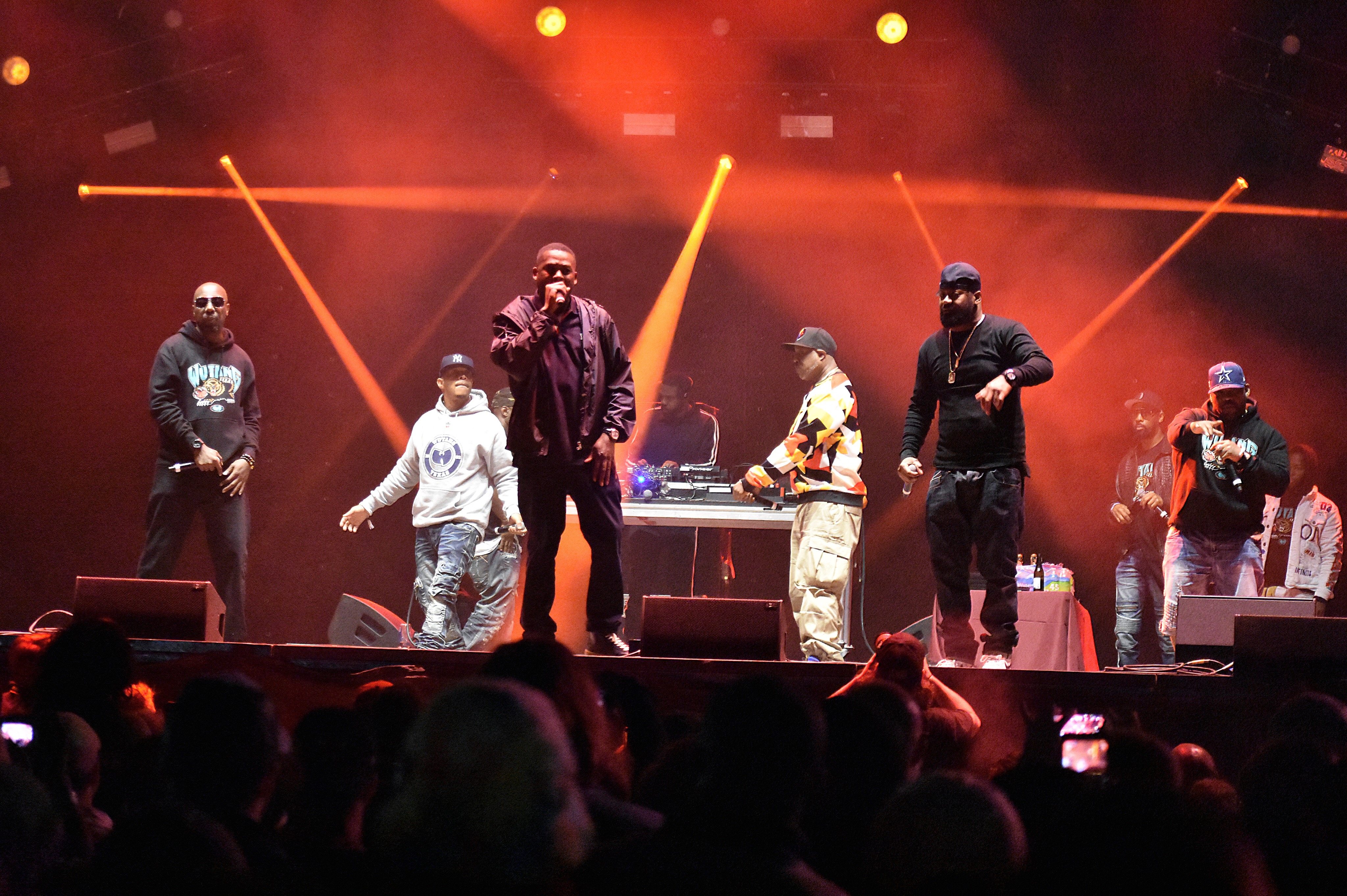 Now in its third year, Mempho Music Festival has become a solid East of 8th annual tradition.  Set on the outer edge of Memphis, Tennessee in Shelby Farms Park, Memphofest is a different kind of festival.  Featuring a yearly lineup of can’t miss acts and a focus on Memphis music history, there’s always a buzz of energy on the festival grounds.   Located in one of the country’s largest urban parks and presented with a laid-back style, it often feels like you are listening to major touring acts from your back porch.

With a lineup featuring a cross section of musical genres and some truly amazing weather, it was an unfortunate surprise that this year’s festival was criminally under attended.  Without pressing crowds, it was easy to sit back and enjoy the show.  However, it made this writer wonder how the secret of this festival gem has not leaked out to the rest of the world.

Mempho always puts the spotlight on the history of the Memphis music scene.  Sun Studio is one of the most famous recording studios in Memphis, but it arguably has a strong claim for the entire world.  From B.B. King to Elvis, Johnny Cash to Jerry Lee Lewis, the studio has been the recording home to many iconic acts.  This year’s Sun Studio Tribute included Amy Levere, Steve Selvidge, David Brookings, John Paul Keith, Will Sexton, Seth Moody, and more.  There was also a special presentation of the Brass Note from the Beale Street Walk of Fame to Jerry Phillips and the Phillips Family for their contribution to the city’s music scene.  The Sun Studio Tribute was a taste of Memphis music culture and something unique to the Mempho Music Festival.

As the final rock n’ roll riffs were fading from the Sun Studio Tribute, the festival’s second stage was just getting started with indie pop rising star Matt Maeson.  With his Bank on the Funeral tour selling out across the country, Mempho offered a rare chance to hear some of Maeson’s songs from his first LP.  It was a little over a year ago that I first caught a live set from the Virginia singer, and the difference a year makes was easily appreciated. Supported by thunderous bass grooves, Maeson has fully embraced the pop side of his act.  His stage presence has also grown—it was easy to get pulled into both his rocking moments with the band and his more delicate songs that put the focus squarely on his vocals.  Maeson added the pop edged transition the festival needed to jump from the history of Sun Studios to the present. 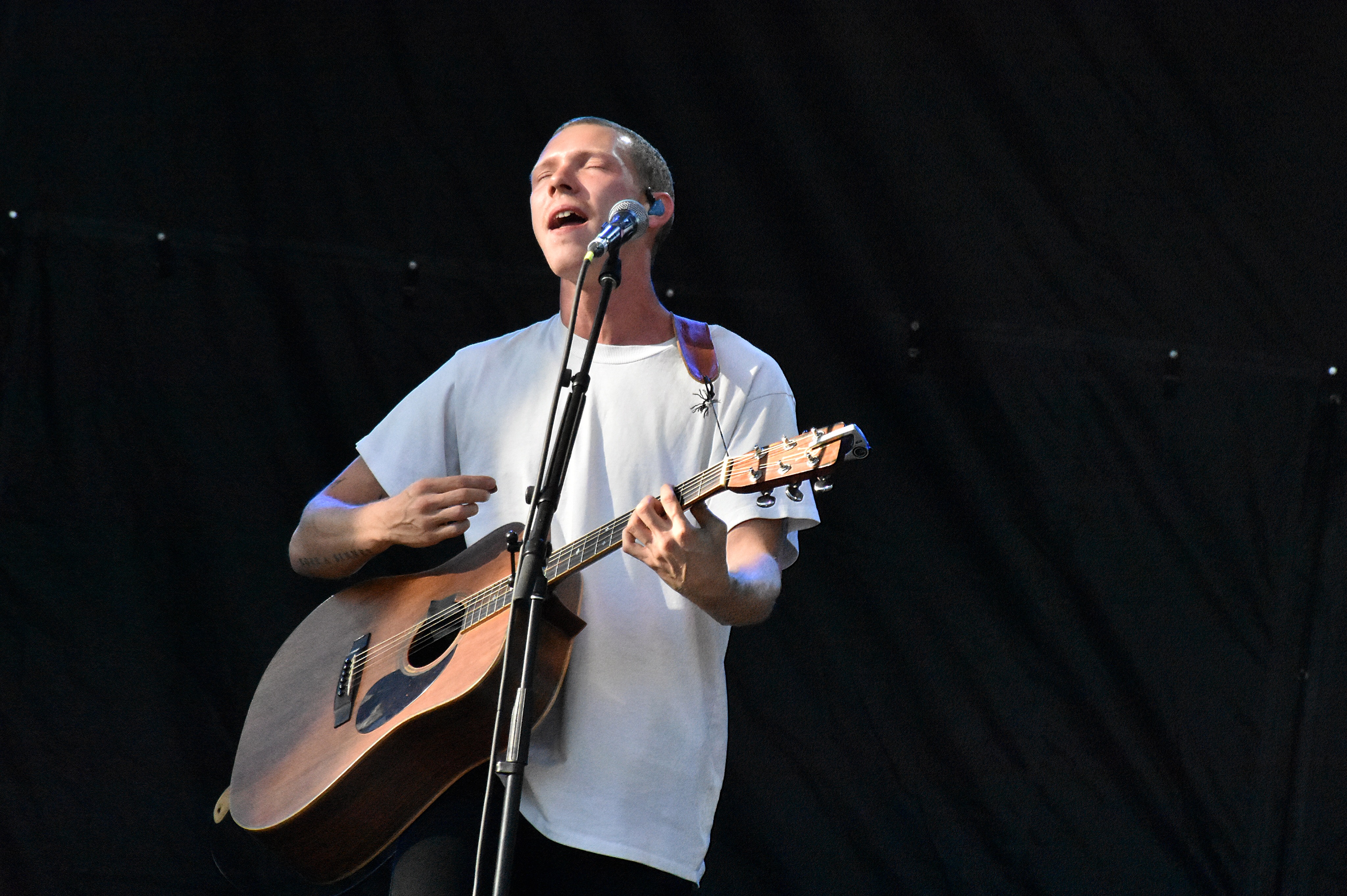 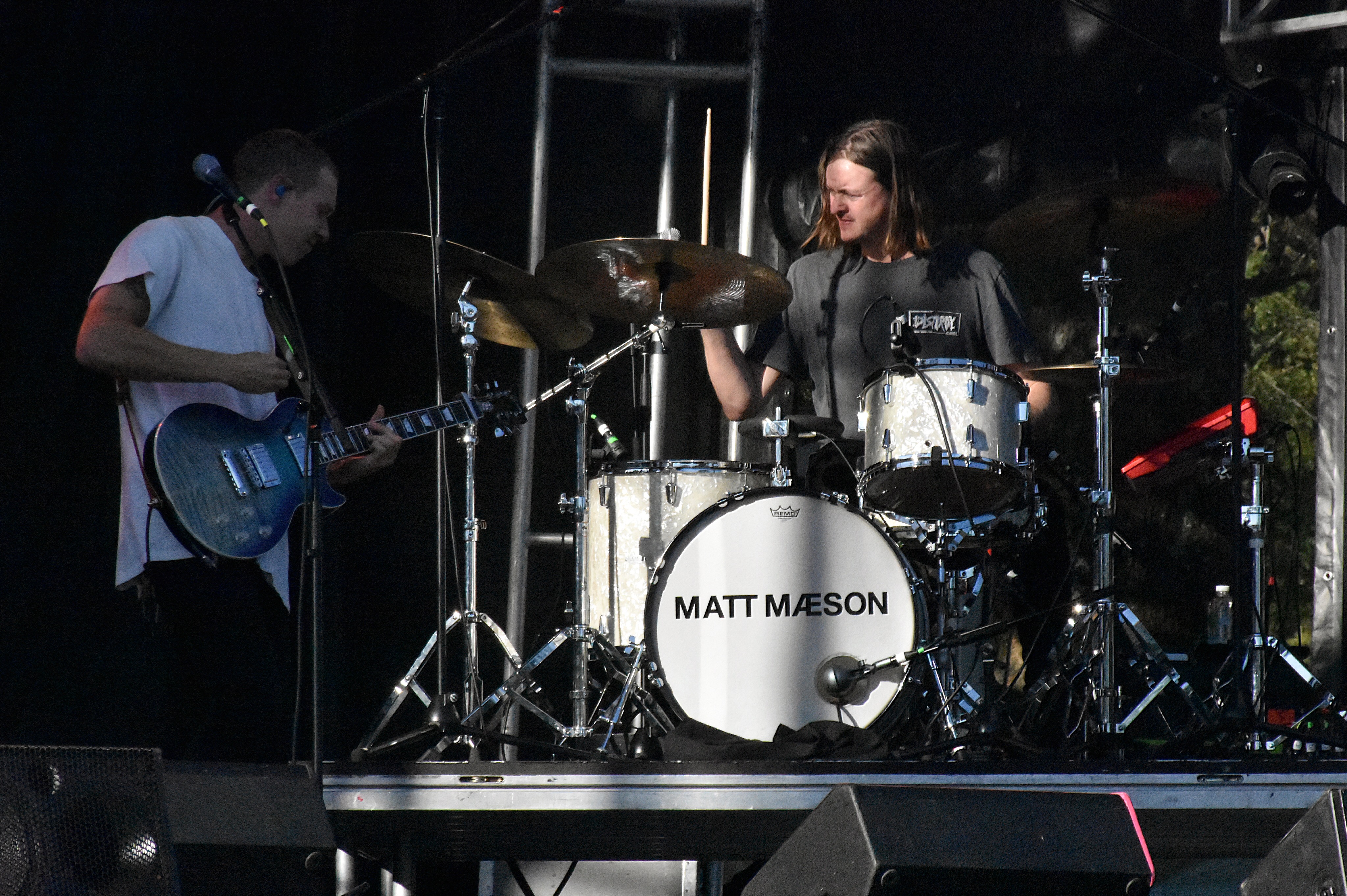 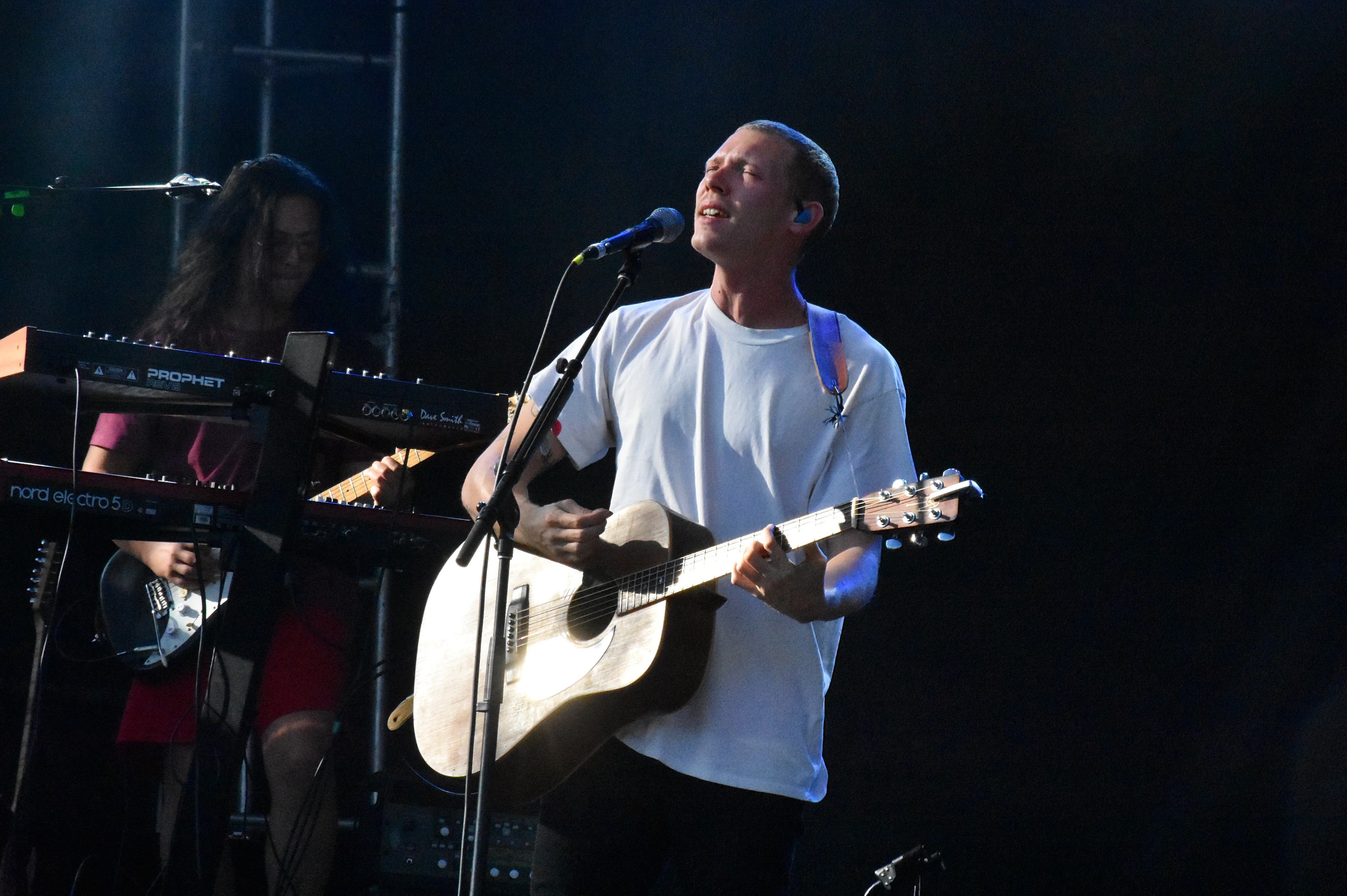 While Nashville thinks of Margo Price as one of their own, her music shares a strong connection with Memphis.  Both of her albums, Midwest Farmer’s Daughter and All American Made, were recorded in Memphis and have ties to Sun Studios and the Phillips Family. Her sound and outlaw style have also transcended the Nashville scene with a universal quality that is readily adopted by anyone that loves good ole country music.  Over the last year, Price has taken on a noticeable rocking, jamming edge, which was front stage for her Mempho set on songs like the funky “Cocaine Cowboys,” and a guitar loaded version of “Tennessee Song.”  However, like a flip of a switch, Price tore through the outlaw country crooner, “Don’t Say It,” and included her take on “9-5” from the iconic crowd favorite Dolly Parton. 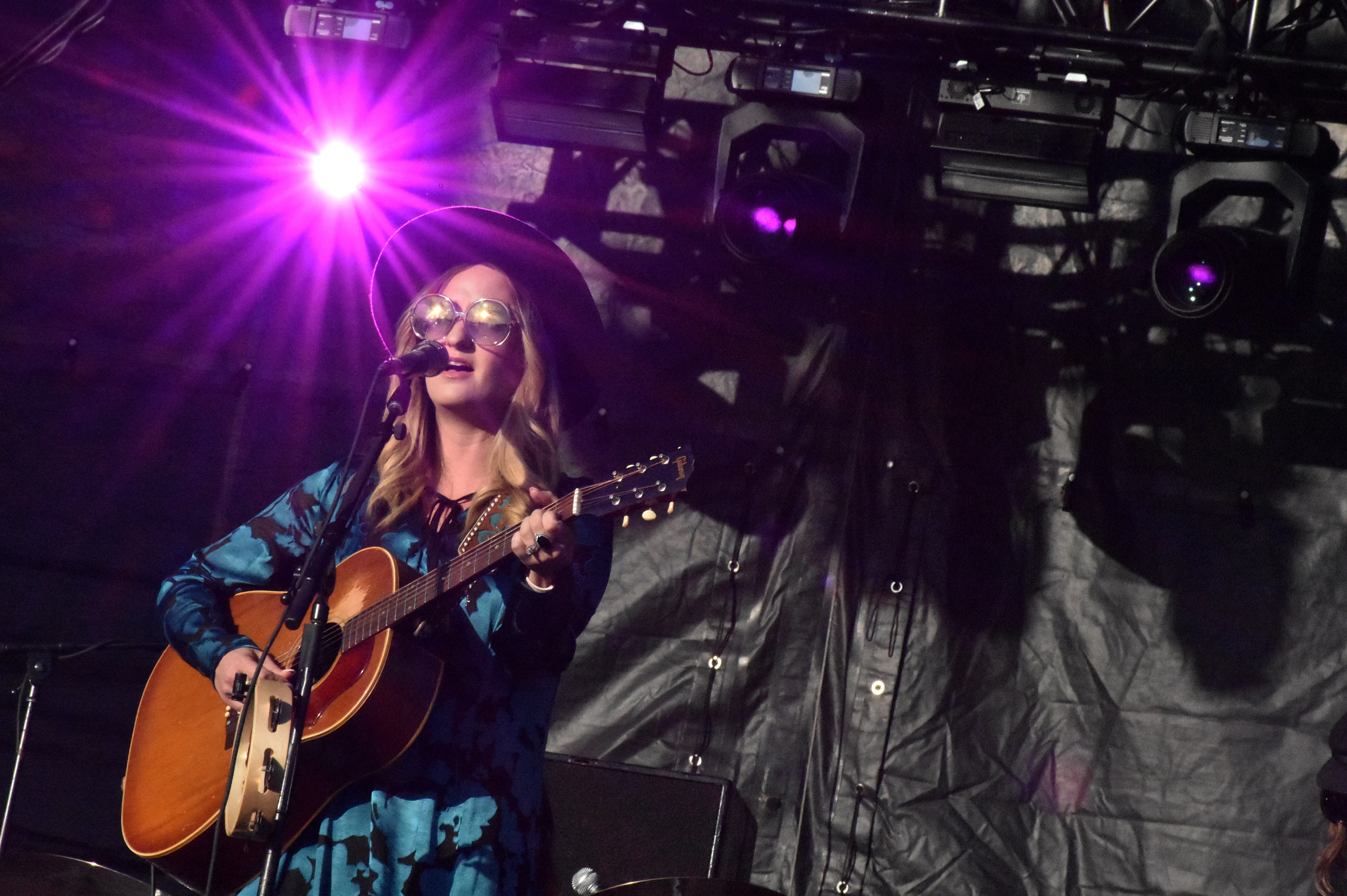 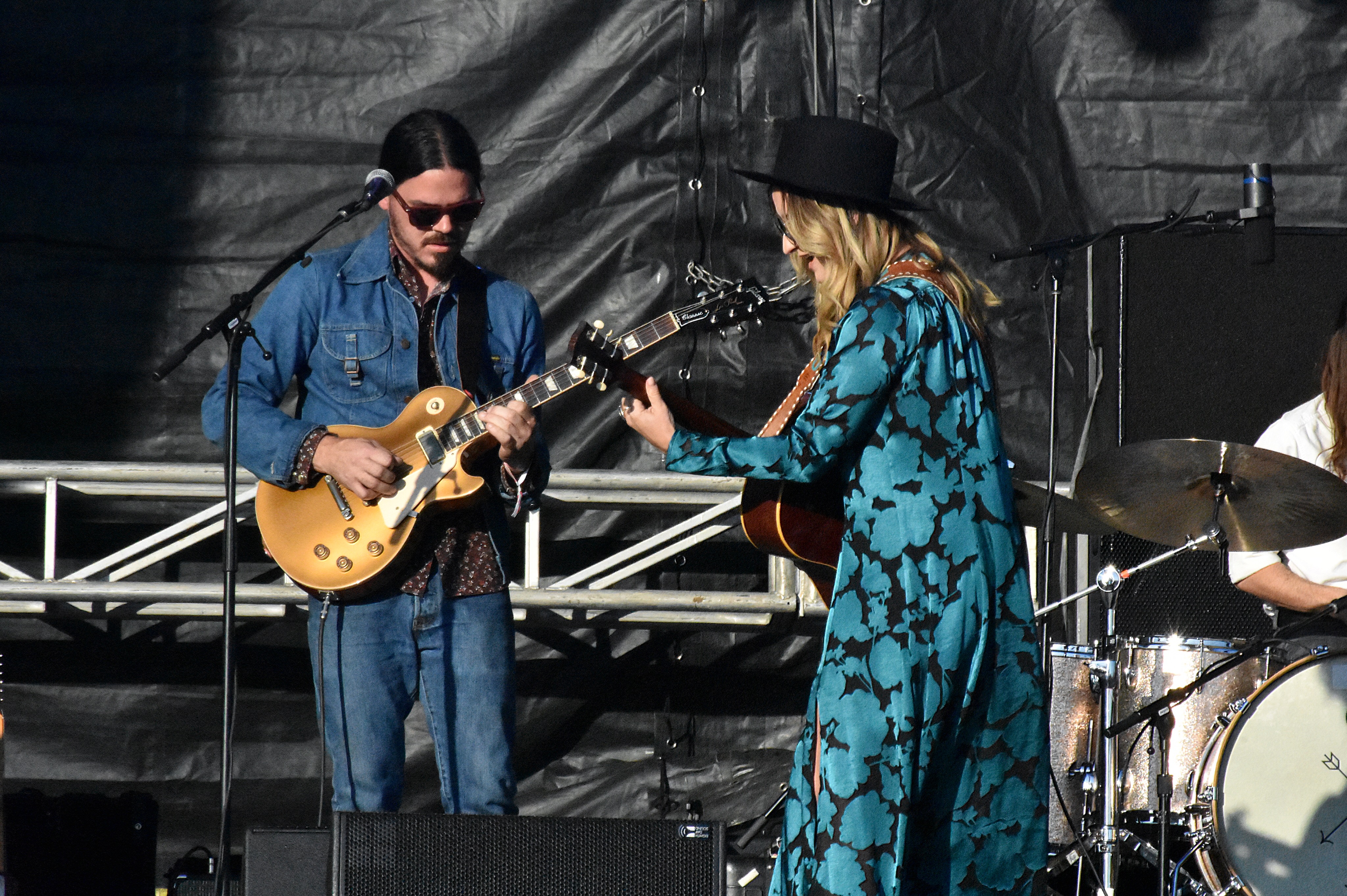 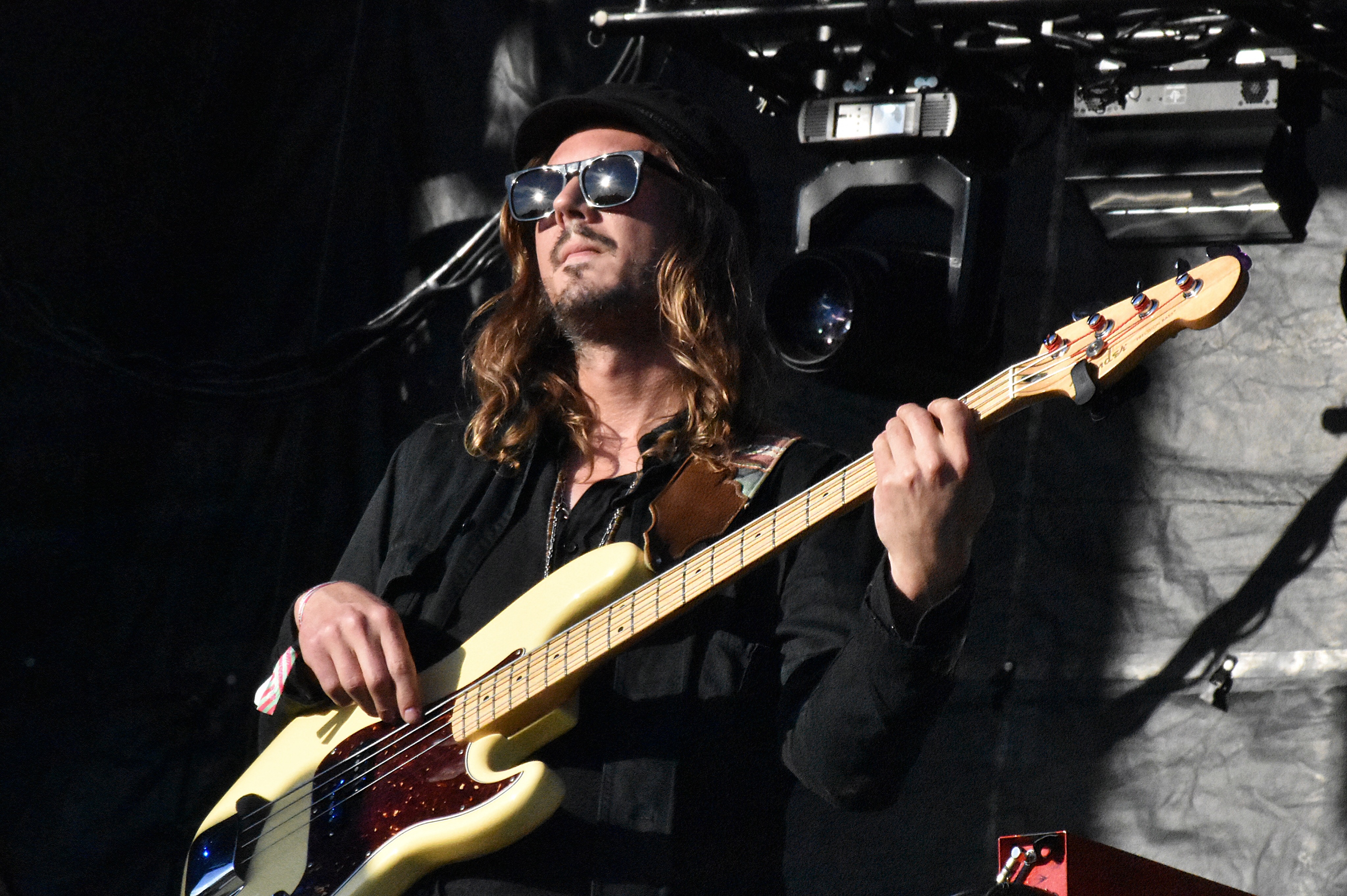 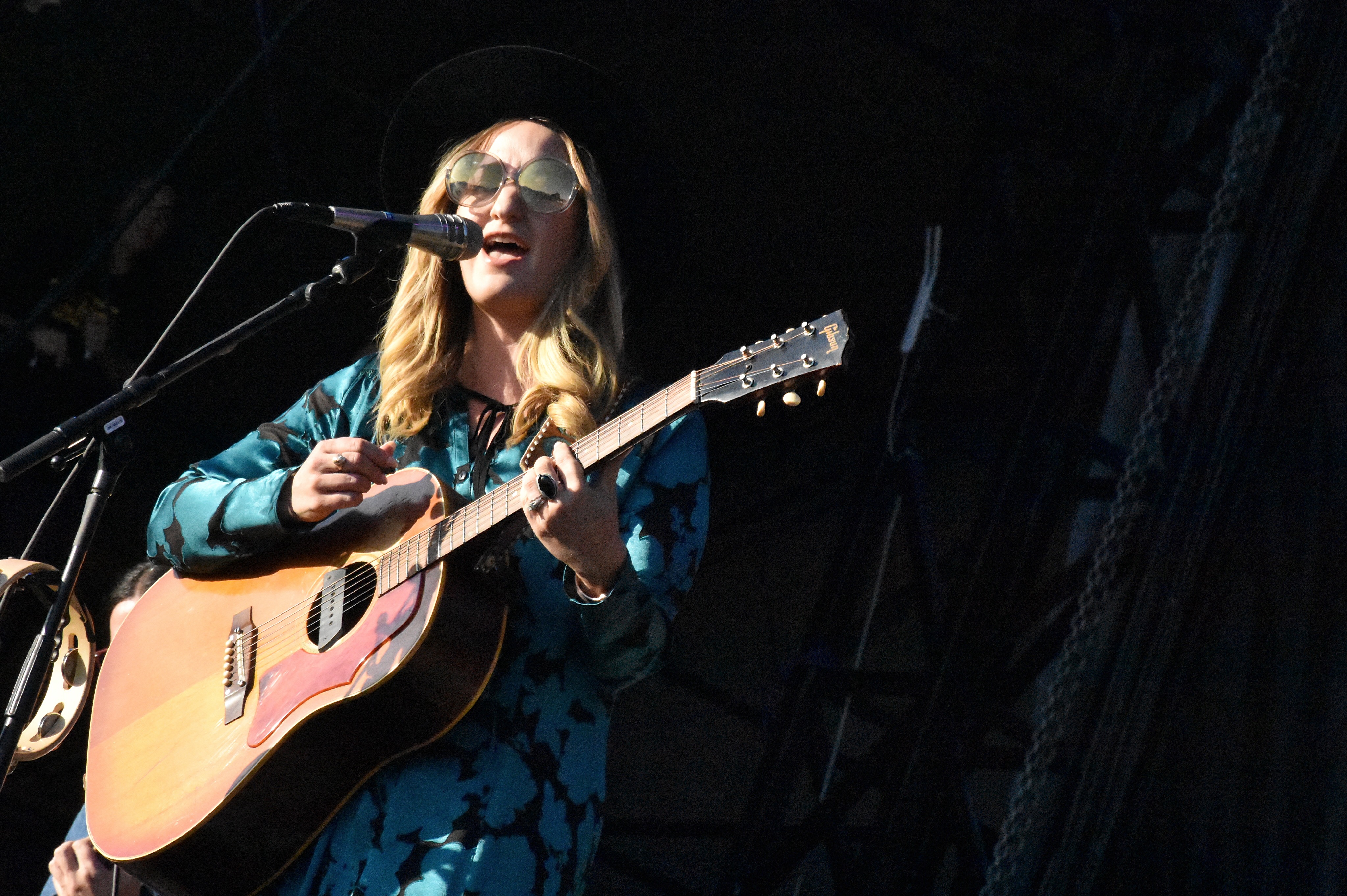 There were plenty of bands I was familiar with on the 2019 Mempho lineup, but one of the most exciting shows came from a group that I had previously known in name only.  For just under an hour, Reignwolf shredded the Mempho stage—figuratively most of the time, literally others.   Where such a high energy show could come off as forced for some artists, this band had legit rock swagger.  Backing up their dynamic stage presence with roaring guitar riffs and thunderous bass and drum grooves, the group also drew the most reactive crowd of the weekend, with fans crushing against the rails each time lead singer Jordan Cook left the stage to be closer to the field.   Picking a favorite moment of the set is impossible.  While it could be the band’s most recognizable song, “Are You Satisfied?,” it could also easily be when the entire band moved off stage onto a platform for the show closing, “Hardcore.”  Despite plenty of memories from Day 1 at the 2019 Mempho Music Festival, the Reignwolf show was the most talked about the next day. 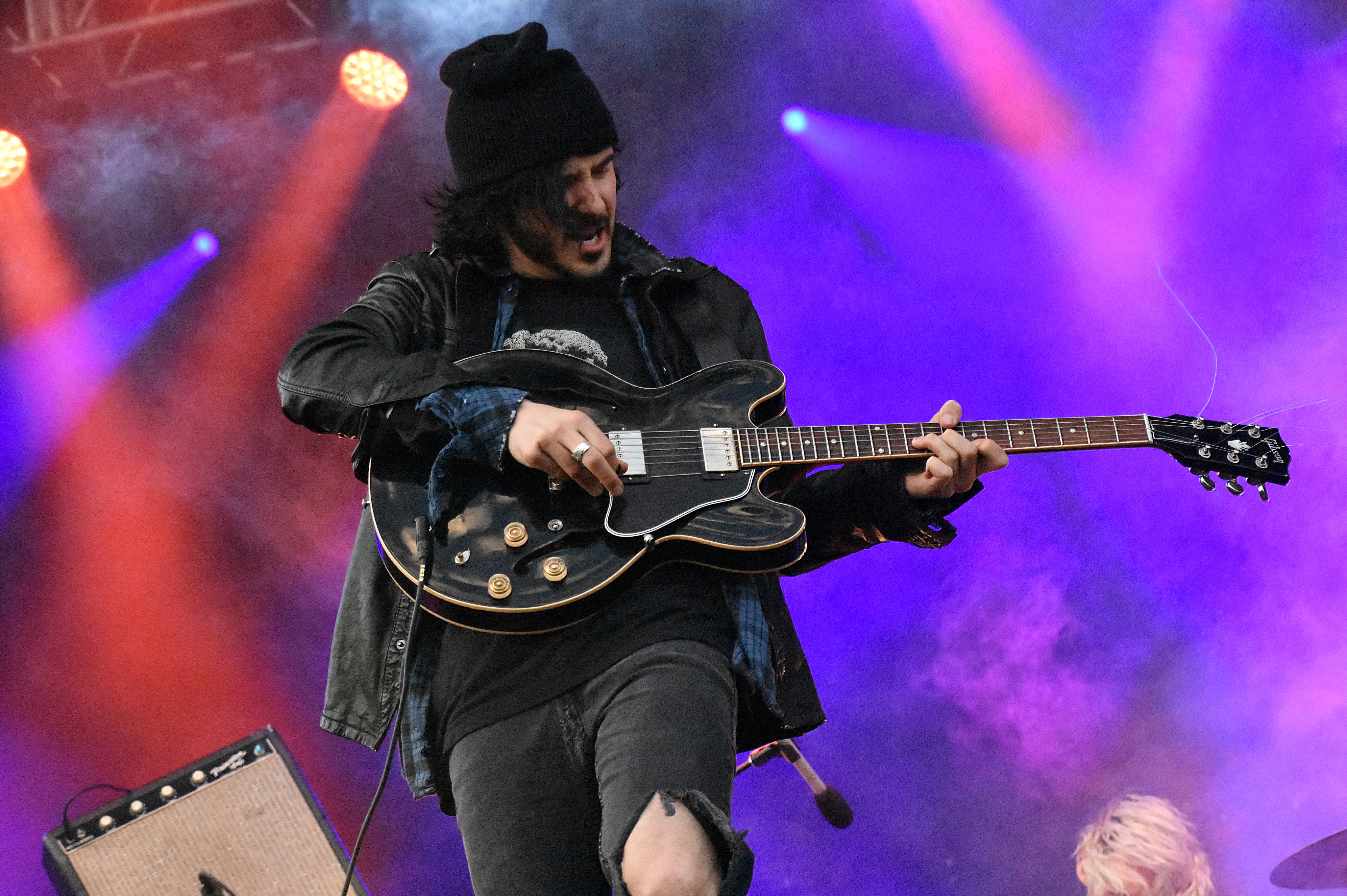 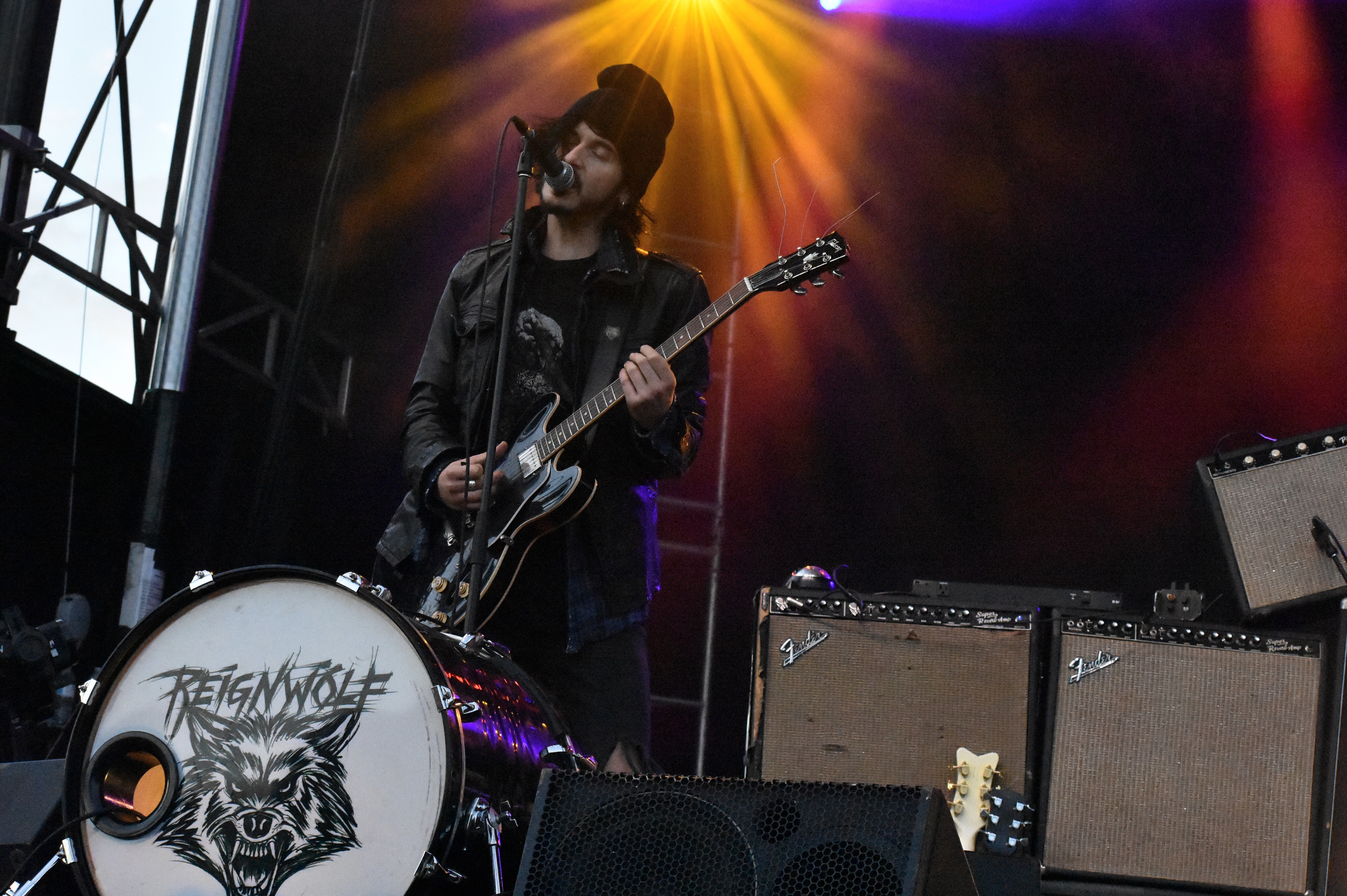 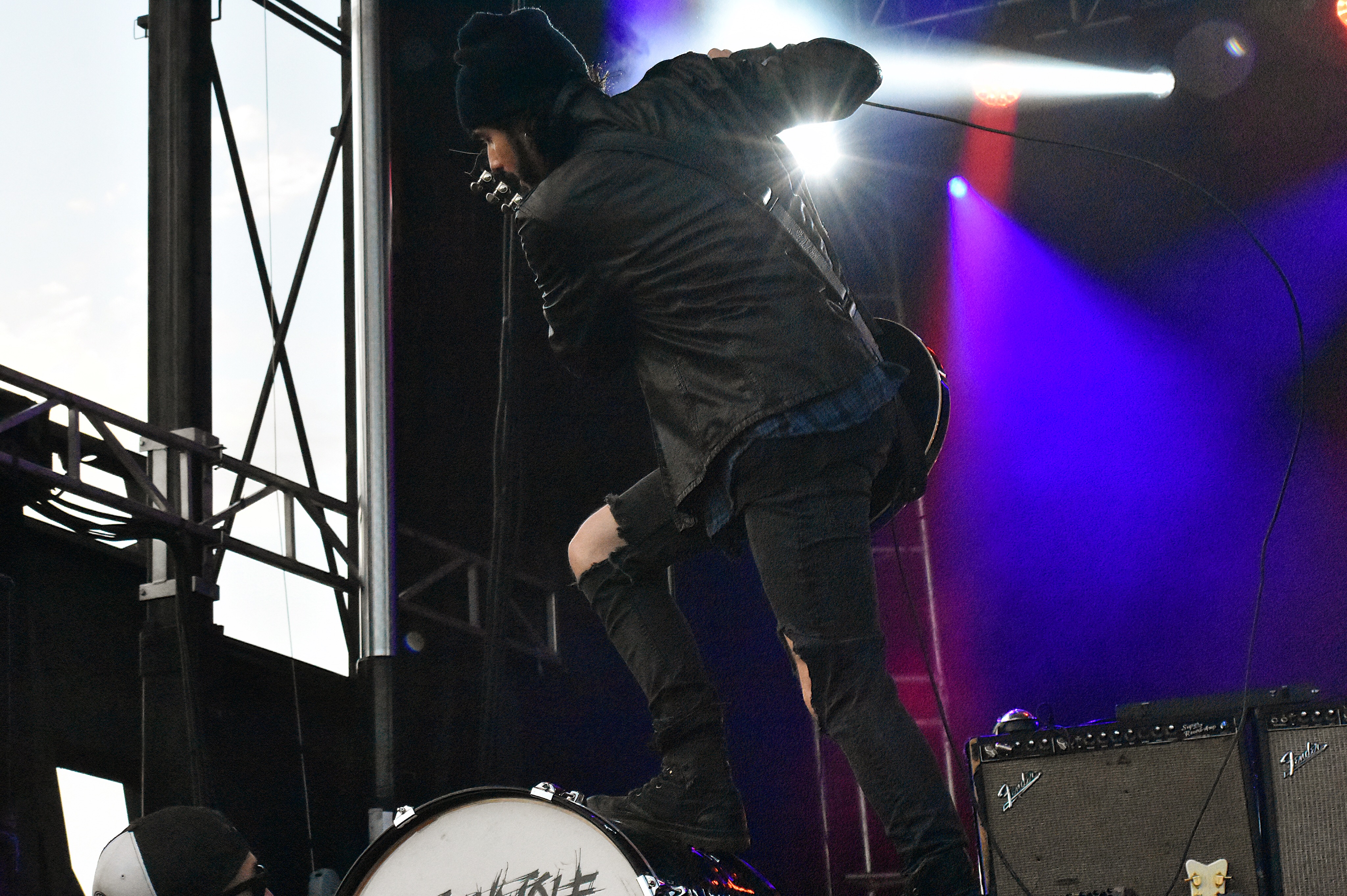 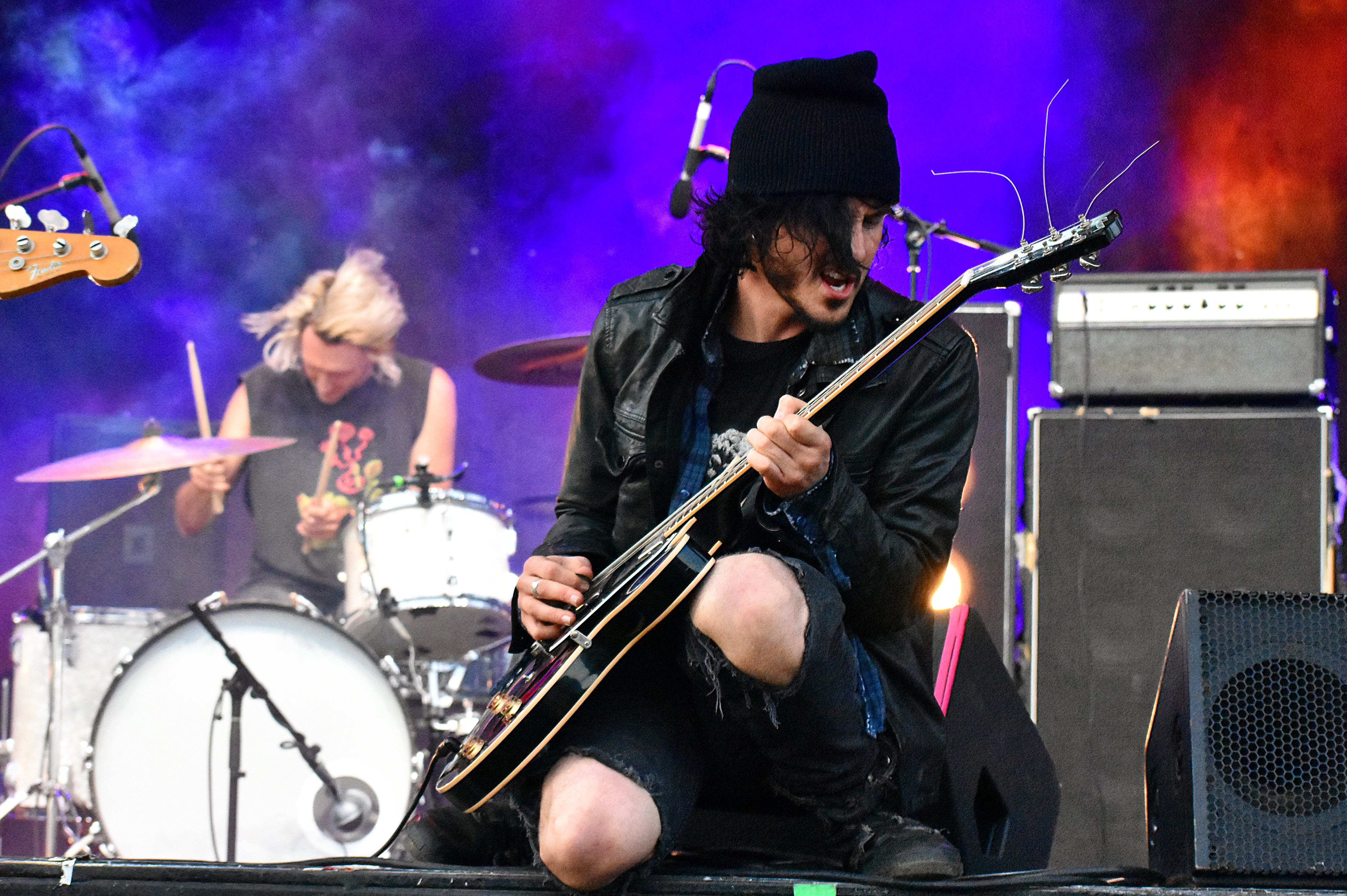 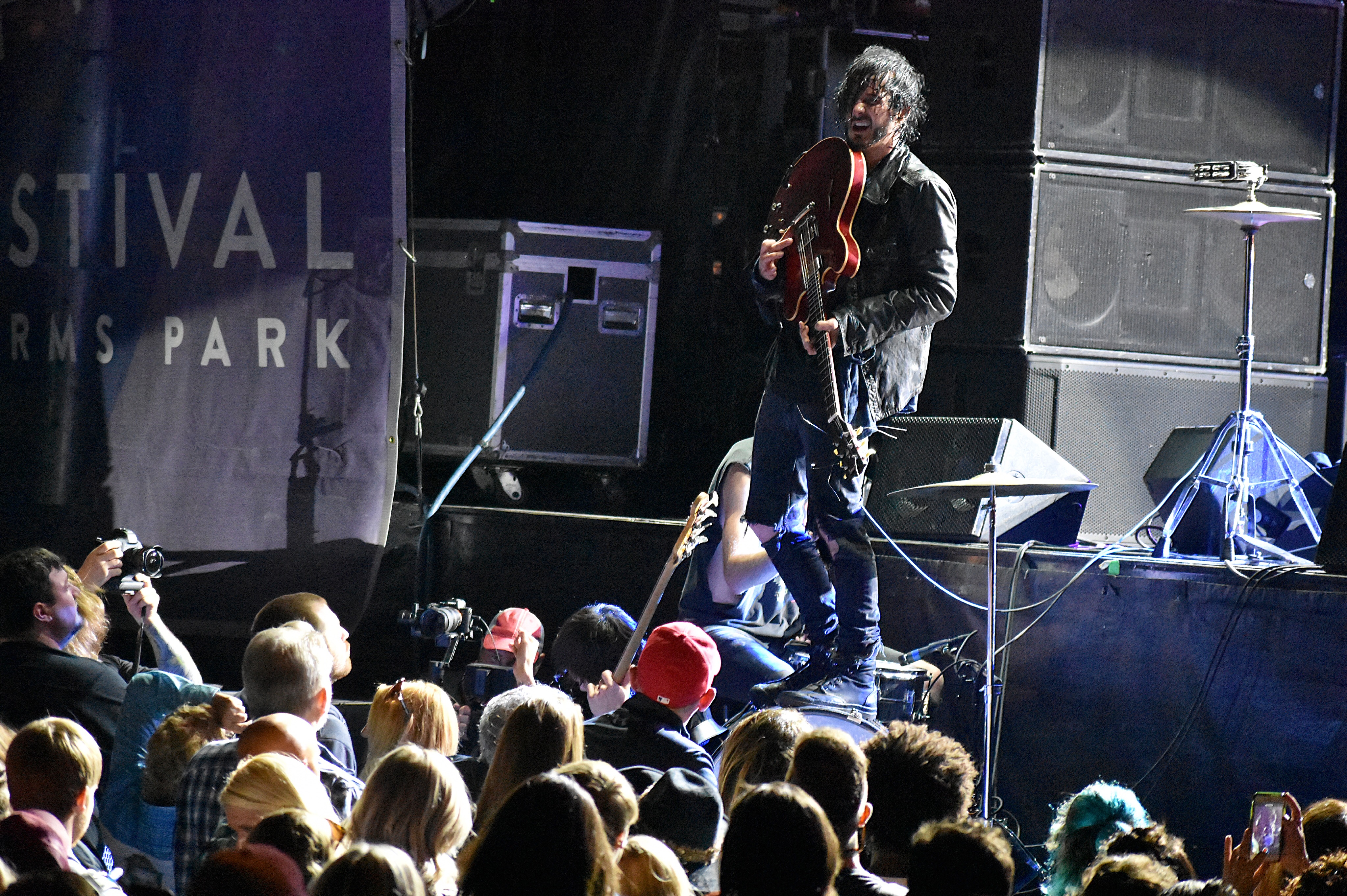 Where music festival crowds often find their silos (yes *cringe* I used that word), Mempho stands out as a place where the people come together for great music.  A place where you see as many Raconteurs shirts at a Wu-Tang show as vice versa. While Wu-Tang Clan may not be in East of 8th’s normal coverage, you never miss the chance to hear a legendary act.  With the crowd creating a surprisingly chill vibe, the band stood in stark contrast as the group’s stage presence could be called, at best, organized chaos.  Partly a byproduct of having 10 people on stage all handing off lyrics and partly Wu-Tang’s beloved freestyle core, the randomness of the show actually seemed normal.  The group may have been missing Method Man for Mempho, but there was no denying the rap star power that was on the stage.  The reality of the moment set in most for me when the band hit on classics like “C.R.E.A.M.” and “Protect Ya Neck,” but the crowd was of course the loudest while shouting along to their classic anthem, “Wu-Tang Clan Ain’t Nuthing ta F’ Wit.” 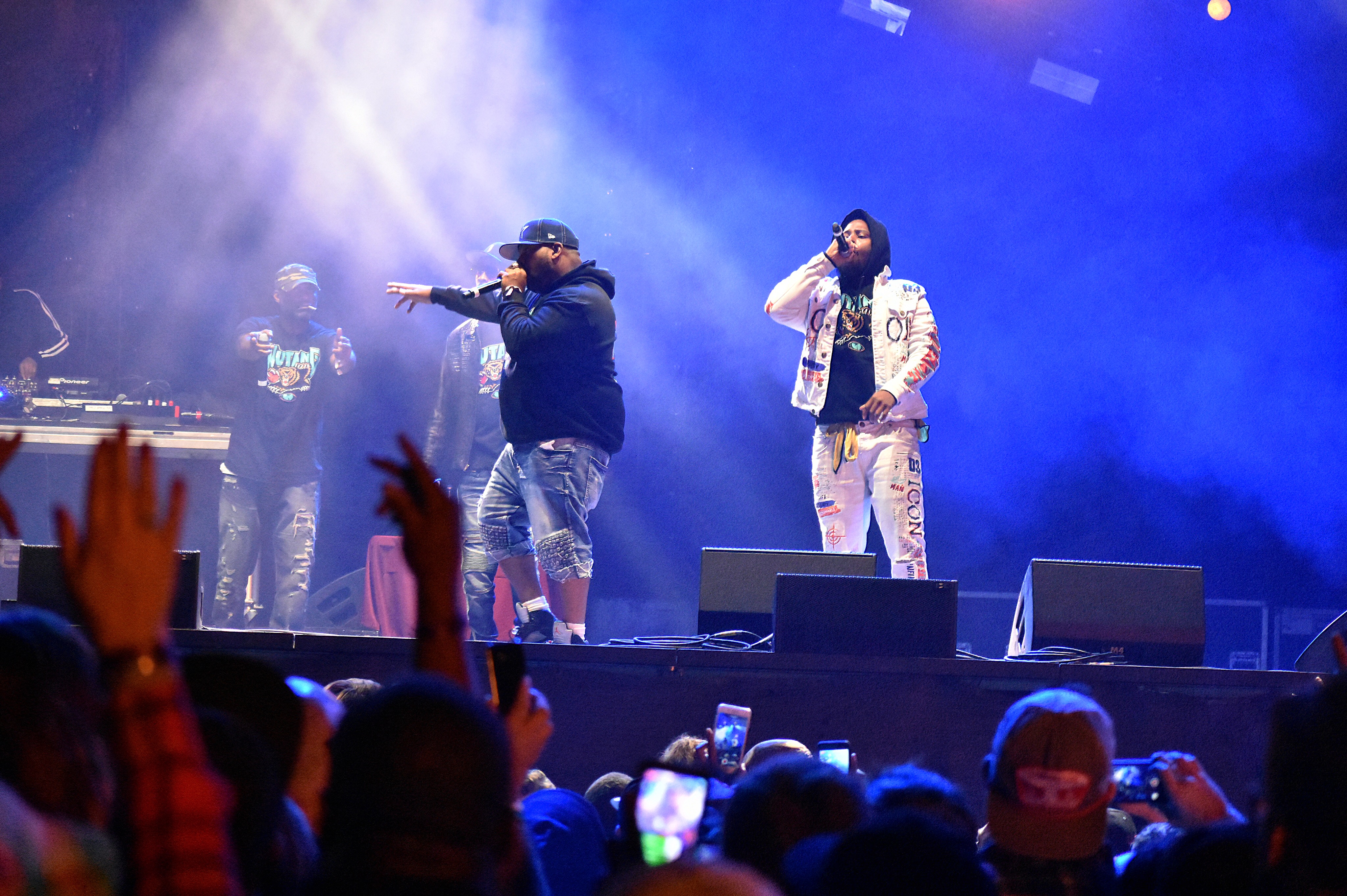 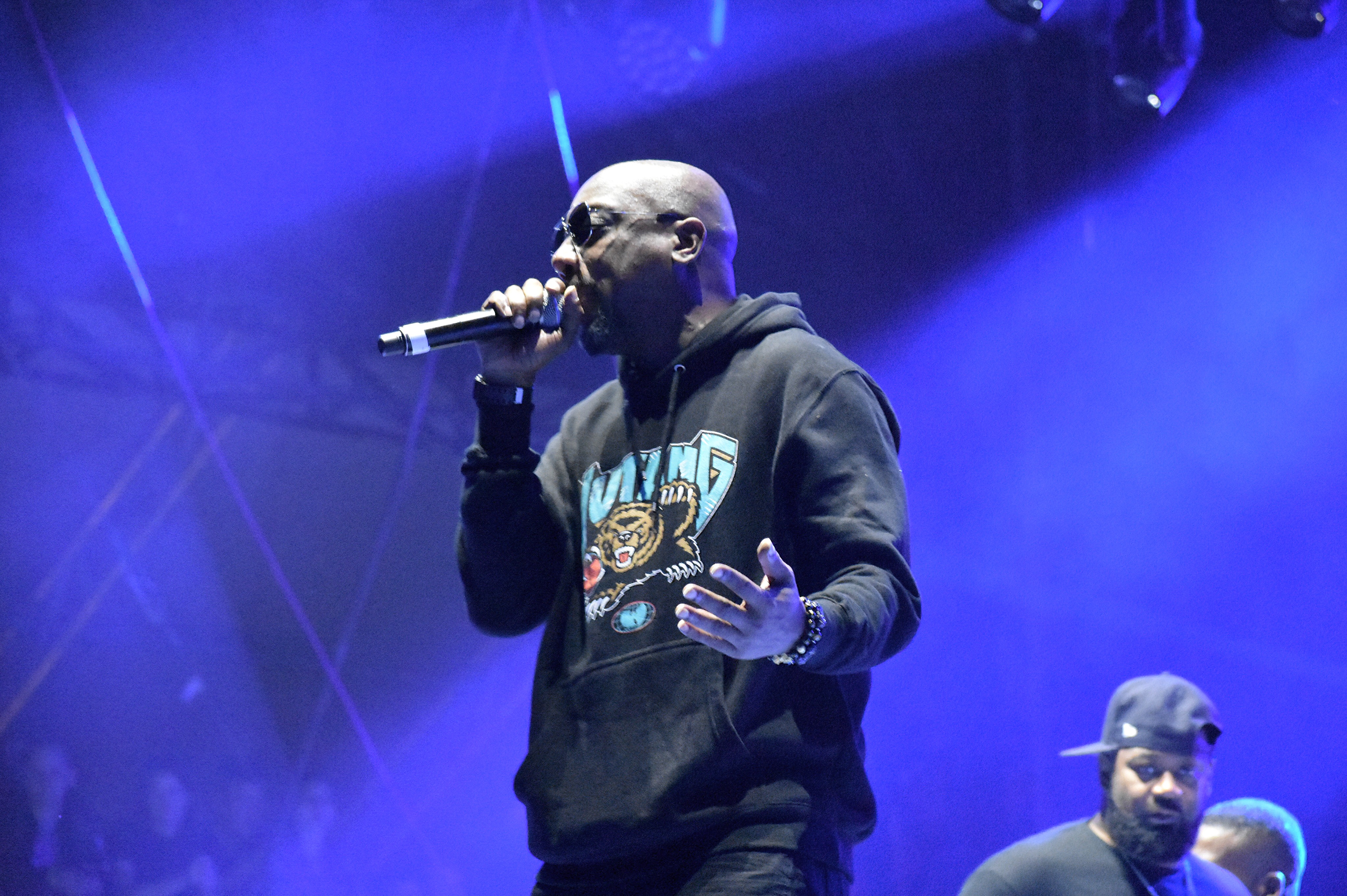 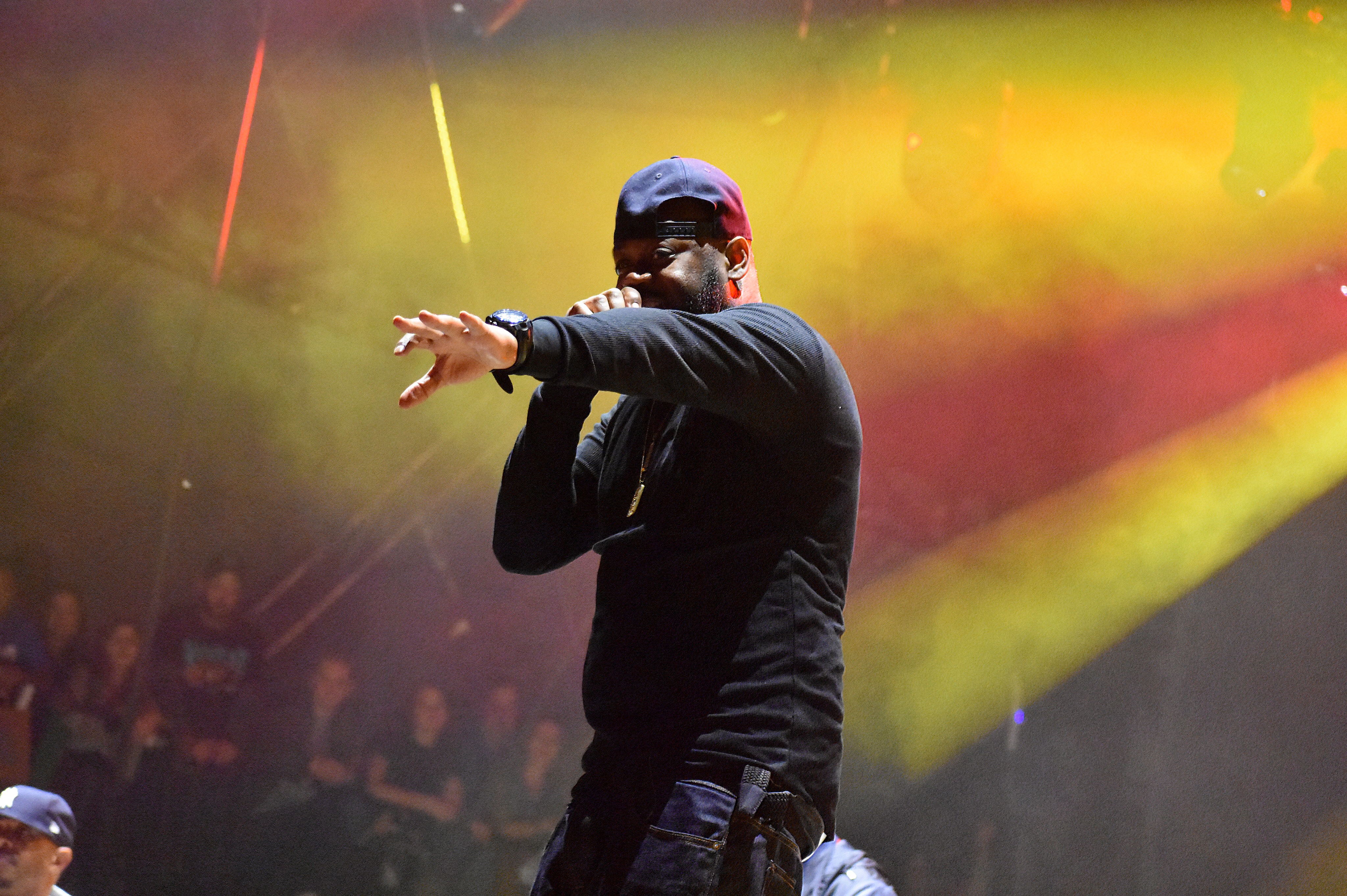 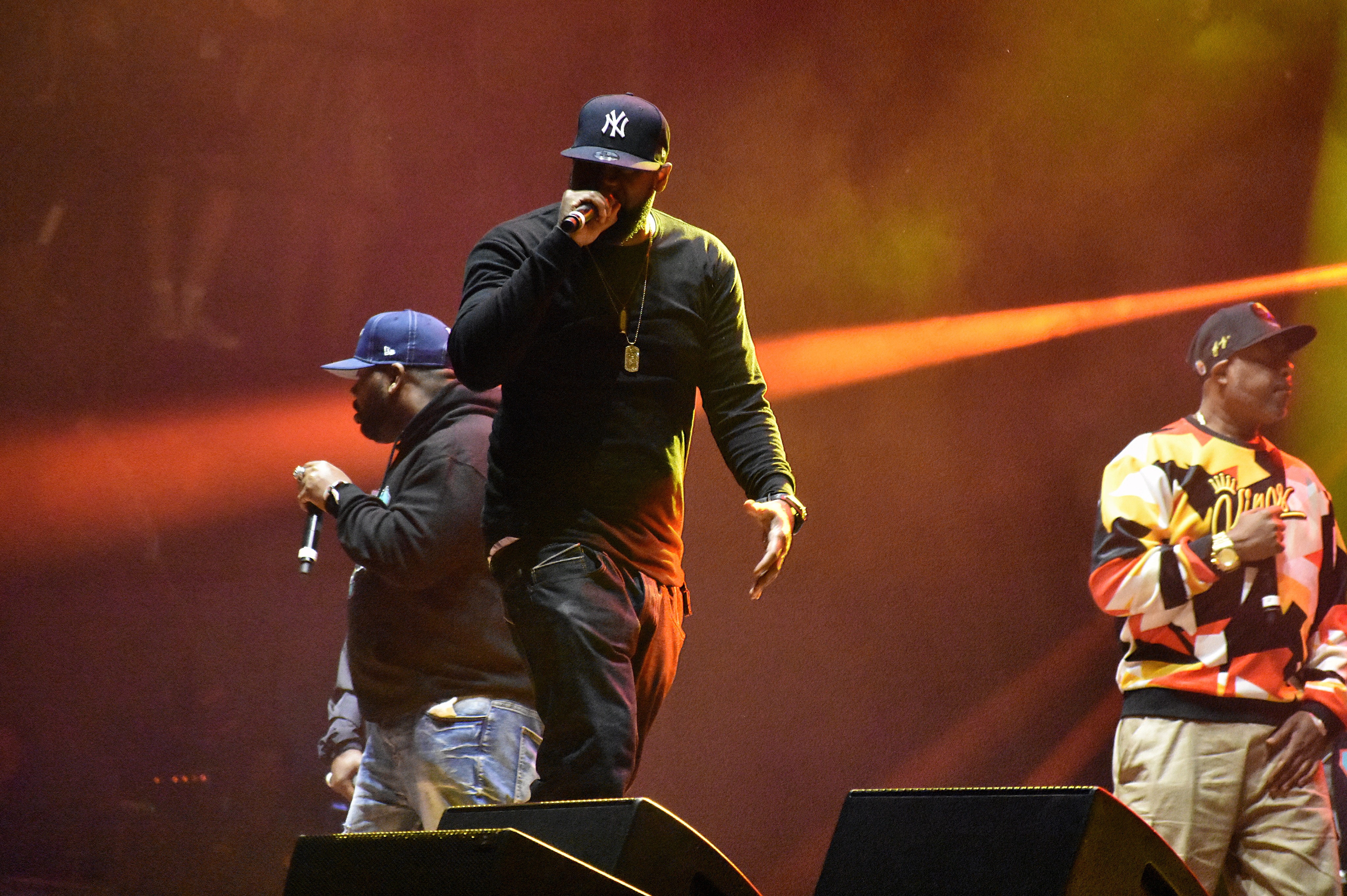 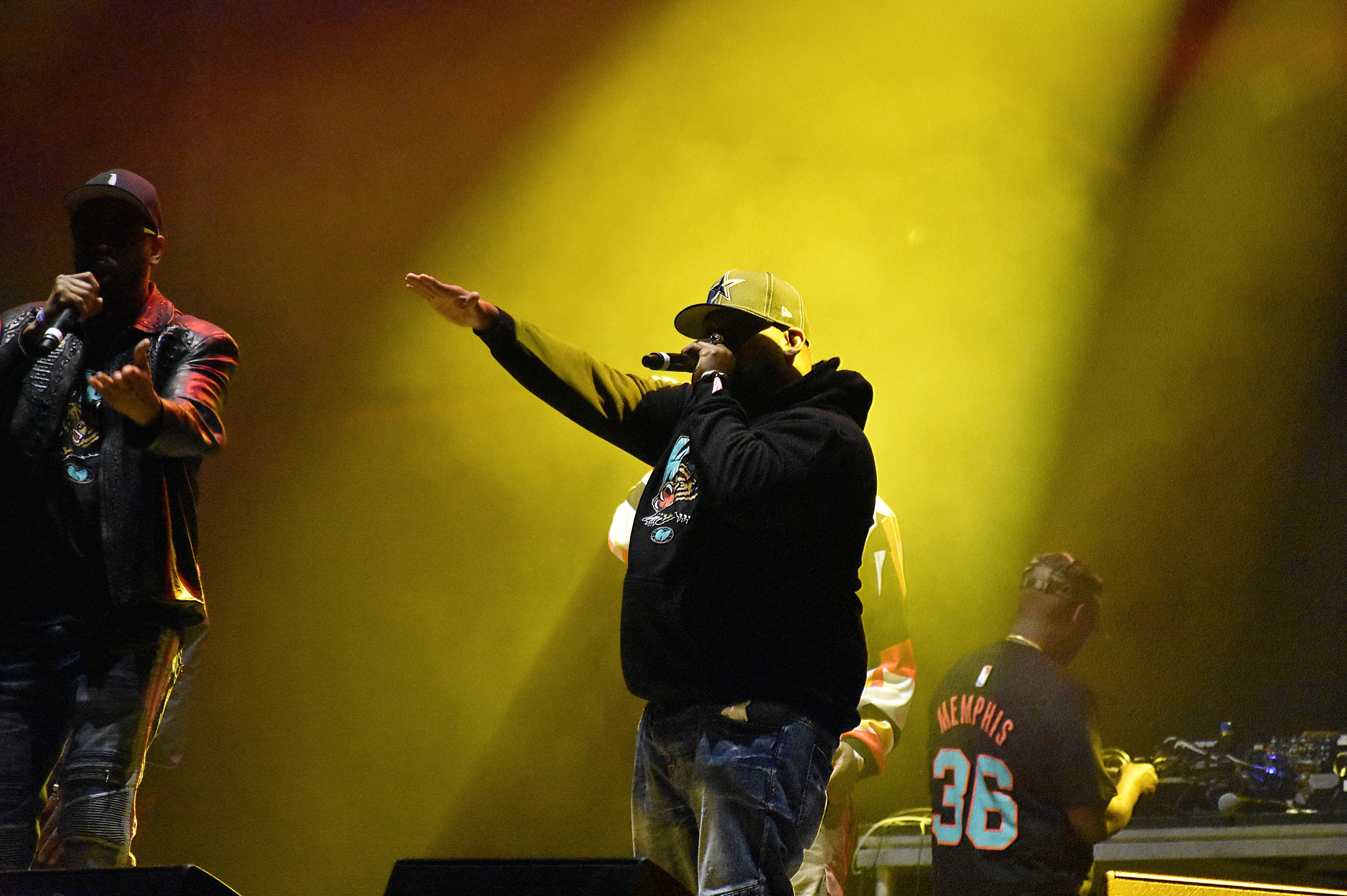 Mempho has now made it a tradition to close out its first night with a high-energy rock show that leaves you craving even more.  Cage the Elephant brought their live show insanity to the festival in ‘17 and Beck had us clapping our hands for two hours in ’18. For 2019, the festival welcomed the polished yet dynamic, modern yet classic cool, The Raconteurs.  While many people I talked to at the festival spoke of The Raconteurs as Jack White or Jack White’s band, a Jack White solo show is something much different from what I witnessed at Mempho.  As a friend of mine in the crowd—a Jack White aficionado—rightly observed, White seemed more relaxed as a Raconteur.  He was having more fun.

Living in Nashville, the spotlight has been on the band’s newest album, Help Us Stranger, and there were plenty of tracks from that album played during the concert. However, the band put together a setlist that was almost a perfect balance from all three of the group’s albums.  The bluesy, almost rambling “Blue Veins” served as the perfect “last song” teaser before the band closed out with the stomping riffs of “Help Me Stranger” and a hard hitting, sing-along inducing finale of “Steady, as She Goes.”  It was a show that by itself would have been worth the drive to Memphis.

As the Mempho Stages went quiet, a giant fireball filled the night sky from Mempho’s Incendia Dome, beckoning revelers to dance along with the fire at one last DJ set.  Even non-dancers must admit there’s something enticing about an explosion of fire and a head-nodding beat. However, after a marathon day of live music, I opted to get some rest and recharge for Sunday at Mempho Music Festival.  With Brandi Carlile scheduled to close out the festival, I knew it was going to be show I didn’t want to miss. 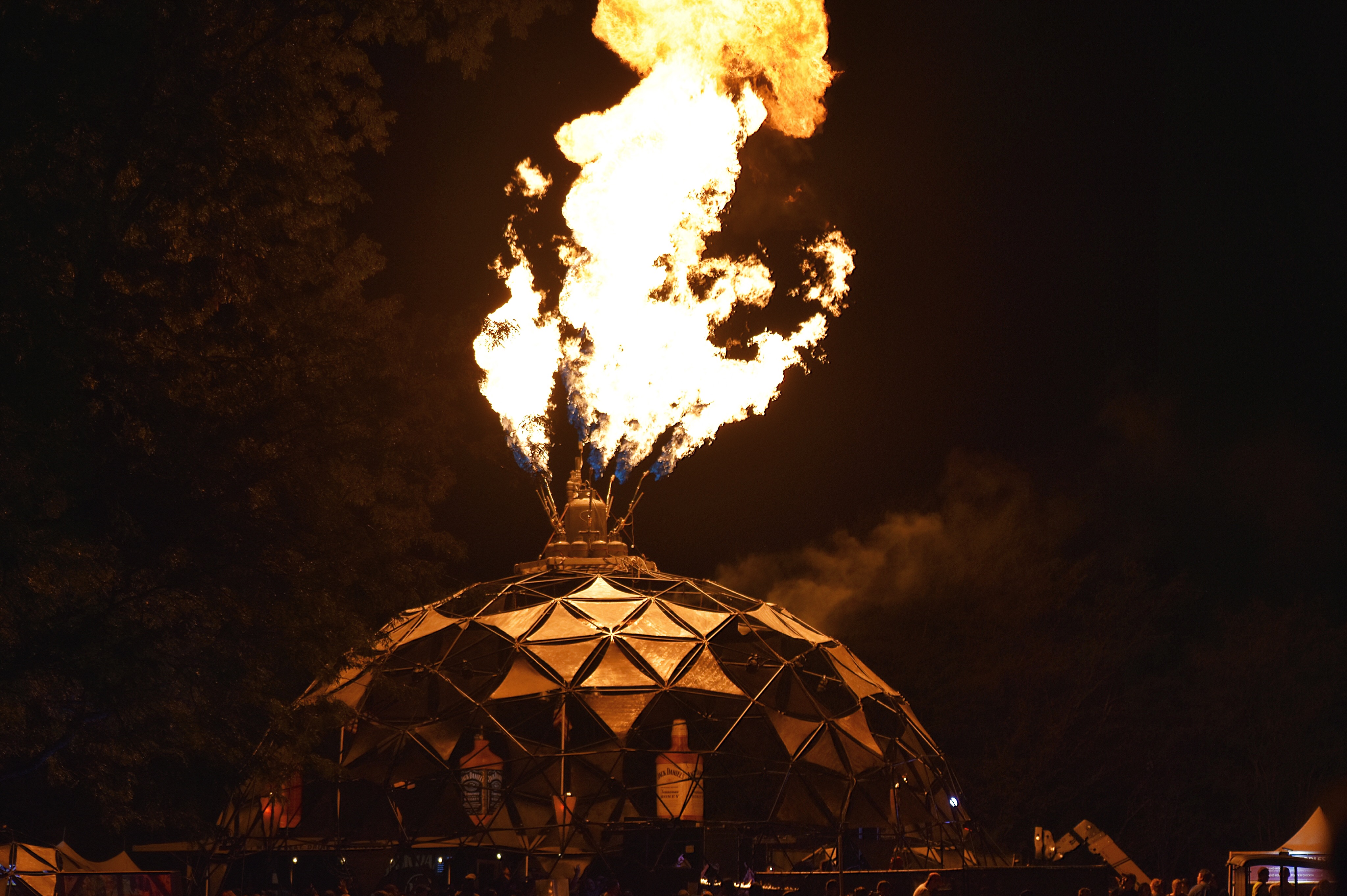