There is something special developing in the music festival scene and it’s coming out of Memphis, Tennessee. Back for its second year, the 2018 Mempho Music Festival boasted a lineup that was impossible to resist. Last year, the festival showcased Memphis flavor by bringing together a healthy dose of blues and soul legends, indie rockers, local favorites, and scored a coup by landing Jason Isbell’s only 2017 festival show. For 2018, the festival expanded its uniqueness and geographic reach by bringing in rocking stalwarts of the music festival scene Phoenix and Beck, greatly increased its hip-hop presence, added a DJ Dome and Silent Disco–yet still managed to remember its Memphis roots. 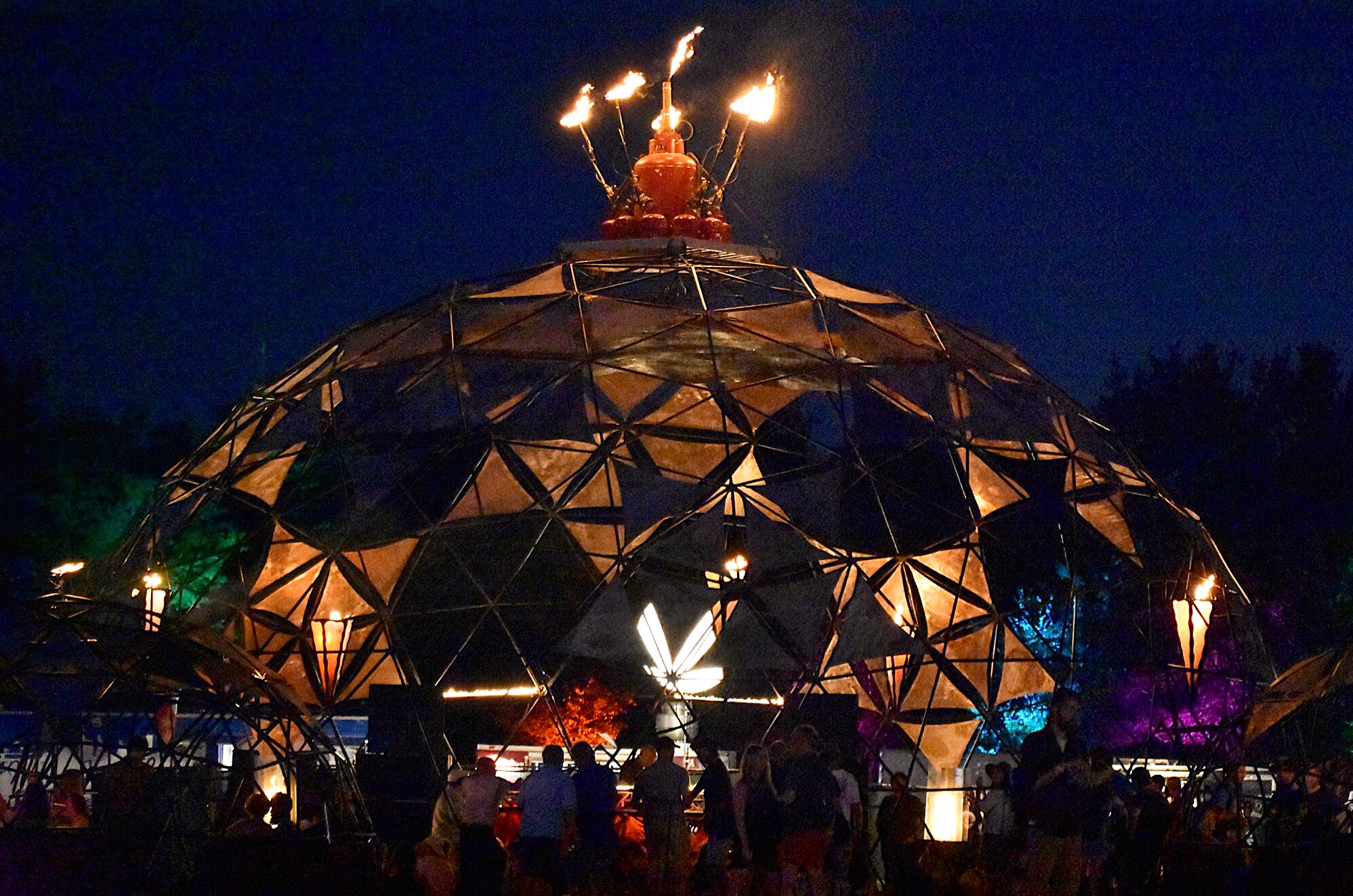 After having already attended seven music festivals this summer, a touch of artist fatigue has set in from seeing the same acts on repeat. At the Mempho Music Festival, I covered seven shows and listened in on a few others on my way from one stage to the other–all without duplicating a single act I had already heard in 2018. Mempho’s lineup was the perfect antidote to the repetitive festival ennui.

You will probably remember from my coverage of the 2017 fest that I was slightly obsessed with the fact that the festival’s venue, Shelby Farms Park, had its own herd of buffalo.  Located between the fest’s parking area and its entrance gates, the quiet bovines embraced their stardom and hung close to their enclosure fence, allowing incoming music fans to get a closer look.  This is such a unique feature of the park that it was impossible not to stop to take a couple quick pictures. 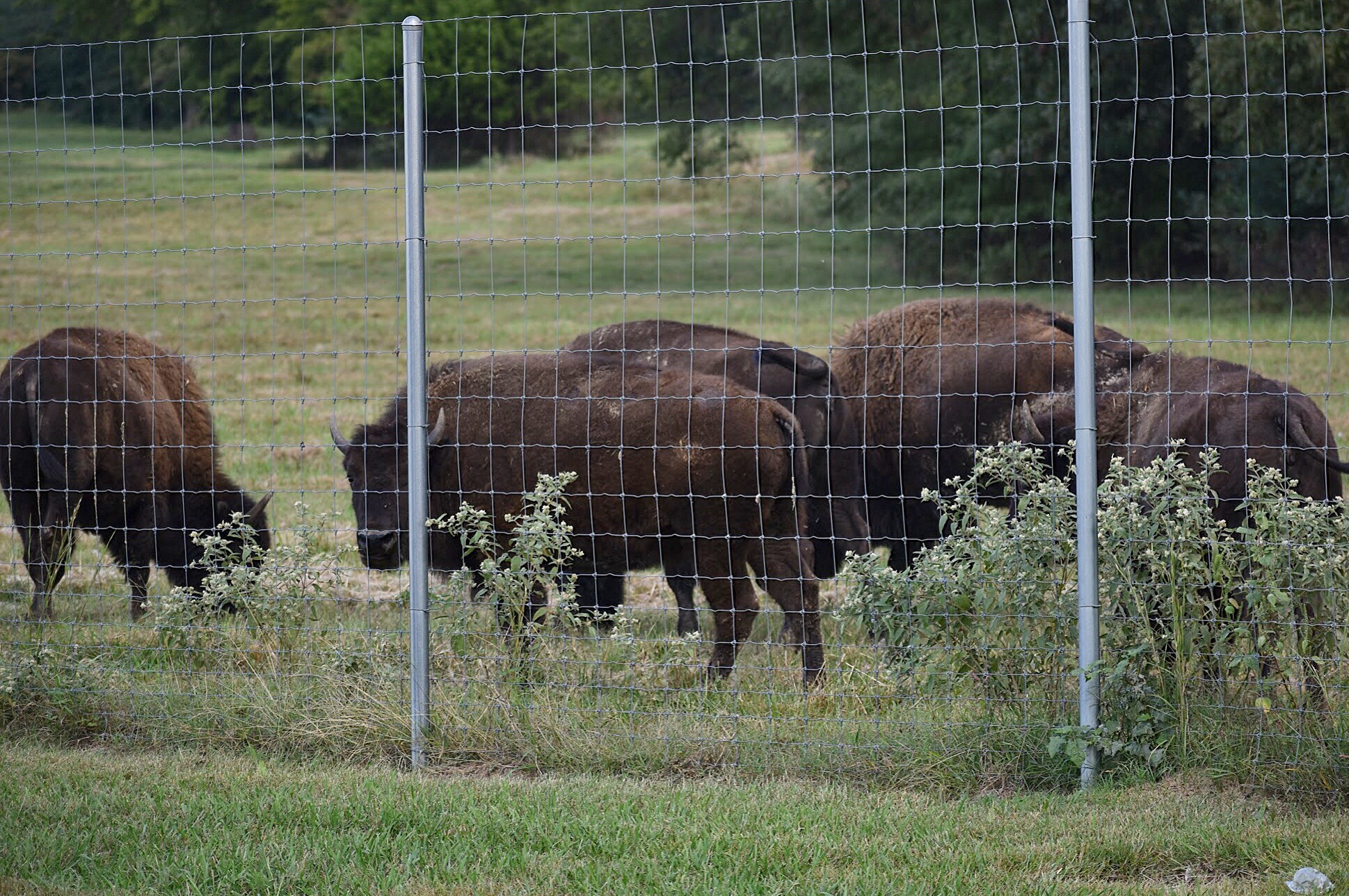 The  Mempho Music Festival continues to put the spotlight on the city’s diverse music scene ranging from hip-hop, to blues, to rock. My 2018 Mempho experience started with a showcase of rising Memphis rappers with instrumental backing coming from legendary Memphis producer Boo Mitchell.  I made a quick stop off at the showcase to watch The Product take the stage and get the early arriving crowd moving.  Playing the keys as part of his band Boo Mitchell & The Kings, you could tell Mitchell was having fun being outside the production booth and sharing the spotlight of the stage with the local artists. 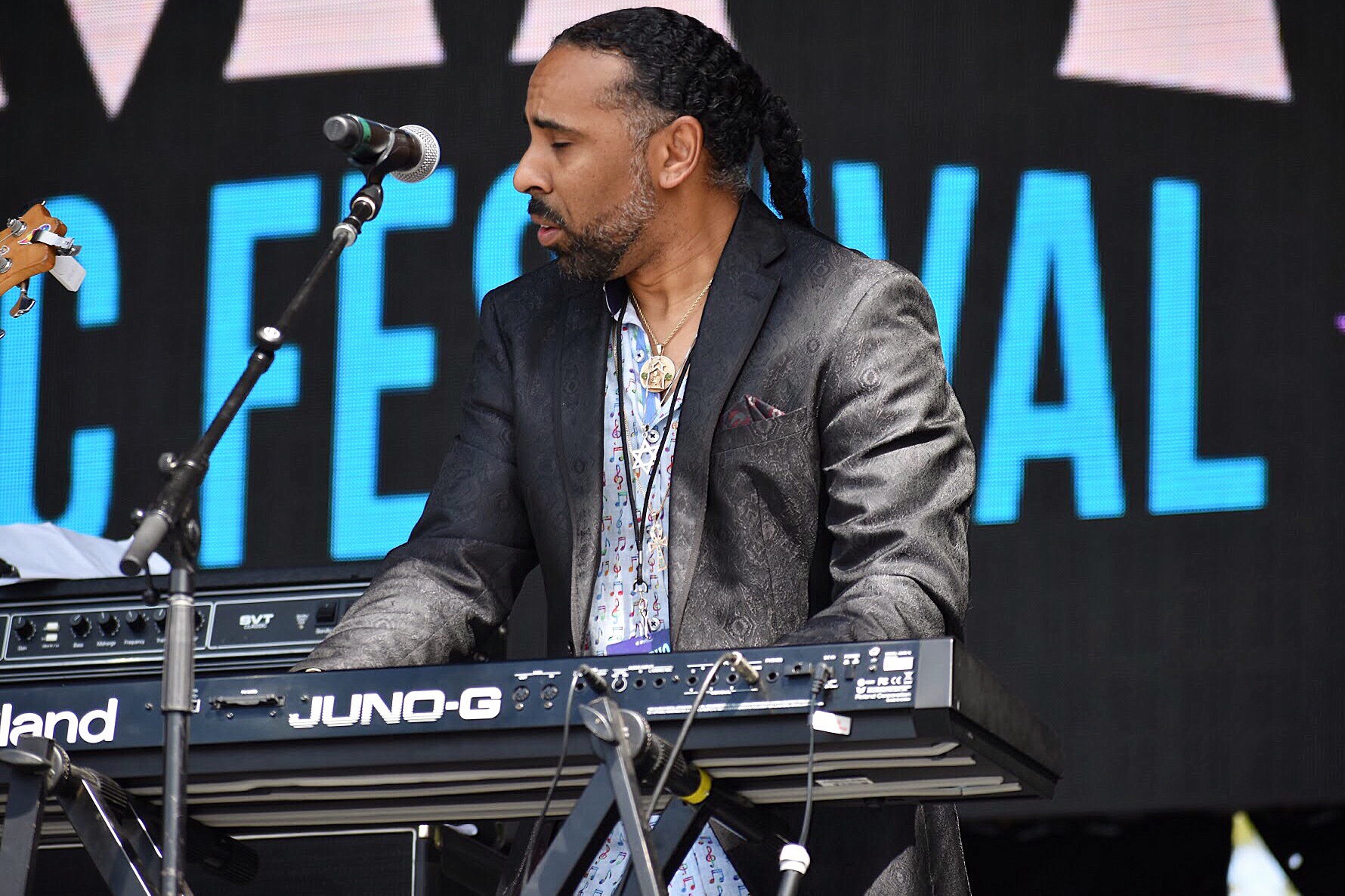 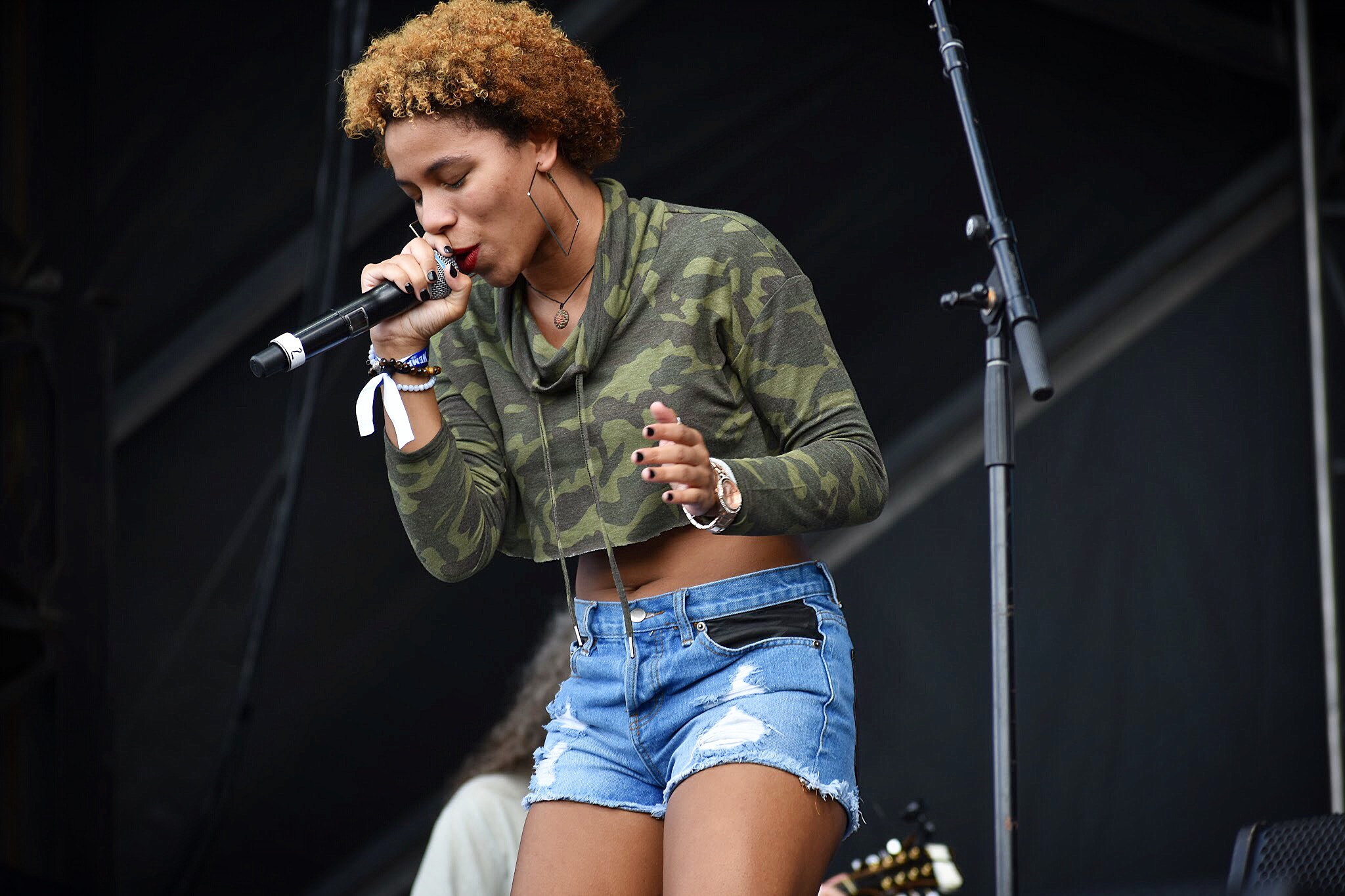 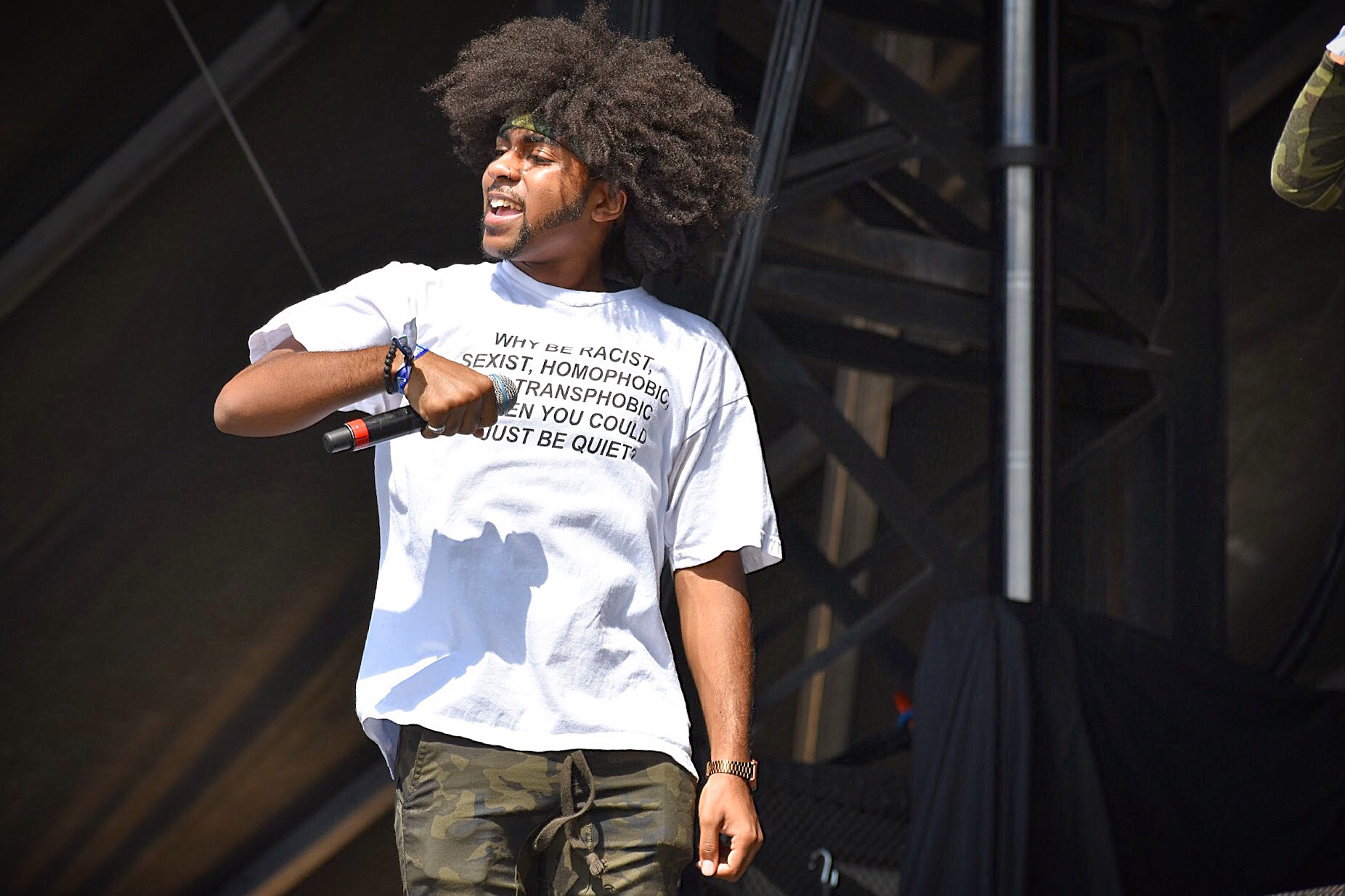 With his roots planted in Memphis soil and his youth spent in neighboring Southaven, Mississippi, Cory Branan brought a completely different take on Memphis musical culture.  With a sound blending folk, rock, and a touch of alt-country, Branan put together an early-afternoon set that let the Mempho Festival crowd sit back to soak in the story-telling lyrics.  Even with the set featuring a healthy dose of electric guitar, it had a rustic-ness that made you feel like you were sitting on Branan’s front porch listening to him tell tales through song. 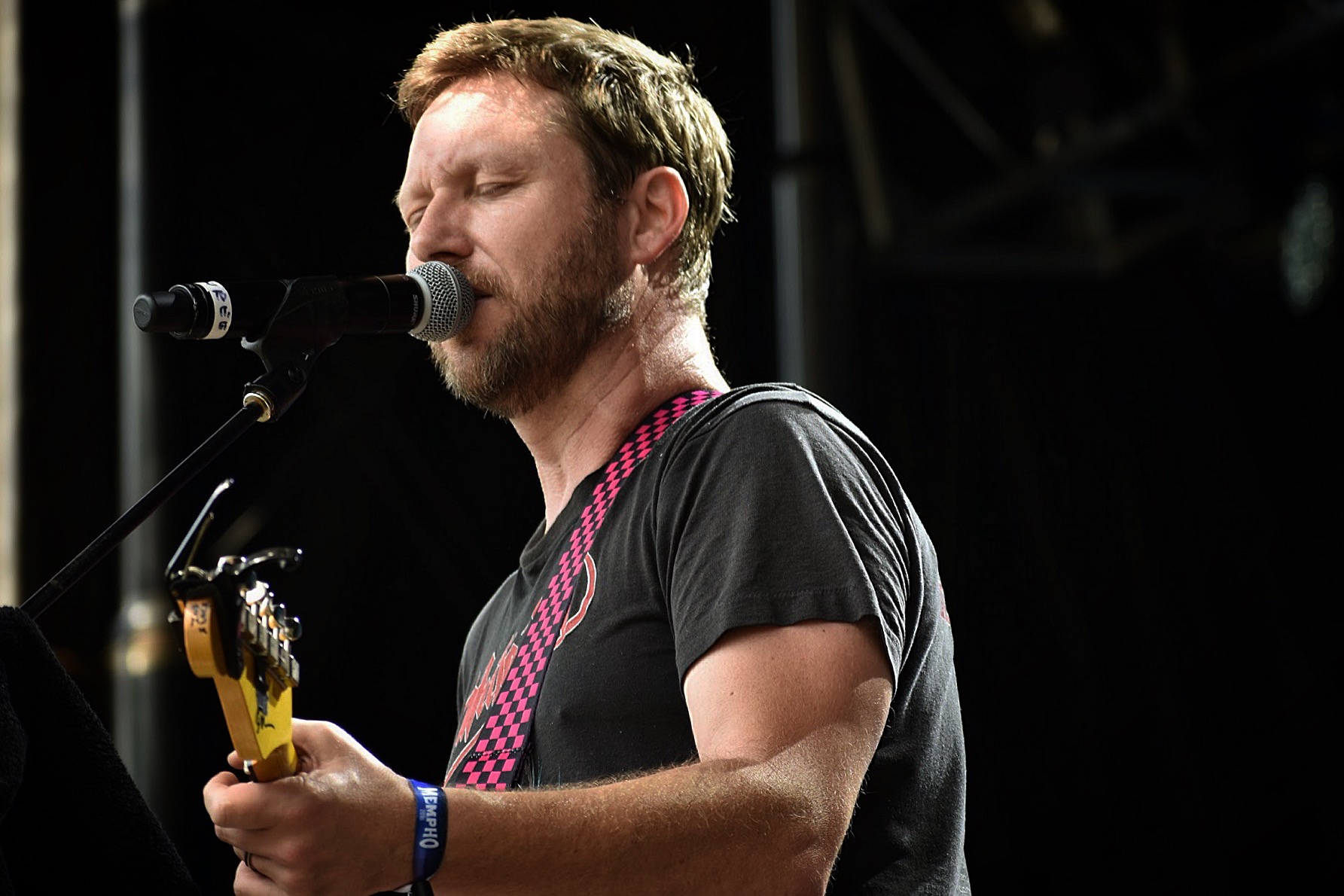 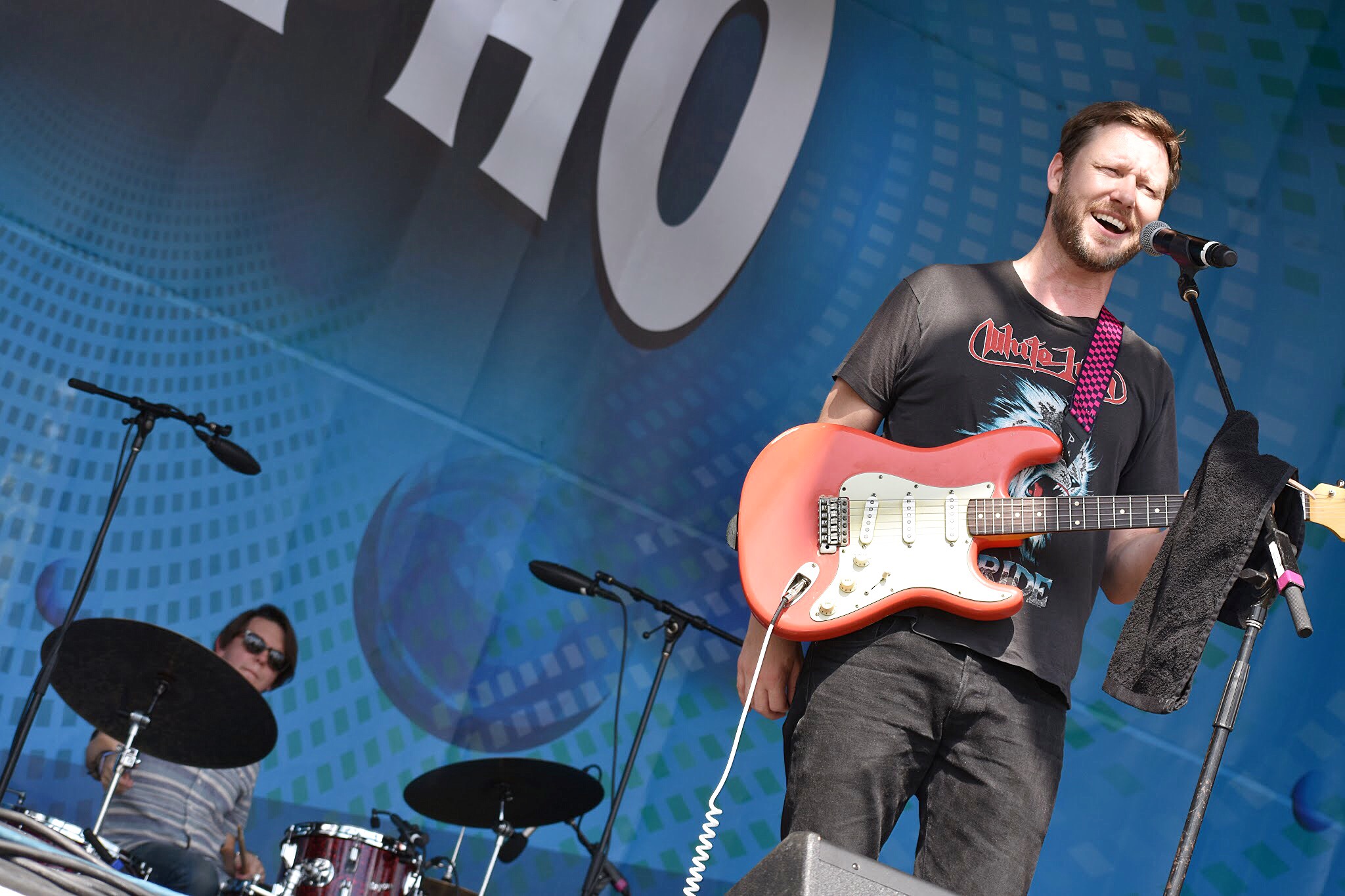 The spotlight on Memphis was spread out over the day, so a little later in the afternoon I found myself part of the sprawling crowd at the Hard Rock Stage waiting for the city’s long time rocking residents, Big Ass Truck. Prior to the festival, I had joked on social media that the band had likely not weighed what their name choice would do to social media searches. A member of the band pointed out that Big Ass Truck has been playing longer than social media has been a thing. As seasoned performers, the band quickly brought the crowd to its feet. The festival air filled with band’s eclectic musical style that matches rock, funk, and DJ elements to create an upbeat, bouncing get-down sound.

With an international reputation as rocking badasses, I struggled with whether to include alternative blues rockers Lucero in my grouping of Memphis acts. However, the band is so linked to the city’s music scene both in loyalty and in presentation that it is hard to imagine putting them anywhere else. During the peak of the day, when the Memphis heat was showing its full force–even in October–Lucero admirably pushed the burning rays aside and cast a shadow of delightfully depressive rock music across the festival. “Sorry to bum you out, but we’re Lucero and that’s what we do,” frontman Ben  Nichols quipped about halfway through the set. The crowd, enjoying the band’s mournful musings, let out a cheer in response. Through a winding set of crying guitar and contemplative, brooding lyrics, the band demonstrated why they are known for making rock music with depth as well as putting on a heck of a show. 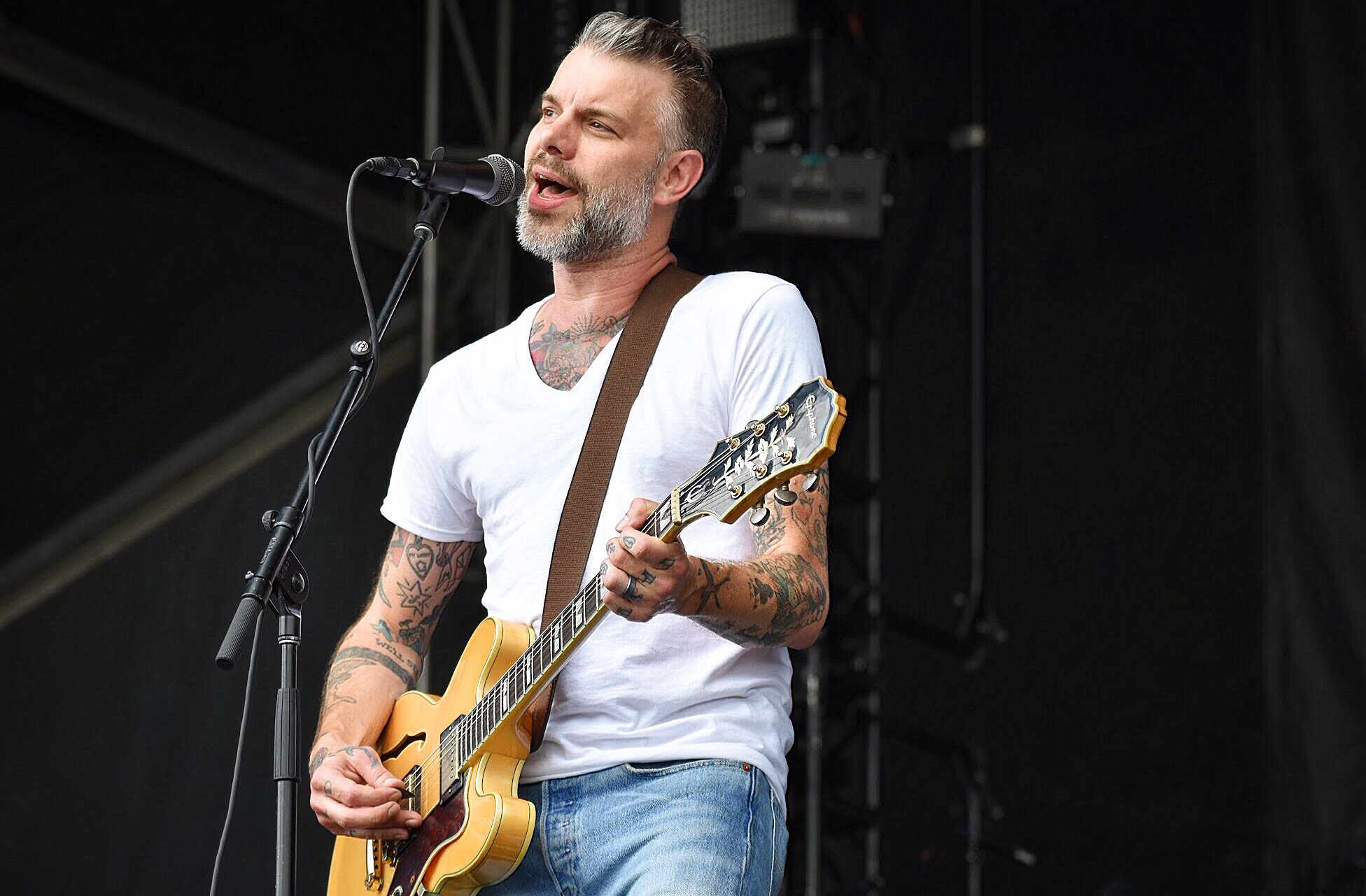 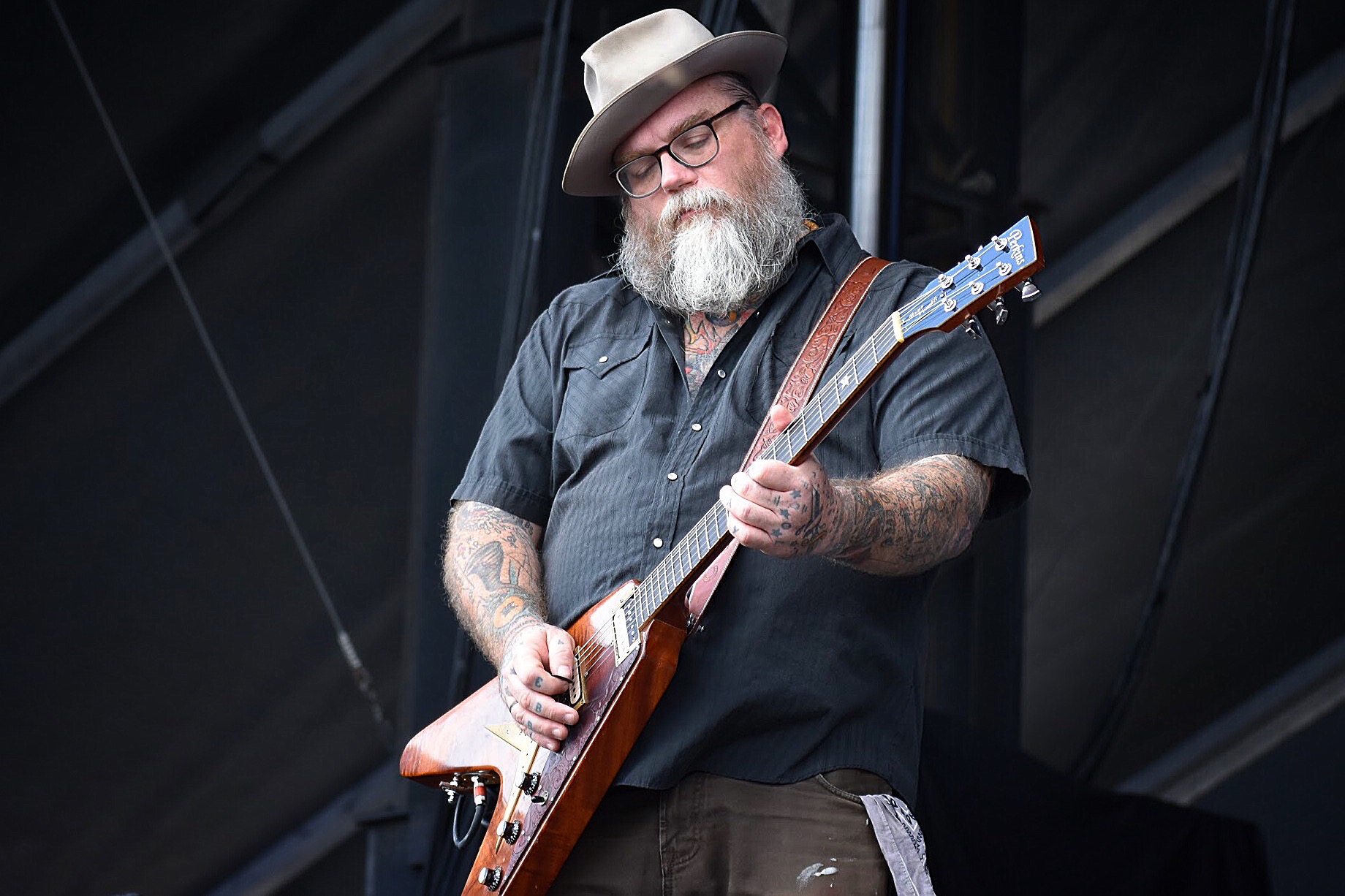 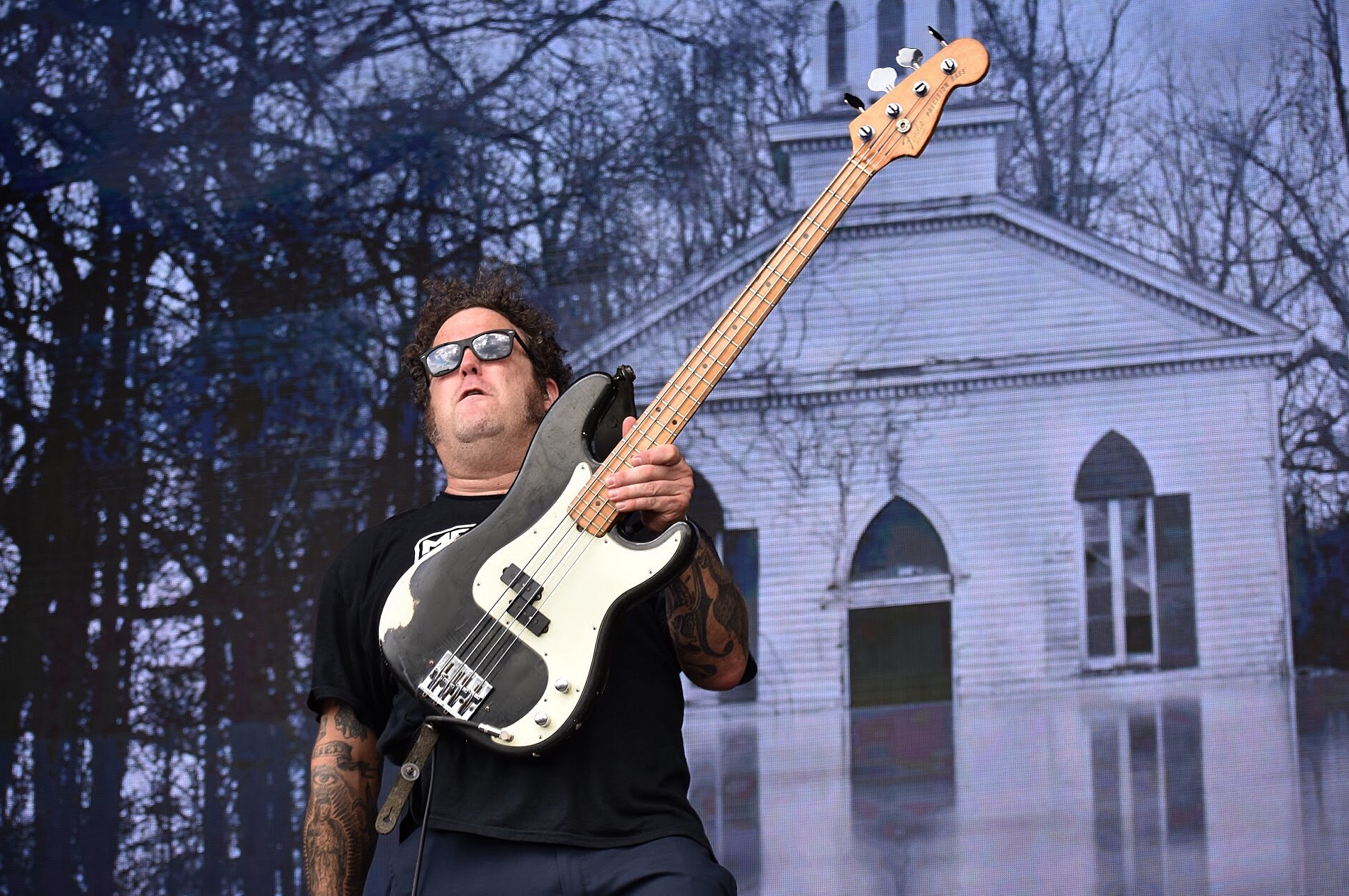 For 2018, Mempho Music Festival expanded its reach outside of local influences to add several top touring acts.  This mix allowed the festival to stay true in purpose but grow its following within the music loving community.

Every ounce of depressive goodness that Lucero brought to the festival was equally met with a bright bounciness in the following set by the visiting Europeans, Milky Chance.  With an ever-present toe-tapping beat, the alternative folk rockers had the crowd raising their hands in the air and prompted a healthy dose of shuffling dancers. While the mood was laid back, there was also a strong current of excitement, as frequent singalongs ensued. Even though the band had given the crowd everything it had, spinning and high-stepping around the stage through an uptempo set, they dug deep and led one more crowd-wide singalong of their viral hit, “Stolen Dance.”  As the audience moved on to the next show, I saw smiles  on all of the faces in the crowd. 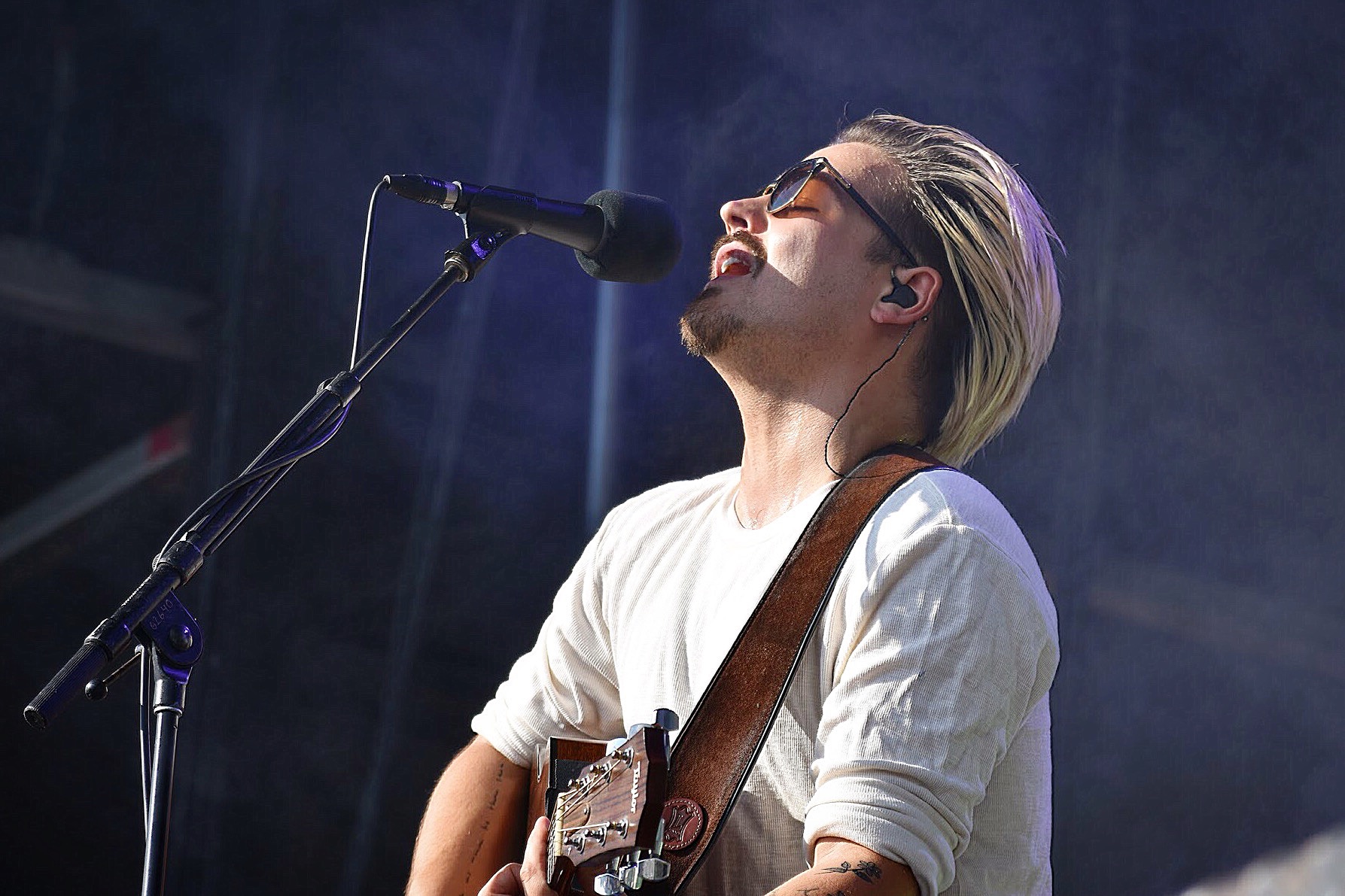 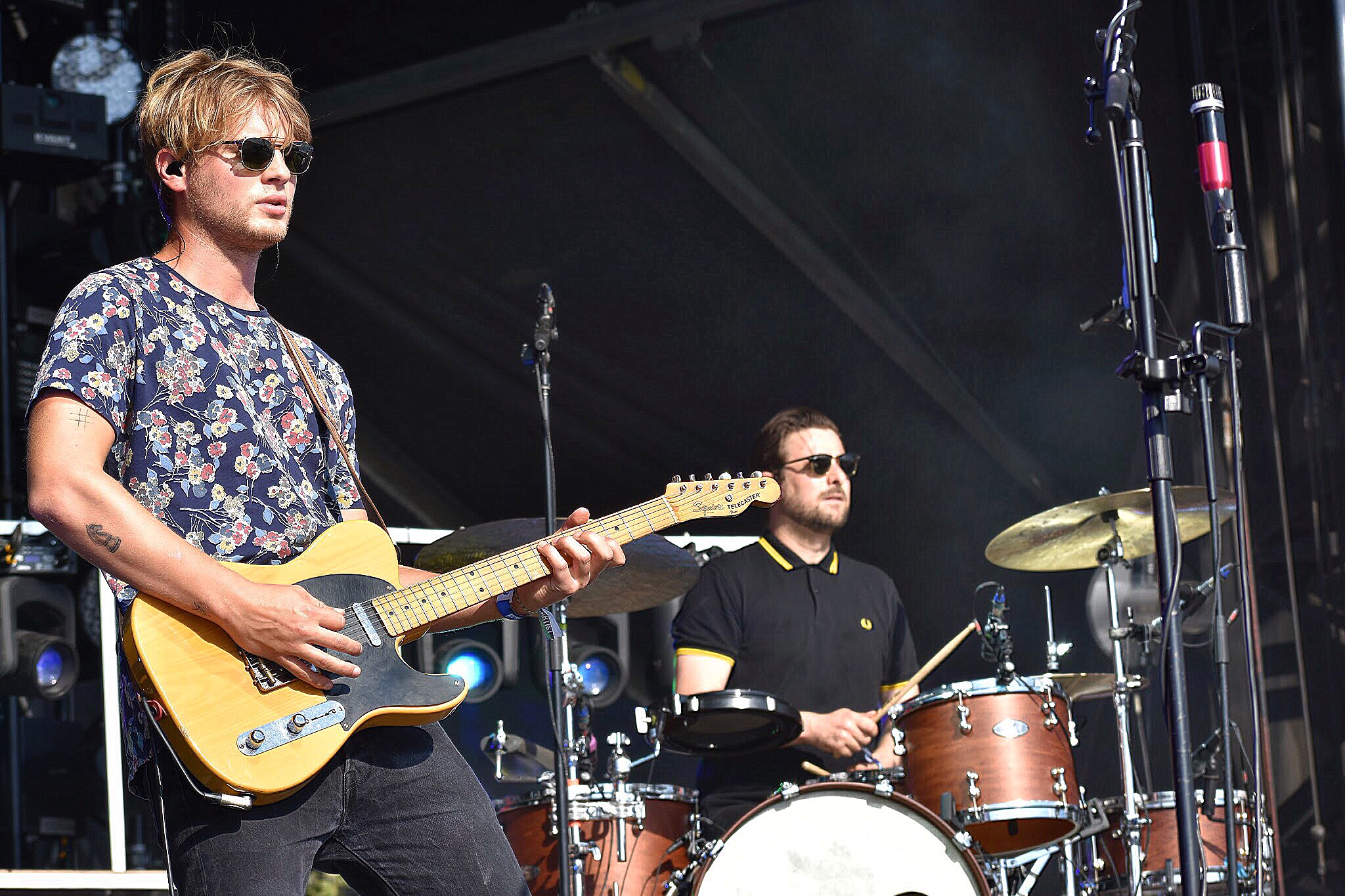 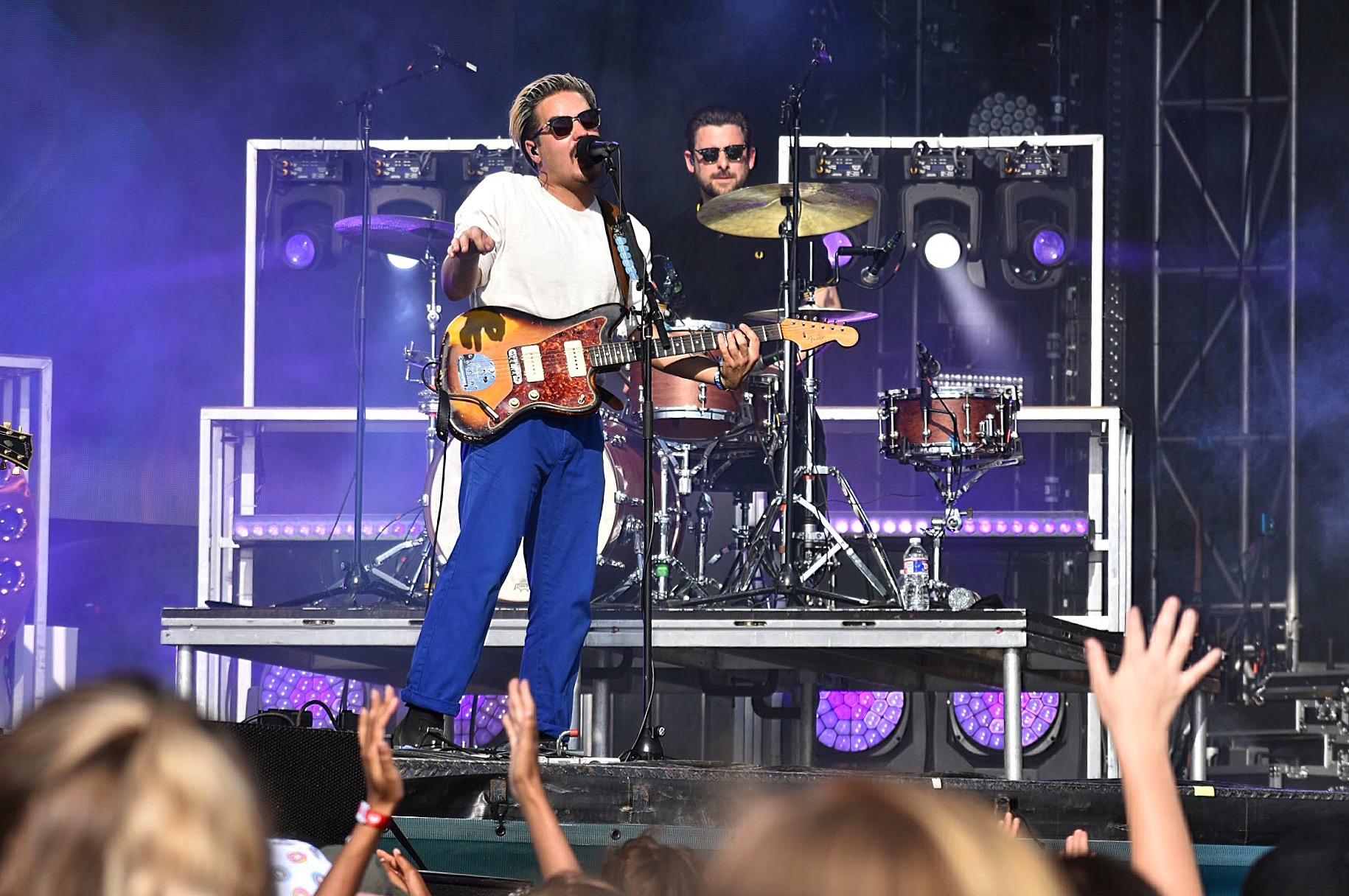 While Janelle Monáe may not technically fall under East of 8th’s usual coverage of alternative and indie rock, and is certainly a wide departure from our Americana-focused sister blog, Mother Church Pew, some shows are just so good you have to highlight them no matter the genre. Going into the festival, when I asked people who they were most excited to see at Mempho Music Festival, Janelle Monáe was the most frequent answer. Prior to her show, there was a surge in the size of the crowd pushing in to be close to the stage and the photo pit was suddenly at capacity.  With five minutes still to go before her scheduled set time, a chant of “Janelle, Janelle,” started through the crowd.  To say there was an air of anticipation would be an understatement. 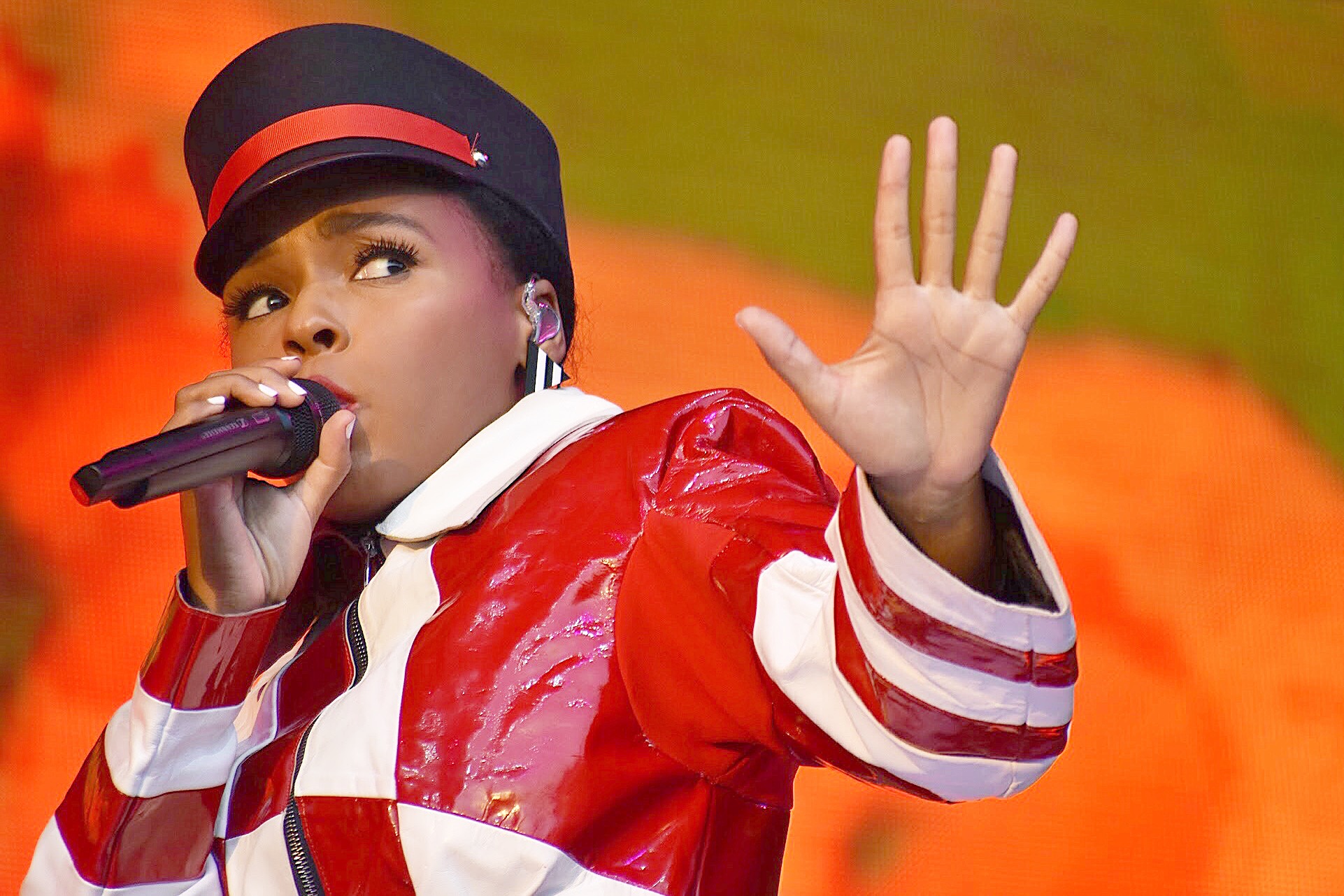 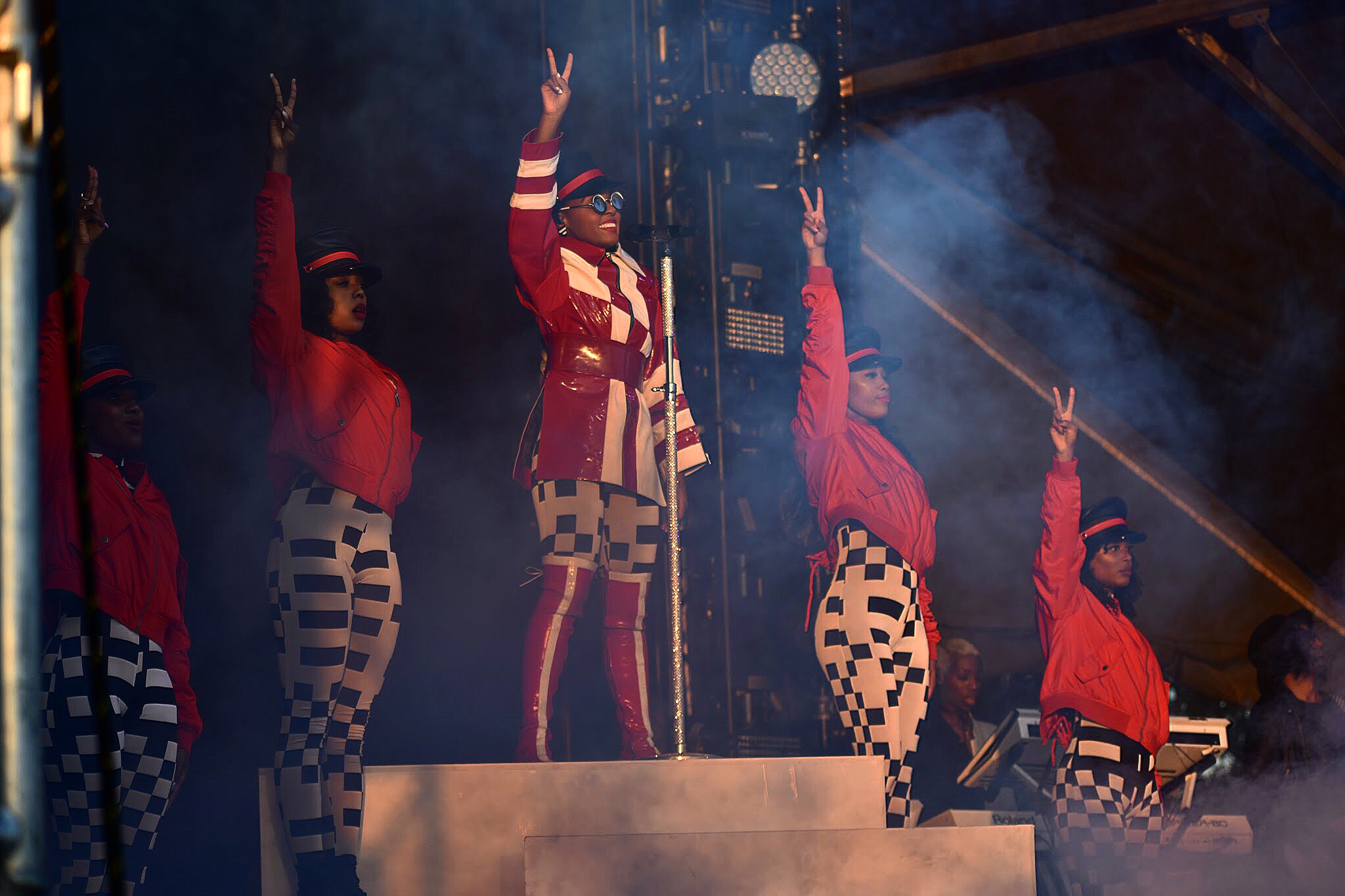 If you ask people what genre of music defines Janelle Monáe, the answers are all over the place. Rap, hip-hop, blues, soul, and pop were all thrown around at the festival and when you hear her sing, you realize all of them are correct.  I have repeatedly argued that there is a difference between a show and a concert, and with Janelle Monáe, I got a show.  Dancers, a throne, wardrobe changes, and even some water pistols.  Something was always happening. But Janelle Monáe never let the show obscure the craft or message in her music.  Through song, she spread the message of empowerment, love, and dignity, and did it in a way that had the crowd dancing with joy. Her set started as the most anticipated of the day and still days later, it’s the most talked about show from the festival. 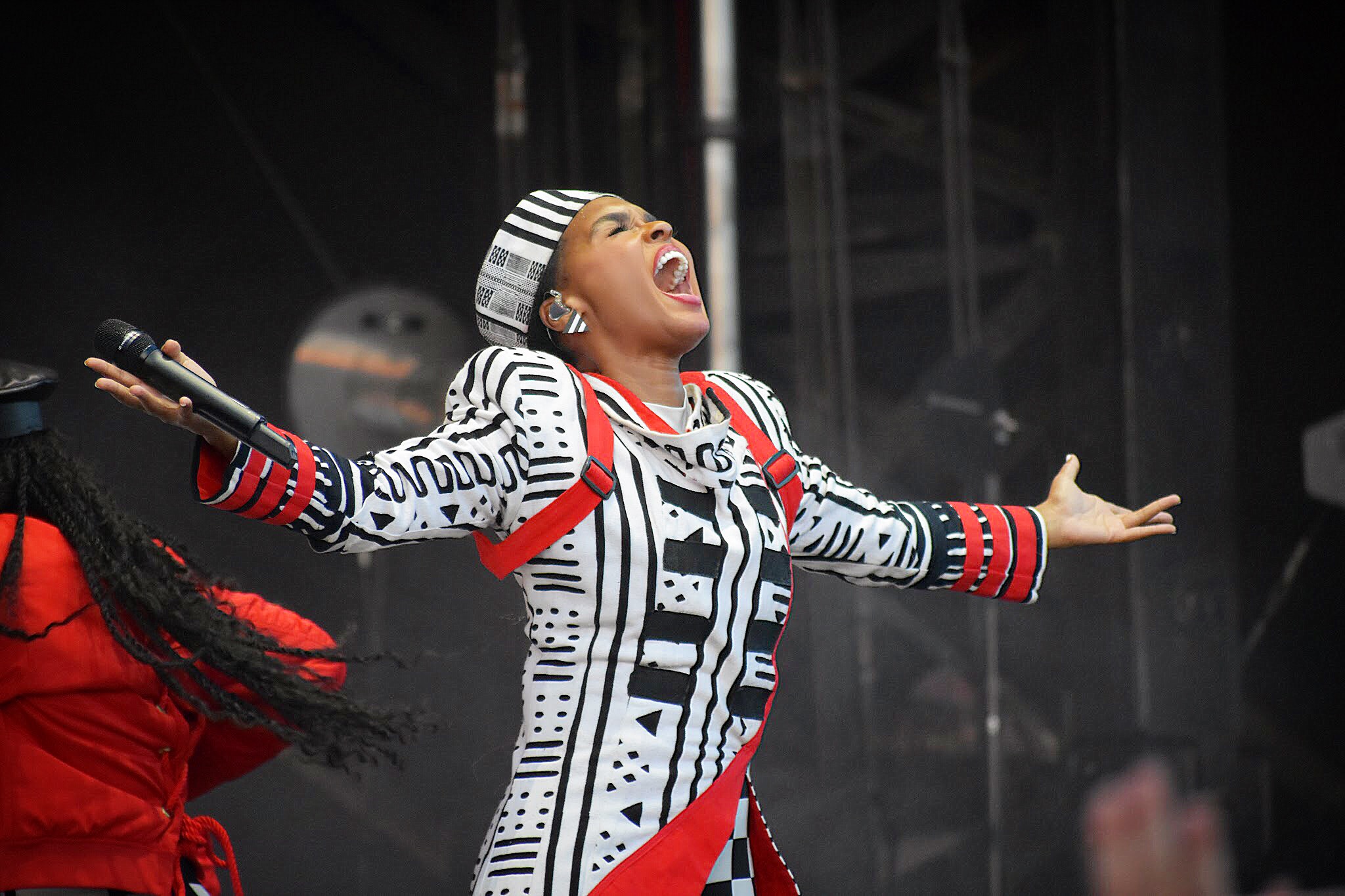 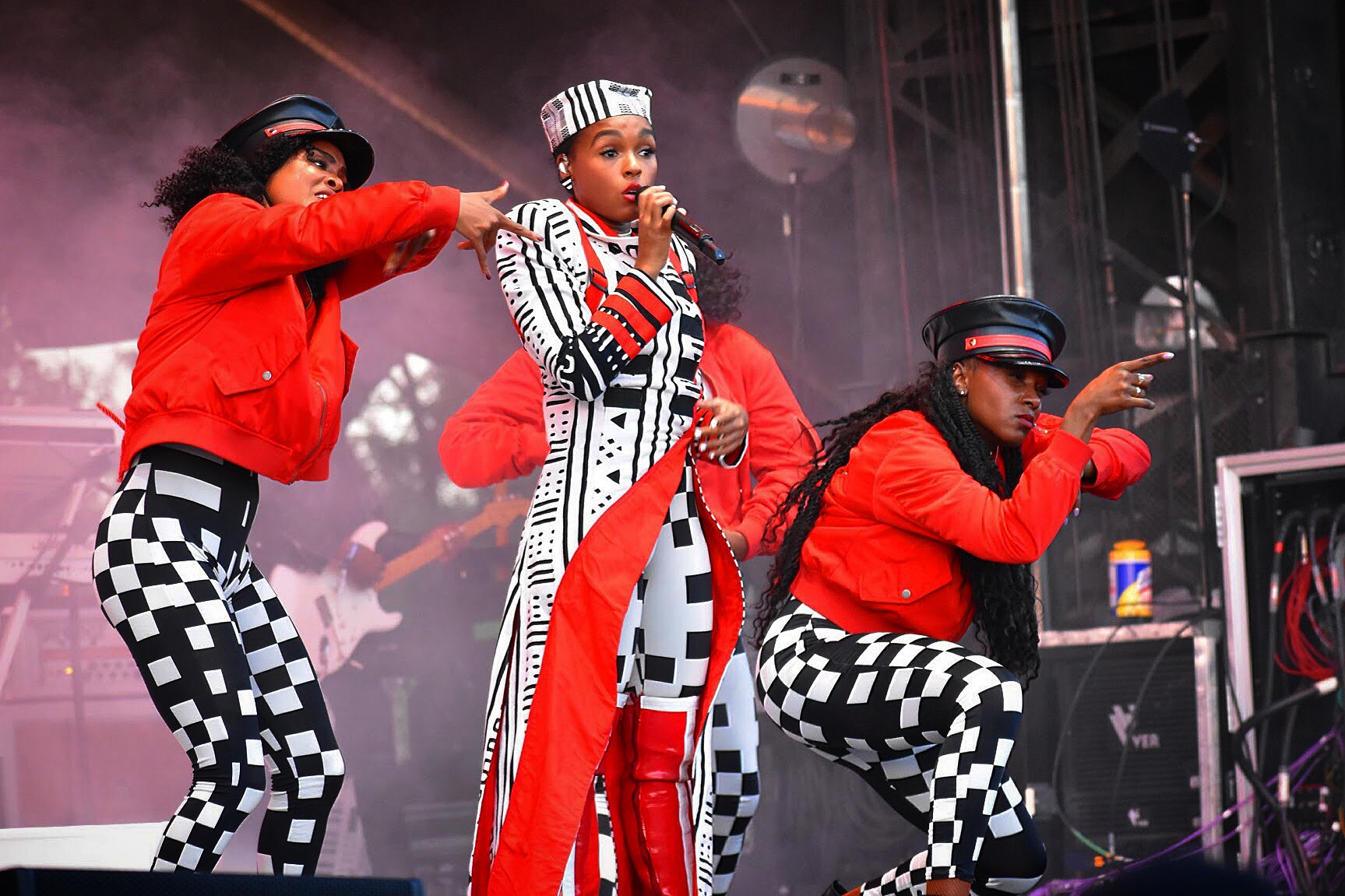 As the sun set and the evening began to cool, festival veterans Phoenix lit up the night sky with their glowing stage. Having watched the band on three different album tours, I had to pull myself away from the many familiar songs long enough to marvel at the band’s staying power in the indie rock scene. That didn’t last long because I was quickly pulled back into the show. No matter how many times I hear the frantic chords of “Lisztomania,” it feels like a whole new experience because each crowd goes crazy in its own way. What is even more impressive is the lasting connection the band has with fans as songs from 2009’s Wolfgang Amadeus Phoenix, 2011’s Bankrupt!, and 2016’s Ti Amo all led to field-wide singalongs. Before ending the set, frontman Thomas Mars made sure to get close and personal with the audience, coming through the crowd almost all the way to the soundboard. With a beer held high, the audience roared in response to his, “Cheers,” before taking a crowd surf back to the stage. As the last notes continued to buzz after the band had left the stage, most of the crowd remained in the field not ready for the show to be over. 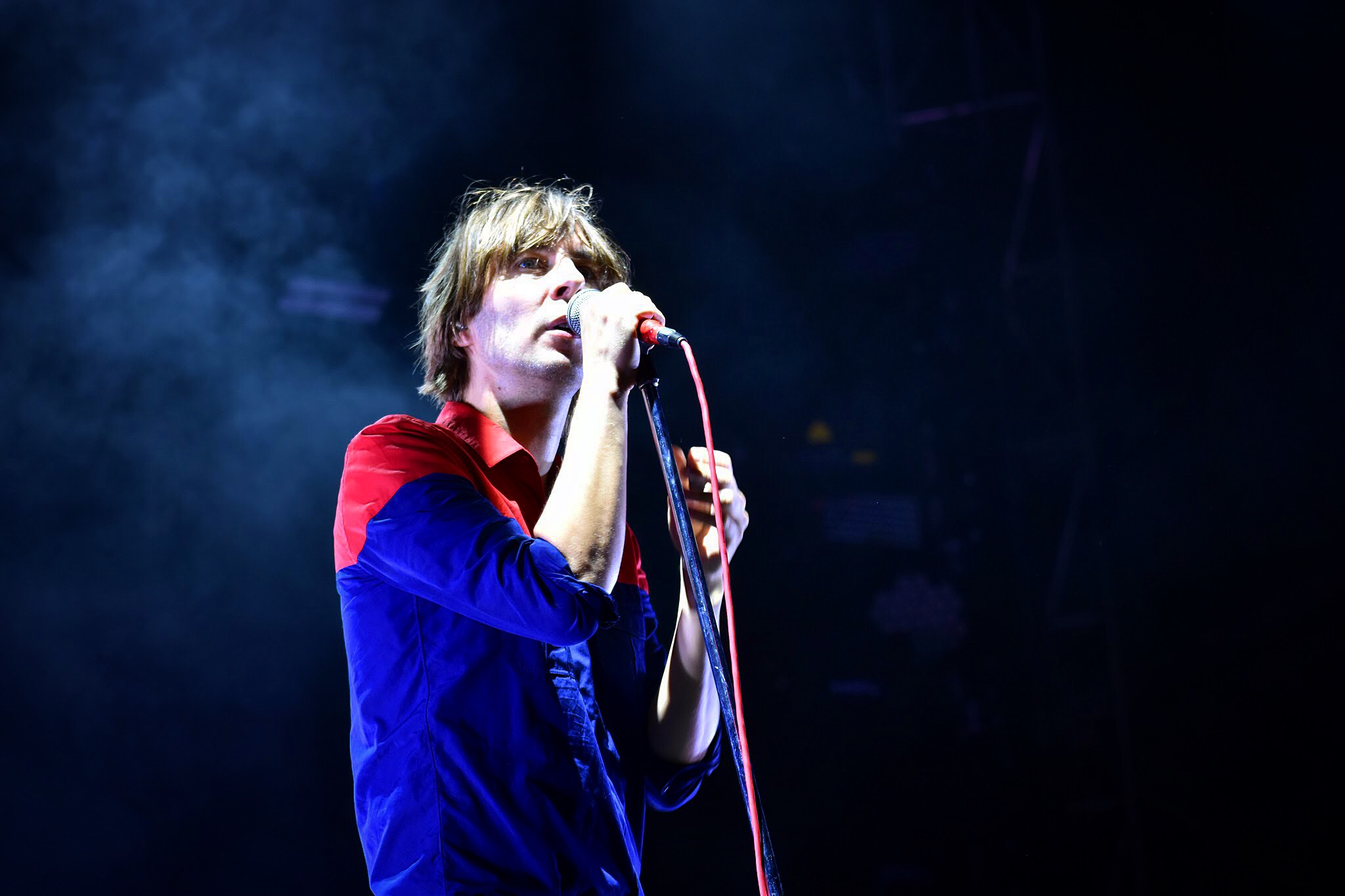 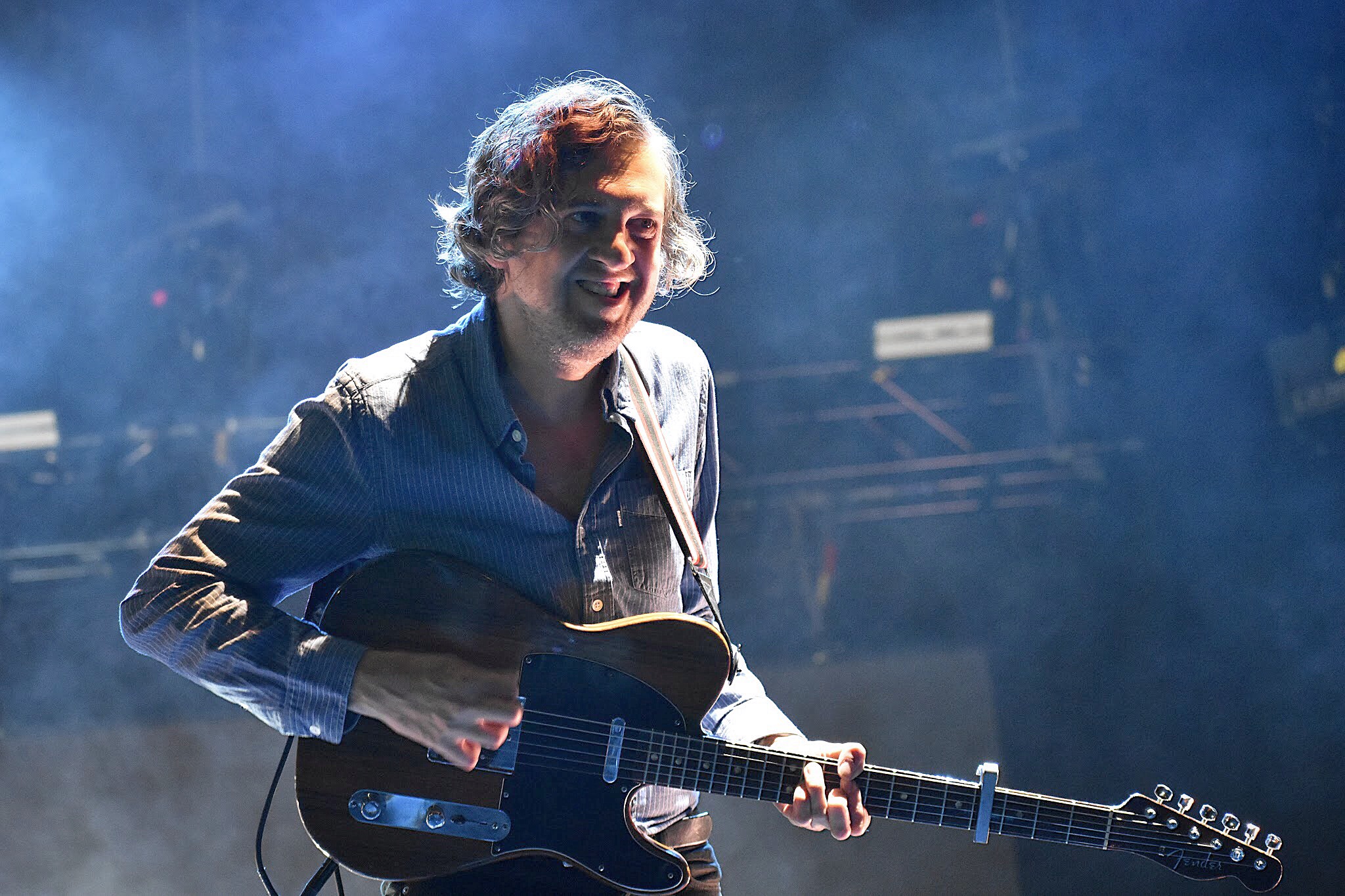 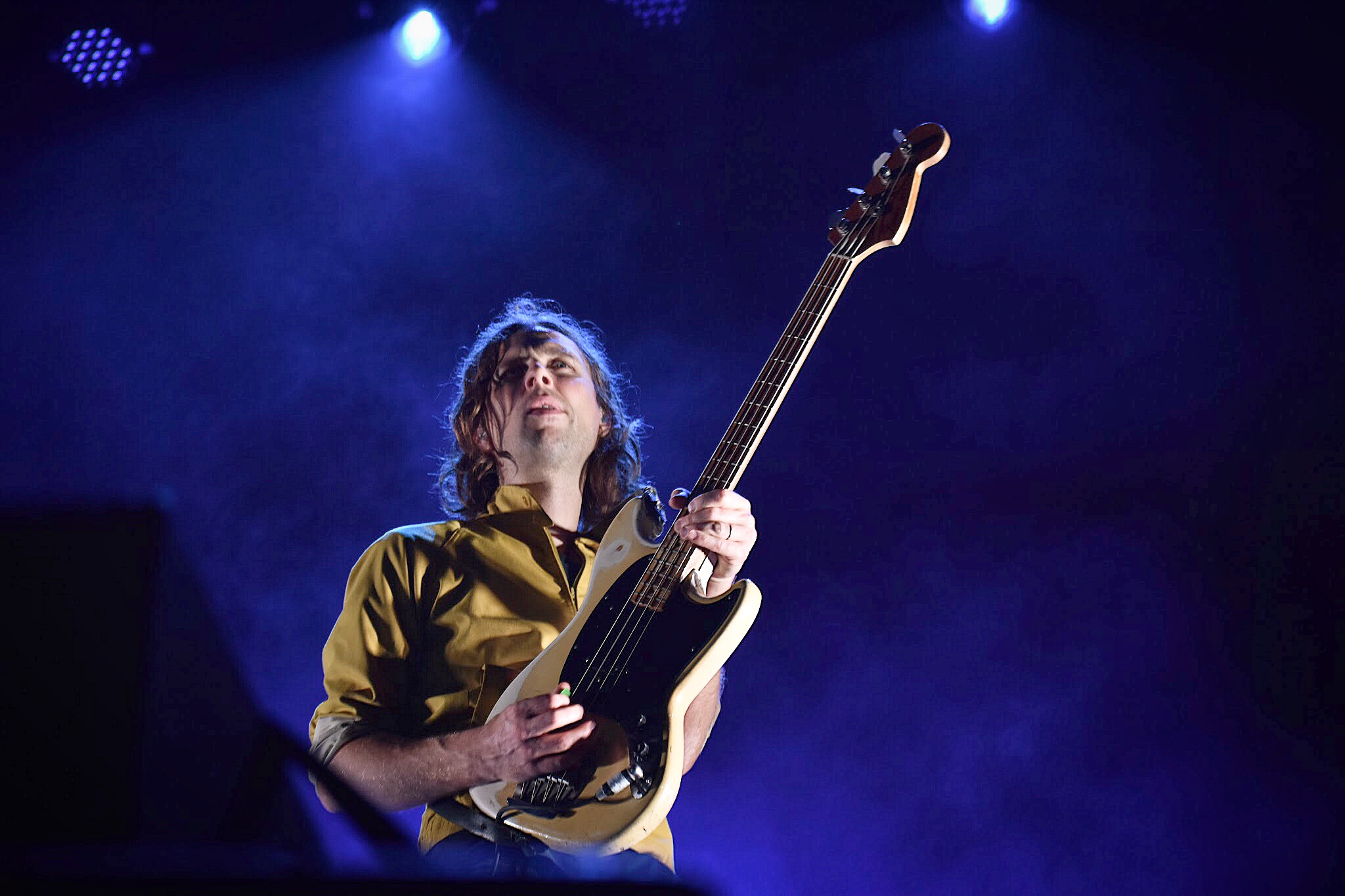 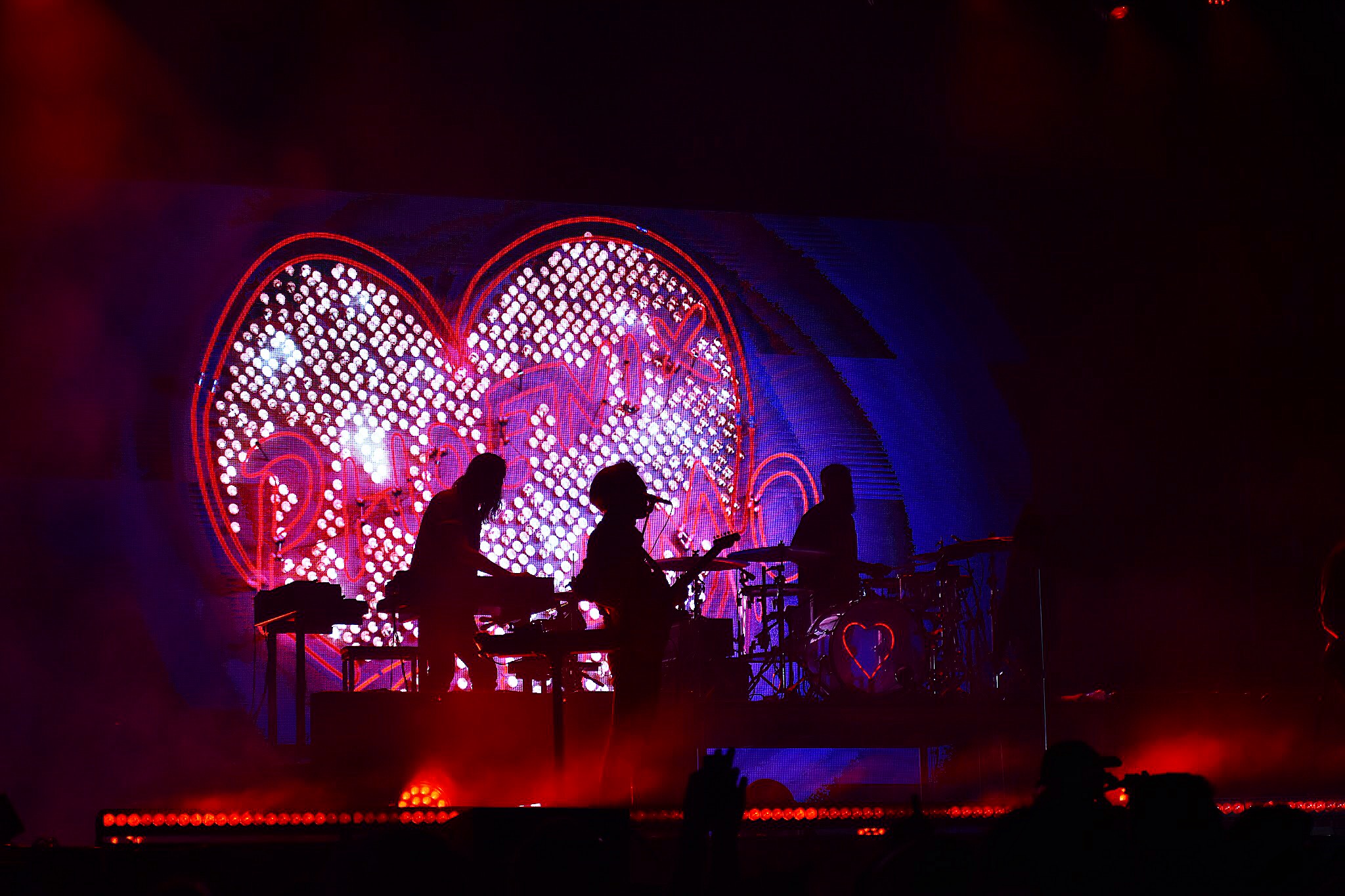 When I think back to my teenage years, I always come up with a handful of artists I credit with fostering my diverse love for music.  With his rock-meets-pop-meets-electro-meets-undefined sound, Beck has been a source of listening inspiration for me ever since I first heard the iconic strumming start to “Loser” all of those years ago.  For over a year, Beck has been crossing the globe on his “Colors” tour and the 2018 Mempho Music Festival was the final stop. 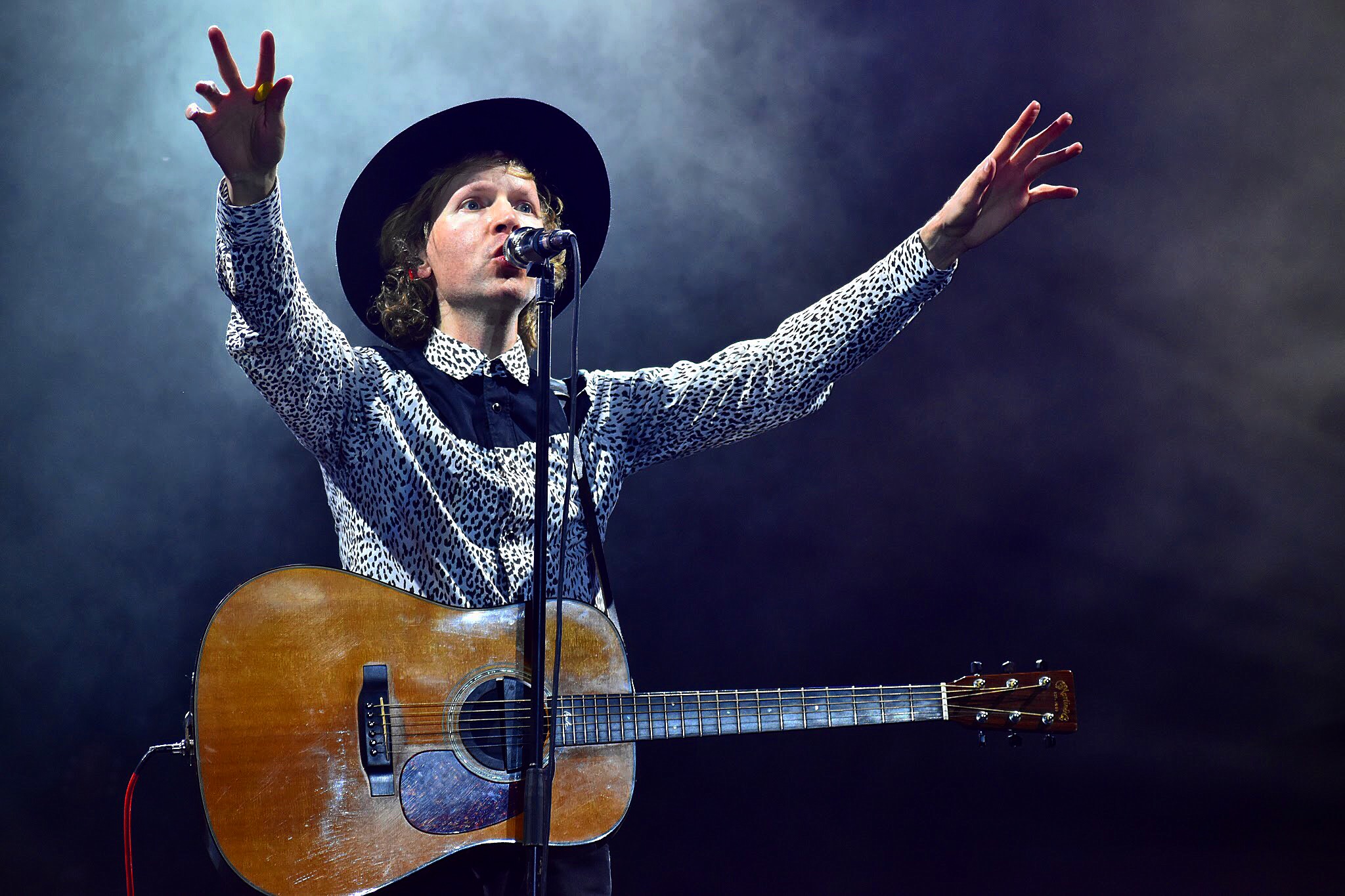 The crowd filled in thick as a tiered stage set was being assembled and rows of additional lights were being hoisted.   The waiting mass was soon rewarded as Beck took the stage with a roar, leading off with hits “Devil’s Haircut,” “Loser,” and “New Pollution.”  As expected with a tour named after an album, the rest of the show featured several tracks from “Colors.”  Whether new or old, Beck’s songs always have a dynamic feel.  The crowd cheered almost as loud for his newer track “Dreams” as they did for the classics.  While I usually expect the unexpected at a Beck concert, the biggest surprise was that there was no, “What just happened?” type of moment.  What wasn’t a surprise was the excellent musicianship that was constantly on display from his sprawling band.  Halfway through the show’s encore, “Where It’s At,” Beck made lengthy introductions of his touring family before finally setting the whole field jumping and yelling the lyrics as the show ended with a rave-like flash of light and energy.  Beck is undoubtedly one of the masters of song and stylistic exploration.  As the Mempho Festival crowd made their way out of the festival gates, he had left no doubt that he is a master showman as well. 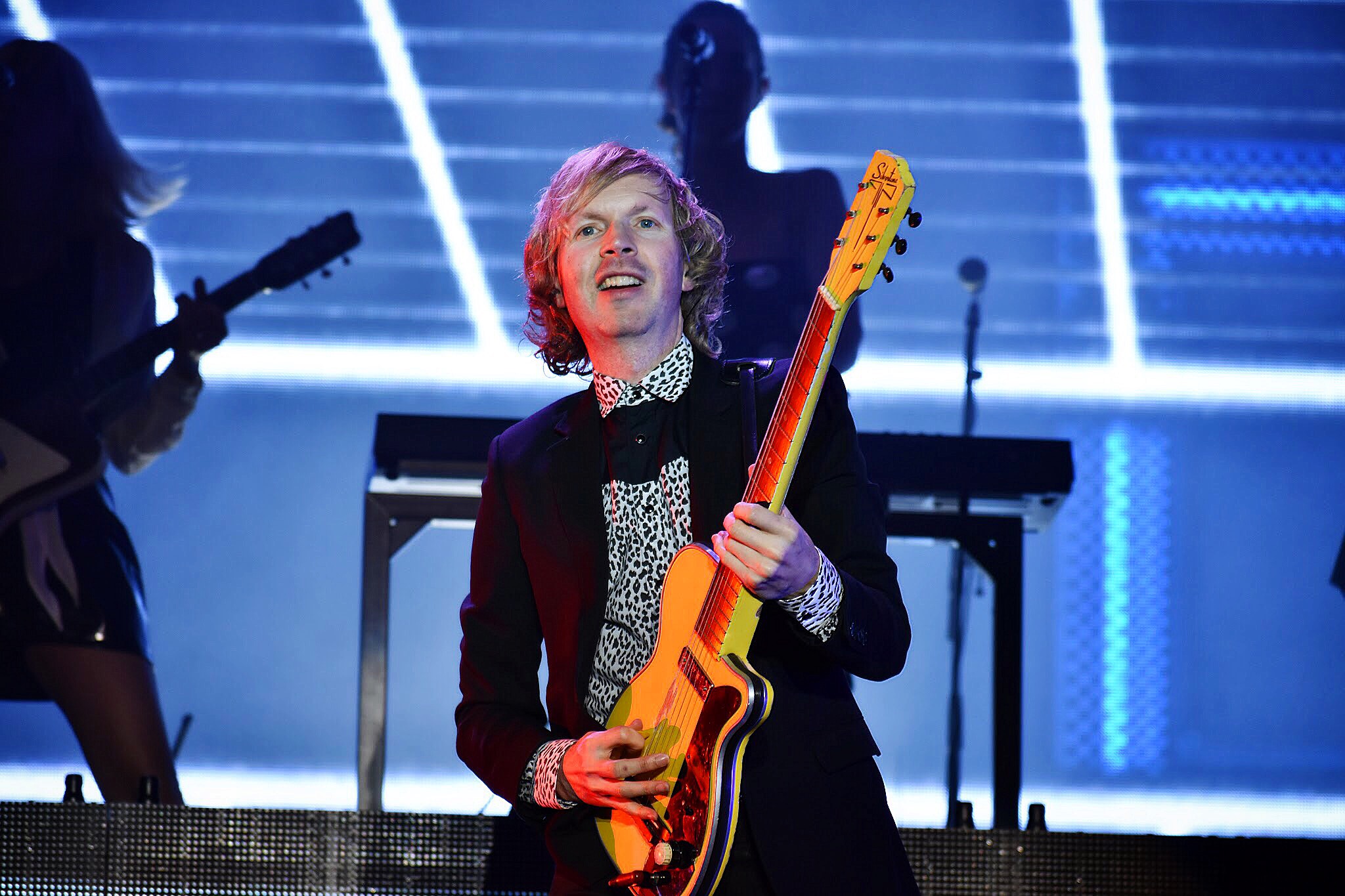 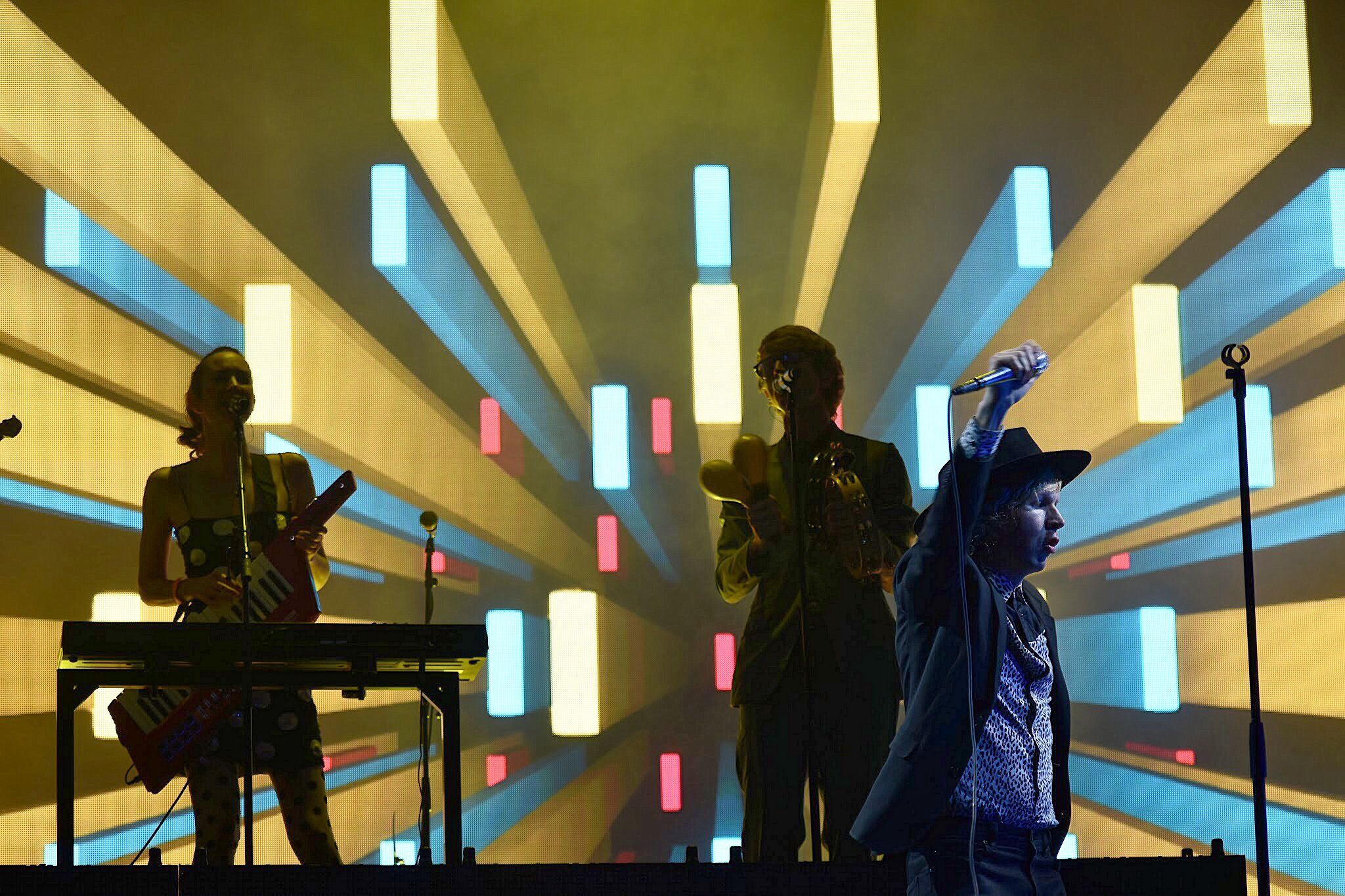 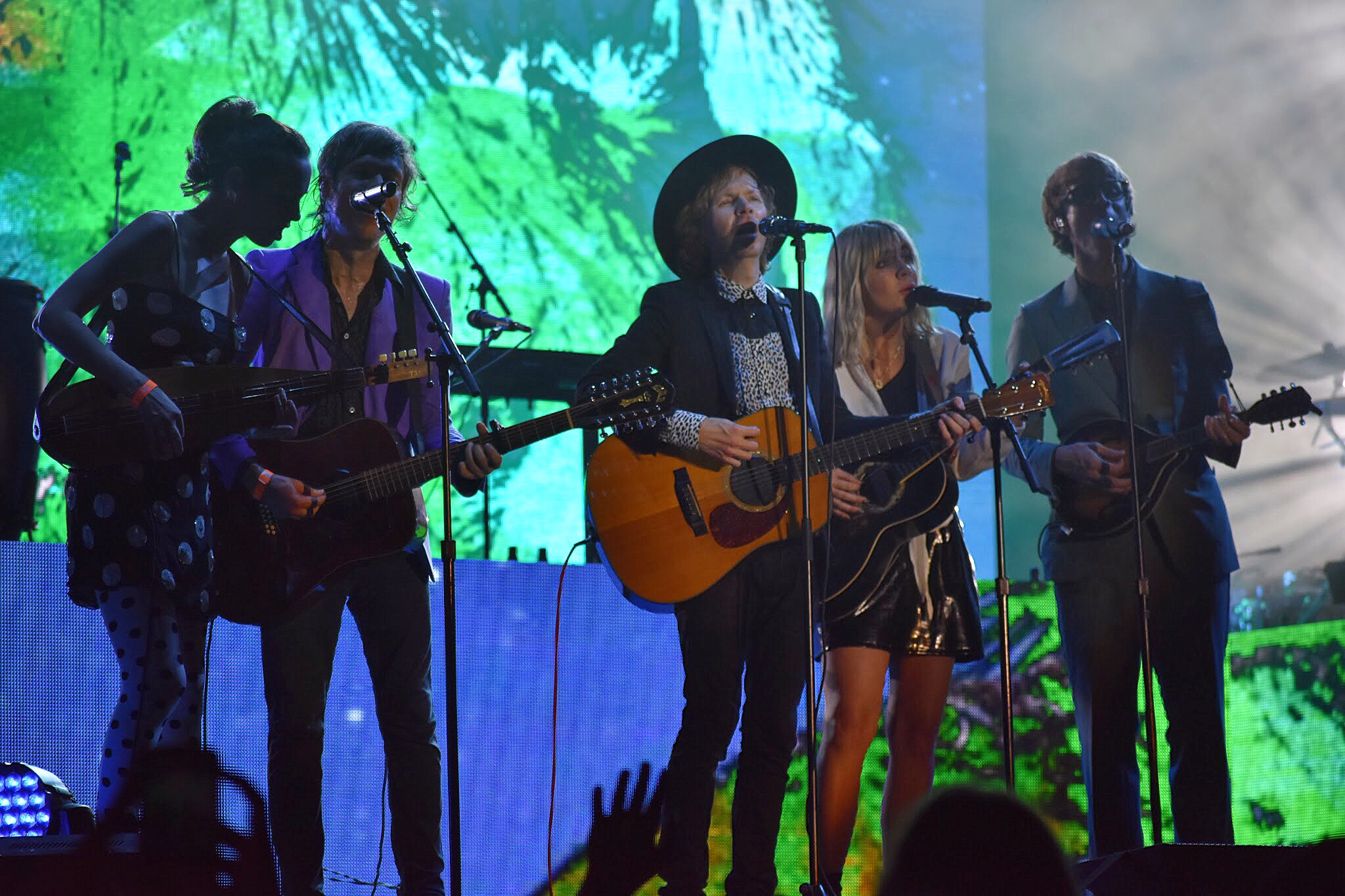 In only two years of existence, the Mempho Music Festival has grown remarkably and has become something I look forward to experiencing. The sheer size of the fest is rapidly expanding, the lineup is moving  to compete with the more established festivals, the depth of the added attractions is growing, and the vendors had concert prices but not so bad they made you choose between having a couple beers or making a car payment.  What made 2018 even more special above the amazing shows was the communal vibe that was everywhere you went. It had a throwback feel that reminded me of some of my earlier festival days, before some of my favorite old guard festivals started putting money decisions before experience. I will just put it bluntly: Saturday at the 2018 Mempho Music Festival was the best day of music fest experience I have had this year.  The music was the star, the lineup diverse, the people friendly and there to actually listen to music, and it was in a relaxed setting that allowed you to have a good time. A lot of festivals seem to forget that’s what it’s all about.  I simply cannot wait to see what Mempho brings for 2019.