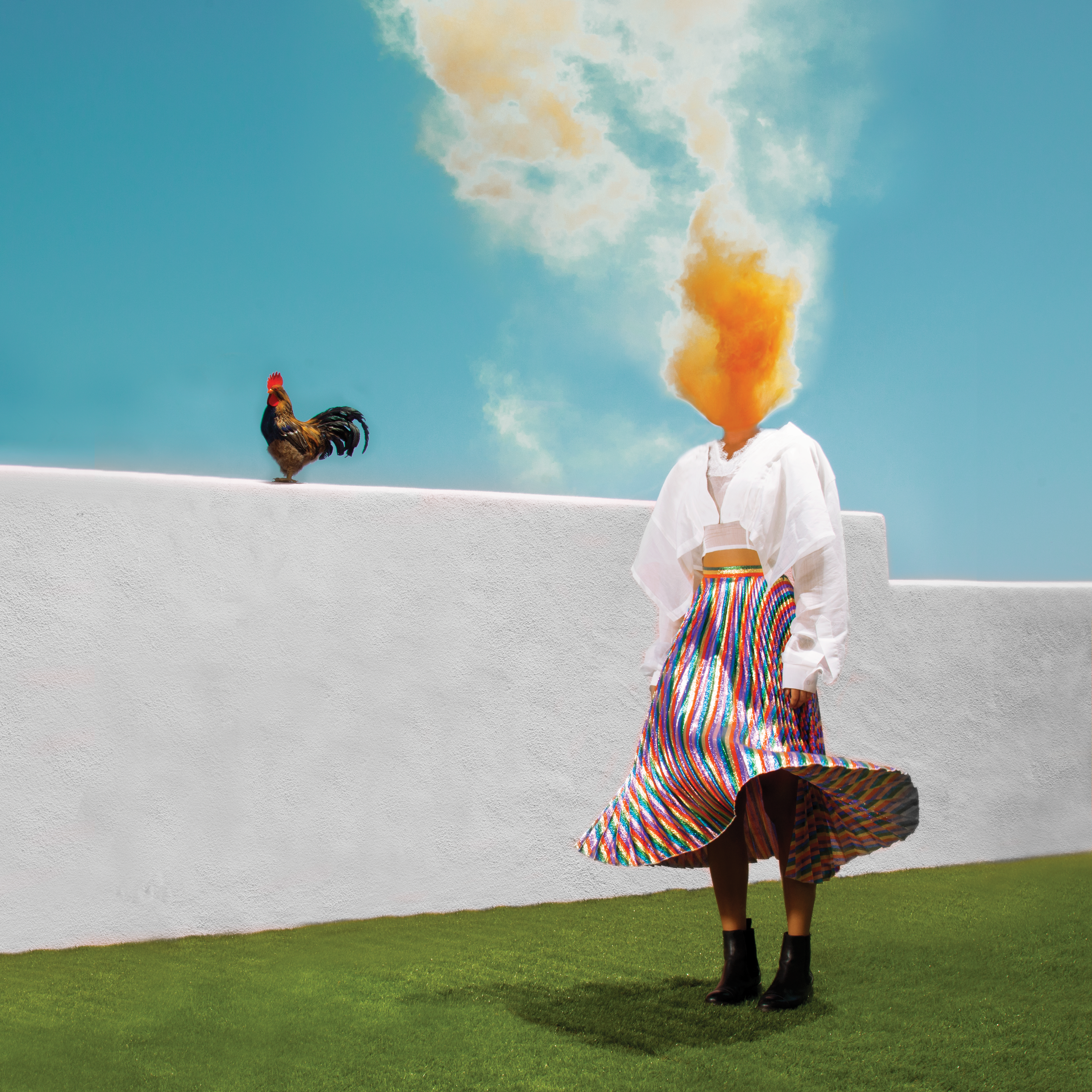 The word “move” is one of the most versatile of the English language. It can relate to change, motion, and emotional shift. It can be used with the same root meaning and still shift between positive and negative all based on context. Therefore, it is fitting that the heart of the upcoming double release, Moonlight Baby and Afternoon with Caroline, by Brooklyn to L.A. transplants The Dig is inspired by moving and movement.

In preparing to make a new album, The Dig first looked to the past. Like many bands and songwriters, the group found that they had created more songs than album space had allowed over the last few years, which had formed a mighty playlist of unreleased works. Not being content to wrangle the waiting works into a new release, the band started adding new tracks, allowing them to develop the sound of their new album as the band absorbed and reflected on their way through the year with the result being more than an album, but instead two EPs–Moonlight Baby and Afternoon With Caroline.

The band has observed that Moonlight Baby finds its inspiration in “[a] sudden shift in your reality without any advanced notice or preparation.” While the album reflects on being propelled into uncertainty, thankfully the band avoids creating a dreary compilation of angst, instead opting to put together a dreamy rock album. The songs on Moonlight Baby have a driving rock energy that makes the underlying turmoil of change feel more like the bluster of a whirlwind than the tug of a riptide. Album opener “You’re Not Alone,” brings an optimistic start to the journey and is backed by spacey rock riffs that instrumentally carry influences of The Flaming Lips. “Soul of the Night” has a deceptively upbeat 70’s-analog-guitar-meets-psychedelic-jangle, which hides the sadness in the lyrics of lost love, enduring emotion, and acceptance of fate.

One of the highlights of the album is the title track “Moonlight Baby, ” a manic offering both musically and lyrically. Thunderous guitar with an added touch of echoing effect drive home the pain of a broken heart, while the floatier, flower-power influenced chorus offers best wishes to the departed love. Serving as the perfect transition piece between the two albums, “I’m Coming Home” is the final track on Moonlight Baby. As a driving synth undercurrent creates a nervous energy, the almost whispered words let you know The Dig have arrived at a destination–even though it may not be where they want to be–feet on solid ground and ready for whatever is approaching on the horizon.

On the surface, it would appear that the more uptempo Afternoon With Caroline, would be in stark contrast with Moonlight Baby. While it is true that Afternoon With Caroline has a brighter feel– the rock buzz turning to a more head-nodding pop sound–the more cynical part of me wonders if the songs truly are tales of optimism or a mere contentment found in the inevitable change in perspective that comes with time. The addictive “Say Hello To Allison,” is a dedicated tribute to the instant bond between a parent and a newborn child. However, hidden in the wavey rock sounds and quirky effects, you can’t help but feel the storyteller is jealous of the naiveté of the child and apprehensive of what the influences of the world will do as the newborn grows into an adult. “I Don’t Need You Anymore” is the most rock-based song on Afternoon With Caroline and serves as an anthem of taking a stand to end a love gone wrong.  With a forceful determination driven home by bold synth and drum-filled backing, it is the clearest example of the role change between the two albums where the singer is now taking the lead on his life rather than simply accepting fate. However, you cannot help but wonder if the new resolve is born from true freedom or being put in a spot where there is nothing else to lose.

The album ends with the simply-titled “Home,” which serves as an anchor. It provides a true sense of optimism that the compass is pointing in the right direction. Building from the quiet ache that we all feel near the end of a long journey, the song transforms midway into a joyous jam session filled with horns, bright synth, head-nodding drum rhythms, and arcs of vocal wails. It is a celebration of that sensation of not just being at a destination, but of finally being home.

With Moonlight Baby and Afternoon With Caroline, we are presented with two dynamically different albums that are tied together by an unmistakable thematic bond.  While the albums could be viewed as two different journeys, they serve as a metaphor for the winding path of life. The band focused on moving between ever-changing destinations and being moved by the emotions of change, on moving perspectives. By channeling this theme through spacey, dreamy rock on Moonlight Baby and the more pop-influenced rock on Afternoon With Caroline The Dig has allowed us to travel with them along the way, ponder our own movement, and still enjoy moving to the music.

[Moonlight Baby/Afternoon With Caroline is available via Roll Call Records on October 19th. This review was handcrafted by Eo8’s own George Maifair.]