An event like no other, a festival within a festival, the SuperJam! is one of the most sacred traditions of the Bonnaroo Music and Arts Festival.  While there have been minor changes over the years, its foundation remains constant: packing in as many of the festival’s best artists to sing songs that everyone knows, while the crowd gets to enjoy the party.

Last year, it was bittersweet: a “wake” for the legendary Tom Petty.  For 2019, it was simply advertised as “G.O.A.T.: A Celebration of Music Legends;” a theme that allowed for a lot of setlist speculation.  This year the honor of curating the SuperJam was in the hands of the funk-forward, electro soul DJ, GRiZ. While GRiZ is known for his electronic works, his shows always include heavy doses of his saxophone playing, as well as a backing band.  With the addition of a horn section, the night’s core band was set to go in just about any musical direction.

After a year’s anticipation, the lights dimmed, and moments later, the iconic opening surf rock guitar riff from the late Dick Dale’s, “Miserlou,” emerged from the hazy darkness. The core band then followed with a cut from the Beastie Boys, “So What’cha Want,” letting the crowd know that the night was going to be an up-tempo setlist surrounding an in-memoriam tribute to lost artists across several decades. 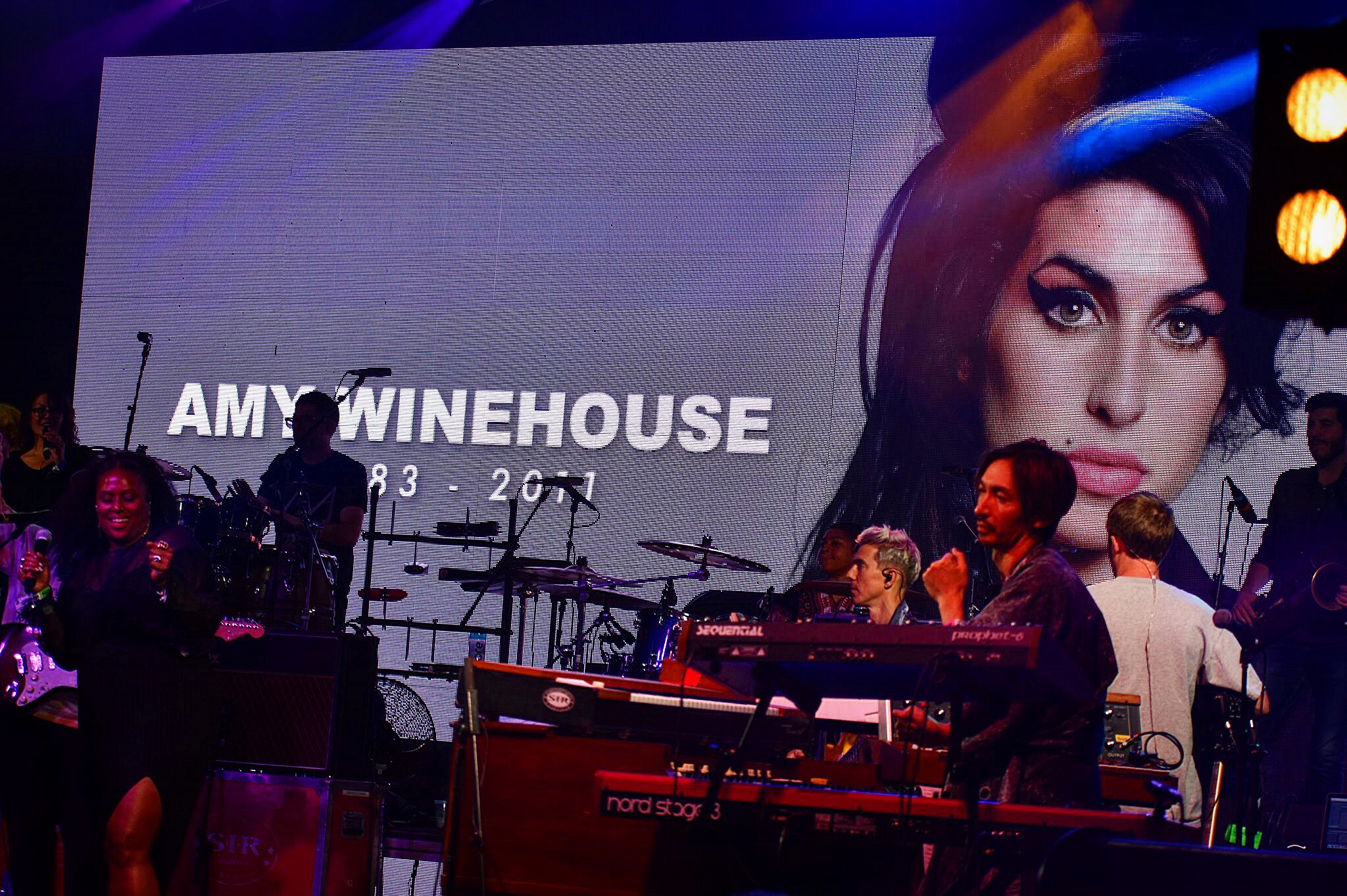 About a week before the festival, Bonnaroovians joined the world in mourning the loss of the legendary Dr. John.  While the New Orleans bluesman had touched most music lovers with his Cajun soul, Dr. John was special to us since the festival’s name was inspired by his album Desitively Bonnaroo.  Dr. John had also co-hosted one of my favorite SuperJams in 2011.  Playing homage to the legend and his inspiration, the core band covered, “Right Place, Wrong Time,” which brought out an appreciative roar from the nostalgic crowd.

For over three hours, the SuperJam stage was filled with music that connected genres and generations.  Trying to figure out what was the “best” or “most memorable” moments is impossible.  The crowd erupted when 2019 festival favorite NAHKO was joined by Natalie Rize for Bob Marley’s, “Could You Be Loved.”   Deva Mahal added her sultry soul vocals to her take on Sharon Jones’, “This Land Is Your Land.”  Jennifer Hartswick crooned Janis Joplin’s “Piece of My Heart.”   And that was all just in the first hour. 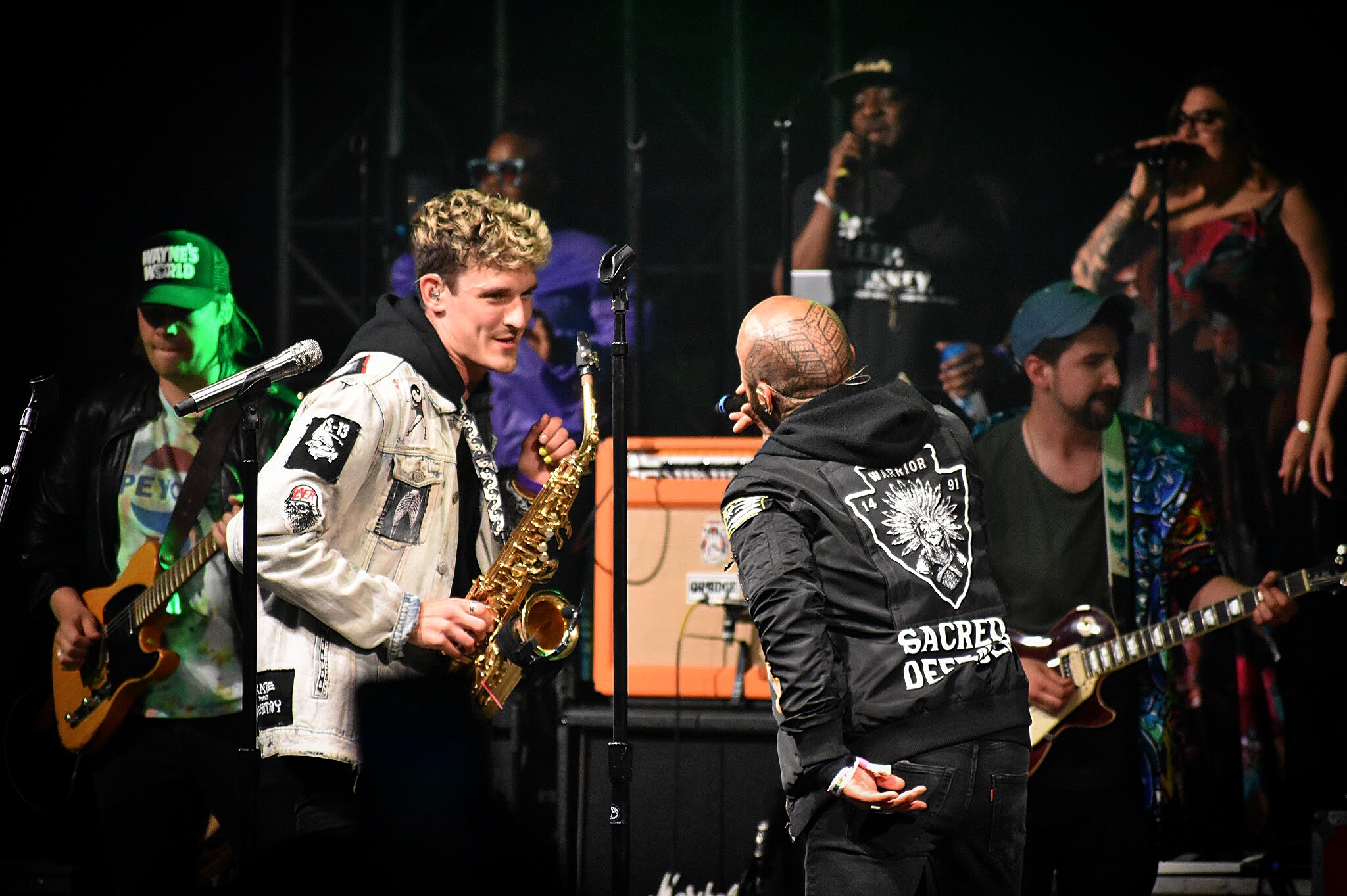 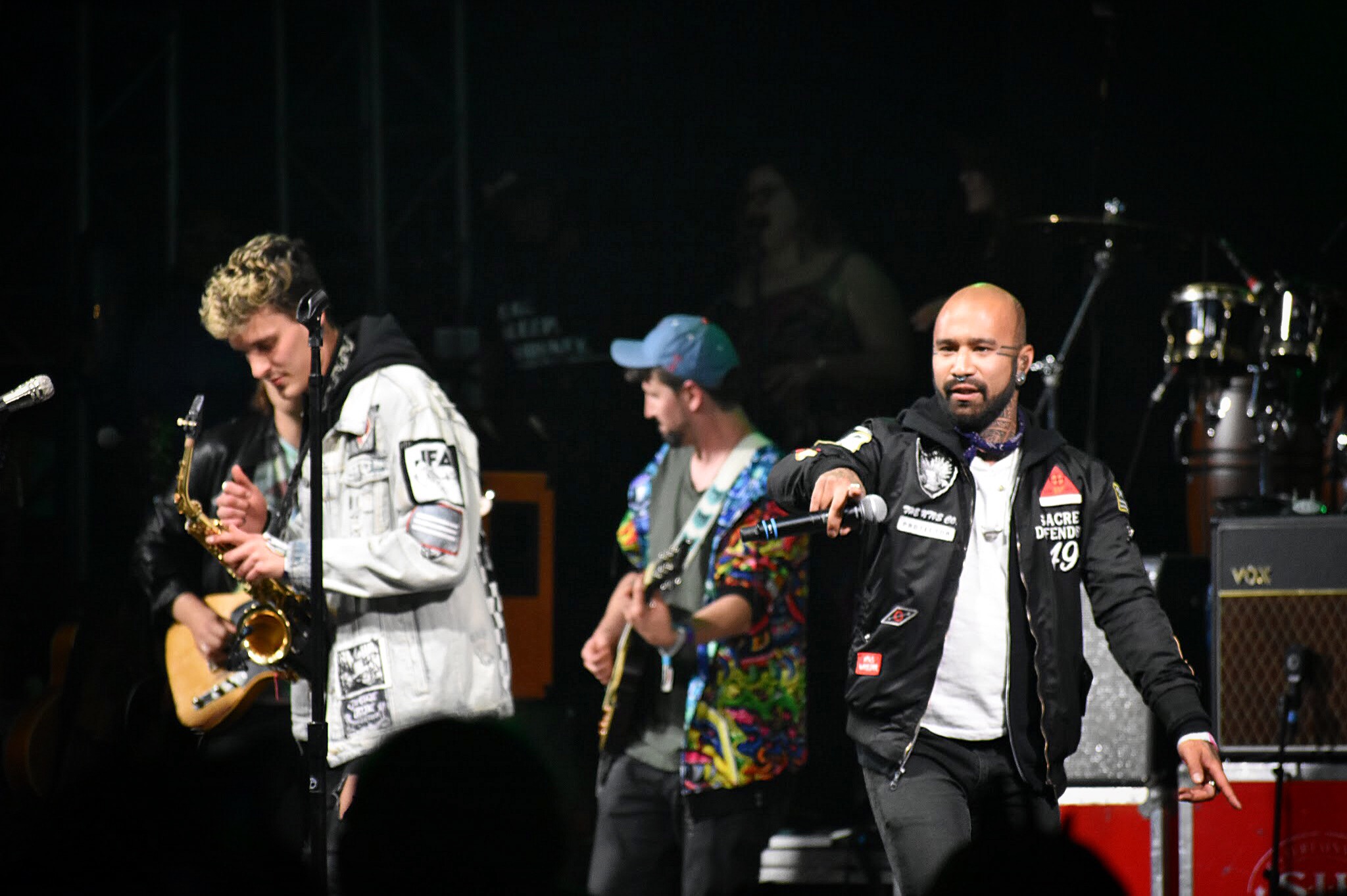 Lindsey Ell brought the rock guitar to the party with both Soundgarden’s, “Black Hole Sun,” and later, the Beatles’, “While My Guitar Gently Weeps.”  The latter’s outro offered both Ell and the all-star core band a welcome excuse for a prolonged jam session. Late addition Rainbow Kitten Surprise made their mark on the SuperJam as members of the band supported Hobo Johnson on a rousing version of Cash’s, “Folson Prison Blues,” and with lead singer Sam Melo joining Lindsey Ell and Jennifer Hartswick for a Sam Cooke number.

Hip Hop/pop star K. Flay brought heavy nostalgia from two decades.  Early in the setlist, she teamed up with Chrishira Perrier for Prince’s anthemic, “1999.”  Later, she brought the grunge with Nirvana’s, “Lithium.” 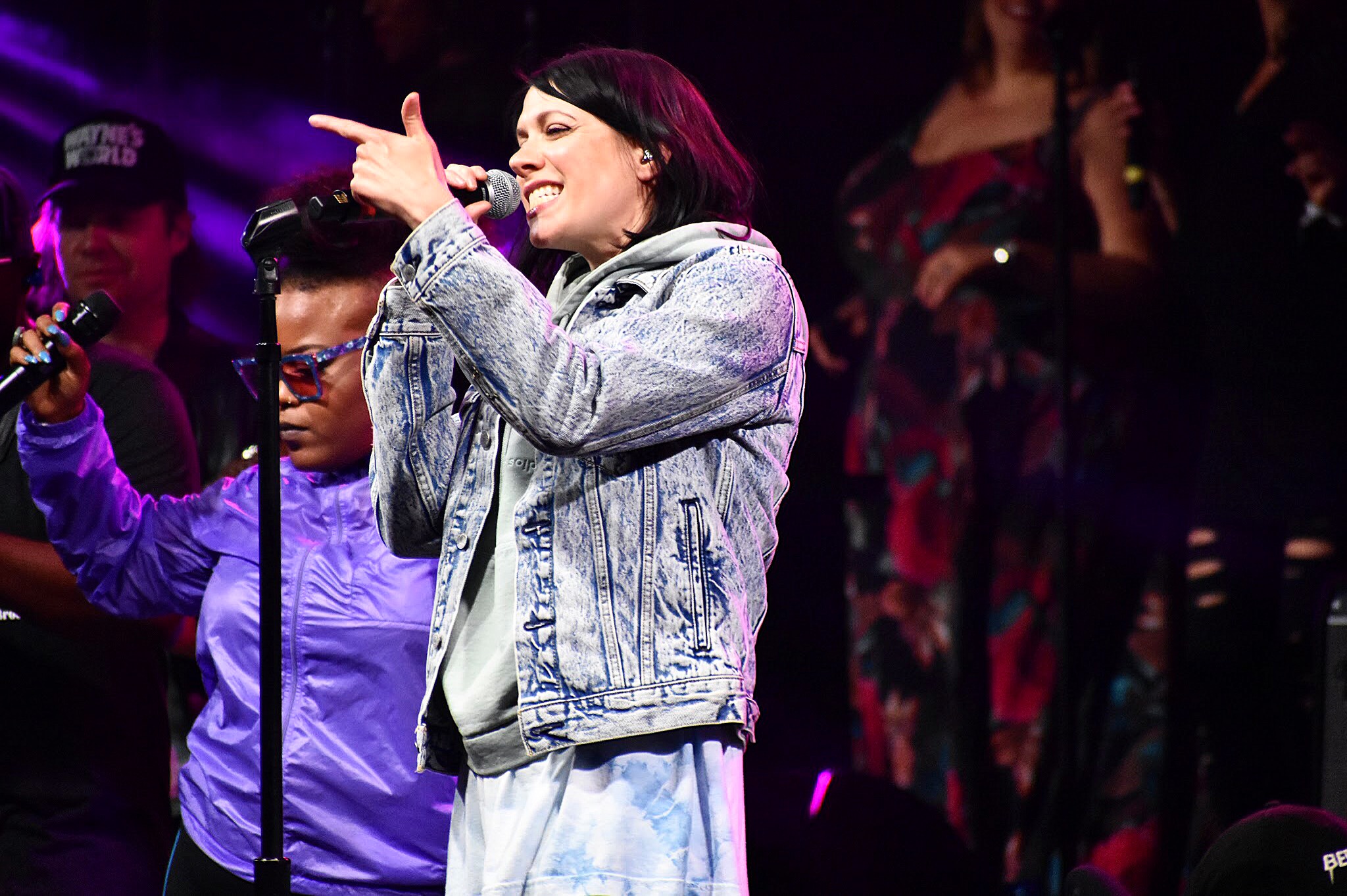 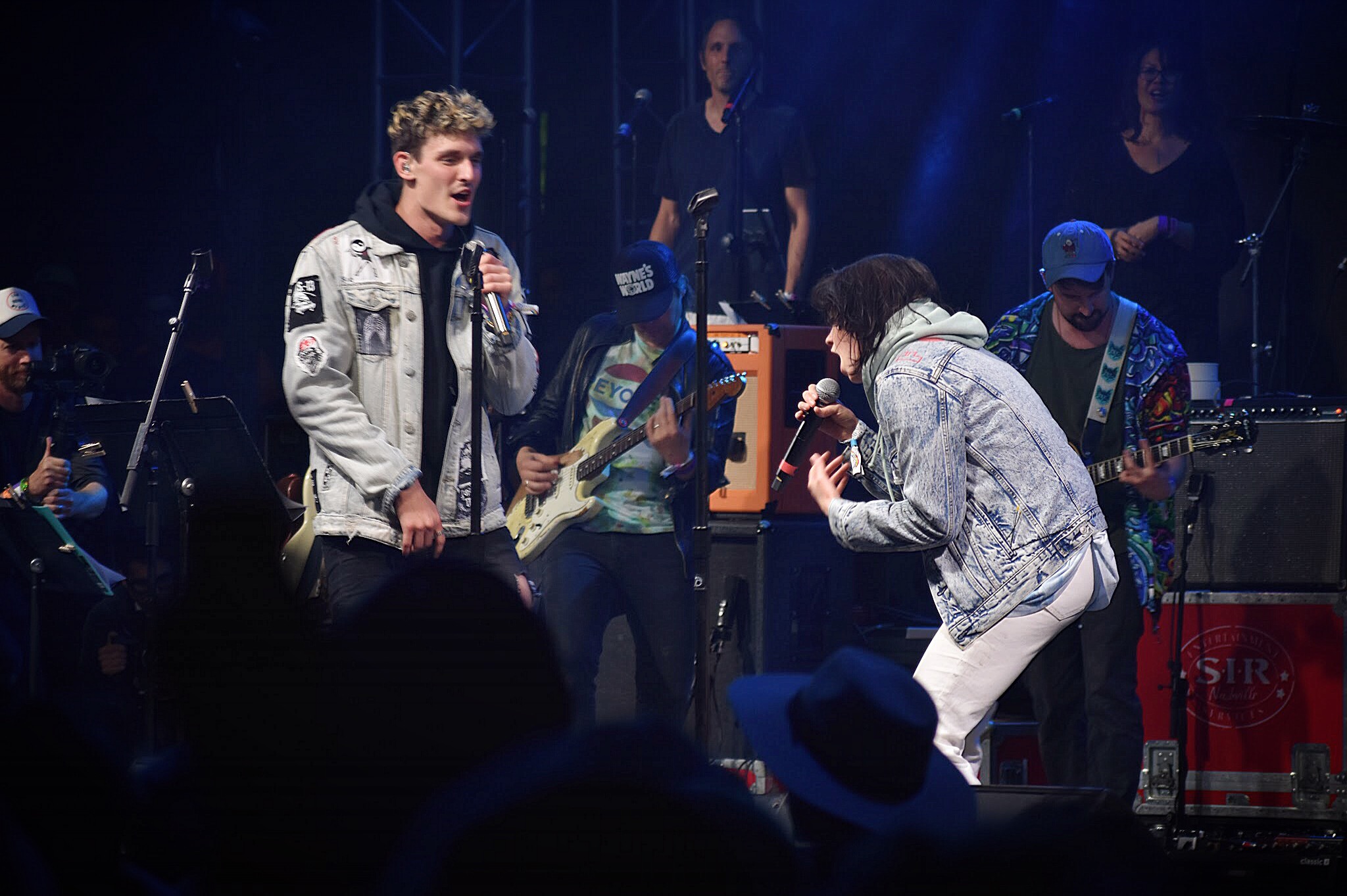 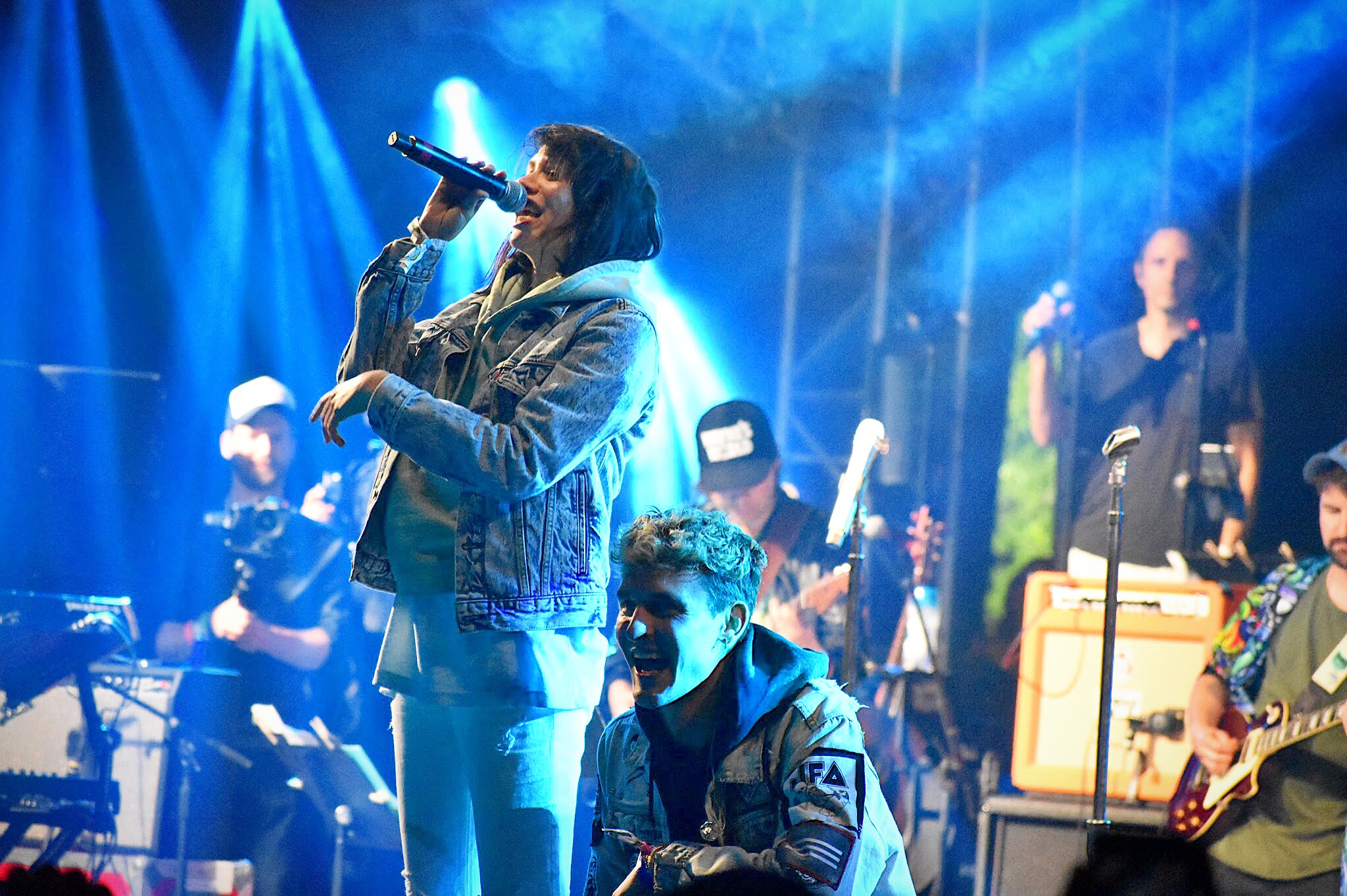 This year, the surprise guest that stole the show was at the SuperJam in more of a supporting role.  About half-way through Noah Kahan’s “Wake Me Up” tribute to Avicii, he was joined on stage by the high-energy Music City Mystique Drumline. The energized crowd clapped along with their thunderous rhythm. The drumline stayed on the stage for their own solo before Nicholas Petricca from Walk The Moon came out to lead an audience-wide singalong of Queen’s, “We Will Rock You.”  The stomp and clap crowd participation was loud enough, I’m pretty sure the whole festival grounds could hear it. 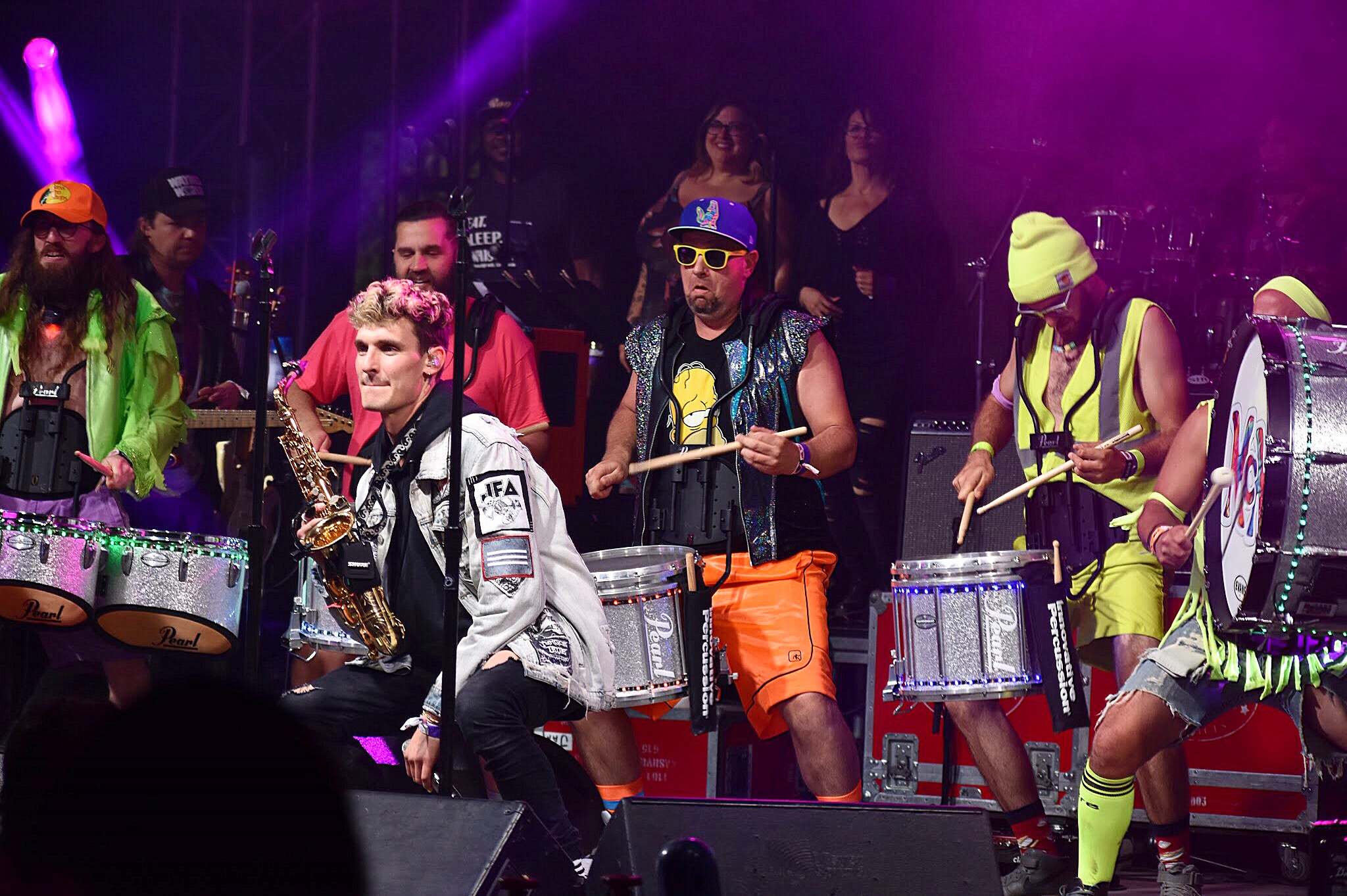 While there’s not really a “headliner” for SuperJam, Petricca was the star power on the top of the billing.  Taking that role seriously, we got some collaborative treats while he took his turn on the stage. Keeping the Queen homage going, he first welcomed KAL of Rubblebucket for a dramatic take on the Queen/David Bowie classic, “Under Pressure.”   Later, upping the ante on the Bowie love, Petricca was joined by Bowie’s own “Blackstar” Band to pay tribute to the lost legend on, “Let’s Dance.” 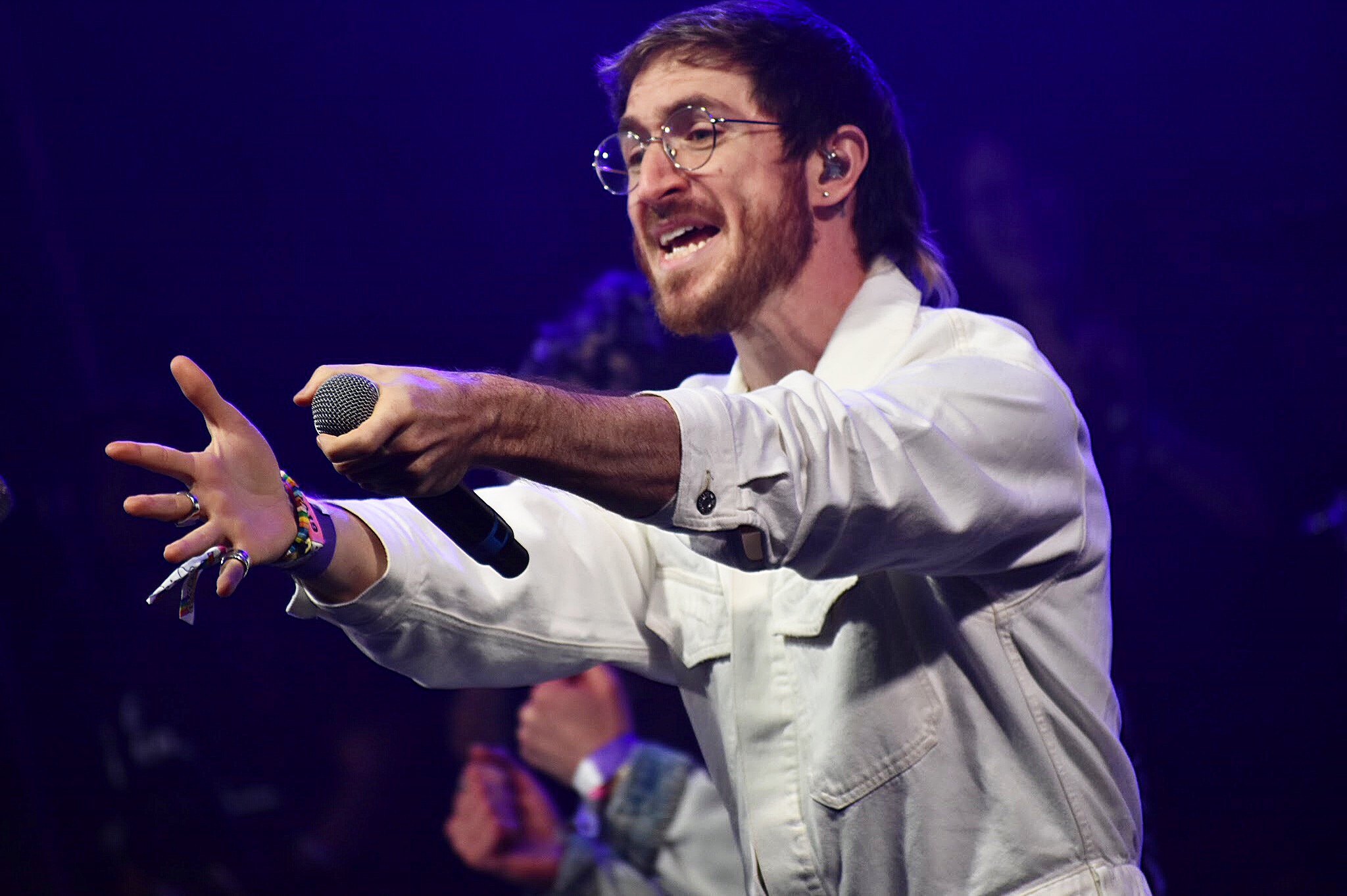 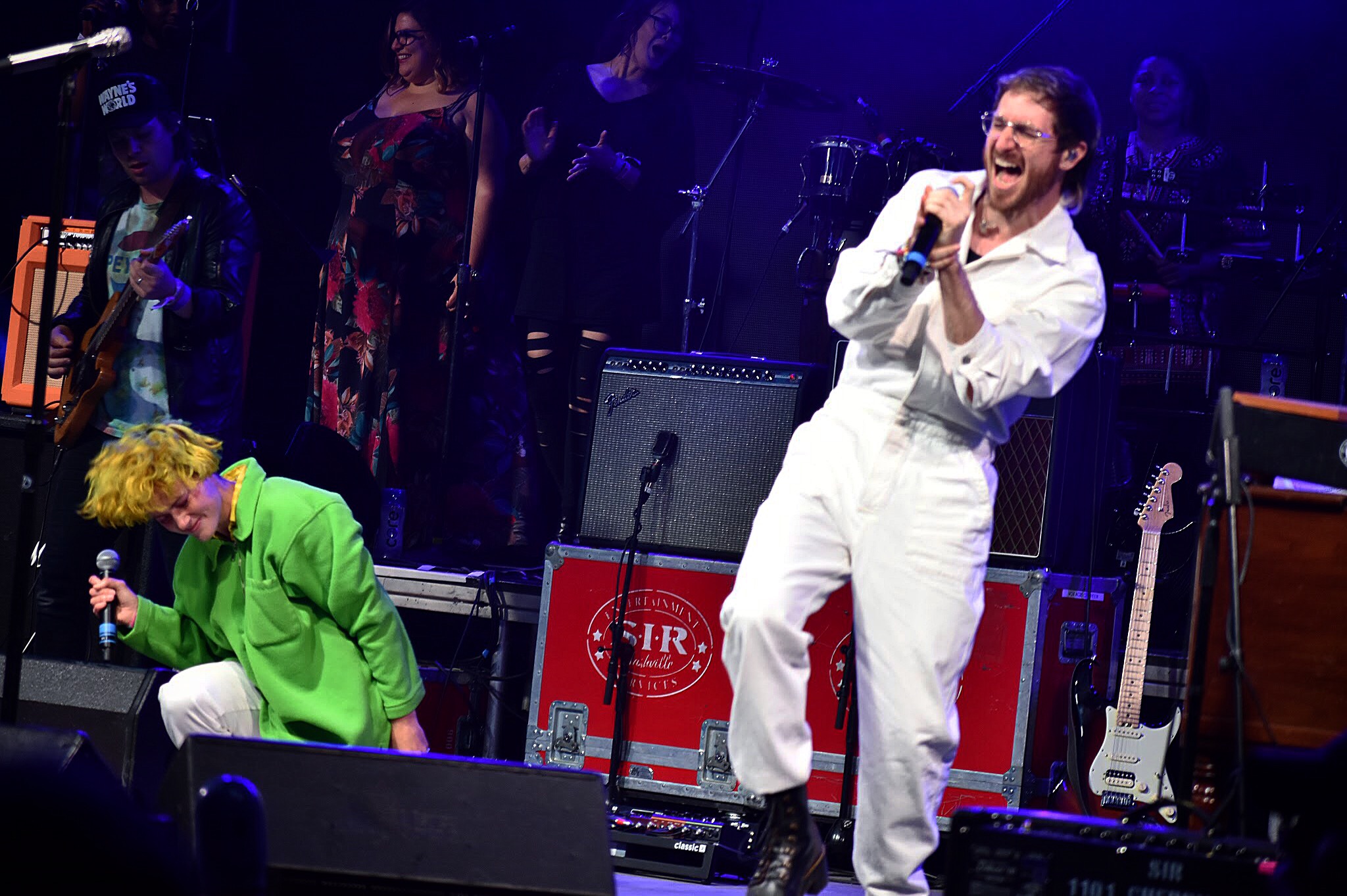 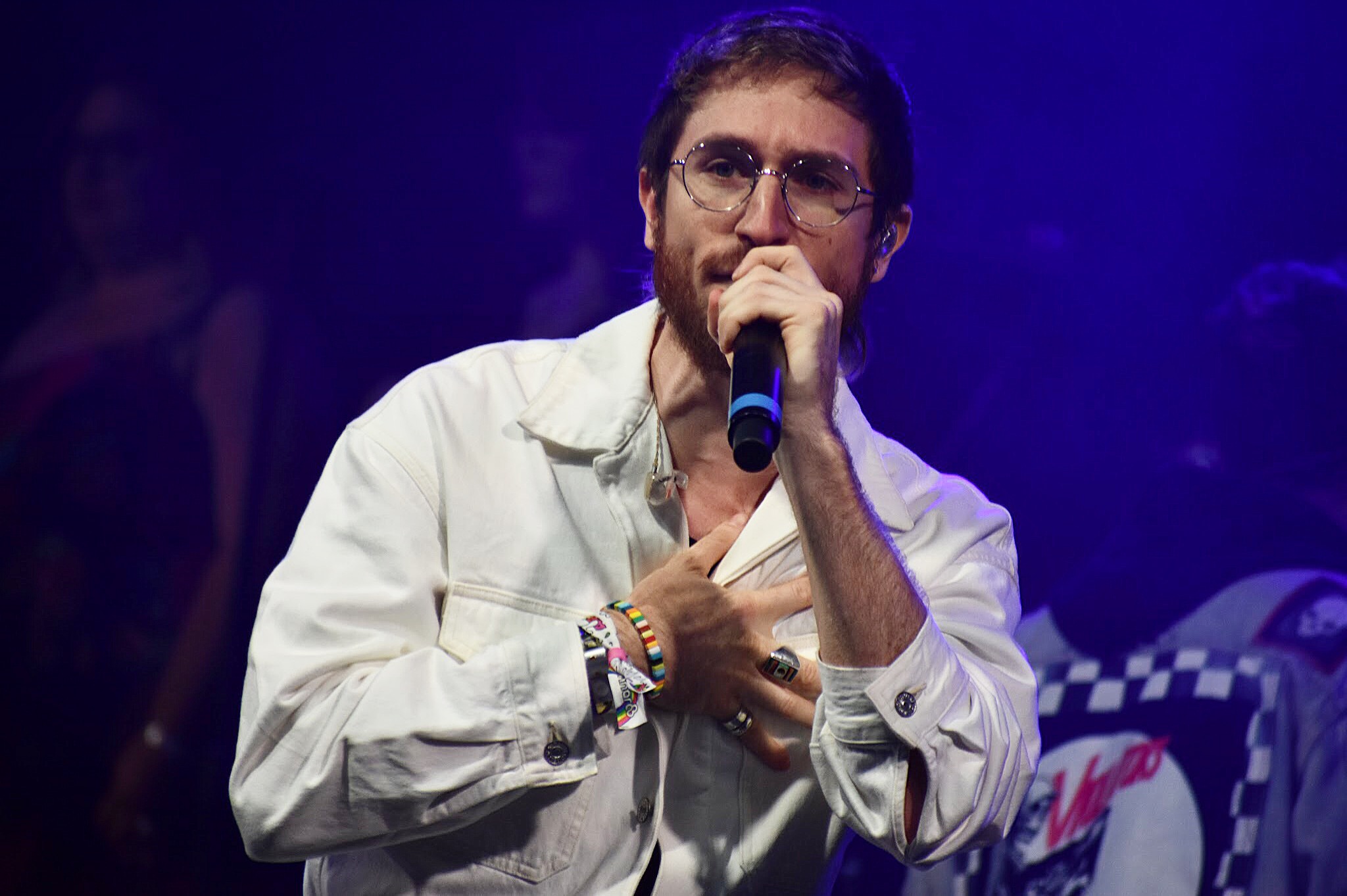 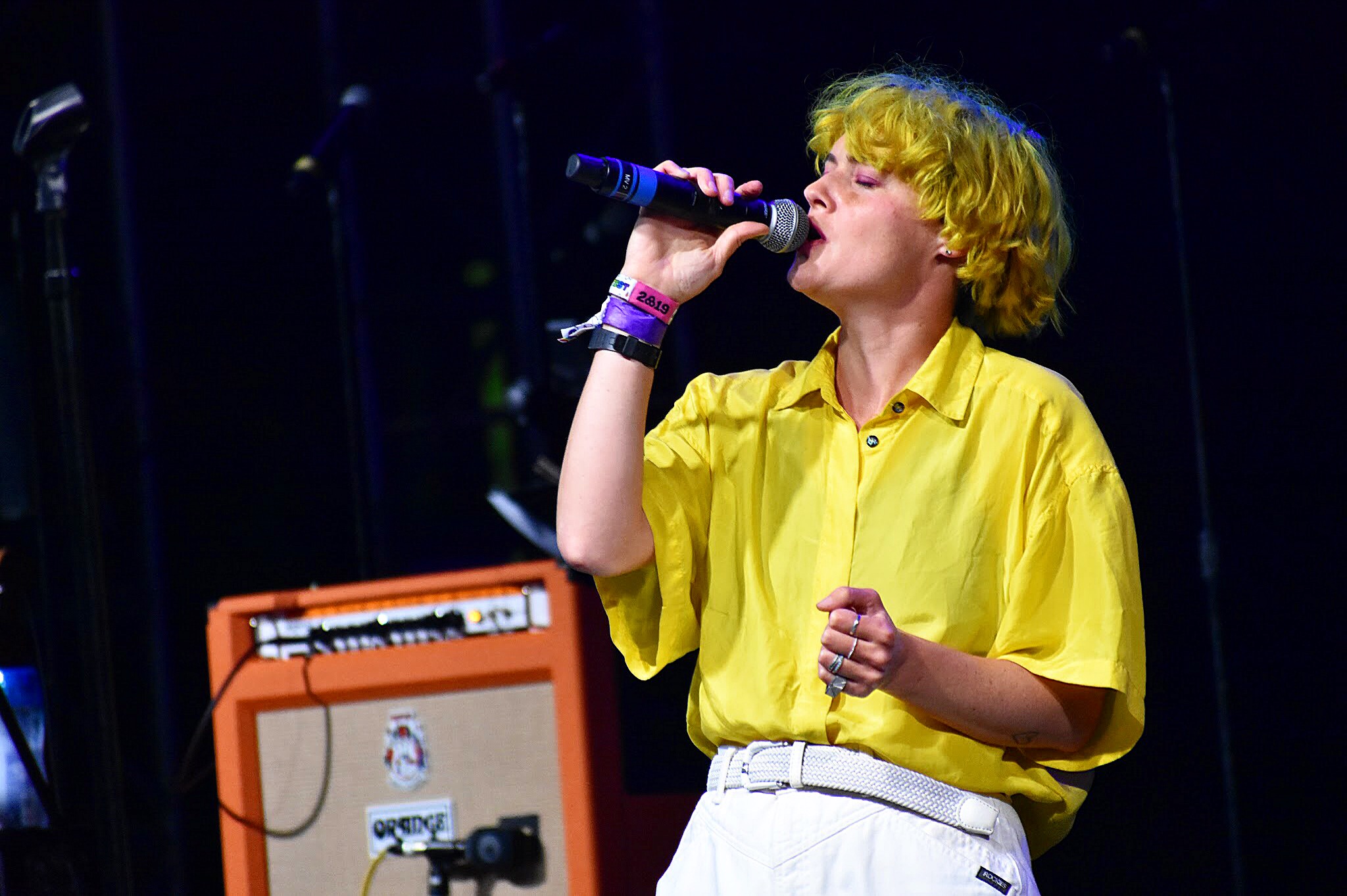 It would take too much text to recap the entire SuperJam.  Frankly, no amount of writing can give this annual once-in-a-lifetime show its proper due.  It’s something that you just have to experience to understand why it’s a big part of what makes the Bonnaroo Music and Arts Festival the best weekend of the year.  Now its time to start thinking about who will curate the 2020 SuperJam and dreaming about the potential collaborations.

[Coverage and Photos by George Maifair]