The 2019 Bonnaroo Music & Arts Festival started off a little different for East of 8th.  Having eased into Bonnaroo 2019 by spending Thursday night taking in the Americana and country music sounds of the Grand Ole Opry for East of 8th’s sister publication, Mother Church Pew, we had forgone many of the no-sleep, first night shenanigans of years past.  It was with a remarkably clear head and a surprisingly thick layers of clothes (the temperature dropped to 48 degrees!) that we awoke to our first morning back on The Farm.

So that we get it out of the way, we’ll tackle the greatest controversy of the weekend—The Bonnaroo Arch.   For the last 12 years, festival attendees streamed under the famed and beloved Arch.  A few weeks before the 2019 festival, Bonnaroo reported that the old arch had become unsafe, was demolished, and a new arch would be built for 2019.  Therefore, we present you with what the internet has dubbed the “Squarch”: 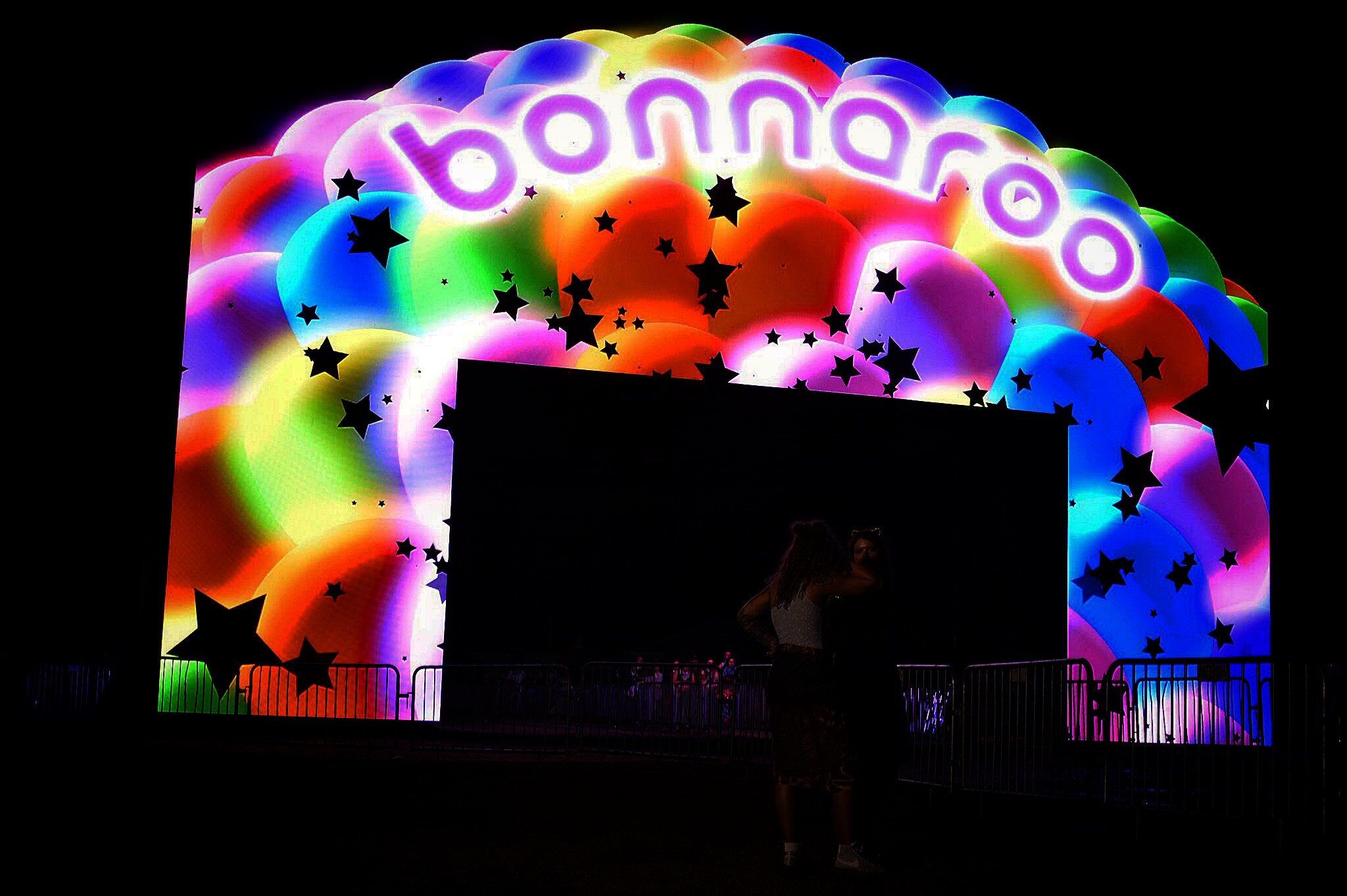 Made of towering LED screens, the structure itself is square.  The opening you pass under…well it’s square too.  An image of an arch is then displayed on the screen.  While it’s visibly stunning, especially at night, the reviews are mixed.  As an eight-year vet of the festival that already talks about how “things used to be,” I personally hope they re-think it. Other people I talked to said it grew on them as the weekend went on.  However, one thing is clear based on #squarch trending on social media—Bonnaroo’s fans took enough geometry to know that an arch is supposed to be curved.

But enough about the décor and more about the music:

By 4:00 on Friday afternoon of Bonnaroo, I had already watched the hardest rocking band I would see all weekend.  With a rare blend of scorching vocals and blazing guitar skills from band founder Clementine Creevy, Cherry Glazerr had the crowd nodding along to some straight up rock music.  Thankfully someone forgot to tell Cherry Glazerr that true screaming guitar and pounding drums rock music has taken the back seat to more easy-going pop anthems.  While the audience savored the dark aura of Creevy’s haunting vocals on “Daddi” and “Nurse Ratched,” it was her hair flailing guitar solos on bangers like “Wasted Nun” and “Distressor” that elicited huge roars from the crowd.

It almost felt like a flashback to earlier years at Bonnaroo when I realized I had just taken in a kick ass rock show and was now waiting through soundchecks for a true alternative rock band to take the festival’s main stage.  Although a more recent entry into the genre, the Welsh quartet of Catfish and the Bottlemen have built a strong reputation for carrying forward the long line of British alternative rock bands.  Too cool in their all black attire to notice the Tennessee summer heat, the band featured enough jumpy guitar riffs to keep the sun baked crowd’s attention.  Totems and flags waived atop of the sea of fans as the band made sure to hit on crowd favorites “Longshot” and “2all,” and inject energy into the hot and hazy afternoon. 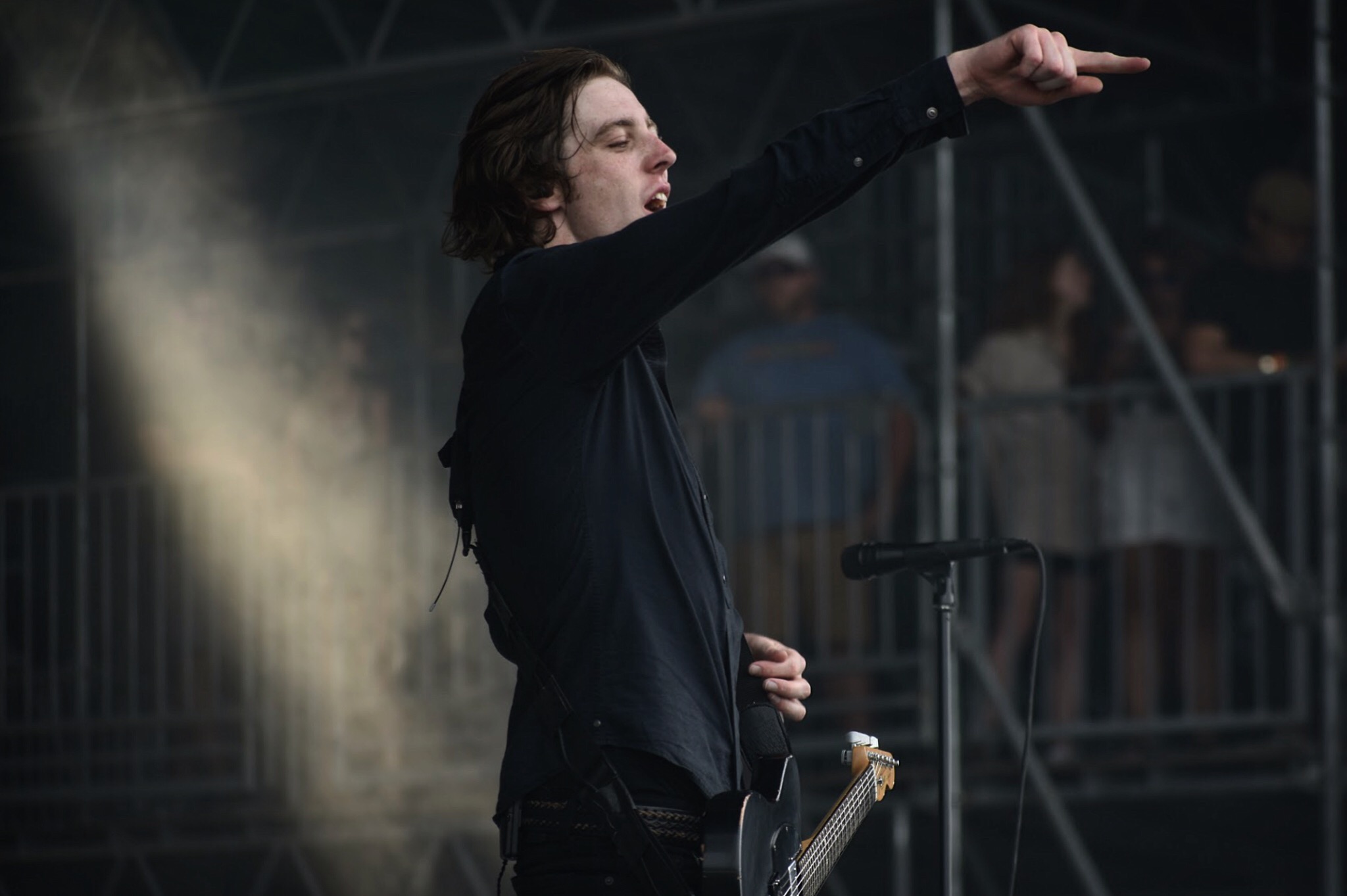 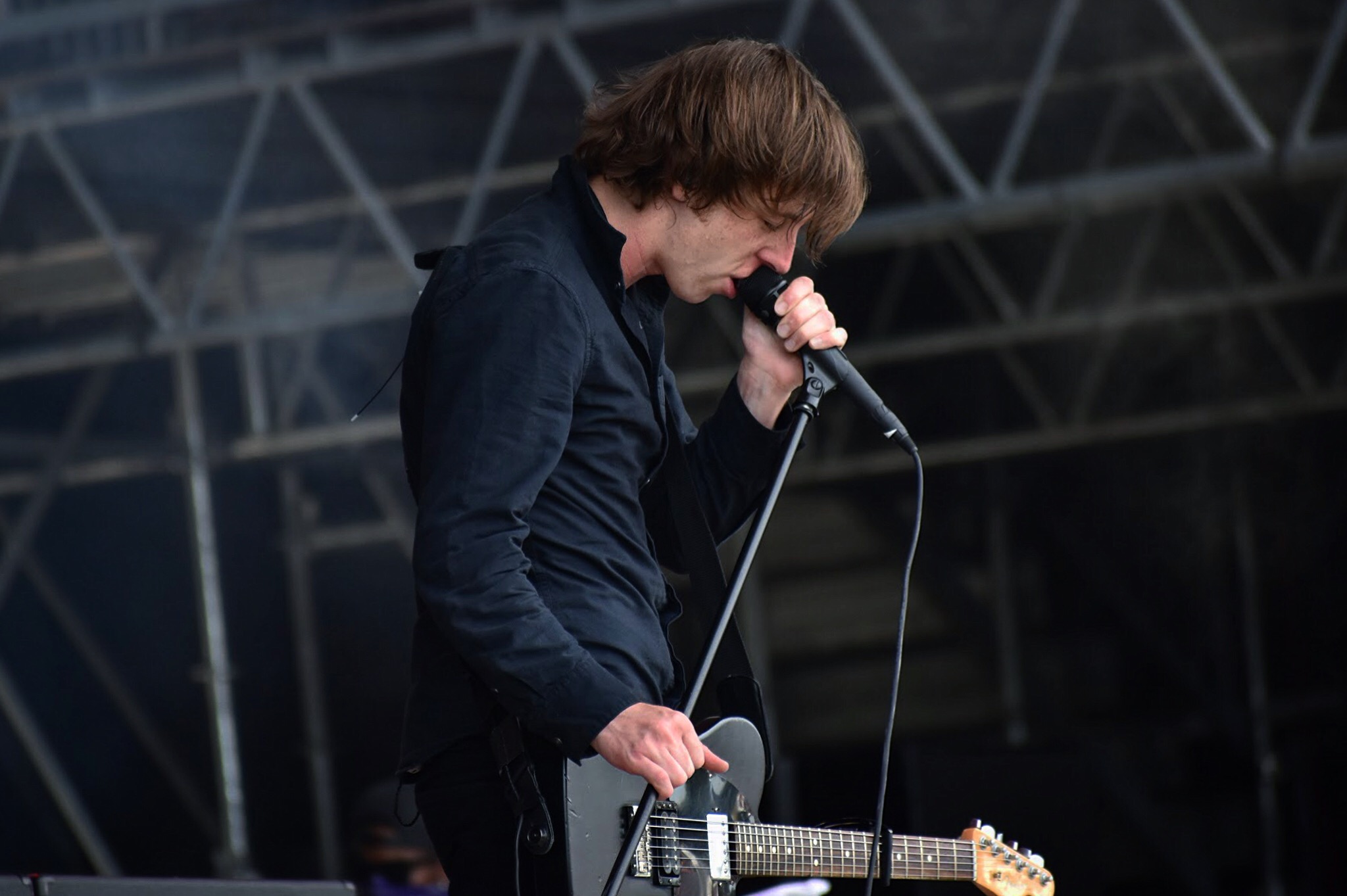 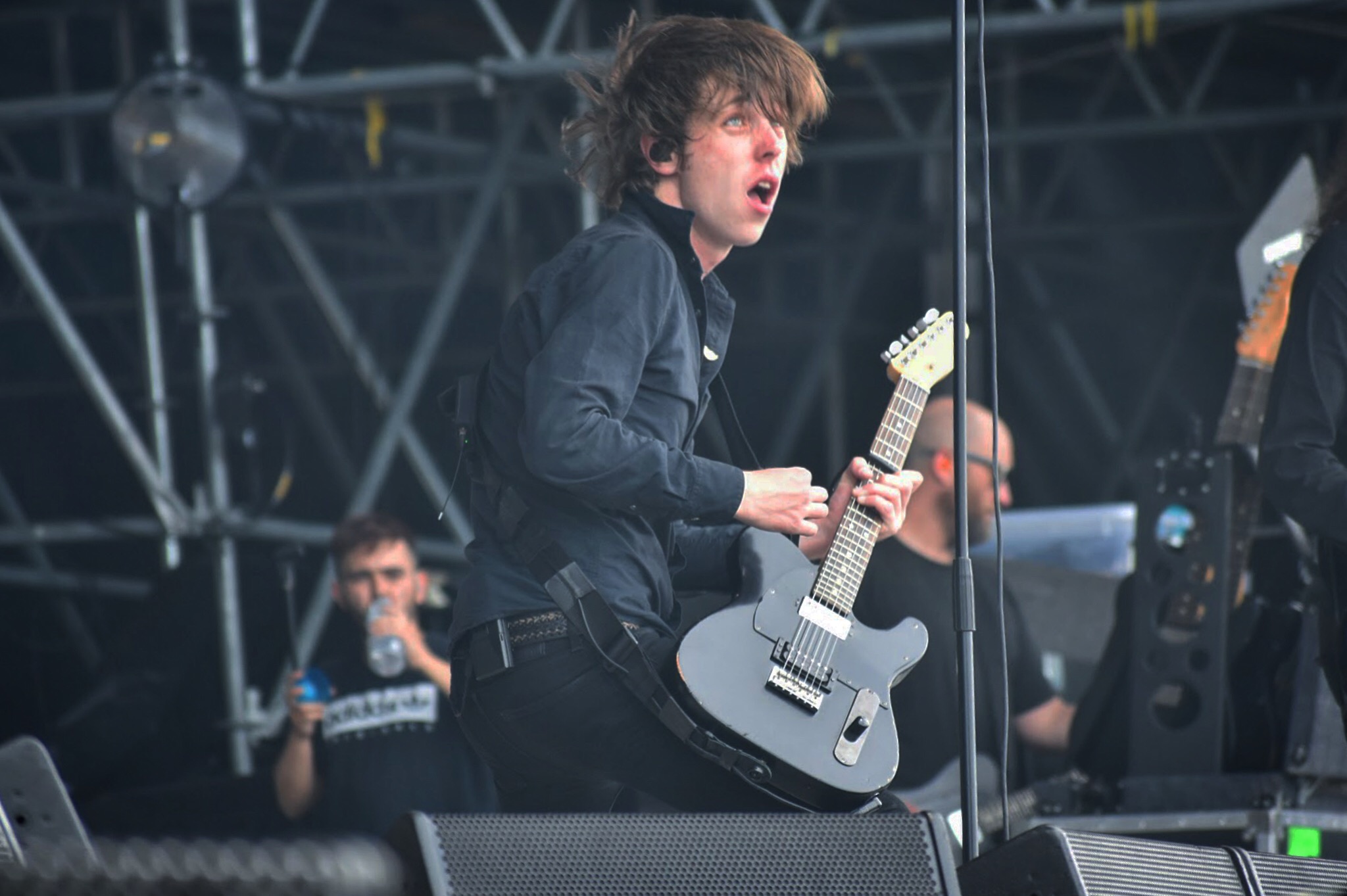 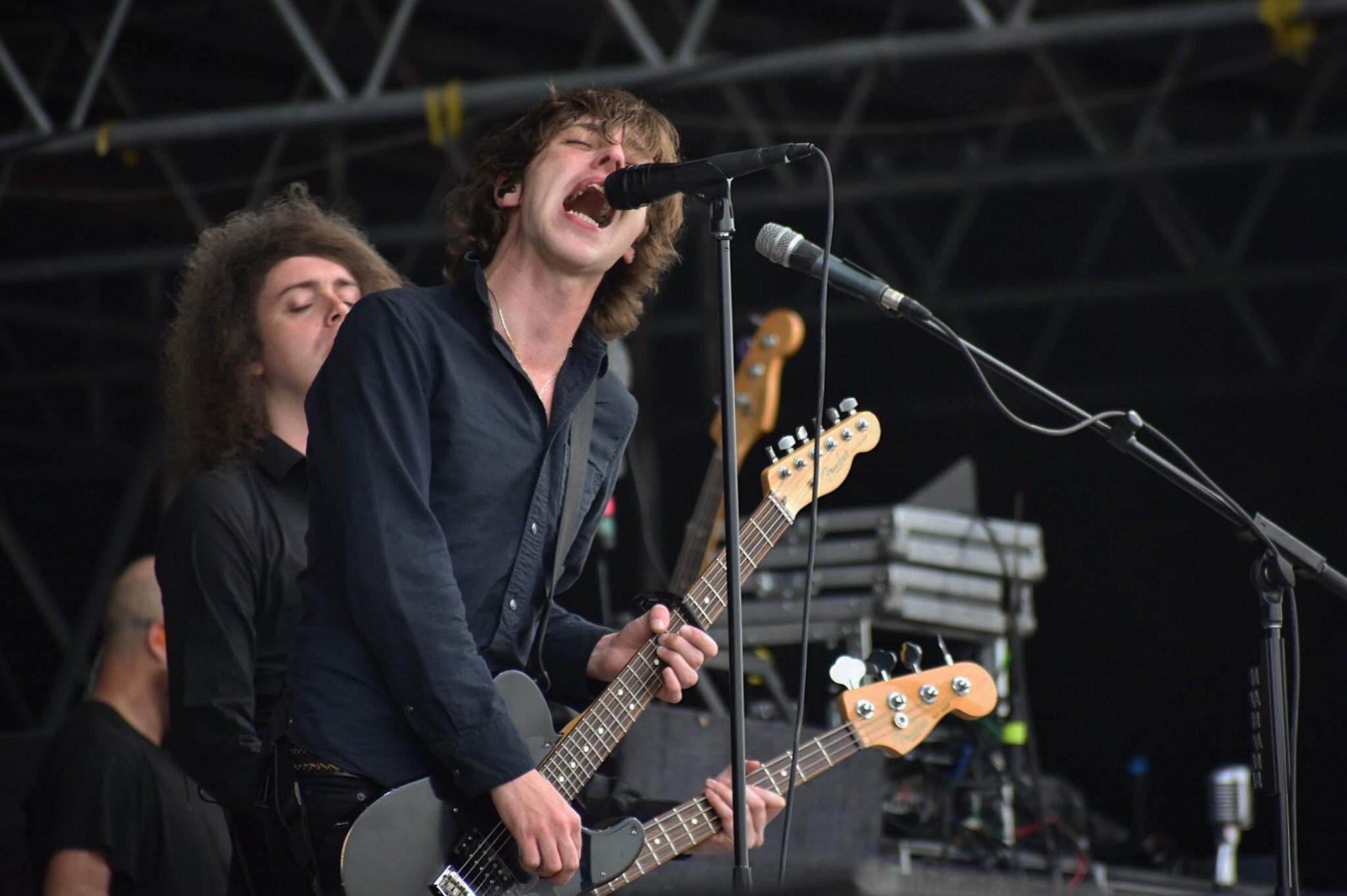 Bonnaroo is a marathon and not a sprint.  Although the day started in the early afternoon, there was still a lot of music to be heard after the sun set on Friday night.  As the evening cooled, the sounds also took on a chilled vibe.  Only visible as back-lit shadows, indie rockers Beach House oozed melty dream pop vibes from their mire of fog.  Under the darkness and haze of the stage setup, songs like “Walk in the Park” and “Wishes” took on an ethereal quality, floating from the night. 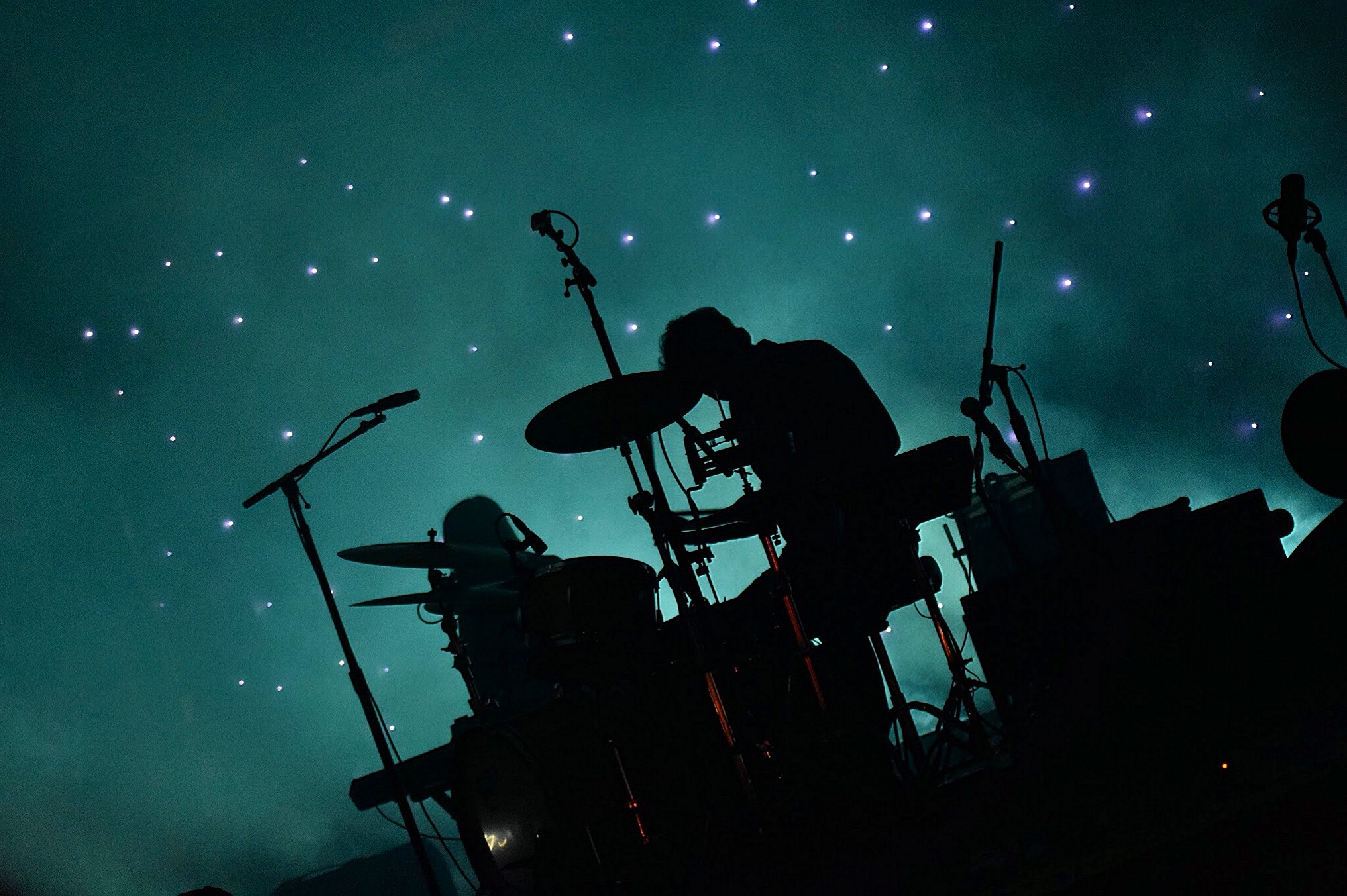 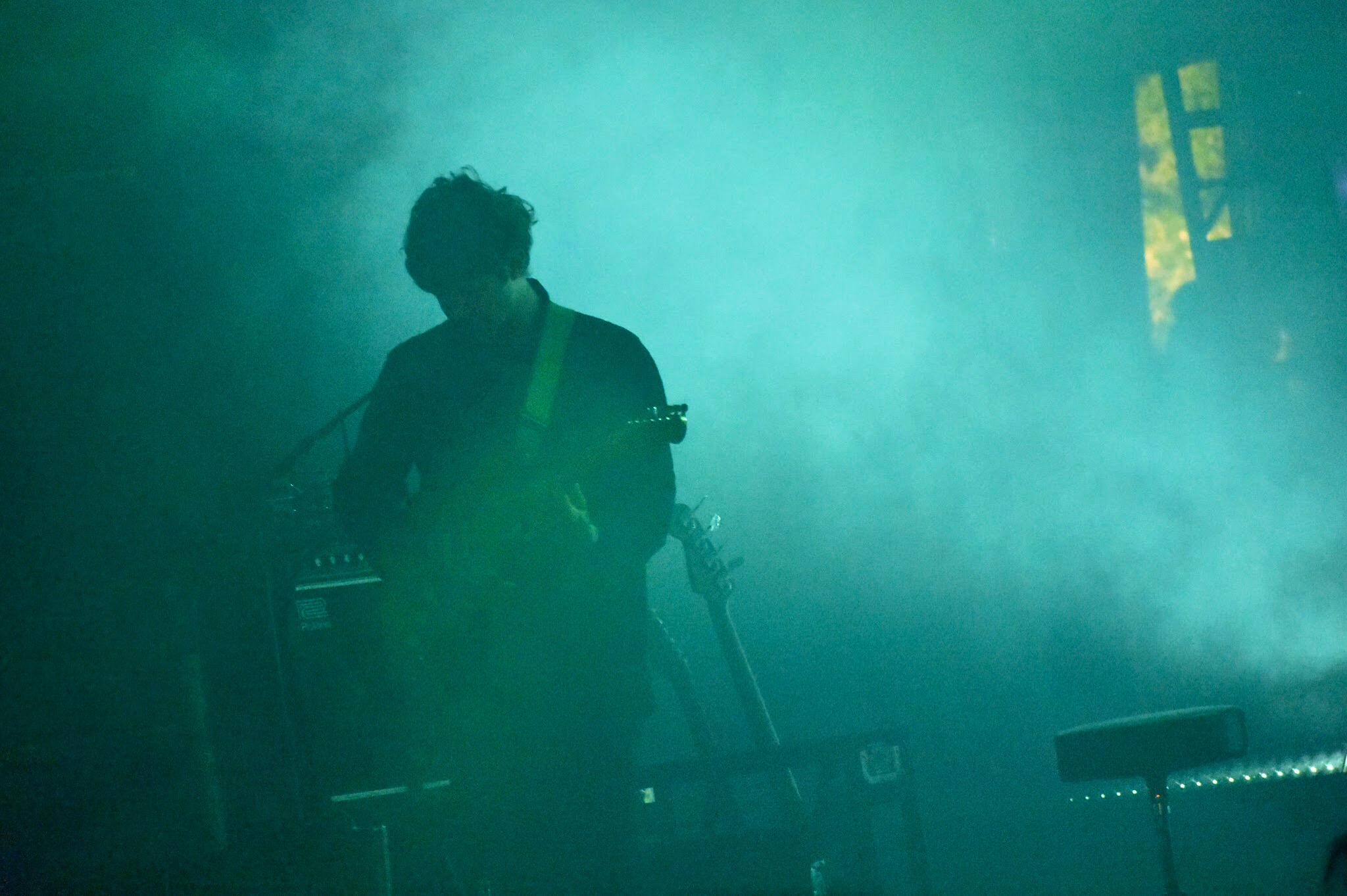 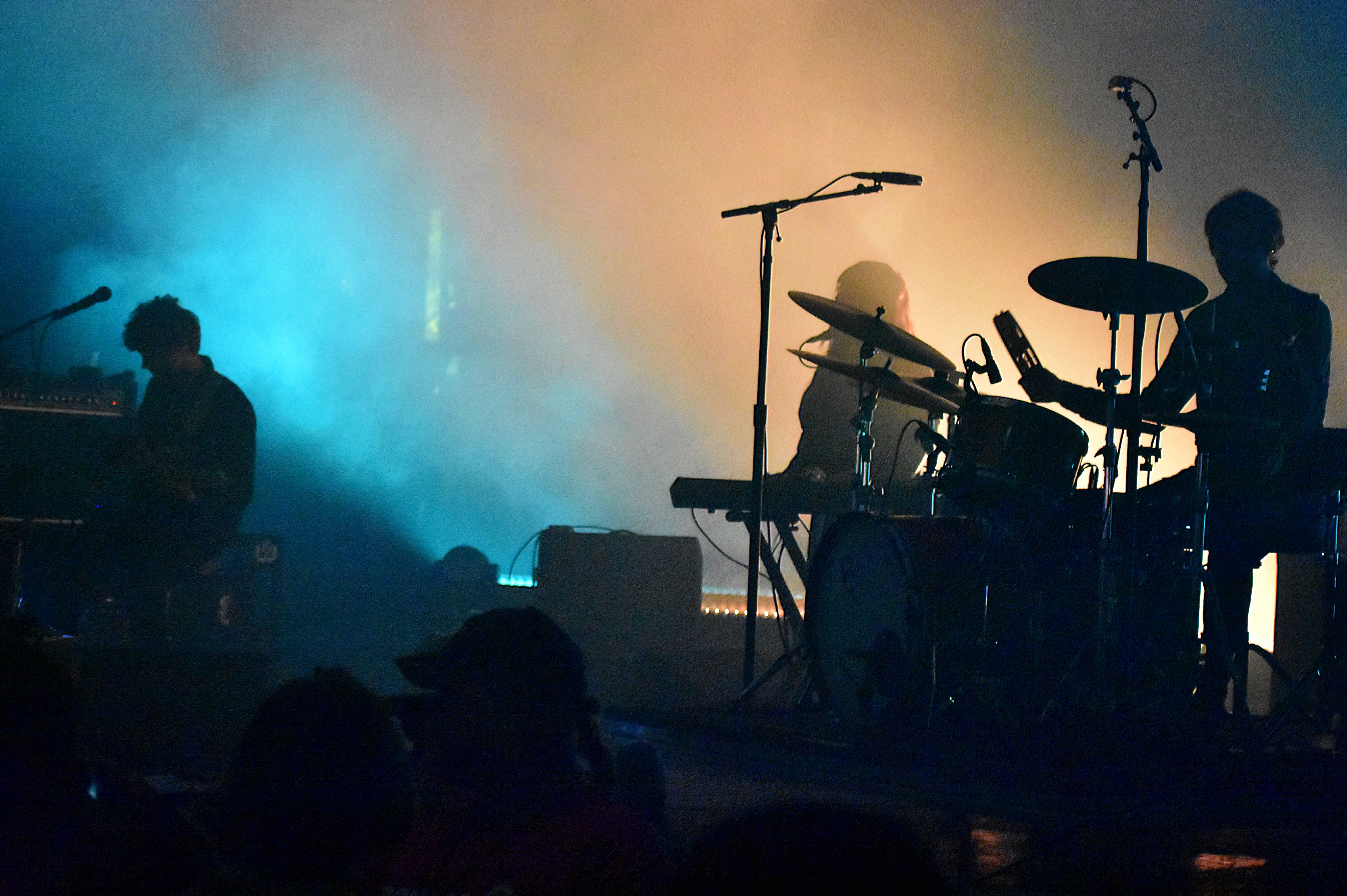 By the time the glow of Beach House was extinguished, it was already well past midnight and it was technically Saturday at Bonnaroo.  However, this was not a time for sleep.  While parts of the crowd were headed to the festival’s electronic music playgrounds of the Other and Kaliope Stage (the insanity pictured below) to dance until sunrise, I was on my way the always epic, Bonnaroo SuperJam.  Make sure to catch East of 8th’s upcoming SuperJam feature article to see what we got into in the early morning hours. 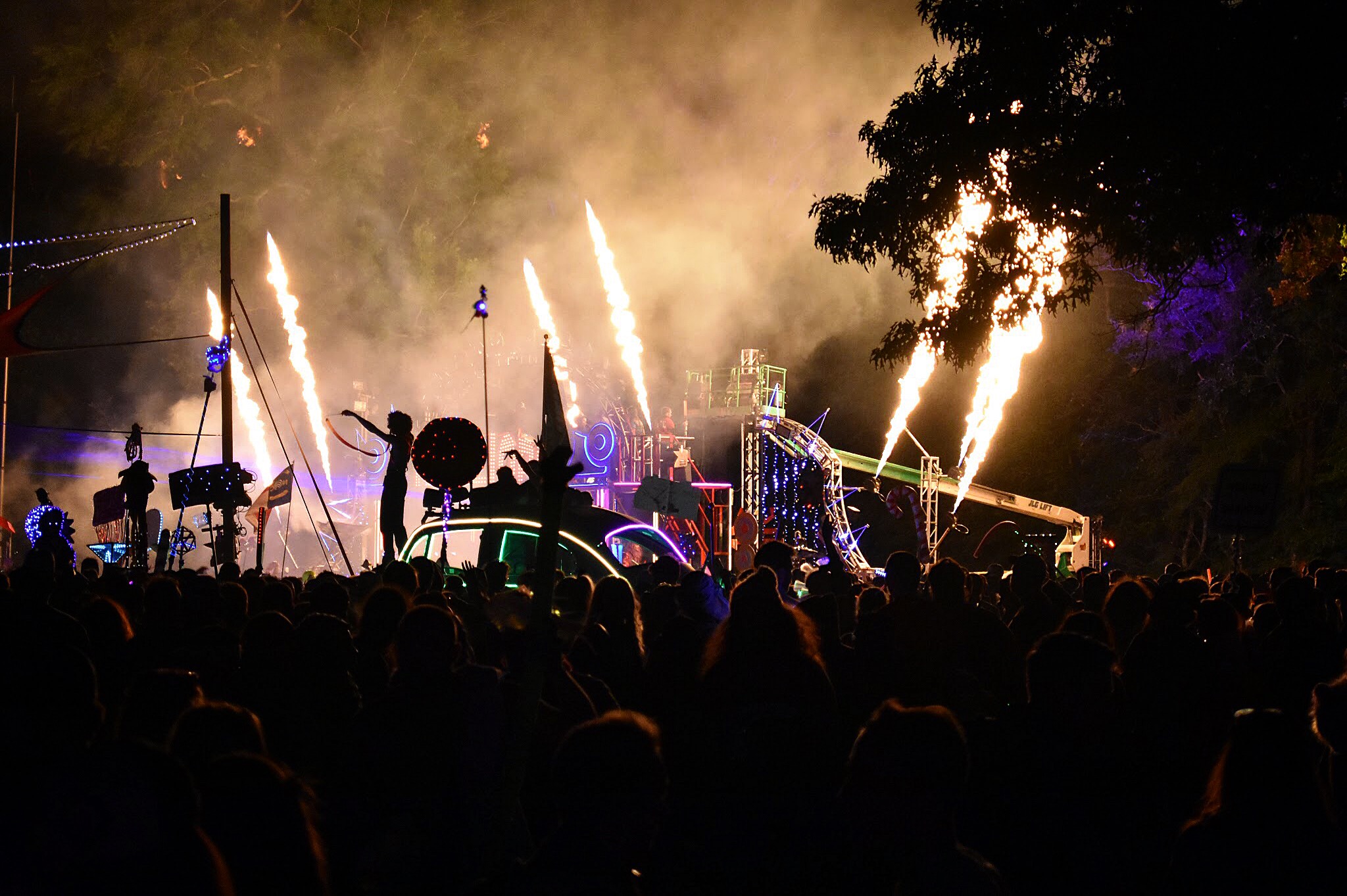 Somewhere between leaving our campsite on Saturday morning and pulling up along the rail at the festival’s main What Stage, I had a brief moment to consider whether I had indeed become too old to listen to shows until 5am and then be back for more shows before lunch the next day.   However, that mental conversation was tabled, hopefully permanently, once I was back in the company of fellow Bonnaroovians sharing in the magic of the festival.  I have said it for years, Bonnaroo has a natural energy that keeps you going better than the strongest cup of coffee.

Few artists have exploded on the music scene like Nashville’s own Maren Morris.  In less than three years, she has gone from “name to watch,” to “rising star,” to “country crossover pop diva.”   With it being almost impossible to get into one of her shows in Nashville, I had a high level of personal anticipation for her Bonnaroo set.  Looking around the crowd you could easily see the truth in her “crossover” hype.  The waiting audience ranged from cowboy hat country music purists, Snapchat streaming party teens, curious on lookers, and everything in between.  Belying the high production of her stage setup, Morris quickly won over the diverse crowd with her relatable charm.  While her setlist easily qualified as a greatest hits montage, she took plenty of time to tell stories about her struggles starting out in Nashville, song inspirations, and her love for the festival itself.  By the end of the show, the crowd enjoyed Morris the person as much as they loved singing along to “80s Mercedes,” “My Church,” and her “life changing” hit, “The Middle.” 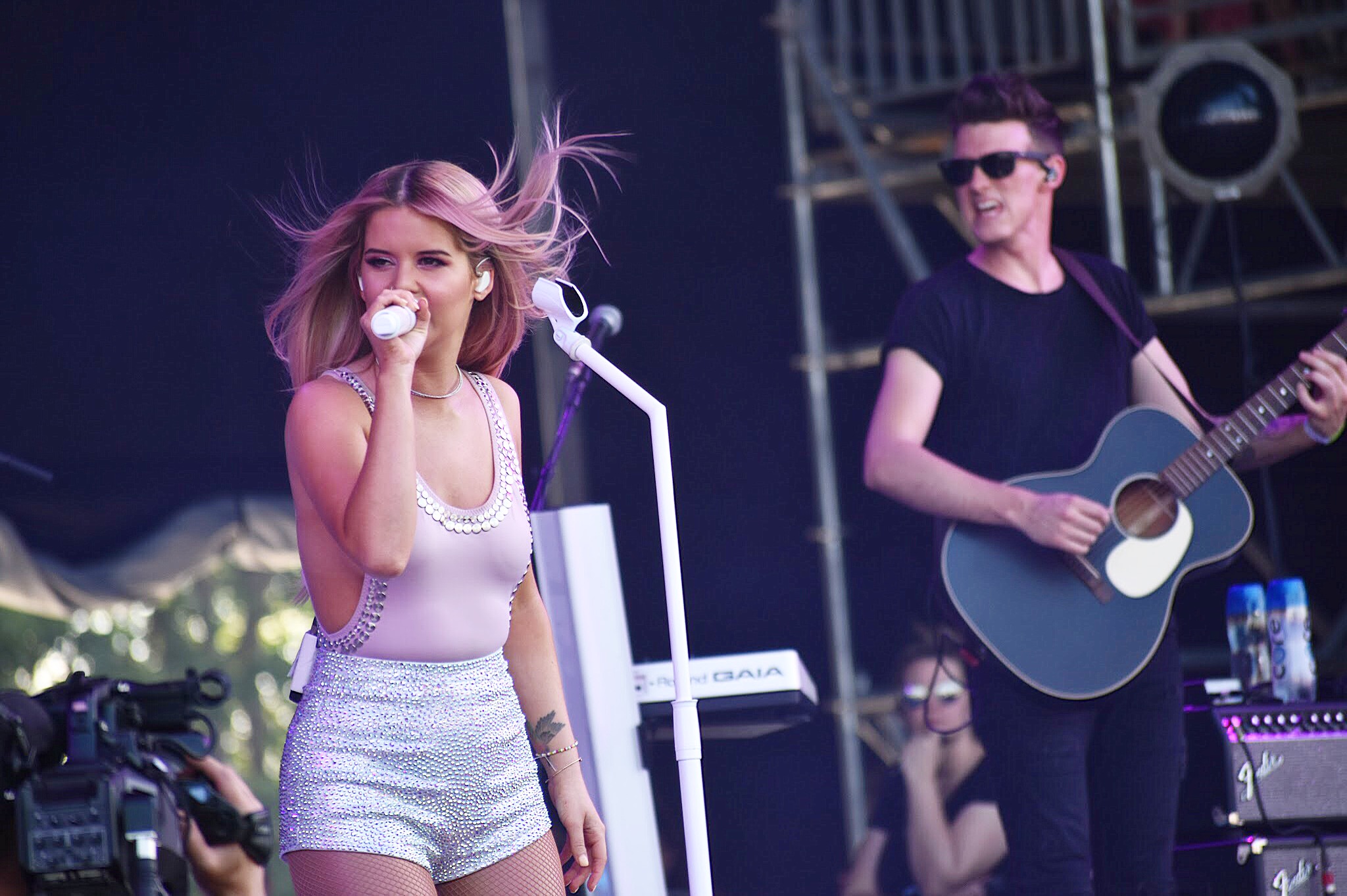 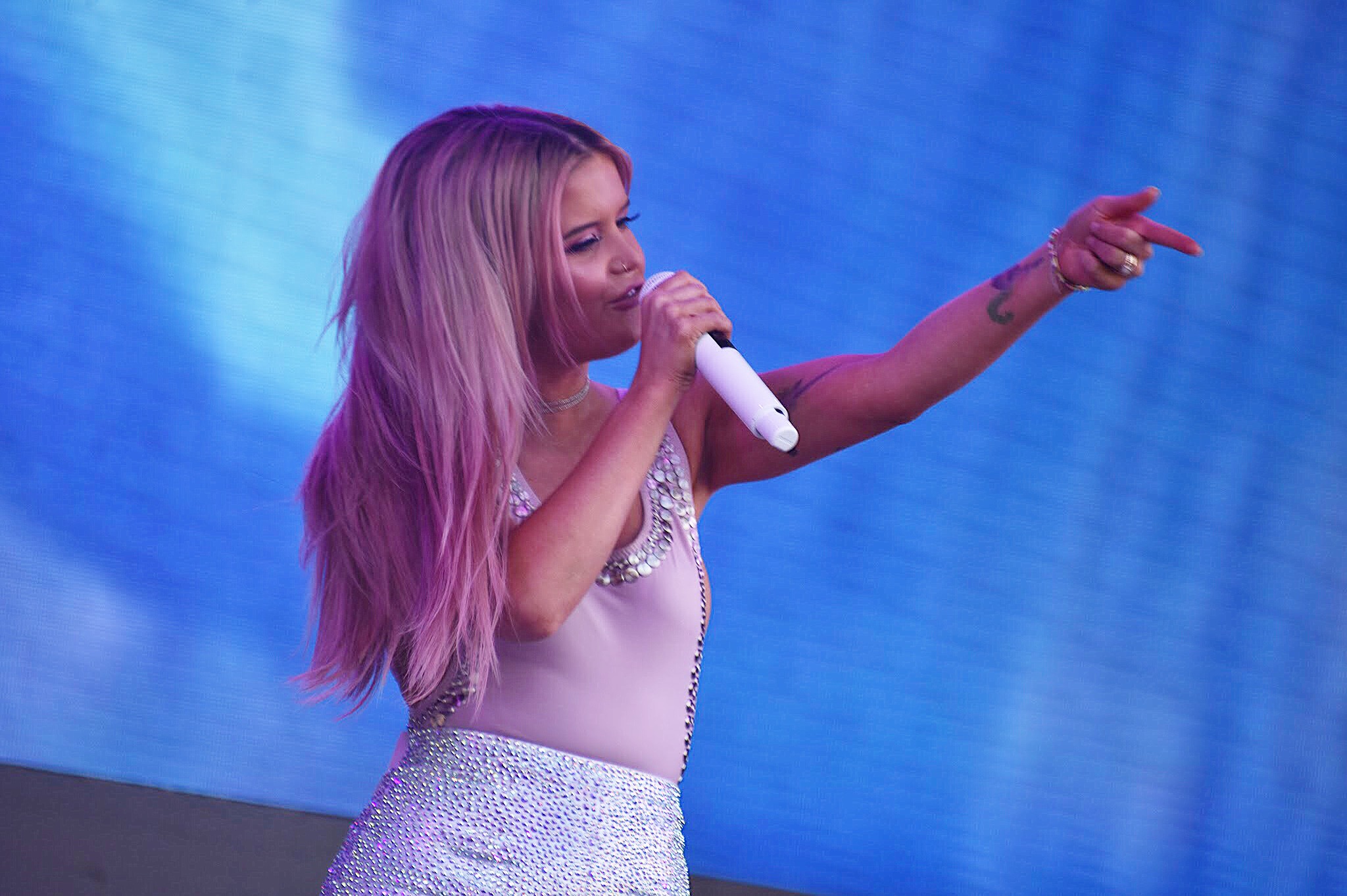 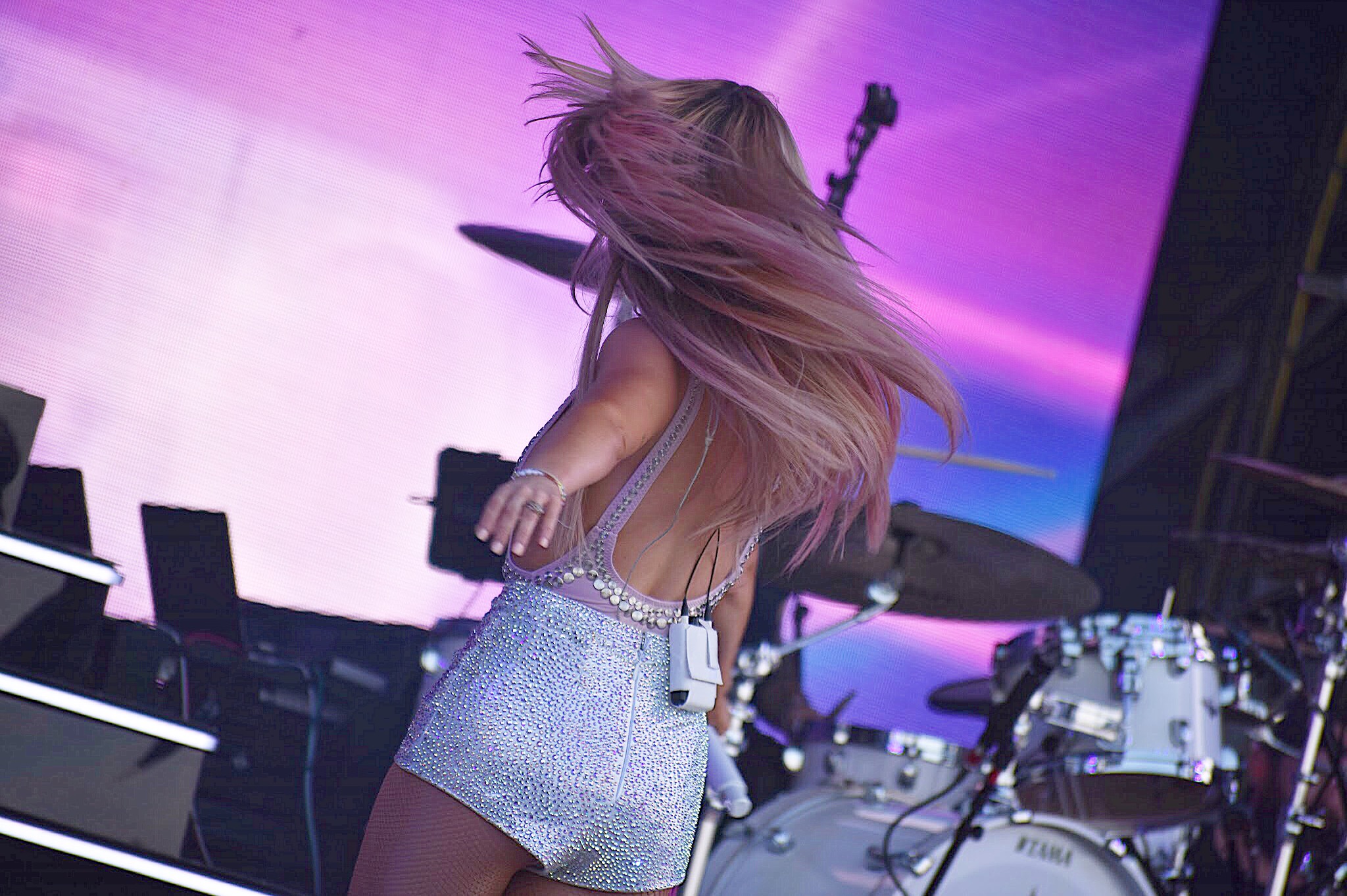 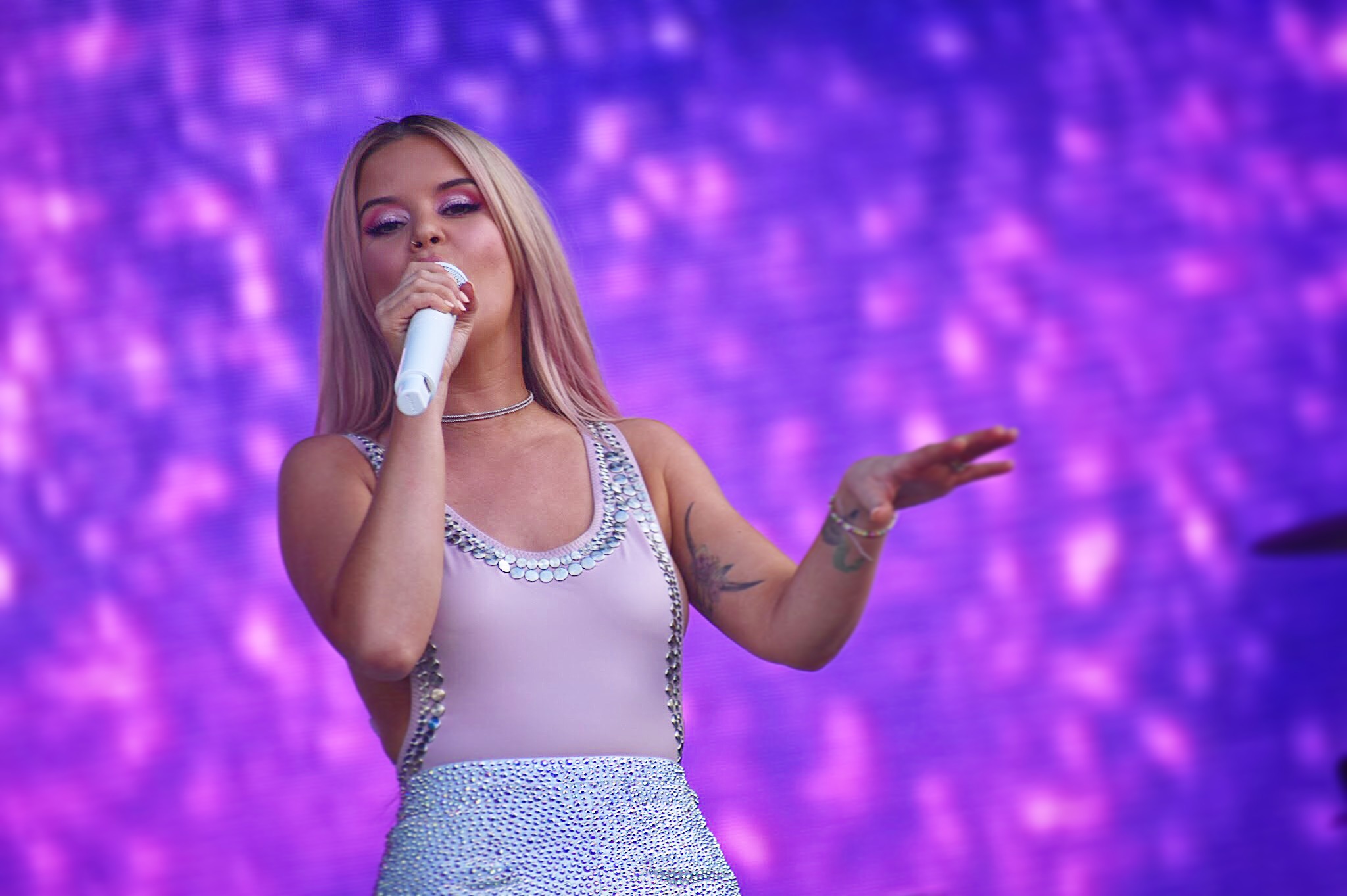 It seems like it was just yesterday that it was 2010 and I watched Matt Berninger of The National wrap up their then new hit “Bloodbuzz Ohio” by taking a backward stage dive off Bonnaroo’s Which stage.  For 2019, The National returned to Which Stage, but in a much more prime spot—right after the night’s headliner and right before all of the late-night tent shows were ready to start.  Visually, the band’s strobing light effects and sprawling stage setup was in stark contrast to the last time I saw them.  However, Berninger’s brooding vocals and the band’s swelling indie rock riffs were all still there.  Using a black and white effect on the stage’s giant video screens, the show still captured the band’s retro feel even through all the shiny stage glitz.  Fans of course sang along as the band played “Bloodbuzz” mid set and rocked along to several of the band’s heavier works from their recently released album I Am Easy To Find.

This year, Sunday at Bonnaroo took on a more laid-back feel. Heavy rock riffs were replaced by synthy pop rock chords.  The sun also kicked into high gear as we finally felt the full force of the Tennessee summer.  We were thankful that there were some high energy shows on the schedule to take us to the finish line.

We bookended the day with two bands more on the pop side of indie rock.  At the festival’s Who Stage, we started with the mysteriously under the radar Utah duo, I Don’t Know How But They Found Me.  The group, also known by the stylized abbreviation iDKHow, has an electro pop core but is heavily influenced by 80’s retro—and maybe even a touch of disco.  With a dance ready beat, and plenty of synth smoothness, the band had the crowd moving along with every song.   Hitting their viral song “Choke,” the crowd nodded along to the saccharine melody and sung along with the dark, emo rock throwback lyrics.

Before it was time to call an end to the 2019 Bonnaroo Music and Arts Festival, there was still time and I had just enough energy for one more supercharged electro pop rock band.  As thousands of fans streamed towards the Which Stage to party along with Ohio indie pop stars Walk The Moon, there was a visible weariness throughout the crowd.  Fortunately, the band came prepared with a dance worthy, uptempo setlist that revived the weariest of Bonnaroovians.  Special recognition must go to keys and vocal lead Nicholas Petricca who had stayed up until the early Saturday morning hours rocking us at SuperJam and still had the energy to dance about ten miles around the Which Stage during the set.  To the fans’ delight, he even ended up singing in the crowd.  The band played a non-stop dance party setlist including a cover of the Talking Heads’ “Burning Down the House,” and of course, field-wide singalongs of their hits, “Shut Up and Dance,” and “Different Colors.” 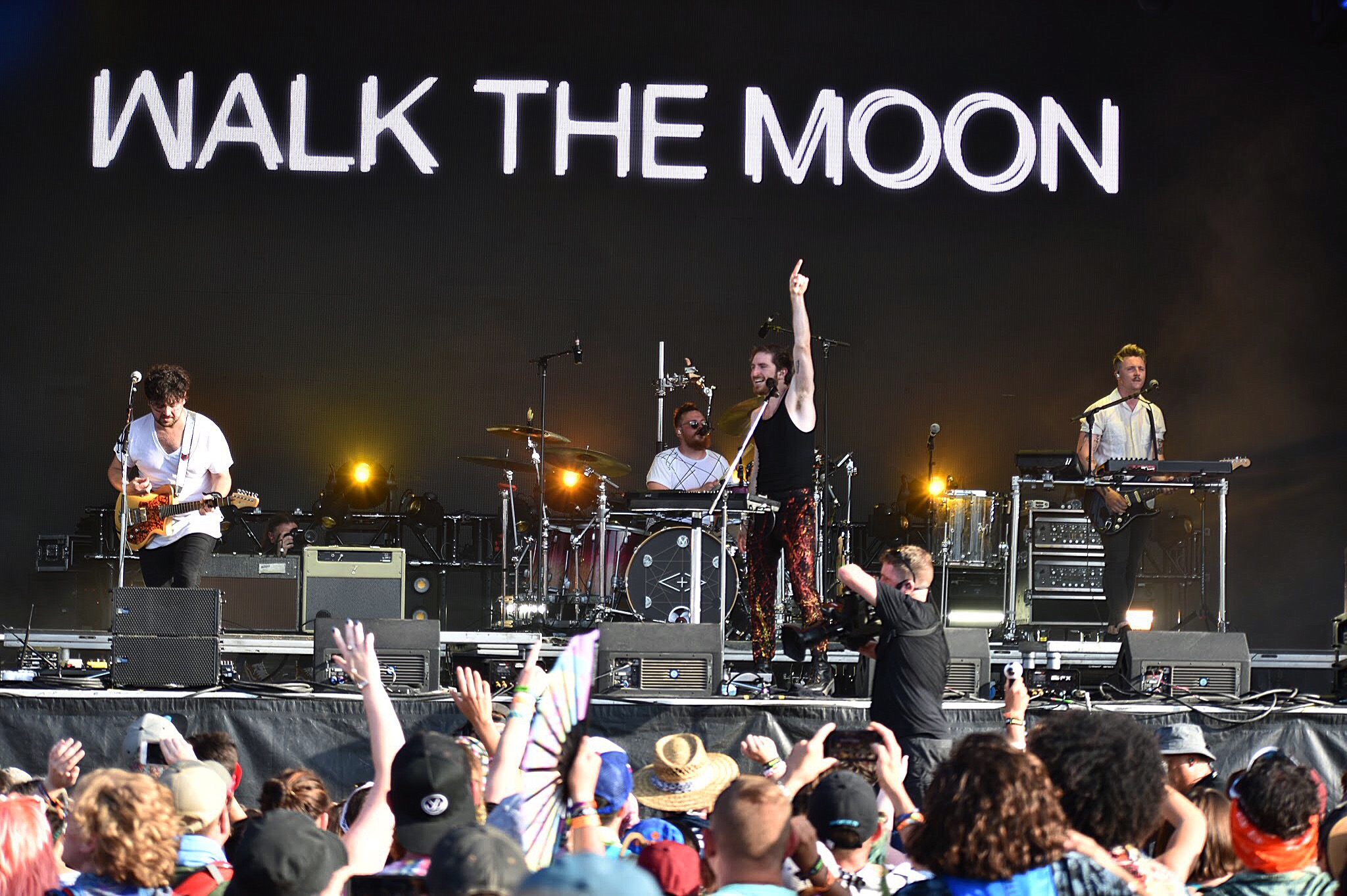 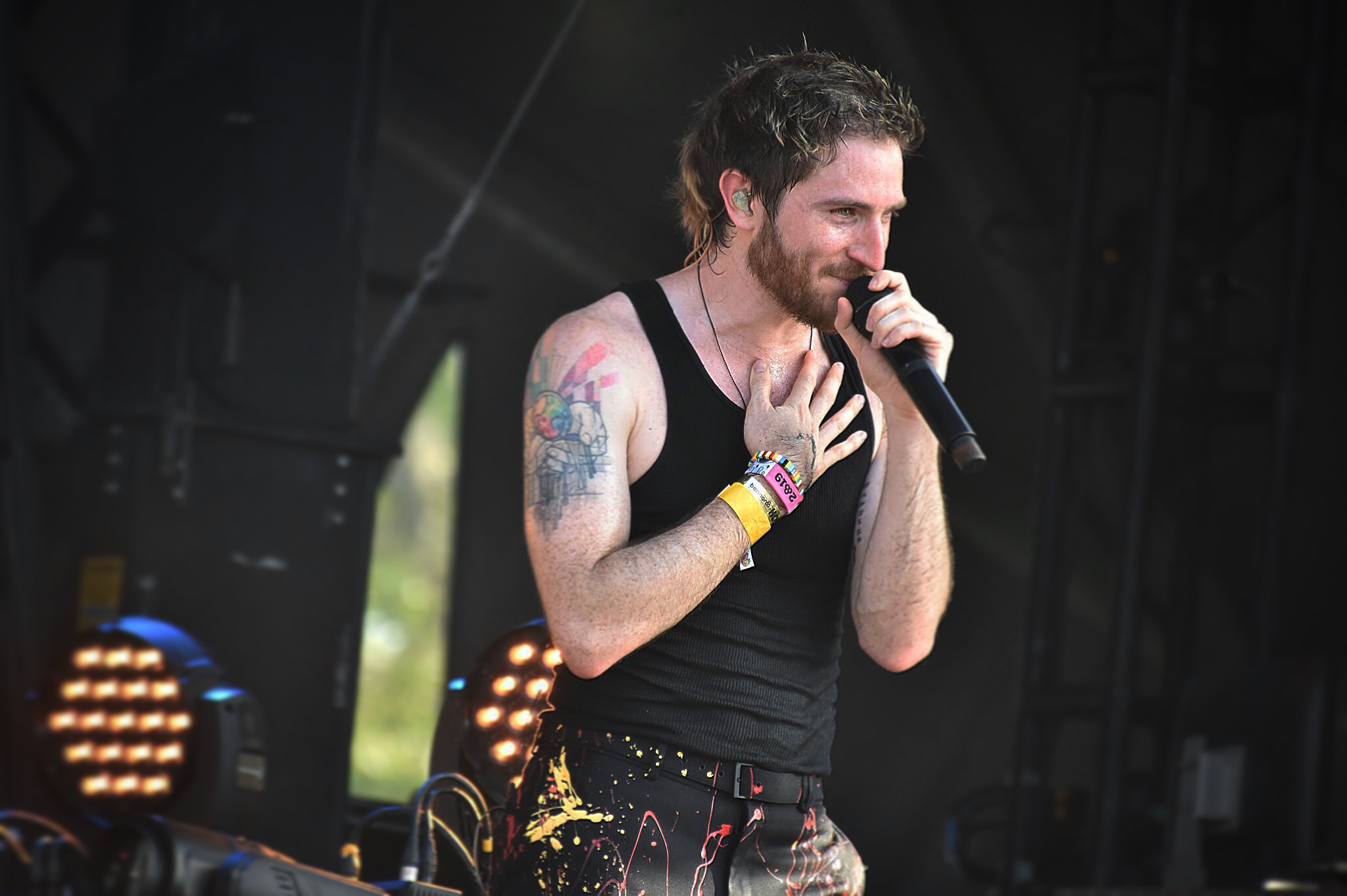 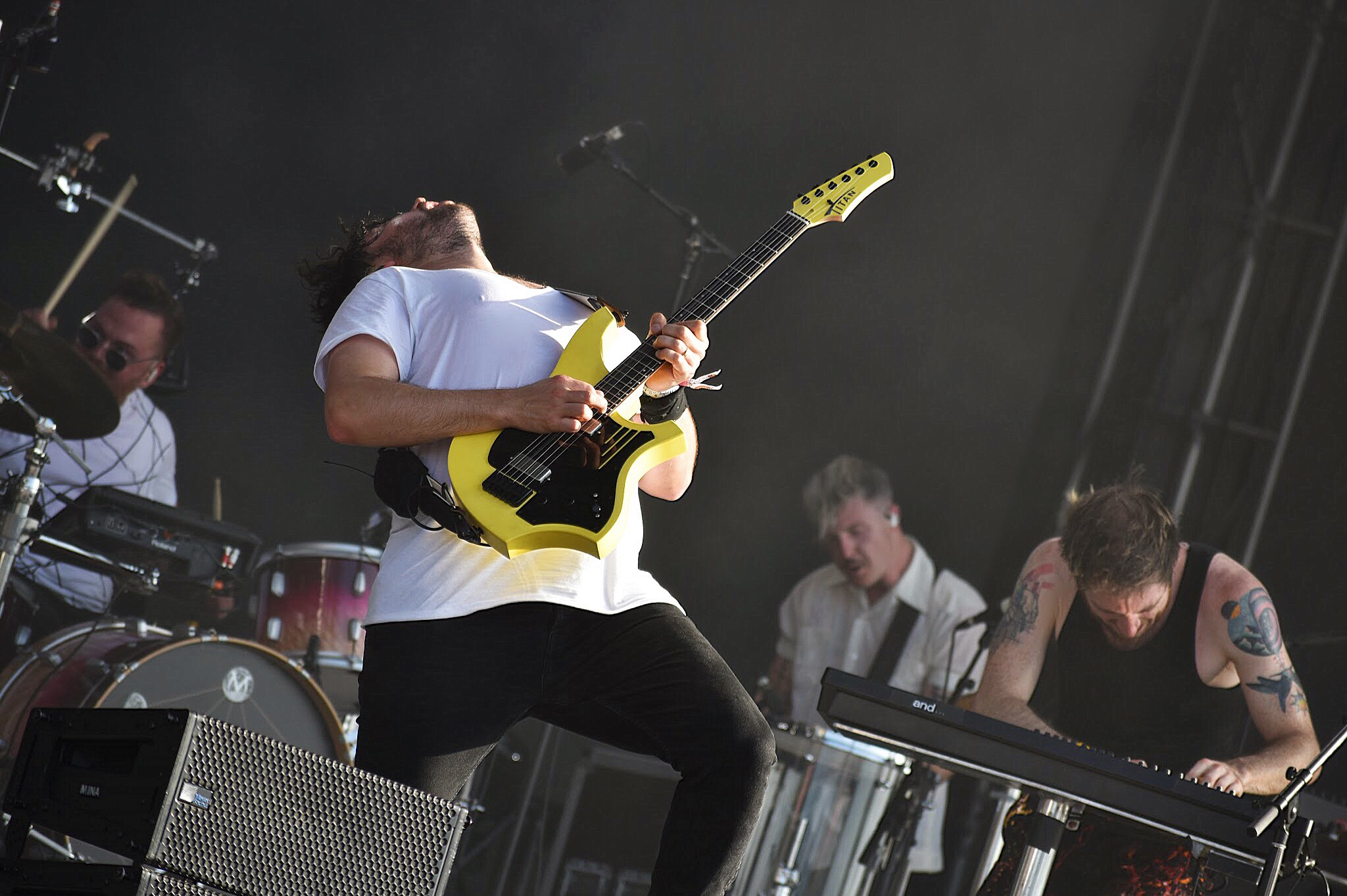 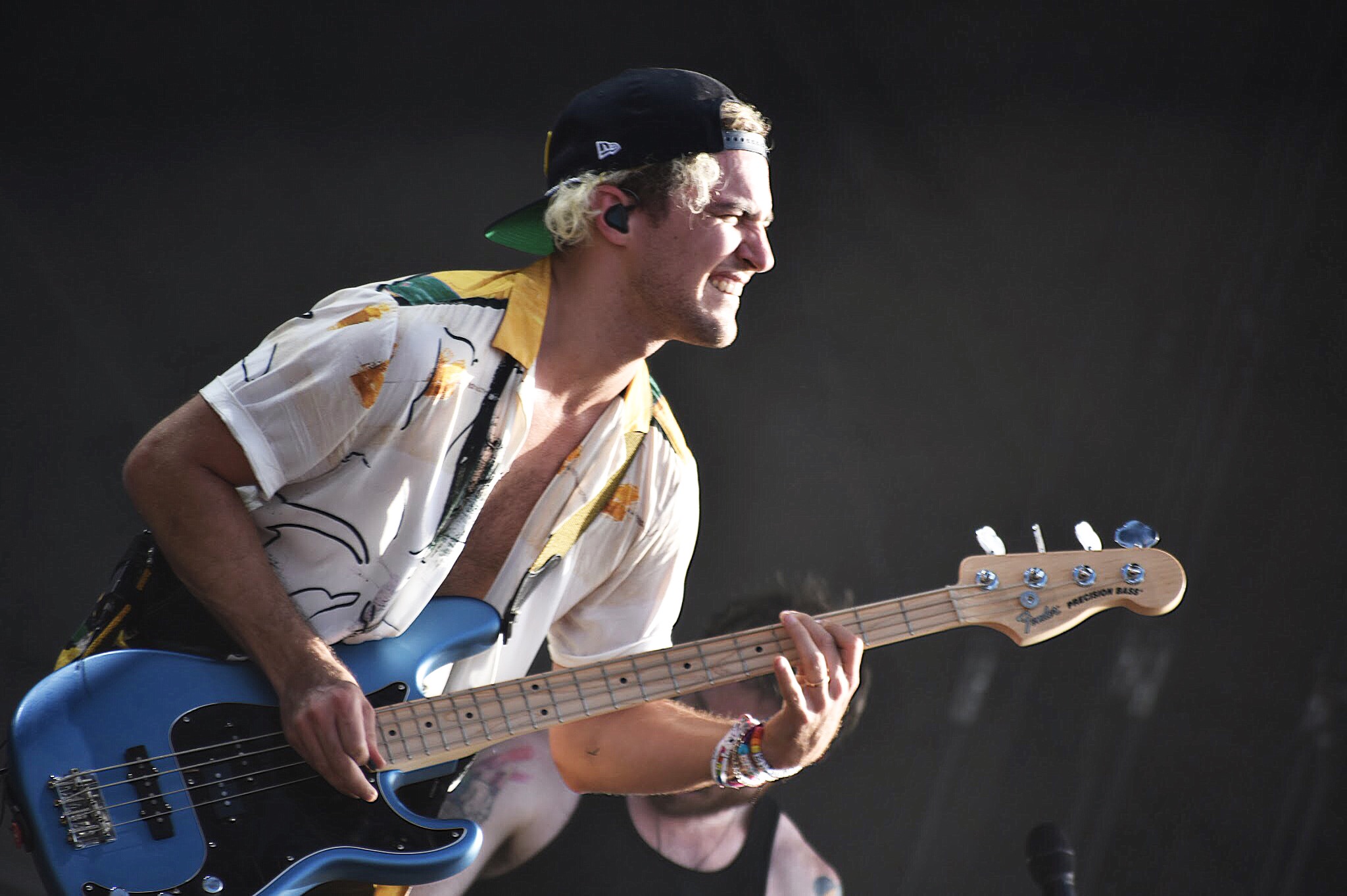 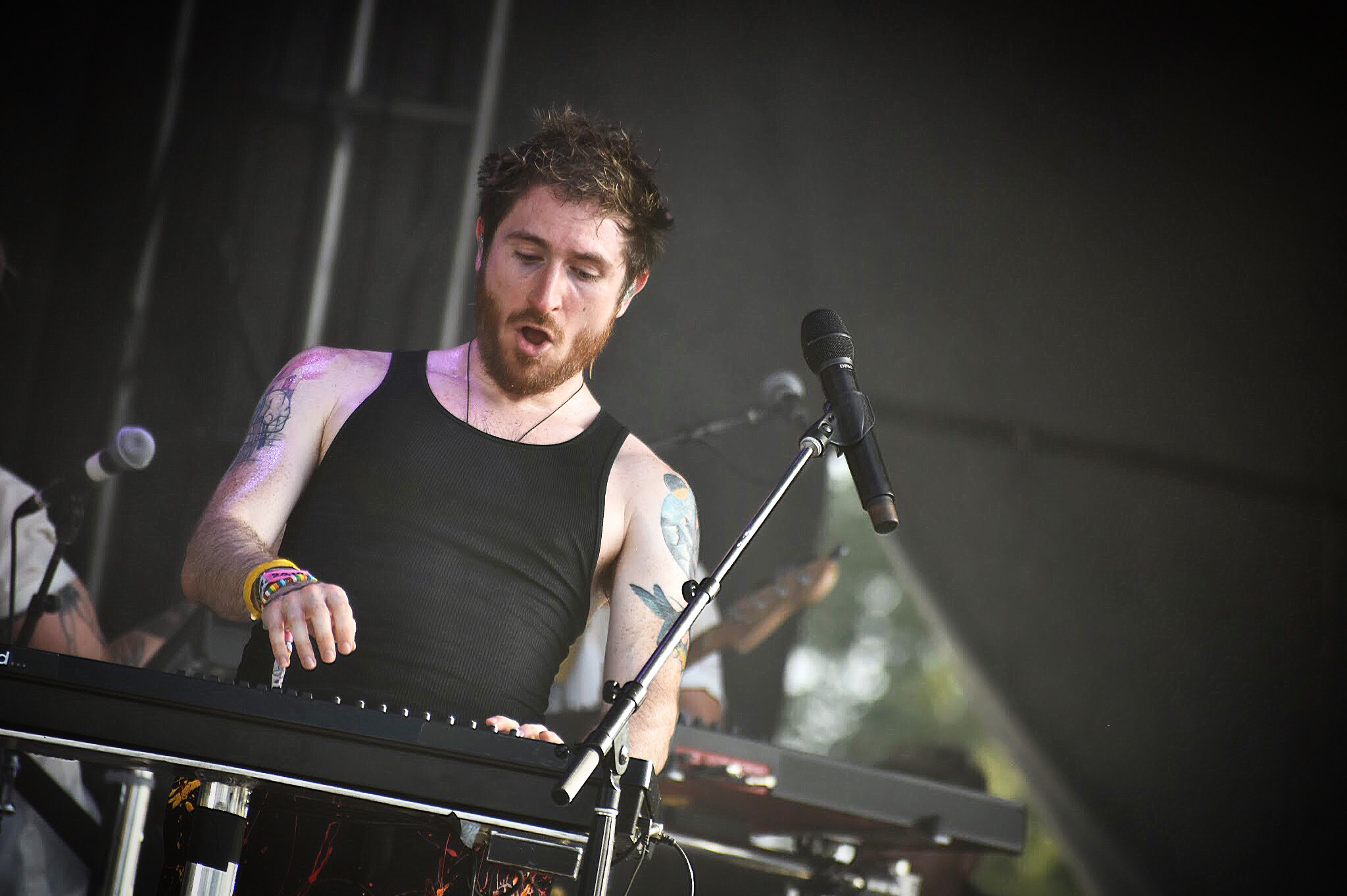 Too Good Not to Mention:  East of 8th focuses on alternative, indie rock, and sometimes, indie pop.  Yet sometimes we see a show that is simply too good not to mention in our recap.  It would be criminal not to mention that Childish Gambino pulled out all the stops on Friday night.  His career spanning setlist featured plenty of background dancers and bold enough lighting to make sure you knew it was a headlining show.  However, what stood out at the end of the night was how one artist was able to put on a show so compelling and complete, many festival attendees called it the best show of the weekend.    Going in a completely different direction, true electronic artists usually fall under the criticism that it’s just a DJ or two DJs and a bunch of lights.  Odezsa throws all of that out the window.  On Saturday at Bonnaroo, with a drum line, flame throwers, confetti cannons, and intricate video production, the DJ duo put on what I would call one of the most fun sets I have been to in my eight years on The Farm.  It’s in the diversity of art where the magic of Bonnaroo comes to life and why we’ve already started speculating about who will be at Bonnaroo 2020.

[Coverage and Photos By George and Sammi Maifair]