No matter what brings you to Bonnaroo, no matter what your favorite genre of music, everyone awaits the announcement of the theme and lineup of the festival’s legendary SuperJam!  The Festival has always been known for its collaborative spirit amongst the performing artists, and the SuperJam! has become a semi-organized showcase of collective talent that the Festival has drawn together.

When it was announced that the 2018 SuperJam! was titled “Into the Great Wide Open,” it sparked excitement and a bit of sadness. It was going to be awake for the great Tom Petty, who the music world lost last year.  While even the casual music fan knows Tom Petty’s biggest hits, he had a special connection to Bonnaroo as a repeat headliner for the festival.

As hype around the event grew, many people arrived early, missing out on other shows just to have the best spot to watch the musical memorial.  While in years past, the SuperJam! took on a festive celebrity karaoke party feel, this year’s version was filled with all the conflicting emotions one would expect.   For every up-tempo, hand-clapping song like Durand Jones’ version of “You Wreck Me,” there was a near tear-jerker, like Vanessa Carlton’s amazingly affectionate, sing-along inducing version of “Learning to Fly.” For every rocker like Sheryl Crow’s take on “American Girl,” there was a bluesy jam like Langhorne Slim getting groovy on “You Don’t Know How It Feels.”  And, of course, Matt Shultz and Nick Bockrath of Cage the Elephant added their own memorable spin to the already quirky style of “Breakdown.” 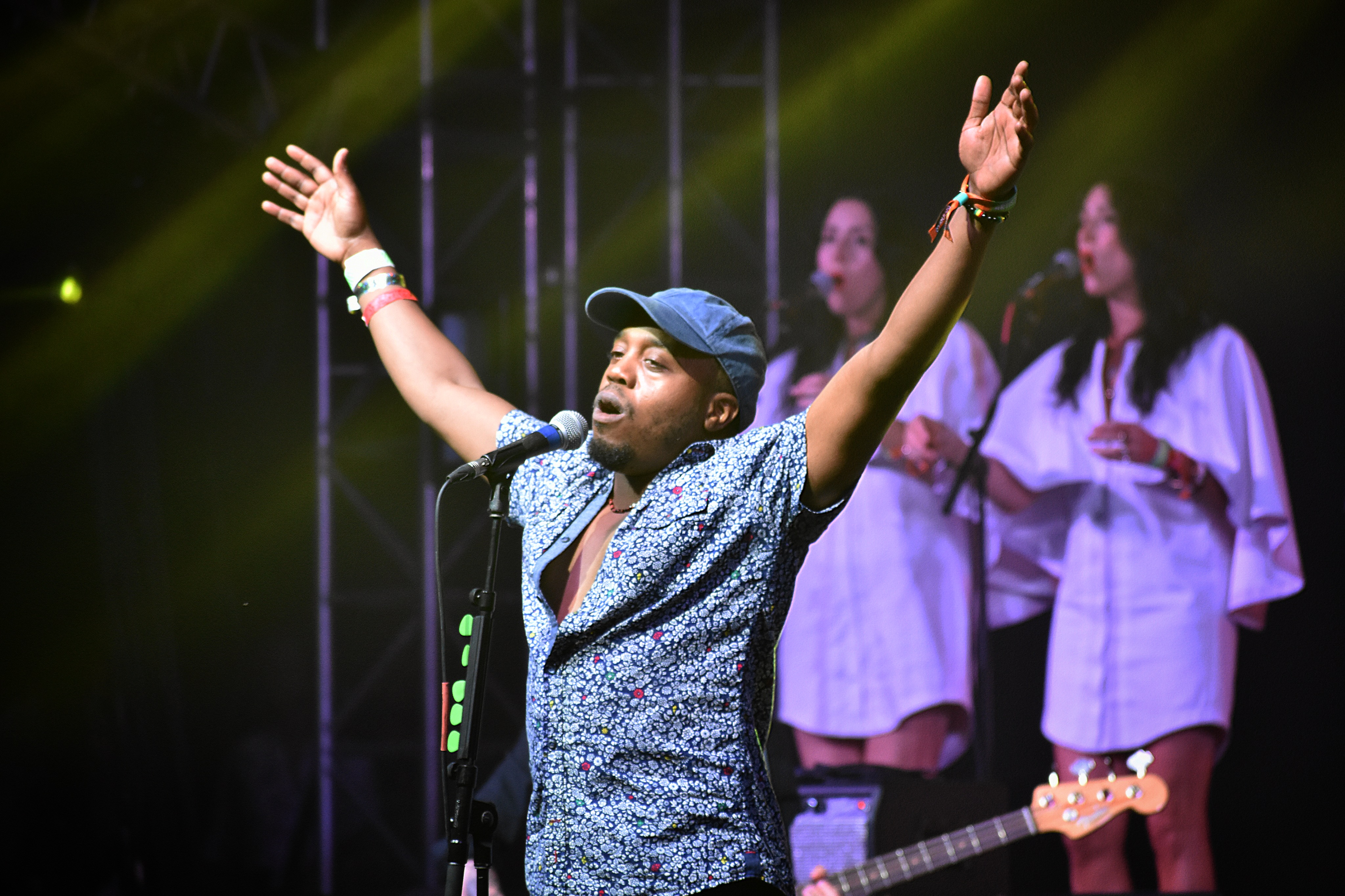 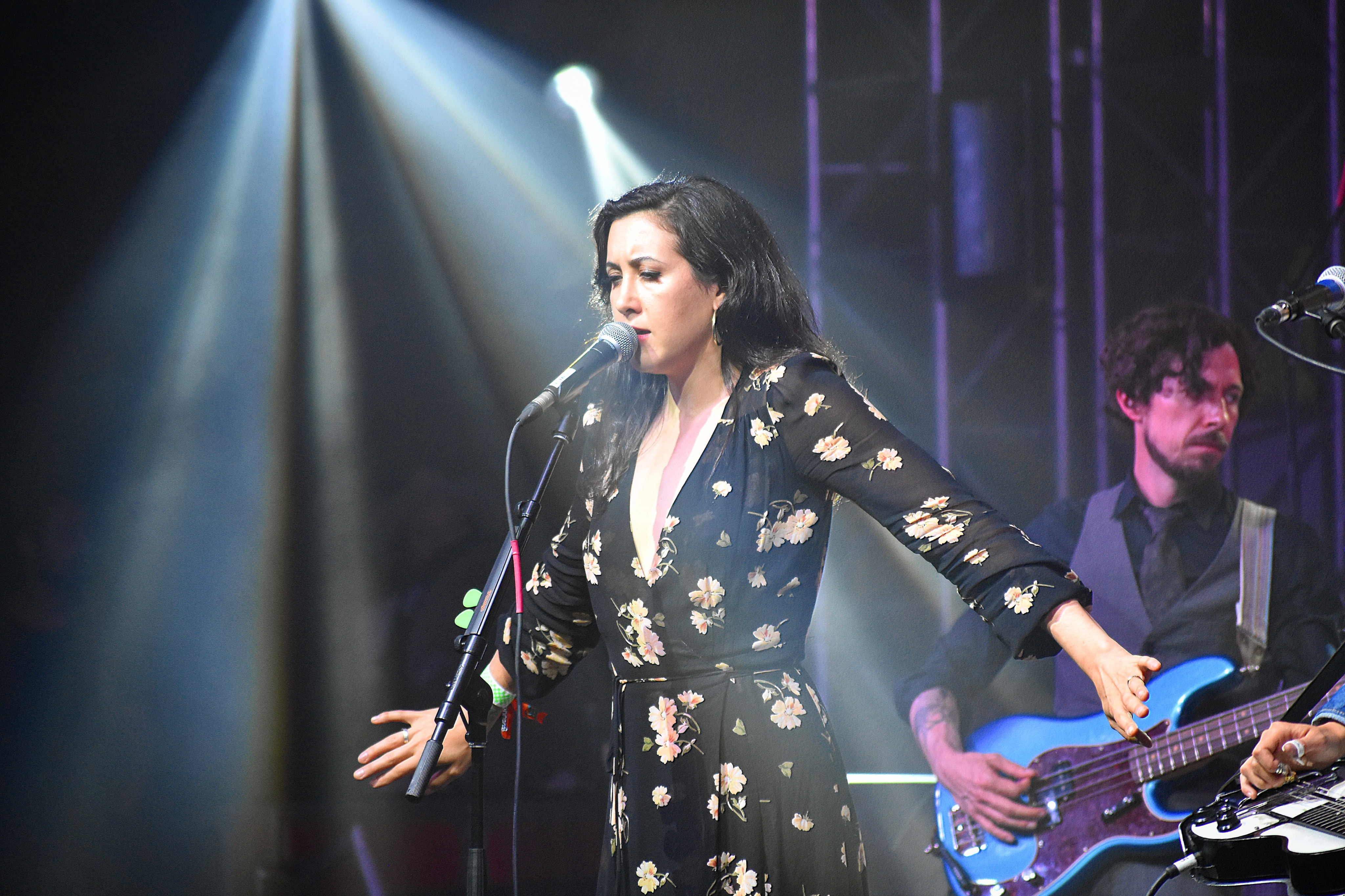 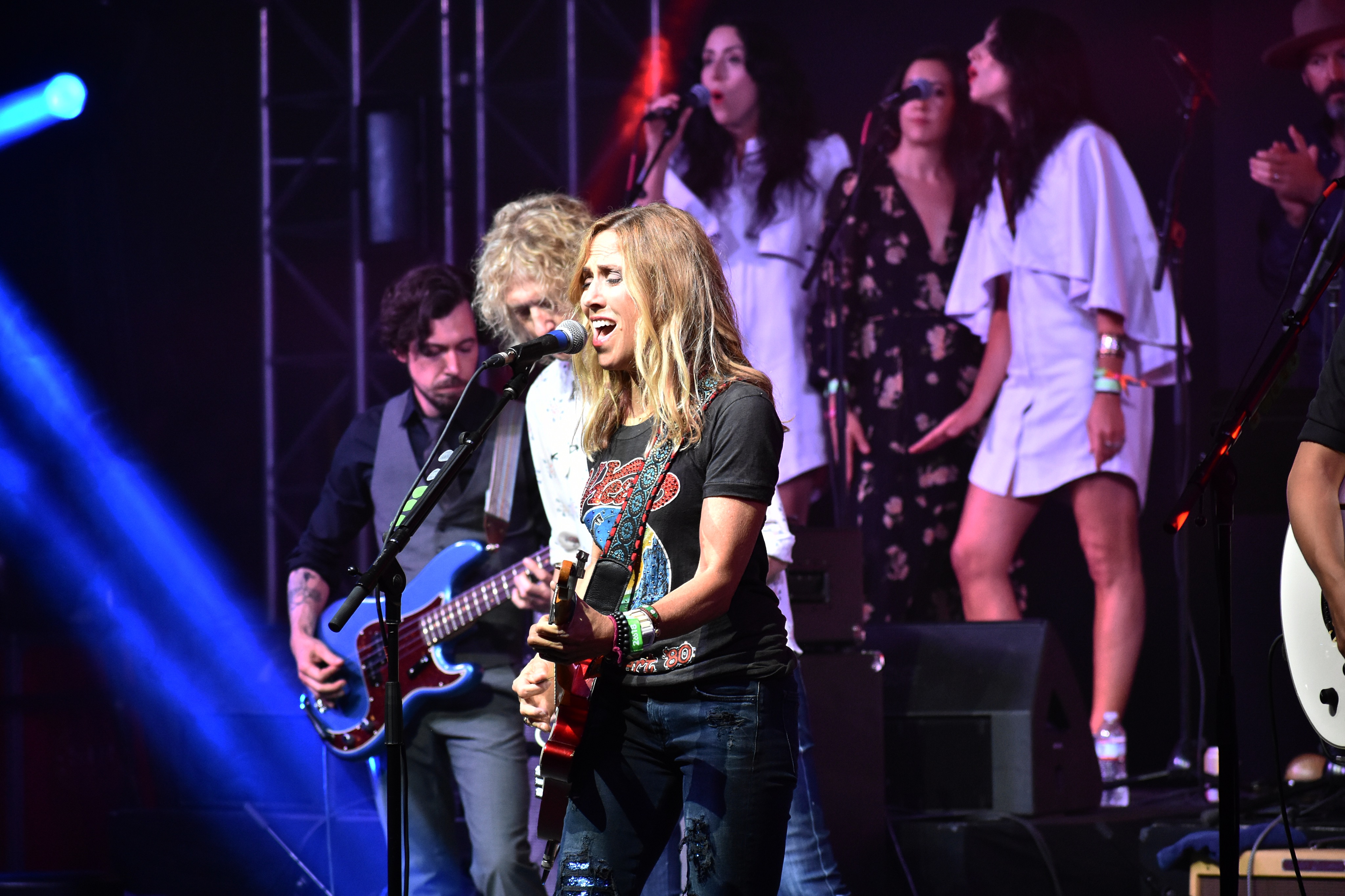 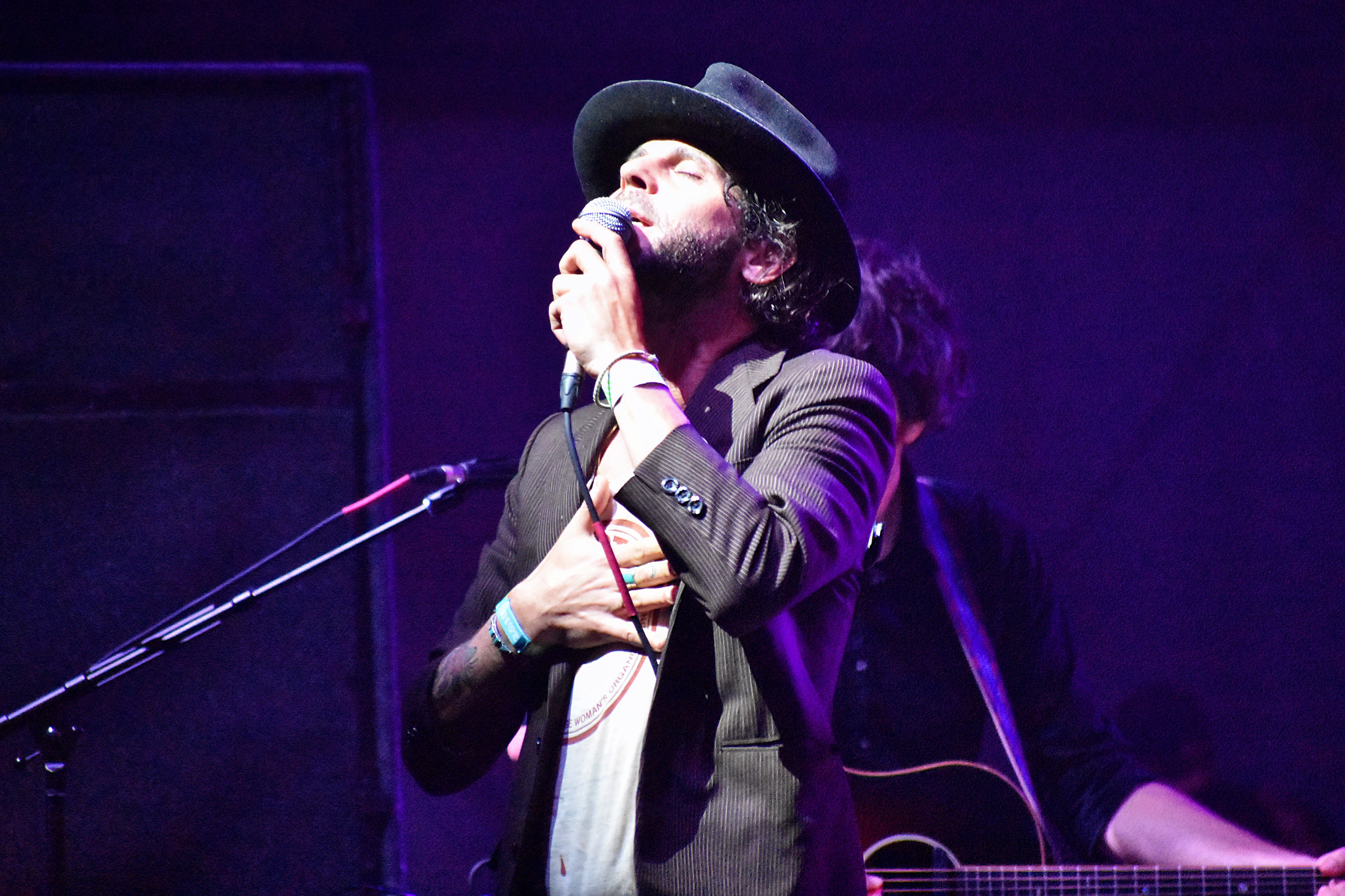 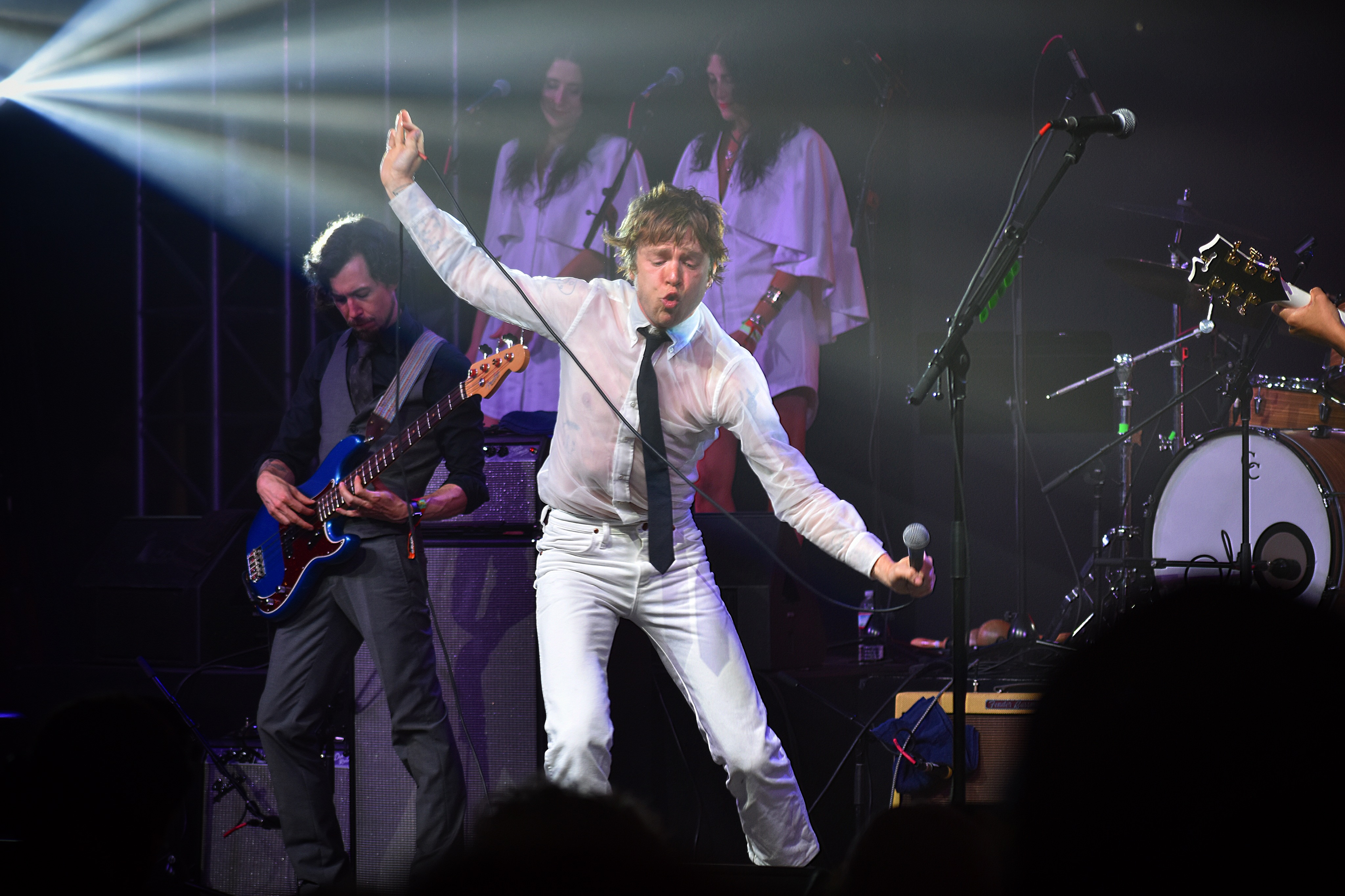 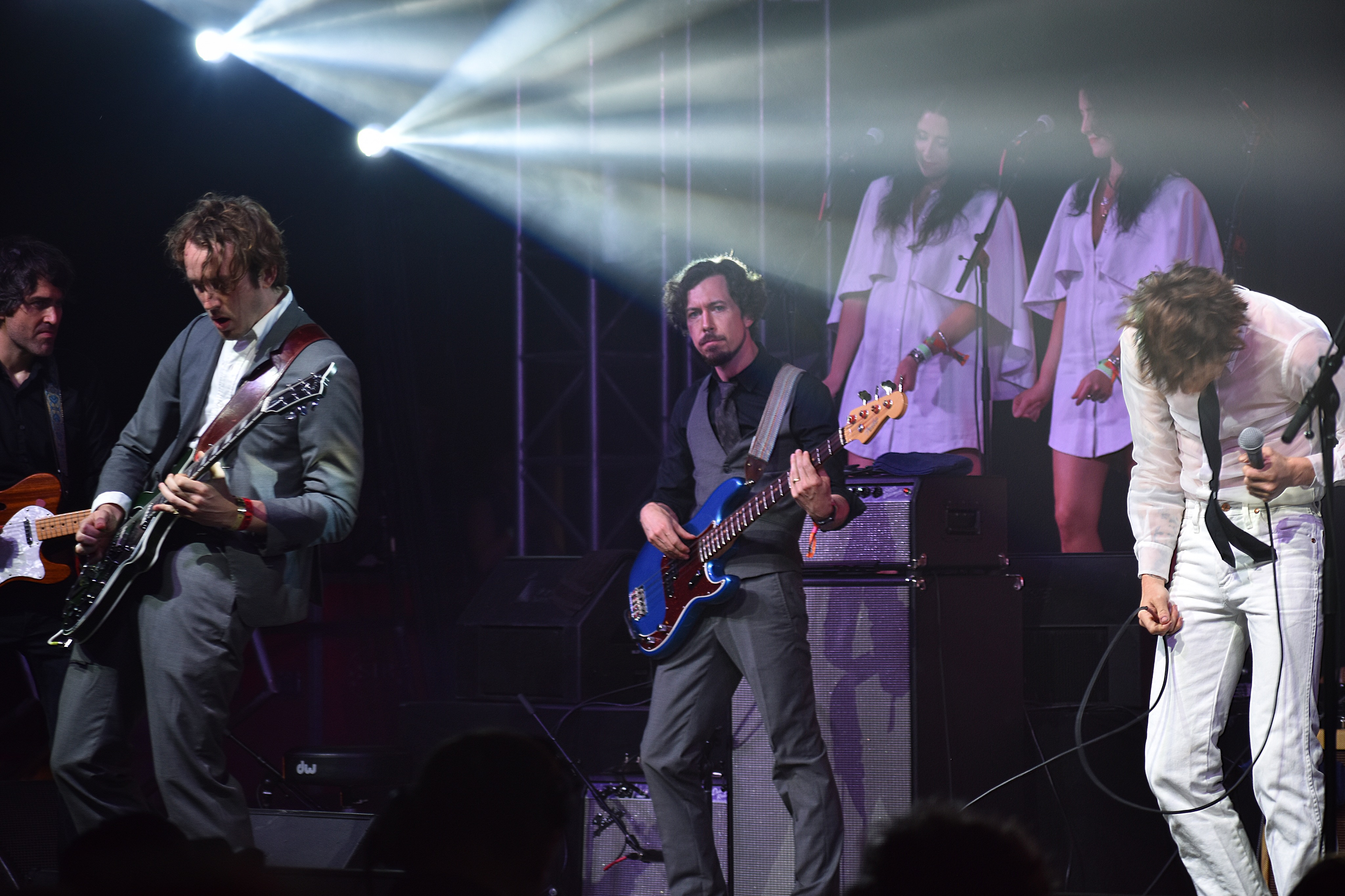 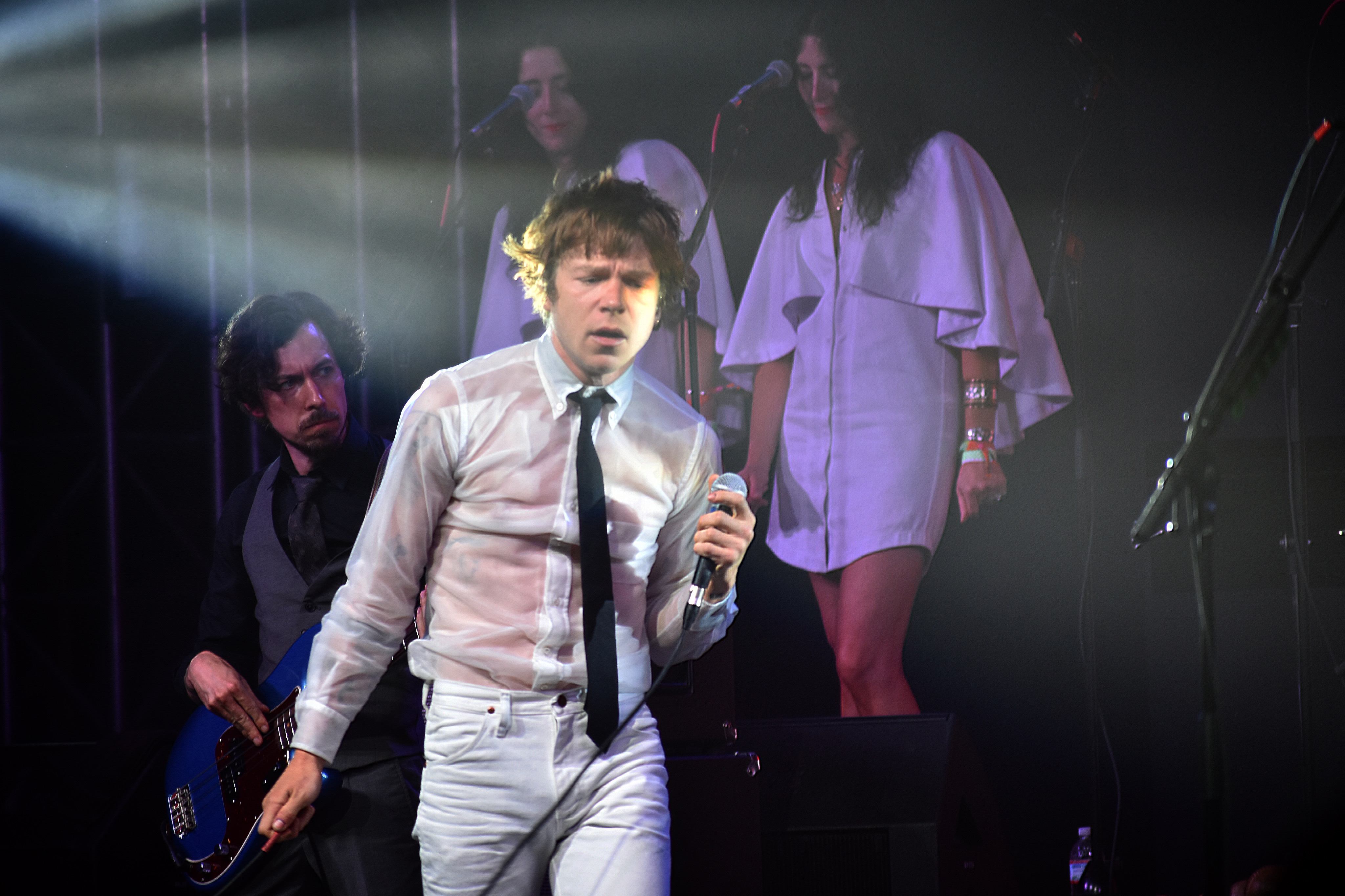 Historically, SuperJam! plays host to a multi-artist-centric setlist. While 2018 Bonnaroo broke that trend by sticking solely to Tom Petty songs, there are still some traditions of SuperJam! that stay constant, the most prevalent being trying to guess who will show up that wasn’t on the press release. This year, the crowd didn’t have long to wait—on the second song, Hayley Williams from Paramore brought her own bouncing personality to “Into the Great Wide Open.”  Later, the crowd roared when Justin Vernon of Bon Iver joined Amelia Meath of Sylvan Esso for a duet of “Stop Dragging My Heart Around.” 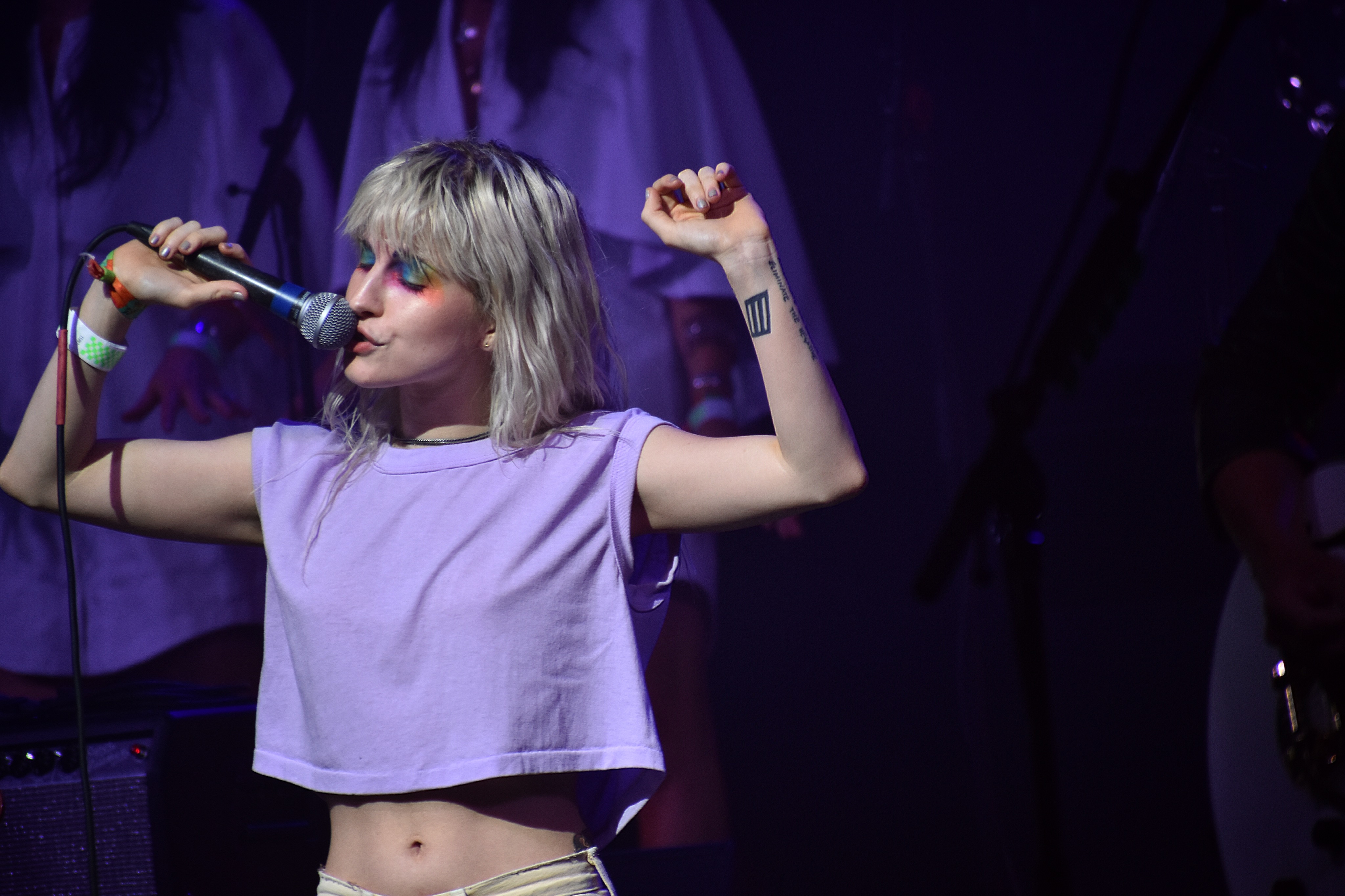 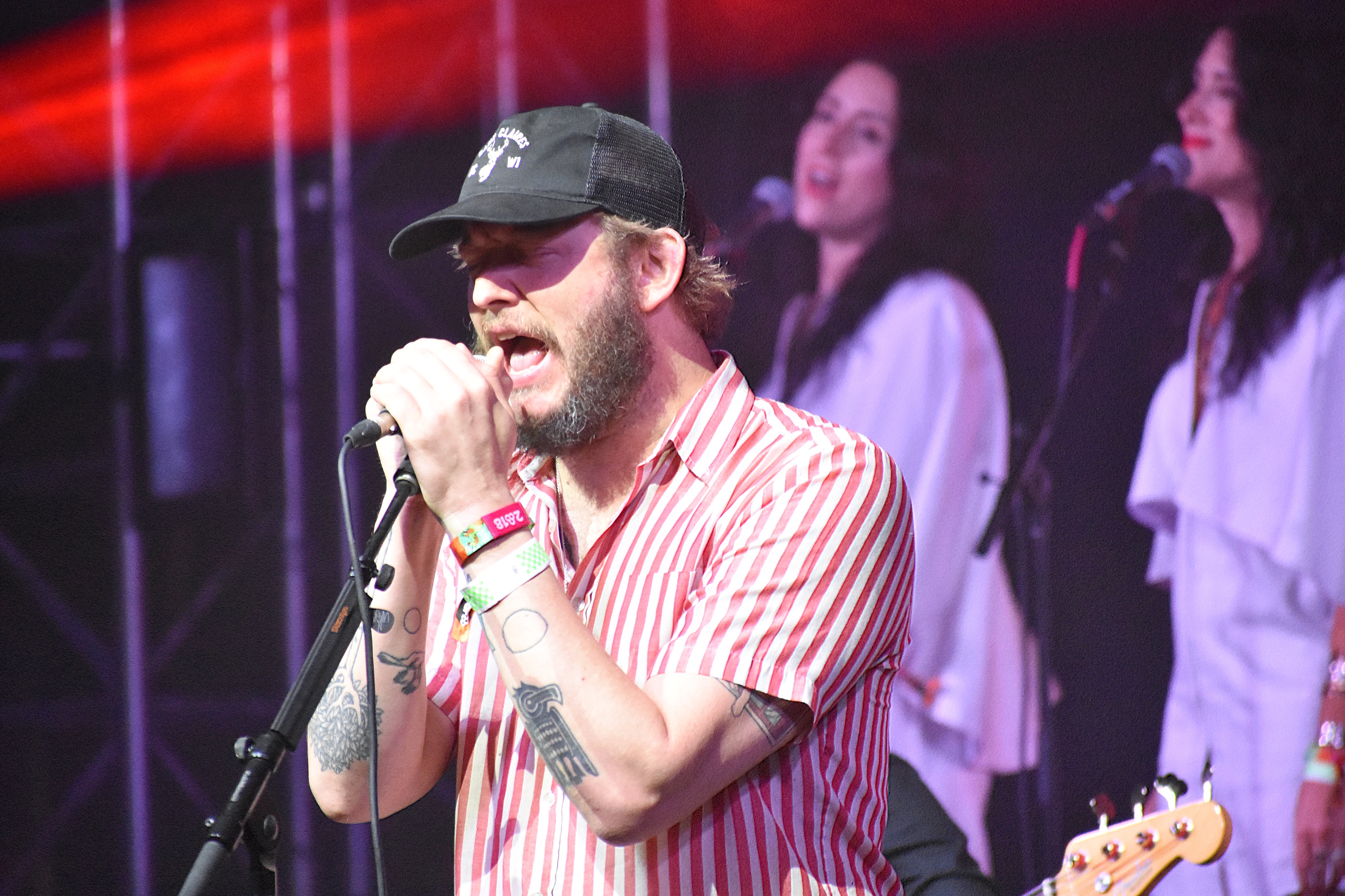 With over three hours of music, the SuperJam! was a testament to the songwriting legacy that Petty left behind. Other guests included Rayland Baxter and his father Bucky Baxter (on lap guitar), Frenship, Japanese Breakfast, Jalen N’Gonda, Larkin Poe, The Wild Feathers, David Shaw of the Revivalists, and Sameer Gadhia of Young the Giant.  The evening featured an amazing backing band led by Patrick Hallihan of My Morning Jacket and supported by Pat Blankenship (My Morning Jacket), Pat Sansone (Wilco), Craig Pfunder (VHS or Beta), Mark Heideger (Vandaveer), Daniel Cramer (The Texas Gentlemen), and the Watson Twins. 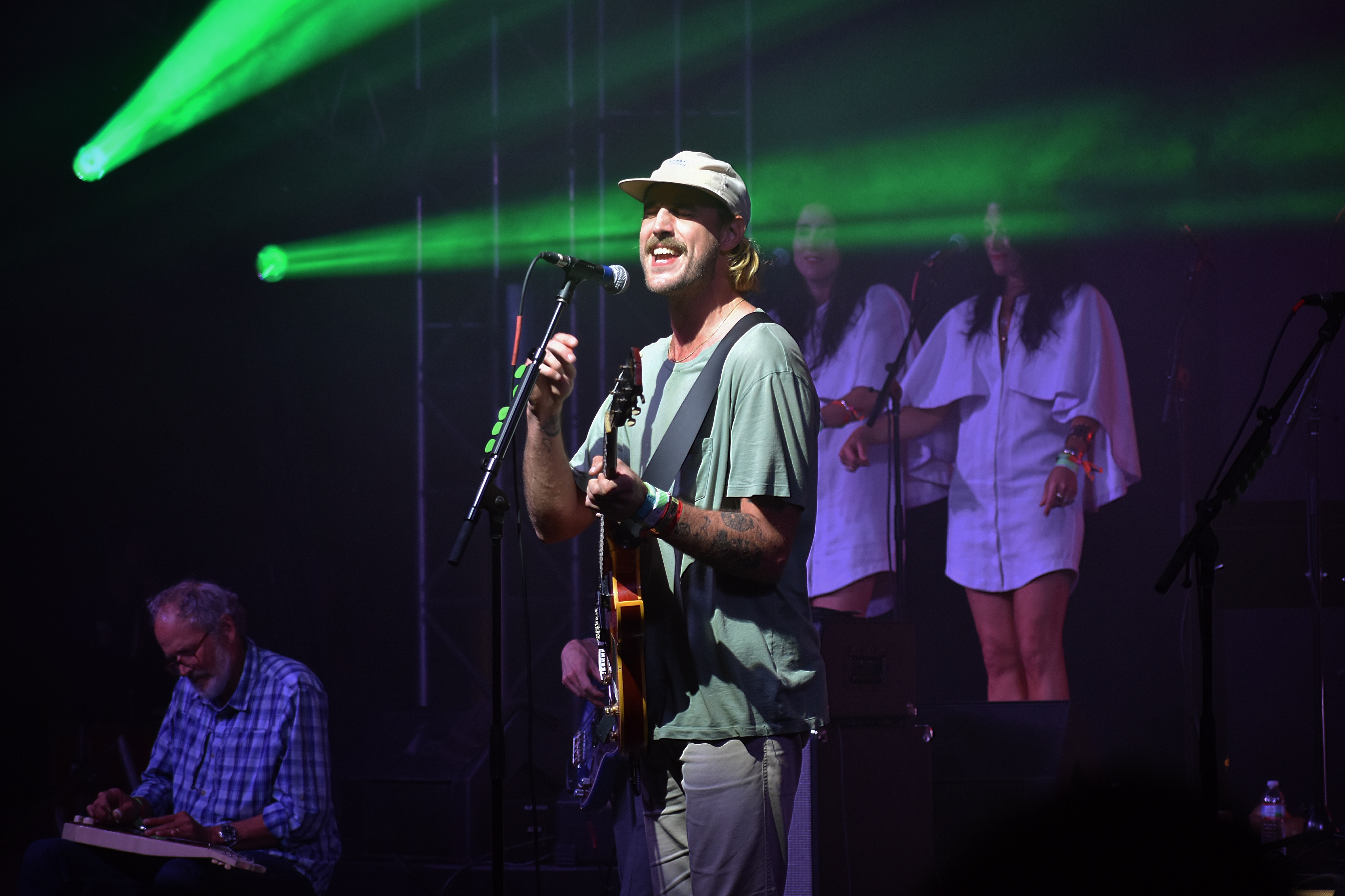 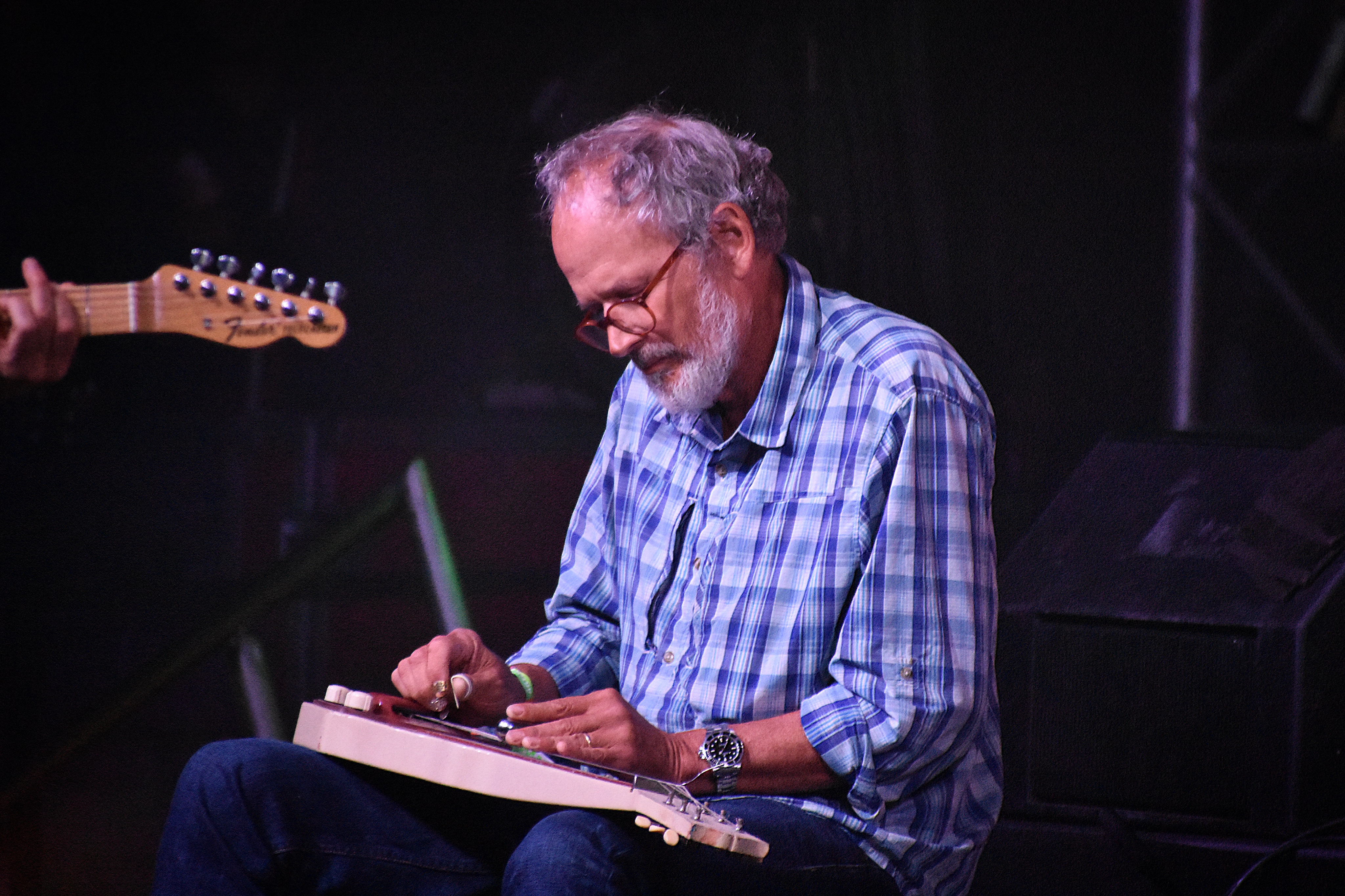 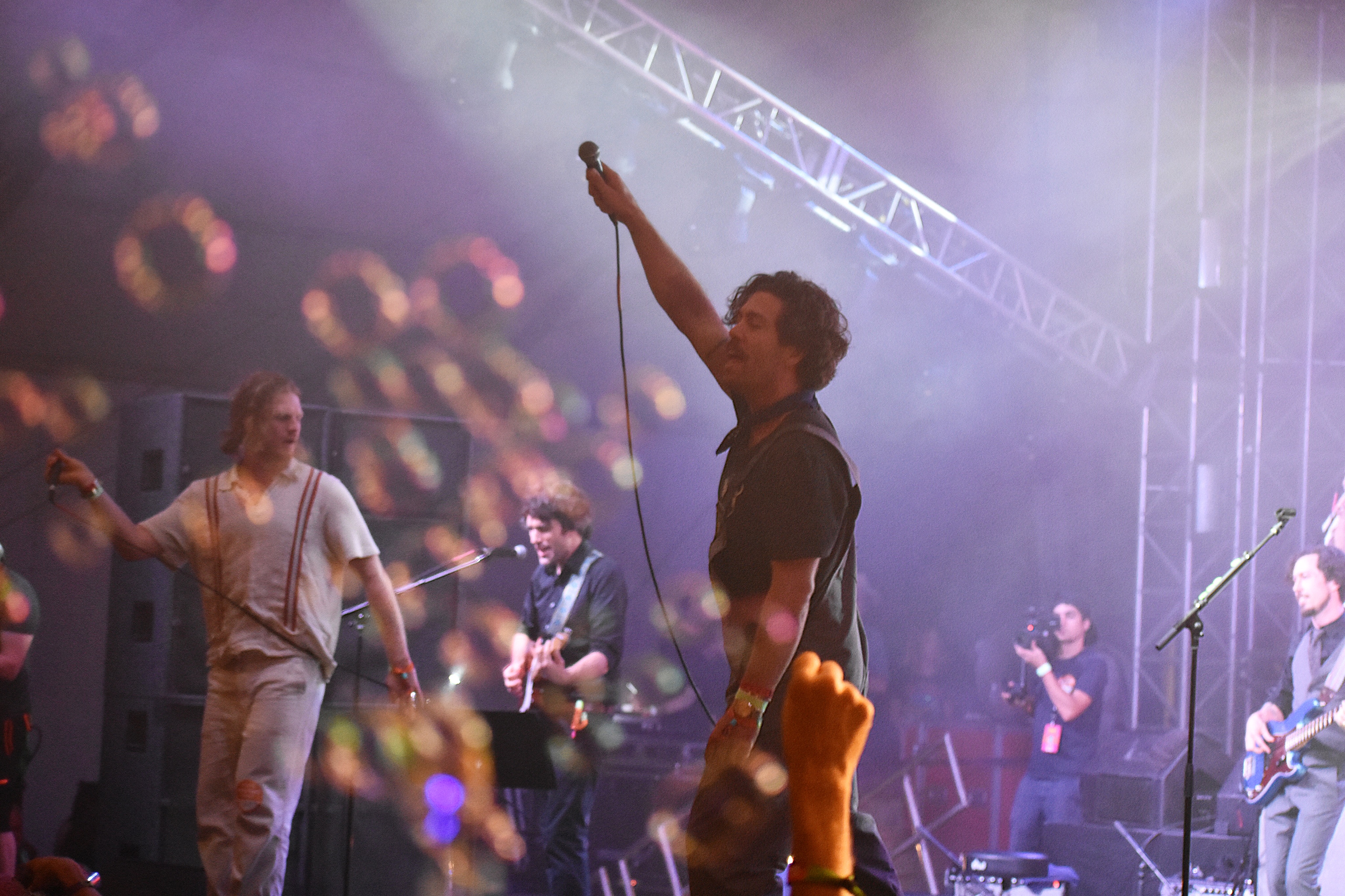 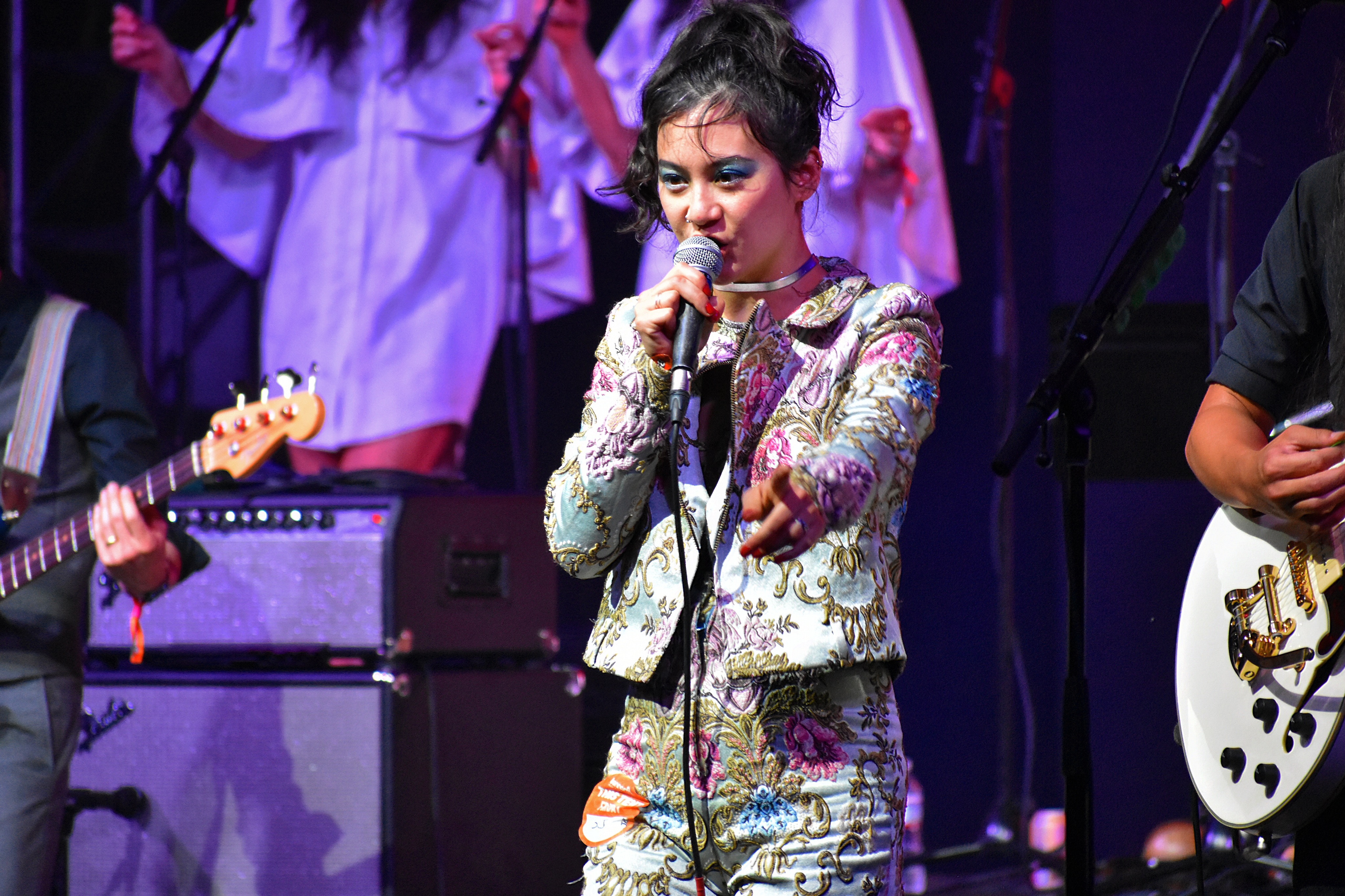 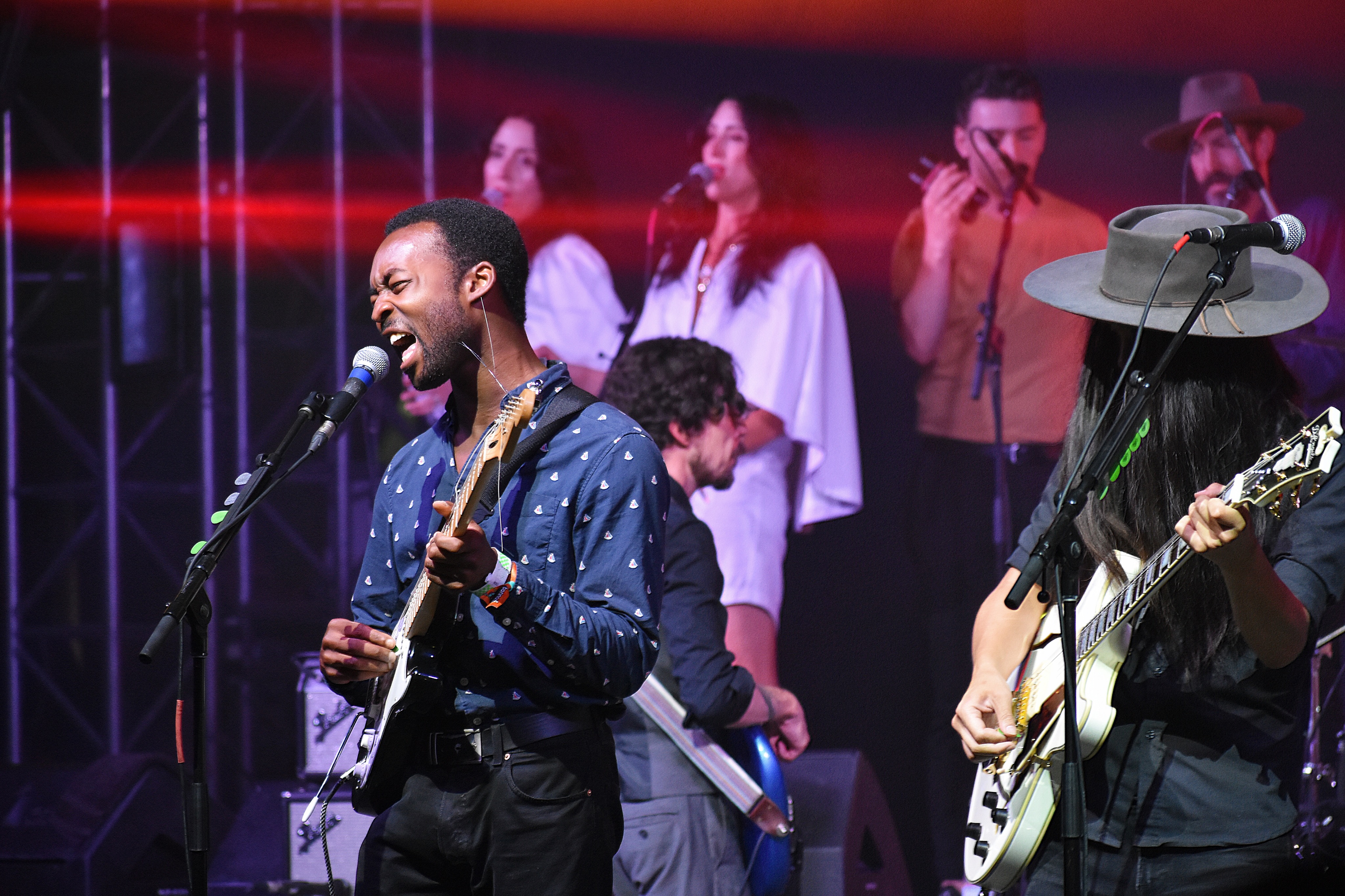 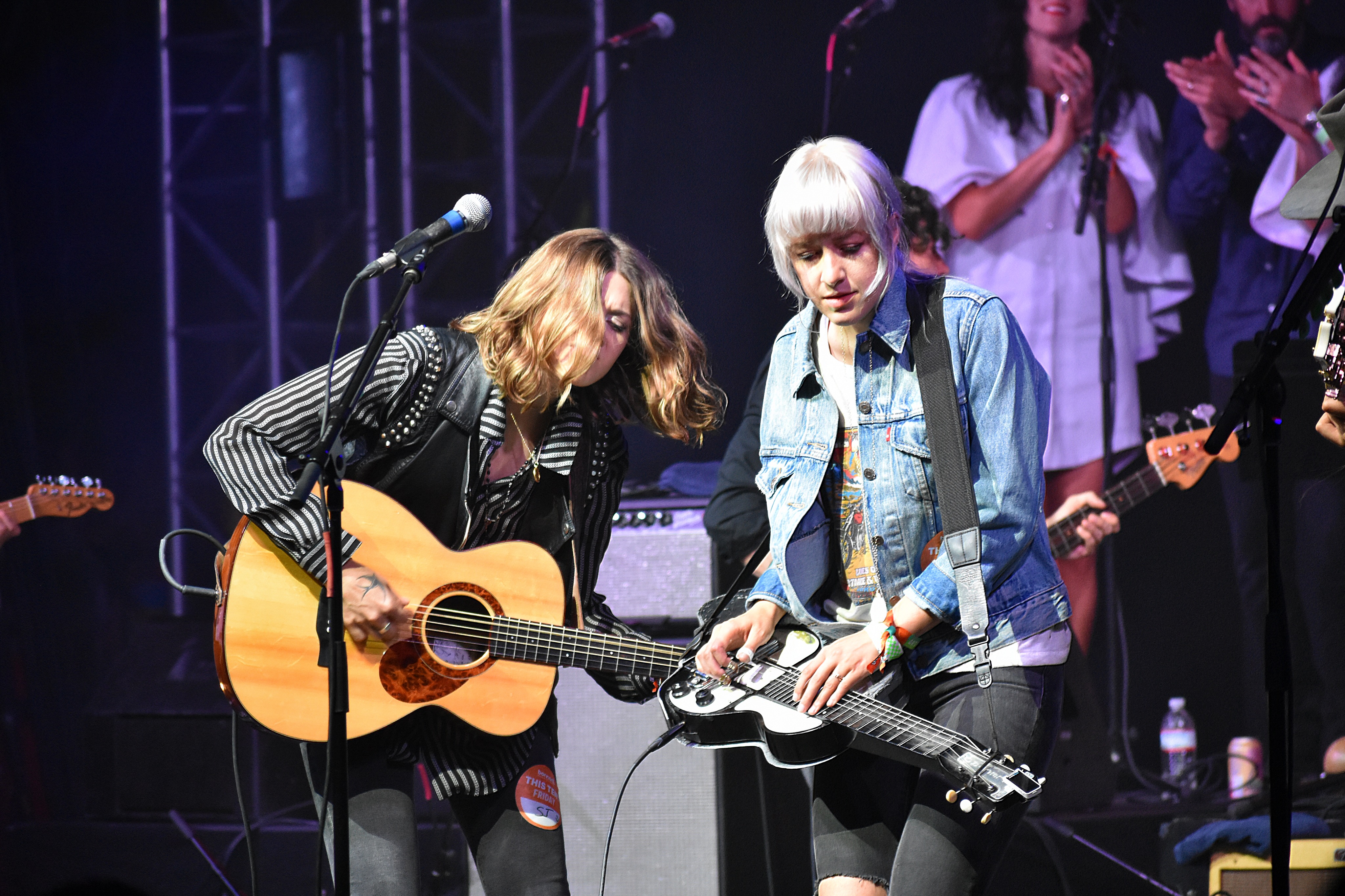 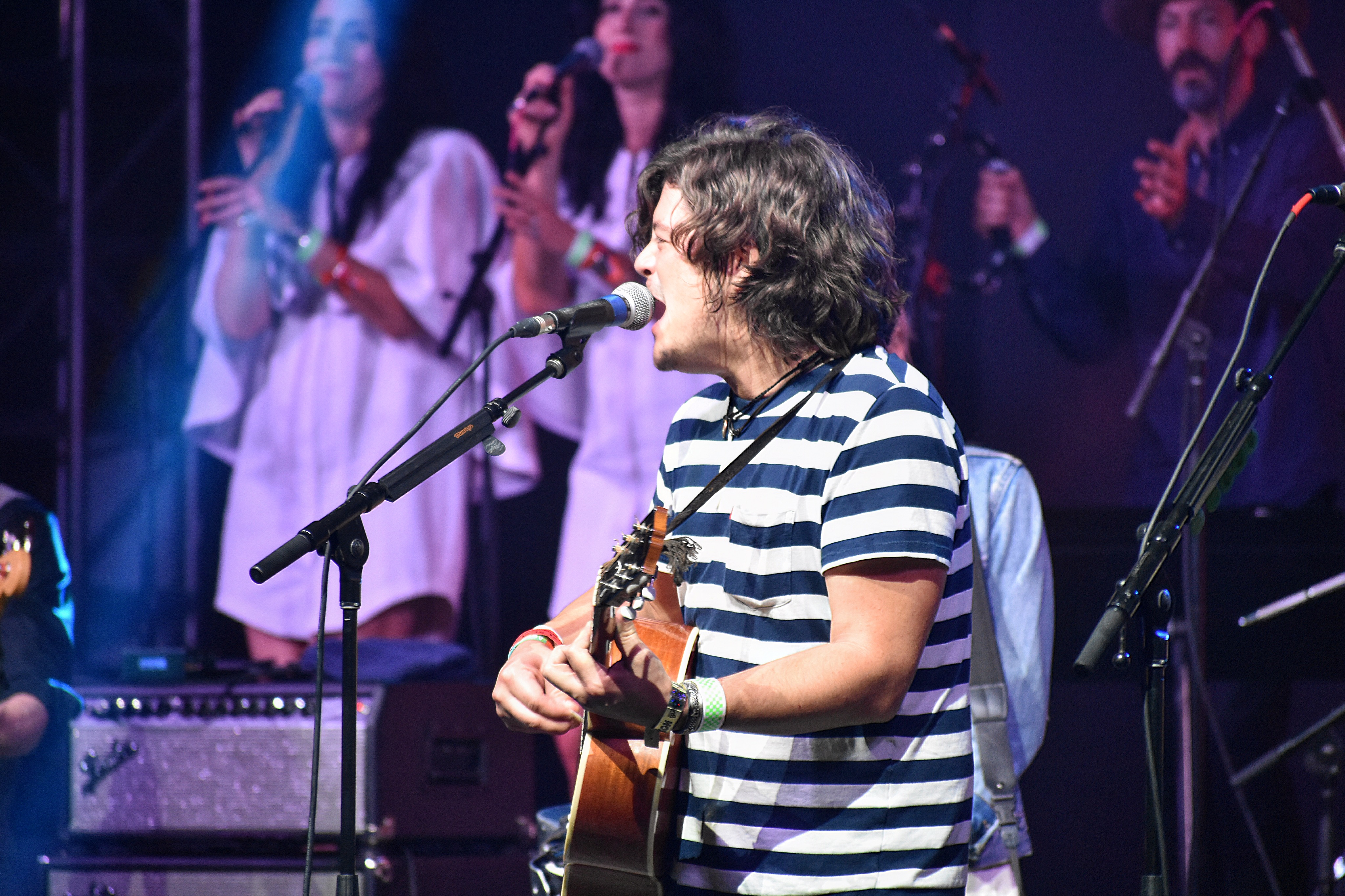 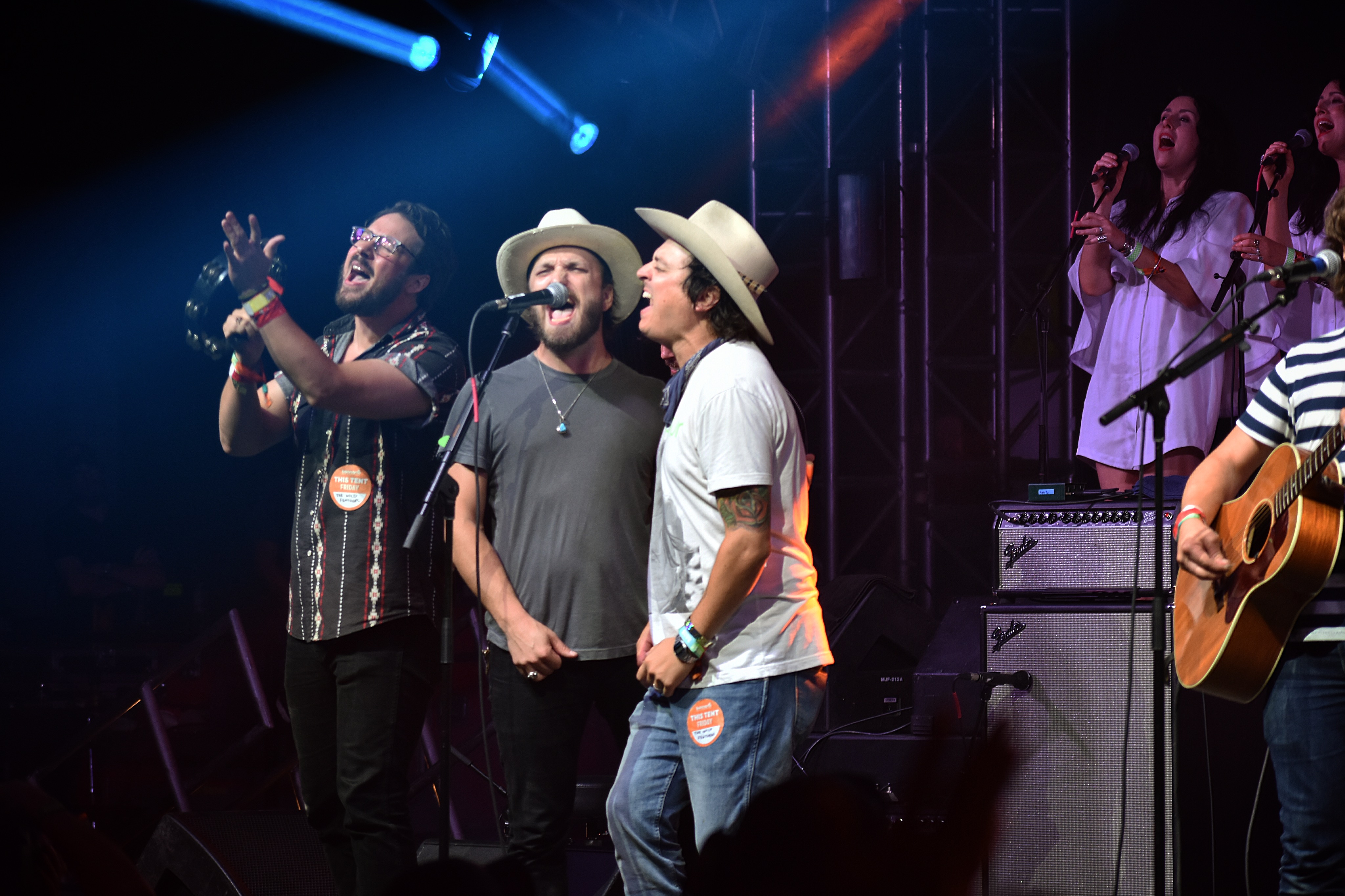 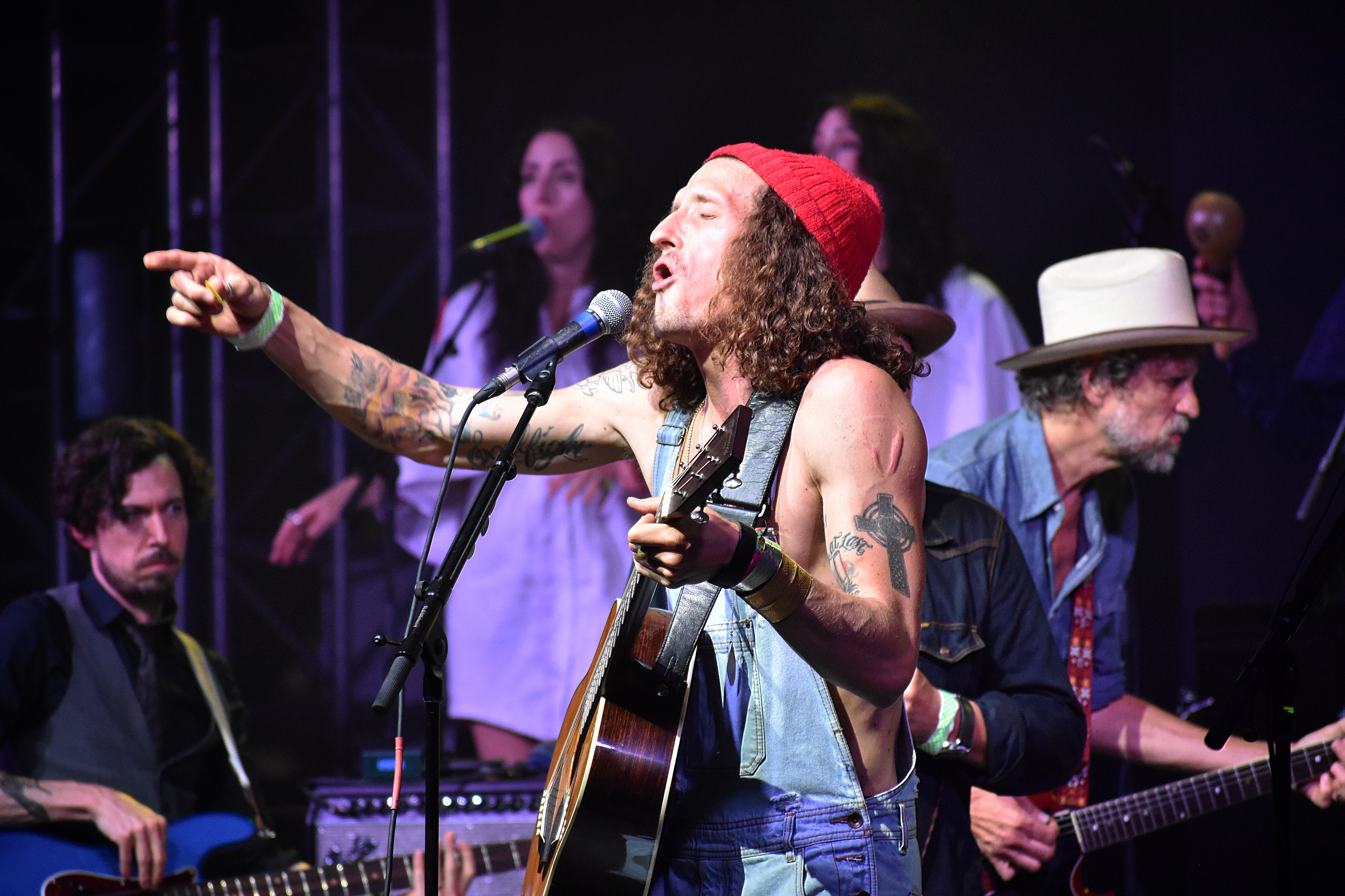 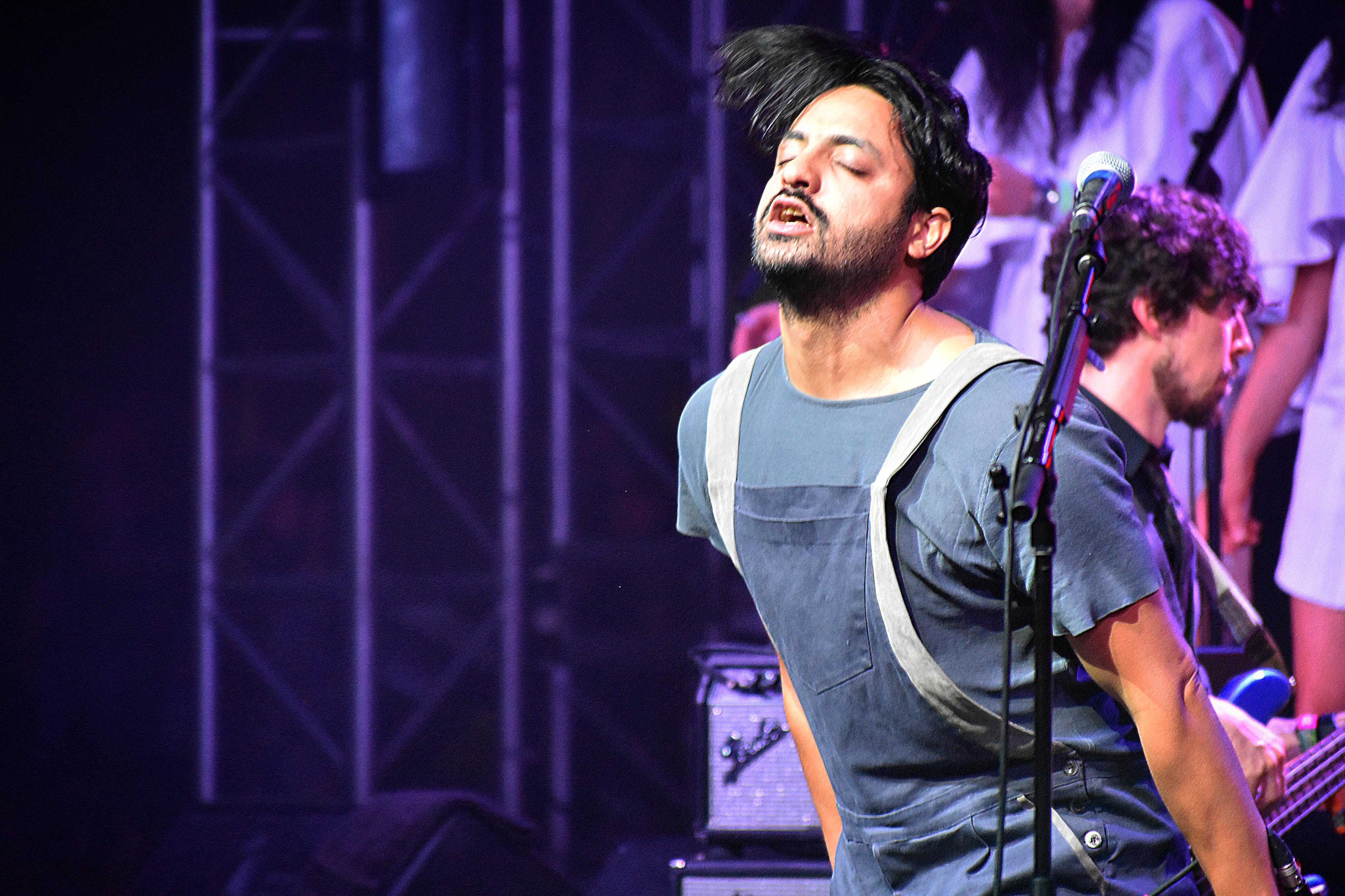 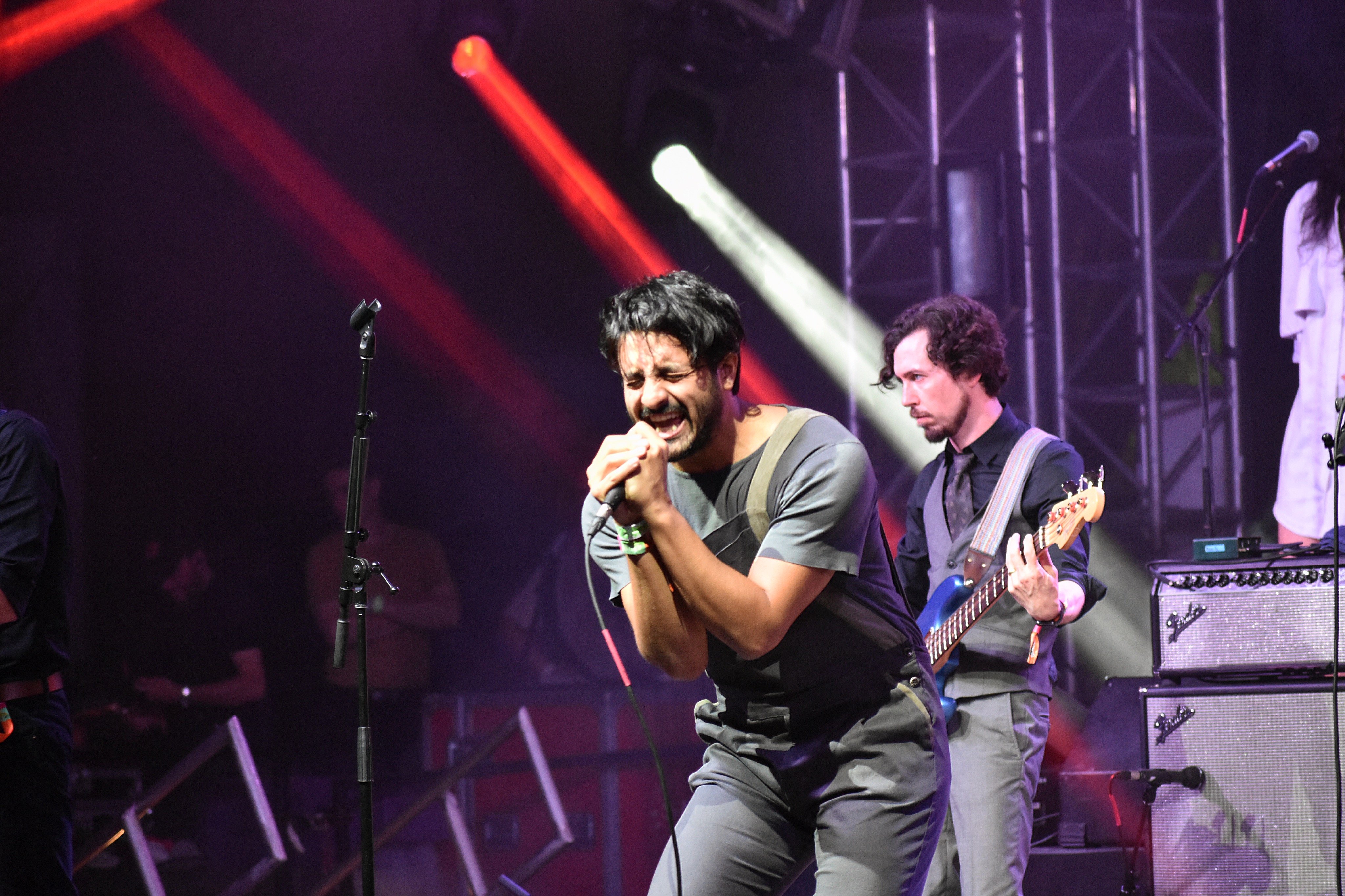 As I listened to the setlist of songs I knew by heart, I will admit I was at first disappointed but didn’t know why. It then hit me that no one can sing these songs like Tom Petty and I was missing that distinct, twangy, contemplative, touch of sadness soul that elevated his poetic lyrics and made him one of the greatest artists of all time.  After that revelation, it was easy to put the night in the context of a bunch of artists, some who had never even had the chance to rehearse together beforehand, coming together to celebrate the life of one of their own and put on a hell of a show in the process.  The 2018 Bonnaroo SuperJam! was more than a party, it was a (bittersweet) celebration. 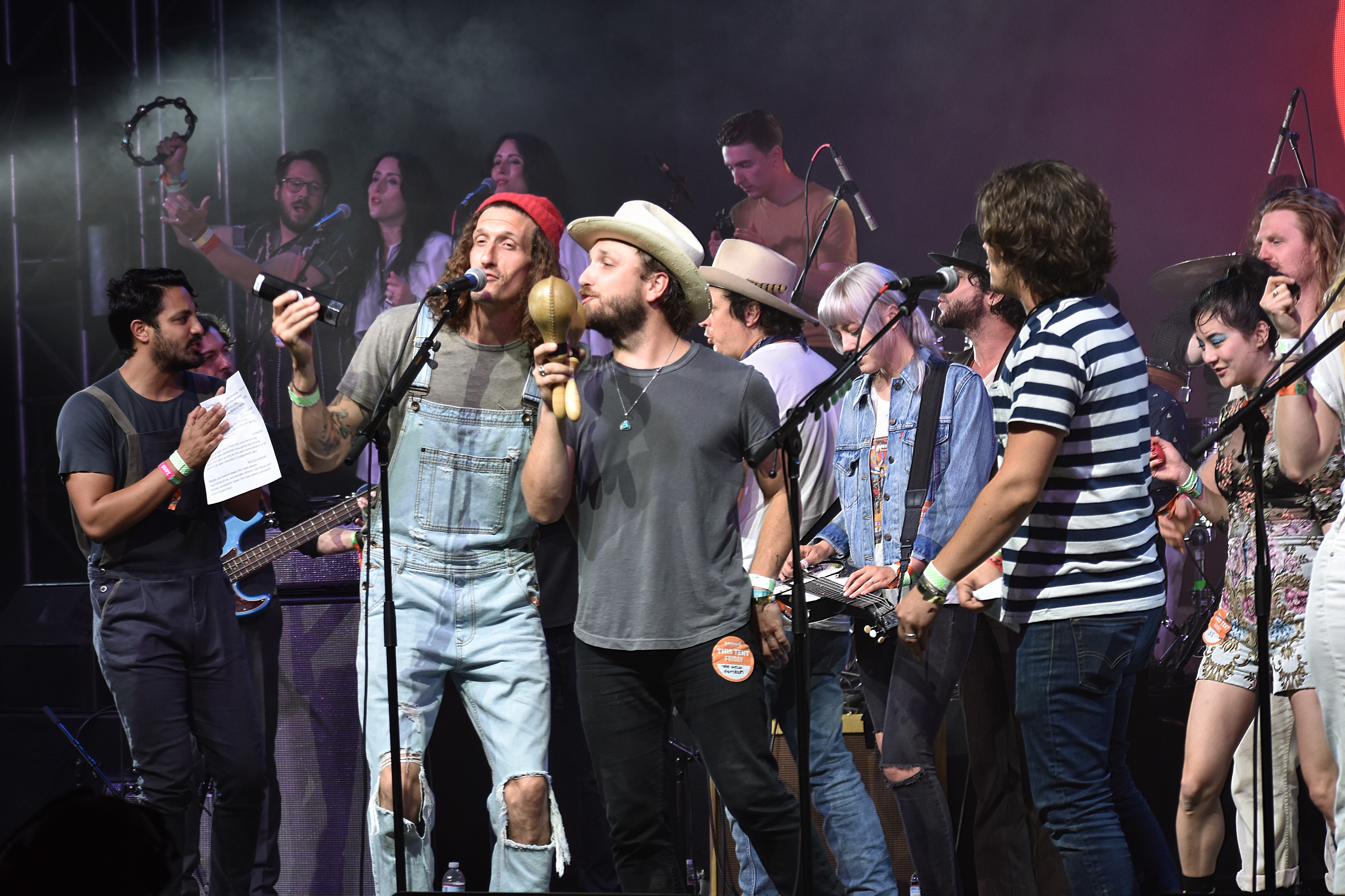 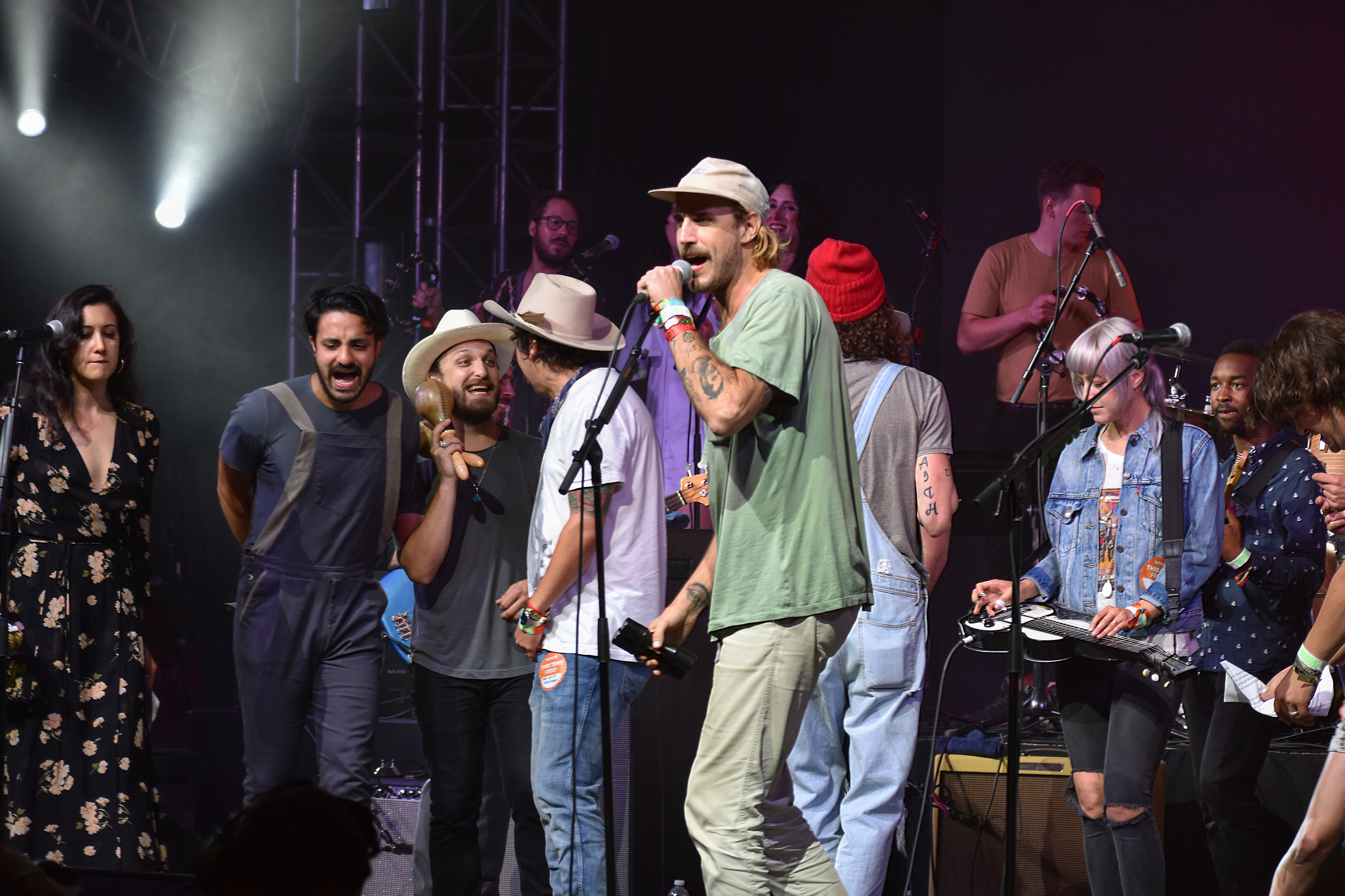 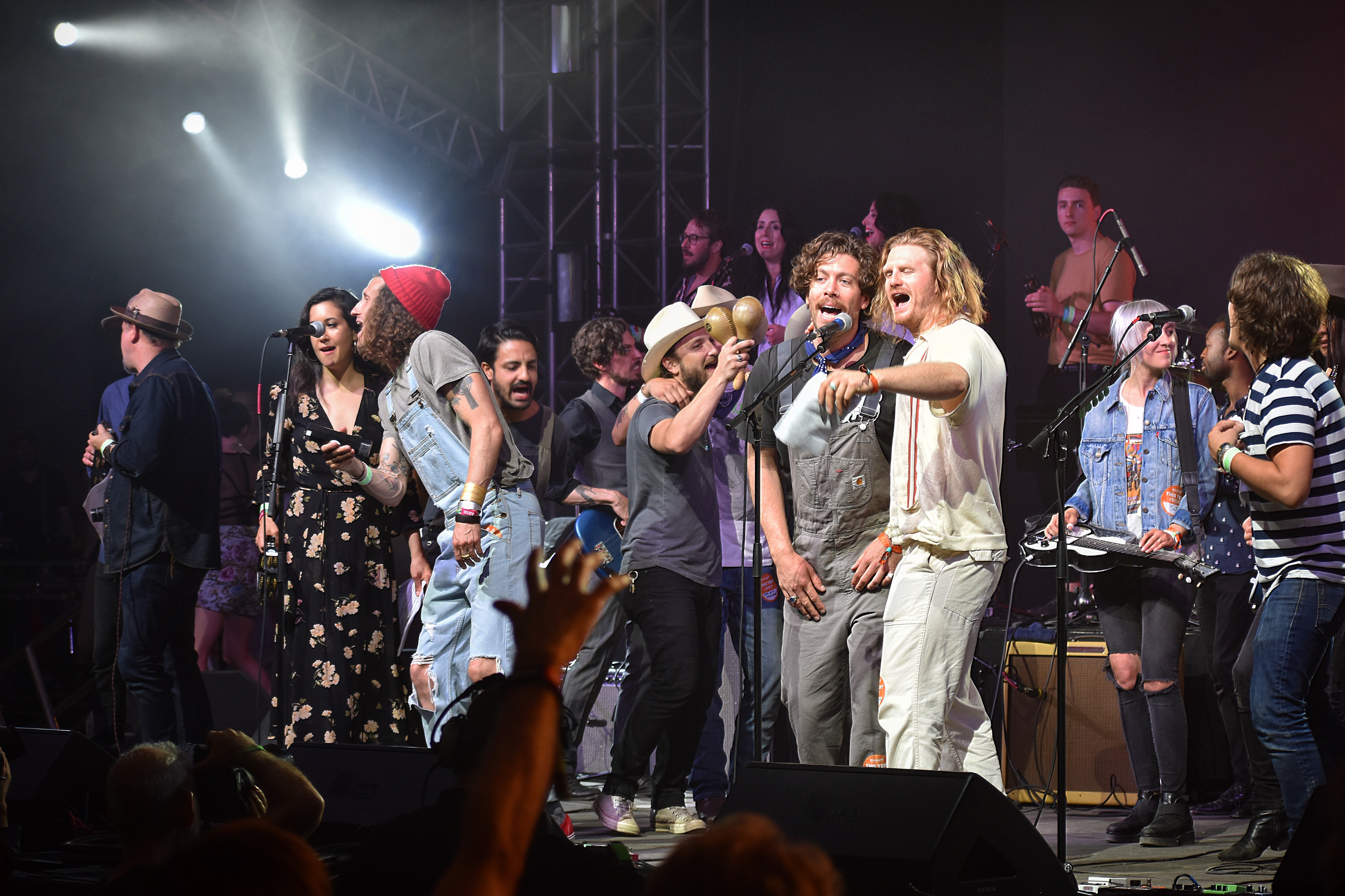