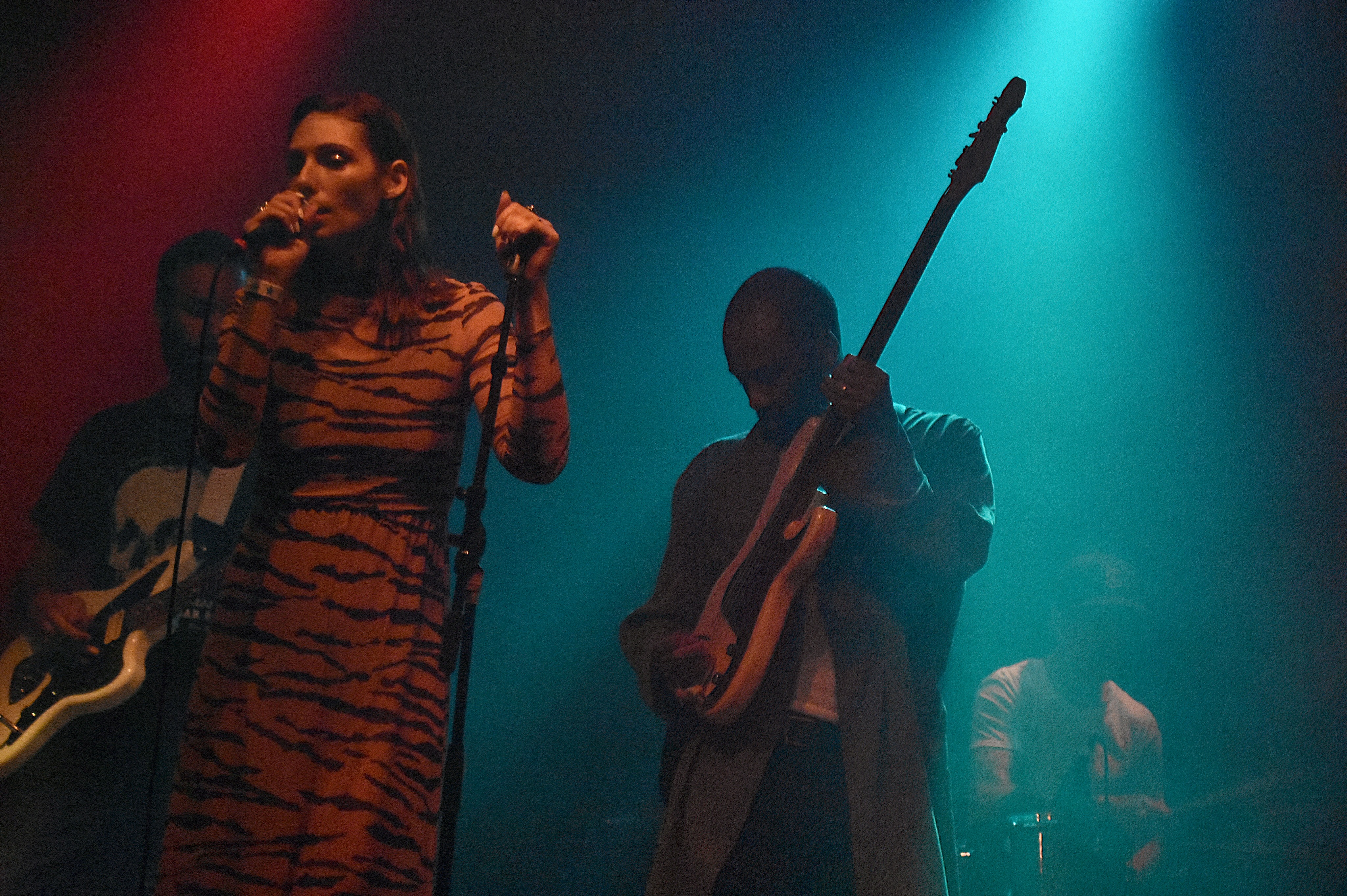 Shadows, whether cast in real life or internally cloaking the soul, can obscure even the brightest lights. They magnify the mystery of the unknown and twist the shape of the familiar.  In many ways the shadows blanketing Rose of the West’s recent set at Nashville’s High Watt served as a fitting metaphor for the band itself.

The Milwaukee based alt-pop outfit is just starting to make its national presence known. The band’s name, coming from a rare, tough as nails Australian flower, is inspired by lead singer Gina Barrington’s journey through the oft murky world of independent artists.  The band itself is just emerging from the shadows and entering the light with the recent release of a self-titled album and the start of a national tour.

The band’s lyrics are reaped from the darker emotions of Barrington’s artistic and personal turmoil.  Her crystalline, yet haunting delivery lets you know that real loss, fear, and heartbreak is woven into each song. Coupled with a chill-meets-darkness synth and guitar groove, the band’s sound carries you to an ethereal dreamworld—where you’re reminded not all dreams are happy.

When up-tempo, you could feel hazy rock vibes reminiscent of festival sets you may have caught from War Paint over the years.  When drifting into hazier realms, my musical memories took cues from recent Beach House sets, if that house was set on a more angsty beach. However, no matter how you compared their sound, Barrington’s vocals and bassist Cedric Lemoyne’s oscillating flow never let you forget you were hearing something that could only be made by Rose of the West.

While shadows draped the High Watt stage and clung to each word Barrington sang, you could tell the crowd felt joy connecting to her dreamy world.  Rose of the West has mastered its internal shadows and made them into art and the world is getting to see them step into the light. 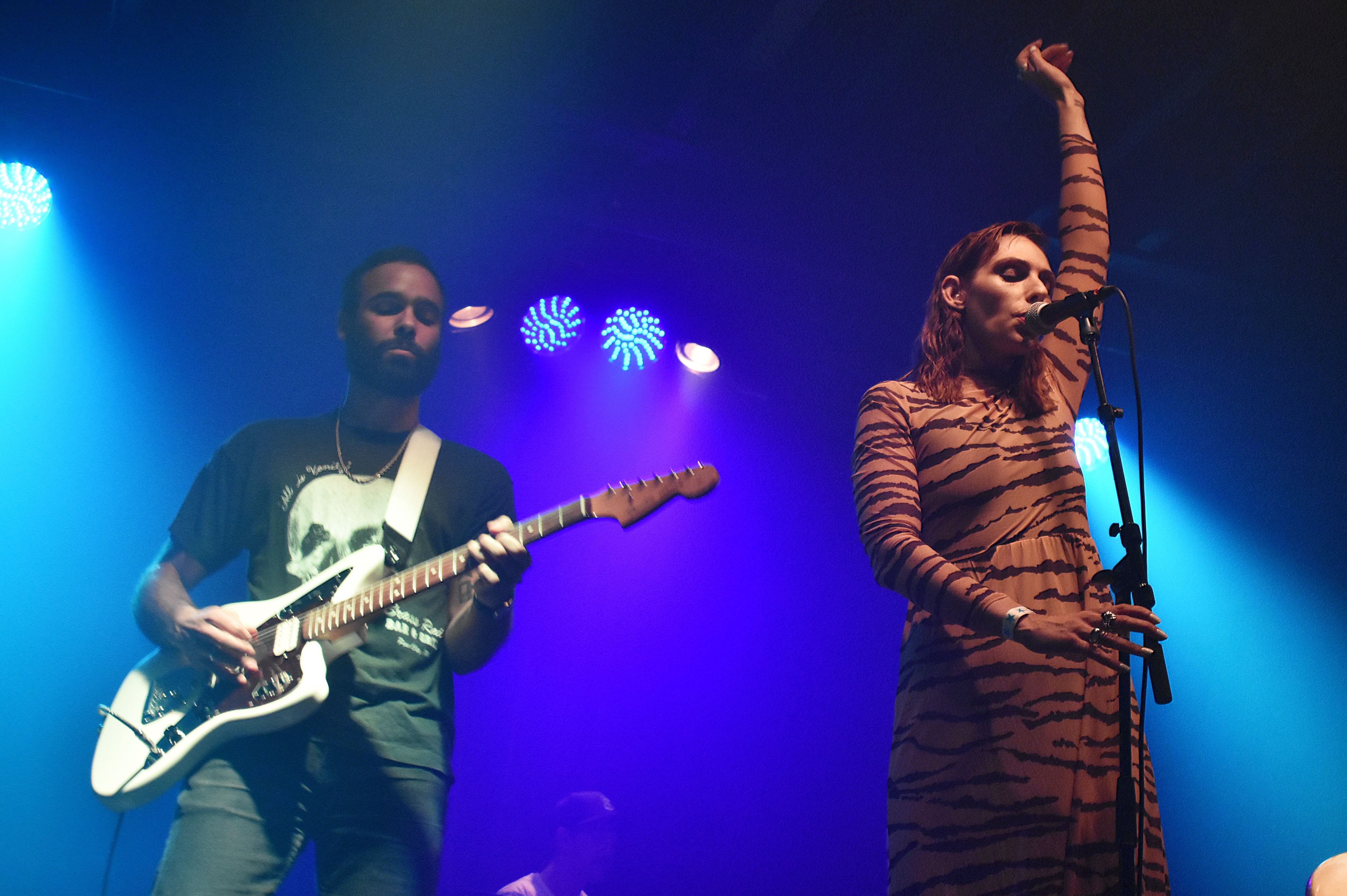 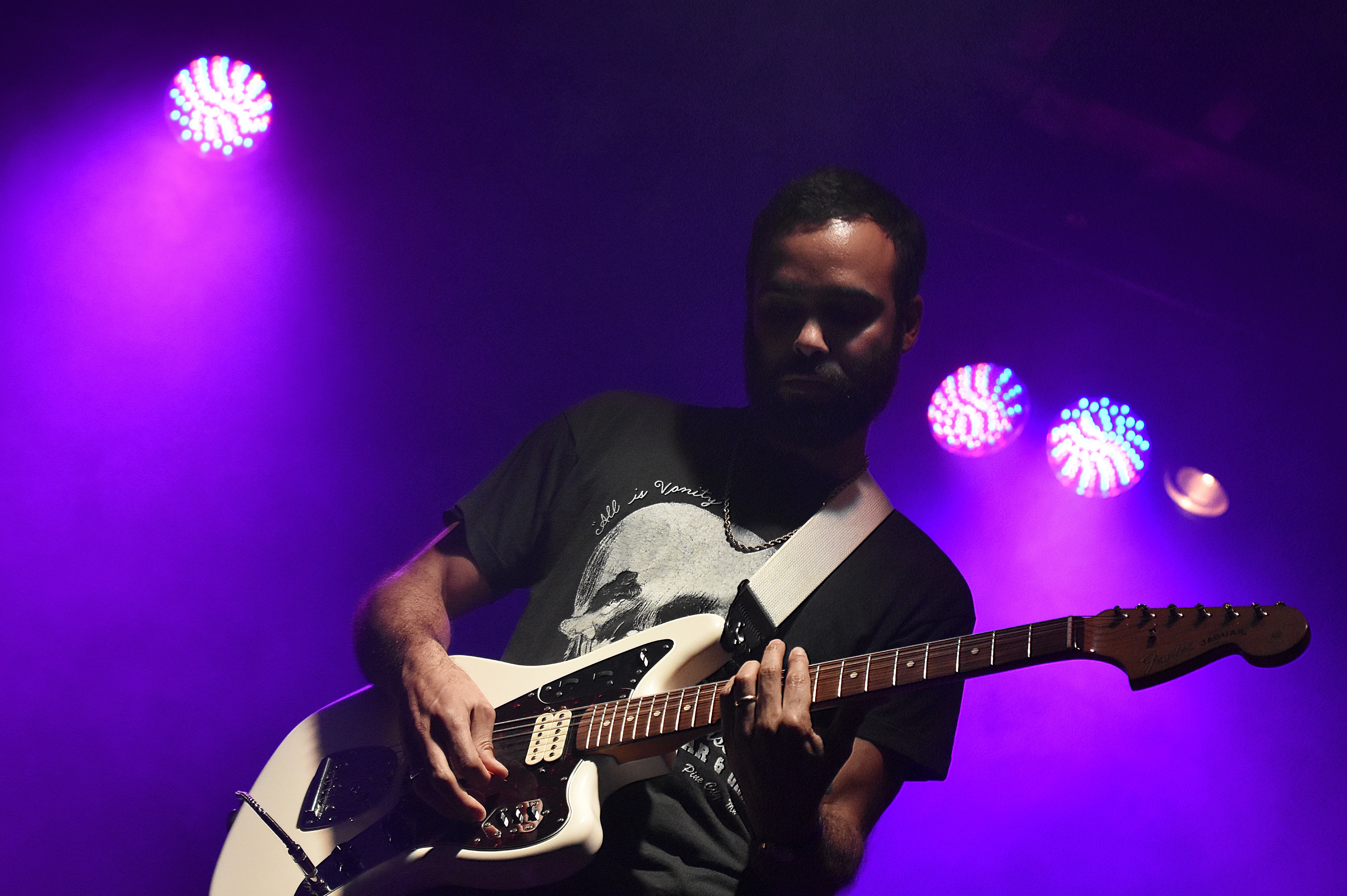 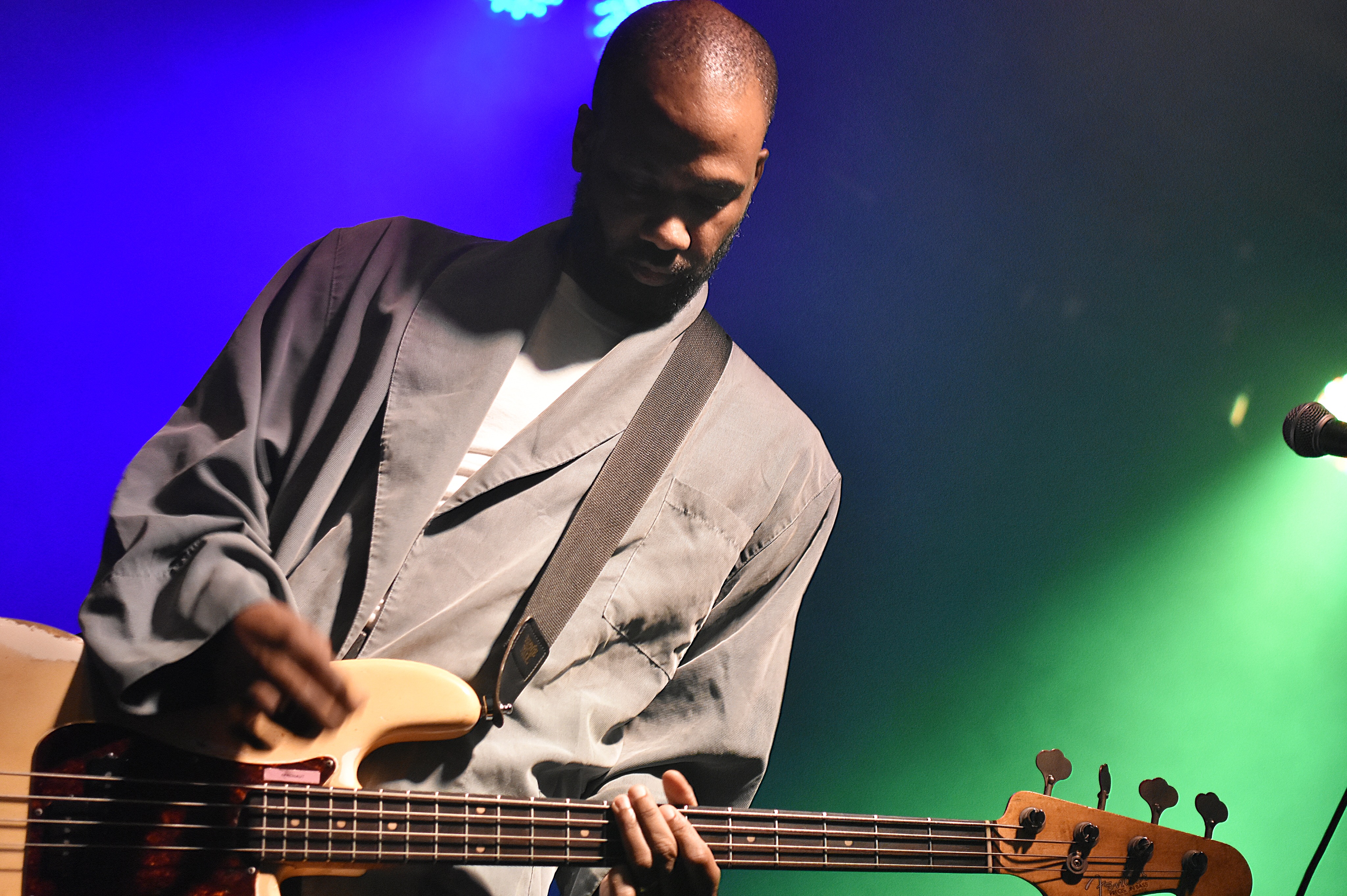 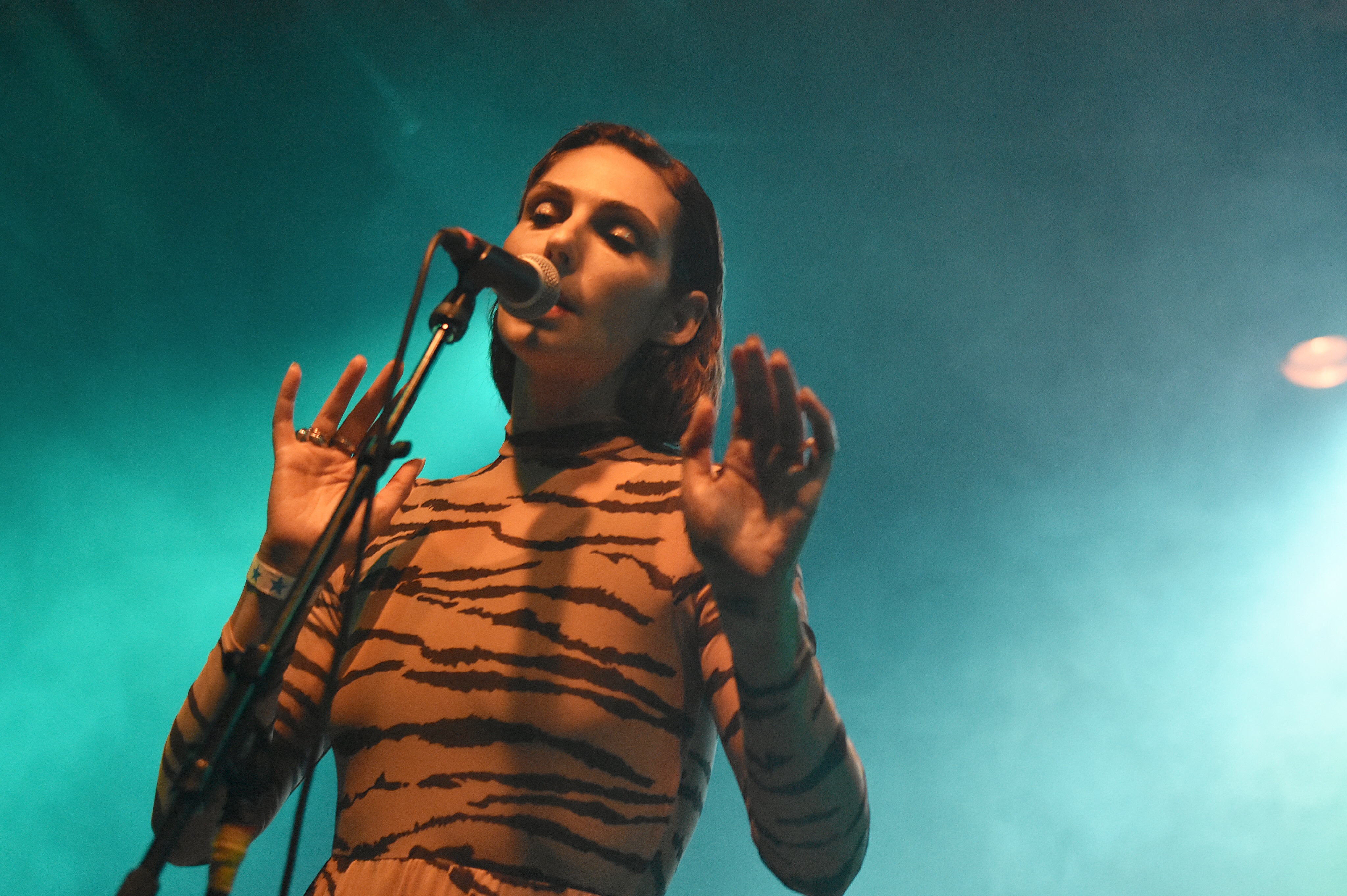 [Review and Pics By George Maifair]