Some of the strongest bonds can be formed in an instant—this is the backstory of Shpresa Lleshaj and Cole Randall–otherwise known as alt-pop band Flora Cash. It’s such a palpable bond that even the most vodka-infused audience member could feel it during the duo’s recent stop at Nashville’s Cannery Ballroom. Watching the pair share knowing glances, and gently finish each other’s lyrical thoughts, it was impossible not to feel the fire that brought the now husband and wife team together. Where one goes, the other floats in support. When one sings, the other is there to harmonize.

Other bonds take time. In the crowded and evolving world of alt-pop, there are two types of artists filling playlists: the manufactured-for-radio creations and the DIY grinders that worm into your consciousness and build a grassroots fanbase. For the last six (going on seven) years, Flora Cash has walked the second path, building their following from the ground up. While evident in many of the band’s lyrics, Randall made it clear during the show that following one’s dreams—especially in the music industry—can be an emotionally arduous task. He openly and passionately shared the ebb and flow of the band’s journey to stages like Cannery Ballroom.

With this context, it’s fitting that the show started with a nearly empty stage, only occupied by two faceless human forms. Shimmering through the haze, the unknown metallic couple stood together, waiting to bring music to the world. As bass filled the room and the flicker of stage lights were brought to life, Flora Cash emerged from the smoke—much as they have to the listening masses over the last year. The roar of the Cannery crowd served as proof of the bond built between the band and its fans.

With nearly the whole world taking notice of the band’s viral smash, “You’re Somebody Else,” it was no surprise that the crowd turned the number into a club-wide singalong. A look at the faces of the swaying, chanting fans displayed a variety of emotions. It was one of those moments when you could see how a song’s lyrics can stir a range of feelings, depending on who is listening. For the band, you could tell it meant something even more—with locked eye contact and a hint of a smile on their faces, the song is a triumph, a relief, and a steppingstone all in one.

The intensity between Lleshaj and Randall never wavered, but it also never got in the way of entertaining their fans. With an almost hip-hop lyrical delivery and a slow touch, those crowded on the rail swayed along to another of the band’s newer songs, “Breakthrough.”  With the band’s constant message of perseverance, their anthemic “They Own This Town” took on a powerful meaning. Special for this show—maybe due to Randall’s confessed love for Nashville and its barbeque– the Cannery crowd was the first to hear a new song from the duo that points to them rooting their next album in their own stories of love. The night’s songs all featured a stronger bass drive than their album counterparts. This helped the duo increase their intensity for the live performance, which they complemented with the emotion in their vocal inflection.

Flora Cash may have found the bond of love first, and then had to weave through the winding path of the alt-pop world to reach their fans and music lovers. However, watching the pair on stage, linked in both word and song, you could not imagine Flora Cash existing, creating, and connecting without the spark they share. That spark is indeed what has created a flame that lets songs like “You’re Somebody Else” move an entire room. 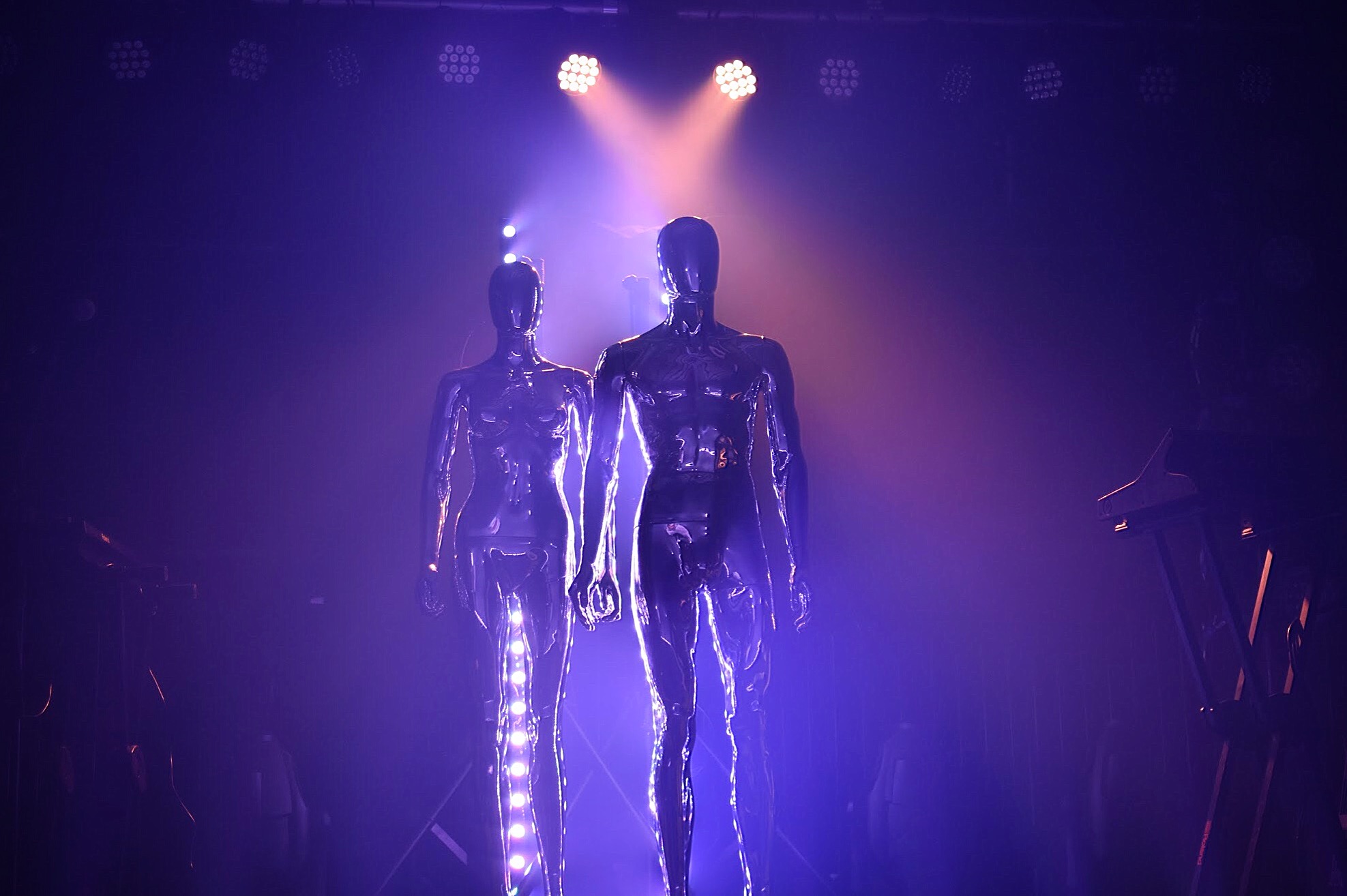 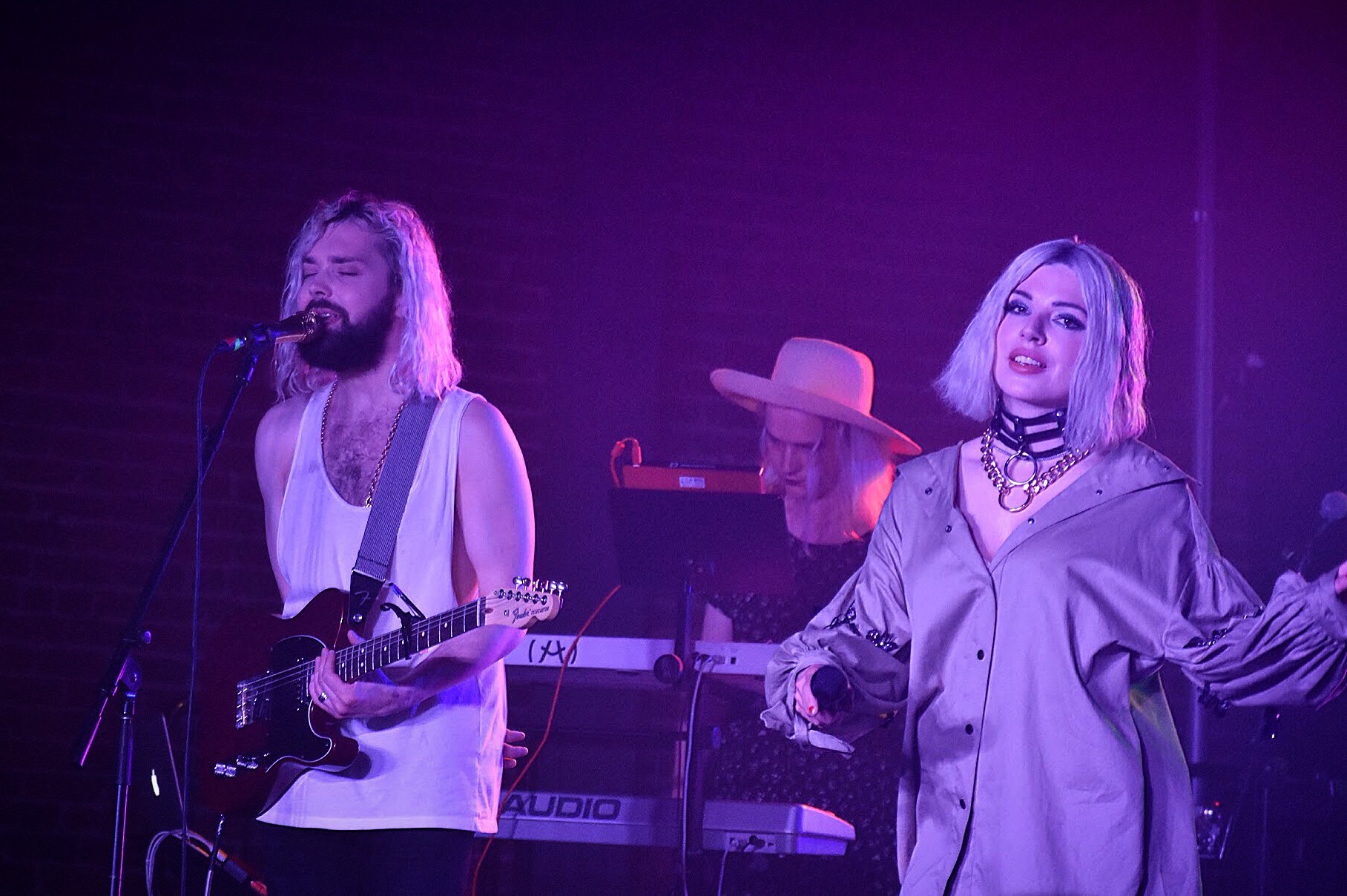 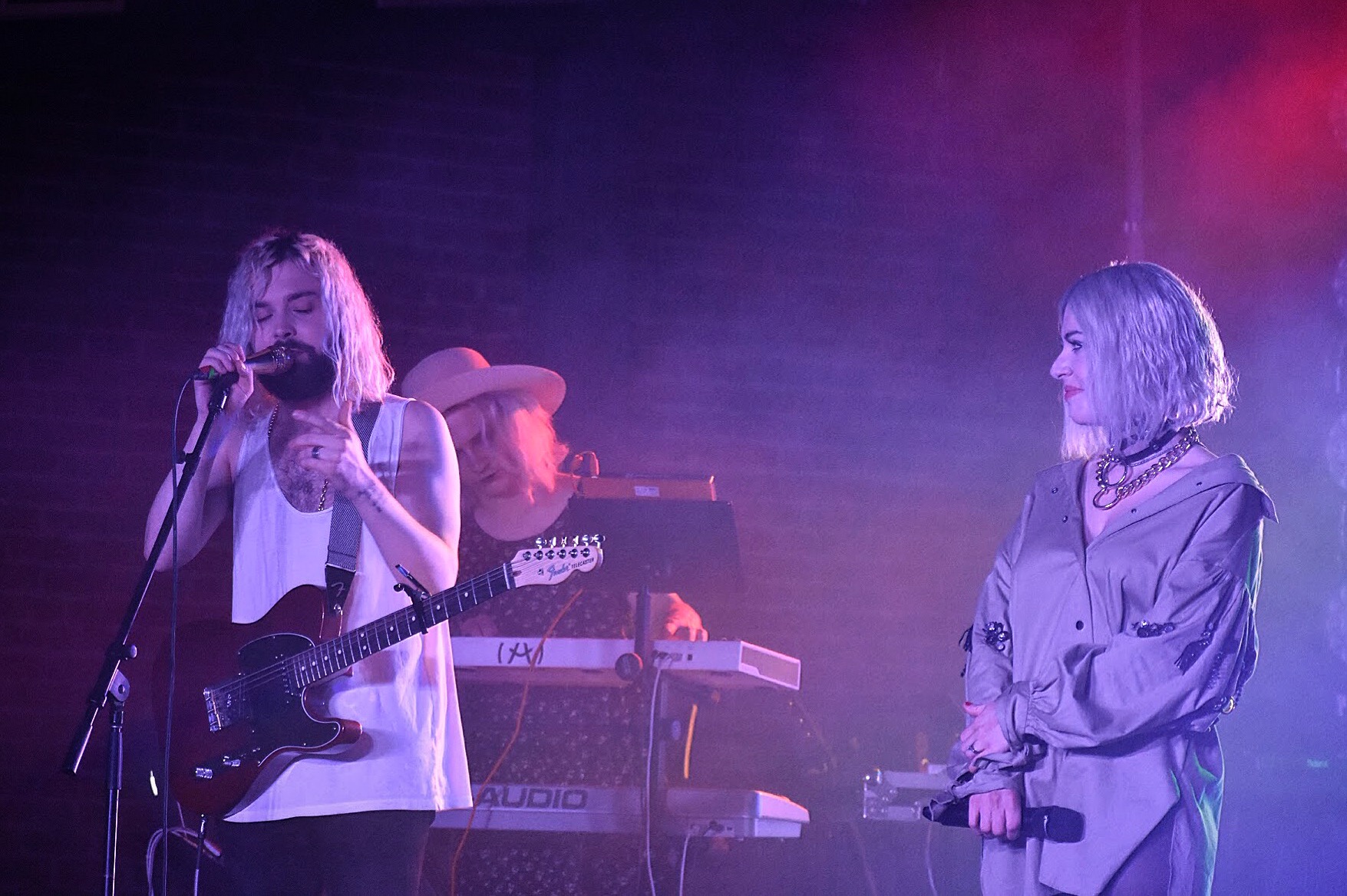 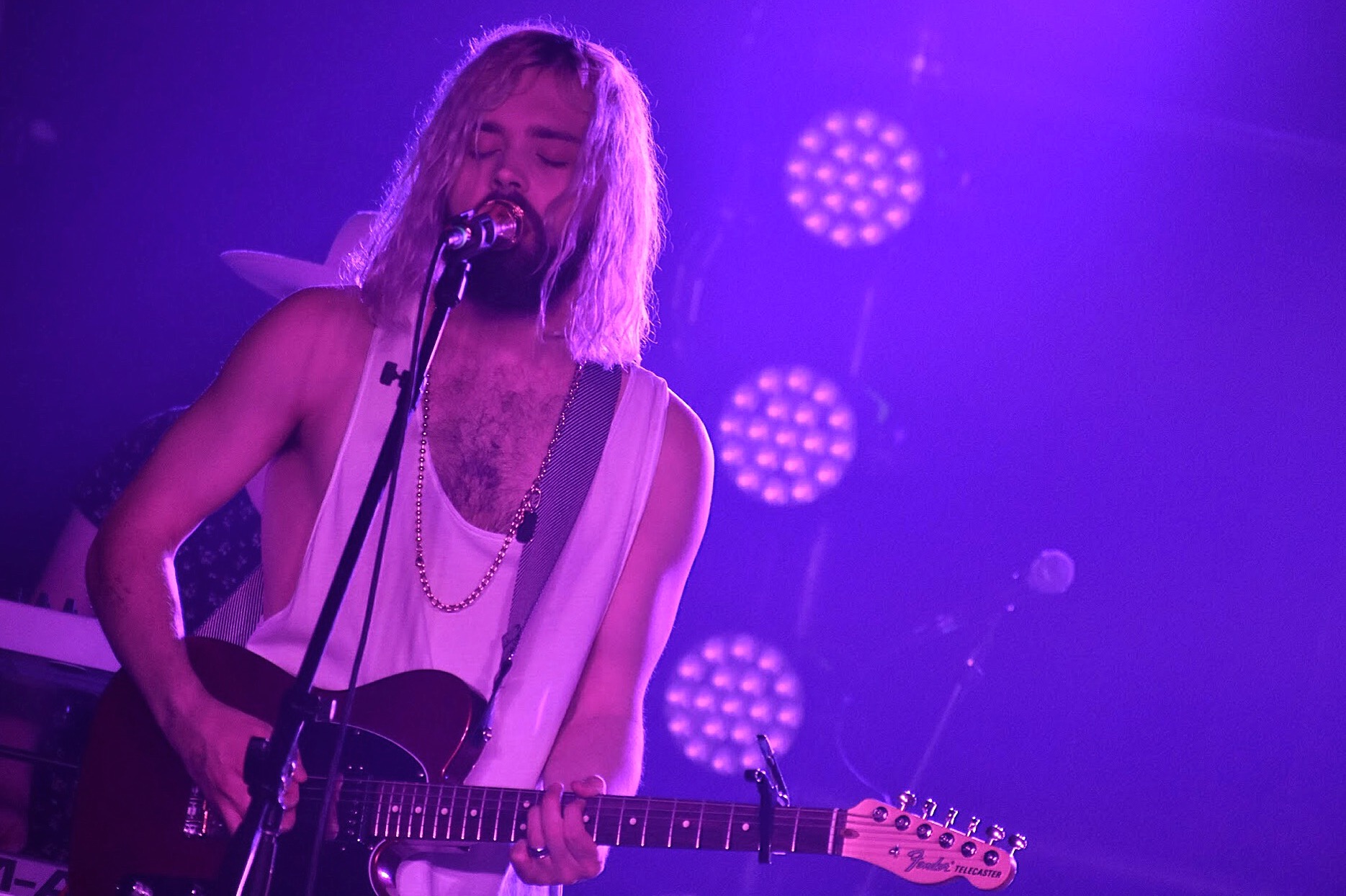 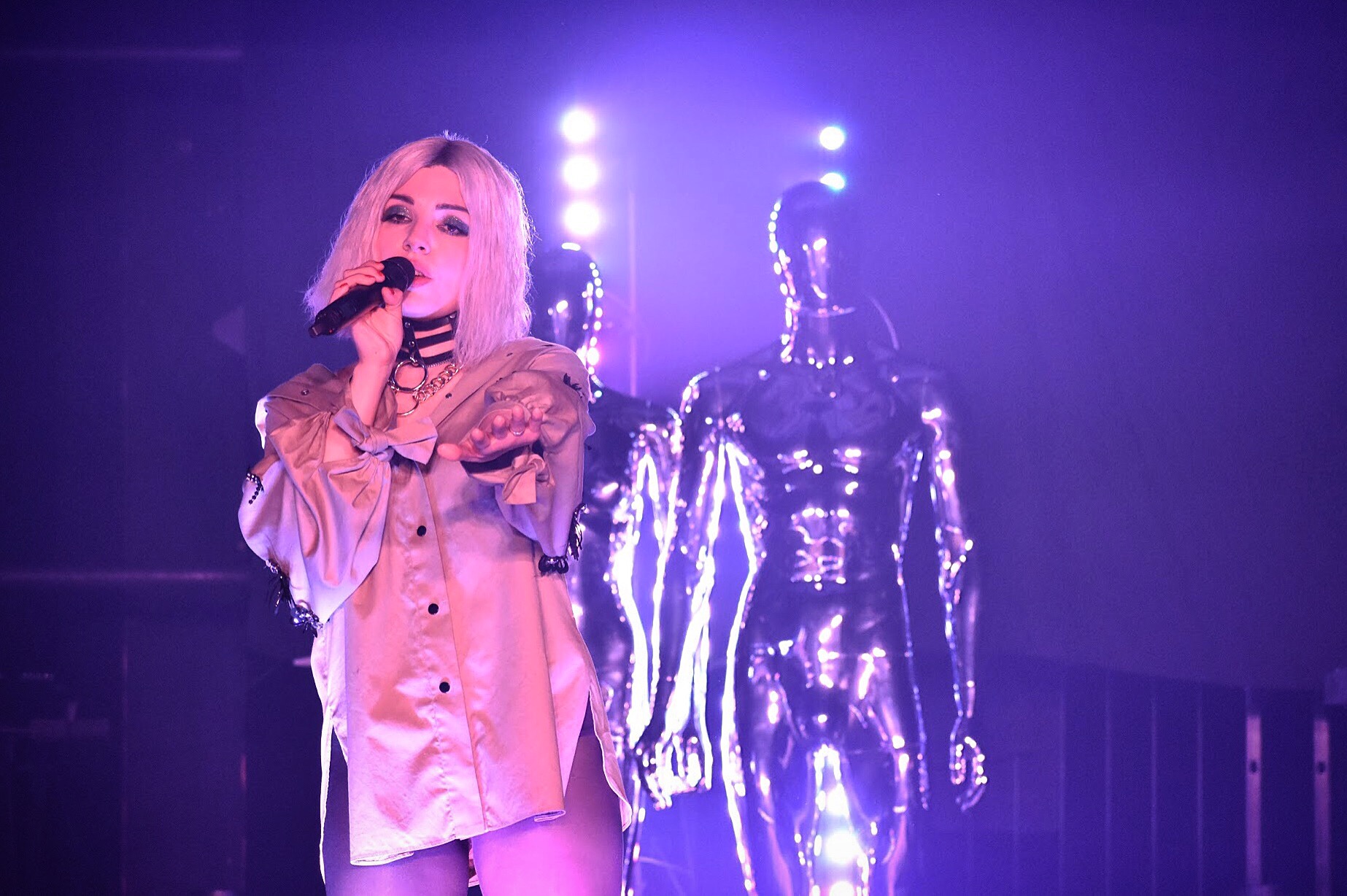 [This review and its accompanying photos were handcrafted with care by Eo8’s own George Maifair.]