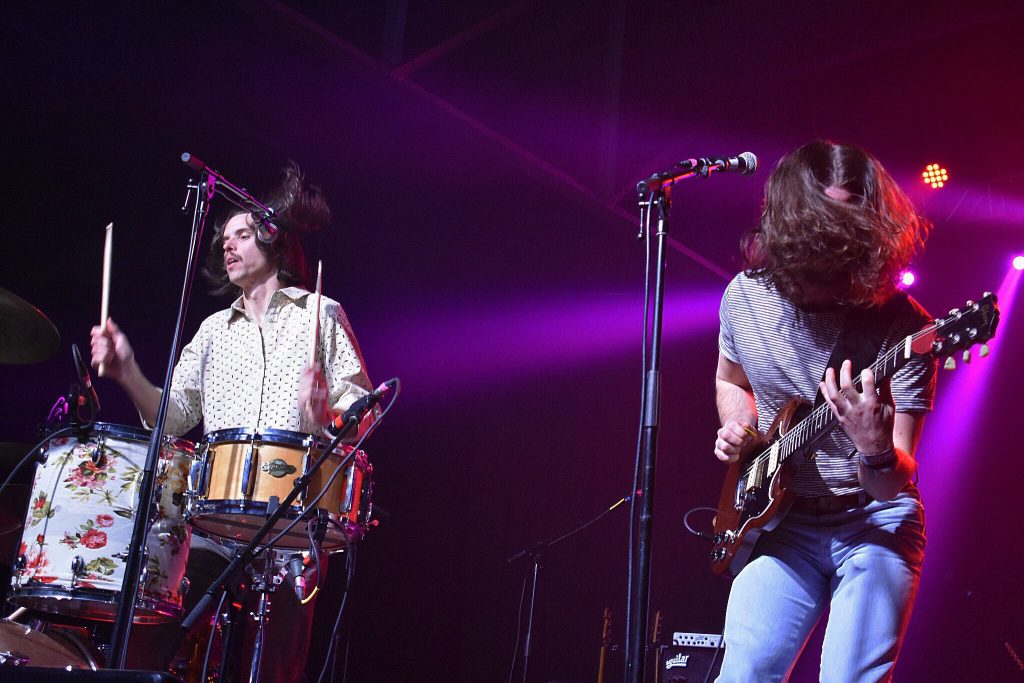 There are some principles that we know to be true. Space is curved. Every action in nature has an equal and opposite reaction. We get to eat pie each year on March 14th. However, one of the great unsolved mysteries is how rock duos manage to consistently outplay and outperform prototypical, stage sprawling bands. Seeking further testing of this yet to be defined principle, I put on the lab coat and headed to Nashville’s Marathon Music Works to check out one of the rock duo world’s fresher entries, Illiterate Light.

Having been introduced to the band via an album cut of their slightly hazy, plenty bluesy single, “Better Than I Used To,” and only familiar with the band’s recorded works, I was admittedly unprepared for the unrestrained pure rock energy that met me as soon as the band took the stage. The pair–Jeff Gorman on guitar and melodies, James Cochran with harmonies and a frantic, stand-up style of drumming–thrashed, clapped, swooped, and teetered on stage-edge with a reckless abandon that fueled the Marathon crowd. After watching the duo play at such a fevered pace for the approximately 40-minute set, I am not sure that they could stand still if they wanted to.  But where some bands get selfishly lost “in the moment,” Illiterate Light was clearly loving each moment which rubbed off on the head-nodding, hands-waiving, hell yeah-yelling audience.

The irony of the band’s spectacle is that they have a musical chemistry that would hook you even if the band stood stone still. Their dynamic stage presence is just an added bonus to their highly addictive guitar riffs and heart-pounding drum beats. It’s the range of the band’s sound that kept the crowd compelled, not just a floral halter top and manic interaction. When hitting on their bluesier influences, the band sparked memories of early Black Keys with a grinding guitar-laced version of Neil Young’s “Vampire Blues,” and their own “Nuthin’s Fair.” The band’s new singles “Sweet Beast” and “Better Than I Used To” were a complete changeup, adding a summer festival-worthy, rock whimsy to the night. Like any good indie rock charmers, the vocals carried a sweetness belying the underlying gravity of the lyrics. The audience swayed along in a melancholic haze. Switching it up once again, they tore through the set’s closer, complete with an extended pounding, thrashing rock jam session, leaving the audience roaring approval. Before we knew what had hit us, Illiterate Light had blazed through their set time, leaving everyone wanting more.

Between the infectious stage personality of the band and the staying power of the songs in my head, the night proved once again that the right rock duo can make magic happen that defies expectations. Or, maybe we just need a new scientific principle: 1+1= a badass rock concert. 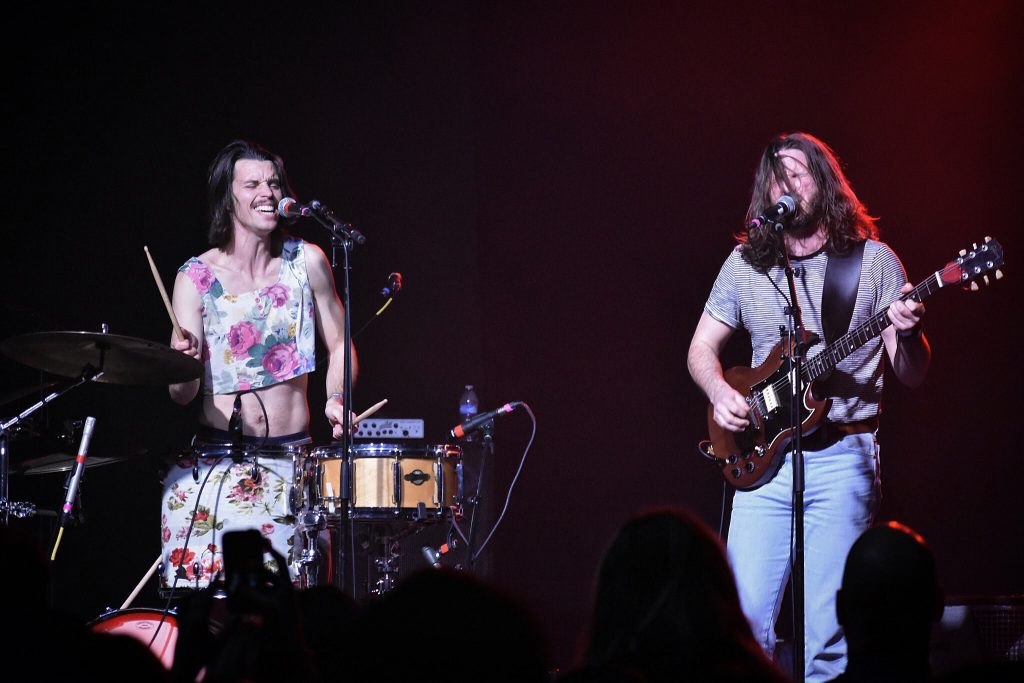 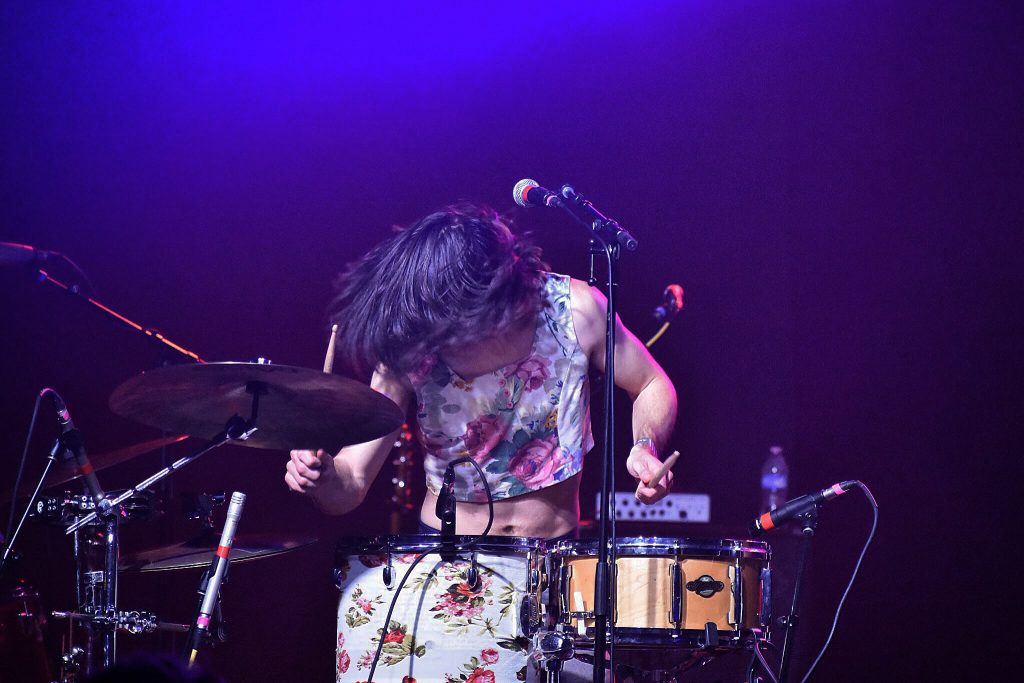 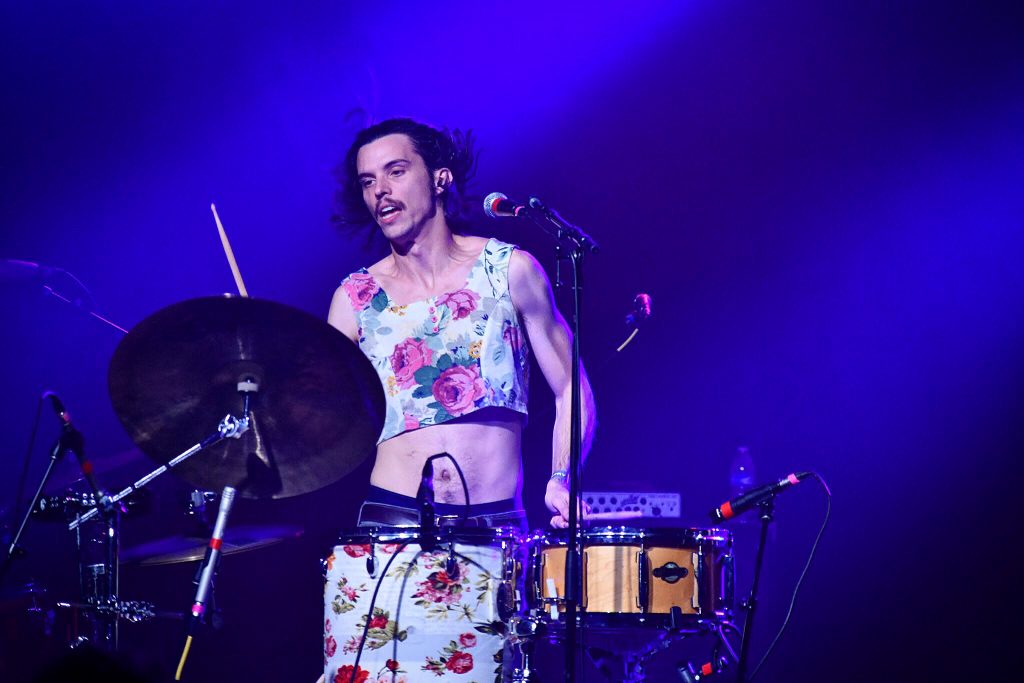 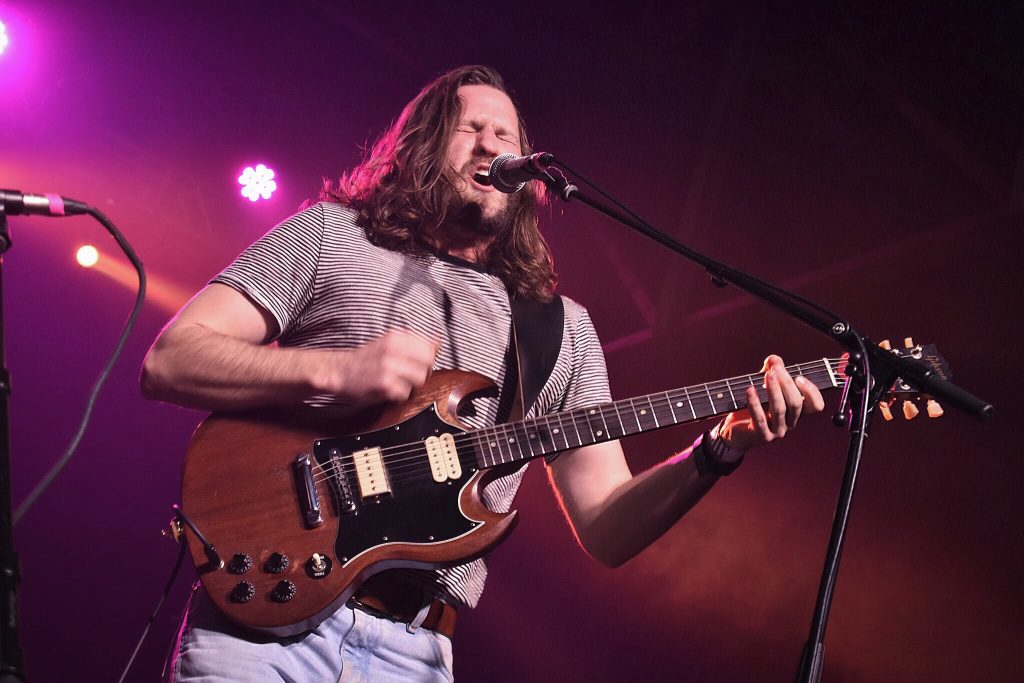 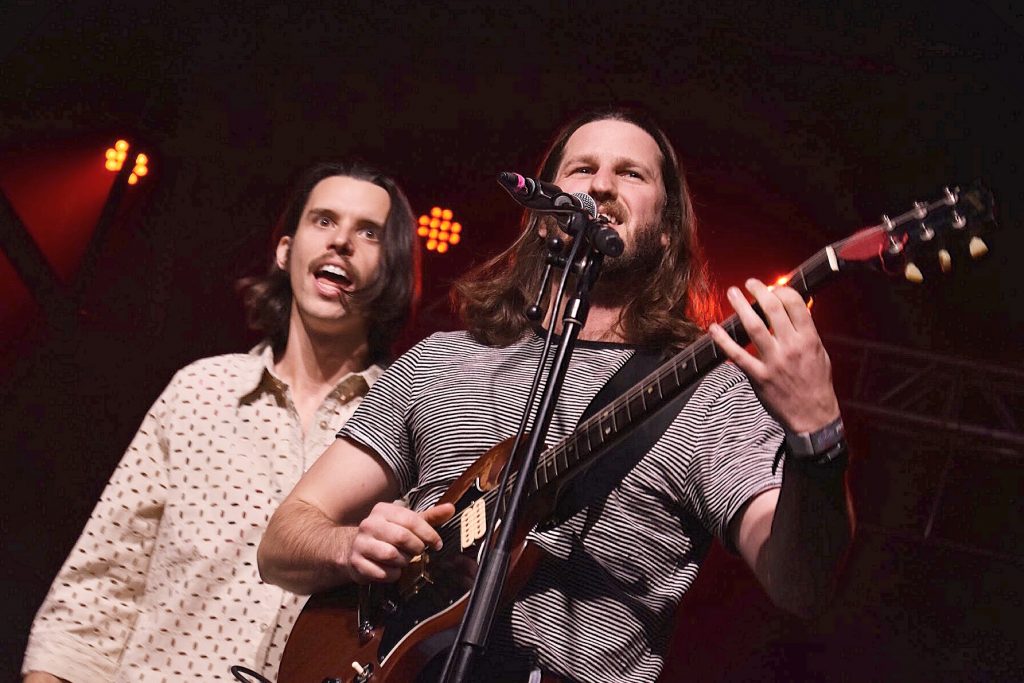 [This fantastic review and its accompanying photos were handcrafted with tender, loving care by Eo8’s own George Maifair.]