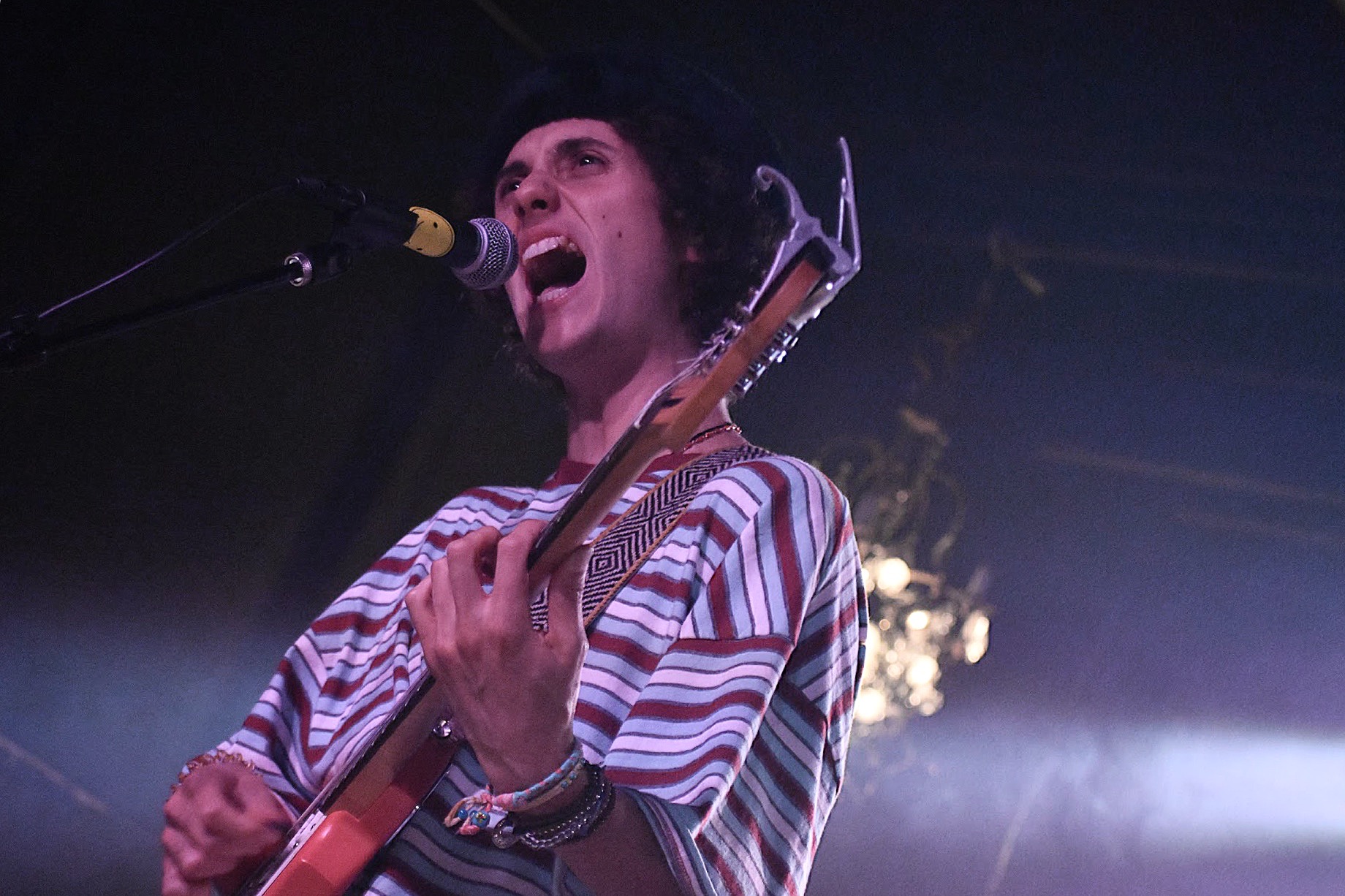 It’s no longer a secret that Nashville’s music scene is more than a love-hate relationship with its country music stereotype. With indie and alternative rock now a dominating force, the music floods out of concert venues, clubs, and bars nightly. While there are numerous faces in the crowd of the city’s emerging rock acts, there is one that artist that is becoming synonymous with Nashville’s indie rock attitude. With scorching guitar, a dry and poetic lyrical craft, and a distinct look and style, he is instantly recognizable–whether on the radio or walking into a room. But he may not be the first person…or even the third man…that many will think of as carrying Nashville’s rock mantle. While other artists have us debating what exactly counts as a song and remind us that we are not like them, Ron Gallo has been focused on a grueling tour schedule taking his modern-minded lyrics and retro-sounding rock across the country. Last Saturday night, he reached the tour’s final destination at The Basement East in his home, Nashville.

There has been a marathon of “last tour date” shows throughout the city. Typically that equals a well-oiled performance tempered by the reality that the artists are ready to be reacquainted with their families or more importantly, their own bed. However, for Gallo and his touring companions, Saturday served as equal parts homecoming party and local fan reward. It turned out to be the perfect storm for an energy explosion.

For those that have not been to a Ron Gallo show, it is important to remember that he is quiet, mild, and soothing…until he isn’t. His mellow, communal banter punctuated the fire that burned in his live performances of his songs. Gallo’s shows are anchored by his ability to go from tranquil whisper to furious guitar fever in less than 10 seconds. The crowd fed off the manic energy of Gallo and his band–one second, the crowd would be listing hazily to a reverb-drenched guitar wail, the next it was jumping, shouting, thrashing, and surfing. Even the other artists in the room could feel the pulse-raising charge of Gallo’s performance. The crowd cheered in support as show opener Ian Ferguson slow danced on stage while Gallo crooned a cover of Carson and Gaile’s “Somethin’ Stupid.” With a flip of the switch, Ferguson was crowd surfing overtop of the audience’s raised hands, as Gallo and his bandmates blasted through a screaming encore. As impressive as the musical performance was, he needs special credit for pulling the Nashville crowd close enough to the stage to allow him, Ferguson, and the occasional fan to take stage dives into the masses. This is a feat in a city known for holding down the back of the room instead of crowding the stage.

While there was some performance flash in Saturday’s show likely blended with added craziness marking the end of the tour, nothing can be taken away from the sheer authenticity of Gallo as an artist. While Gallo was indulging in a bit of the revelry of being in front of a hometown crowd, it took nothing away from the angsty and exploring lyrics that make up Ron Gallo songs.  While the crowd sang along at a fever pitch to his hit, “Young Lady, You’re Scaring Me,” you could still feel the scathing lyrics–we may have been lost in the song’s even-bolder live riffs, but its twisting indictment on love and a societal ignorance of addiction and mental health was unmistakably present. Sharing several tracks from his most recent album, Stardust Birthday Party, Gallo’s observational dreariness was punctuated by the ingrained faux optimism in his banter and the pounding guitar echoing through the concert venue. Gallo managed to strike deep into the heart while making the audience shout with joy.

It seems forgotten that rock music, especially indie rock music is supposed to have a primal soul that screams from the darkest places in our hearts we dare not tread. It can expose issues, even societal deficiencies, but doesn’t get bogged down in making a point. In a scene where artists are reaching to conceptualize “cool,” Ron Gallo is making rock songs.  It was the type of pure performance and lost-in-the-moment energy you usually only see in idealized music fantasy. At The Basement East, he gave the fans a show with a true rock club feel that reminds us why we love indie artists. 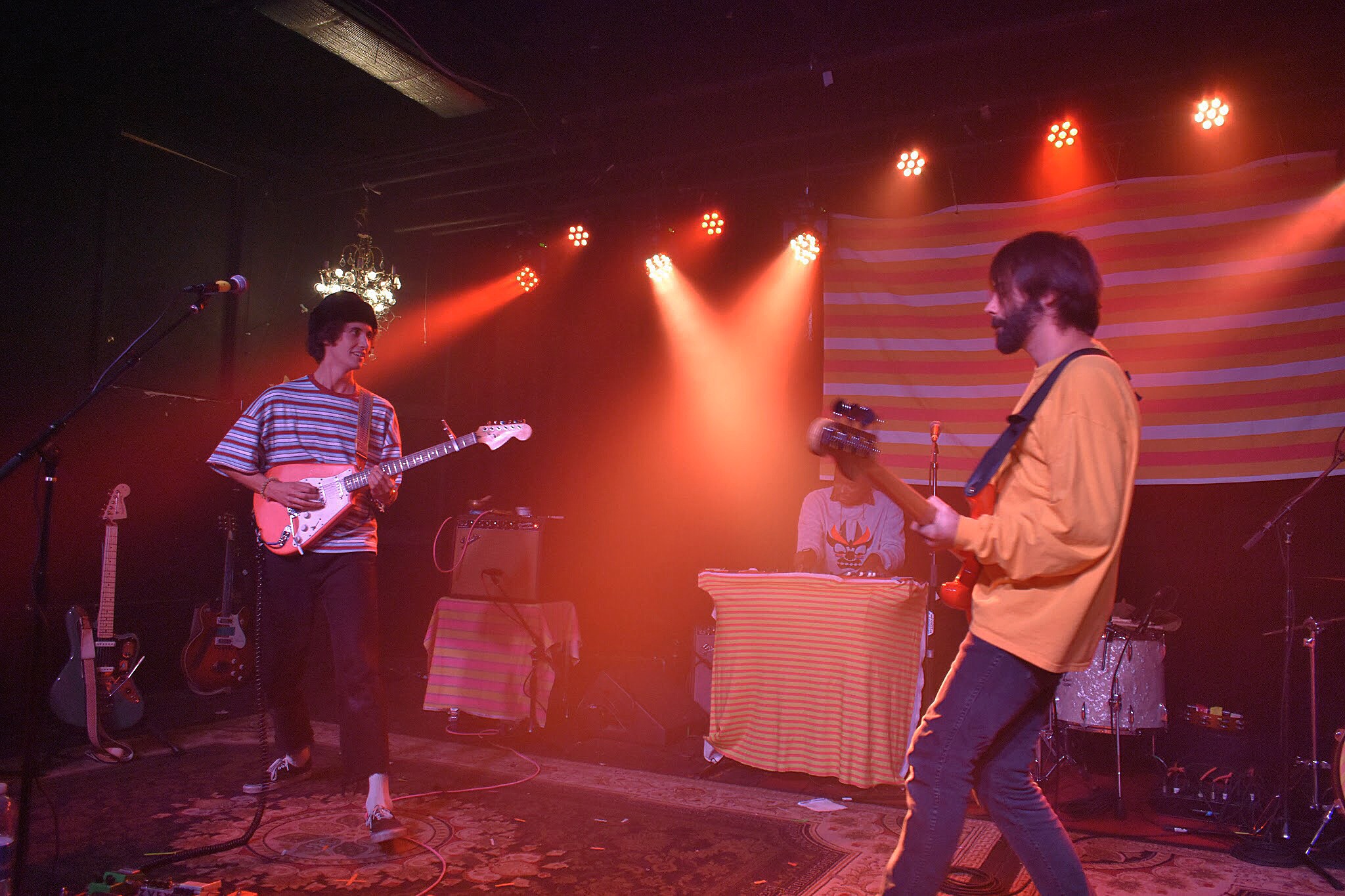 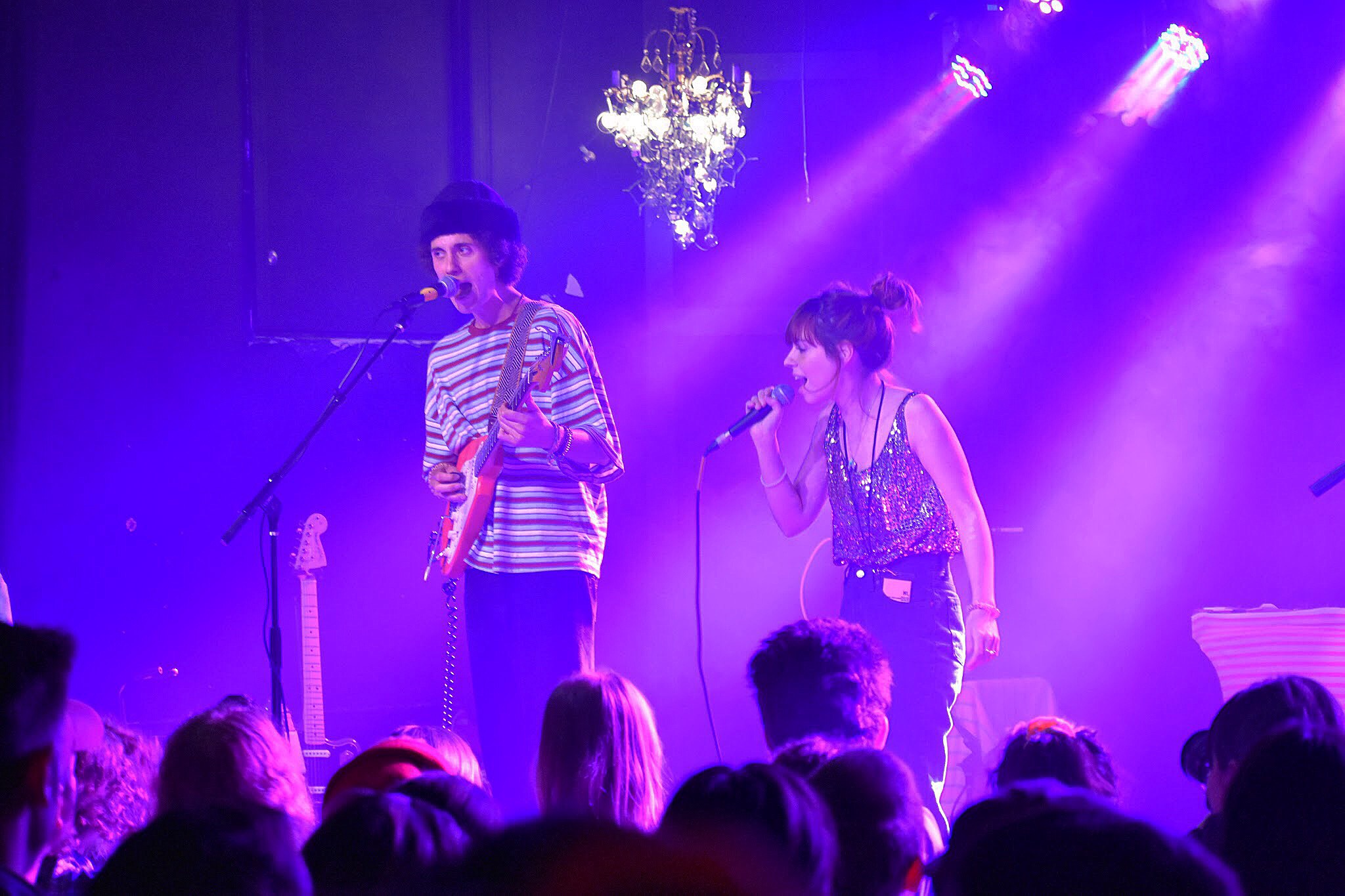 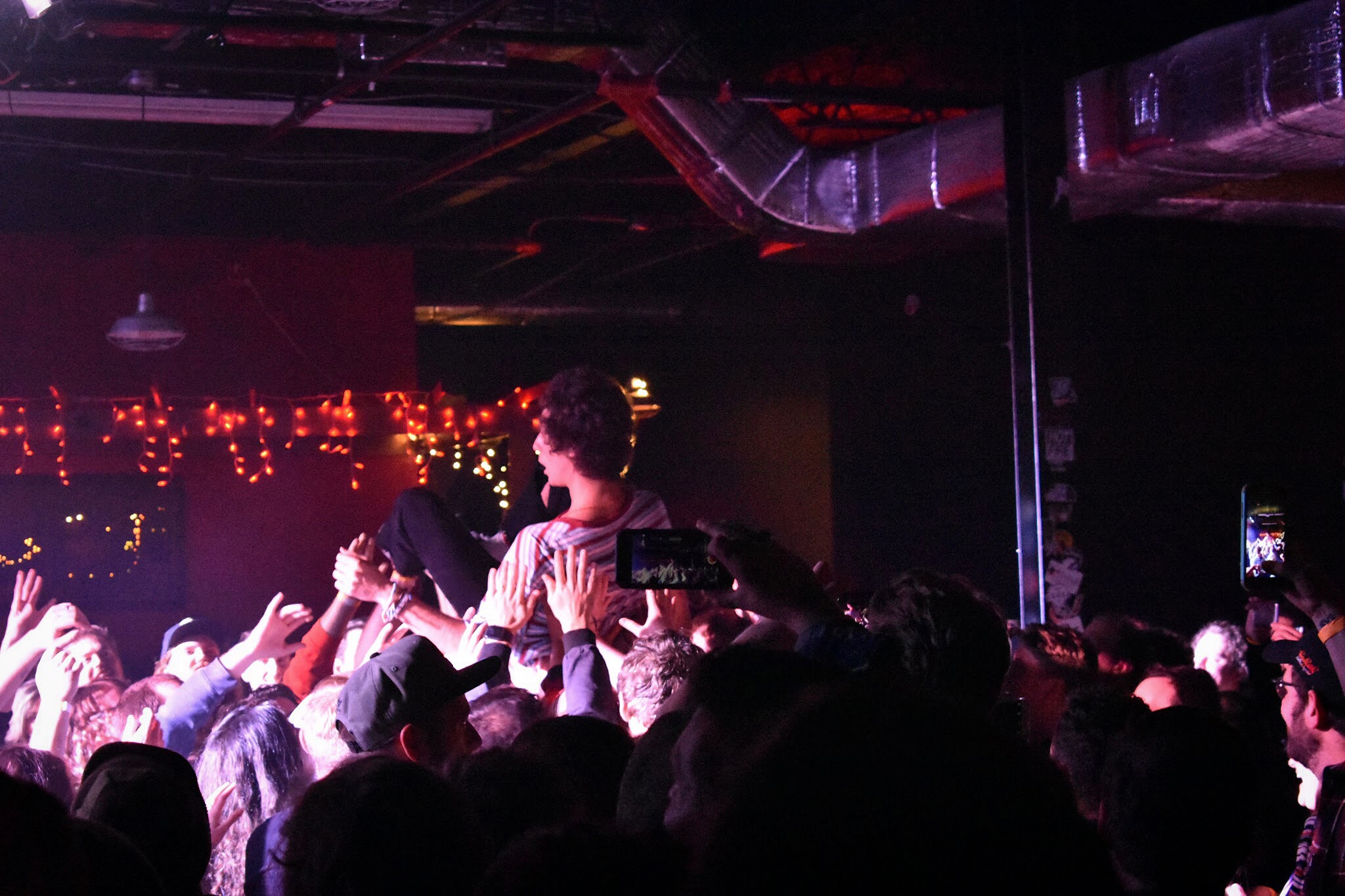 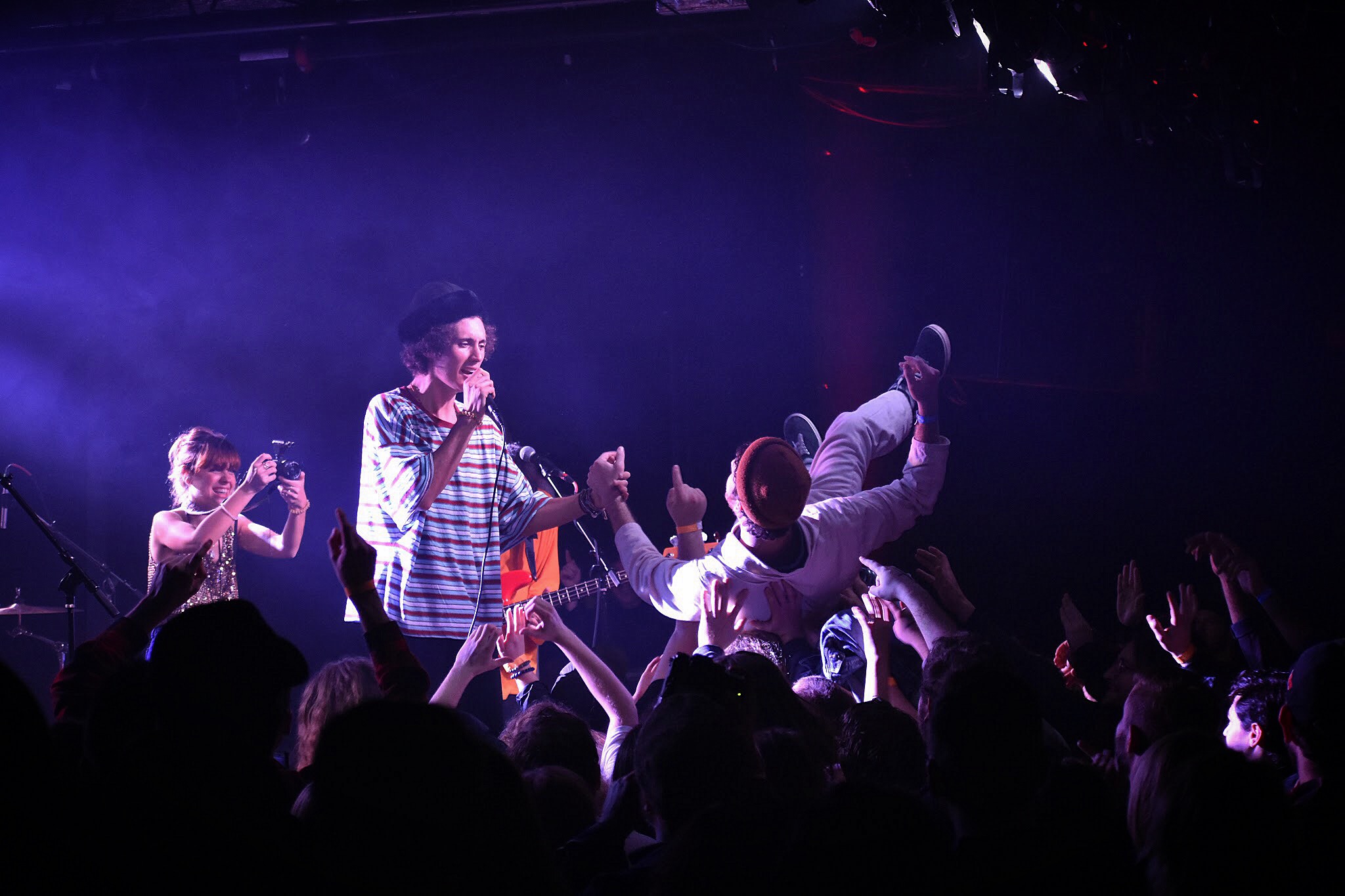 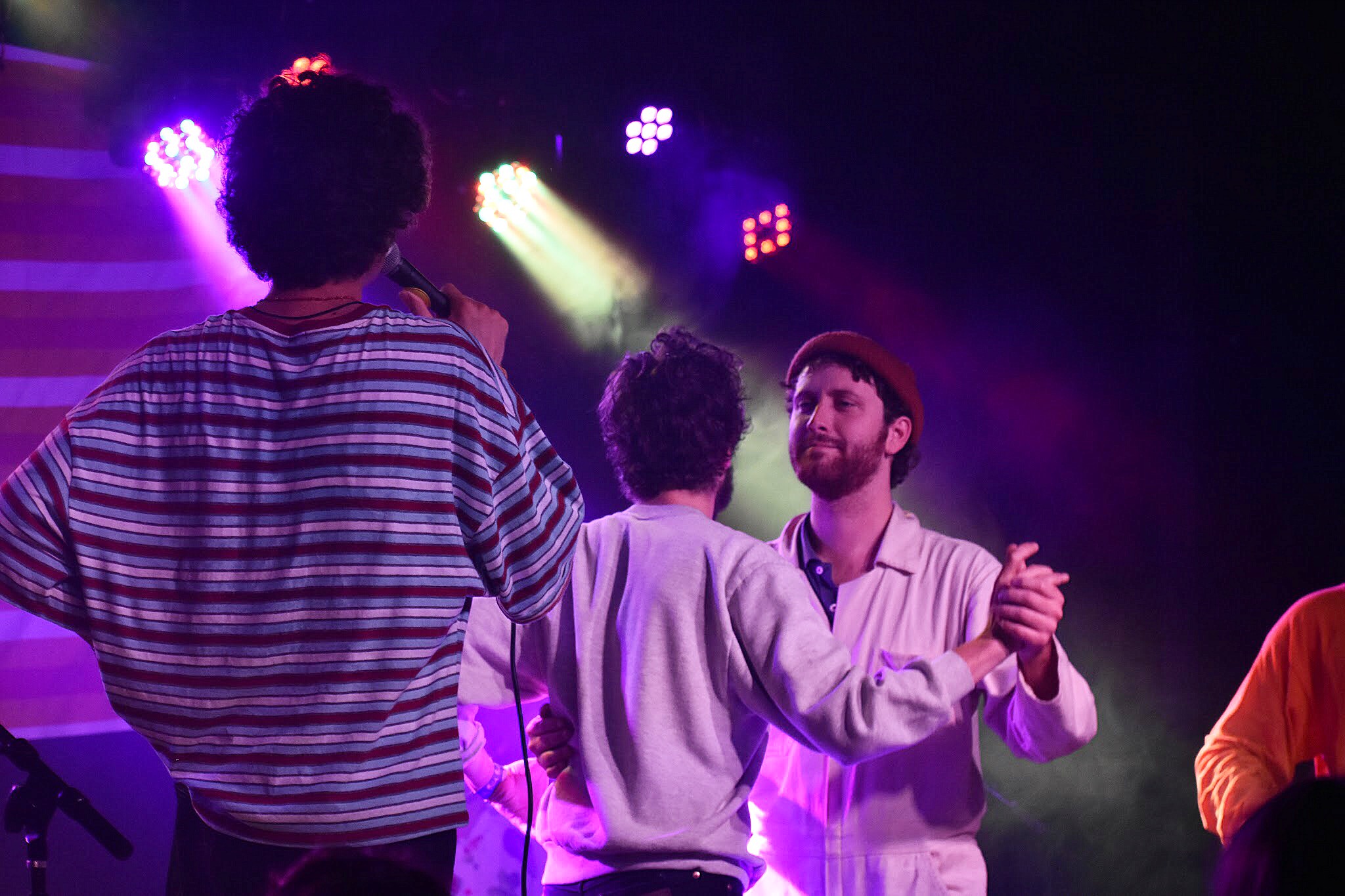 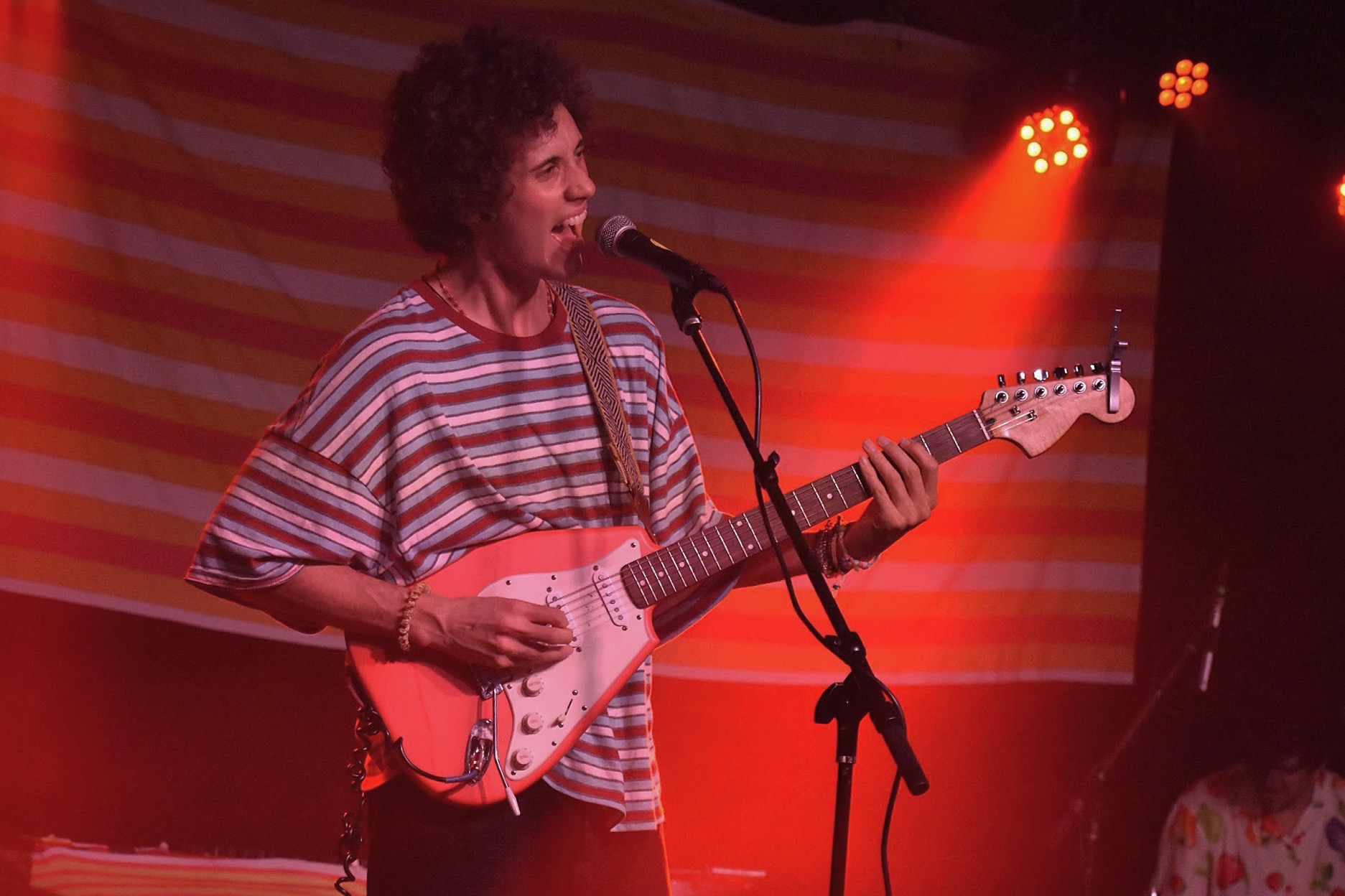 [This lovely review and its accompanying pics were handcrafted by Eo8’s own George Maifair.]