With the meteoric rise of electronic music with mainstream music lovers, many rock bands are forming or retooling to marry traditional indie rock sounds with electro elements. This influx of electronic influence often creates music outside of the band’s target genre, making it either too “pop” or too “rock” for the works to have an authentic indie flare. However, for some bands like Foreign Air, the electronic waves naturally mix with their indie rock soul to form an organic and inseparable bond.

Within the massive sprawl and slightly echoey chamber of Nashville’s Marathon Music Works, the sometimes fickle acoustics played perfect foil to the bands’ vapory synth and airy guitar on their recent stopover in the Music City.  From the first notes, I was transported out of a mere concert and into a thumping soundtrack. While the stage was sparsely set–Edison lights making up the most dynamic decoration–the electro-indie rockers used their driving bass beat made of a mix of live rhythm guitar and board-created sorcery, as well as a heavy dose of spacy guitar, to trigger mental images larger than the confines of the venue. Swept away in the sprawling musicscape, I envisioned flashing city scenes, blurring streets, or a glowing retro world of tomorrow. The band’s humming electro-rock fused works wormed into the mind, allowing the completeness of their sound to take hold.  Staying focused on the music and smartly minimalizing chatter, Foreign Air’s Marathon Music Works set kept a consistent flow that allowed the audience to stay connected with the show beyond simply absorbing a list of songs. This allowed engagement through swaying, clapping, and nodding along instead of a forced response to stage-led banter.

Lyrically, the band’s themes often turn on love…or maybe lust…frequently shadowed by an ominous undertone. Longing, passion, desire, and need are fraught with danger as words ripple in the flow of bass beats and synth-toned guitar riffs. Setting the mood early with “In the Shadows,” a sadness-meets-obsession love song, the band used one of its best hook-laden choruses and a head-nodding beat to grab the audience’s attention. For the very next song, the group turned to its uber-addictive and appropriately named “Caffeine,” a song that would feel like a love song but for the hidden darkness that stains the sentimental professions. The pairing of these songs set the pace of the show keeping the crowd swaying and bobbing their heads the rest of the way through the set.

Again smartly wielding the power of back-to-back underground bangers, the band closed their set with “Free Animal” followed by “Lying.”  The former, a viral hit for the band, has the same infectious vibe live as it does playing on repeat on your playlist. Full of foot-stomping rhythm and laced with echoing vocal effects, “Free Animal” had the whole room moving with the beat.  Next, featuring a funky retro funk vibe, “Lying” was balanced with enough pulsing bass punch to drive the song through the chest and directly into the mind. Using these two high-power songs to end the show allowed the post-performance musical void to punctuate how connected the audience was to the band. The room suddenly felt empty.

The band’s music makes you feel like you are in a movie that you could almost name, even though it hasn’t yet been made. At Marathon Music Works it served as the soundtrack to a musical statement proving that Foreign Air is an authentic indie rock band that fuses electro elements.  The band left behind a cheering audience that was grateful for songs that carried them away from the world instead of leaving them mired in commercially forced electronic noise that has recently plagued the scene. 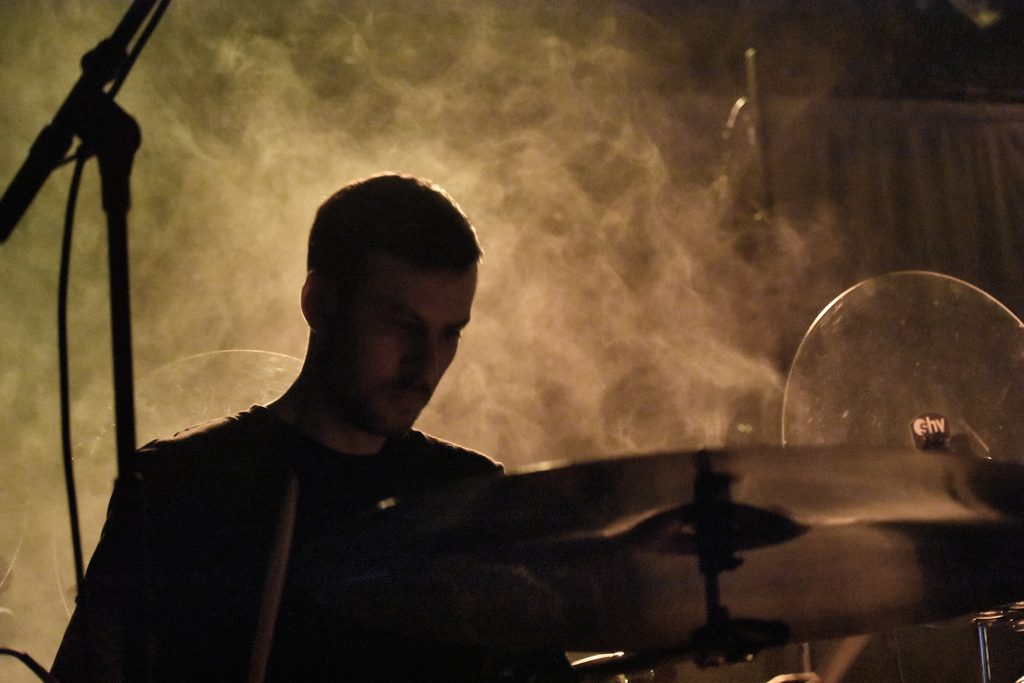 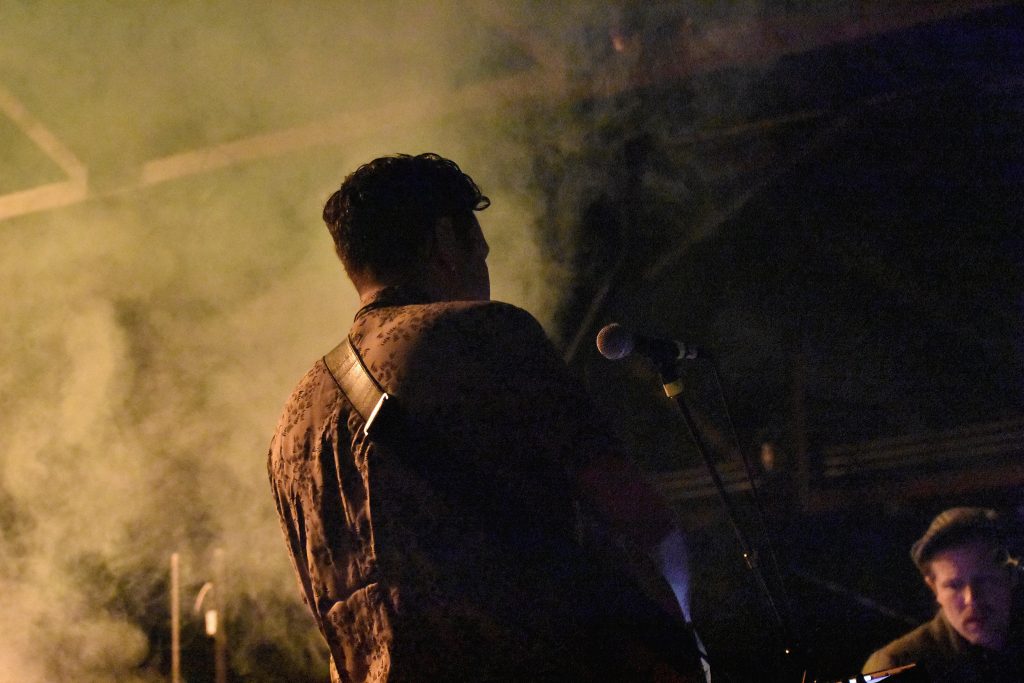 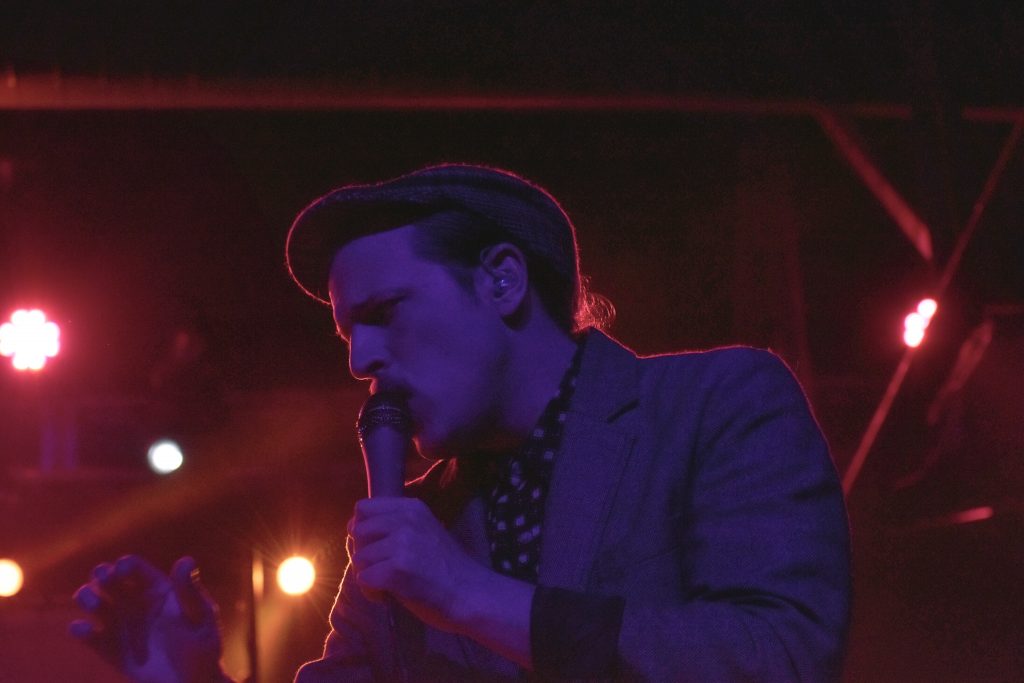 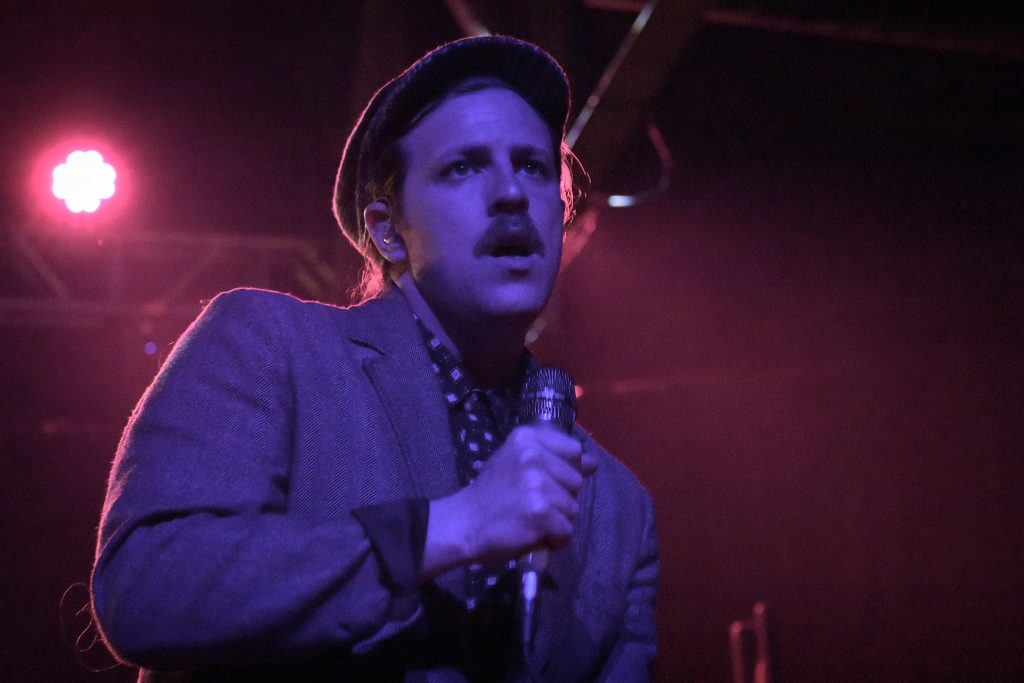 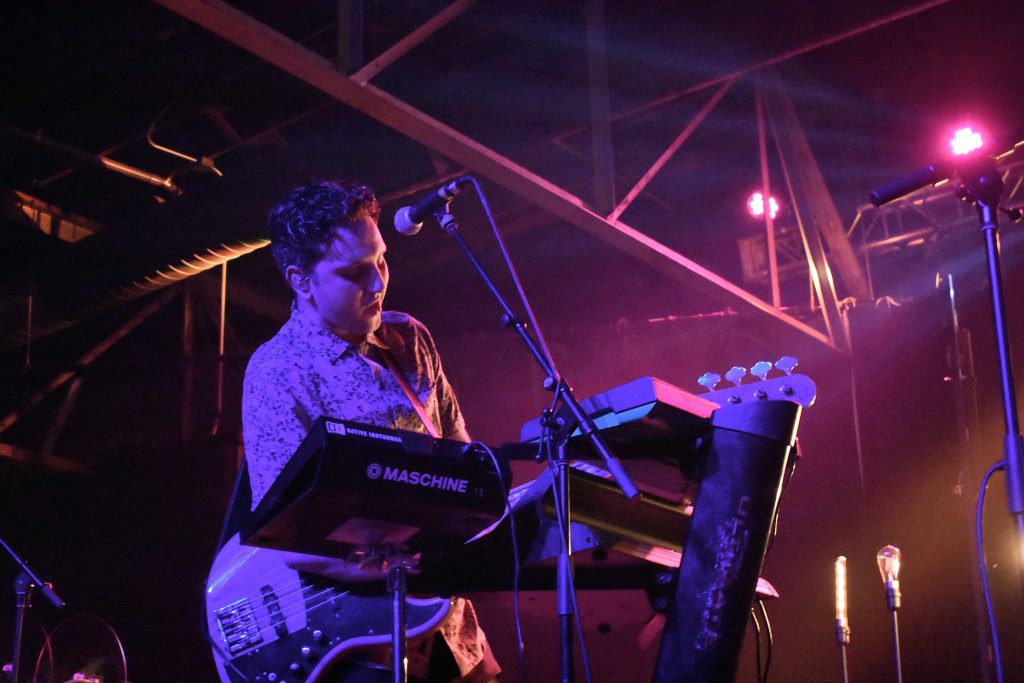 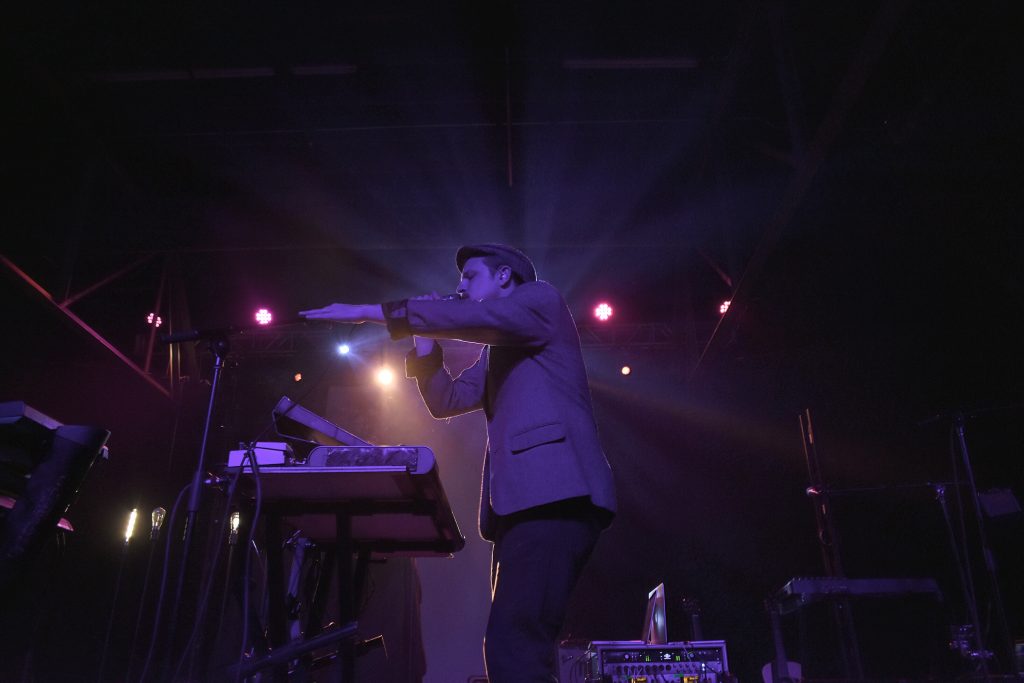 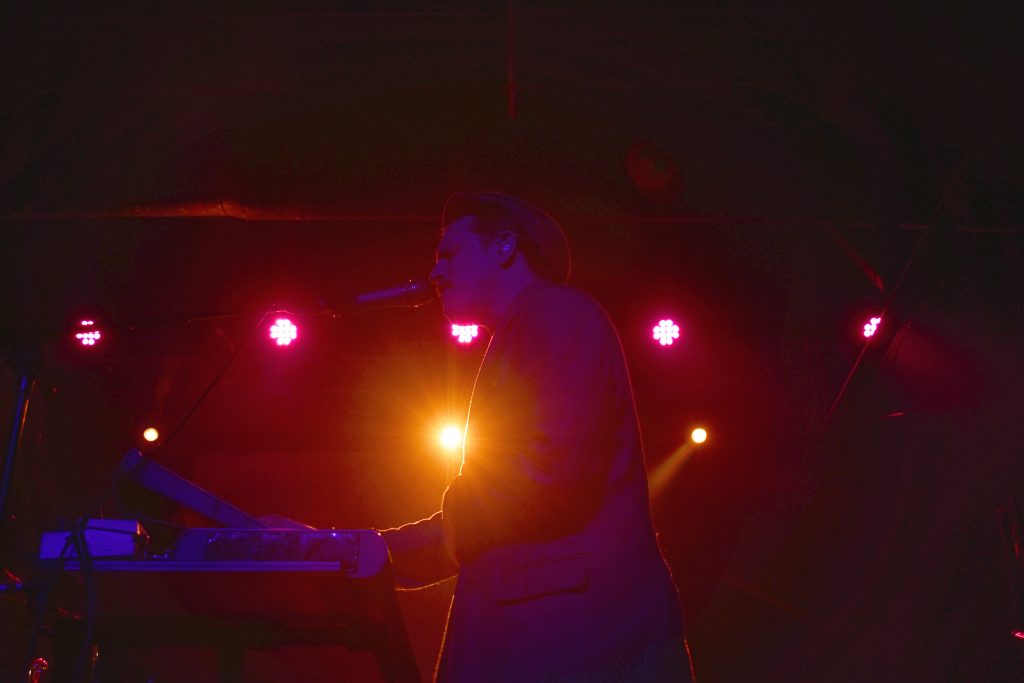 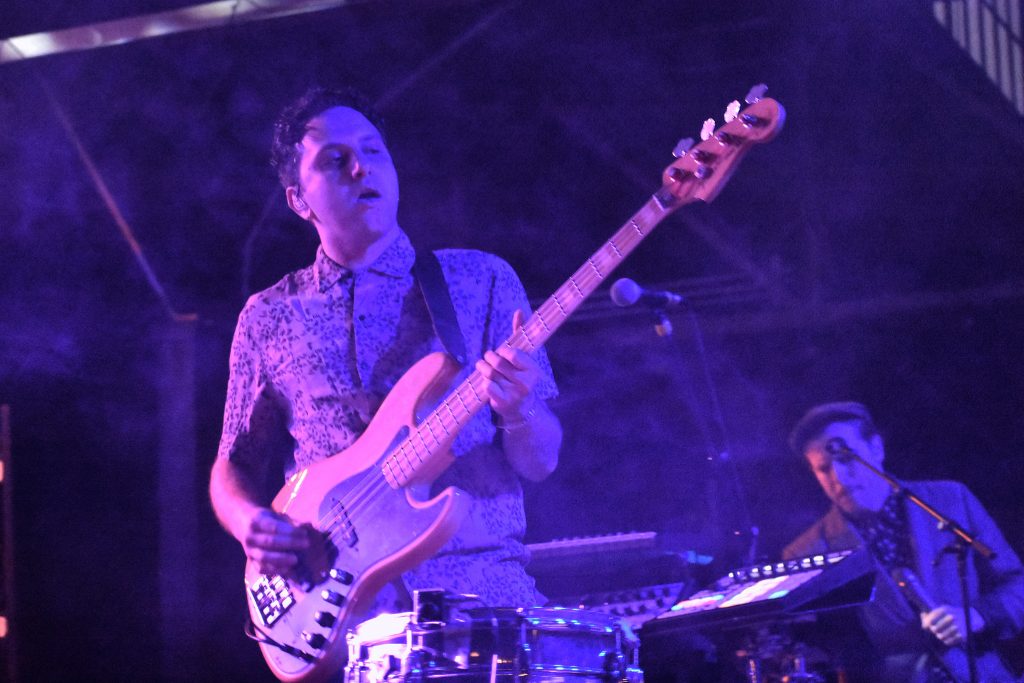