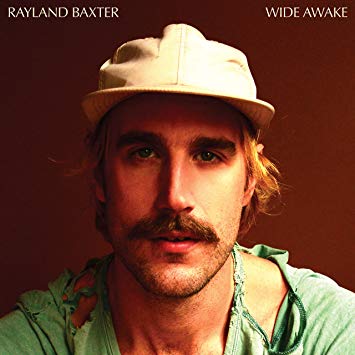 Rayland Baxter is an artist whose music falls under the “alternative country” genre, but his unique sound can’t be put in a box. Stylized “rayLand,” the singer and his mustache are about as funky and fun as his music… and for long-time fans, new album Wide Awake is even more abstract, even more incredible, and even more of a masterpiece than anything he’s released before.

For fans of “The Mtn Song,” “Olivia,” and all the other oldies-but-goodies, you’re seriously in for a treat! He manages to stay true to the artist we all know and love, while also bringing something fresh to the table. Just know, the sense of wanderlust and heartfelt nostalgia, the feeling of being stuck in the daze of a daydream, the overflow of raw emotion that tends to accompany many of his songs–it’s as strong as ever. Favorites on this new record include “Strange American Dream,” “Angeline,” and “Everything to Me,” each sweet reminders of rayLand’s original sound and the ways it’s evolved over the years, while still reminding listeners that he’s the same voice fans fell in love with long ago. Perfectly harmonious and beautifully melodic, there is so much goodness to look forward to.

Be sure to check out Wide Awake, set for release on July 13th via ATO Records. It’s too good and surely will not disappoint. If you’re a Nashville native, catch his release show on July 19th at the Basement East, and if you’re not from around here, tour dates are linked below. Can’t wait to hear what you guys think.

[This review was handcrafted by Eo8’s own Maggie Kimbro]