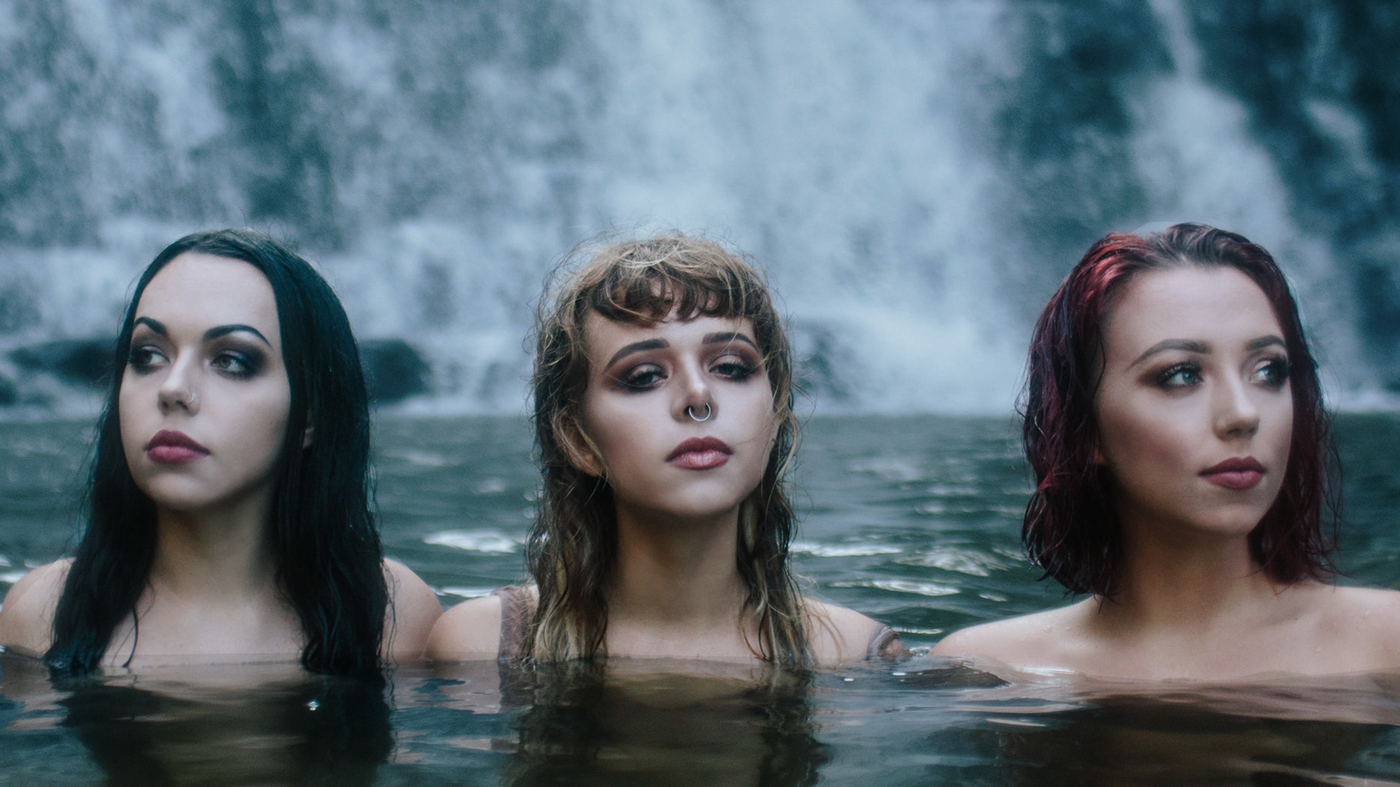 As I tiptoe into Nashville’s High Watt during VON GREY’s soundcheck, I expect to hear some delicious synth-infused pop emanating from the intimate stage. I was met with the sounds of fiddle and a harmonious rendition of Dolly Parton classic “Jolene”— I was completely captivated. I soon learned that any attempt to put this band in a box is an exercise in futility.

Formed by Annika, Fiona, and Kathryn von Grey during their formative years in Atlanta, the trio began their classical music education as small children. “Our parents wanted us to be good at math and classical music and math have a relationship,” explains Annika. “It became part of our identity pretty much immediately. We were homeschooled, and we all lived in the same house, so it made sense to try to do it together,” she laughs. “When we decided to start writing music and put less focus on the classical side of things it made sense to do it with each other.”

With life’s inevitable transitions, two of the von Greys relocated to New York City–but it hasn’t slowed them down. “It’s been really healthy for us,” Annika relays. “We were lucky that we had so much free time at our fingertips before—we’ve been doing music for so long, it’s all we’ve been doing since we finished high school many years ago, but it’s actually nice to not have as much time now,” she reveals. “So, the time we do have, we use it wisely. We’re so hungry to get together and play music. We can’t take it for granted anymore.”

“I think that moving and being uncomfortable has given us a lot of content,” she continues about stretching their adulting muscles.  “There’s a lot of emotional angst happening, and it’s nice to have something to write about that’s really immediate,” she adds with a laugh. “We juggle genre a little because we have acoustic roots. On tour, we have the chance to manipulate our sound and be kind of bass-y with the Moog synth onstage but still have that acoustic backbone. It’s an experimental process, figuring out how we want to come across live. Our sound changes just a little bit to accommodate what we have to work with. New York has made us adaptable because we have to be.”

Those acoustic roots come through beautifully on their new EP In Bloom, set for release on Friday, July 20th. The album features new songs as well as some reimagined versions of previously released tunes. “We’re so emotionally attached to all the songs we write, we’re very devoted to what we’ve created,” Annika explains of their creative direction for In Bloom. “We did this one on our own—engineering and producing it. Kathryn did a lot of it in her bedroom in Atlanta. We did it in our New York kitchen. It’s been so insular, it’s been a very vulnerable process to do everything yourself. We wanted to go back and do some older songs because it’s such an emotionally intimate process, we wanted to reconnect with the songs that we thought still had a little bit of life left in them. The newer things are there because we always have feelings,” she laughs.

And much like the surprise experienced at sound check, In Bloom has smile-inducing surprises around every musical corner—with its string-driven movement, blood harmony, and the occasional nod at their previous pop endeavors, the only sure-fire category here is “amazing.”

“Our original material, which makes up a lot of our set, doesn’t have a heritage of being country or being singer-songwriter. It’s kind of a ‘No Man’s Land’ because it’s new for a lot of people,” Annika says. “We definitely have evolved every time we’ve released music. It’s been very different—related obviously, but still a very big evolution. This release is so close to our original musical roots that it’s less of a departure because it’s kind of still hovering around the origin in a way that’s probably closer than we’ve done recently. It’s been kind of sneaking through subtly for years and now we’re finally embracing it again,” she adds. “It’s empowering.”