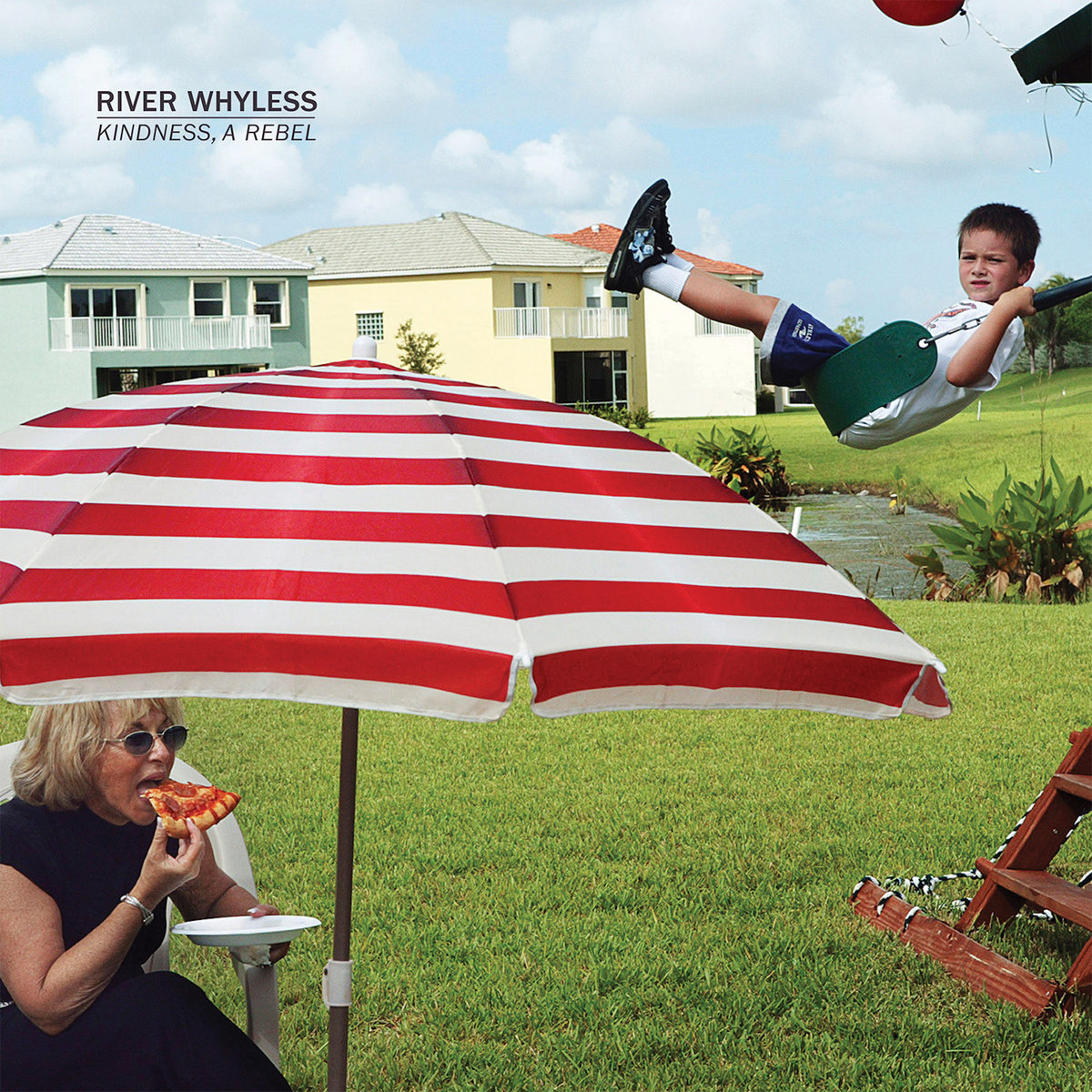 With a studious mix of Appalachian chamber pop and lyrical sleight of hand, Asheville group River Whyless has created something special but familiar in their latest release Kindness, A Rebel.
While referencing their musical predecessors (see Fleet Foxes and Crosby, Stills, Nash & Young), they tread familiar ground and explore interesting territory while never losing a sense of self. With multiple members taking a turn at the pen and page, the songs jump off of the paper into a wonderfully orchestrated soundscape with rich vocals, strong musical performances, and a ballsy attitude that is near often missed in the lush swirling subgenre from which they hail.
Key tracks for this record, which are egregiously difficult to choose, convey a sense of wonder without leaving the listener in the dark corner of the art gallery at which these pieces are on display. “All of My Friends” bears a friendly, slow-burning vibe that sets the tone for the record without limiting it, nor pulling out too many tricks from their seemingly seamless bag of riffs, licks, progressions, harmonic structures, styles, lyrical quips and metaphor. This track cites the magnificent blend of voices and musicality you hear throughout the album without wearing you out at the jump.
“Born in the Right Country” is style-FEST and makes a difficult and narrowing concept–sociology and politics–not only accessible but palatable, delivering no unwarranted jabs and directed at no undeserving a target. It banks itself less on anger or incredulity and more on the idea that we are all the same, mistakes and shortcomings in tow, and should be working together at all costs for commonalities, despite king and country or conundrum.
In “Van Dyke Brown,” the band sheds an air of musical seriousness by adding in a playful “indie samba” but sacrifices no poignancy lyrically. The Givers-esque vibe wrestles with a pensive and internal “tug-of-war” set to twinkly guitar; pop-perfected vocals arrive just in time to make it a summer hit and should land this tune on any “Best of 2018” list come December.
“Another Shitty Party” may be the class favorite. Despite a shorter run time, the full depth and dimension of the band is in full swing, featuring guitar-made sound sculpting that would make Spoon raise their eyebrows and a chilling performance by Halli Anderson, whose strong yet vulnerable voice navigates familiar feelings in a standard scenario. It all combines to make the listener feel at home during a tailor-made out of body experience.
With this album experience–whether pop, prog, folk, rock, or ambient, or a reverent bow to the great vocal groups, or a healthy dash of thoughtful modernity–when the dust settles, River Whyless has created a 2018 standout for music lovers everywhere.
[Click HERE to purchase Kindness, A Rebel, out June 8th via Roll Call Records.]

[This review was handcrafted by Eo8’s own Steven Laney.]