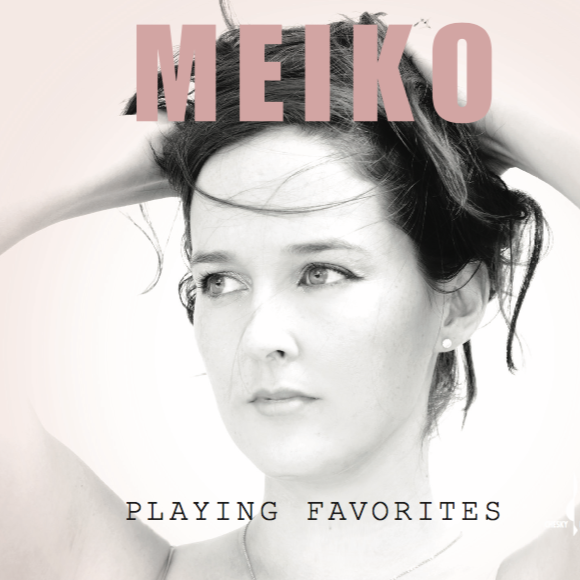 Two years ago, when we last spoke with singer/songwriter Meiko, she had just moved to Nashville from Los Angeles, was about to release her appropriately-titled record Moving Day, and was about to have a baby. Now, the adventurous Georgia-born songcrafter has relocated to, wait for it, Hamburg, Germany.

“My husband’s British, and he’s also half German. We went there this past summer just to visit some family, and fell in love with the city,” she explains of her move. “I’m always going to come back to the states to visit family, play some shows, and do some recording and stuff once a year. I think I’ll still stay on track as far as I recording and touring. I’d love to get something going on there, start from the ground up and go play open mic nights,” she reveals. “I’ve done it before and I’m excited to do it again, to play for people who have no idea who I am. I started in L.A. at the Hotel Cafe and I’m looking for that kind of vibe somewhere in Hamburg. I’m currently working on new music. I had writer’s block for a while, probably from raising a baby and being sleep-deprived,” she levels. “Now, all of a sudden, I’m just coming out of this cloud and I can’t stop writing.”

Meiko is also celebrating the release of her latest album, Playing Favorites, a collection of 90s classics. “I was working with this record label called Chesky, and they use this really specific way of recording called binaural recording. It’s super high definition, and so when someone listens with headphones, it seems like the artist is there singing to them,” she recalls. “I was blown away by the sound quality. I wanted to do a record with them and I really didn’t have enough songs to do a new a record of my own stuff. I was thinking it would be really cool to do a cover album and I’ve always wanted to do one of the songs I loved in high school,” she continues. “These are the songs that kind of made me made me who I am as an artist. I wanted to show people those songs, or my take on them. It’s just something that I wanted to do for fun. I wasn’t really expecting a Grammy or anything like that, but I’m glad that people find it fun to listen to. It was a good time,” she adds. “It’s nice that people are enjoying it.”

As with any covers album, it can be a risk to take iconic songs that are deeply embedded in the collective consciousness of so many music fans and reimagine them, but it’s no surprise that Meiko does so brilliantly. “What makes me angry as a fan when people do covers is when they try to do it the same way and use the same instruments and it’s almost like they’re singing karaoke,” she explains. “I knew that if I did any cover songs that I wanted to put my spin on it and make them different.”

The album features songs like “Zombie,” a Cranberries staple, and one of the first songs Meiko learned on guitar, and a surprise or two, like Rick James’ hit “Superfreak.” “I always loved that song as a kid and it was just fun to me. When I got older, I printed out the lyrics and I looked at them and I was like, ‘Oh my God, this song is so gross.’ And then I decided to cover it,” she laughs. “It was so funny to me to just say some of those things as a singer-songwriter girl with a guitar, and I’ve never used the word ‘toenails’ in a song before.”

Listening to Meiko recount the memories associated with her song selection is just as fun as listening to the album, which admittedly, for this 90s kid, is a deeply satisfying experience. “’Stand By Me’ was the song that was going to be the first dance at my wedding, but I changed it last minute and I had major first dance regrets,” she explains. “The night of my wedding, I was so sad that we didn’t, I played it on my phone and my husband and I went back to the stage in the middle of the night and danced to it. I love I love that song so much. Otis Redding grew up not far from me, and I grew up with his song ‘Dock Of The Bay.’ And, my son’s name is Otis,” she says. “I thought it would be something cool to represent my hometown. That Duran Duran song was one of the first music videos I ever saw because we only had three channels growing up,” she says of her choice to include “Come Undone” on Playing Favorites. “In the middle of the night on Friday nights, there was a countdown music video show that would come on and that’s when I first learned about Bjork and Duran Duran and Nirvana, it was so good.”

“I first heard ‘Fade Into You’ when I was at 4-H Camp, and we had a dance. I was outside with my 4-H Camp boyfriend and I heard it from afar,” she recalls of the swoon-worthy Mazzy Star tune. “I ran into the barn that the dance was in, up to the camp counselor DJ and I was like, ‘Who is this?’ She told it me it was Mazzy Star’s new record and she gave me the CD to listen to. And so I took it back to my dorm and listened to it on my Discman,” she laughs. “Every time I hear it, it takes me right back to that moment. I love that music allows you to time travel.”