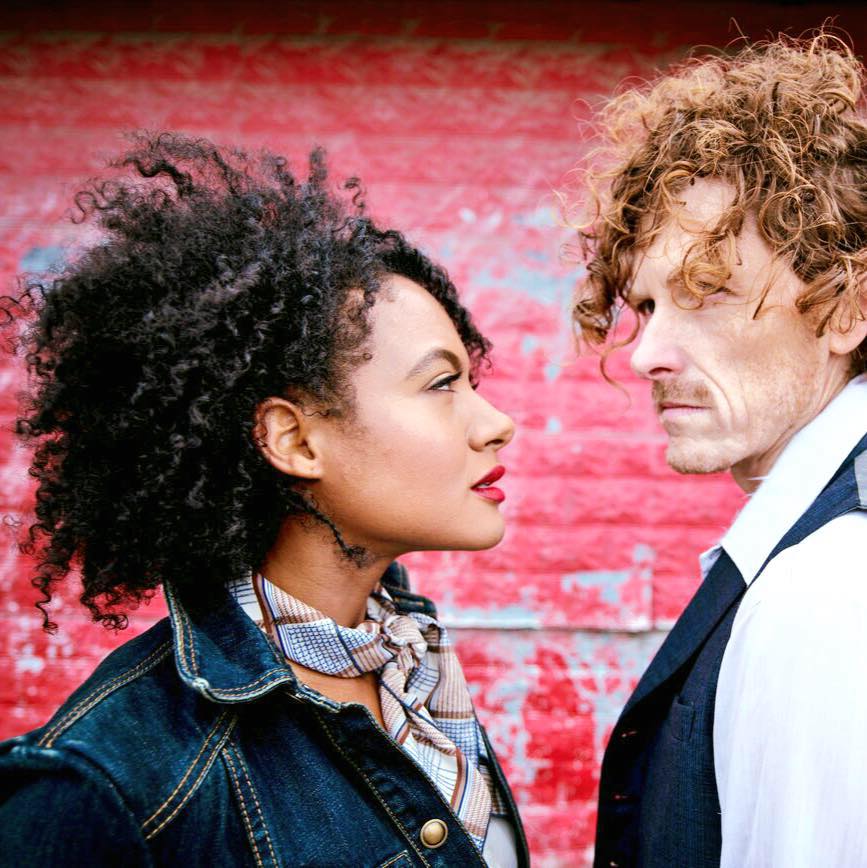 Husband-wife duo  JT Nero and Allison Russell, otherwise known as Birds of Chicago, relocated to the Music City not too long ago and will perform their first proper gig in their new hometown at free summer concert series Musicians Corner on June 15th. The pair met in 2006, and there were fireworks between them from the very beginning.

“I think we sang together for the first time at Folk Alliance in 2006. It was a slightly tipsy hang, but I remember we sang together and definitely kind of a bell went off everywhere to do that again really soon,” he laughs. “I was making more and more excuses to do things together, but we didn’t clear out space and time to really make it happen until the end of 2012. Then, we formed a band, bought a van, got pregnant, and got married,” he recounts. “It was all good stuff; I think the order was correct too. If you can survive a few tours together, I can’t think of a better litmus test for a healthy marriage.”

Their music has been described as “specular gospel,” accurate, since their work brims with soul, touches on something deep within, and connects the listener to the ether in an almost indescribable way. “I think it does sort of get at a part of what we’re about,” Nero says of the description. “I was talking with Greg Kot at the Chicago Tribune and we were laughing about it because I was like, ‘I think that maybe it’s like the least sexy phrase ever to describe a rock n’ roll band,” he laughs. “We’re not gonna rope those kids in with ‘Come listen to some secular gospel.’ But I totally get the thrust of it, and they’re right. The other funny thing about that is ‘secular gospel’ is the phrase that used to describe rock n’ roll,” he continues. “I’m a big Sam Cooke fan and I have this great compilation–he was such an interesting dude. He was ahead of his time. For a while there, he and his quartet of gospel guys would crank out 20 songs in a day–they would do a gospel version and a rock n’ roll version, and literally the only difference is they would swap in the word ‘baby’ for the word ‘Jesus’ and the rest was exactly the same.

So much of what rock n’ roll is about trying to have an earthbound version of that fervor and that real connection,” he adds. “And this is our church. There’s no doubt about it. There’s a reason why we keep doing it every single day. It’s our life raft, it’s our armor. It’s our lens that we have to like that we can process everything around us. Joking aside, we definitely don’t take it lightly. That phrase has a lot of merit because so much of the music that informs what we do is rooted in gospel and that deep connection–even if it’s earthbound, it’s still a spiritual yearning at the heart of it.”

In May, the band released their new record Love In Wartime in May, the concept of which evokes the historical, as well as the present.“While times feel particularly treacherous and full of turmoil to a lot of us right now, I think we’re always mindful that times have always been troubled for most populations in this world and that we still have it a lot easier than most,” Nero opines. “Music has always been a possible avenue to access joy in the darkest of times. The real trip with music is that it’s not necessarily accessing joy despite the treacherous times, it’s literally taking those darkest moments, those bleakest parts of existence, and putting them in a pressure cooker of music, and you’re able to deal with those things in a way that is borderline joyful,” he says. “That’s always going to be a fascinating thing to me. Every song on this record is a love song which highlights these everyday covenants between people, where love is like a basic recognition of humanity. I think that this most recent shakeup in our culture has reinforced in a good way that any act of love is the purest form of bravery,” he reveals. “You’re never more vulnerable than when you’re loving and I think right now we are a little more painfully aware of that. We were feeling this cloud of dread that everybody was feeling and we wanted to make this joyful of a document of being alive on this earth right now as we possibly could.”