Astounded.  That was the feeling when I left MUTEMATH’s recent show in Portland, Oregon. It has been a long time since I was truly surprised at the visual artistry of a performance, but these gentleman delivered nothing less than a stunner. I arrived at the Crystal Ballroom late, rushing through the traffic and the rain and hoping not to miss anything.  I arrived breathless, running up the steps into a packed hall –actually, I don’t think I caught by breath until it was all over.

Toronto-based alt-pop outfit Romes and Nashville’s beloved indie rockers Colony House were the perfect openers for the alt-rock powerhouse; they both had the energy and stage presence to get Crystal’s signature moving floor vibrating from the start. When the stage was turned over to prepare for MUTEMATH, however, the atmosphere was transformed. The stage, instruments, and backdrop turned all white, a blank canvas waiting patiently for splash of color. The only color on stage was lead vocalist Paul Meany’s red keytar, standing like a flame poised to ignite a fire. The quiet entrance of the band members turned quickly into sound and fury with new album single “War, and the dizzying change of lights pulled us in to the stage with our jaws touching the ground; the only word I could utter at that point was a simple “Wow.”

It can be hard to describe the stage presence of a group at times, especially when it’s as dynamic as these men were. Meany’s physicality and frenetic movement on stage juxtaposed with his powerfully calm bandmates was an artistic expression in itself. Meany was a man in love with his job and his crowd–a huge smile constantly present on his face, the joy of performing apparent.  They got the crowd singing along with old favorites like “Changes” and “Noticed,” and we were treated to undulating blue waves and psychedelic lights through songs from their new release Play Dead.  “Stroll On” felt like a walk through some trippy woods, where “Break the Fever” was the best of electro-synth pop that left us floating on a cloud.  We were even treated to a cover of Beck’s “Devil’s Haircut” which fit right in to MUTEMATH’s eclectic style.  The evening was such a treat for the eyes and the ears, witnessing the full experience is a must. Wow. 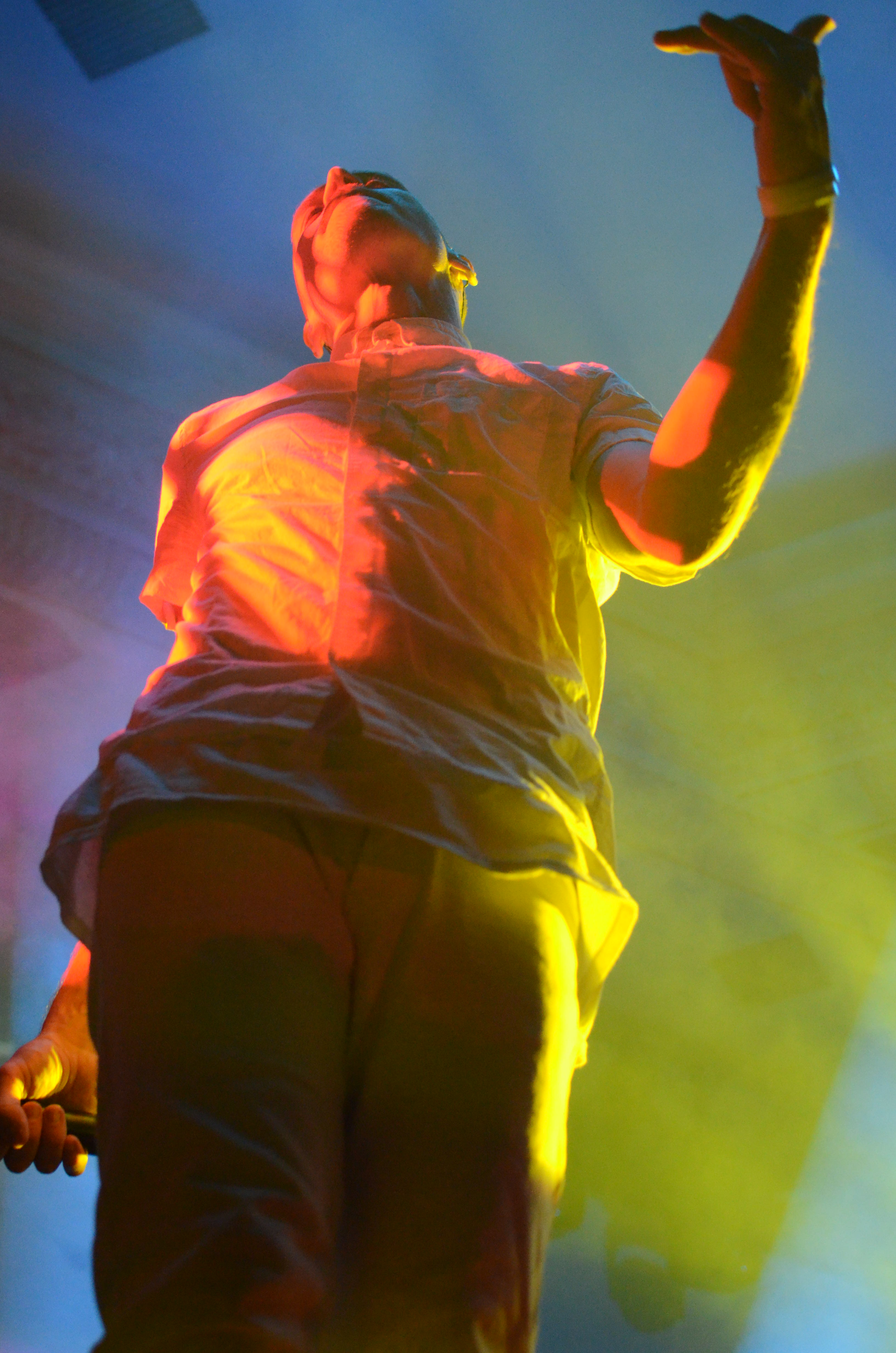 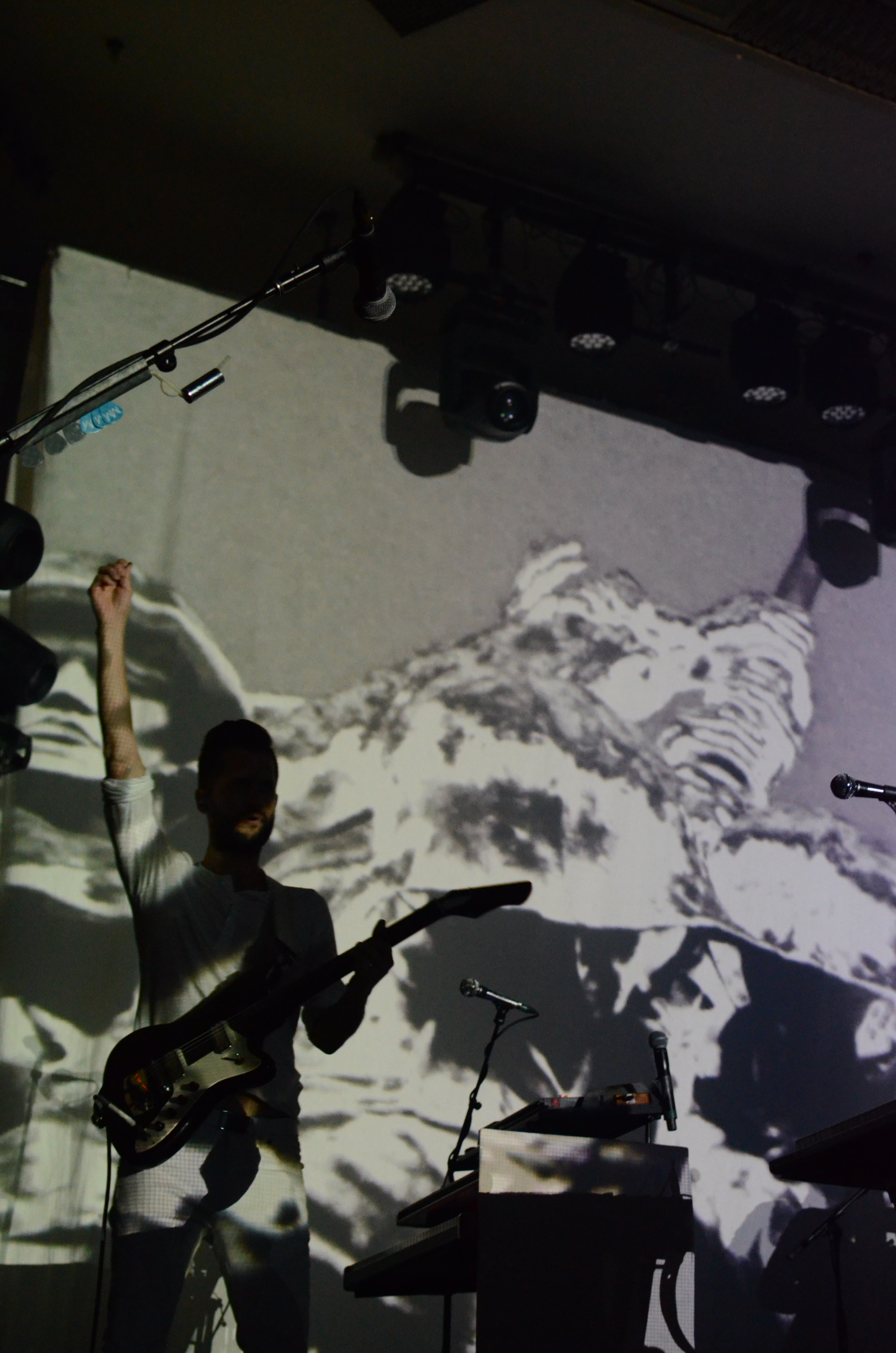 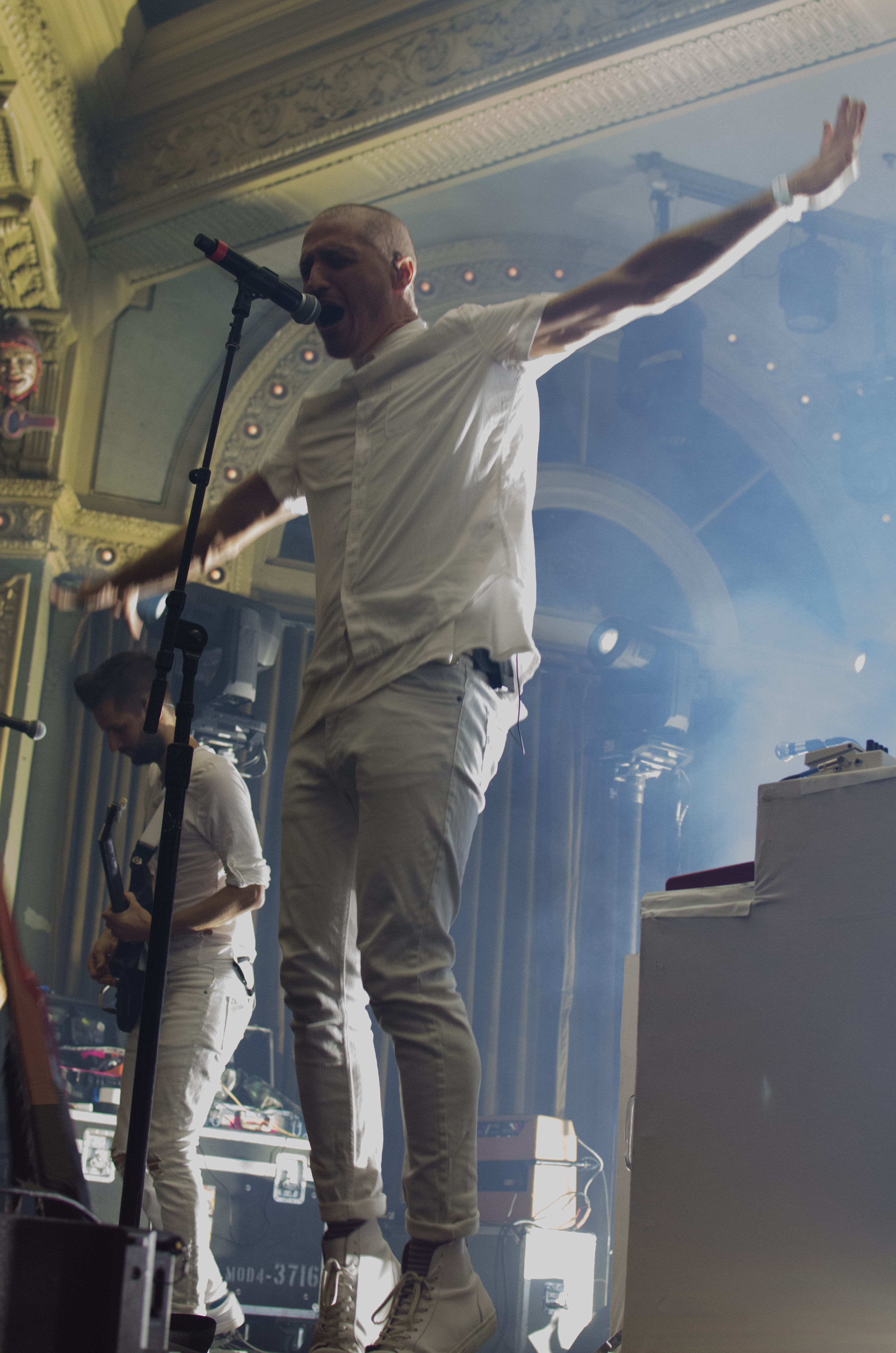 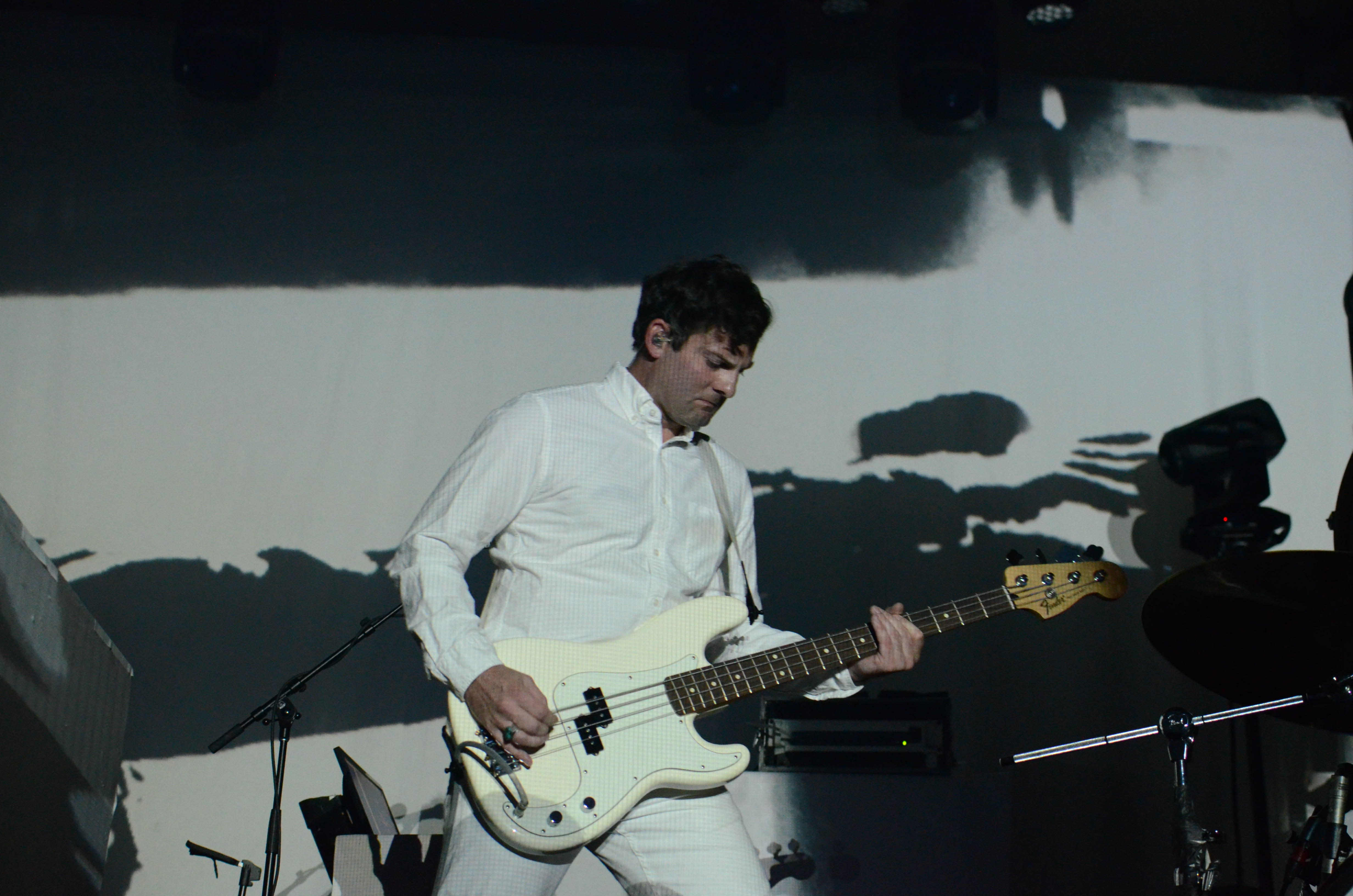 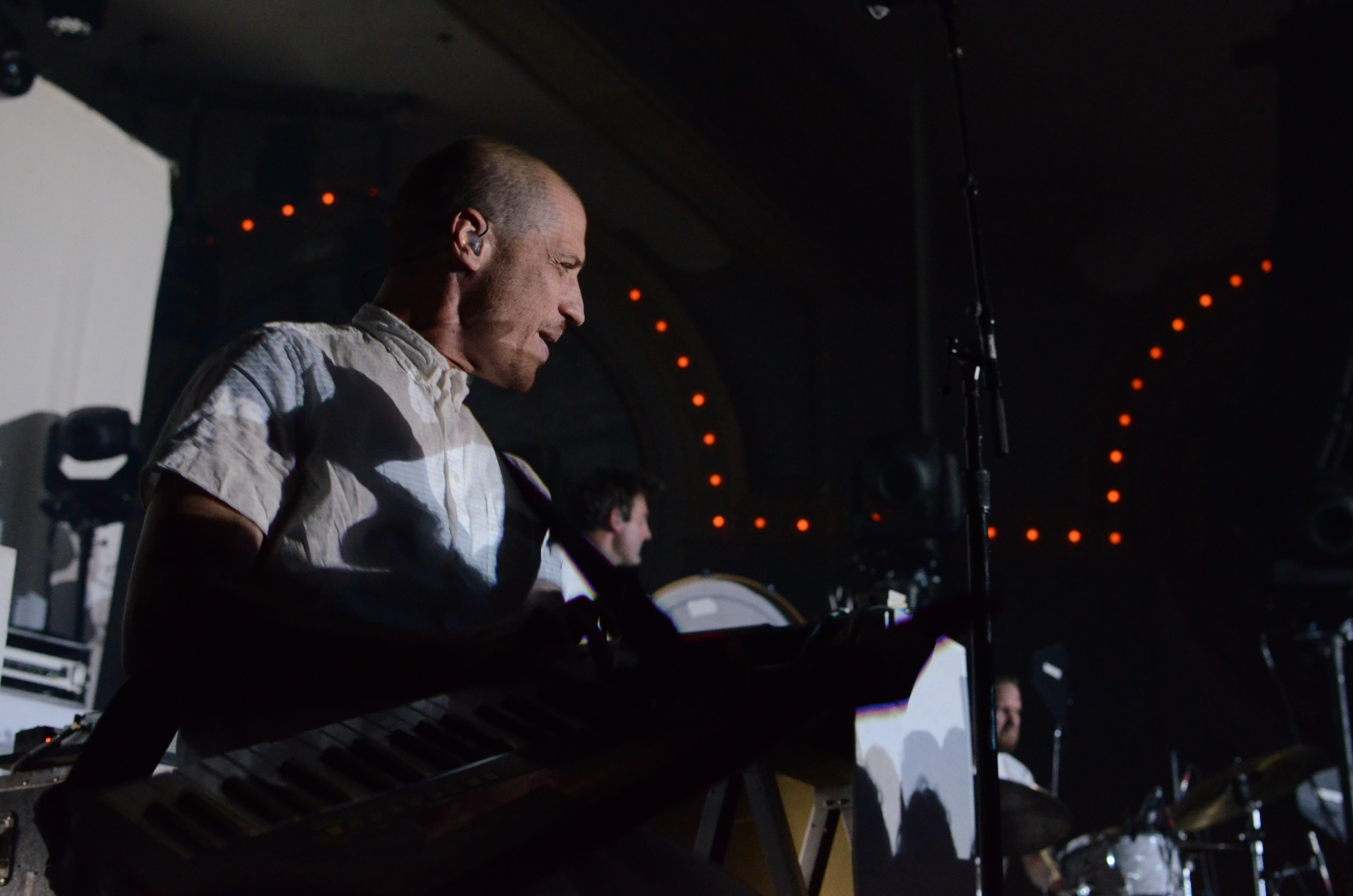 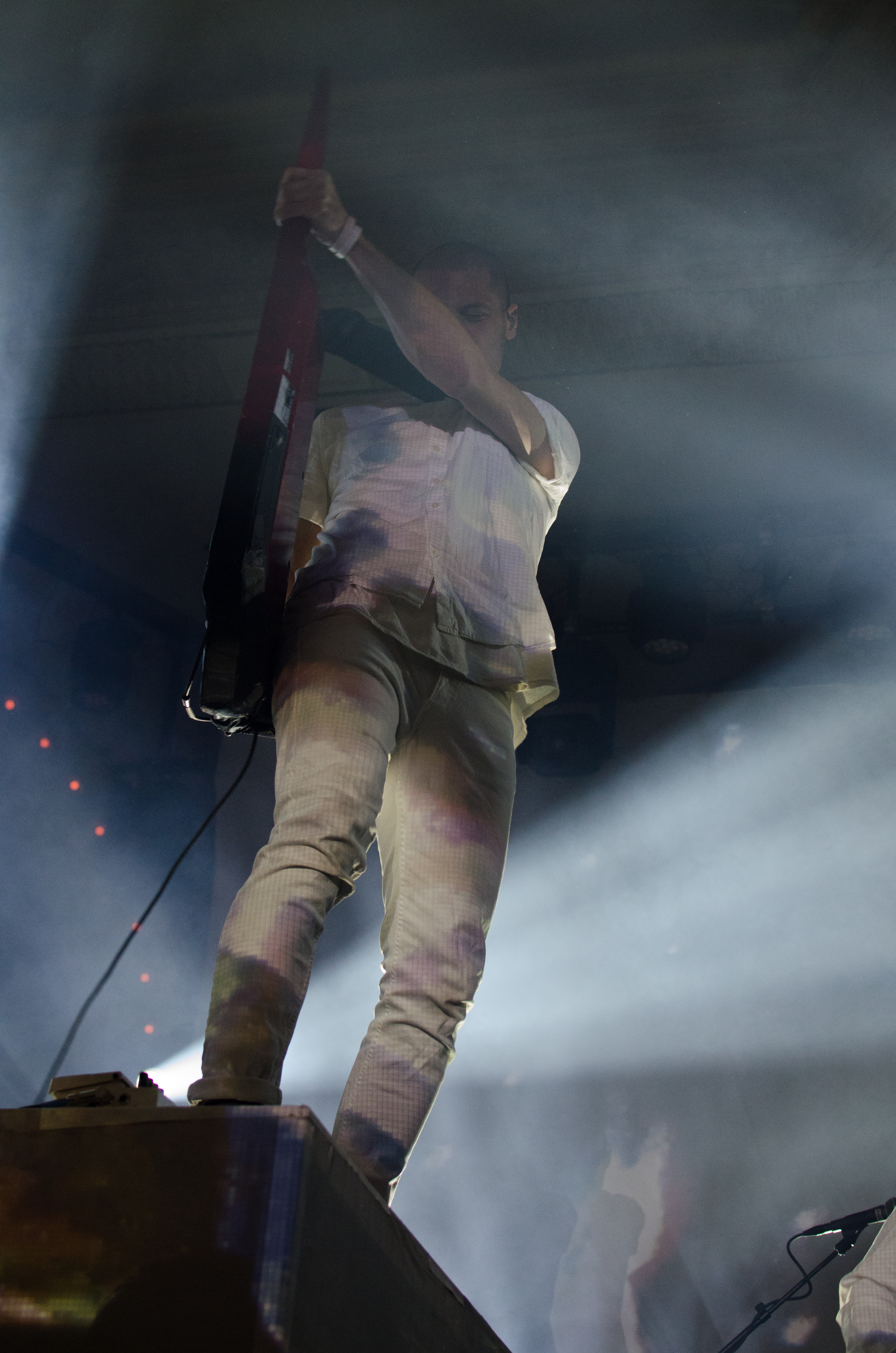 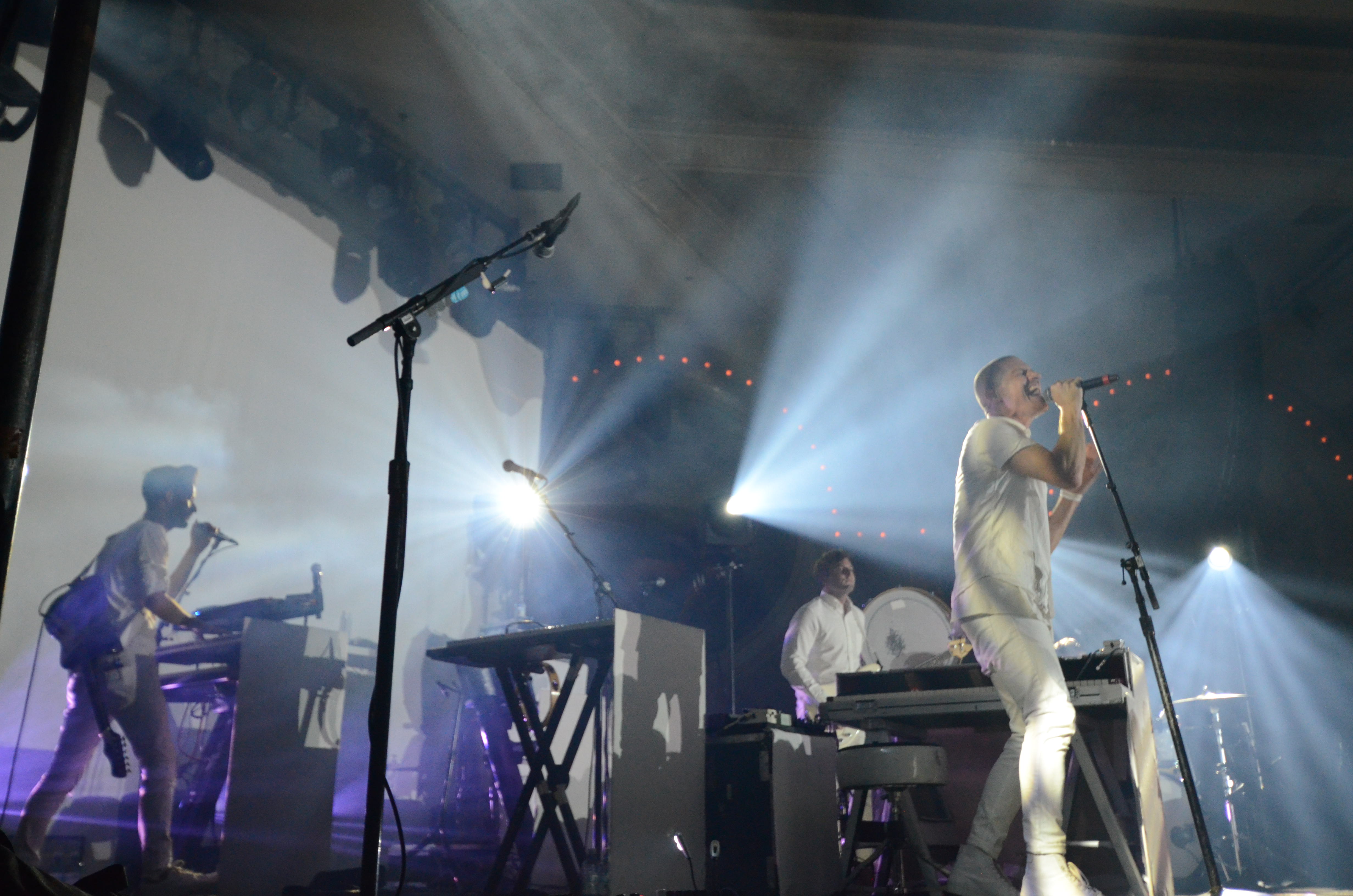 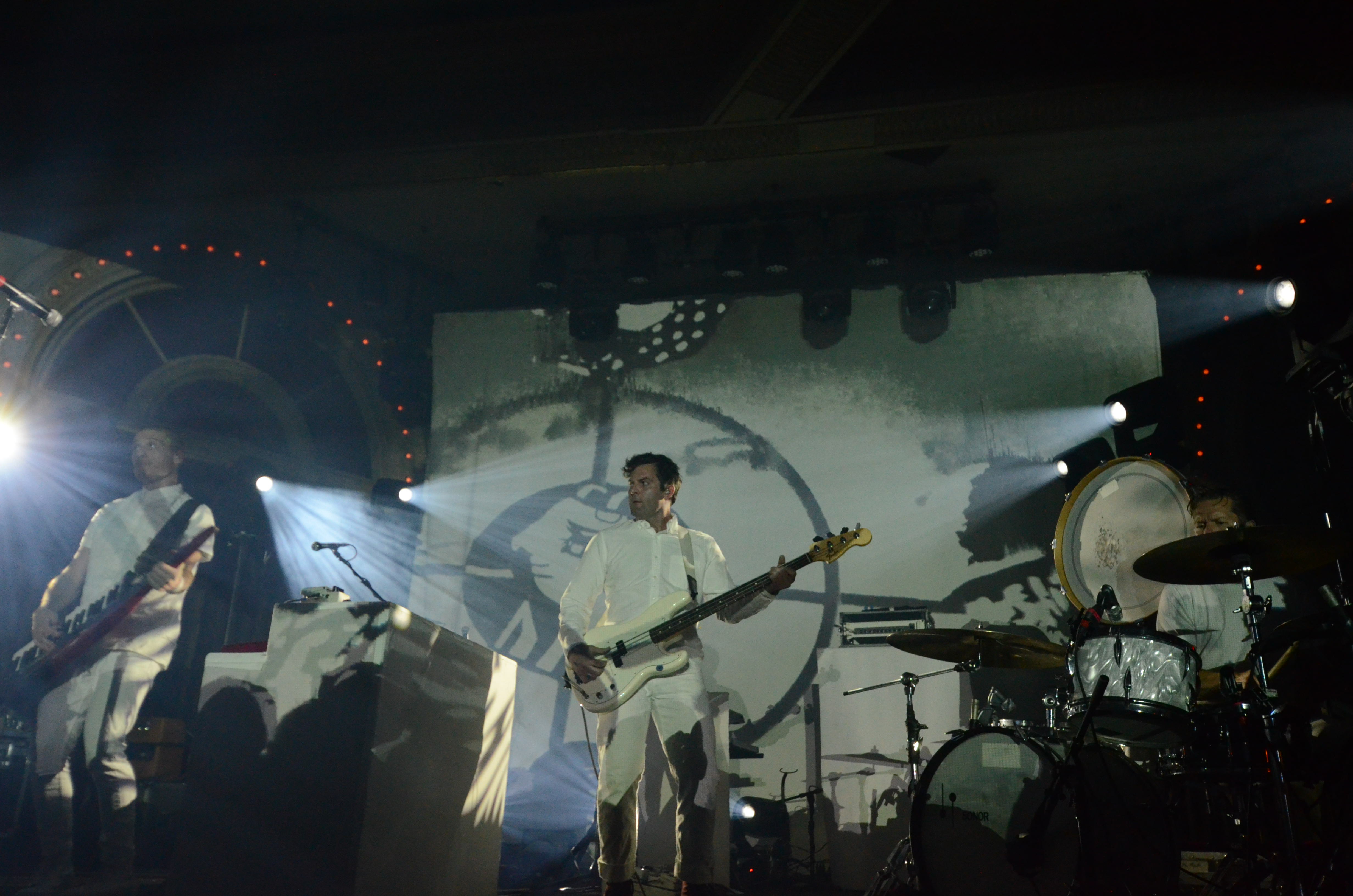 [This MUTEMATH coverage was provided by Eo8’s own Portland correspondent Sharon Zehender.]