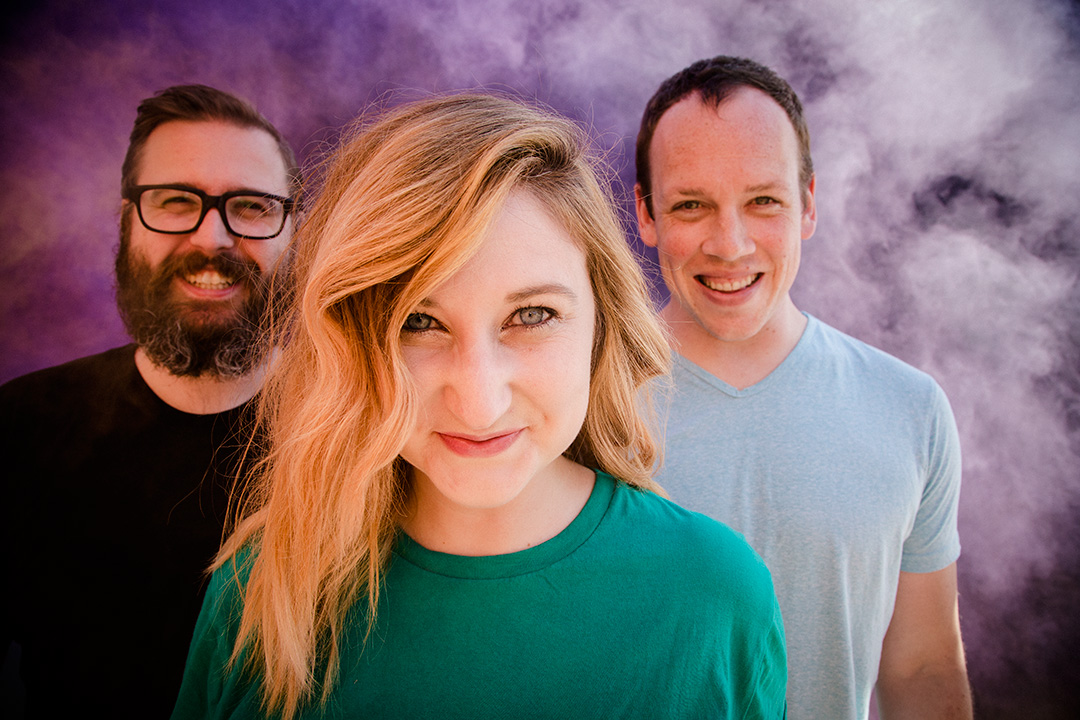 “It didn’t seem different at the time,” says Casey Hanner, vocalist for Pittsburgh-based alt-pop band Donora, who has music in her DNA. “When I was a kid, my dad was doing a lot of jingle work. He had a studio in the basement of our house, always working on music. People would come over and record, there were always musicians in and out of our house. I can’t imagine what that must’ve been like for our mom,” she laughs. “My bedroom was right above the studio. I can sleep through anything because there was always music playing underneath my room. My best friend’s dad was also a musician. It was normal, it was was dads did.”

As she got older, dad Hanner would let Casey set up shop in his studio—she could sit and listen, or sing, play, and record herself. “He would splice audio tape together with razorblades,” she recalls. “The only rule was that I wasn’t allowed to touch the razorblades,” she says with a laugh. “It was a very creative space.” Eventually, Casey’s father suggested that she and her brother Jake, who were both playing independently of each other, join forces to make music together. “My brother is five years older, and we weren’t super close, so it was a new relationship, working with my brother. We started writing together, it was cool. we’d never had anything like that to bond us growing up,” she recalls. “We’re very close now.”

In 2009, Casey and Jake, along with band member Jake Churton, released their self-titled debut, one which this writer considered a sugar-coated life-changer at the time. Now, the trio is preparing to release their fourth full-length record, Sun To Me, on October 27th via Rostrum Records, which has, in my world, already joined its predecessor in beloved-ness. From it’s shimmering opener, “Just You And Me My Dear,” that invites us to run away together, to the tropical vibe of “Celebrate” that champions expressions of love, to the sonic beach party of “Post Surf” towards the end of the adventure, Casey’s sunshine-y vocals accompanied by sticky riffs, bouncy beats, and injections of bright horns and quirky electronic tidbits could make the darkest day brighter. And really, in the midst of all of our world’s swirling chaos, who doesn’t need that right now?

“It’s about choosing love. When we were writing the album, there were a lot of terrible things happening in the world, there still are, but it was our way of dealing with that,” Casey explains. “Our songs are about living with passion, having things you believe in that you want to fight for.” Donora also considers Sun To Me their most honest work to date. “When you’re a band that’s first starting out, you’re always trying to figure out who you are and trying out different things,” she explains. “We’d play out at shows where it was loud and people were dancing. We progressed as the years went by. With this album, we weren’t concerned about whether the songs fit together, we just wanted to make every song the best it could. We made the decisions based on the songs, rather than what the album as a whole would sound like.” That fact is evident in the diversity of the song styles, but even then, it’s all wonderfully Donora. “I think there are a lot of things you can take away from it; choosing love is really important, and that’s what the album is about,” Casey continues. “We want it to be an escape; it’s important to be active, but you also need to give yourself the space you need when you’re upset or things are hard,” she adds. “Music can be that escape.”