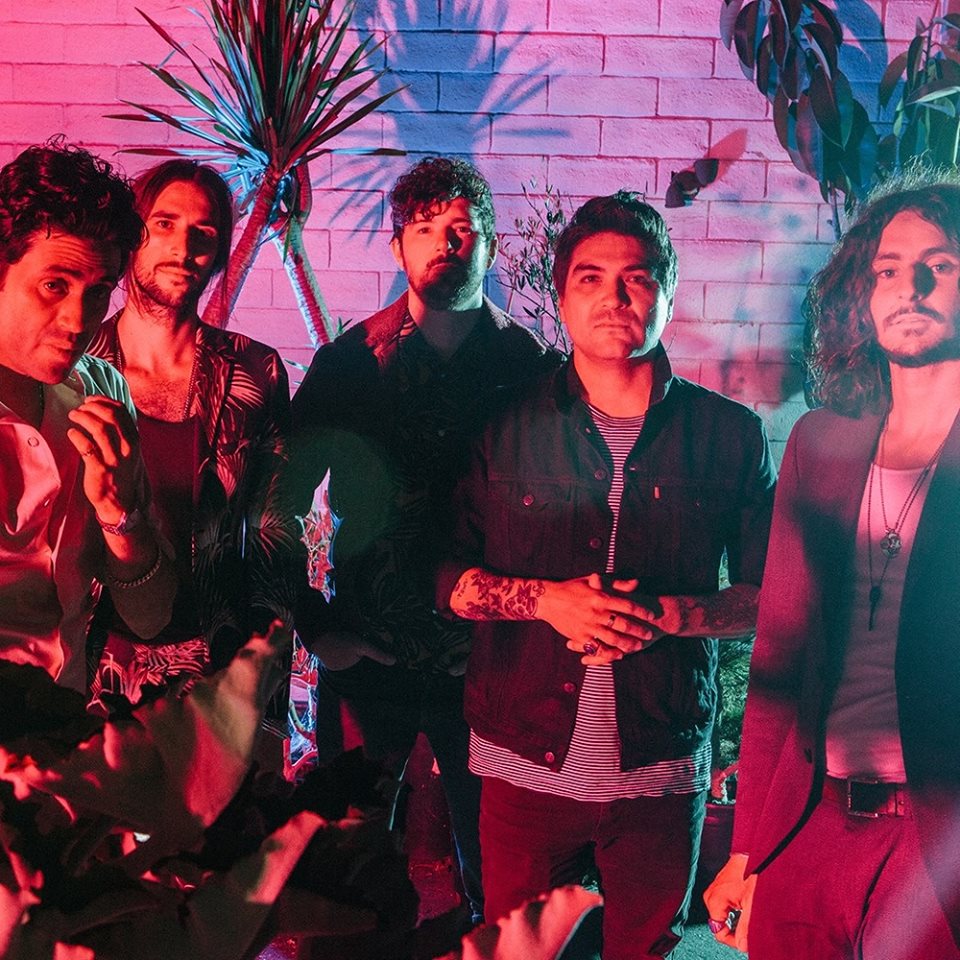 In the process of writing and recording their anticipated new album, The Soft White Sixties, makers of funky working-class soul, the band relocated from San Francisco to Los Angeles. “It made us uncomfortable; you get stuck in your own ways,” explains frontman Octavio Genera. “For us, our lives pointed that way, and we were all able to move here together, which was really special. We needed to shake ourselves up a little bit.”

The Soft White Sixties have been carefully crafting their forthcoming full-length album, a follow-up to 2014 debut scorcher Get Right., the gateway drug for our Soft White Sixties addiction. “We’re doing the album in English and Spanish, so it’s taken little longer, doing everything twice,” says Genera. “It was a challenge to translate some of the lyrics, because translating them literally doesn’t always come across the same. For example, our single ‘Brick By Brick’ says ‘I pledge allegiance to the stripes and stars,’ but the literal Spanish words don’t carry the symbolism, and it’s not a good translation,” he relays. “In Mexico, they might say ‘el otro lado,’ which means ‘the other side,’ which in that culture, means the United States. It’s not exactly the words on the page, it’s what you’re implying.”

Genera, who has Mexican heritage, reveals that “Brick By Brick” was written in the wake of the 2016 presidential election; “If you build a wall/we’re gonna tear it down/brick by brick,” he sings in the chorus of the song, which he says felt natural to reimagine in Spanish. He worked with Eli Thompson, the album’s producer, to flesh out exactly what he wanted to say. “I told him my grandparents were from Guadalajara; they brought the family here when my mom was nine or ten,” explains Genera. “It’s a story of how I came to be, basically. Without that, I wouldn’t be here. People don’t move places because they’re leaving a good situation, they don’t leave to be worse off, it’s to become better. It’s about tearing down any kind of division.”

The album, which will release in the new year, was recorded live, with the band all together in the same room. “We wanted to be able to see each other,” Genera explains. “We write together, we play together, and in the past, we’d get to the studio and be separated. You don’t realize how much you look at each other and play off each other until you can’t. It was the most natural feeling to any album we’d done,” he adds. “We wrote everything in the studio, which was also a first for us.”

Until the release, the band promises more singles, videos, and shows—and fingers crossed, they will grace a stage in the Music City soon. “Nashville has the ultimate combination of country and city together, I’ve never been anywhere like it,” Genera says. “We have a tour of the West Coast into Arizona with Dan Luke and The Raid supporting us at the end of October,  another tour in the spring, with short runs until then,” he continues.  “I’m so excited about this album as a whole. it’s been so cool, to make the jump from another city together, it’s brought us closer, and it makes the music sound tighter,” he adds. “It’s going to be good.”