If you’ve never heard of Glossary, you can be forgiven for it. The Murfreesboro, Tennessee-based band hasn’t played a show in quite a few years, but Glossary is probably a favorite band of several of your favorite Americana bands. John Moreland is a fan. Two Cow Garage. Austin Lucas. Lucero (with whom they even shared band member Todd Beene). And, almost nobody is just a moderate Glossary fan. Their undeniable energy and catchy, literate songs win over the stoic, and turn them into die-hards.

Frontman/primary songwriter Joey Kneiser and harmony singer Kelly Smith have both put out great solo albums in the last several years, and have continued to perform Glossary songs together as a duo. But I’ve been a Glossary fan for many years, nearly five of them spent down the road in Nashville, and I’ve had never had the chance to see the whole band live in all that time. So, when the band announced a show at Nashville’s Mercy Lounge to celebrate the 20th anniversary of their formation, I bought tickets immediately and got extremely excited. So did hundreds of other people. When the show rolled around this past Saturday, the 500-capacity venue was sold out. I talked to people who flew in from as far away as Seattle. Friends of mine had six or seven people crashing at their houses for the show.
And Glossary really brought it. They played like a group of people who’ve shared music and friendship for 20 years, friends who started playing when they were just kids and didn’t know enough to worry about the business, but were just in love with the way music made them feel. One of my favorite Glossary songs, “When We Were Wicked” goes: “Don’t you want to feel like we did before?/ When time it didn’t matter / Dancing on the porch to the rock ‘n’ roll/ Made you laugh, made you sing / Made you feel like you were someone” That’s how it seemed like the members of Glossary felt Saturday night, and that’s sure as hell how they made me feel. The audience sang every song. We danced. We saw friends we hadn’t seen in ages or had only ever meant online. The band played a full set, we demanded an encore, and they returned and played almost a full second set. They played lots of my favorites: “Save Your Money for the Weekend,” “Trouble Won’t Last Always,” “Shoulder to Cry On,” “The Flood.” They seemed happy to see all of us, and we were extremely happy to see them.
Kneiser said near the end of the show that he was proud to be in a band that played optimistic rock n’ roll songs. Normally when music is described as “positive” or “upbeat,” I roll my eyes. But Kneiser is a gifted writer with a knack for being optimistic in a way that feels real to those of us who don’t see rainbows and sunshine everywhere. His songs most often say things like, “Yeah. This life is really f’ing hard. But we’ll get through it together and it can be better.” I’m so grateful for the way Glossary has made my life better for years, even in dark moments, and so happy I finally got to see them live, with an audience of 500 people, all of us getting through it together. 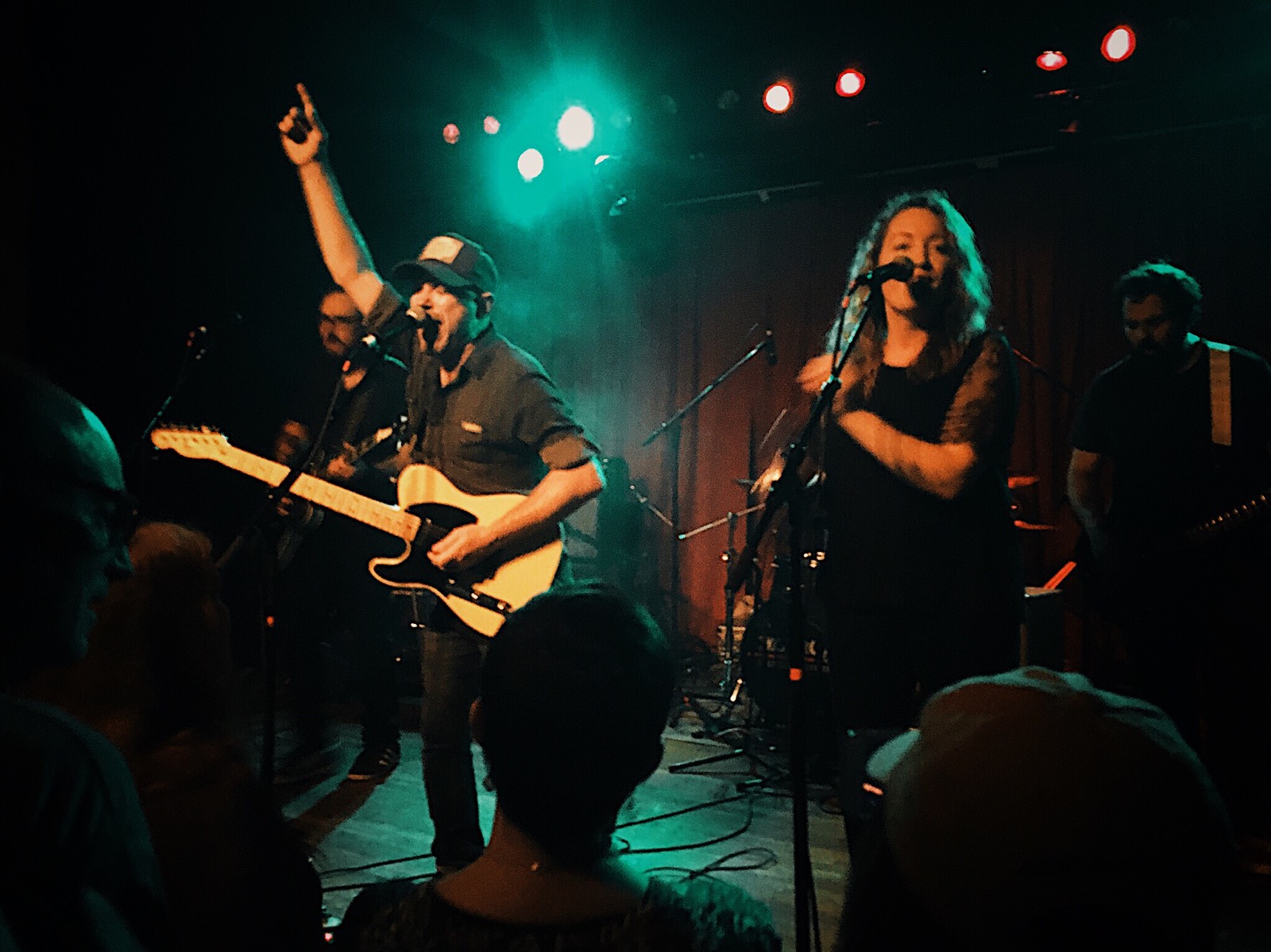 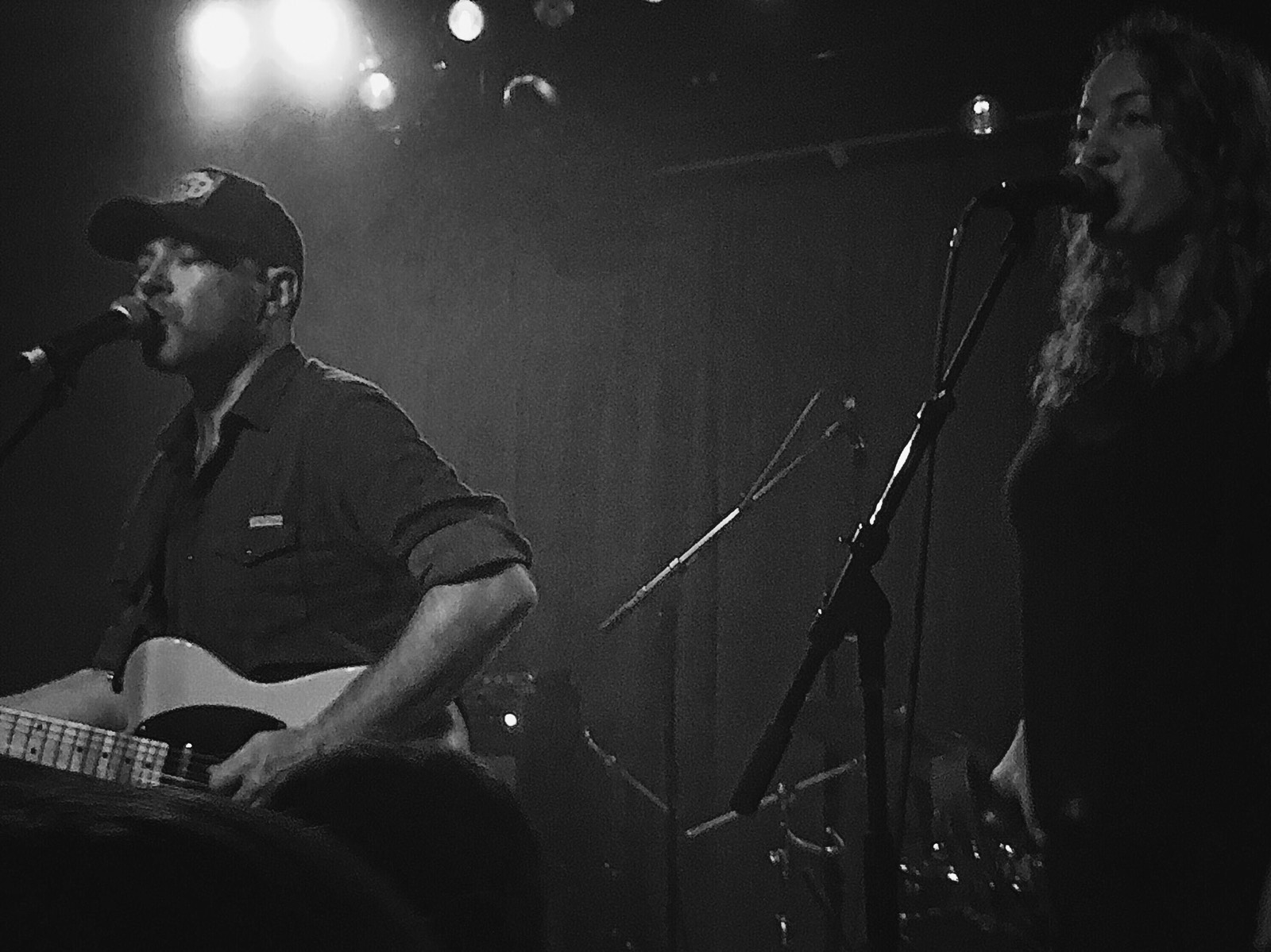 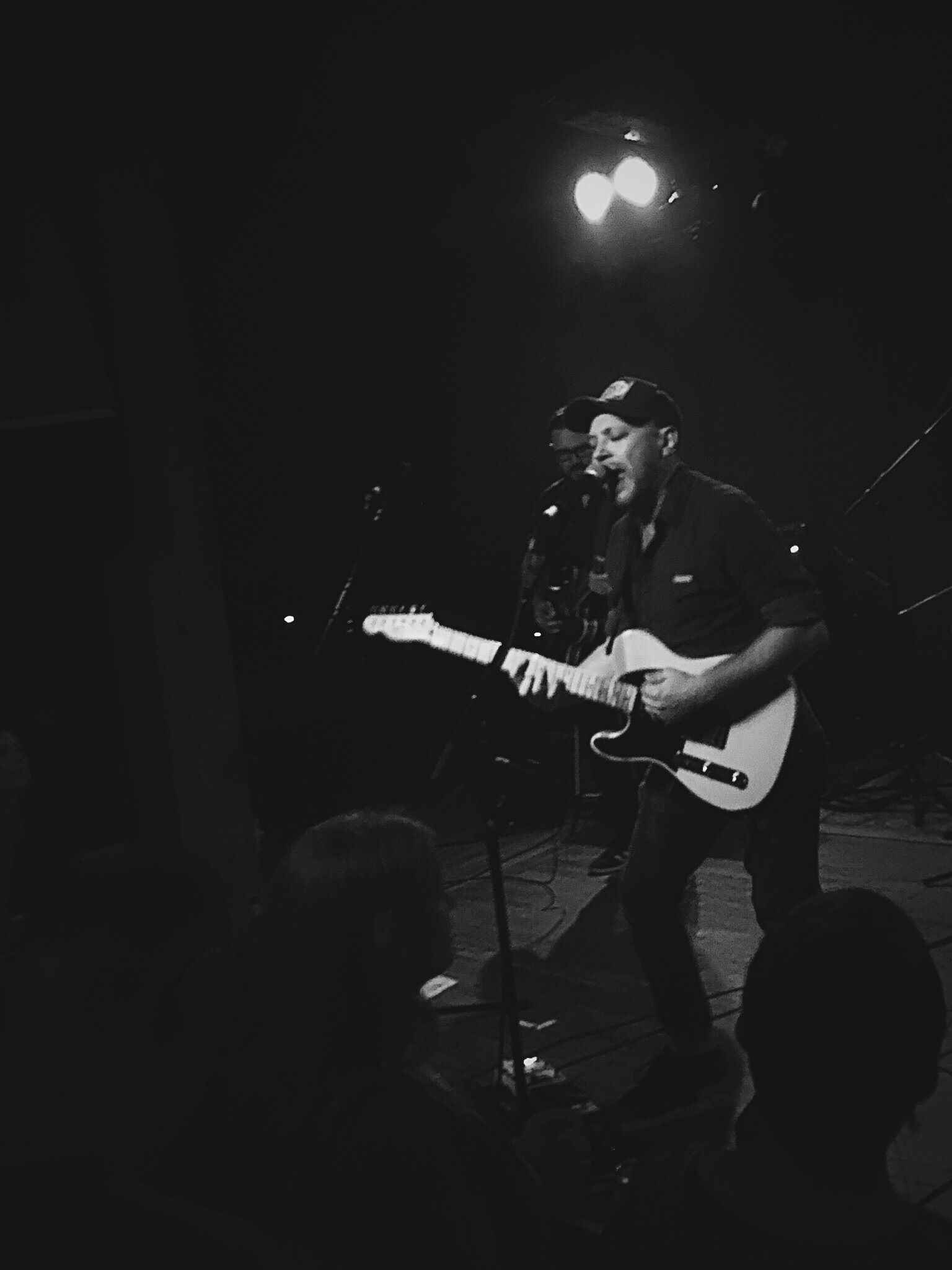 [This lovely review was crafted by Glossary superfan and fellow rocker, Becky Warren.]