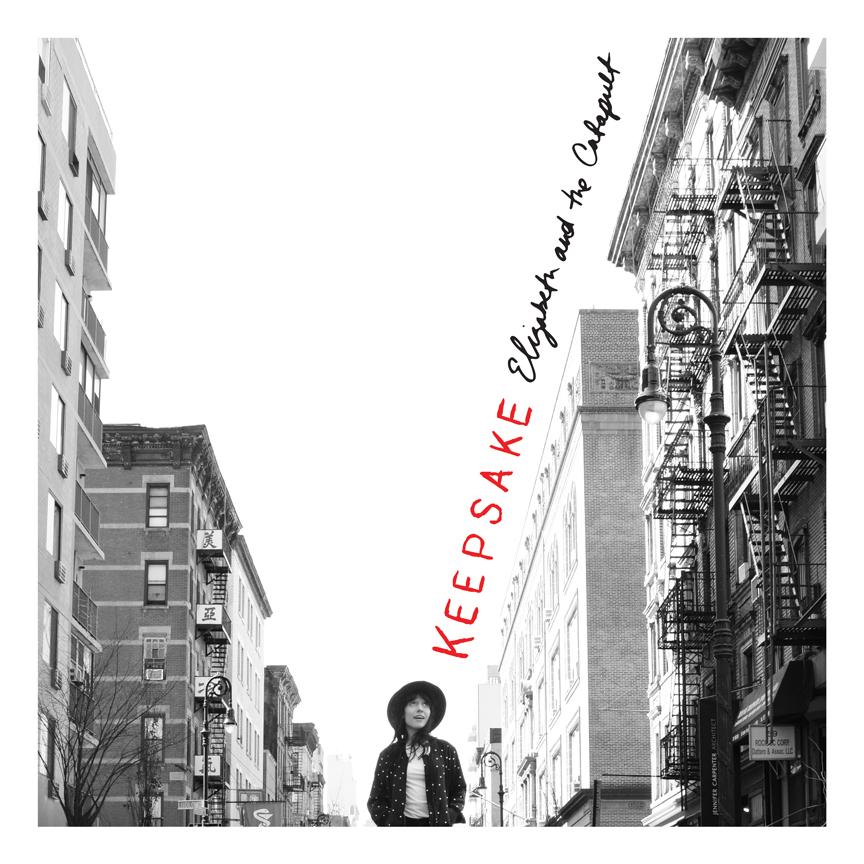 It often seems that our dreams know more about who we are than our conscious being wants to admit.  We are often in wonder at the fantastic images that our minds assemble when reality and inhibition collide.  But in the more somber and wistful moments of sleep, the past is chronicled in grander or more candid fashion. We learn about ourselves and what our mind’s eye has deposited in the vaults of our memories.  Elizabeth Ziman, who performs under the name Elizabeth and The Catapult, has curated an exhibition of her most intimate dreams and spun them into a lyrical journal on her upcoming album Keepsake, which will be released October 20th on Compass Records.

In our slumber, the triumphs and defeats of our past are always remembered on a grander scale.  At times, Elizabeth looks to the past with emboldened optimism with her light, yet soulful voice reminiscent of Lungs-era Florence Welch with an added jazz-influenced touch. On “We Can Pretend,” Elizabeth pastes only the best photos from childhood in the scrapbook of her mind.  The song’s sunny melody accents the fondness in the lyrics while the powerful bass drum beat adds pomp to the occasion.  Later, Elizabeth remembers the passing of people close to her with a celebration of life on “Ambrosia.” With lyrics at their most vulnerable and musically flush with bright keys, horns, saxophone, and a children’s chorus on the refrain, the song stands out as both thoughtful and addictive.

However, Elizabeth is a lucid dreamer.  Dreams can isolate the past and make it a playground for introspection.  Recognizing the masks that we all wear to survive daily life, Elizabeth calls out the roles that we assume with “Method Acting.” This realization carries over to the album’s next song, “Better Days,” as reality comes into focus, just like the fog lifting as we wake.  “In better days, I don’t have to live up to the legend in my past,” she sings with a touch of sadness. Over minimal electric guitar and building echoes of synth, you can feel vulnerability morph to resoluteness for the future.

While it is easy to let yourself get swept away in the stories and backstories woven into each song, there is a musical completeness that makes Keepsake one of those albums you end up listening to from front to back. The album is everything you would expect from a classically- trained artist with an interest in composing musical scores.  The lyrics compel while there is always the right instrumental touch to accent the mood.

Dreams reveal inner meanings, heroes, and demons that brood in our hearts and minds. On Keepsake, Elizabeth lets us see the world through the eyes of her soul.  Her dream journal is on display for the world to hear and it is hard to stop listening once you start.

Purchase Keepsake, out on October 20th via Compass Records, HERE.]

[This brilliant review was hand-crafted by Eo8’s own George Maifair.]