It was obvious that this was no regular night of the same old same old at 3rd and Lindsley.  With ladies wearing everything from combat boots to clothes suited for a job interview, guys in skinny jeans pressed in with guys dressed to tear shit up, and ages ranging from 21 to ???, the sold out, standing-room only, audience demonstrated the sprawling reach The Melvins have on music lovers.  I was reminded that The Melvins are one of those bands that seem like they have always been around—I was two years old when they were formed in 1983 and age 12 when their oft labeled “breakthrough album” Houdini was released.  I realized it was impossible for me and, for likely most of the people there, to imagine a world without The Melvins and their influence on the rock music scene.

Needing no introduction, the band took the stage and the venue immediately started to hum with ominous bass and a sinister plodding drum.  As the opening rift from “Sacrifice” beat on, frontman Buzz Osborne, a.k.a. King Buzzo, stalked the stage, getting shouts from the crowd with every scowl or anticipatory glare in our direction.  Following the slow building opener, in a momentary pause, a fan next to me pierced the silence:  “Get Ready, HERE IT COMES!” Almost on cue, the band ripped into a furious rampage, hitting “Oven,” “Anaconda,” and “Queen,” before taking a breath to thank the frenzied crowd.   From band members to bankers, from the crowd surfer buzzing over my head to the cyclone of a mosh pit that consumed all around it—3rd and Lindsley was ready to rock.

With a tour named “A Walk With Love & Death” to match their recently released album, one might have expected the night to be consumed by new material.    While most bands focus setlists around new album releases, The Melvins are simply not most bands.  Over a 17-song setlist, the band touched on works from 8 of their (many) albums and still managed to put the Melvins-mark on a few covers of the Beatles and David Bowie.  Sandwiched in the middle of the set was a showcase of material from their new album.  I will admit that I have referred to A Walk With Love & Death as The Melvin’s “lighter side” or “more artsy” style.  In concert, that was out the window as songs like “Euthanasia” and “Edgar the Elephant” roared along with the classics.  In one of the few breaks in the music we were asked, “Do you know how to jazz?” which was met with yells and affirmative applause.  “You do?  People go to school for that shit you know?”  With a furious drum beat, and some ironic, chaotic scat singing, the crowd thrashed to a punk influenced version of “Scooba,” while the tamer audience members sought refuge in the balcony.

The grinding guitar licks, the pounding bass grooves, the fevered drums, and furious vocals continued to build through the night, and with them, anticipation for an epic finale from the seasoned rockers. The crowd bobbed, swayed, and was back in the air crowd surfing through an over 12 minute super-charged jam of “amazon/AMAZON.”  The night’s openers, The Spotlights, joined The Melvins on stage for a duel finale of “Hung Bunny” and “Rome Dog Bird”—causing bodies to shake from the force of guitar energy filling the stage.  In the post-show silence, an energy still hung in the air as the crowd continued to cheer and shout, well after the house music started to play.

At the end of the night, I left with a sense of satisfaction.  I had witnessed a legendary rock band live up to the heightened expectations that even their superfans had placed on them.  We often use the word iconic and mention the far-reaching influences the band has had over the years.  It is in seeing The Melvins live that you realize that they are blessed with an ageless energy and love for their craft that keeps the classics ringing in your ears, the newer material fresh, and our devil horns firmly thrust into the air. 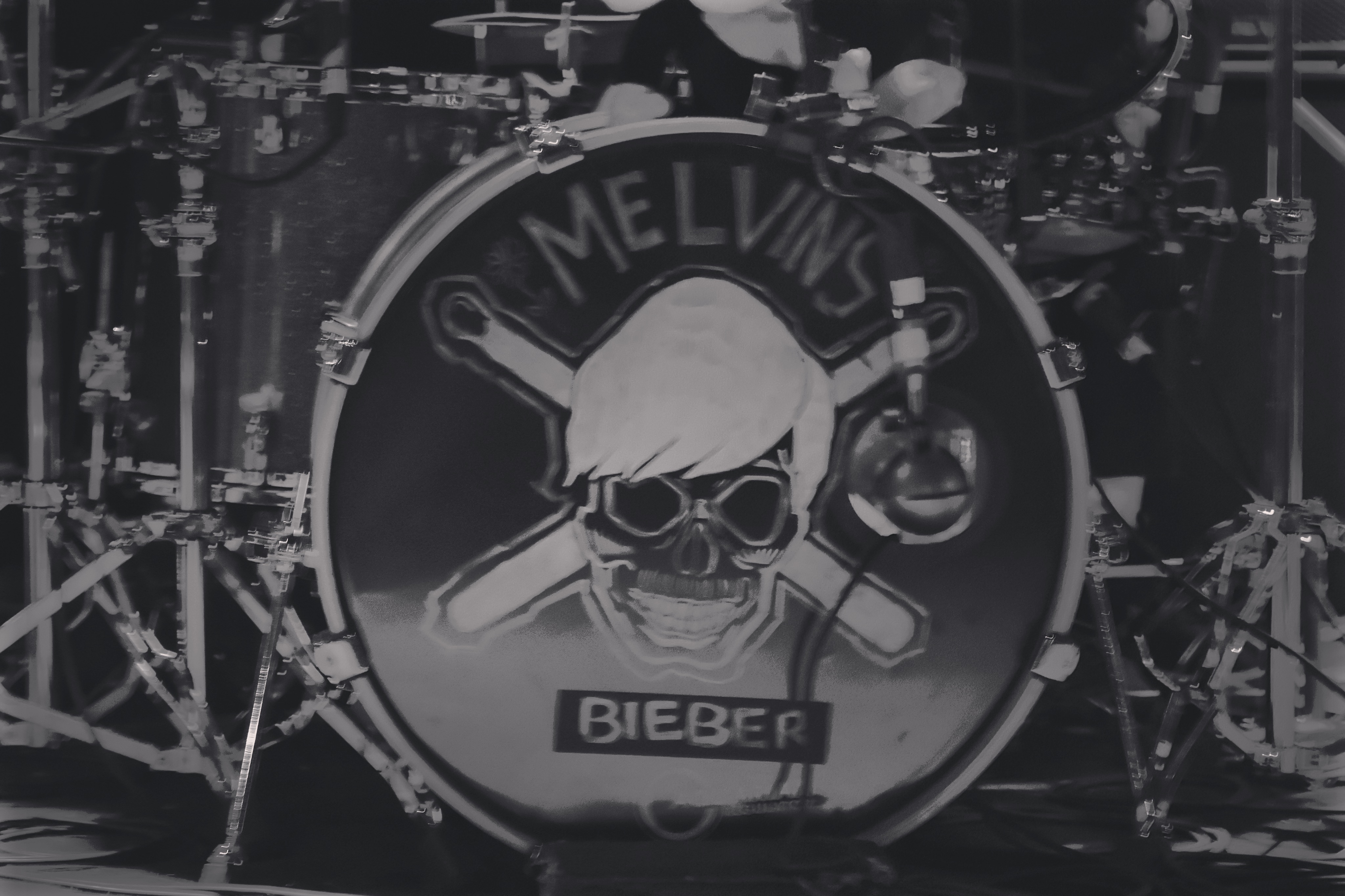 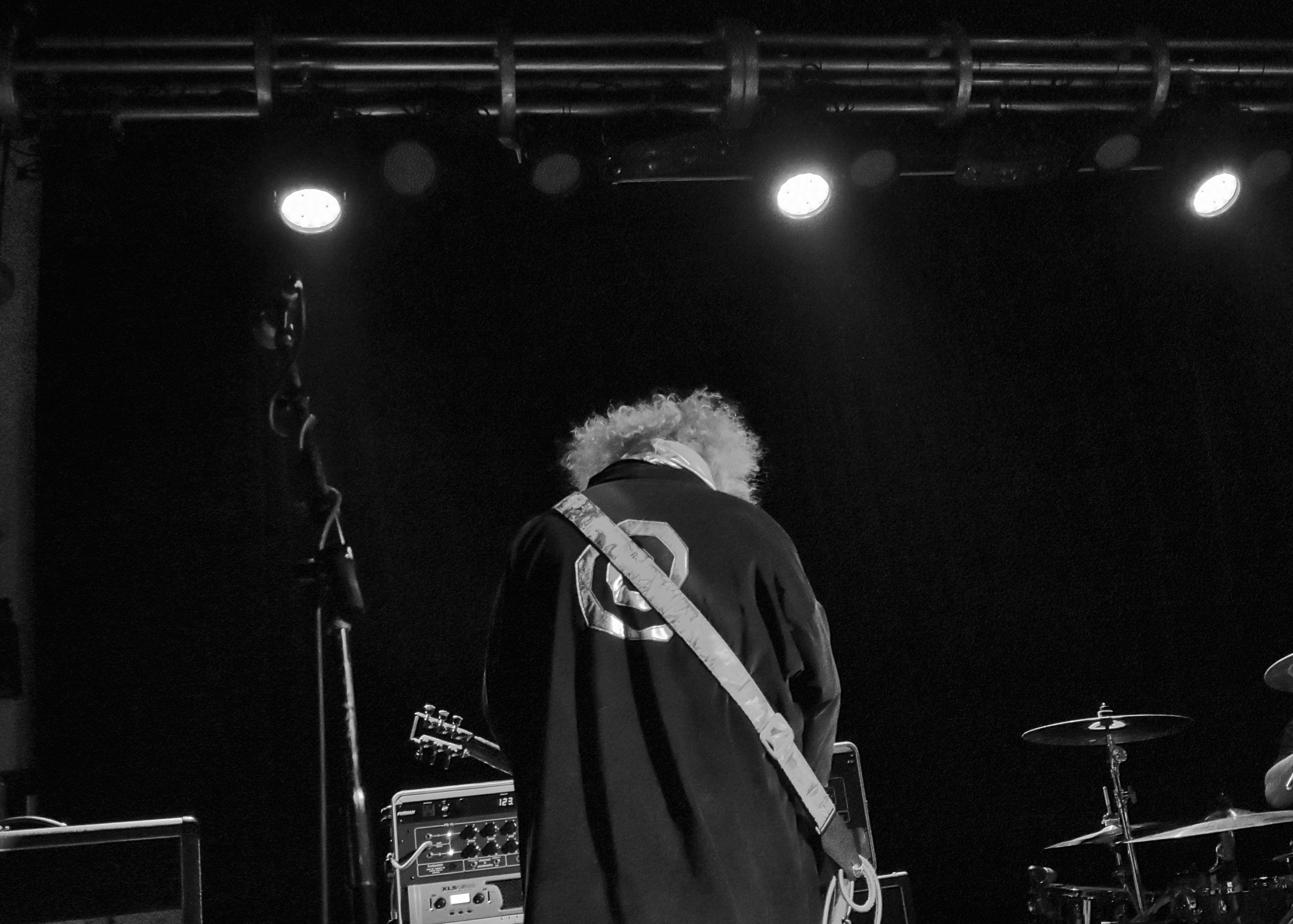 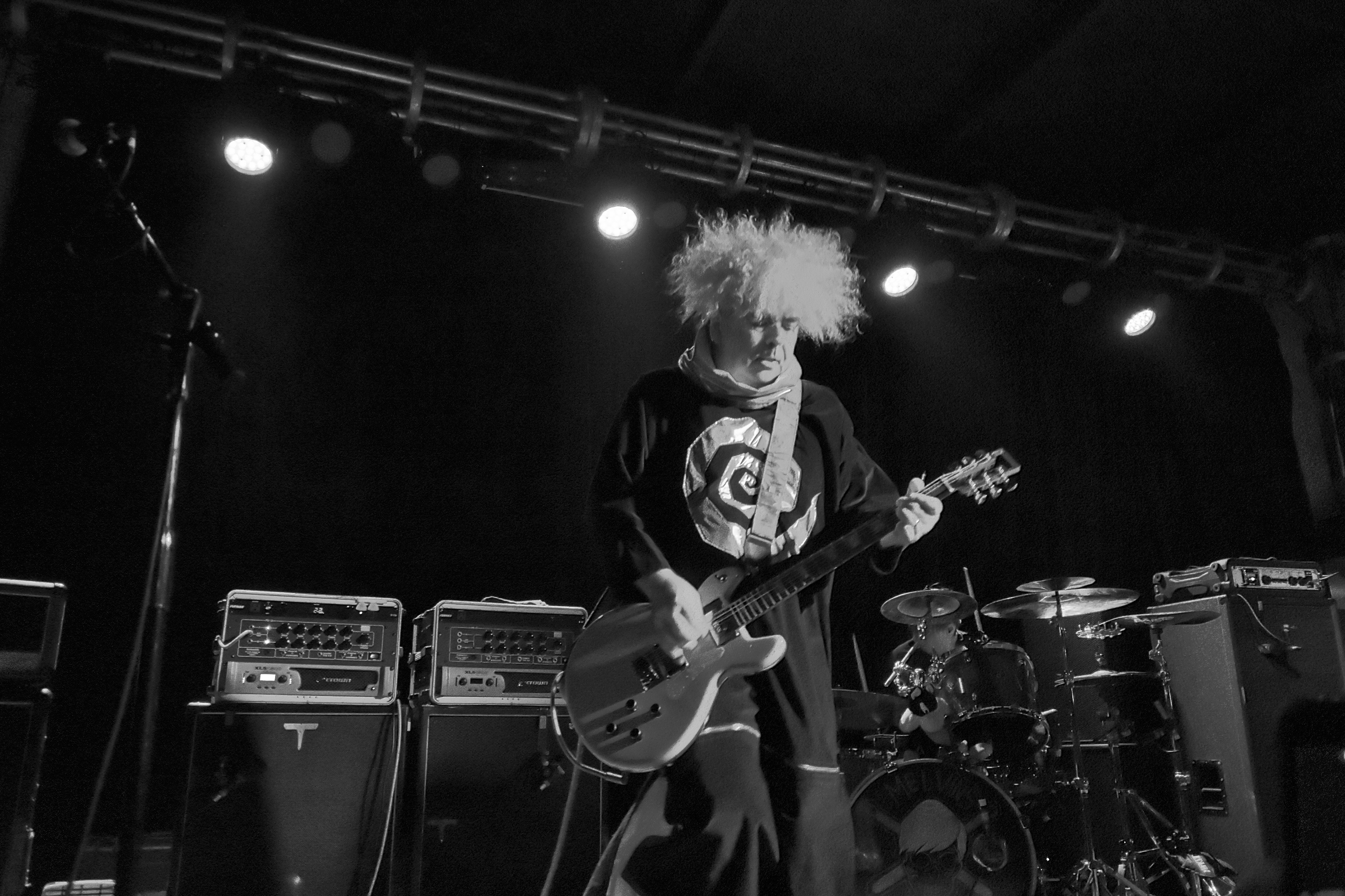 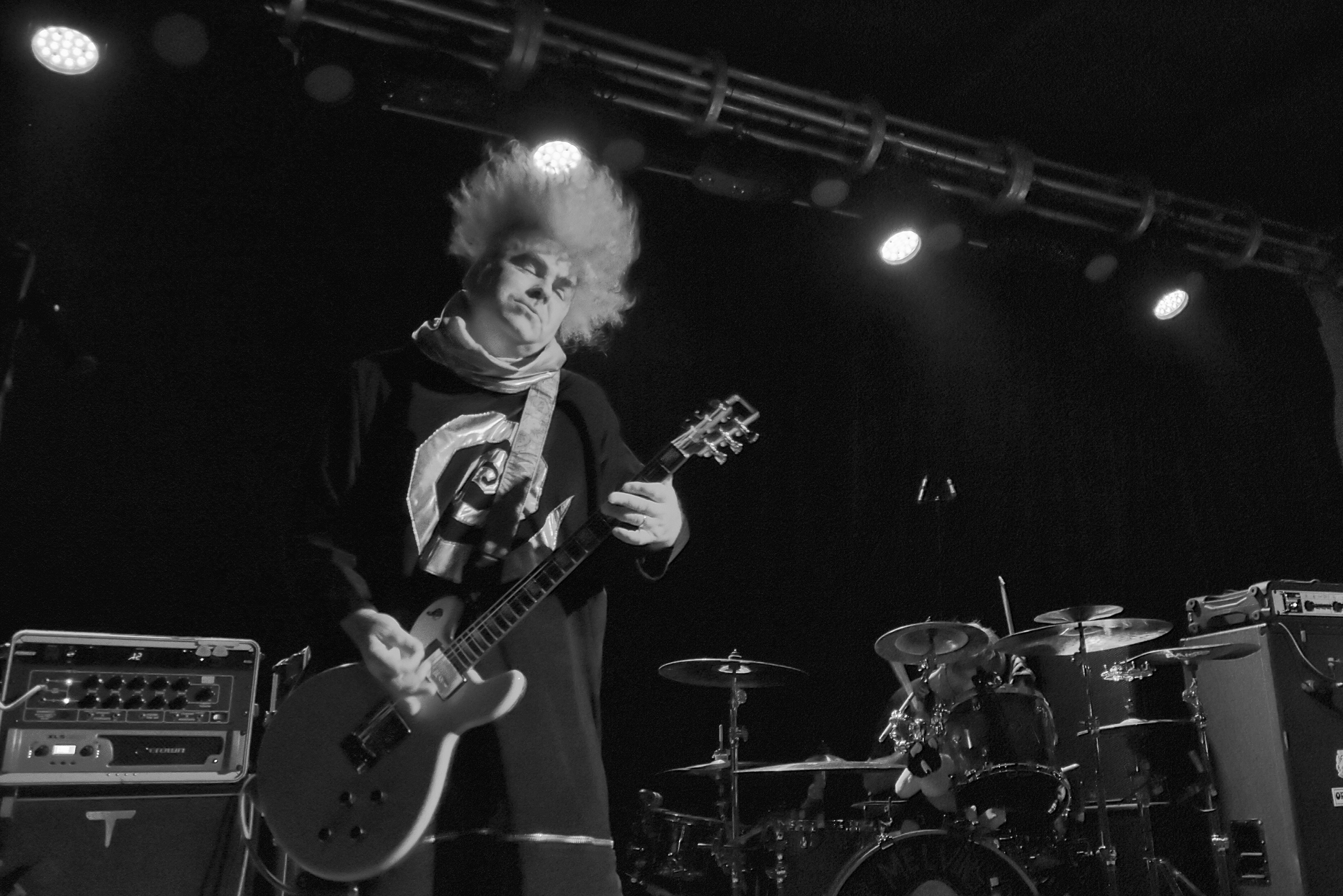 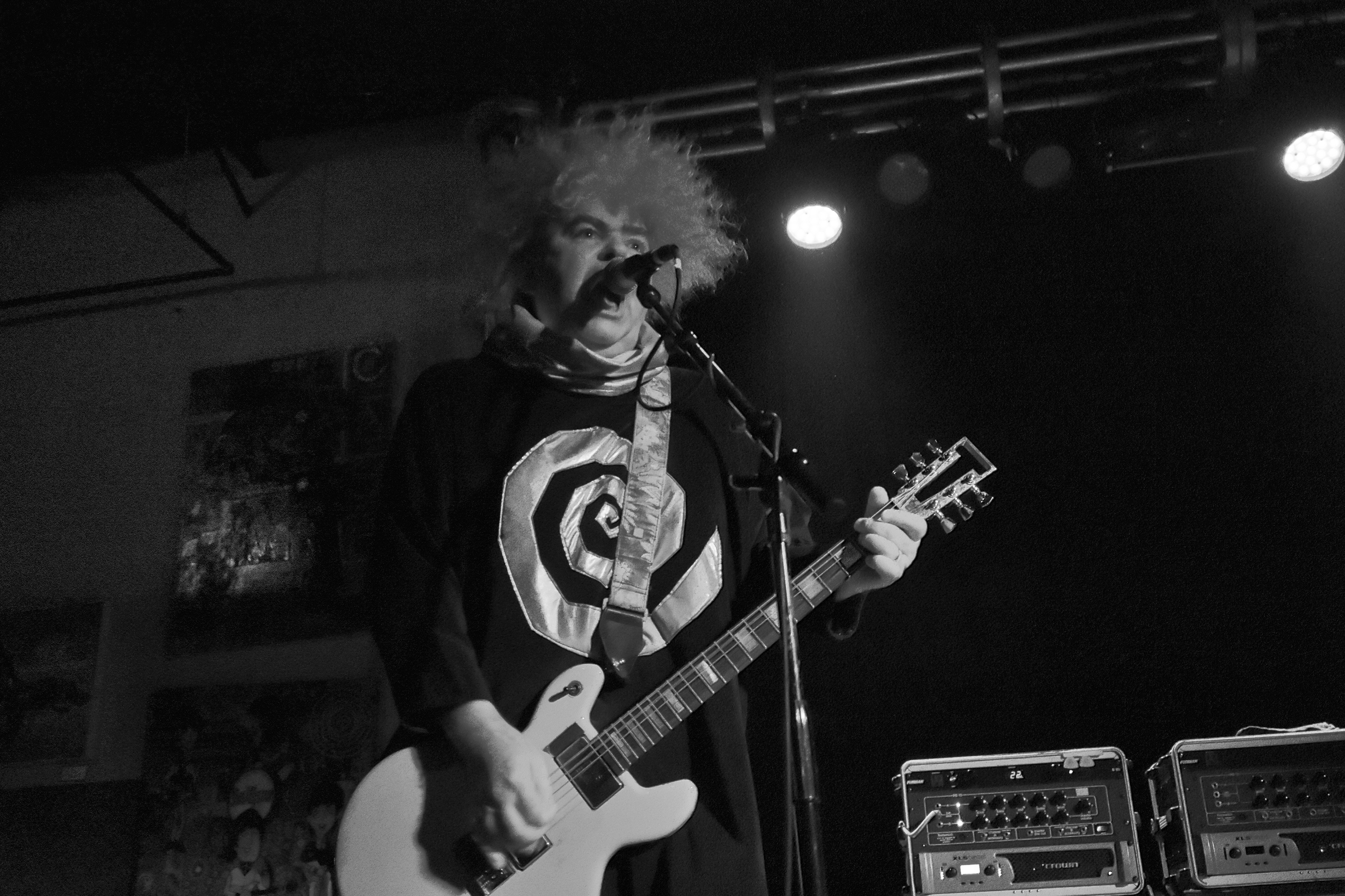 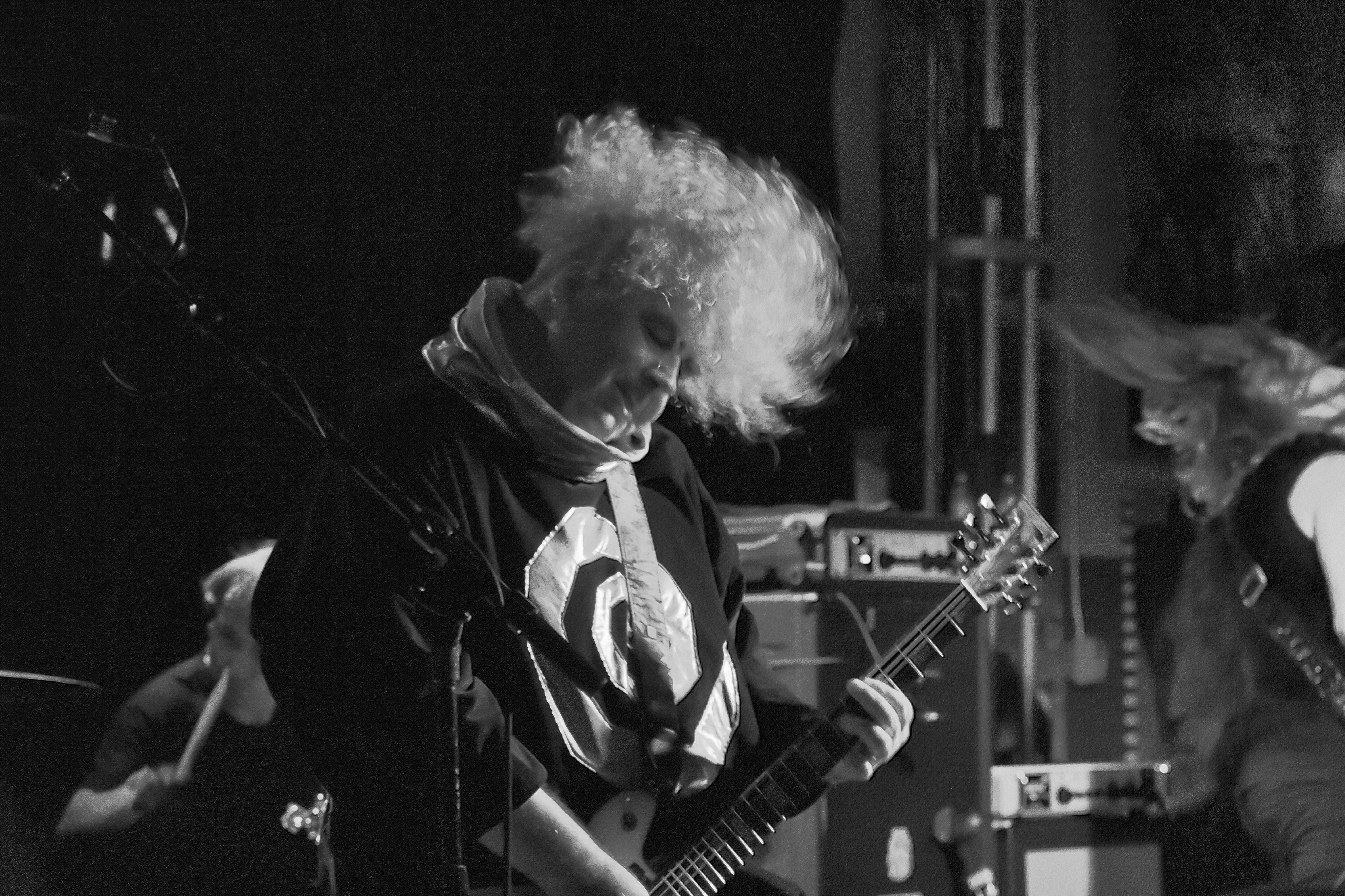 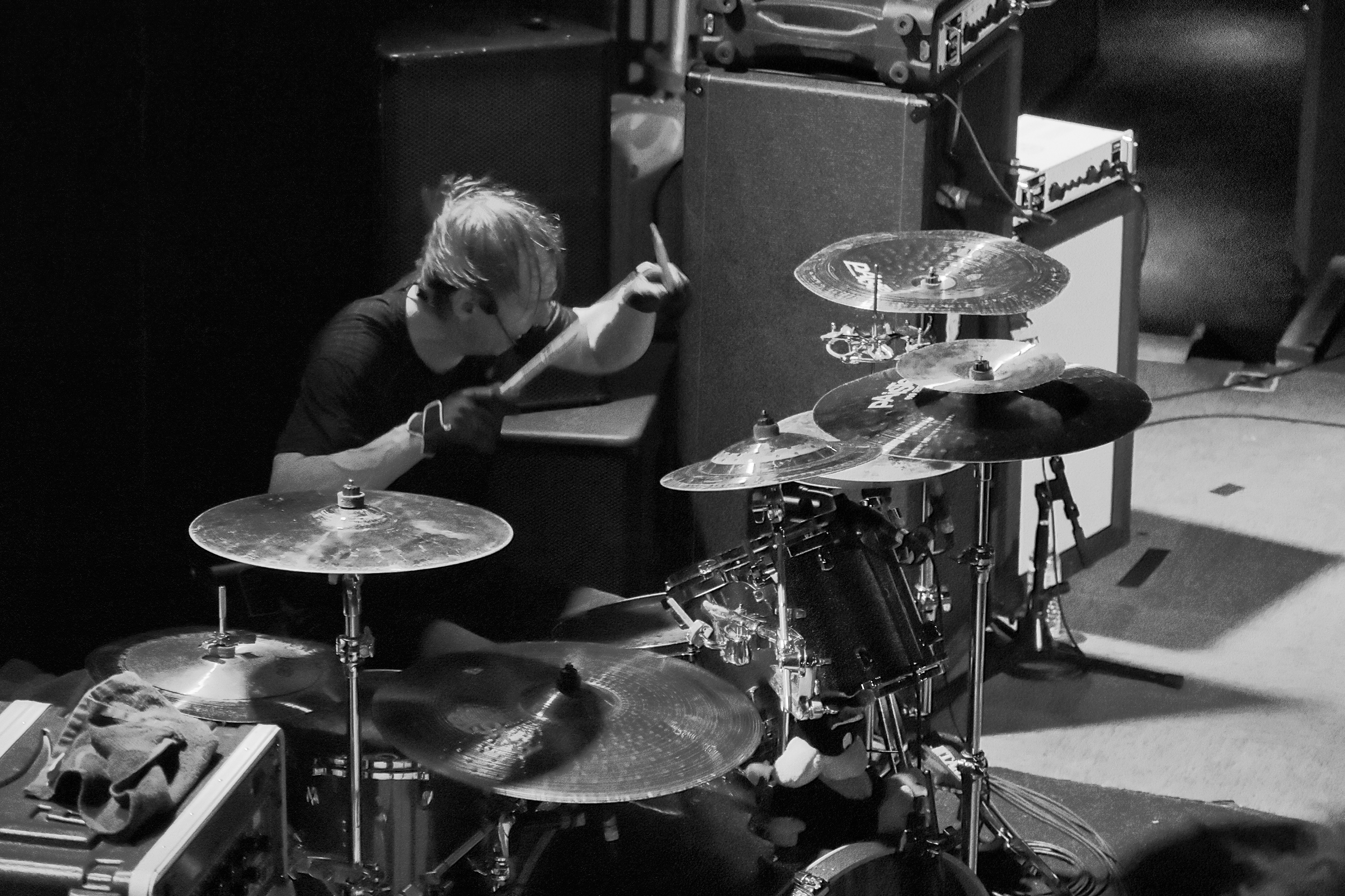 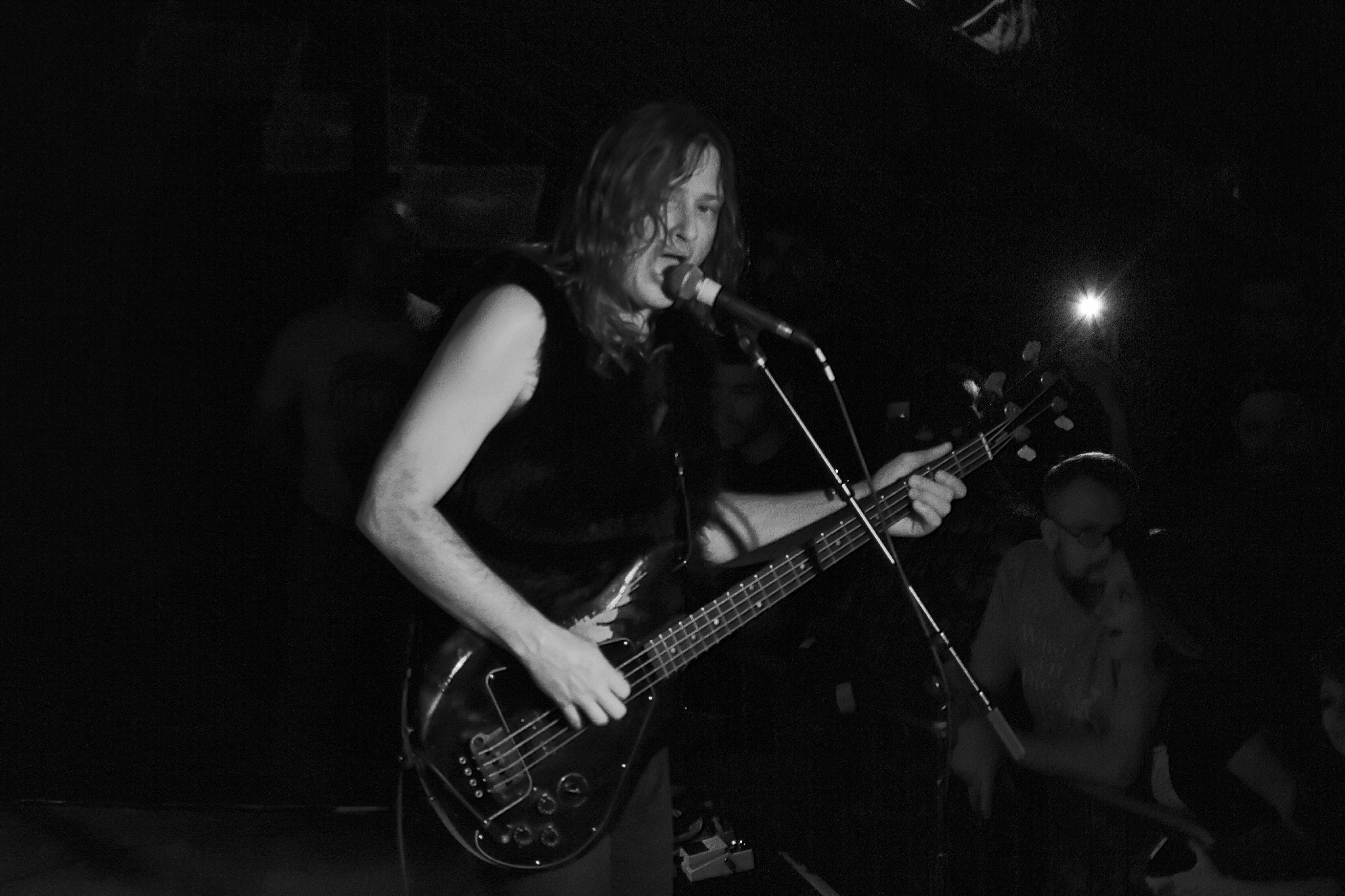 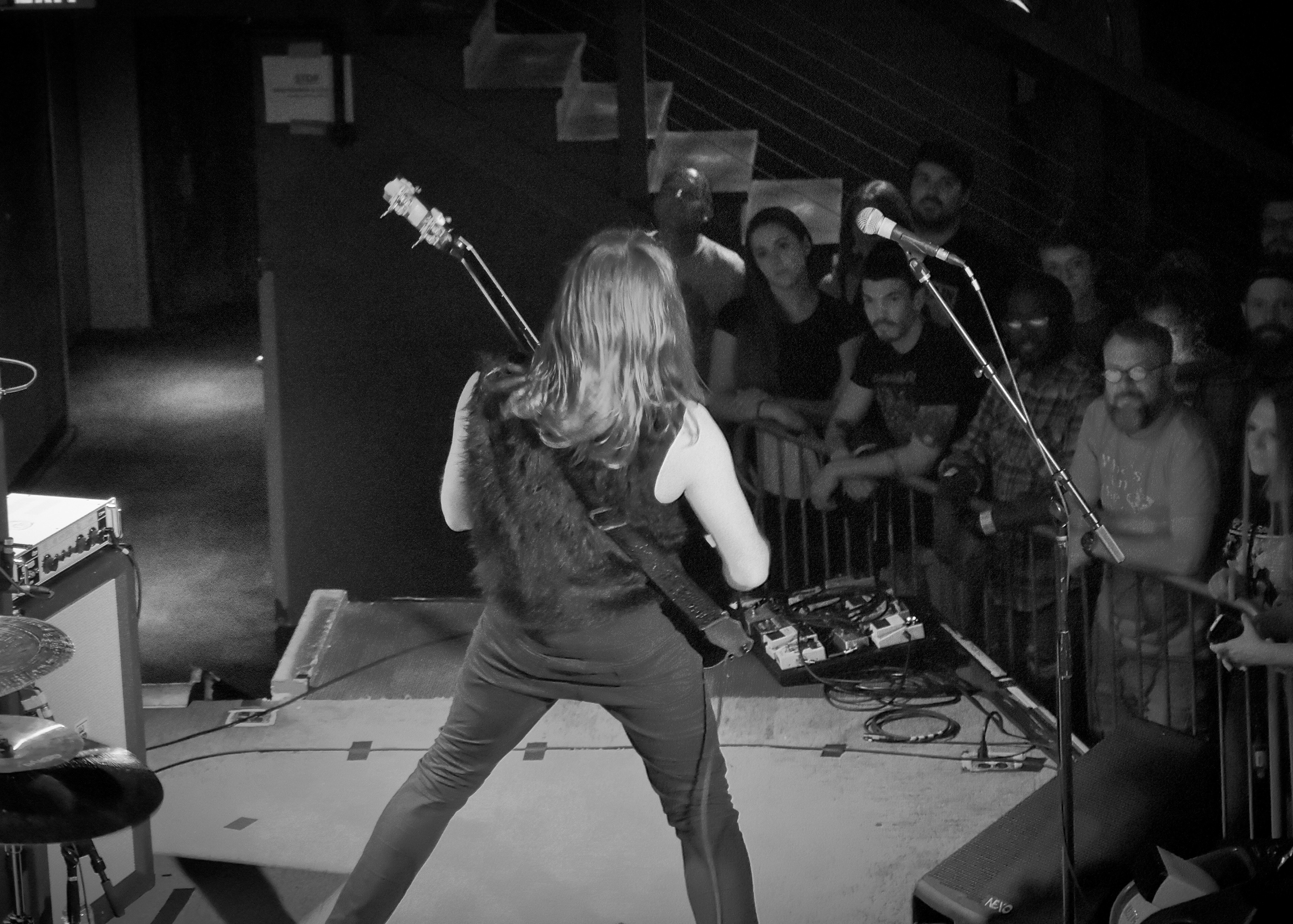 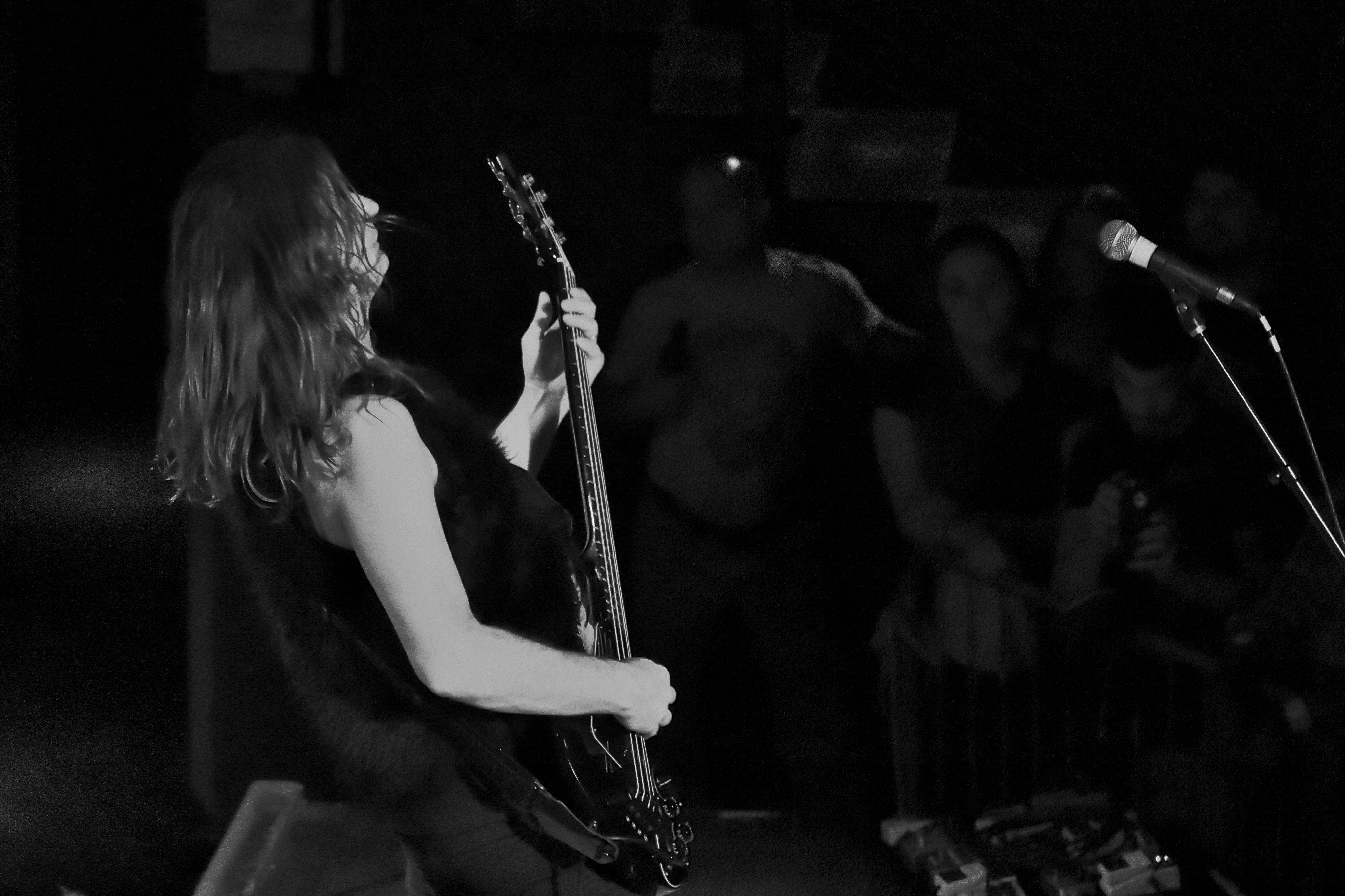 [This brilliant review and accompanying photographs were hand-crafted by the ever-valiant George Maifair.]