In a town filled with seemingly unlimited live music opportunities, it takes a lot to stand out as truly unique. While Musicians Corner features one of the most diverse concert series lineups you’ll come across, it always keeps its focus on the broader arts.  Therefore, I was only a little surprised to see Abigail Washburn and Wu Fei’s collaboration listed on the fall lineup, but I knew I had to see it.  Flashback to a couple of months before the lineup came out, I was talking with a music teacher that had visited the Music City, and she told me about an amazing cross-cultural concert she had just attended which featured the duo.  I was already well familiar with Washburn’s banjo prowess and knack for keeping Appalachian folk music alive in our hearts.  However, I was immediately intrigued by the addition of Wu Fei, an artist from Beijing who plays the guzheng, a 21-stringed zither invented between 2,000-3,000 years ago, and added her own version of folk music to the mix.  With that recommendation in mind, last Saturday’s concert had been circled on my calendar since it was announced.

With a minimal setup of Washburn’s banjos and Wu Fei’s guzhengs, two each, the pair’s set felt intimate despite the outdoor setting.  I will admit I was surprised by the seemingly natural combination of Washburn’s clawhammer style and the sweeping of sounds Wu Fei pulled from the guzheng.  It was something strikingly familiar but distinctly different at the same time.  Often the duo would combine an Appalachian Folk song with a Chinese folk song by trading off lines—creating a new work in the process. The pair also added their own touches to the folk classic stomper “Cluck Old Hen,” which got the audience involved with some call and response singing.

Added to the mix were several songs that featured Wu Fei’s prowess as she showed the depth and range of her instrument.  At times, it sounded like a mandolin.  Other times a harp.  Sometimes the sounds were isolated; other times Wu Fei made the guzheng sound like a full string band. The instrument and artist shined while improvising alongside Washburn’s melody on the classic “Sally in the Garden.” Wu Fei started playing at a young age and was in musical competitions by the time she was 12 years old. However, she had been restrained to musical compositions.  She didn’t discover that improvisation can be a good thing until much later when she visited the United States. You could feel the palpable joy and passion in her playing.

The show featured an inspiring cultural and musical blend that had the crowd tapping toes and singing along.  The duo of Abigail Washburn and Wu Fei reminds us that music touches the world.  Starting points may be distant but we share this universal connection in our hearts. 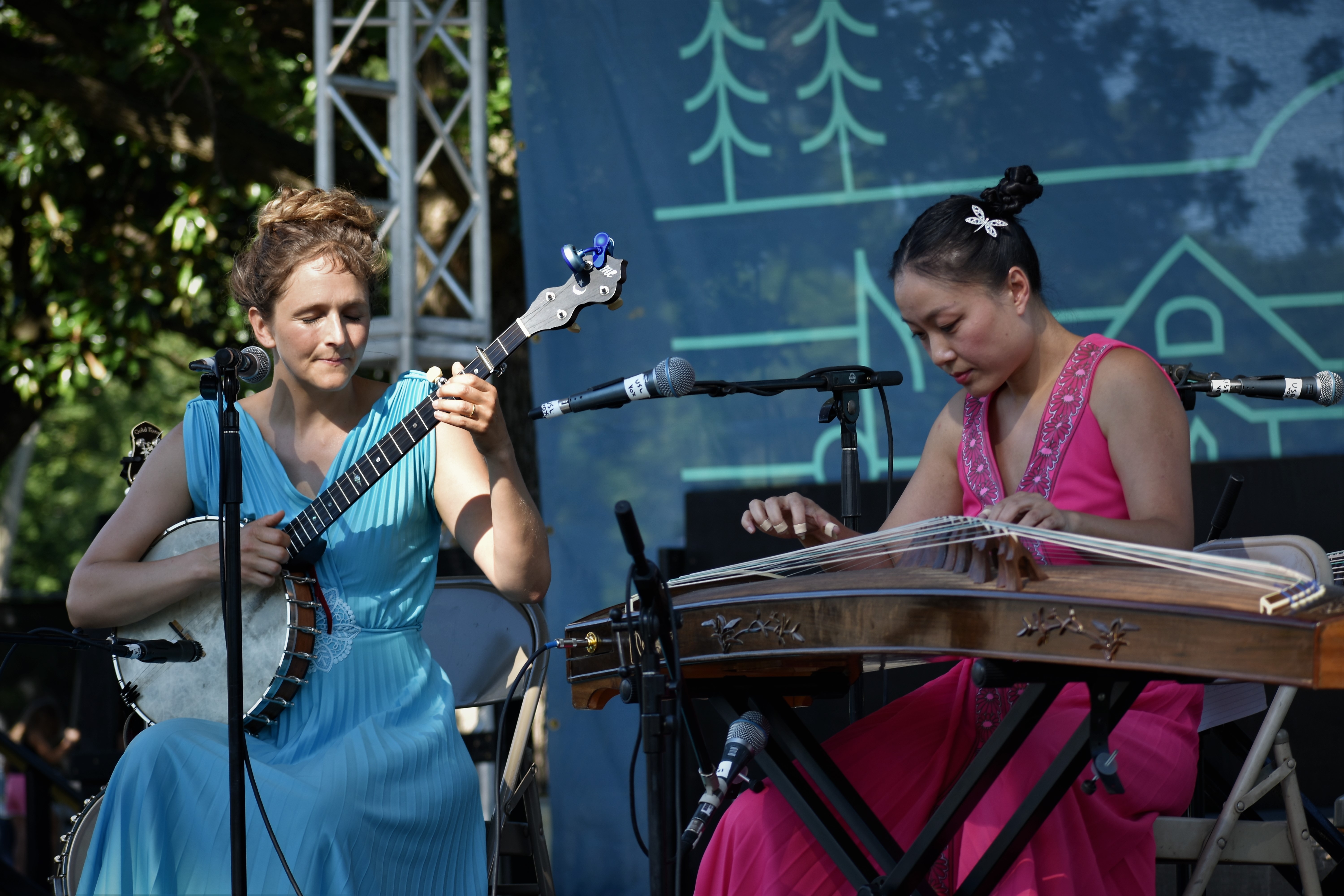 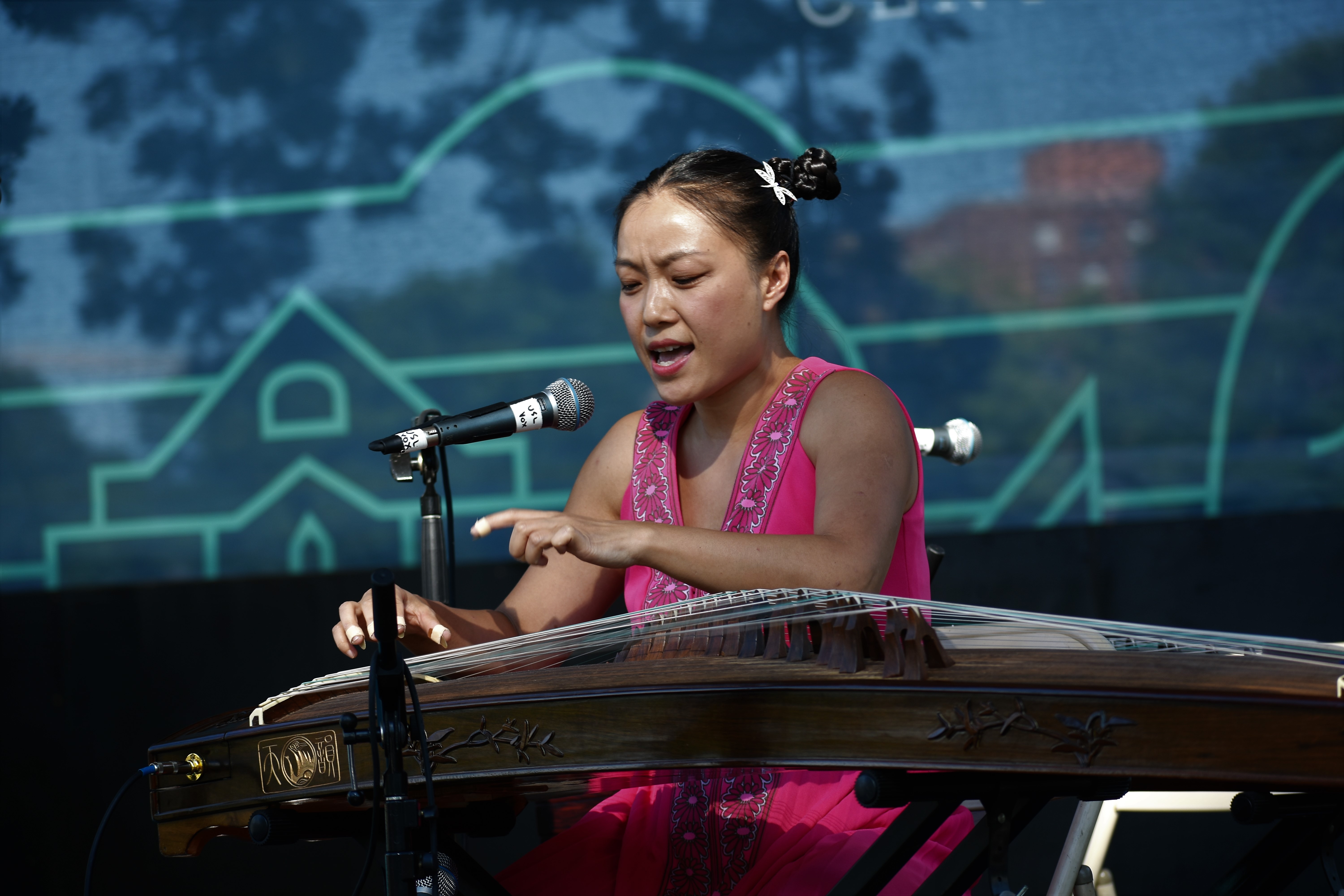 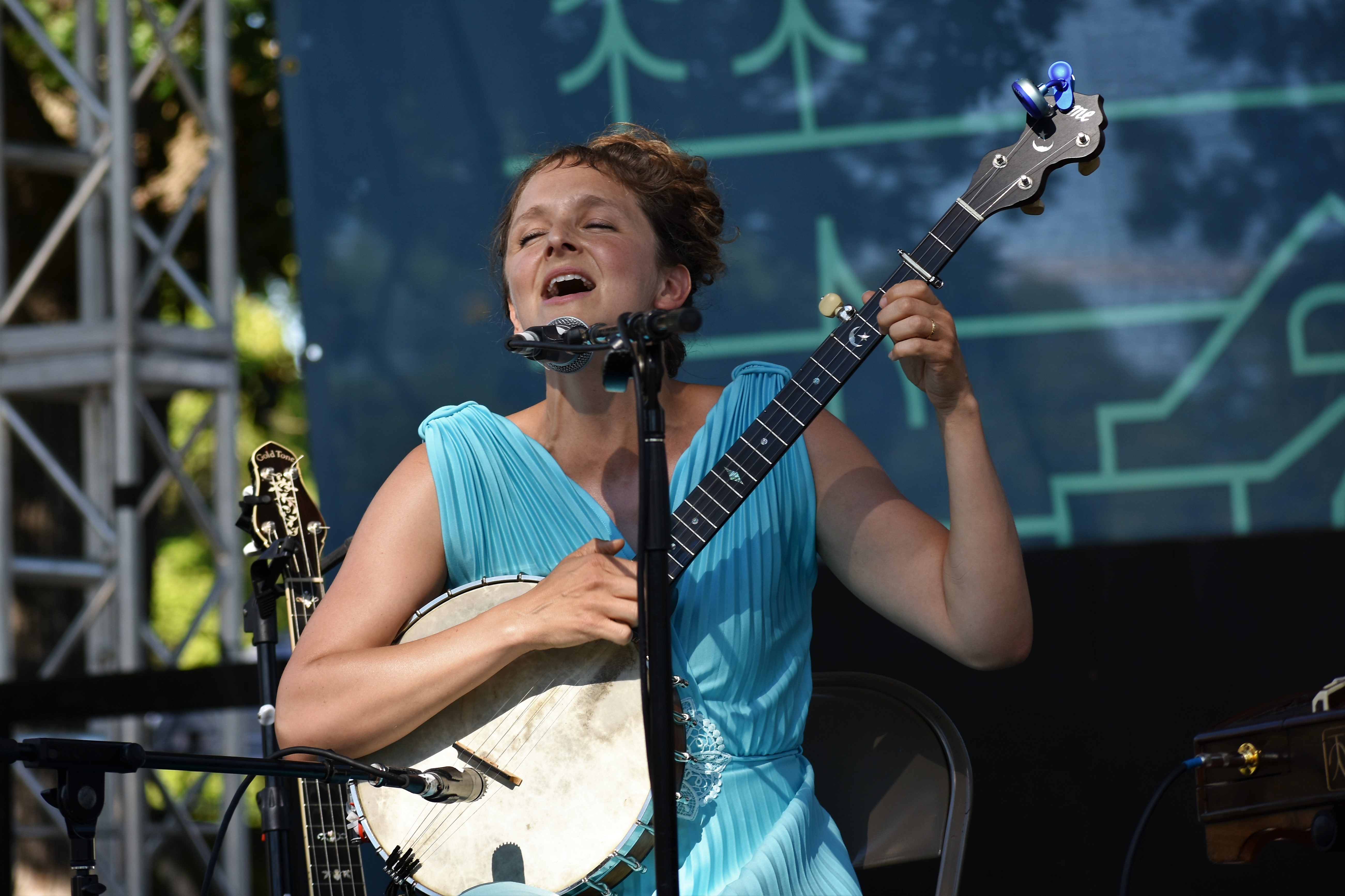 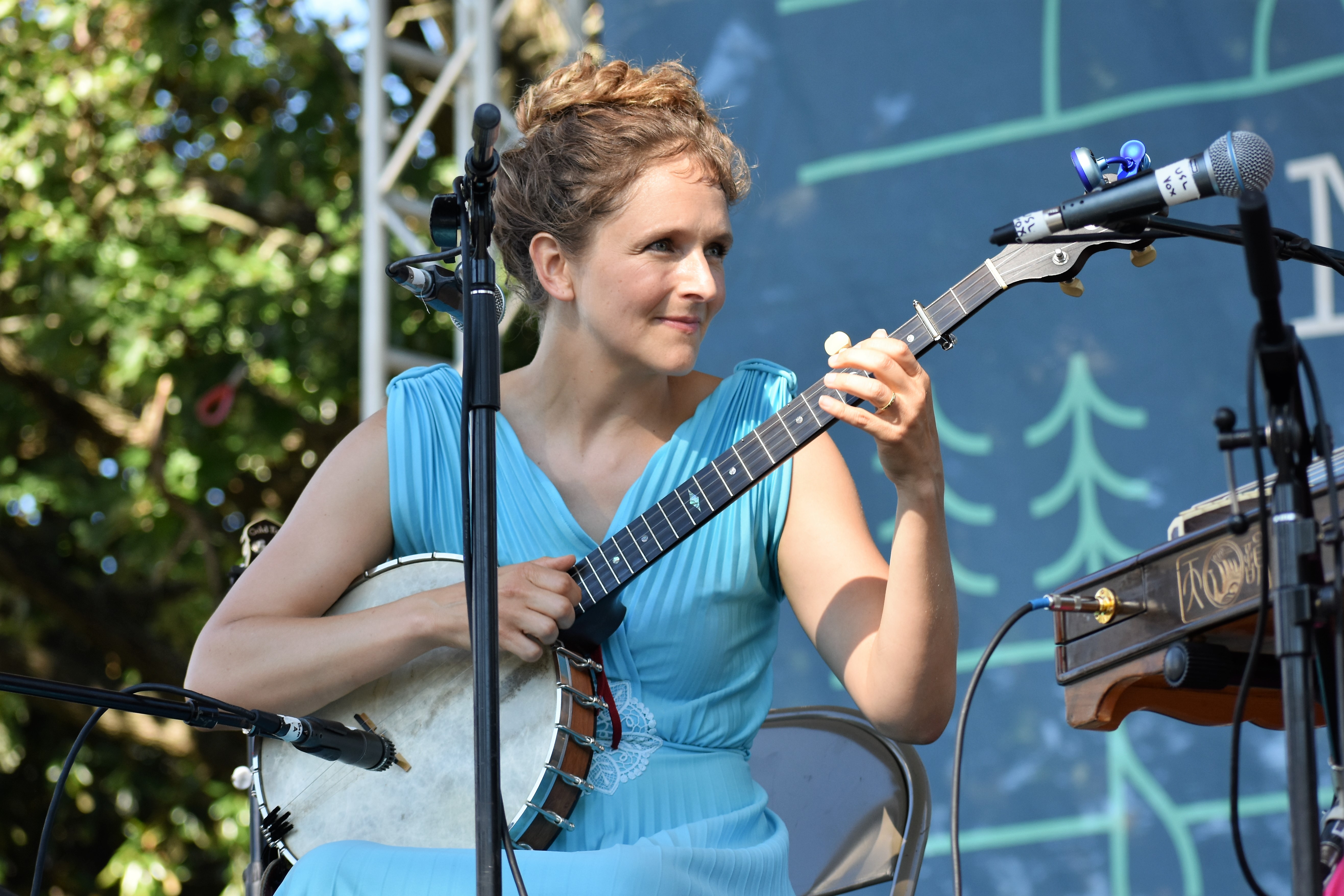 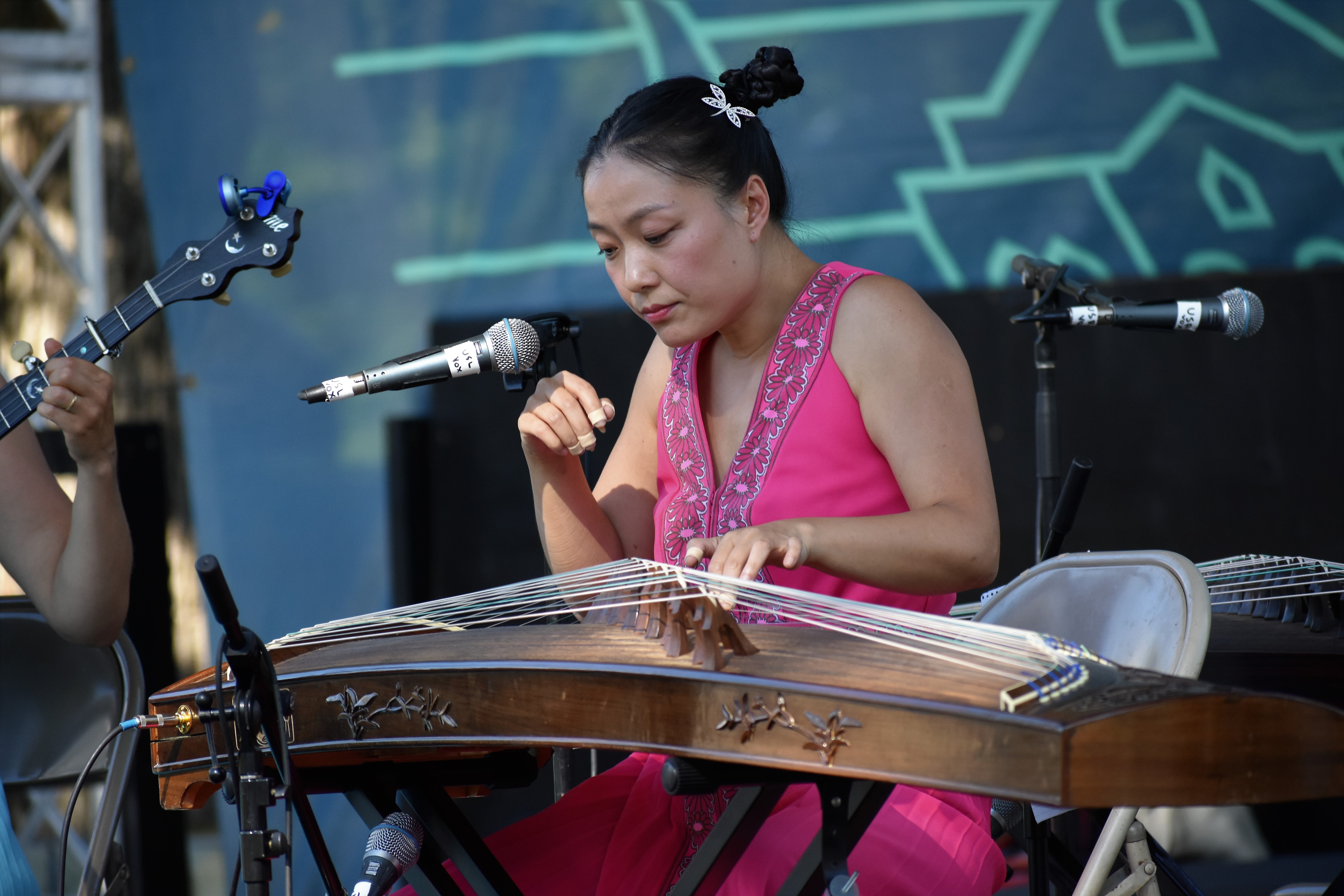 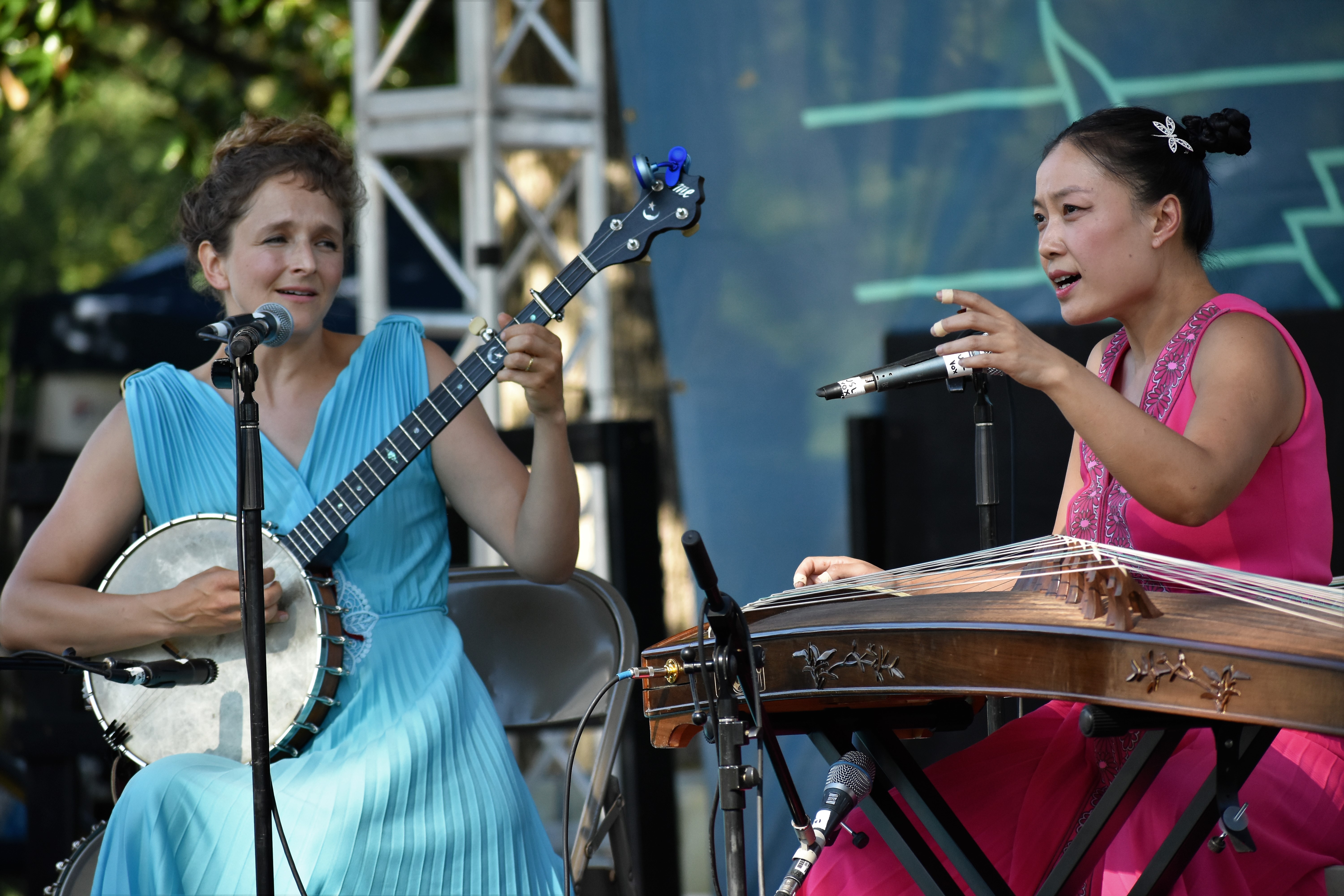 [This brilliant Musicians Corner coverage was provided by Eo8’s own dynamic duo, George and Sammi Maifair.]