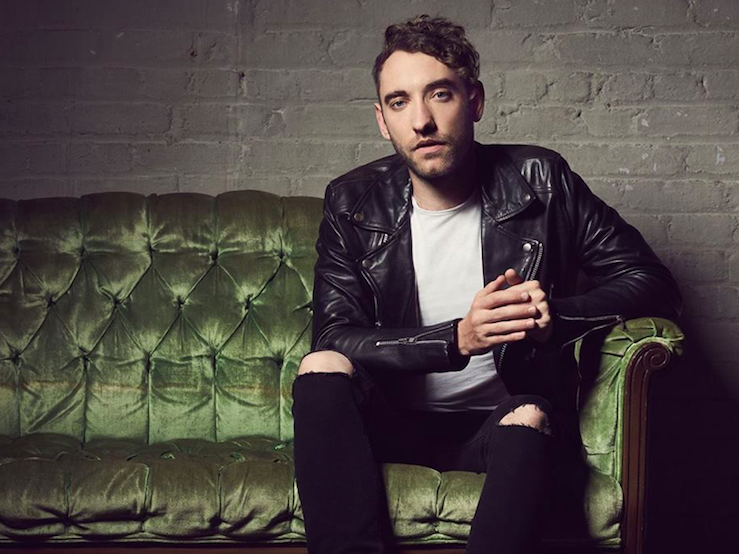 “Co-writing is like writing a page in your diary and then immediately showing it to someone you don’t know,” laughs the angelic-voiced BANNERS, who is gearing up to release a new EP via Island Records this month. The Toronto-based native Liverpudlian has been traveling to Nashville to take part in the local creative and collaborative music scene, which he, like everything else he undertakes, seems to be crushing. “After the first time you do it, you realize no one is laughing at you, everyone is coming up with potentially stupid lyrics ideas, it’s quite liberating to happily sing nonsense lyrics and melodies into the air in front of people.”

If his recent single, “Someone To You,” which already has garnered over one million streams on Spotify, is any indication, those co-writes are more than paying off. Along with some new tunes, the EP will feature some written years ago. “Songs are like a time capsule of the thoughts and feelings and place where you were when you wrote them. A couple of the songs I’ve had finished for a couple of years, and it’s been nice to revisit them,” he explains. “One of the songs I wrote then was about struggling with the modern world, and how we act towards one another sometimes, but it sounds like it’s about Donald Trump, and it’s absolutely not!” he laughs. “We came up with the song two years ago when he was just on The Apprentice, we’re not jumping on the Donald Trump train. I’m definitely not trying to write songs about it.”

Between the ages of seven and fifteen, BANNERS sang in a boys’ choir in Liverpool, a town with large Catholic and Protestant congregations that housed not one, but two ancient cathedrals. “Being in the choir is quite a commitment; three days after school, all day Saturday and all day Sunday,” he explains. “You get to spend lots of time and learn music in such a beautiful place, and I was really lucky. It’s a very professional thing and the musical standards are really high; it can be difficult music to sing, but it was a good kind of pressure.” Admittedly, though his hook-infused emotive pop stylings are relatively different than 300-year old church music, the work ethic for those chapters of his life are basically the same.

“The cathedrals took the better part of a century to build, and ithey’re grand and gothic and ornate,” he says. “So many people spent their entire lives building it. Even at a service on a Tuesday night in the middle of winter with five people watching you in this building that can hold thousands of people, you’d have to sing as well as you possibly could, because you were doing it in honor of the people who built the building,” he says. “It’s the same at a gig—you may be tired, but you have a responsibility to try as hard as you can for the people who come to see you.”

He finished a run with Milky Chance earlier this year, and has plans to tour with Echosmith this fall. “I like watching other bands live, it’s always a learning experience to see how other bands do things,” he says. “I like hanging out with other musicians; it’s been overwhelmingly positive for me. It’s nice to spend time with people who are having a similar experience.” During the fall tour, BANNERS will be supporting the release of his dreamy EP, and is relishing every moment. “It’s exciting to put out new music because it gives fans more music to sing to,” he concludes. “When people know the words and sing along at shows, it’s so great. I can’t wait.”