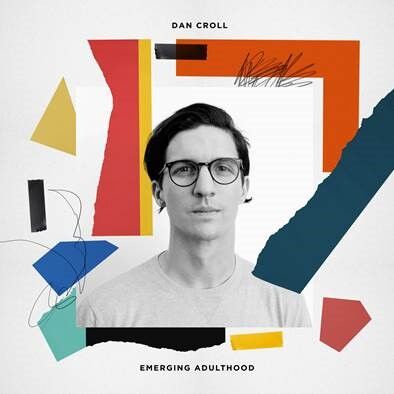 When I was a kid, my favorite movie was, hands down, Willy Wonka & The Chocolate Factory. Sugar addictions aside, the fantastic world behind the factory’s fortified gates presented endless possibilities. Each area explored was more exciting than the last, and contained delicious diversions—served with a side of danger. Willy Wonka literally rolled out the red carpet and invited us to not only see his creation, but participate in it, and revel in the freedom found in this place of pure imagination.

I became infatuated with Dan Croll’s music upon my first listen to his electrified 2013 breakout single, “From Nowhere,” so I was chomping at the bit to devour the offerings on his forthcoming album, Emerging Adulthood. The adventure begins with “One Of Us,” followed by “Bad Boy,” both energetically driving and polished bangers. As I travelled towards the middle of the record, I realized that Croll kept pulling back a proverbial curtain for entry, and each glimmering room in his musical factory had its own unique flavor.

Like P.M. Dawn’s 90s take on 80s Spandau Ballet, Croll puts a groovy spin on synth-y landscapes with “January” and “Sometimes When I’m Lonely,” before bringing back some of that electro-goodness we all know and love with the sultry “SWIM.”  “Hey lover, could you be close to me,” he sings in his smooth voice. Yes Dan Croll. Yes I can.

Funky falsetto rules on “Educate,” while Croll dazzles us with a shimmering vocal range on album standout “Away From Today,” a desert outlaw-esque anthem punctuated by bells and broadly powerful latin-inspired brass. “Do you have to go? Do you have to leave?” he asks admidst the head-bobbing beat and stimulating sonic quirkiness of “Do You Have To Go,” this writer’s favorite from the album.

Much like the hero of my favorite above-named film, Dan Croll has created his own land of pure imagination with Emerging Adulthood; every track is a lushly-textured experience, the details of which are an unknown until entry, but are abundant and delicious upon closer inspection. Like those rock-solid and infamous Everlasting Gobstoppers, every song has layers upon layers of alternating flavors, all of them sweetly satisfying.