After our first day at Forecastle, I had high hopes for the rest of the weekend–and day number two did not disappoint. We started the festivities with classic rock revivalists The Shelters, who are reminiscent of iconic outfits like The Beatles, The Kinks, and The Beach Boys. With a combination of wicked guitar riffs, smooth melodies, and catchy lyrics, The Shelters brought a top-notch rock n’ roll show to the Boom Stage and had the entire crowd dancing and singing along in the beating sun. 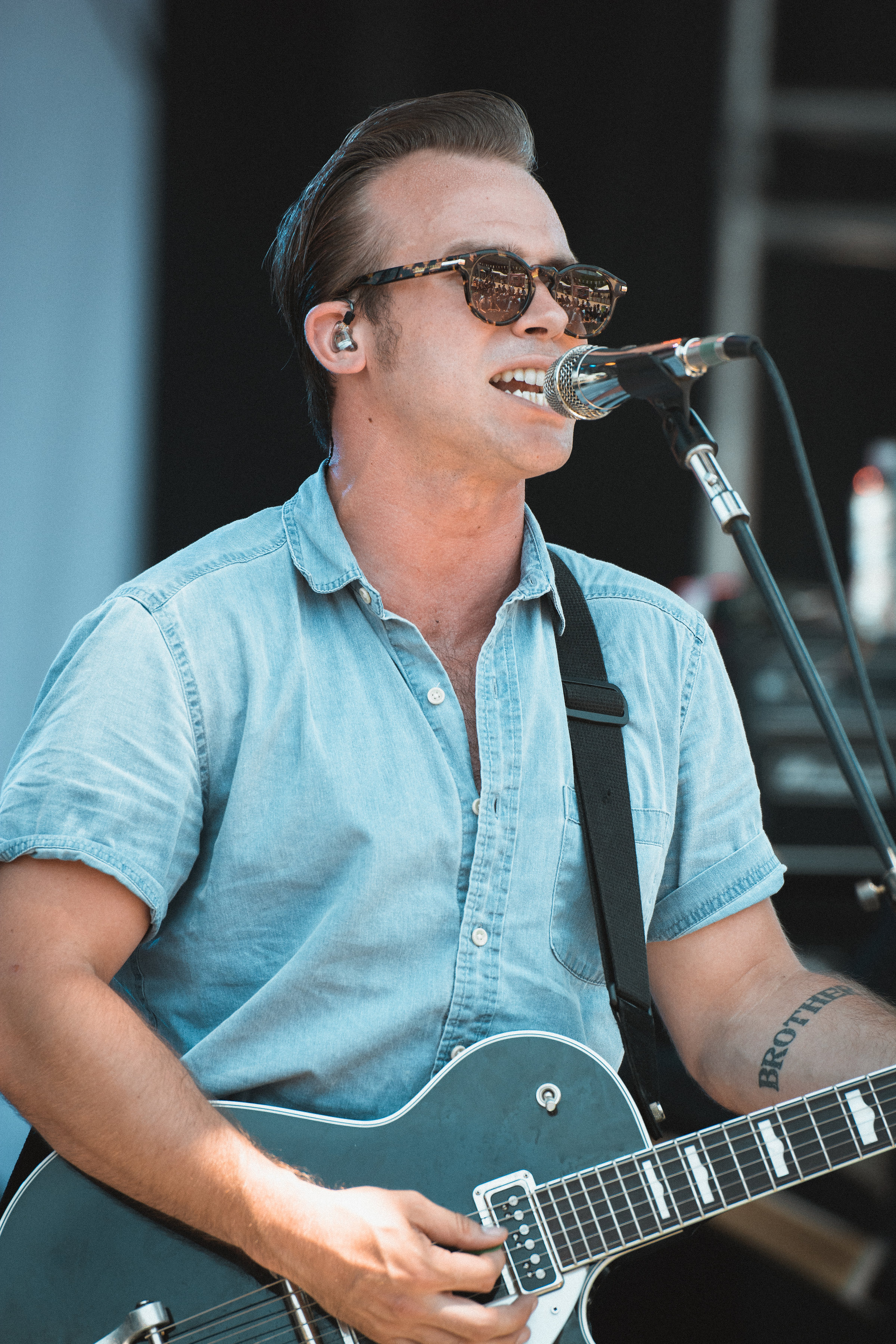 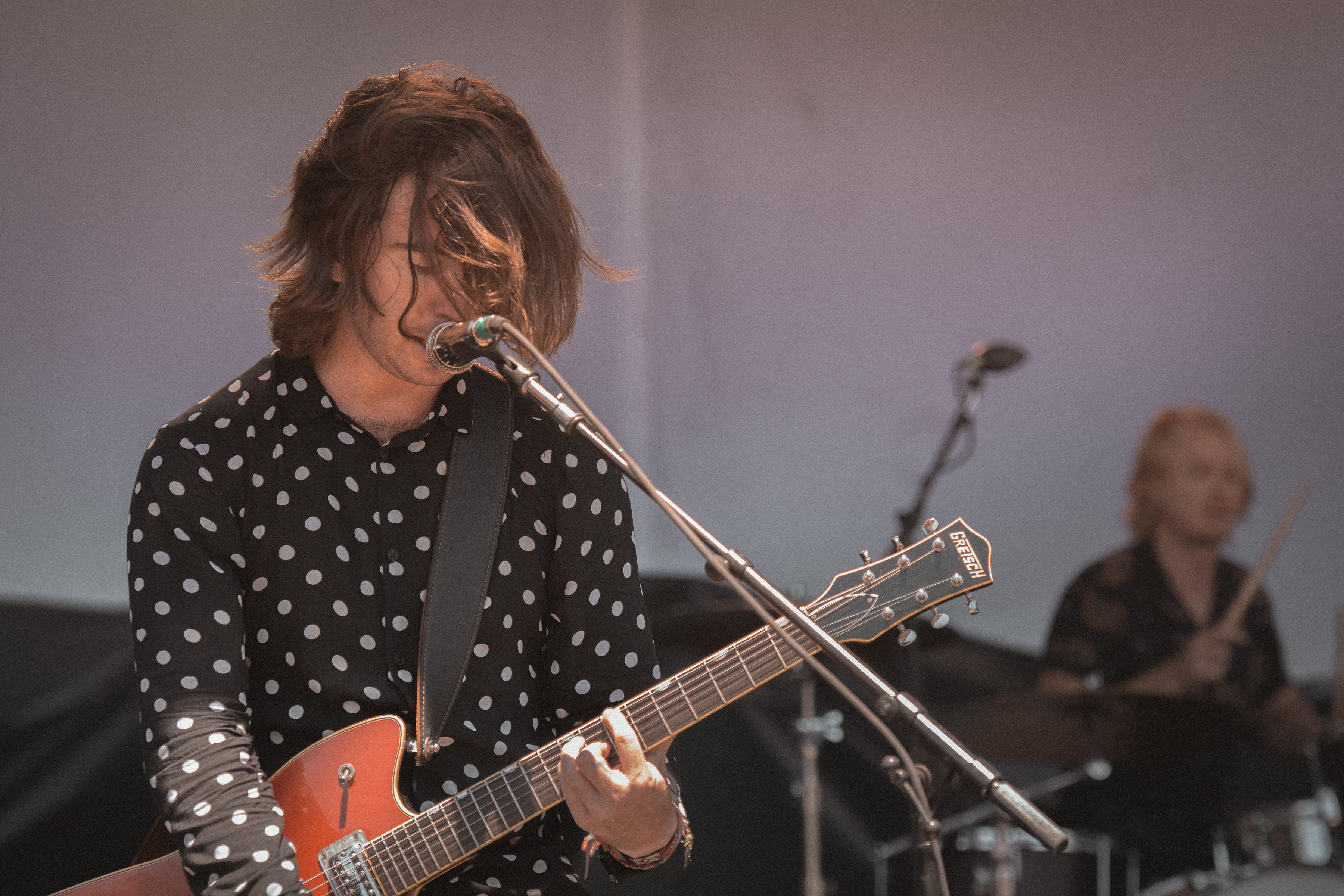 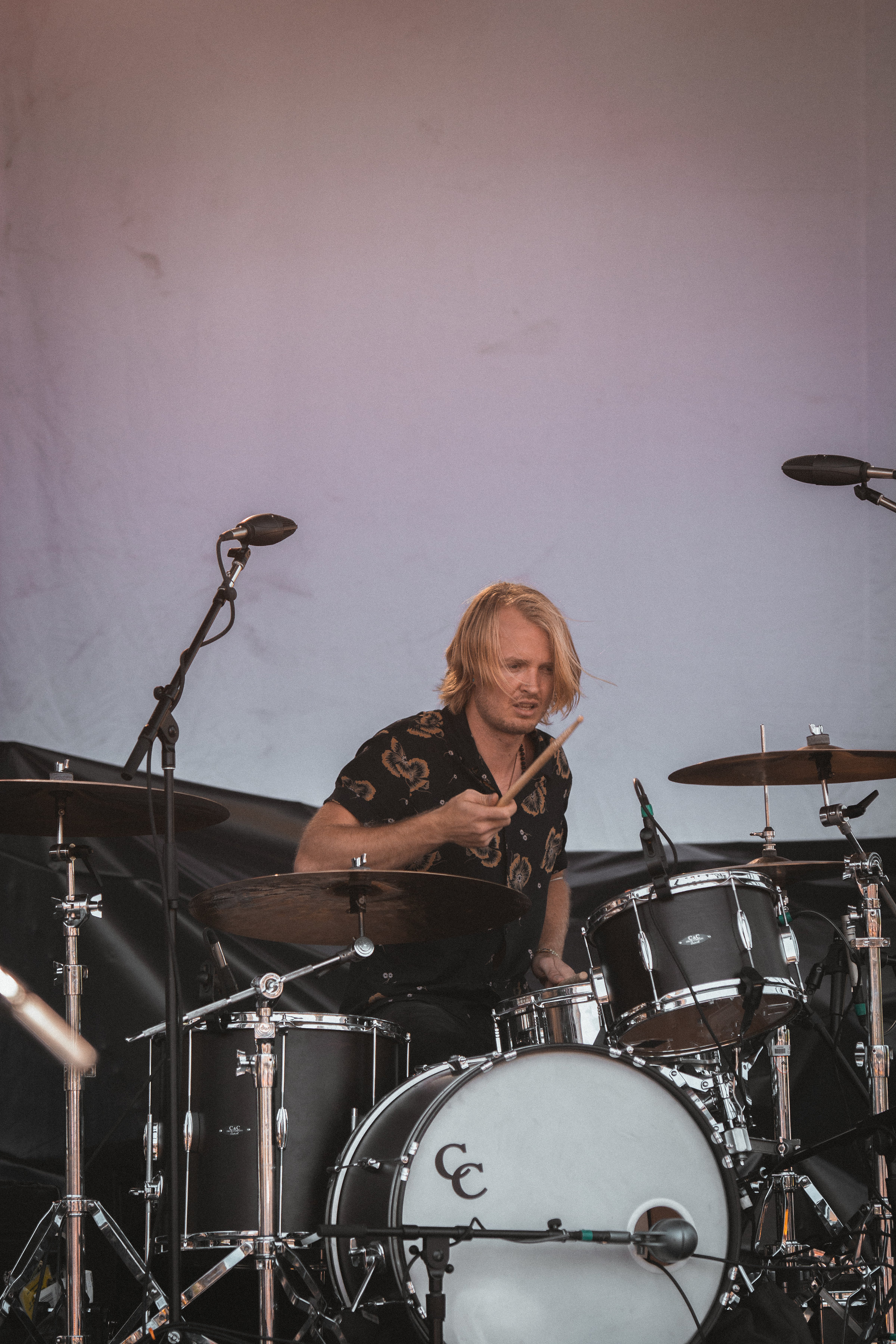 We strolled over to the Main Stage to see the indie rock newcomer Lucy Dacus, who has been built a strong fan base since the release of her critically acclaimed 2016 debut album, No Burden. Dacus and company took the stage and won over the crowd with her silky voice and poignant lyrics, as tender melodies oozed from the speakers; her presence softened the mood immediately, and took things from a massive festival stage to an intimate concert experience. Dacus performed with utter brilliance and kept things moving along wonderfully on a beautiful Saturday at on the Ohio River. 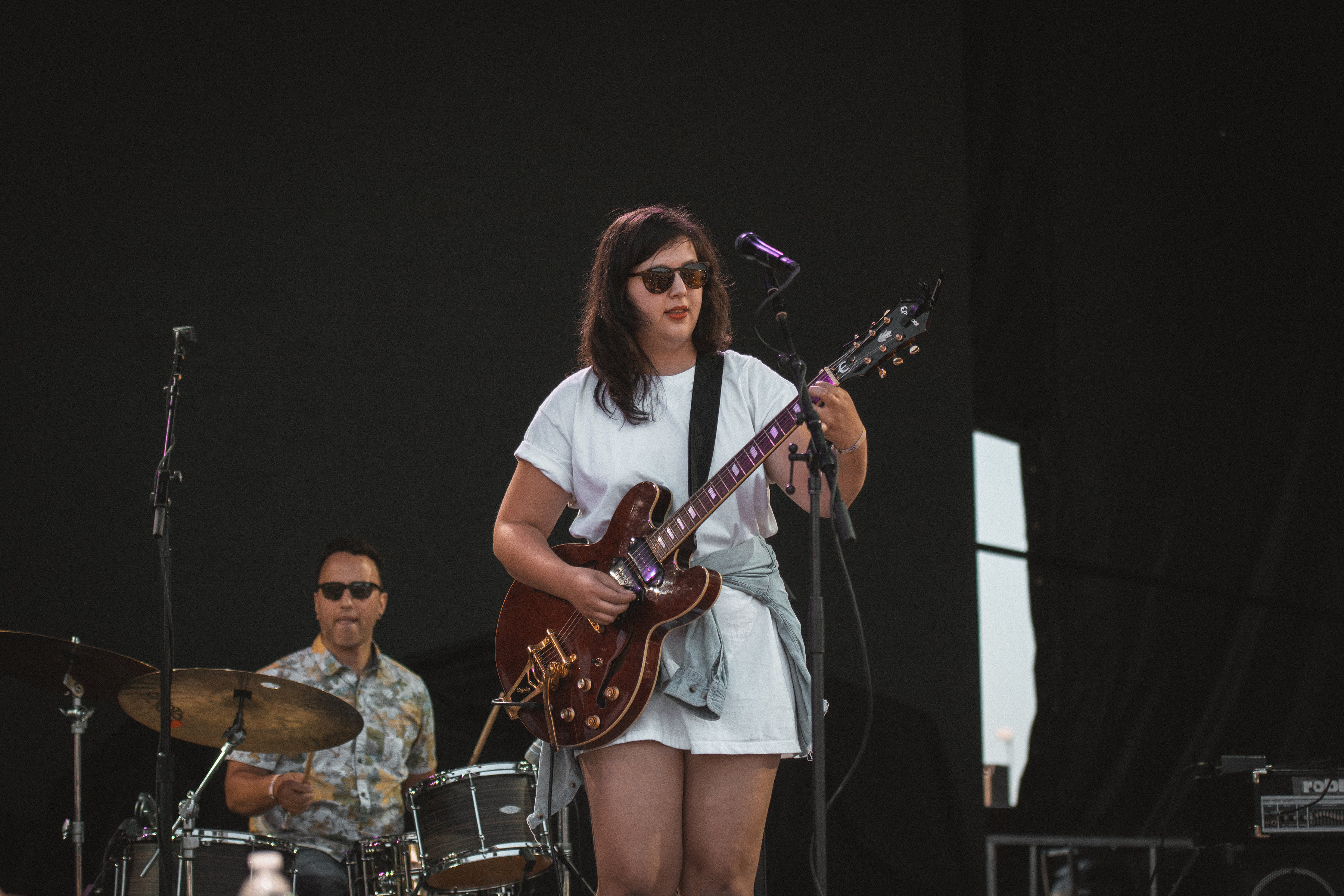 Back at the Boom Stage, we positioned ourselves closely to witness what would become one of the best sets of the day with Portland-based sister trio Joseph, a band that floors you from the very first note. They have that sibling voodoo thing, blood harmony, where their voices perfectly match each others’ timbre and tone in an unbelievable way. They were on a different wavelength, which turned the set into a spiritual experience. With the recent addition of a full band, their live show masterfully presented the power and angst in their songs and voices. Not only are they one of the most talented groups on the scene today, they write honest songs that are permeated with truth and longing, relatable in a fully authentic way—the definitely left every ounce of passion and energy on that stage. 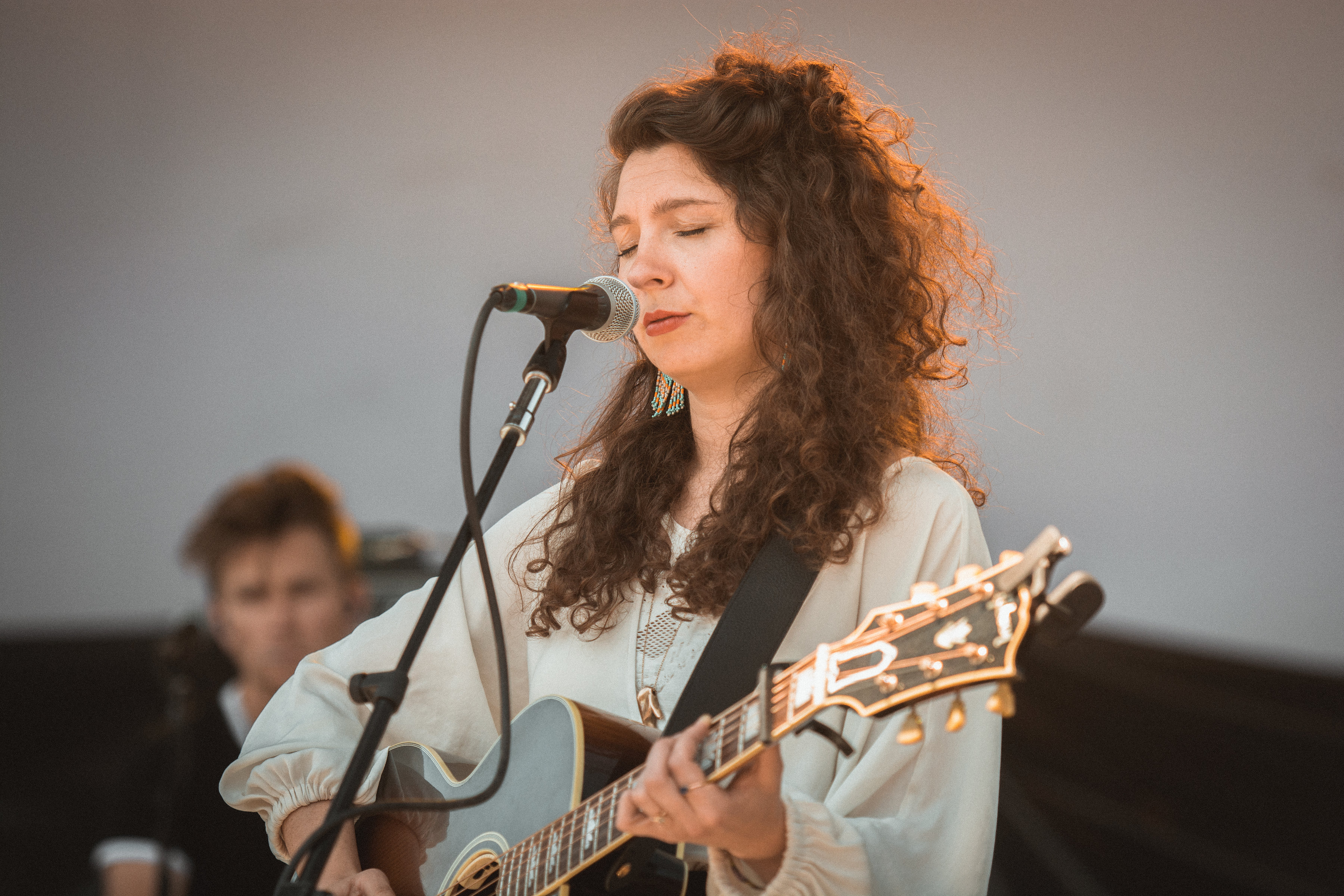 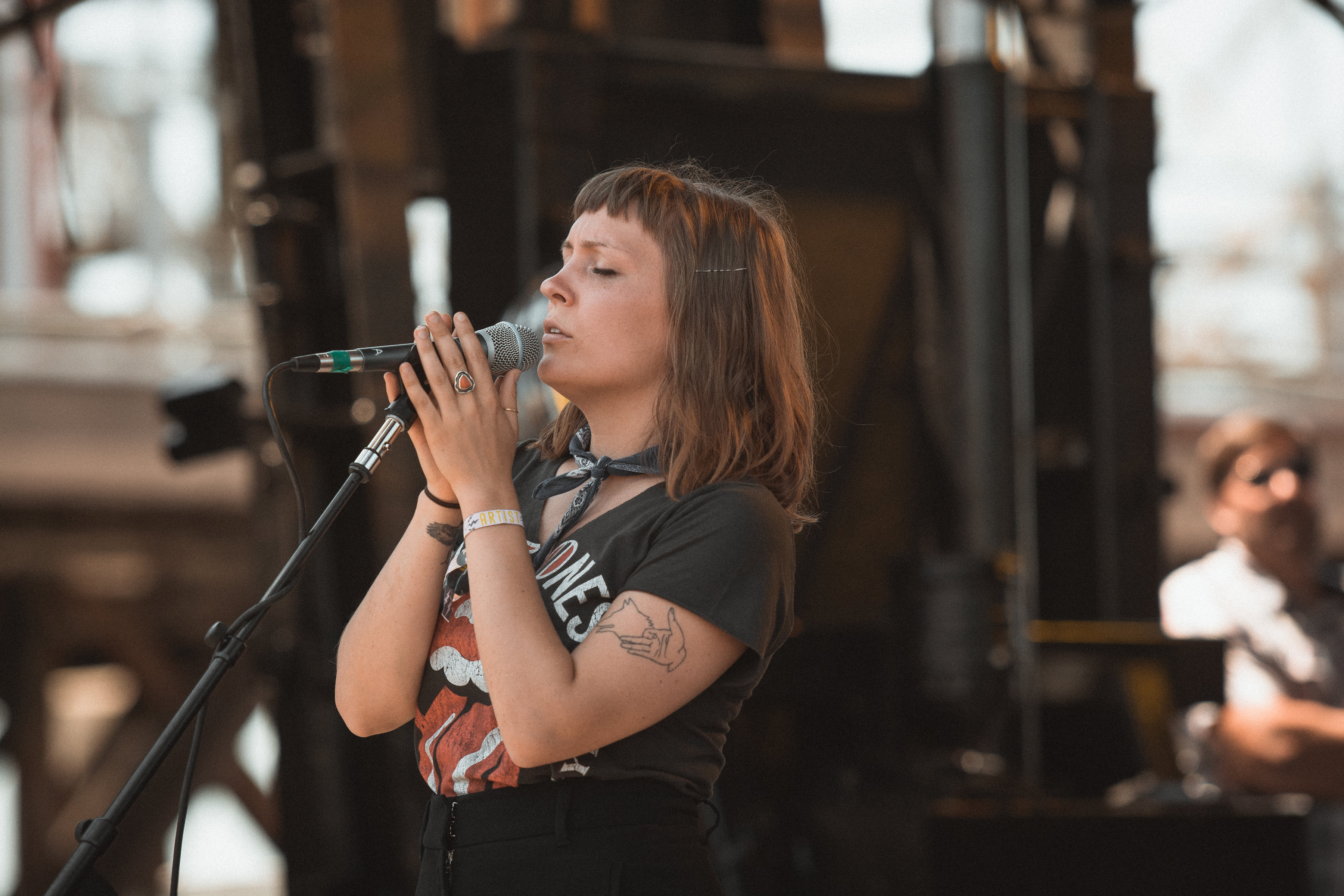 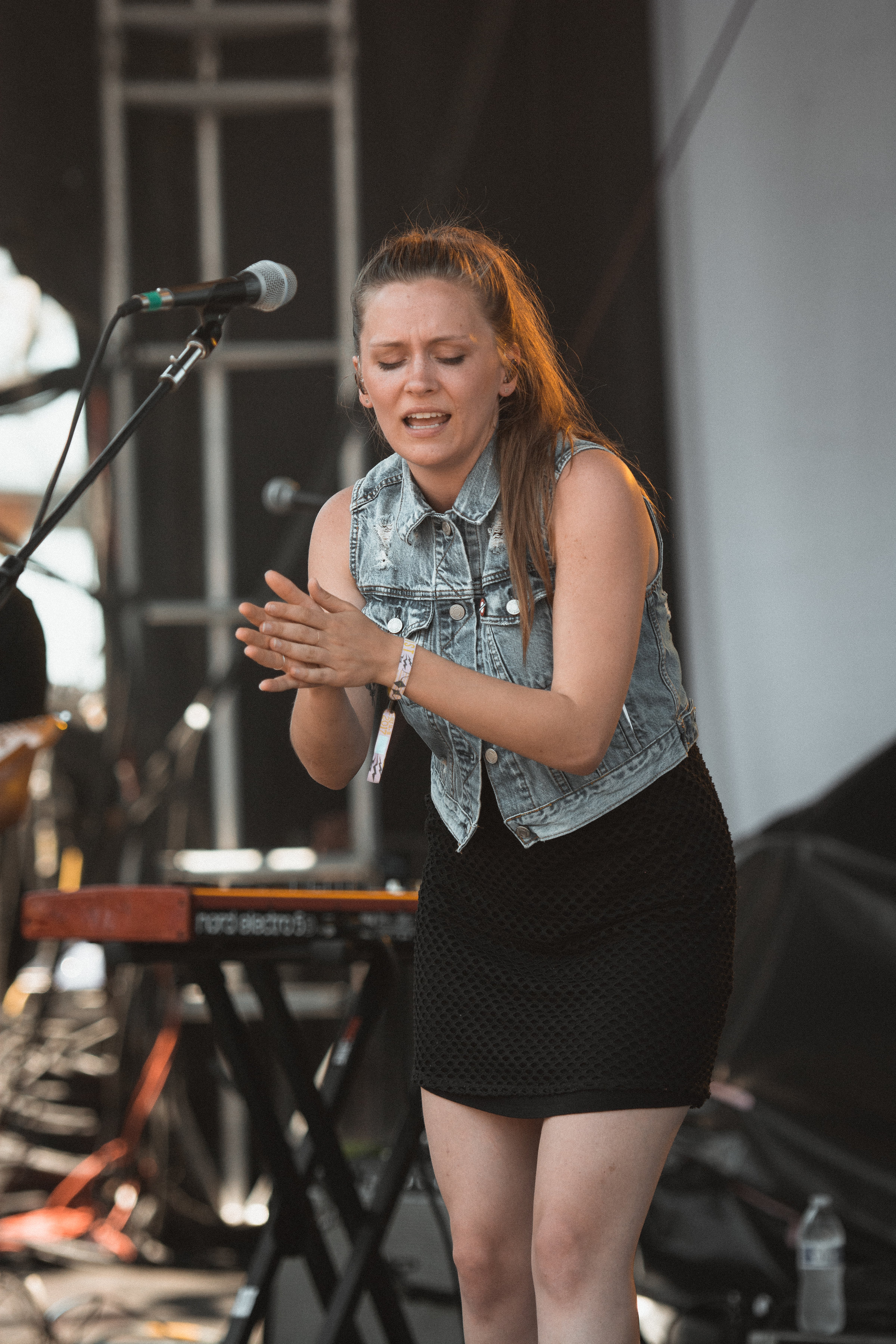 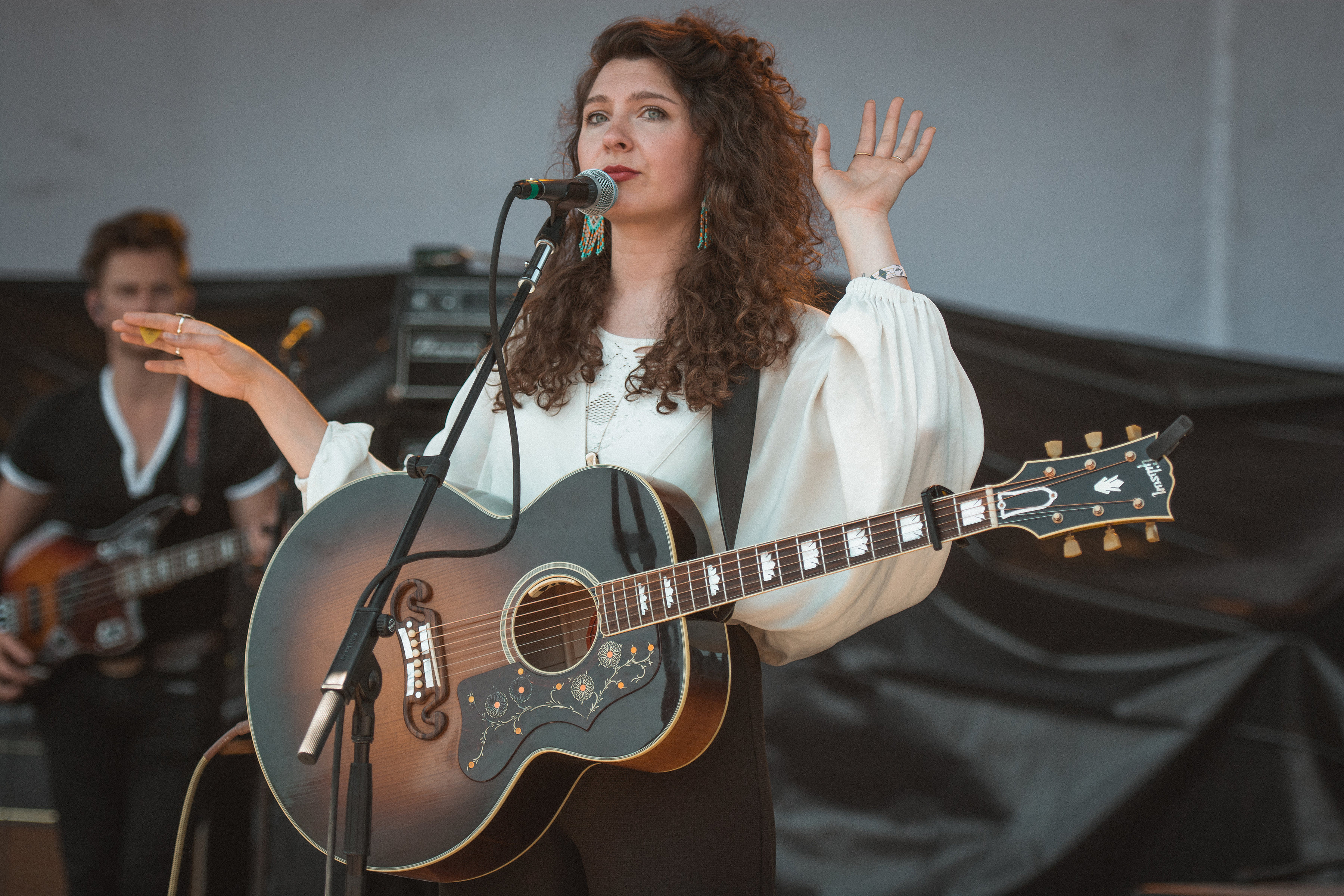 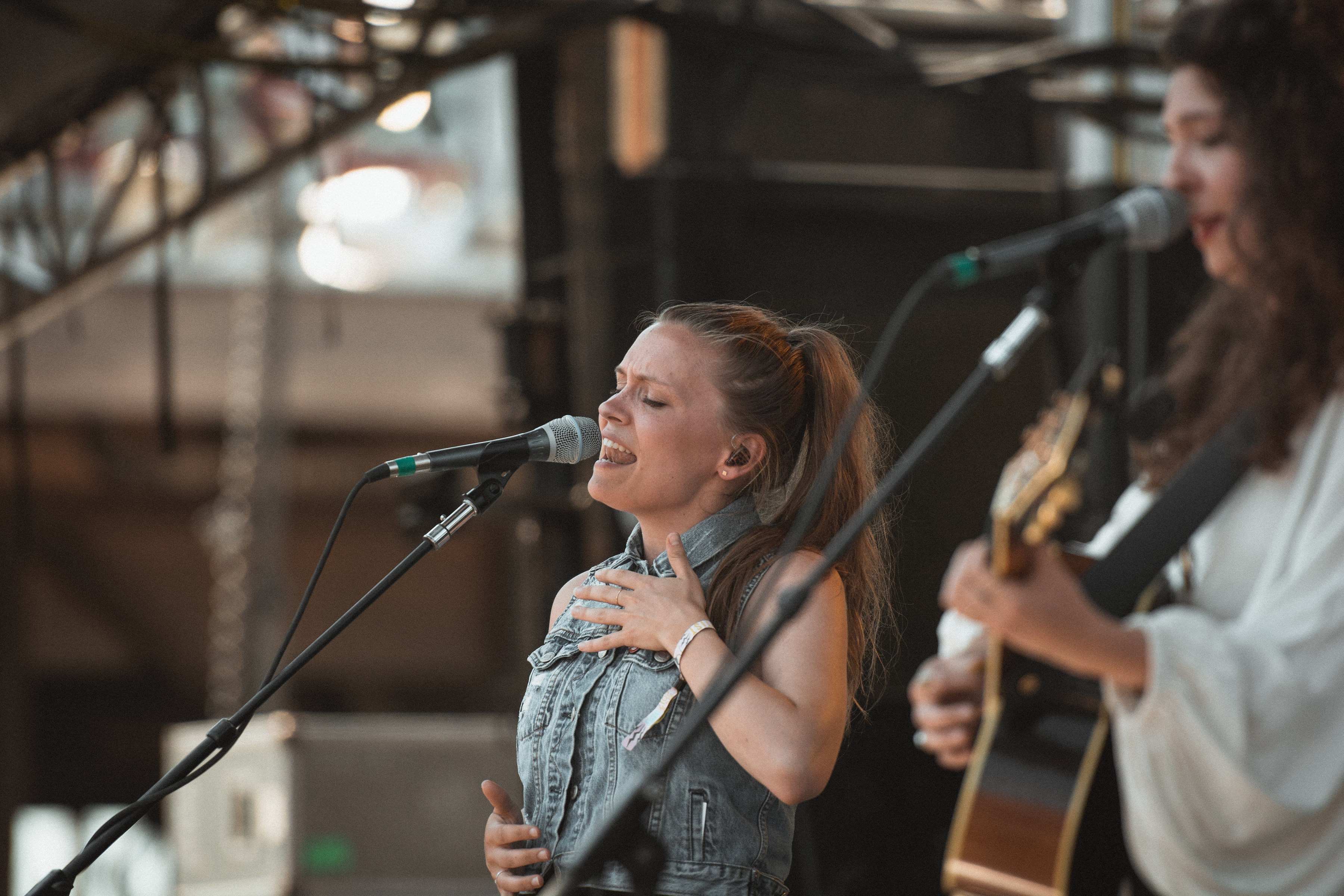 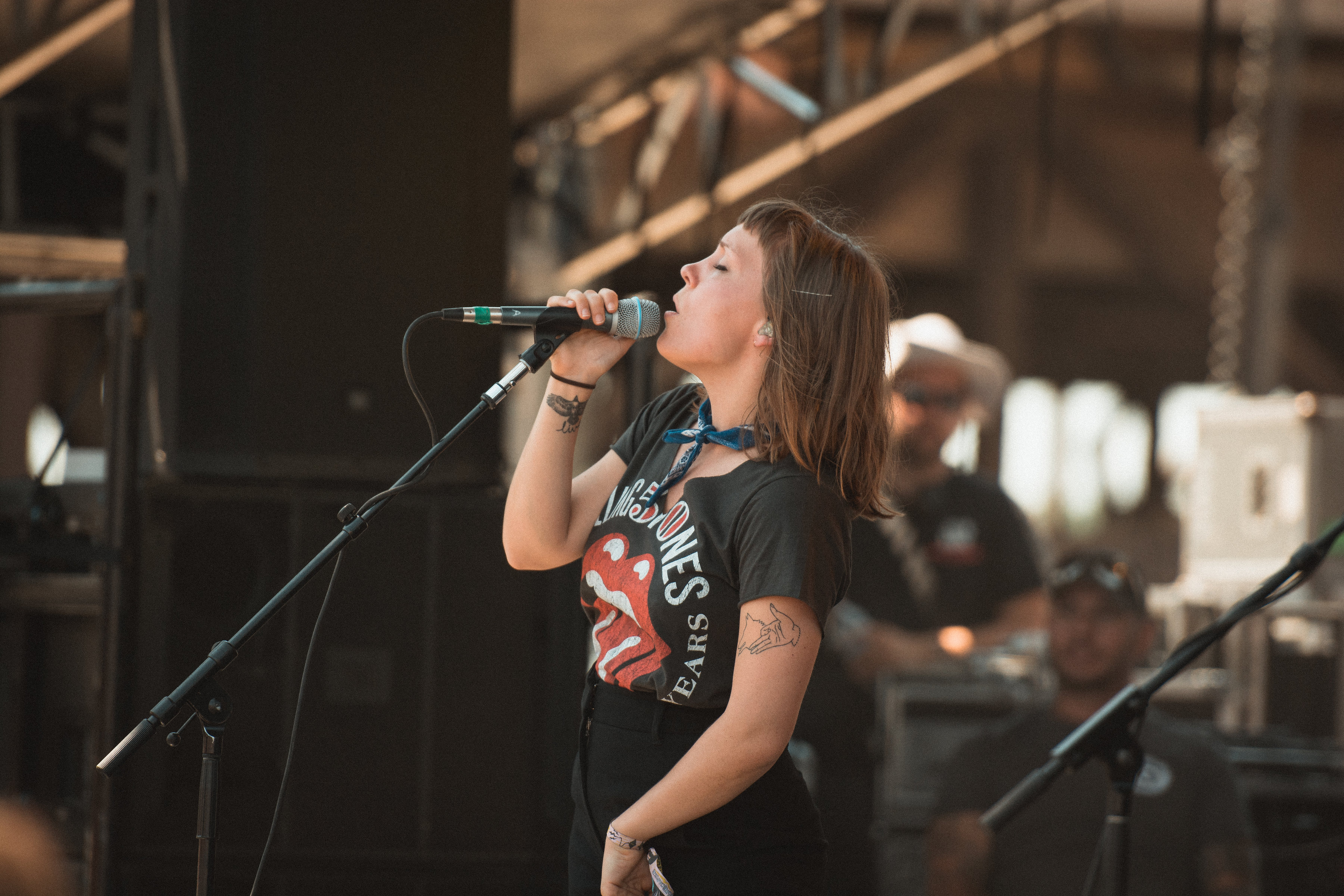 After feeble attempts to catch my breath and regroup post-Joseph, we headed back to the main stage to see the man who puts the “rock” in “rockabilly,” JD McPherson. McPherson takes his cues from the likes of Little Richard, Chuck Berry, and Fats Domino, yet is wholly unlike any artist I have seen; the band dialed into that timeless, classic sound, and had the entire crowd dancing throughout the performance. 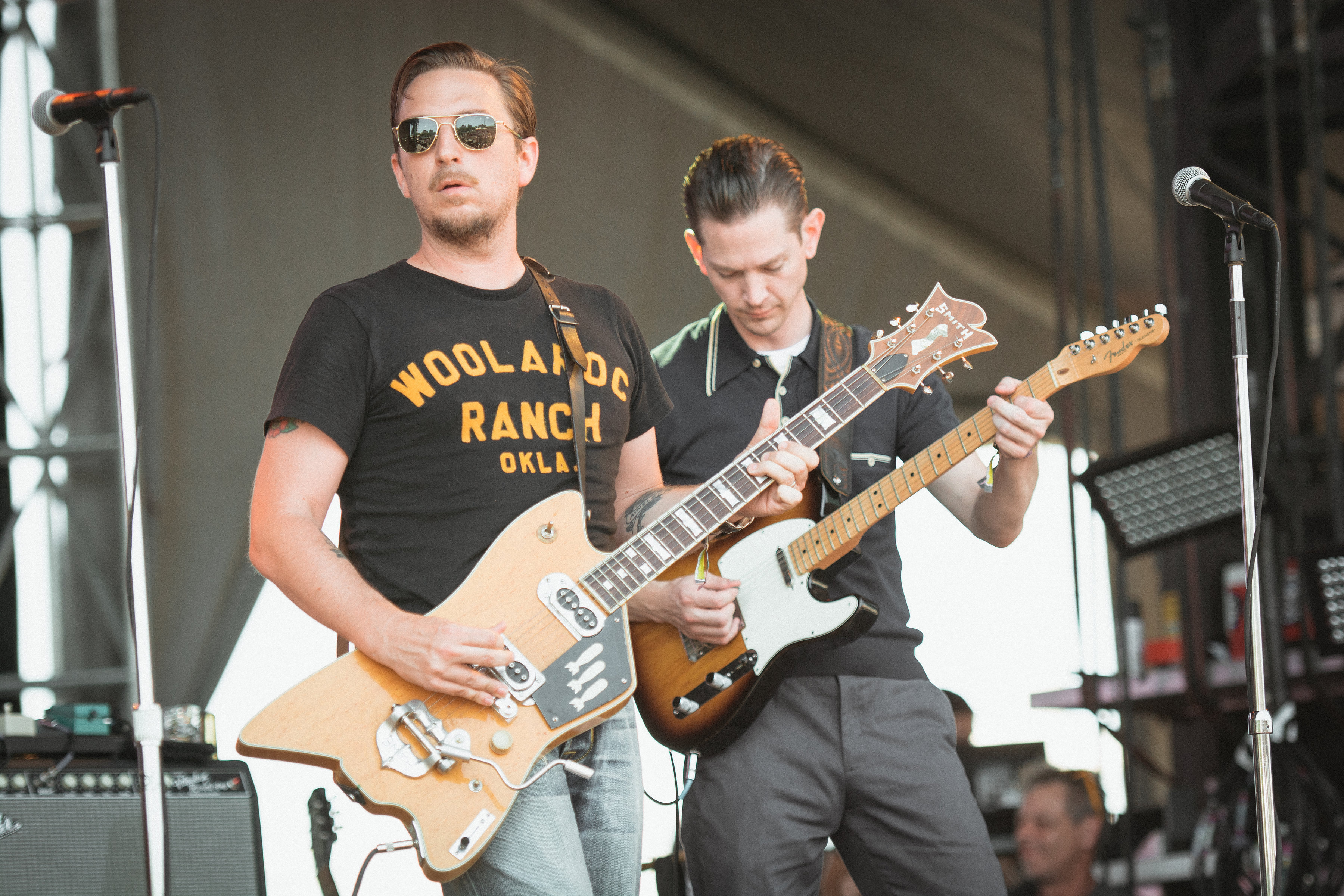 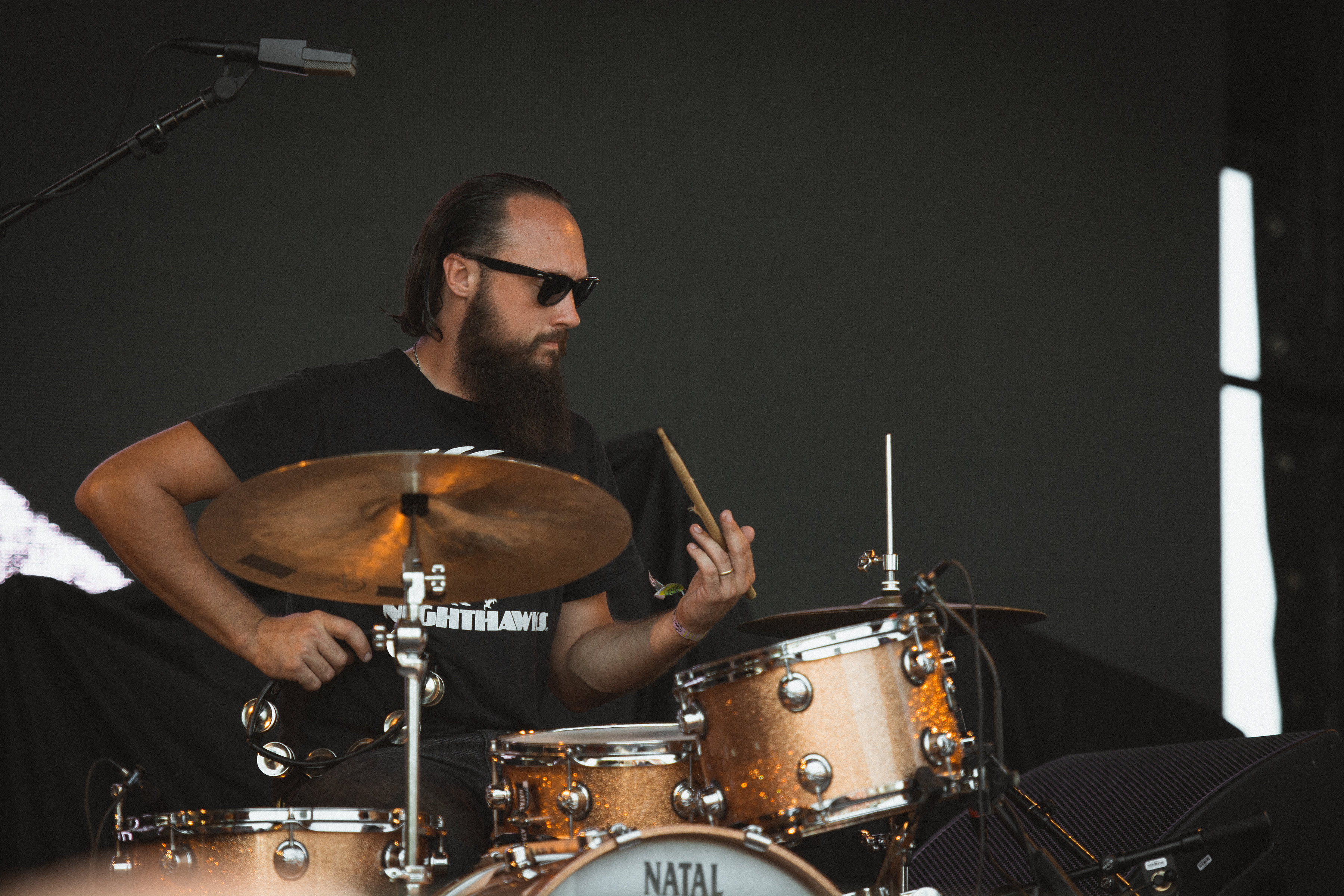 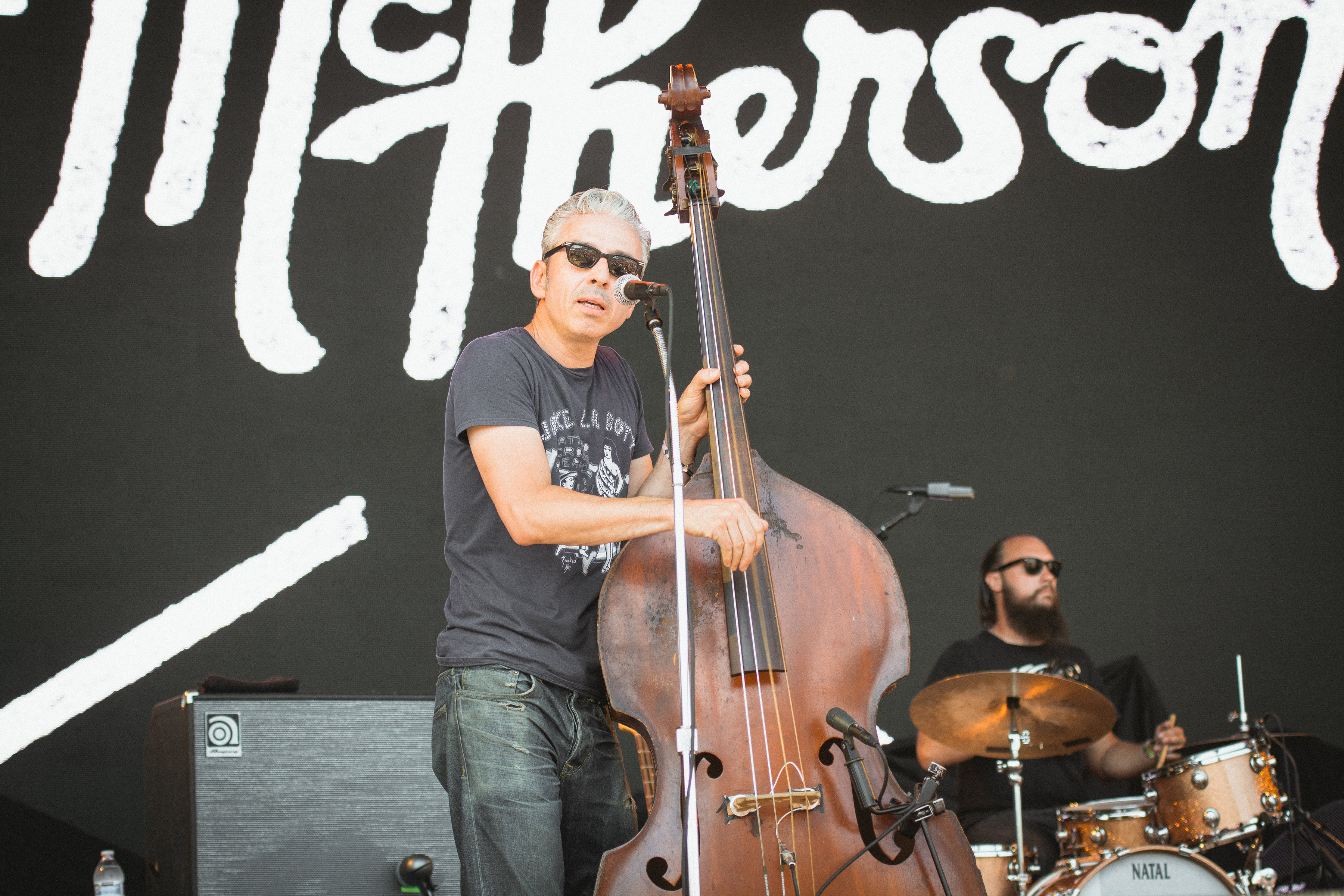 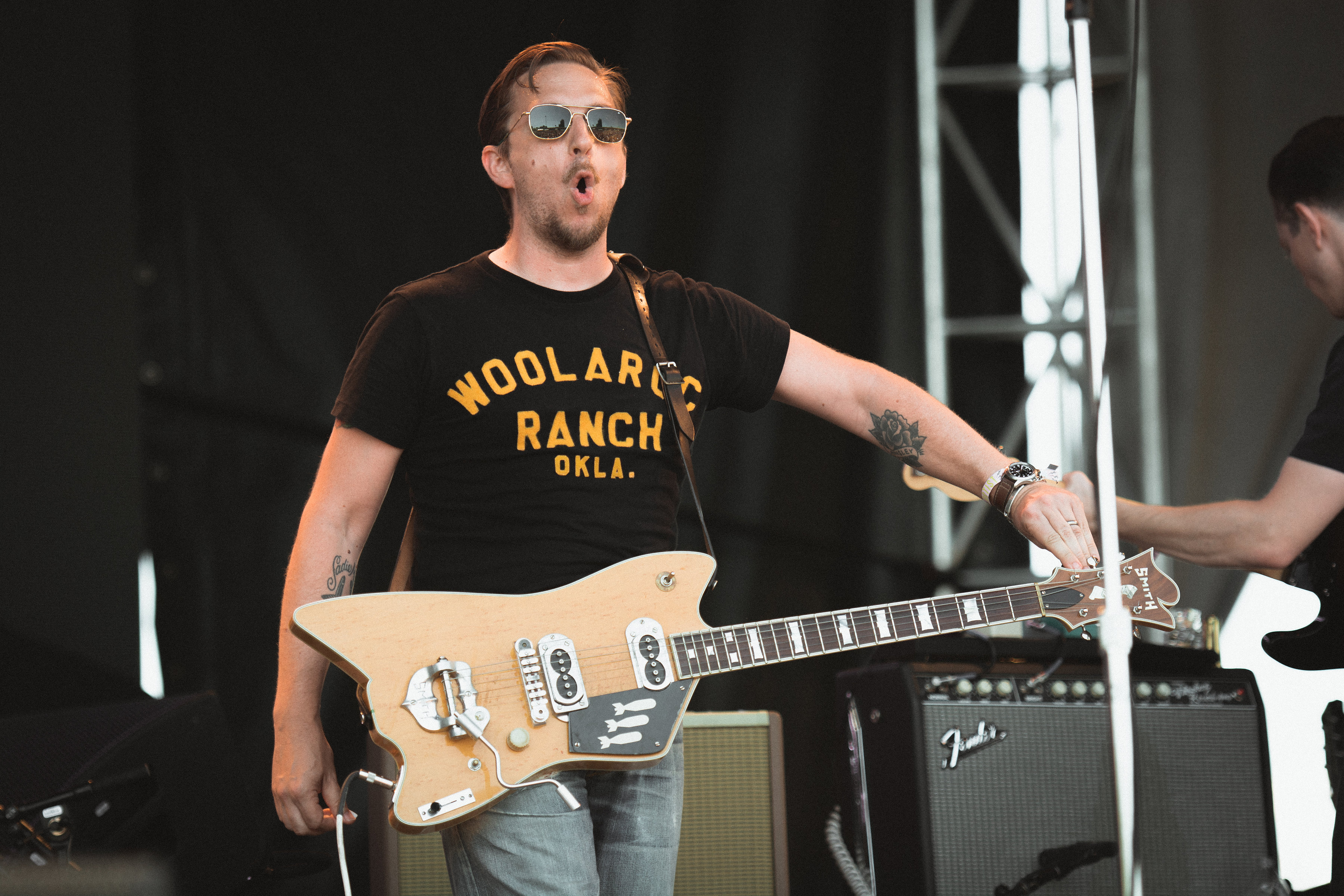 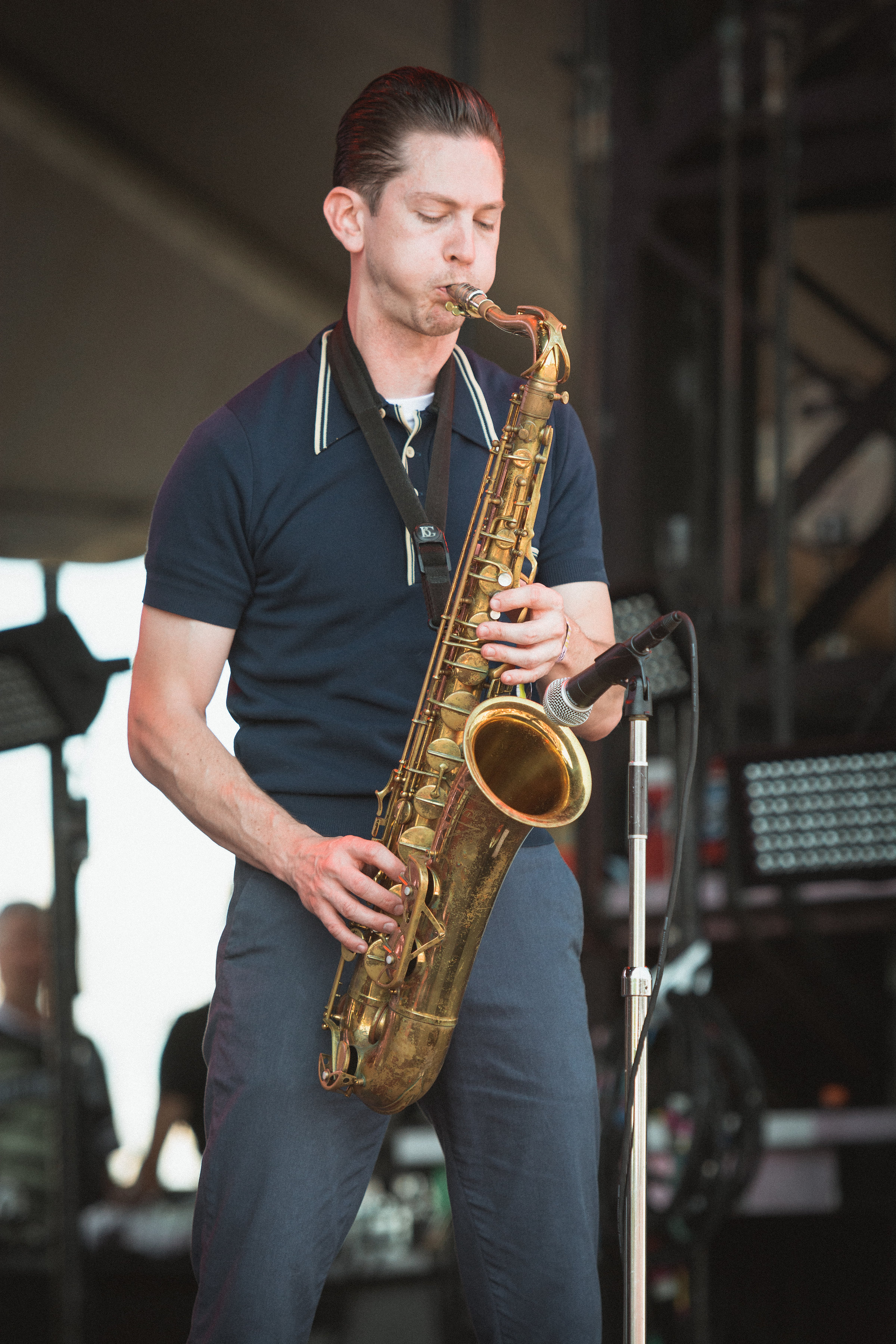 Staying planted at the Main Stage, we eagerly anticipated Nathaniel Rateliff and the Night Sweats; after a solo career of folk-inspired songs, Rateliff is now playing infectious soul music with his band The Night Sweats, which excites and delights critics and fans alike. The band and Rateliff took to the stage and it was electric from the first note to the end. The atmosphere was electric as the band performed with utter brilliance while the swooning crowd moved and swayed to the music. Playing songs from their debut album, and some new ones that have yet to be released, the show never lost momentum. The massive sound of the horn section and Rateliff’s howling vocals sent goosebumps across across our skin, one of the best sets of the entire weekend. 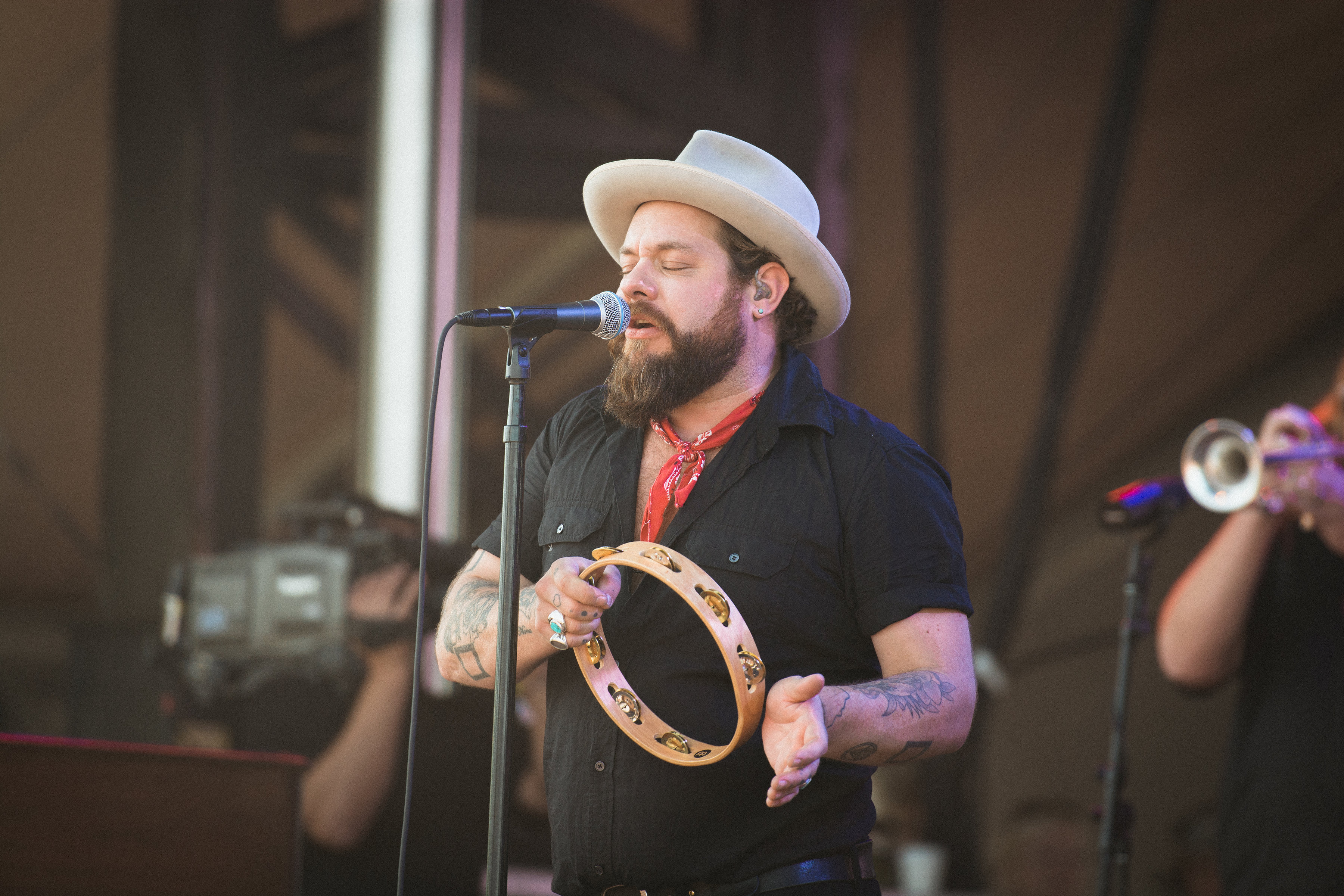 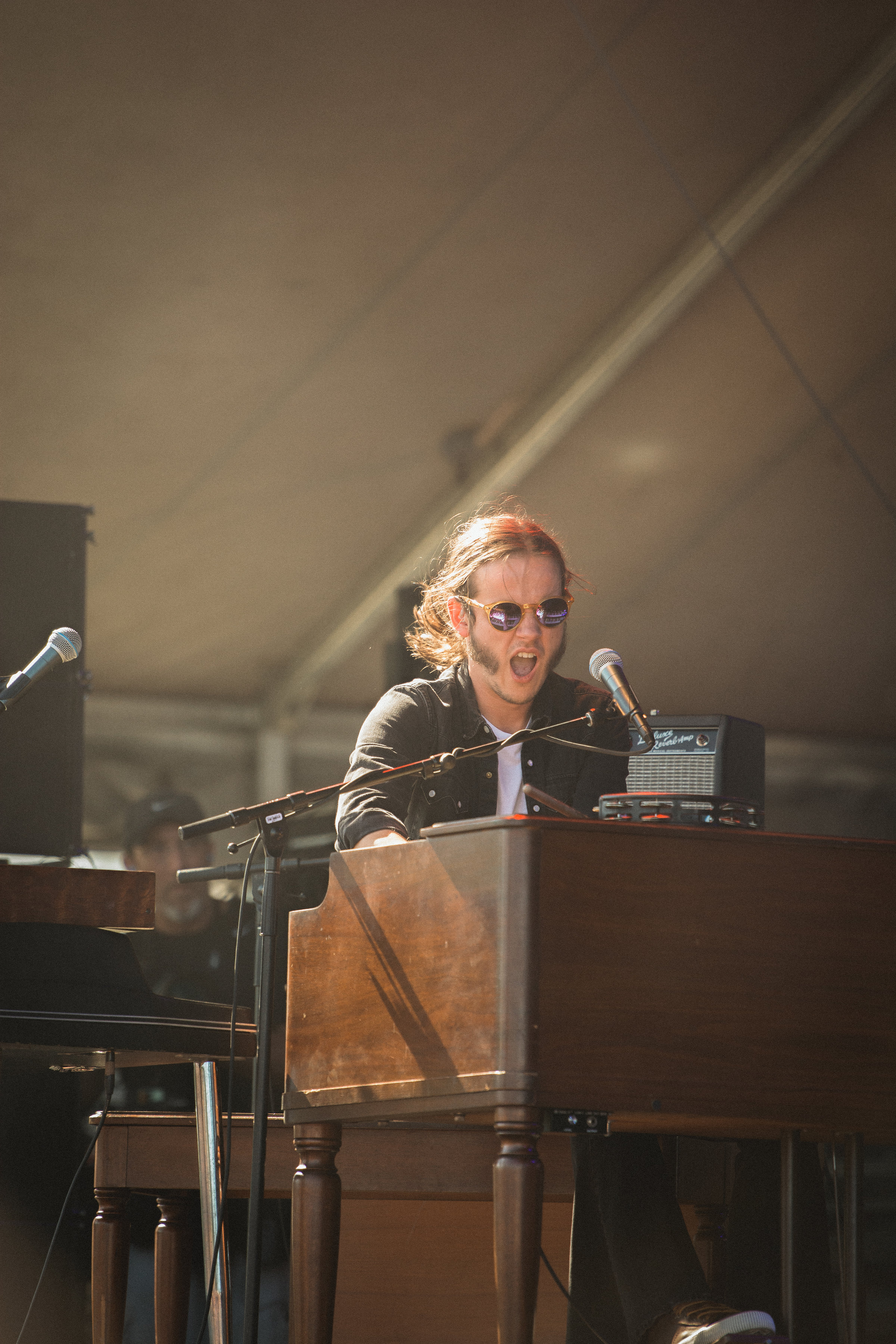 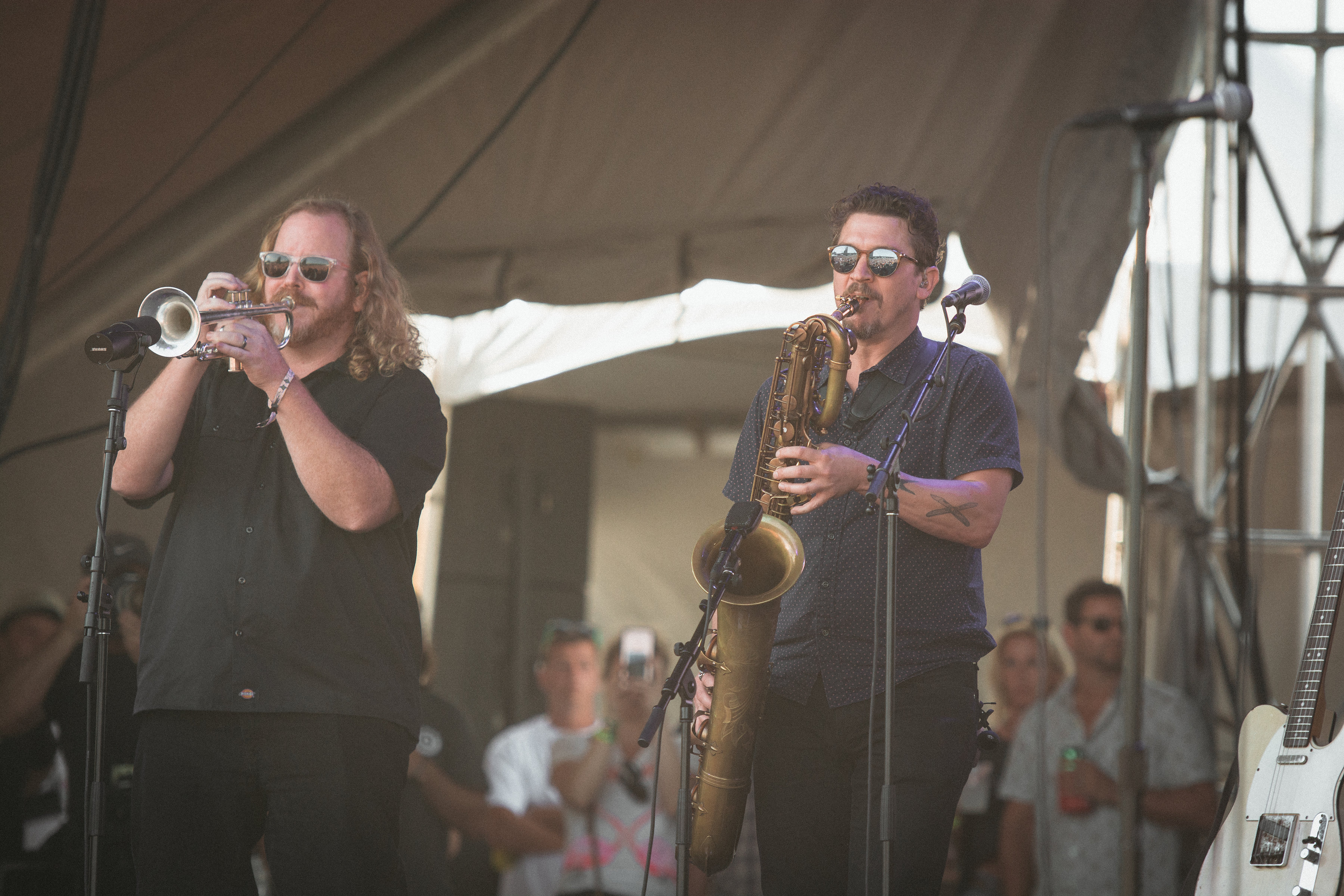 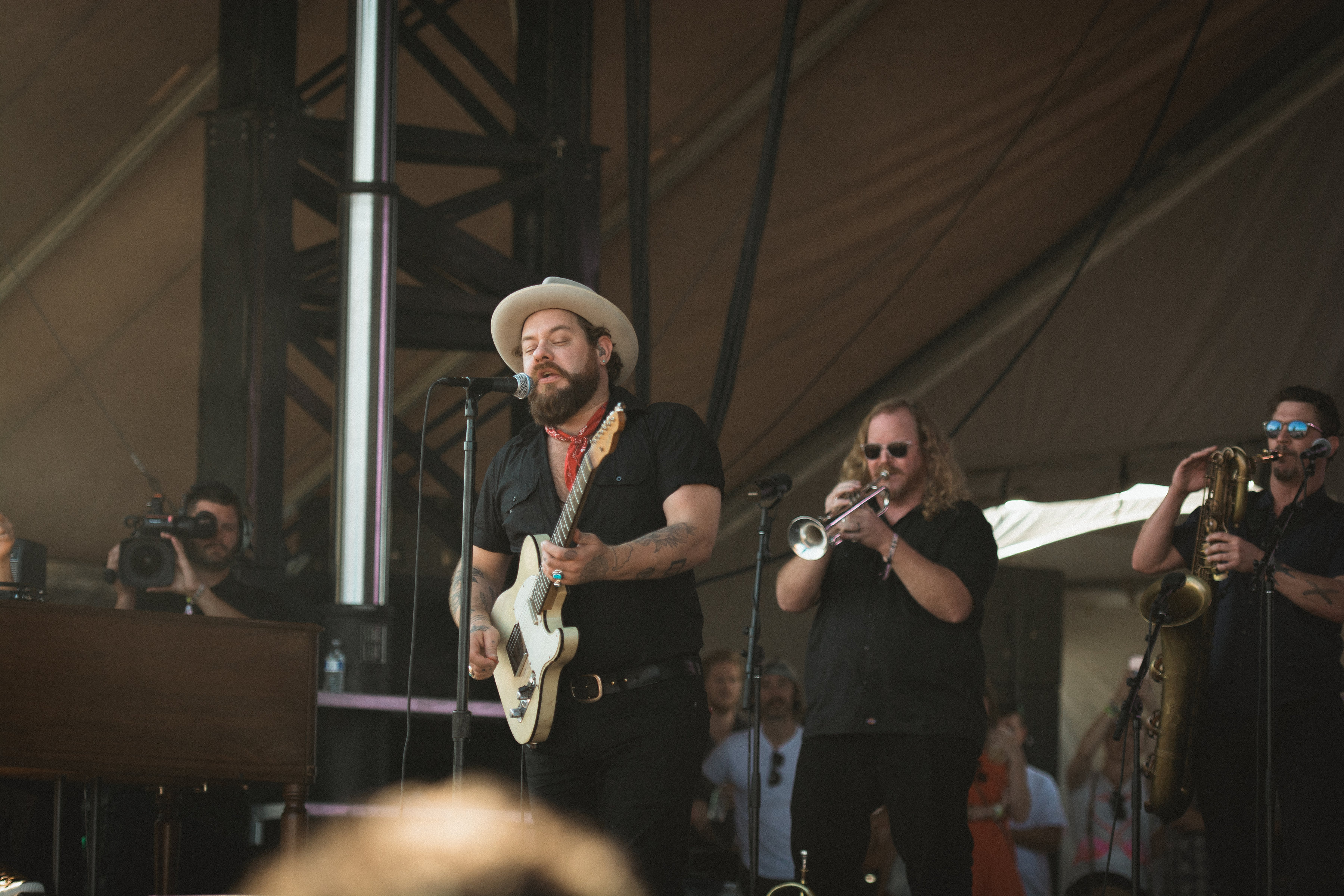 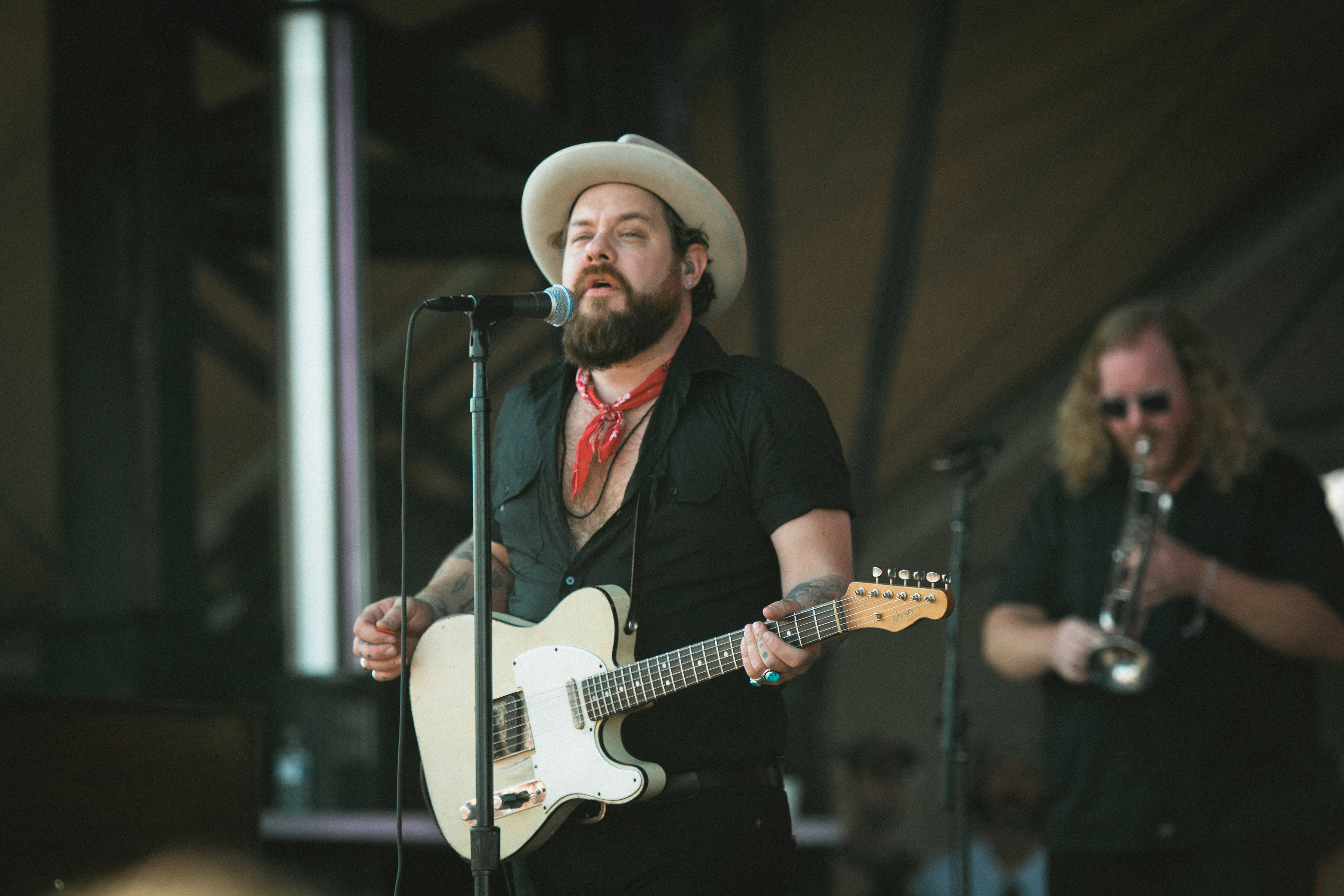 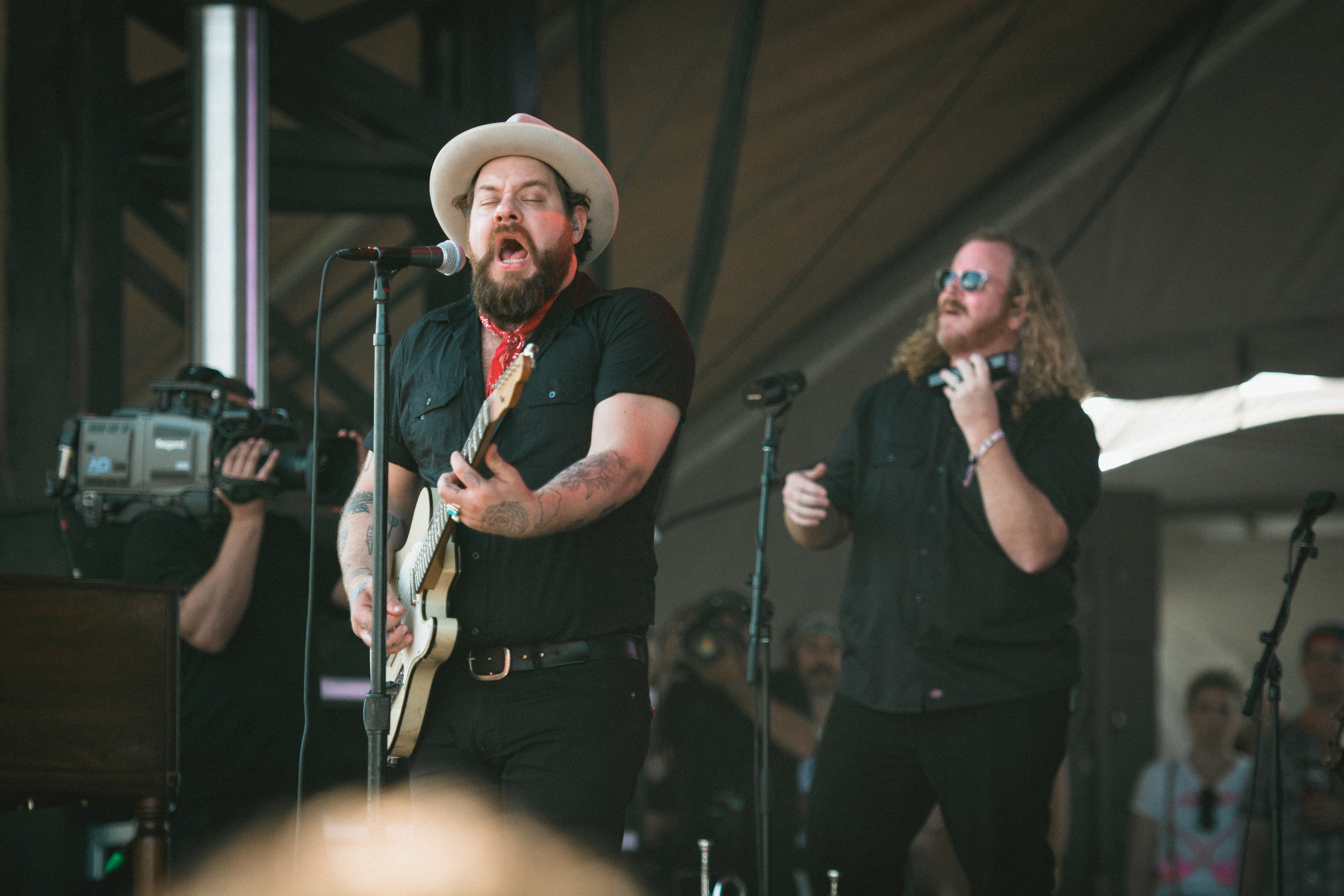 I made my way to the Port Stage just in time to catch North Carolina duo Mandolin Orange, whose brand of bluegrass transcends the genre. Accompanied by a full band, the pair sang new songs and some from deep within their increasingly vast catalogue. The band’s versatile songwriting and stellar musicianship was on full display; their beautiful harmonies and virtuosity complimented each other beautifully and created a wonderful change of pace at Forecastle. It was the perfect show for a sunset over the Ohio River. 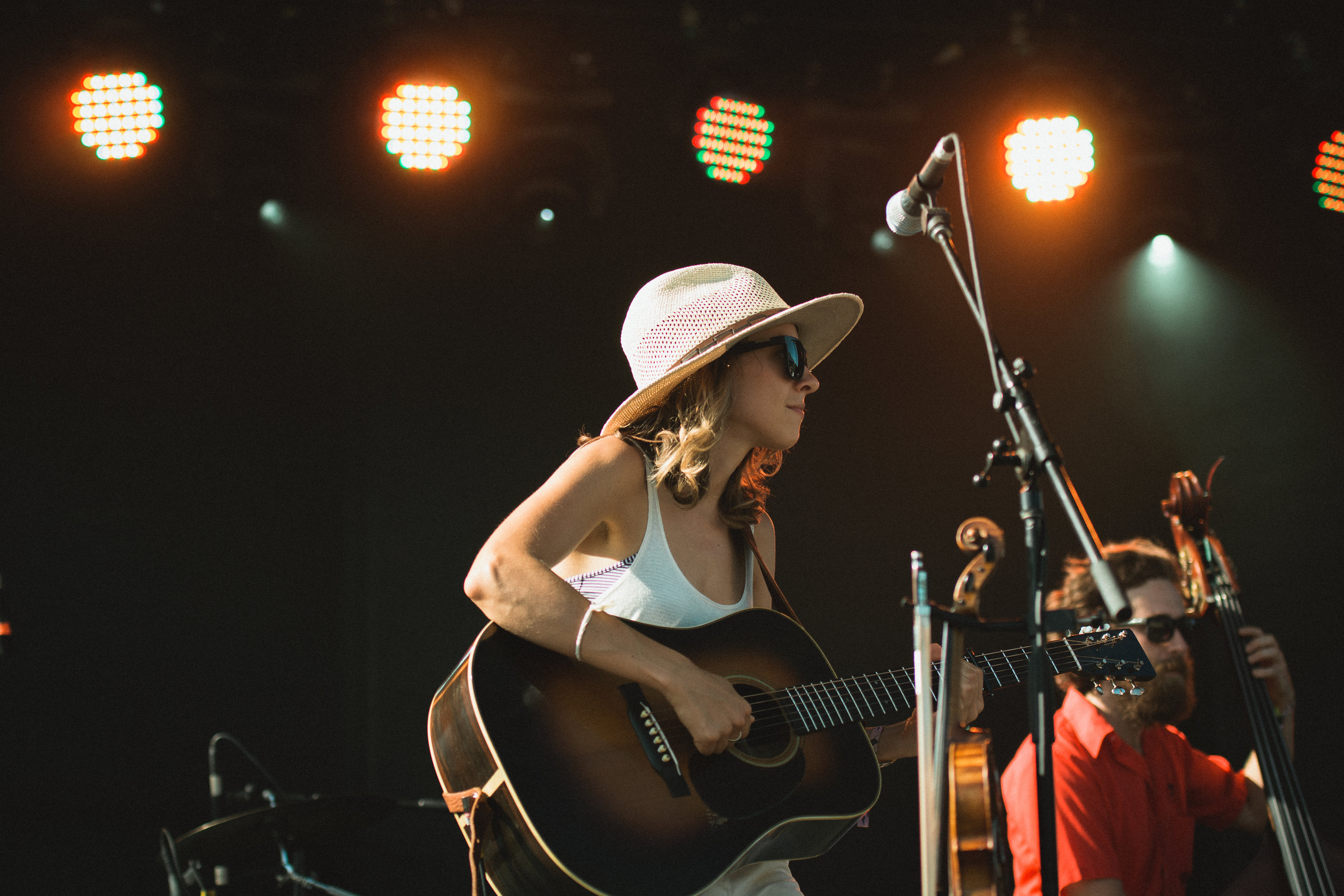 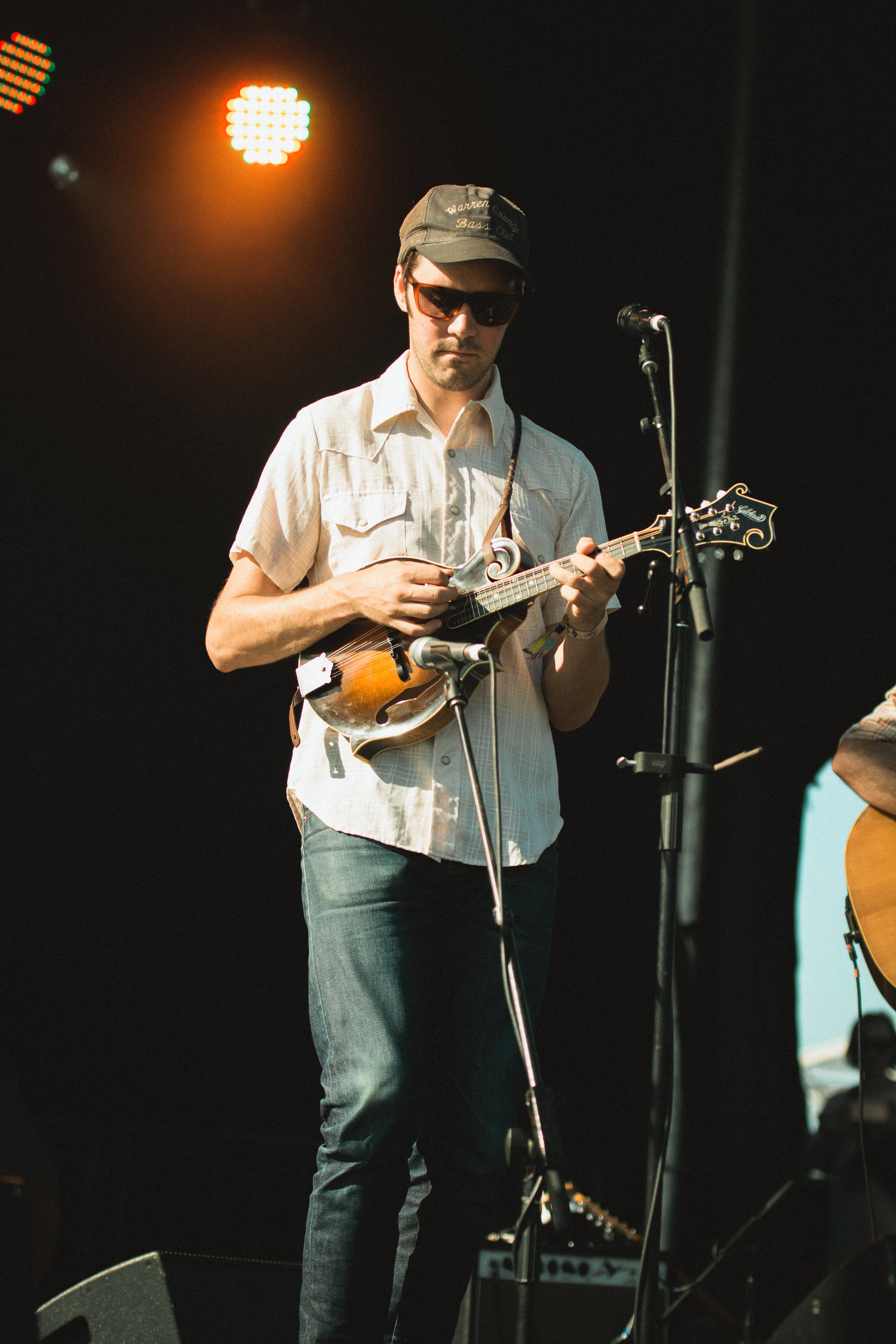 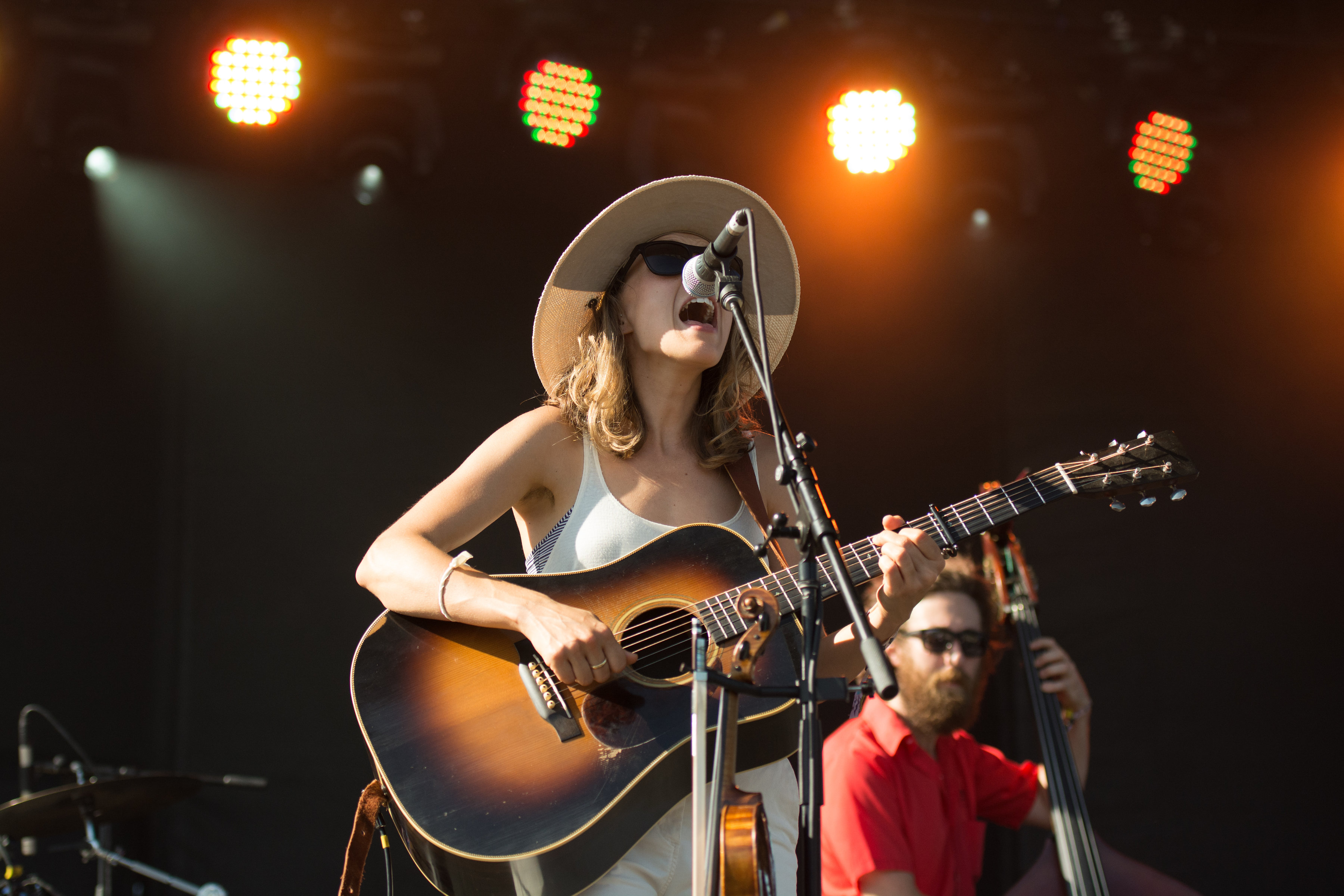 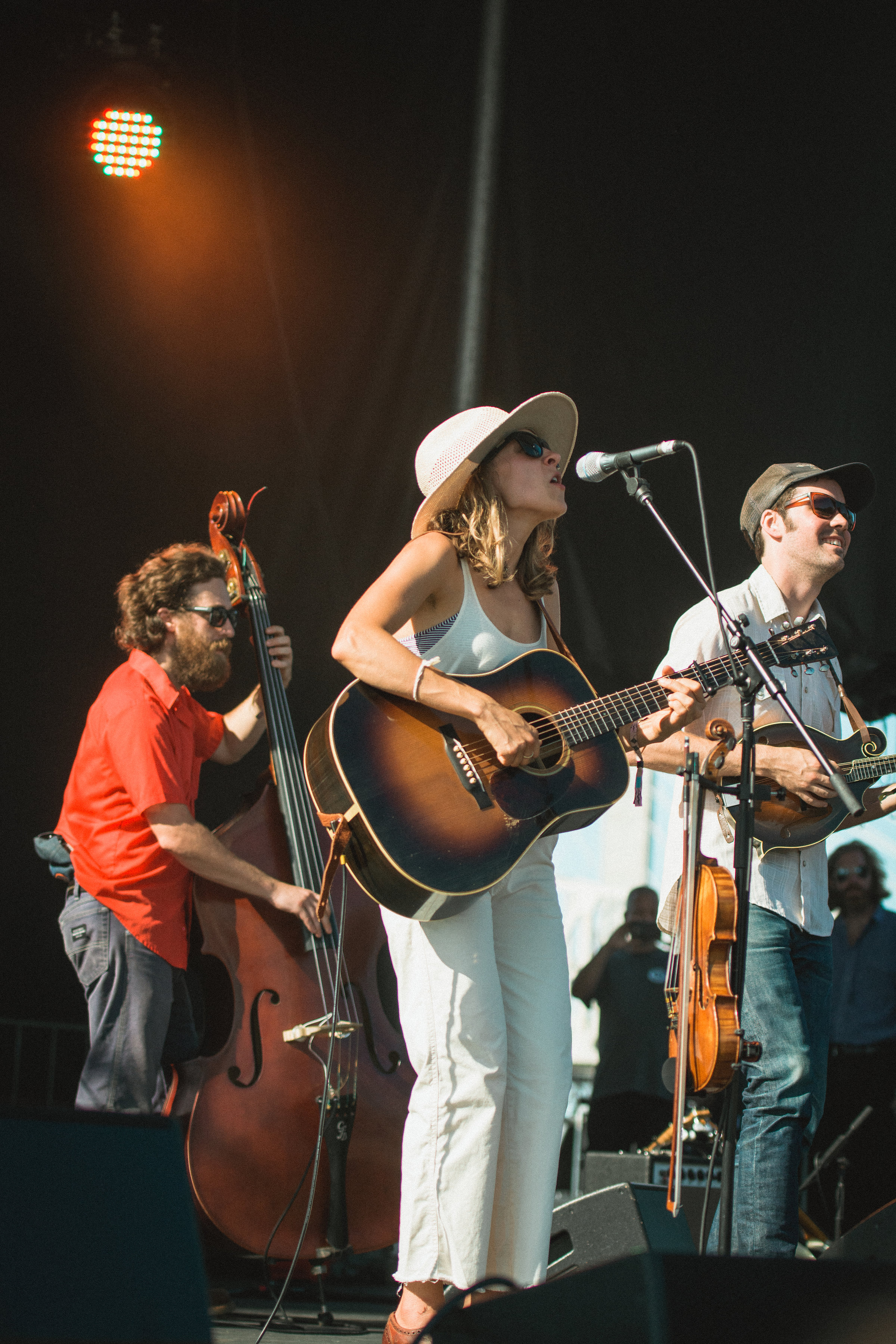 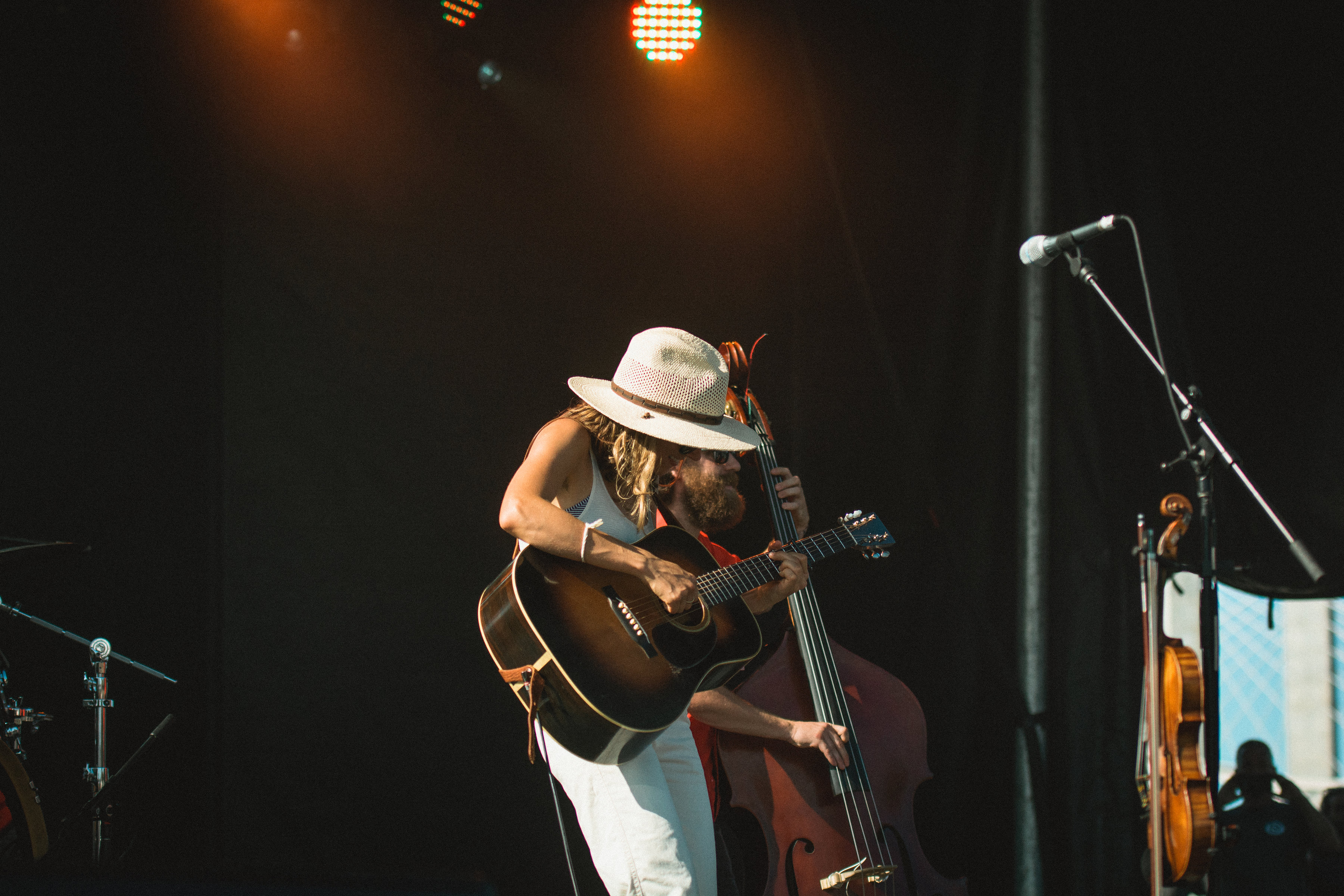 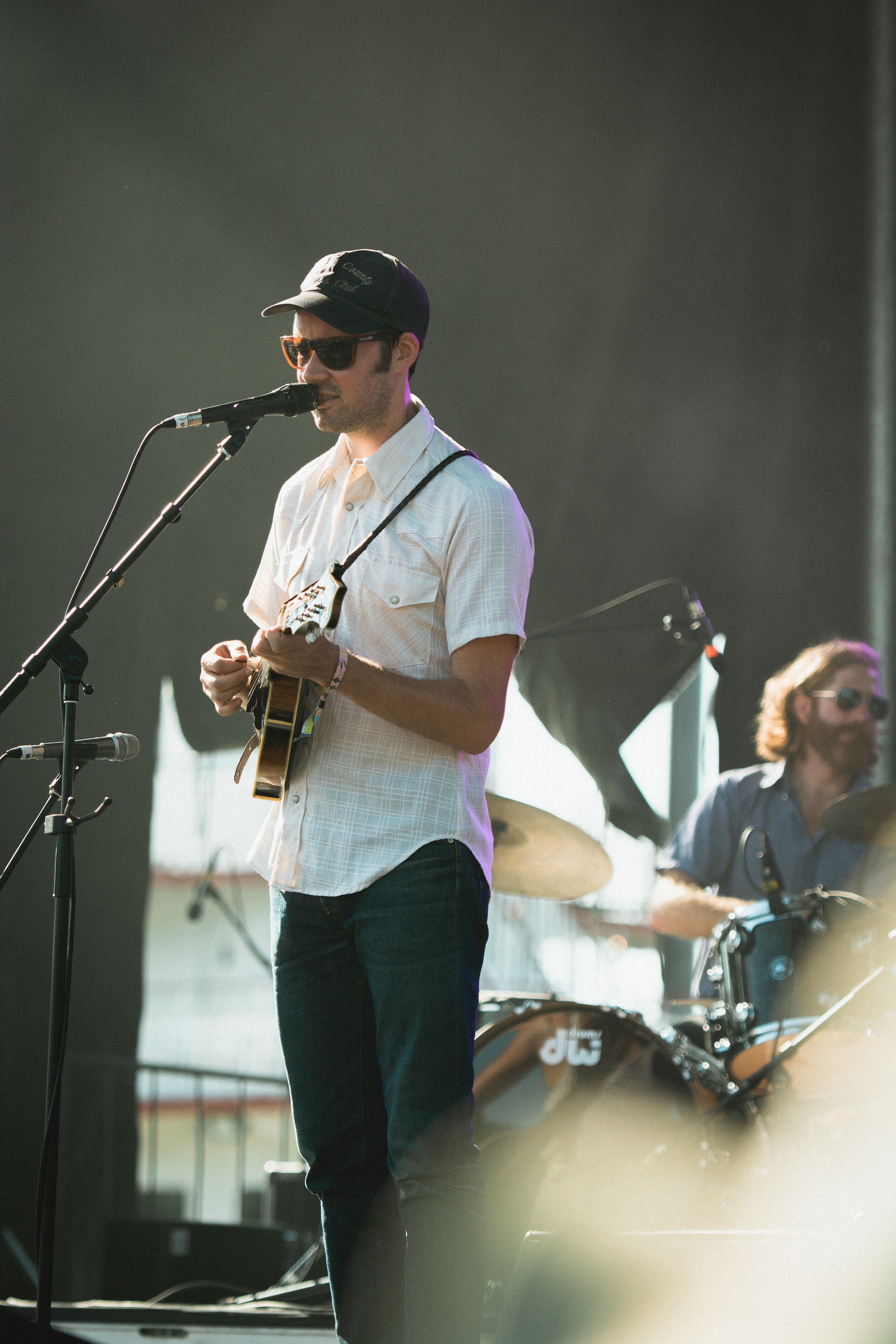 Next, I went back to the main stage to see one of my favorite artists making music today, Sturgill Simpson. I noticed right away that his usual lead guitar player and horn section were absent, which led to a totally different Sturgill Simpson show. From the first song it felt like the stage and the festival grounds wouldn’t be able to contain the intensity. Simpson and this newly configured band played with a fire and passion that was astounding, and the crowd reciprocated wholeheartedly. It was one of the most powerful concerts I have ever seen—Simpson shredded for the entire set, going into extensive jams on nearly every song. It’s no surprise that Simpson has exploded over the past couple years, as he puts on one of the best live shows around; he is breaking all kinds of rules in the music industry and it is so refreshing to sit back and watch. The sky is the limit for him, and we get to enjoy the ride.

[This review was crafted by the multi-talented James Farley; you can follow him at https://jamesfarleymusic.wordpress.com. These lovely photos were provided by the incomparable Nathan Pirkle; you can see more of his genius on display at http://nrpirkle.wixsite.com/photography.]