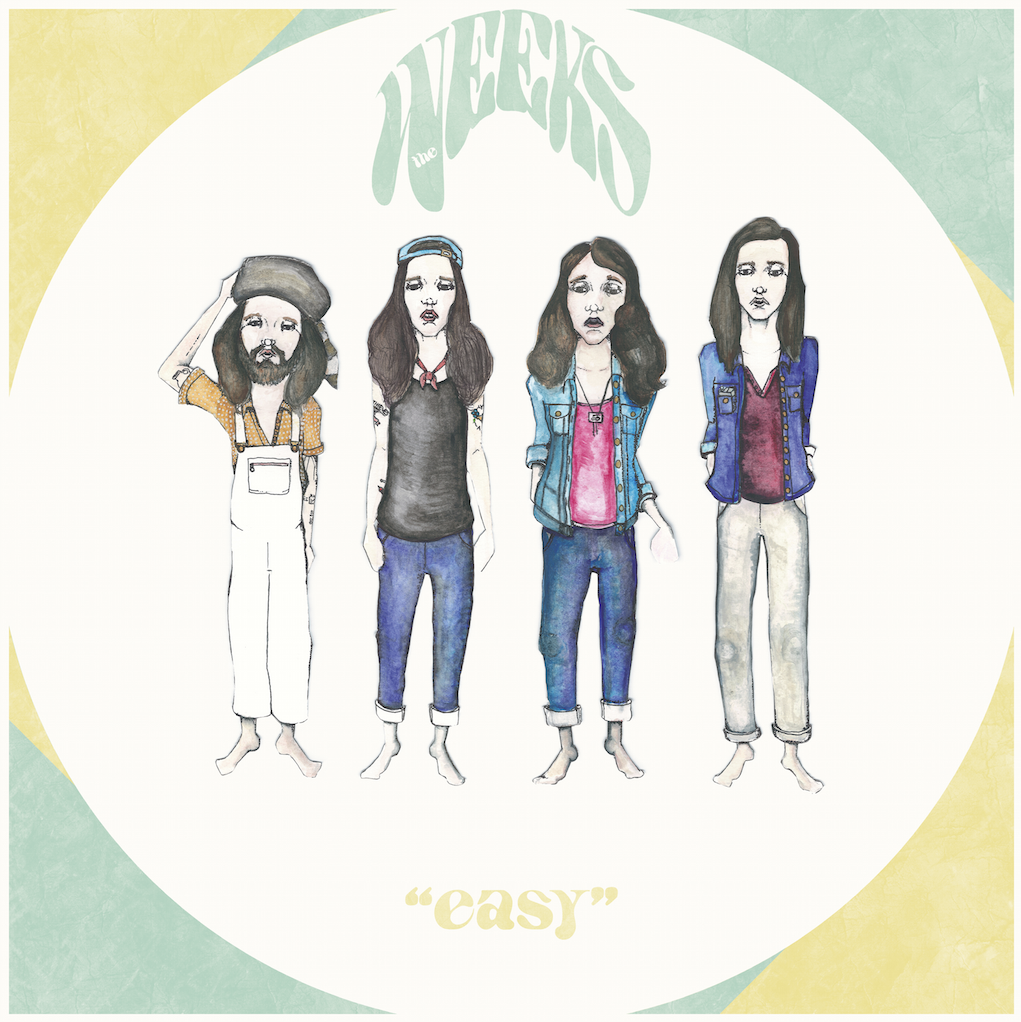 With their heritage in Jackson, Mississippi and their adoption of Nashville as homebase (a mutual adoption if you ask Nashville music lovers), it is easy to see why The Weeks have a well-deserved reputation as a “southern-rock band.” While creating their upcoming album, Easy, the group focused on simply making music knowing that their roots would shine through organically. “We weren’t as concerned about making it a southern rock record,” muses bassist Damien Bone. “The southern thing is always going to be a part of what we do.”  To get the proper mindset, the group recorded Easy at Ardent Studios in Memphis, which has captured the magic of rock and blues legends ranging from Joe Walsh to Booker T and the MGs.

Easy is the group’s third album and there is a definite maturity and polish in this offering.  After ten years of performing together, there is an obvious connection between the band members that opens the door to more creative freedom allowing diverse styles to meld into a cohesive album. Lead single “Talk Like That” is a trademark high-energy rocker with well-placed horns accenting the driving drum and guitar work—songs like this one render frequent comparisons to the Kings of Leon, who recently took The Weeks on tour and whose record label released their previous two albums.

The album title is a reflection of the band’s bond formed over the years performing together. “Every time I make music with these guys, it’s easy. It feels good,” reveals frontman Cyle Barnes. That feeling is reflected in album standout, “Gold Don’t Rust,” a raucous ode to the joy the group gets from simply being able to play their music as a band.  It’s on songs like this and another album guitar-party, “Sevens,” where the band’s true rock colors fly with a delightful old-school Foo Fighters meets old-school Red Hot Chili Peppers vibe.

The most recent single from the album, “Hands on the Radio,” digs into their sentimental side as they reminisce about lost romance–the musical inspiration from the storied Ardent Studios adding bluesy horns and mournful organ. The feels continue with album-ender “Don’t Be Sad,” with its paradoxical blend of melancholy undertones and uplifting spirit.  While “Don’t Be Sad” is different from your normal Weeks song, I felt compelled to mention it–the stark minimalism and contemplative lyrics cause such an emotional jolt that you are left pondering long after the song is over–an accomplishment for any artist and deserves recognition.

The Weeks dare to make music that they enjoy and to remind us that indie rock is still rock n’ roll. With Easy’s blend of uptempo scorchers with sticky blues-inspired funk, and it strikes just the right balance between diversion and brooding making it  easy to get down and dirty to their throwback-meets-modern style.

[This review was handcrafted with tender, loving care by the one and only George Maifair; you can catch up with him on Twitter–@georgemaifair.]