For folksy rockers The Harmaleighs, their show at the High Watt was a different type of homecoming. About two years ago, the duo of Haley Grant (lead vocals and guitar) and Kaylee Jasperson (bass and harmonies) traded the comfort of their Nashville apartment for the life of touring road warriors. While a lot has changed in Nashville over the last two years, the local love for great music remains as strong as ever.

The intimacy of the High Watt was the perfect match for the duo’s charming storytelling stage presence–a refreshing blend of confidence and humility.  Between the funny, and often revealing, tales between songs and their contemplative-yet uplifting-vibe, the evening was more like shared memories with a living room full of friends. The show embraced simplicity with only the addition of electric guitar to Grant’s crisp acoustic and Jasperson’s rhythm-leading electric bass, allowing the lyrics to shine.

Choosing to sacrifice stability in order to share their vision, a lot of their songs and stories are inspired by the ups and downs of the road. One of the payoffs was the rise of “I Keep Ticking On,” which the band said gave them comfort from nights spent sleeping in their van in parking lots while touring. The fan-favorite filled the room with palpable energy, as the live version featured additional driving rock guitar to get the crowd engaged.

Near the end, we learned that the group’s new song “Lady Brain,” was inspired by their feelings after being told that they were pretty good musicians “for being girls.”  The crowd supported the duo’s message with a roar of boos for the offending sexism and were rewarded with a sneak peak of the new song, which featured a blend of acoustic and electric guitar and a vocal sound that created a distinctive Americana-pop vibe.

With their engaging presence, introspective lyrics, and upbeat sound, it seems inevitable that The Harmaleighs are primed to explode in the indie rock scene.  For the lucky crowd watching from the cozy confines of the High Watt, we were given bragging rights that we were there, on that night, in the years to come. 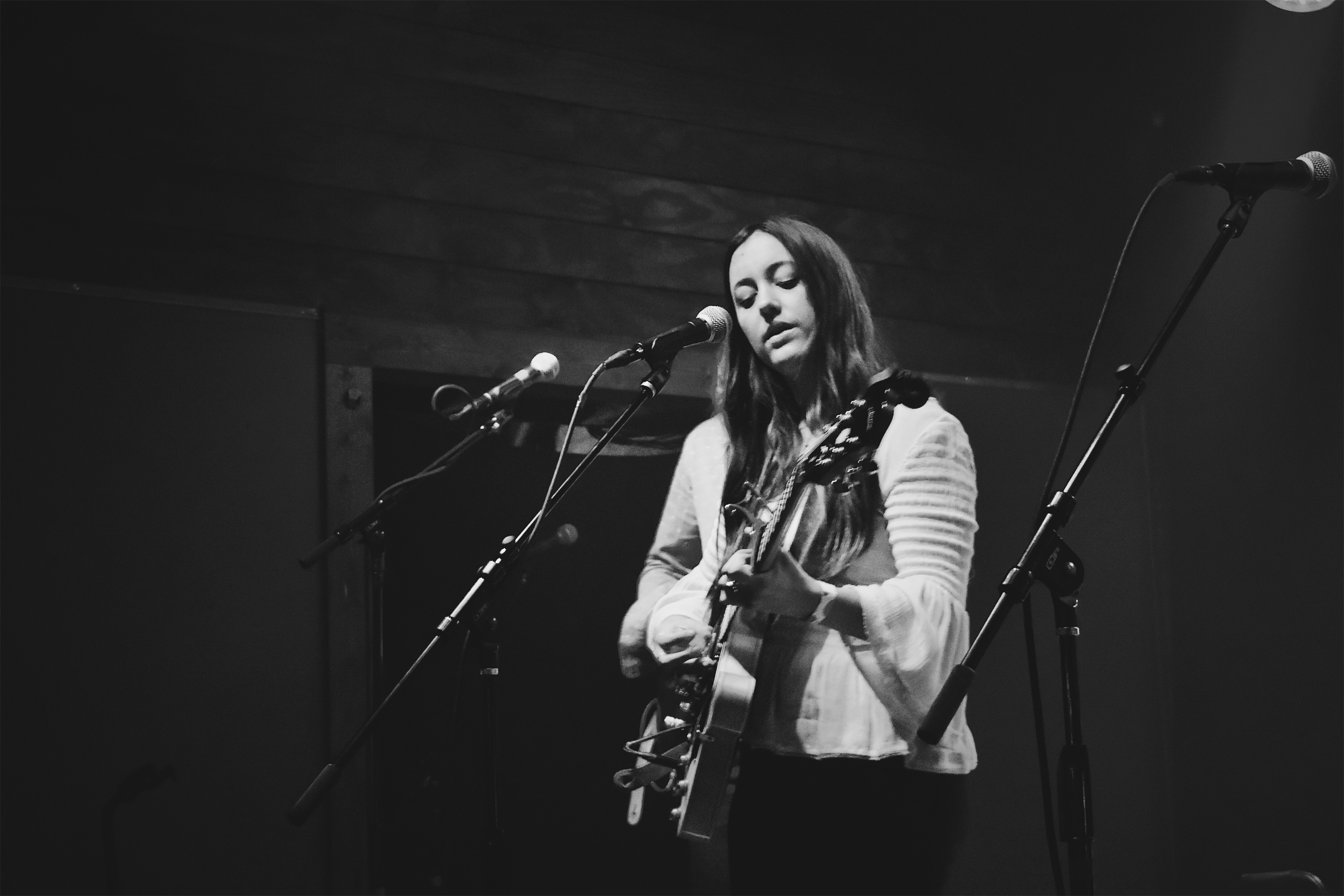 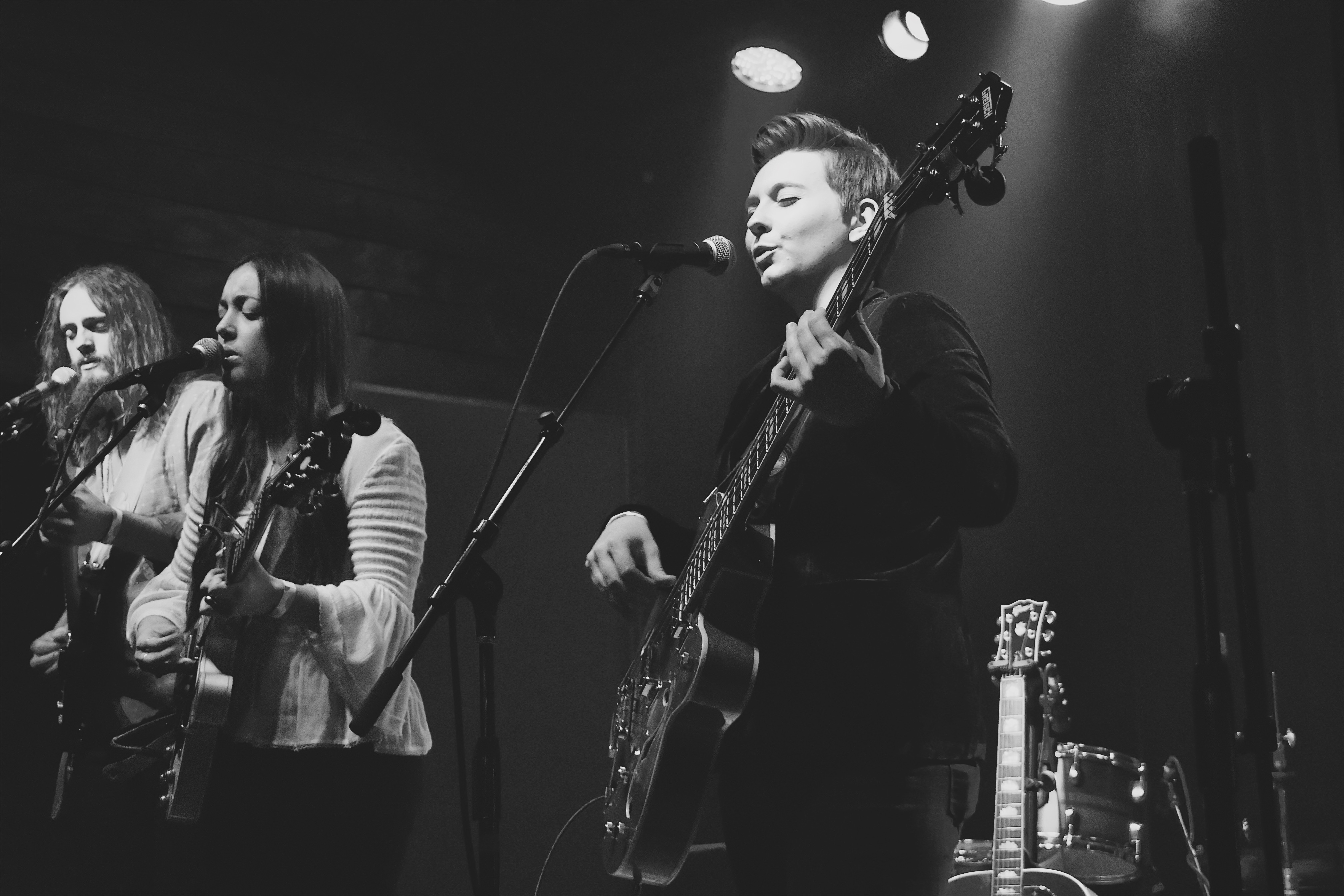 [This review and its lovely photographs were creatively handcrafted with tender, loving care by the one and only George Maifair, you can catch up with him on Twitter–@georgemaifair.]