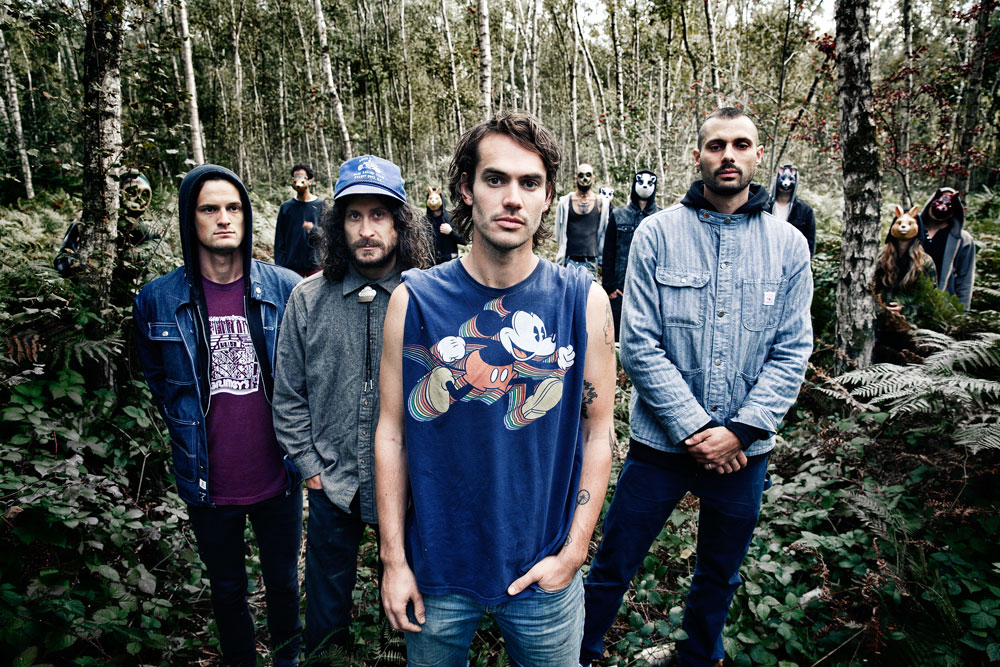 Touring is a way for a band to expand their musical reach and gain new fans beyond the hometown crowd. A remarkable tour can elevate a band to new heights and build unstoppable confidence; on the other hand, a challenging tour can generate tension and end careers.  Nashville psych-rock outfit All Them Witches has certainly encountered obstacles on their current tour: the band has faced blizzard conditions and traded sickness amongst its members severe enough to cause a cancellation of the previous night’s gig in the Twin Cities. Fortunately for the fans that ventured to the next evening’s Madison show, the band decided to soldier on.

On March 18th, All Them Witches performed at Madison, Wisconsin’s High Noon Saloon ins support of their exceptional new release Sleeping Through the War. From the banter of frontman and bassist Charles Parks Jr., it sounded like the last two weeks of the tour had been a full blown battle.

Greensboro, North Carolina-based opening act Irata played a blistering seven-song set to begin the festivities; the heavy power trio did not disappoint and gained a number of new devotees. With thunderous, precision drumming, heart-thumping bass grooves, and in-your-face take-no-prisoners guitar work, Irata was a curious, yet solid counter-balance for the headliners. The band employed pre-recorded sound loops, and harmonious co-lead singing duties that caught the attention of the crowd, this writer included.

As All Them Witches took the stage, there was concern in the air; at first glance, it was apparent that the band’s sickness had taken its toll–though the crowd quickly realized the apprehension was unwarranted. The maladies had no effect on the breath-taking two hours that followed; the band executed a magnificent performance that belied their physical condition. The set was heavily focused on their new album, along with fan favorites “When God Comes Back” and “Charles Williams” from previous releases.  As the show progressed, the fervor heightened, as if they were playing to expel the viruses from their systems via precise and brutal musicianship, like an exorcism of sorts. It is performances like this that can turn fans into disciples, an astounding experience in every way.

[This lovely review was crafted by Hunter MacLeod, international man of mystery and freelance writer for Brody Ramone’s Dirty Glitter and Mother Church Pew.  Catch up with him on Twitter–@MadH_MacLeod.]