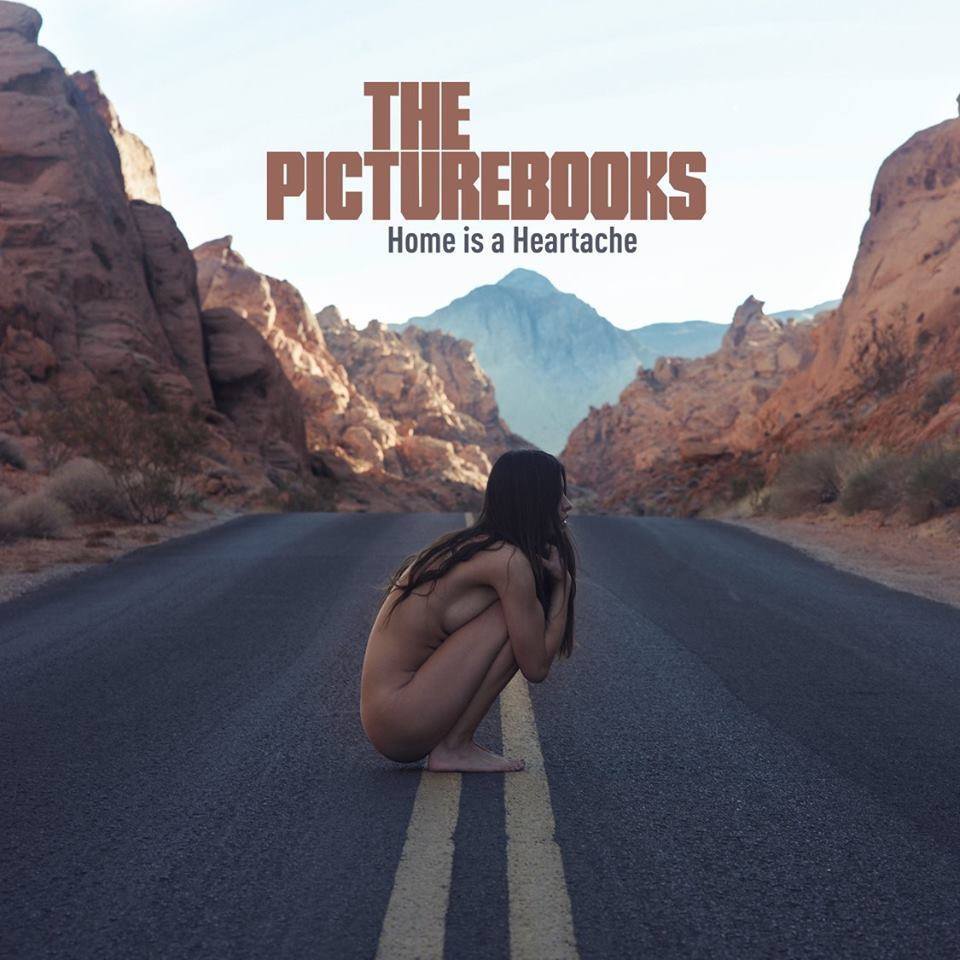 German duo The Picturebooks stare down convention and defy its limitations.  When singer/guitarist Fynn Claus Grabke and drummer Philipp Mirtschink started making music, neither of them could play an instrument.  While recording their new album, Home Is A Heartache, they took the term garage band literally, using the same space where they repair and customize motorcycles.  Mirtschink doesn’t use cymbals, instead opting for bells, chains, and other improvised percussion.  You’ve heard of outlaw country–this is outlaw blues.

Home Is A Heartache has a raw grit that leans towards hard rock but is balanced by grungy blues funk.  Songs like “I Need That Oooh” and “Wardance” are intense displays of growling reverb-filled guitar, driving drums, and howling rock n’ roll vocals.  Near-instrumental and personal favorite “Cactus” puts the duo’s experimental percussion and snarling guitar on display, a standout on the album.

“On These Roads I’ll Die” swings towards the “traditional” with its ominous plodding drums and swampy guitar work, this song could easily see rotation on any rock station–however, radio play is clearly not the priority with the album’s rocker anthem “Zero Fucks Given”—which falls directly in line with the rest of the album’s genre-bending offerings. The song is infectious, its creators legitimately badass enough to pull off a song dedicated to being badass.

With Home Is A Heartache, The Picturebooks challenge the boundaries of what blues and rock should be–even going to lengths to create their own instruments to do so. They sound, well, like The Picturebooks, and it wouldn’t be justice to compare them to anyone else.  Home Is A Heartache is something you’ve got to hear to fully understand; its visceral and marrow-shaking sound will surely rattle playlists for generations to come.

Purchase Home Is A Heartache, out March 10th via Another Century Records: https://itunes.apple.com/us/album/home-is-a-heartache/id1195072540

[This review was handcrafted by the one and only George Maifair, you can catch up with him on Twitter–@georgemaifair.]