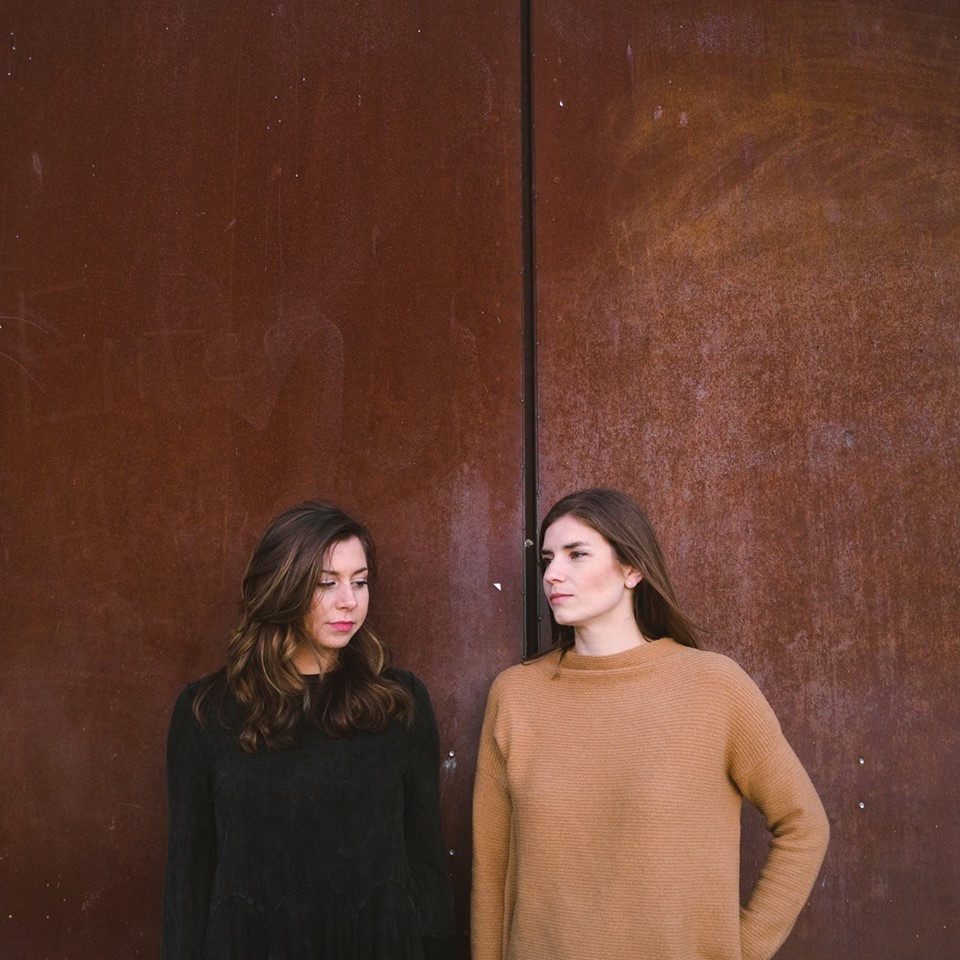 It’s an exciting day in this music writer’s world when raw talent makes its way to my admittedly cluttered inbox—when I get to hear someone making music, the sound of which is so pure that it makes the hair on the back of my neck stand at attention. Those instances make writing worth the effort—like the day I was introduced to Lexington, Kentucky-based indie folk duo RYVOLI.

Jenn Whiteman and Samantha Howard met in Paris while working for the same nonprofit organization; “My husband and I had lived there for a few years but traveled throughout that area for work,” recalls Whiteman. “I was working on a solo album when I met Sam; I heard her sing at church, and I thought she’d be perfect to help with some vocals on my project,” she adds. “After I finished my record, we thought we should take a stab at doing something together. Instantly we were like ‘Oh my gosh.’ The sound of us together is better than working separately, and I knew I didn’t want to do this alone,” she continues. When Whiteman’s visa was set to expire, she and her family relocated back to her Kentucky hometown.

“I told Jen I wanted to come visit her for a couple of weeks to work on music, then I was going to go home to Pennsylvania—I had no idea what I was going to do there,” says Howard. “I ended up staying in Kentucky. Howard moved in with Whiteman’s family “I feel like I met my sister in Paris,” Whiteman says. “I’m 11 years older than she is, but we’re like twins.” “One of my friends said to me the other day that it was cool how I get to write music and create things with someone I actually like,” laughs Howard. “We love each other.” The pair even works together painting houses between gigs. “It’s great because we get to sing while we paint and work on our songs,” she continues. “We’ll have business meetings and plan and dream while we’re painting.”

Though the band is still so new and no music has been formally released, RYVOLI, named in tribute to a familiar street in Paris, are diligently at work. “We have enough material for an album, but we’re working on releasing singles right now,” says Whiteman. “We’re being really intentional about our sound.” For now, the duo is playing gigs around their home base, and will be performing in Nashville on March 11th at Tennessee Brew Works.  “People seem to like it, we’re getting a lot of encouragement to keep going. We’re just having a blast,” says Whiteman. “People ask what our dreams are, and we feel like we’re kind of already living them.”