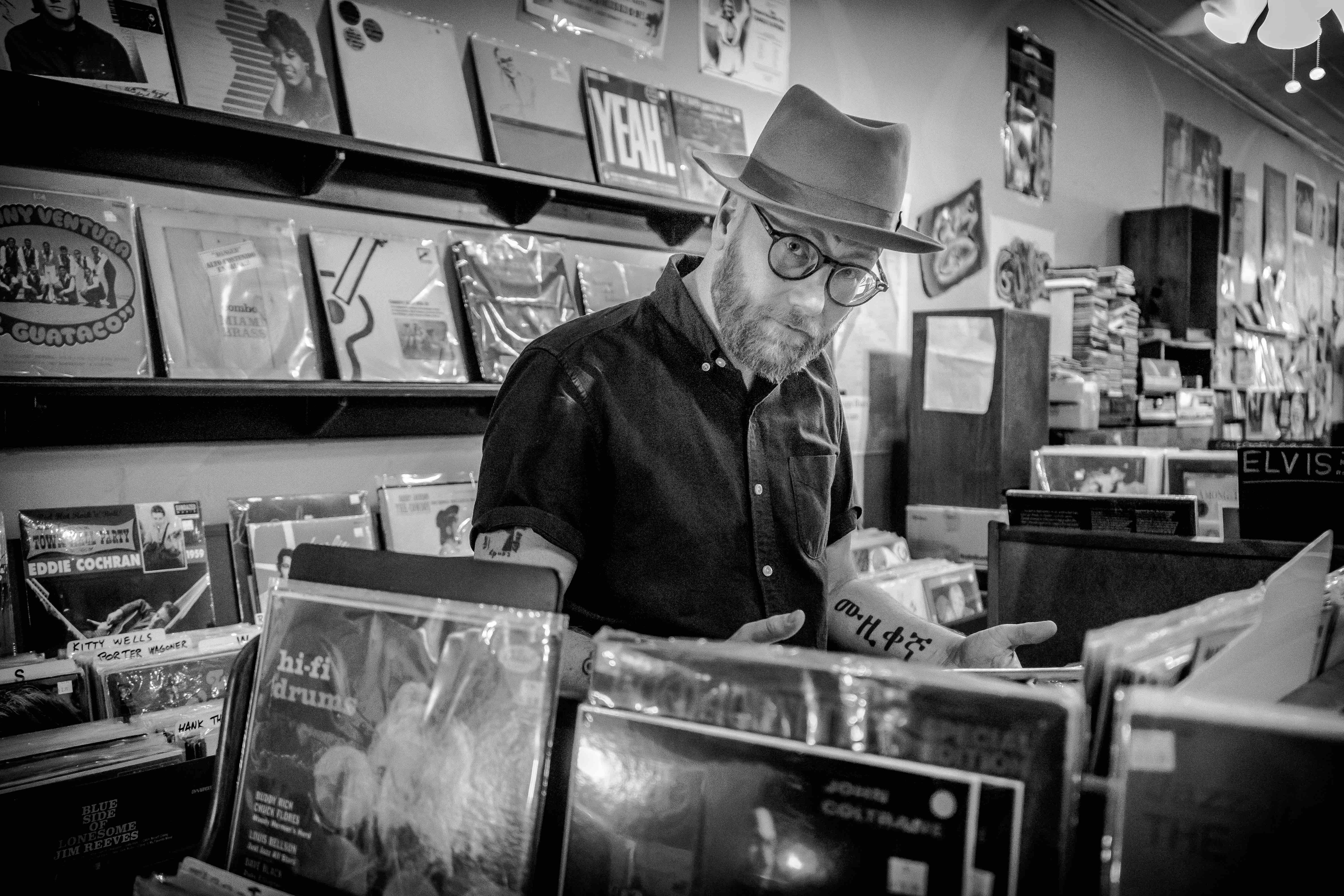 “I know I have more indie or alternative tastes to what I listen to than a lot of people, but it’s not smart business to take a big chunk of prime time, where you have the whole world paying attention to you, and then just showing them people who are already famous,” says Mike Doughty of the op-ed piece he recently penned for the New York Times on why the Grammys should take cues from the Oscars and the Golden Globes to introduce the world and bring more attention to independent and emerging artists. “I really don’t know how many more Taylor Swift records people can buy,” he adds. Preach Mike Doughty. Preach.

The seasoned artist and co-founder/former frontman for iconic 90s alternative rock band Soul Coughing released his ninth solo album, The Heart Watches While the Brain Burns, in October 2016; the record features classic indie rock-style tracks, some of which swing into the Americana realm. Doughty’s relocation to the musical melting pot of Memphis, Tennessee had an effect on his music. “I live for Stax, it’s been a huge part of my life,” he says. “Living in Memphis is like living in a Tom Waits song, there’s a mystery to it, a vibe to it, that has seeped into every corner of my being. I’ve met some fabulous musicians, I‘ve been playing with them, and really, that’s the proper way to learn anything, by jamming with people and absorbing what they do. It’s not even all soul people, it’s post-punk and indie rock artists too,” he adds. “There’s all kinds of weird shit going on in Memphis.”

Doughty has been tearing up with highways with his opening act and accompanying band, Wheatus, for the last two months, an adventure that will bring the collective to Nashville’s Mercy Lounge on Friday, March 10th. “We’ve been at it so long because I have this band that is phenomenal and I only have them for a limited amount of time, so we had to cram as many possible shows into this time period. I’m pretty much spent as a human being at this point,” Doughty laughs. “But the music has been amazing.”

“I do this thing where we’re playing songs that have a beginning, middle, and end structure, but I’m conducting the band within the songs—I’m making hand signals and gestures to get them to change certain things they are doing,” he explains of his live show. “It’s like an improvisation within the songs, we’re pushing at the edges of the arrangements, trying to push them further or push them back. When you talk about it, it sounds abstract and all ‘smart-guy,’ but in reality, it’s very intuitive and danceable. When you see it, you get it. It’s incredibly fun.” Not surprising for this experimental veteran who has a unique ability to keep everything he does fresh and relevant. “Every album I’ve done sounds a lot different than the one before it. I play with different people all the time, every tour is different—some are acoustic or just me and a cello player, then I do a full band tour like this one,” he explains. “if you like what you’re doing, it’s hard to get sick of it,” he continues. “I like what I do.”