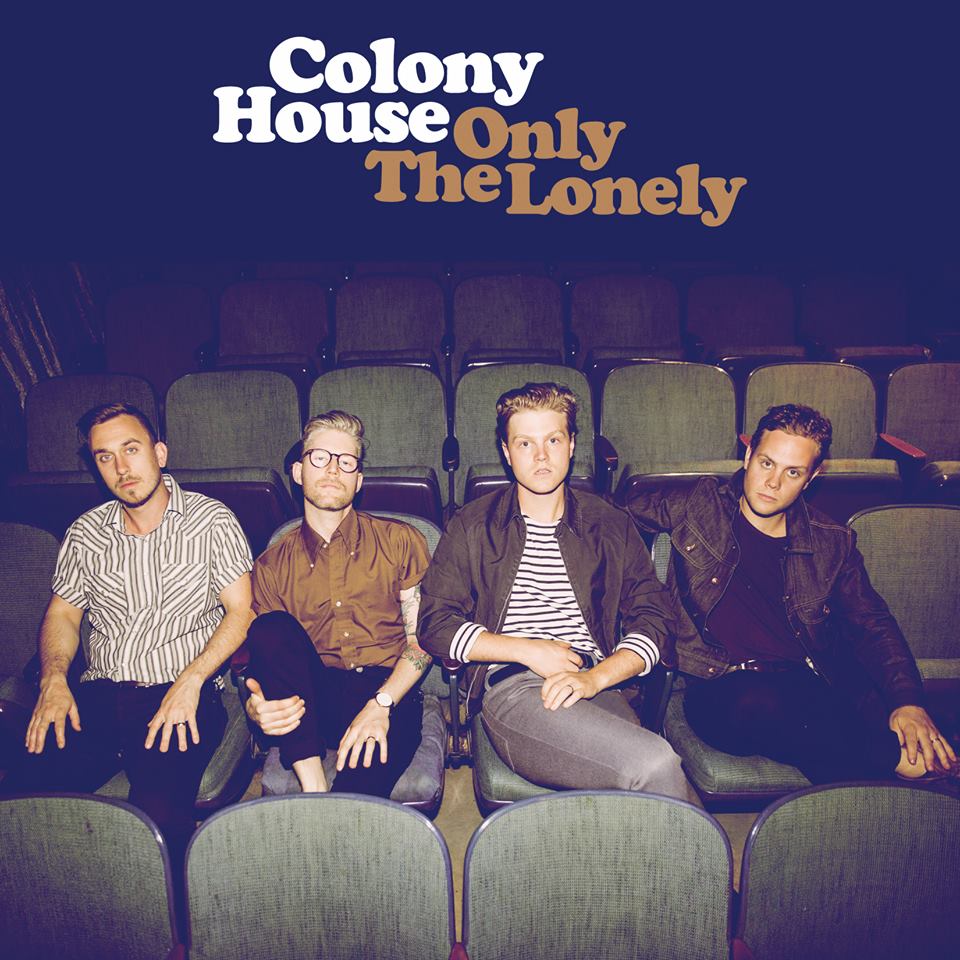 Just when we think Tennessee pop rock outfit Colony House couldn’t possibly get more prolific, they prove us wrong—but honestly, we expect no less from our beloved Colony House boys. With their latest album, Only The Lonely, they’ve set the bar even higher for themselves, and for every band in their orbit.

With an uber-rock n’ roll strike of a lone reverb-y and slightly dissonant electric chord, Colony House puts their best collective foot forward from the get-go with “Cannot Do This Alone,” which brims with their signature anthemic, fist-pumping style. The band showcases their genre-bending diversity by dipping into 60s-inspired swagger on tracks like “1234” and the frantic surf rock-esque energy of standouts “You Know It,” and “Was It Me”–utter earworms.

The lead single from the album, “You And I,” is an all-out showcase of the band’s technical prowess, propelled by Will Franklin Chapman’s rhythmically intricate kit work, making it hands-down the most sonically interesting track on the album. Not to be overlooked is “3:20,” a fuzzed-out banger that pays homage to its predecessor, “2:20,” from their outstanding 2014 debut, When I Was Younger; the song derived its title from its length, and upon close inspection, it appears “3:20” follows suit.

The end of Only The Lonely dips into some 80s-tinged rock territory, and flows effortlessly to hymn-like album closer, Beautiful Life; while it’s no secret that frontman Caleb Chapman’s vocals are exquisitely evocative whether he performs his own songs or sings word definitions from a dictionary, his powerful delivery is breathtaking. “All that I’ve done, all that I’ve tried, there must be more to this wonderful, terrible, beautiful life,” he sings amidst his bandmates’ swelling harmonies, as the experience completely untethers the heart from its strings. A click at the finish, as if Caleb has simply pressed “pause” on a cassette recorder, indicates this part of the journey is over–but it’s definitely not the end.

Purchase Only The Lonely: https://itunes.apple.com/us/album/only-the-lonely/id1126056943

2 thoughts on “ALBUM REVIEW: “ONLY THE LONELY” by COLONY HOUSE”