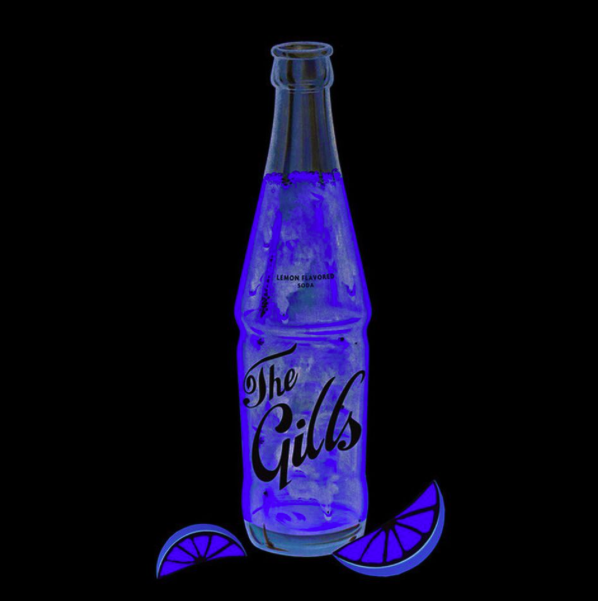 It’s a typical story—band forms, band gets a little notoriety around their hometown, and does fine for a while. Then one day, after yet another long trip in the van, band decides to take it to the next level; after all, they’re getting better at this thing called rock n’ roll, and decide to move to a city where the scene is starting to get some traction…Nashville.

The Gills began as an outlet for frontman Jesse Wheeler, who wanted to put a positive spin on his childhood battle with Leukemia.  Wheeler wrote to amuse his friends (and himself); as his health improved, so did his writing skills. What started as humor evolved into boldness, and with brothers Matt and Andy Prince on drums and bass respectively, and keyboardist/guitarist Justin Locke, the friends became The Gills.

On 2, their new EP set for release on October 14th, Wheeler’s voice is bombastic and confident; he has embraced life with aplomb, irreverence, and pure joy, and it comes through loud and clear on this album. Even without ever seeing them perform, I can imagine The Gills put on one hell of a show and take no prisoners, almost expecting the crowd to move and be energized by their music. Rightfully so.

The Gills erupt with frenetic energy, taunting lyrics, driving guitars, and Beatles-esque harmonic vocals. Comparing The Gills to other bands is a fruitless endeavor, because they totally own what they do. In the grand tradition of bands like Van Halen, and more recently, Cage The Elephant, this band has created fantastically muscular guitar rock with a crowd-pleasing sense of humor. This album has absolutely no fluff or filler; every song is well-crafted, and is evidence of their solid musicianship.

[This lovely review was crafted by Hunter MacLeod, international man of mystery and freelance writer for Dirty Glitter and Mother Church Pew.  Catch up with him on Twitter–@MadH_MacLeod]