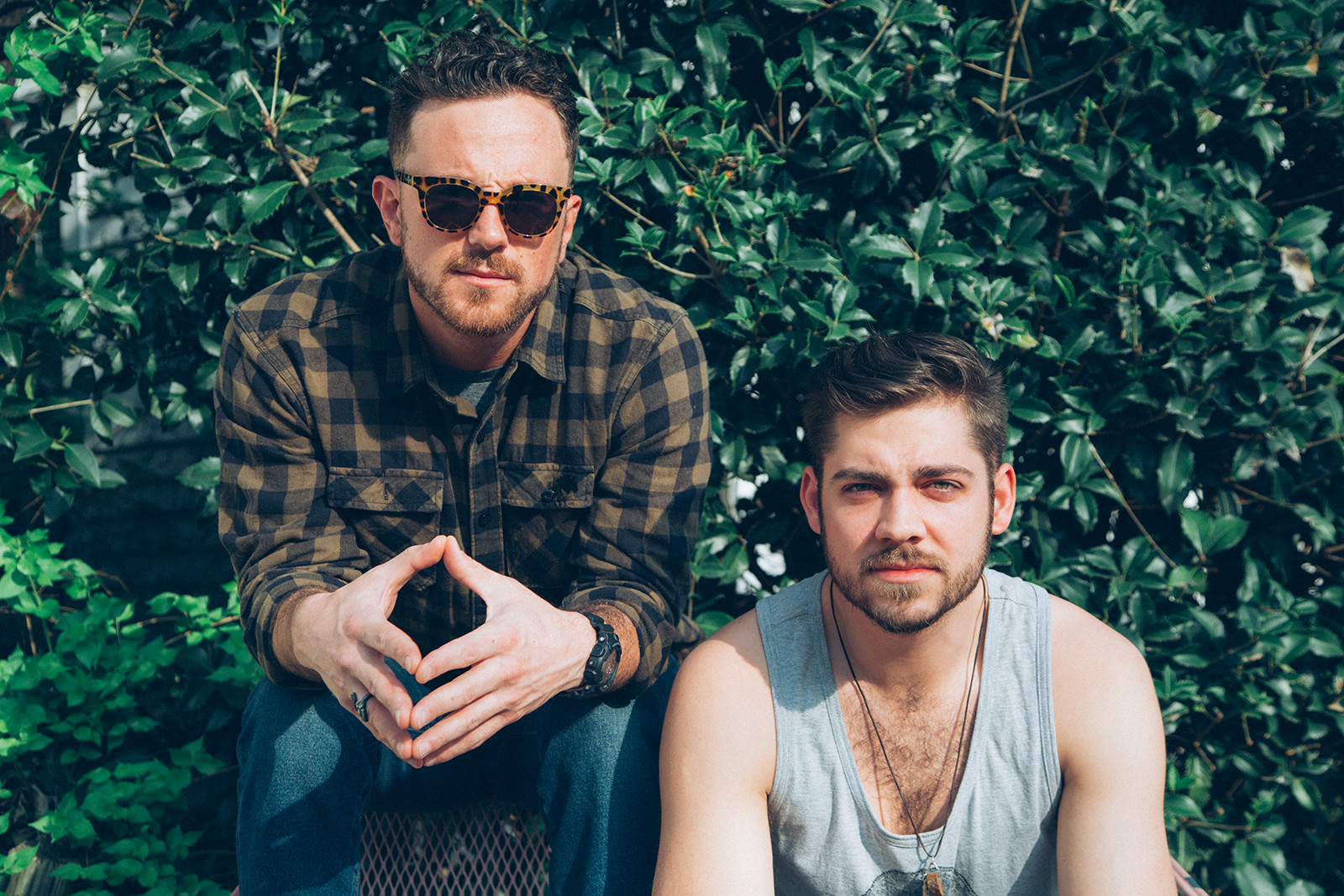 “I’ve been around music my whole life; my dad was a member of the Bee Gees’ band, he played with Johnny Cash, Michael Jackson, all kinds of people, and music was always around my house.  I probably absorbed it through osmosis,” says Rucker with a laugh. “I played drums first, and I’ve been singing as long as I can remember.  When I was about 13, the knack turned into a passion, and I started writing songs.”  A few years ago, Rucker, a singer/songwriter, and his stepbrother Ryan Bars, a studio engineer, decided to join forces.  “Ryan and I are the frontmen; he always had an affinity for hip hop, and I was doing singer/songwriter stuff. We grew up in Miami/Ft. Lauderdale, and there’s a big pop market there. My brother went to school for engineering, so he was doing that, and I was trying to write hooks and get published,” recalls Rucker.  “One day we just decided to mesh the two and do something that wasn’t exactly the norm.” See what they did there?

And y’all, here’s the best part of the Florida-raised Georgia-based group’s relocation story;  “I was living in Los Angeles pursuing music, and to supplement my income, I did camera work in film and television for a while,” explains Rucker.  “I got the chance to fly out to Georgia to work on a show with a little girl named Honey Boo Boo.”

“TLC said it would only be about four episodes, no one thought it would get farther than that, but then the ratings blew up, and the show got extended. I never went back to L.A.  My brother and I were still writing music together, and I told him he should come live with me in Georgia so we could start a band,” Rucker recalls.  “We started playing around, released an album, formed a band, and that’s the beginning of The Norm.”

Of their adopted hometown, he says, “Athens has totally embraced us.  We wanted to write the album about being in Athens, we think it’s good to represent where you’re from.”  The band is gearing up to release a new EP, Normaltown, on Friday, April 15th.  The EP explores life in Athens, the collective struggles of being in a band, staying positive, and persevering.  The Norm has a FREE show on the 15th on the Rooftop of The Georgia Theater in Athens to celebrate the release of Normaltown, and from there, the sky is the limit. Literally.  “We’re really excited about this year,” Rucker says.  “It’s going to be good.”

Get a sneak peak of the EP and check out “Same Old Thing”:

One thought on “AN EXCLUSIVE INTERVIEW with THE NORM”