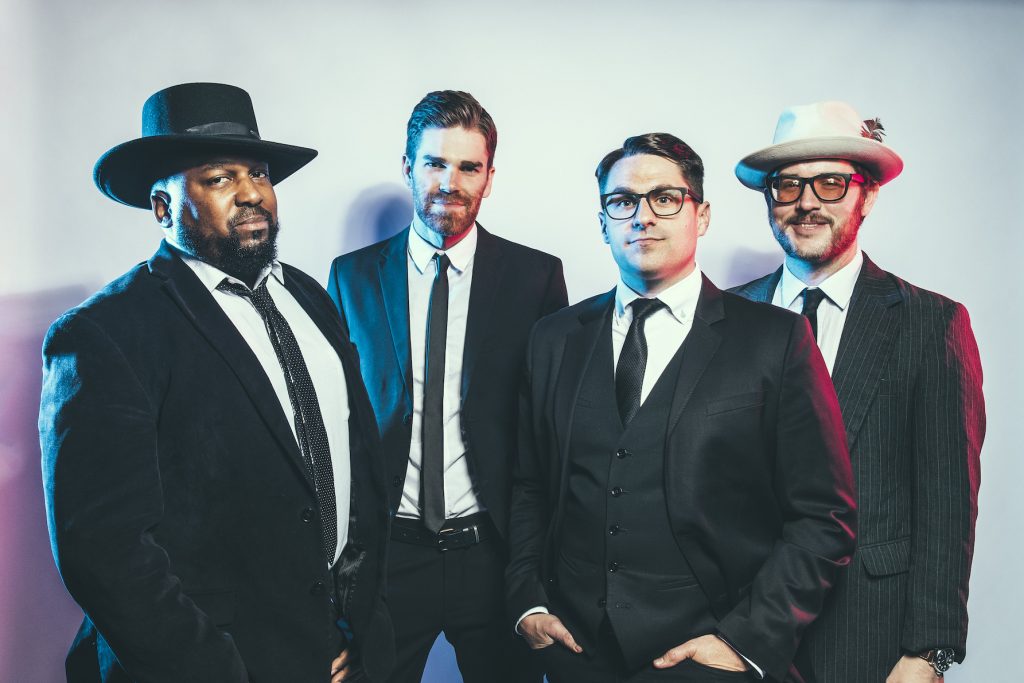 Nashville may be famous for country, but it’s really a melting pot for artists from every corner of the world who make music of all configurations. You can’t eat at one of our renowned restaurants, drink crafted caffeine at one of our beautiful coffee shops, or really, even cross the street without encountering someone who makes music. It’s one of the many reasons why the Music City has become the “it” city and the reason that pop-funk collective The It City came to be. Comprised of four seasoned session and touring musicians–DJ Phillips (guitars, vocals), Derrek Phillips (drums, percussion, backing vocals), Rich Brinsfield (bass, backing vocals) and Reed Pittman (keyboards, vocals)–The It City brings with them a remarkable resume highlighting their session work (including a Grammy Award amongst them!) with artists like Maren Morris, Drew Holcomb & The Neighbors, Michael McDonald, Dr. John, and Brothers Osborne. “The initial vision was to make something funky and catchy,” says DJ Phillips. “But when we all write and play together, the pop, rock and soul elements–and some other weird things–just kind of happen. I had many internal debates about which songs were ‘funky enough’ to match the original vision, but at some point, we decided we liked the songs and we would just let them be what they are.”

I’ll admit it, I’m a sucker for a horn section. Maybe it’s all my years spent in marching band or the fact that part of my heart resides in New Orleans. Whatever “it” is, it’s housed on The It City’s self-titled debut EP, set for release on April 12th. Its seven tracks are steeped in funky bass licks, organ sizzles, and syncopated guitar riffs–and all those horns. The talent of its members virtually explodes from every groove of the set. DJ Phillips’ falsetto teases the sonic sunshine for which we are in store in opening track “No Shine No Silver,” and the momentum continues until closer “It City Hit” (and my personal favorite) encourages us to strut off into the sunset.

“This EP has been several years in the making and we’re excited to finally share it with everybody!” DJ adds. “It’s an old cliché by this point to say that ‘every song tells a story’ but this EP is a collection of our stories and hopefully it serves as an apt introduction to our sound and what we’re about.”

Without further ado, East of 8th proudly presents The It City: