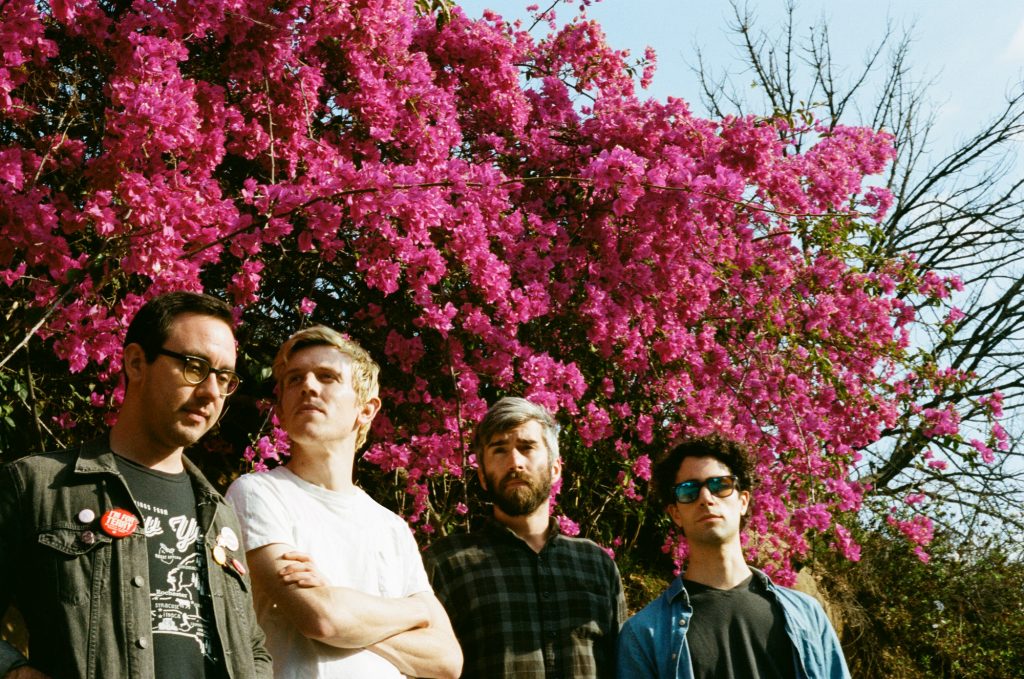 “I’ll do it forever, do nothing but fail, a student of error who can only prevail. ’Cause learning is trying and trying is hard, when it feels like falling is gonna tear you apart. But now, I’m ready to win,” Tokyo Police Club declares in a Violent Femmes-esque track from their latest album TPC, appropriately titled “Ready To Win,” a song about epic failures (or f*ck-ups, as the lyrics go), that can propel one towards triumph. “Yeah, well, it’s just like it’s a better way to say it,” laughs drummer Greg Alsop of the f-word. “If you really screwed up, no other phrase really captures that like ‘I f*cked up.’ Like it’s just like the consonants in it and everything. I don’t know, it encapsulates it for me,” he adds. “It’s just a satisfying sound.” 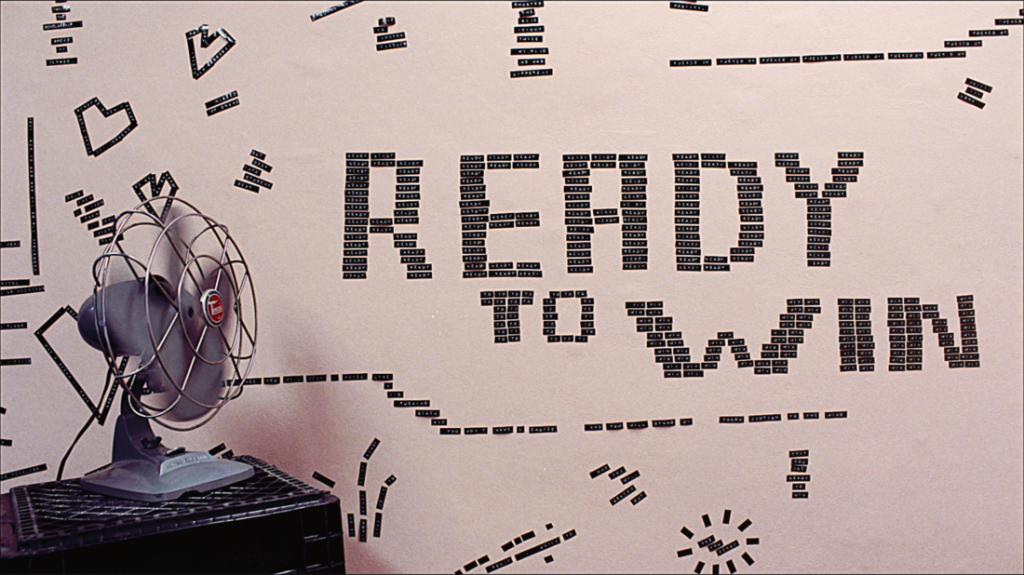 Also satisfying is the band’s new video for “Ready To Win,” a stop-motion confection that features a label maker cranking out adhesive strips of lyrics which become moving art on a room’s pale pink walls. “My mom was a high school teacher, so in the summer when she’d bring her label maker home, a lot of things got labeled in our house. She was all for organization,” laughs Alsop as he explains the concept. “Dave [Monks, vocals/bass] had the initial idea—featuring a series of people’s f*ck-ups. We thought a cool way to present it would be by using a label maker,” he says. “Aesthetically, it looks so great, there’s just such a nice texture to it. It’s like a typewriter but in the inverse, so already, if you’re photographing that, you have this depth already there. I love the way it turned out.”

The band asked their fans to submit their own f*ck-ups to feature in the video as well. “We got at over a hundred at least,” Alsop reveals.”There was a really great response to it. It’s nice to have that anonymous kind of release. I think there is something cathartic about just throwing it out there. Especially if you don’t have your name attached to it, you can just say it, it’s almost confessional,” he continues. “I mean, that’s like what the whole song’s about, airing your past out there for everyone to see.”

Last year, the Ontario-based outfit released TPC via Dine Alone records, a shimmering stunner which shows the band taking a step in a more rock-oriented direction. “These songs are a lot of fun to play live,” Alsop says. “Everything off the new record we wrote all in a room together. They translate really well on the stage. The whole show just feels a little more rock n’ roll and loose than it has in a few years,” he adds. “I think it does come from trusting ourselves to get the song right the first time around. I think when we were working on some earlier records, it was easy to kind of distrust our initial instincts. You could play through a song once in a room and just record a quick demo of it, but then you have all this opportunity afterward to reconsider,” Alsop continues.” You can tear a song apart and put it together a thousand times before you’re done.” This time, the band was scattered across the country and moments together were scarce. The four would gather for a week at a time at an old converted church in rural Ontario. “We didn’t have computers with us,” Alsop says. “It was just us playing the songs and then capturing our play-throughs and that was it, that was the end, the final version of the song. They stayed raw and exciting. That first seed of energy was implanted in the song.”

Tokyo Police Club is currently on tour supporting the album, which brings them to The High Watt on Wednesday, March 20th, their first show in the Music City since spring 2016. ”It’s cool as an outsider going to Nashville and seeing that level of talent,” Alsop says of the band’s downtime perusal of Lower Broadway’s honky-tonk offerings. “That doesn’t happen everywhere, you guys can take it for granted. As an outsider coming in and just seeing those players–I wasn’t even a huge fan of country music at the time,” he recalls. “You can get enamored with it when you’re just surrounded by it. The 20th is also my birthday,” he continues. “I’m excited to be spending in Nashville! It’s great to still be doing this with these three guys that I’ve known since I was a teenager. The fact that we’ve been doing this for 13 years feels exciting, even after 13 years. We’re excited to be back on the road and hope to see a lot of familiar faces, and new ones, too,” he says. “It’s going to be a great tour.”