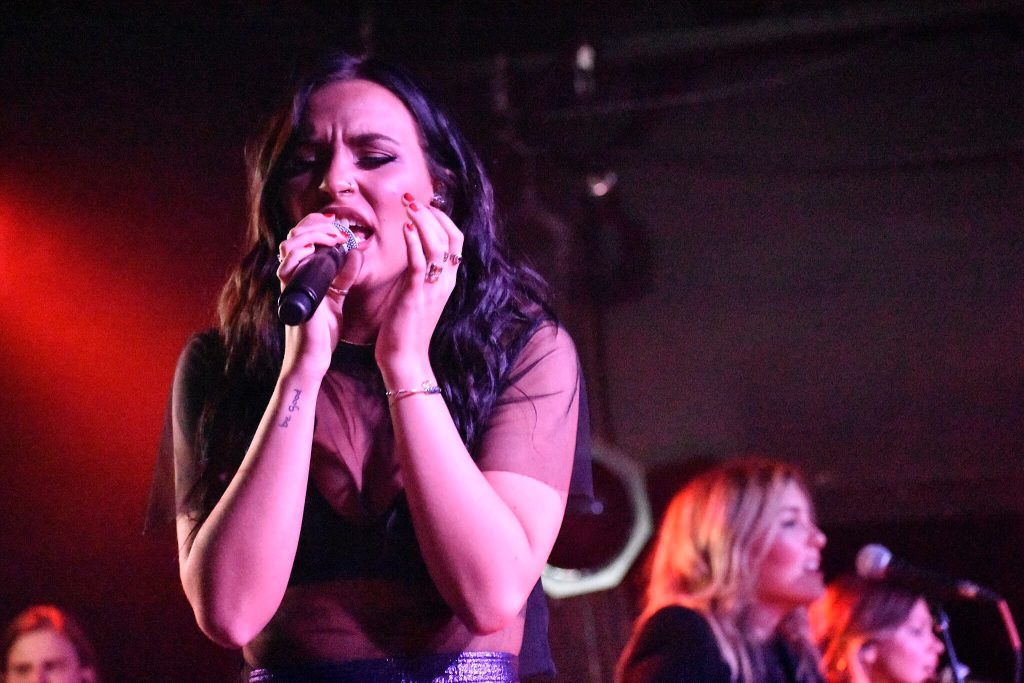 A short time ago, a friend sent me a Spotify link and told me to check out an artist named Lennon Stella.  The link came with almost no details except that Stella’s background included being a cast member on the TV show Nashville. It was around this same time that I discovered I may be the only person in this city to have not watched at least one episode of that show. Clicking on the link, I expected to hear a top 40 country single resonate from my earbuds. (At least I have always assumed the show had something to do with country music…) Instead, I was met with a synthy bass beat and a crystalline yet pleading voice that fired up my indie pop synapses. Intrigued, I was lucky to secure a ticket to Stella’s sold-out, tour launching concert at Nashville’s The Basement East.

Arriving earlier than normal, I expected to walk straight to the front of the room and allow the crowd to fill in behind me. Arriving a bit late is sort of a Nashville tradition. Instead, I was impressed to find the venue packed with the artist’s fans–several of whom were already wearing Lennon Stella merch. As we stood waiting for the start of the show, it was clear that the crowd’s expectations were high, as groups broke out in chants of “Lennon,” and the people behind me discussed the list of songs they hoped she would sing that night.

Backstage, as we later learned, Stella was forming her own expectations for the evening. As she would later share in brief stories between songs, this was her first concert as a solo artist, and she had been imagining how the night would go for the weeks leading up to it. With the energy of the crowd having undoubtedly made its way to the green room, Stella took the stage with a burning confidence you would expect more from a performer with several tours under the belt. It was clear from the start she was on a mission to make her solo debut memorable for both her and her fans.

Normally when I say “sold-out crowd of fans,” I really mean there were a couple hundred devoted faithful, a handful of their friends, and the phone-watching clusters that heard the concert was “the place to be.” This was not the case for Stella’s show. From start to finish, The Basement East crowd was locked on full engagement–singing along with her viral singles “Like Everybody Else” and “La Di Da,” dancing with their hands raised as Stella shared newer works, and filling any rare moment of quiet with shouts of support. In only her first show, Stella managed to fill the room with a high energy crowd that would make most seasoned touring acts jealous.

After the house lights and music had come on, most of the audience remained at the stage hoping for just one more song, making it clear that Stella had hit all the right notes to meet her fans’ high expectations. Her own parting smiles and thanks left no doubt that she had lived up to her own lofty vision of the evening. With her infectious lyrical hooks and her fierce, yet revealing stage presence, we should all expect to see Stella’s name expand in the indie pop scene. 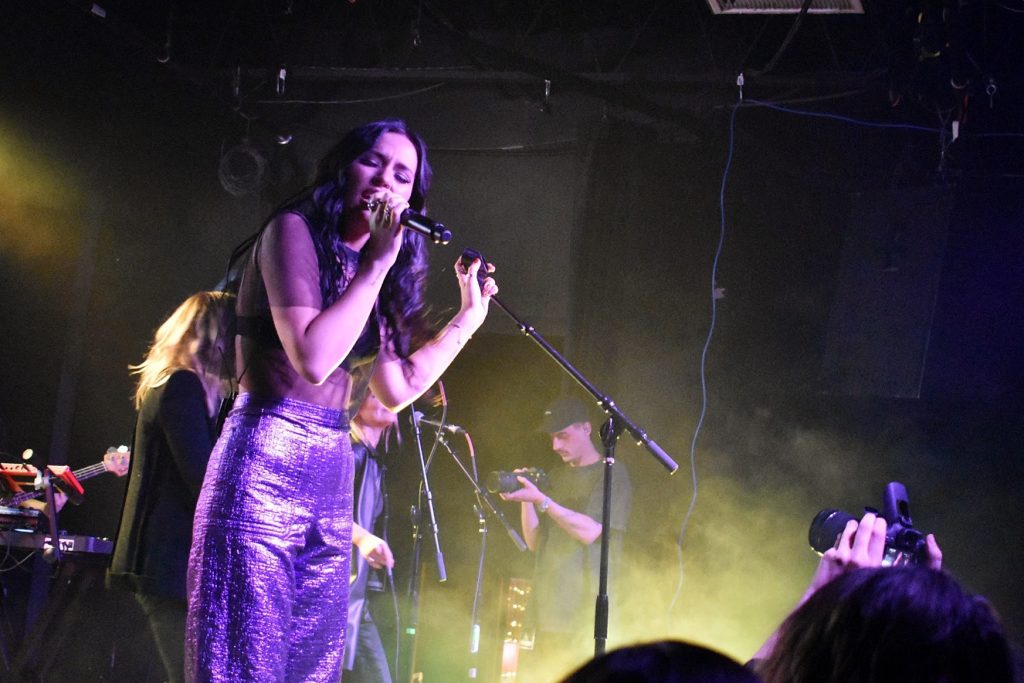 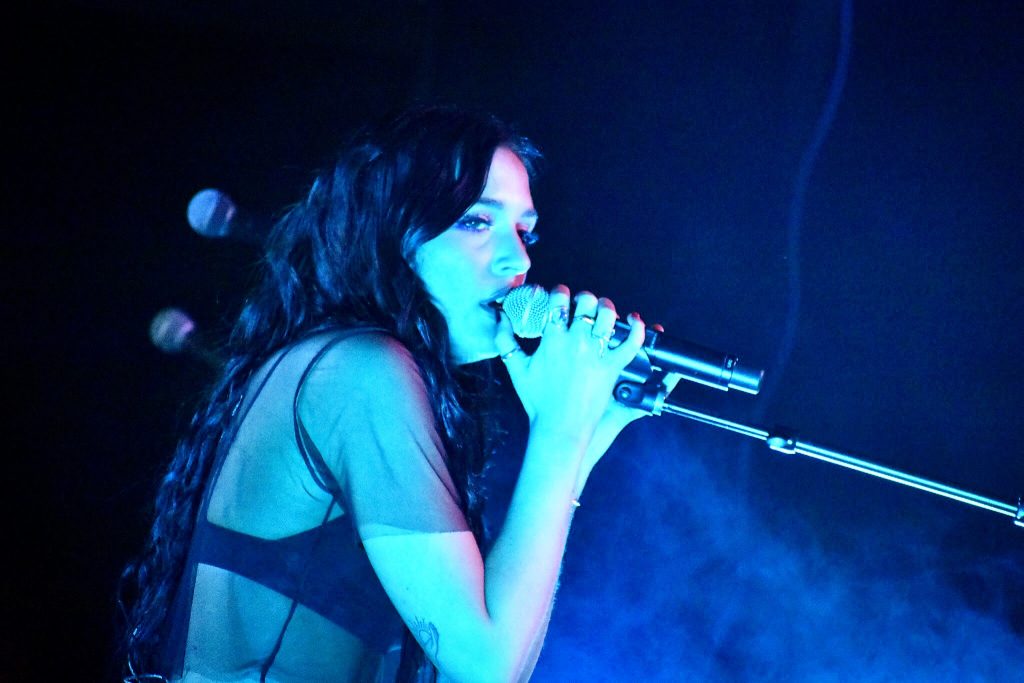 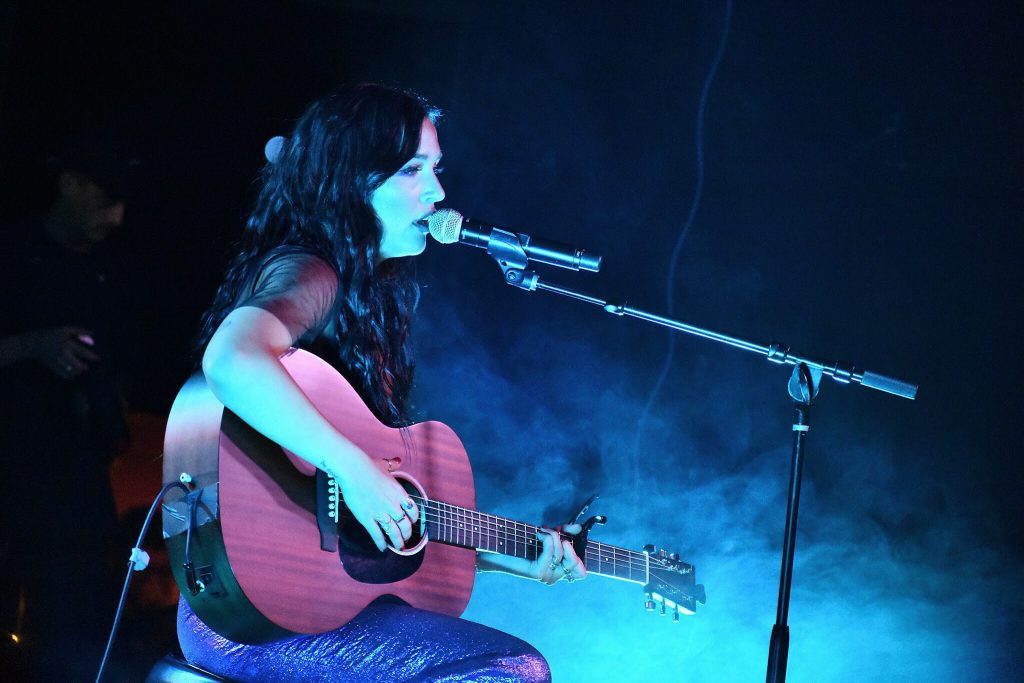 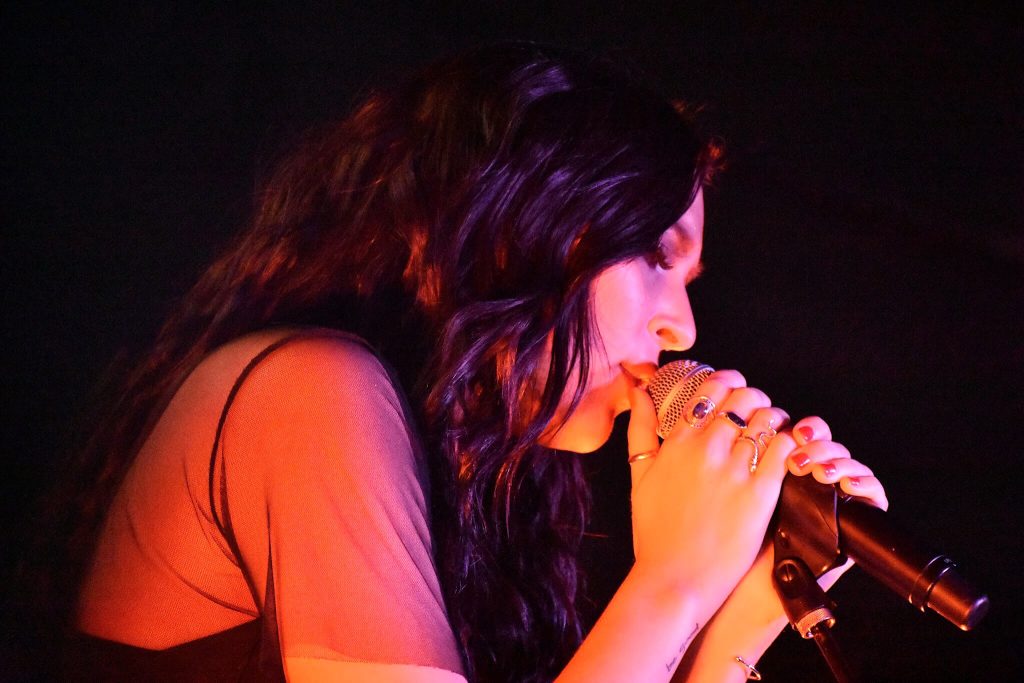 [This review and its lovely photos were handcrafted by Eo8’s own George Maifair.]