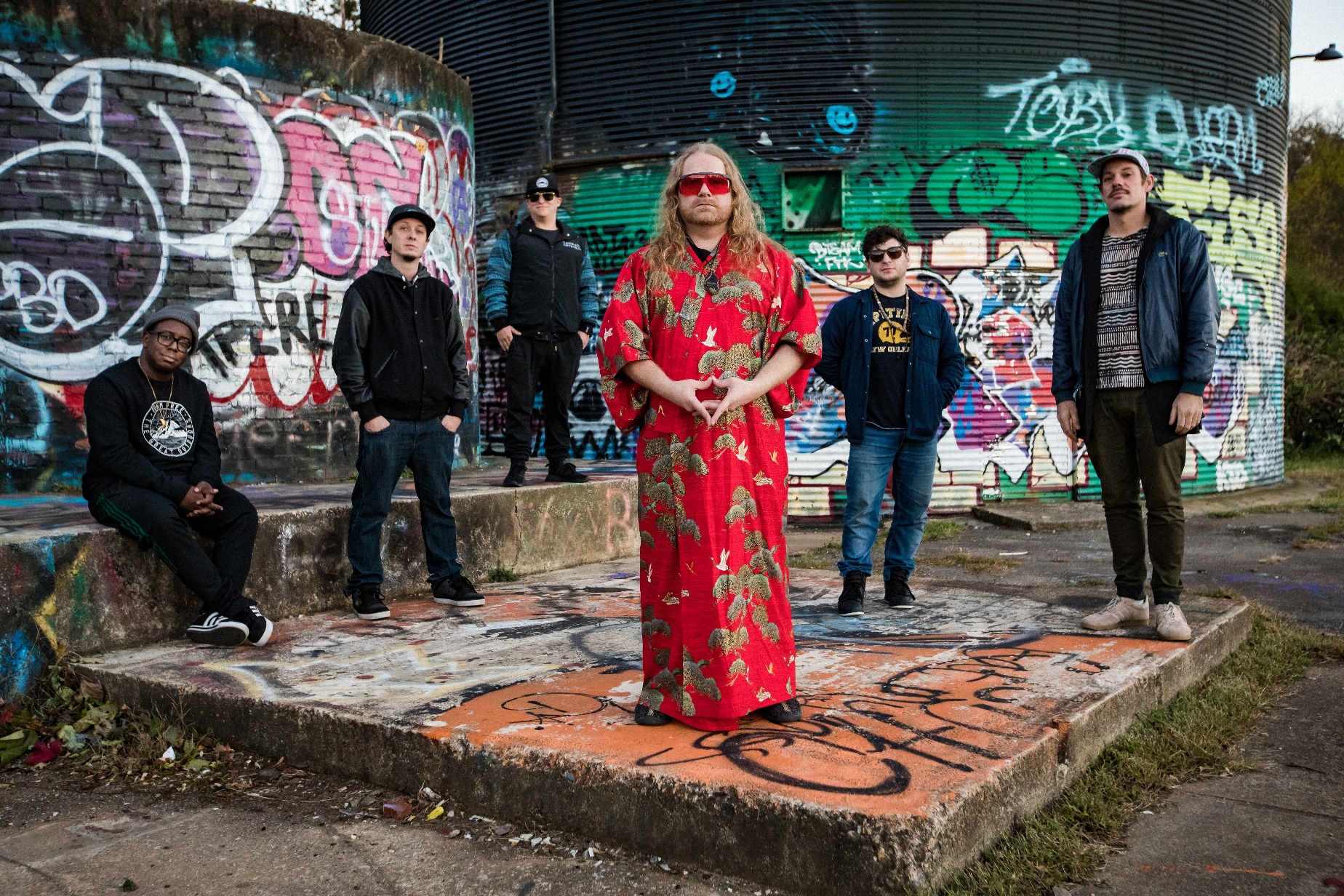 Bass players seem to be the unsung heroes of every band, but there’s one outfit whose renowned bassist is always front and center, delivering his low-end grooves and inspiring crowds of all shapes and sizes, from Coachella to clubs, to let the power of the music wash over them completely. That band is cosmic funk machine Lettuce, and that lovable bass player is none other than Erick “Jesus” Coomes.

“That’s just my band being cool to me, letting me be up front, that’s all that is, it gives me more space to jump around,” Coomes says with a laugh. “It was kind of an accident; I was trying to be a background bass player really bad. I’m not that good at playing background bass anymore.”

For the last two decades, Lettuce has maintained a near-constant touring schedule, and their current run brings them to Nashville for. a show at Marathon Music Works on Friday, January 25th. “People definitely send good energy and prayers to keep us safe because we are traveling in a bus in the snow and it’s not as luxurious as it might seem from the outside,” Coomes says. “For the first little while, you just want to be home, though you love the shows and the band is so awesome, it’s all my best friends and it’s really fun. There was a while where I’m wishing I could just be in my own bed at my house and all that stuff. But then there comes a point where I’m actually comfortable everywhere. Last year when I was leaving for tour, I told a friend I was leaving my home and he was like ‘welcome home,’ and I was like ‘Oh yeah, I get it.’ Everywhere is home.”

One might say Coomes could consider Nashville home as well–though he was raised in Southern California, his parents moved to the Music City 10 years ago, and he visits often. On one of his first trips years ago, when touring a French Masters exhibit at local art museum The Frist, Coomes became emotional. “I fully cried at the end, and I didn’t expect that at all. I was thinking about Lettuce because back then nobody knew about us, and I was thinking, ‘Wow, I wonder if they’re going to know about us before we’re all dead,” he says with a laugh. “It inspired me though, it just doesn’t really matter if anybody ever hears your art, it doesn’t matter what the response is. Just make your art, and it’s good. Just keep making it.”

Coomes and company practice what they preach–their music is generally outside of mainstream Top 40-style confines, but they continue to fearlessly forge their own path. “We never wanted to change the art to become that,” he explains of his band’s philosophy about what’s “popular.”  “I mean, getting cool exposure and having the world know about us is definitely something we want but we didn’t want to change the art to make that happen. The last thing the world needs is more conformist art. And so many of us in this band have worked for other people as musicians playing background bass or background guitar or background sax or singing background vocals. When we come together, that’s not what we want to do. We want to make music we really like, we want to have a good time, and we want to express ourselves from our hearts,” he adds. “There’s just plenty of other ways to get money from other things besides art and keep your art your own. The internet makes everything so available, all kinds of streaming, and people can listen through so much music. You can go find somebody on YouTube that’s just put up a little video of them in their house playing guitar and singing. The whole face of popular music and what that even means is changing and I think it’s changed for the better. You don’t have to wait for a big record label or a big company to tell you what they think is hot, you can go find out what you think is hot.”

Coomes also teases of new song releases on the horizon. ”The music is healing,” he explains. “I’ve watched the whole band be tired or sluggish before a show, but being on stage and playing the music heals us, makes us feel better. It’s really beautiful and it’s really healthy. The sound vibrations are good for us. Touring like this is really fun. And what makes it possible is camaraderie, good attitudes, and having everybody in the band just be so encouraging and loving to each other whenever anybody else is feeling weaker. We use our strengths and our kindness to help each other along the way,” he continues. “It becomes such a beautiful thing once we get to the stage.”