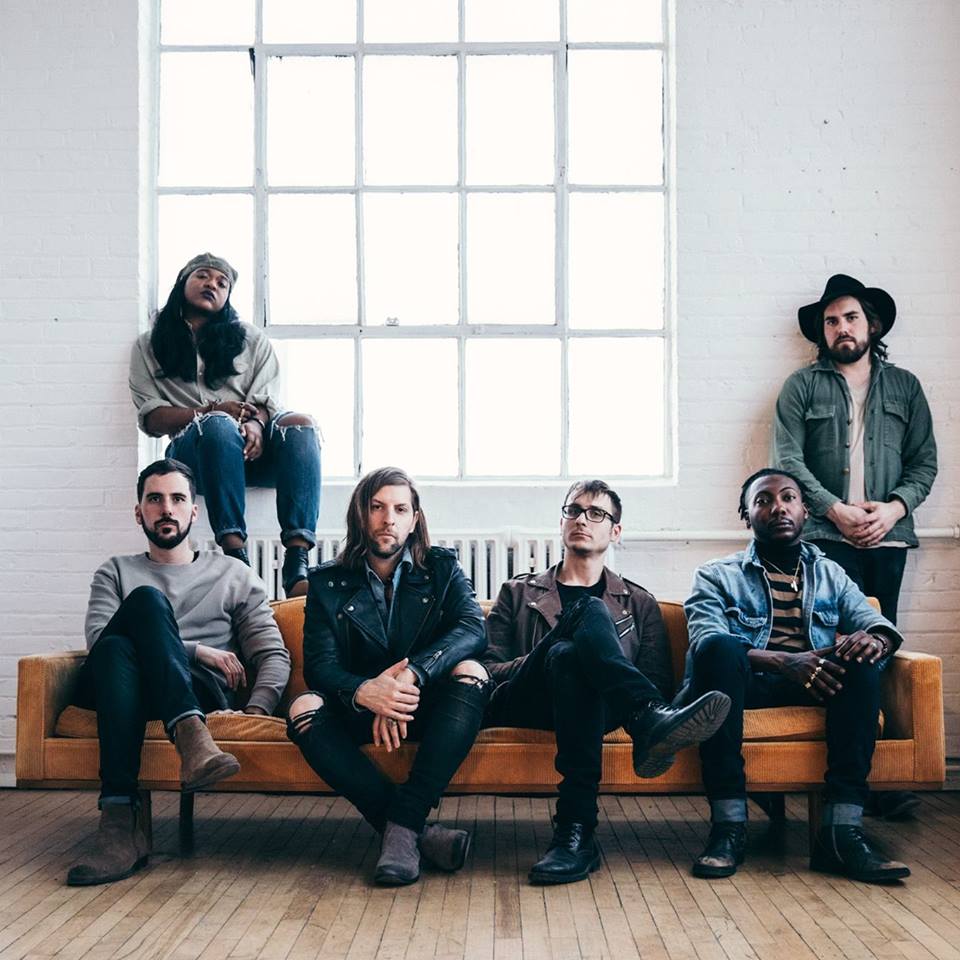 In 2017, the world was captivated by the grit and groove of a song called “Legendary,” birthed by a band called Welshly Arms from Cleveland, and inspired by living legend LeBron James. Since then, Welshly Arms has amassed over a million monthly listeners on Spotify, conquered late-night television, and set major festival stages on fire with their infectious garage-y blend of soul, blues, gospel, and good ol’ rock n’ roll. When it came time to record a full-length album, it was no small feat to ensure that each track on the album stood tall in the formidable shadow cast by such a, well, legendary song.

“I’d probably be lying if I if I said that we weren’t worried about that,” says frontman Sam Getz. “How do you follow that up? How do you keep people’s attention? That song really got a lot of attention and it really opened up a lot of doors for us, as far as broadening our listening audience and also broadening what the band sounded like. We sort of pushed ourselves on that track, it kind of helped us take steps forward and feel like taking risks was okay,” he continues. “There was a little bit of fear about how to follow that up, but it also made us a little more fearless in the way that we did the rest of the songs on the album.”

On May 25th, Welshly Arms released debut album No Place Is Home via Republic Records, and it’s safe to say that each of the album’s 13 tracks is a powerhouse. “It was it was interesting to make this album because we were so busy and we were on the road so much,” Getz recalls. “A lot of it has themes that have to do with being gone so much, and about the political situations that were happening last year. We usually record in our own space that we have in Cleveland, but we had to do a lot of it on the tour bus. The finishing touches were done in the back of our bus,” he laughs. “It was different than our previous recordings because most of those were done 100% in our own space. At one point, we were in New Orleans, and we were parked outside of the House Of Blues. A party bus pulled up beside us and stayed there like half an hour, blasting all this crazy music, and we had to stop recording to wait for them to go, we had to stop recording, we weren’t able to do anything,” he says. “The whole street was filled with people because it was in the French Quarter. It was a party.”

“I think it’s going to be an album that, years from now, I’ll go back and listen to it. I’m really proud of it,” Getz reveals. “I think it’s a little time capsule too of what was going on in that season of our lives and of our band. I think it will always mean something to us. From a personal place, a lot of us weren’t used to being away from our family and friends in Cleveland. We were gone a hell of a lot in 2017 and at the beginning of 2018, and it was an adjustment to our personal lives. Our families had to make sacrifices to let us be away, and that’s reflected in some of the songs,” he says. “The uncertainty of where our country was headed was weighing heavily on our minds and hearts, so there’s a lot of that in there as well. We don’t consider ourselves a political band, and we didn’t make protest songs but the lyrics definitely have some tones about the uncertainty of our direction.”

The last couple of years have been pivotal for this band, whose star is only growing brighter and continuing to rise—and unlike many of their peers, they have the clarity to be in the moment and reflect. “I had a revealing moment on the stage at Lollapalooza this year, just because it’s an old festival and place that I’ve always wanted to play since I was 13 years old,” says drummer Mikey Gould. “To be able to sit on that stage behind my drum kit and look out and see a mass of people all coming together for the sake of music, and to see good music, for me that was a crazy experience. If I could go back in time and tell my 13-year-old self that that was going to happen at some point in my life I wouldn’t have believed myself. It’s pretty outstanding to feel that energy at that moment–and actually be in the moment– was just unbelievable,” Gould continues. And what else would he tell his 13-year-old self? “Probably to practice more,” he laughs. “Not to worry about the little things as much. Work hard, and it will all work out.”

[Welshly Arms will perform at Nashville’s Exit/In on October 10th, with The Glorious Sons and Charming Liars supporting. Click HERE for tickets and show information.]