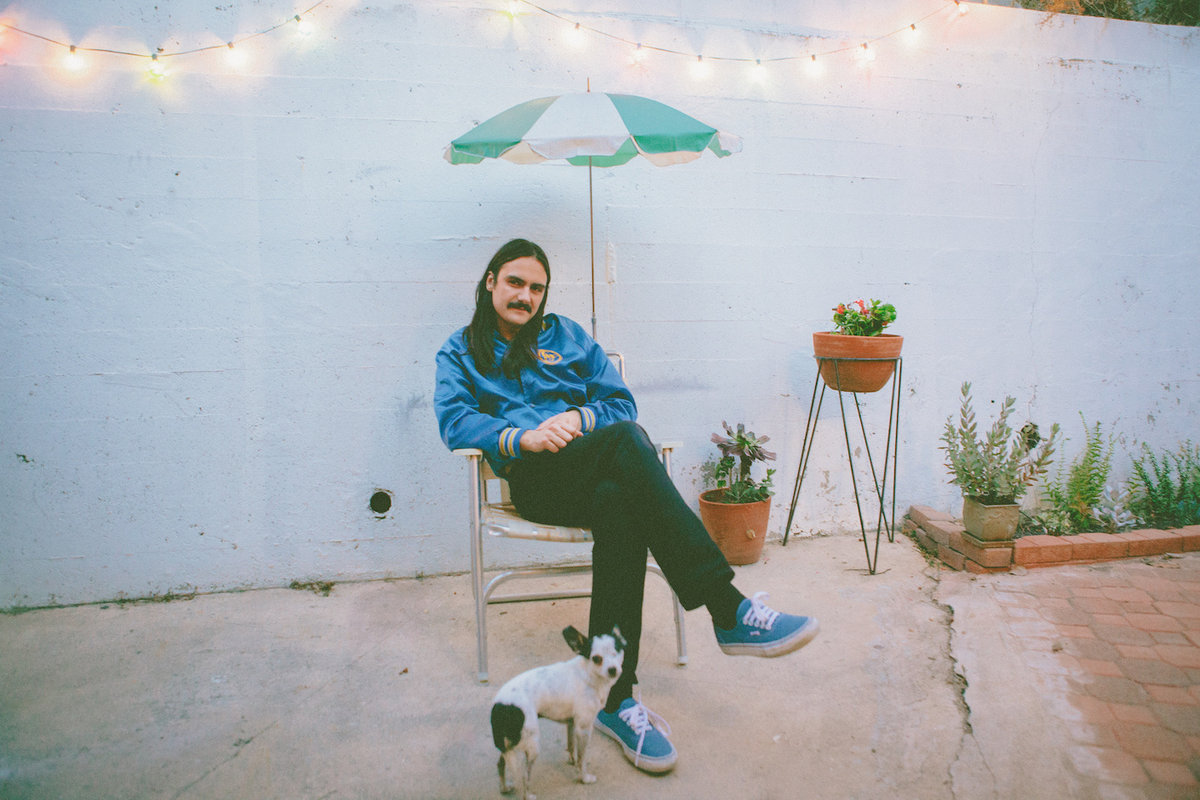 “I started playing guitar at 12, it took me a couple of years to make my own bands and then decided that I wanted to play music seriously from that point on,” says Canadian alt-rocker Michael Rault, who grew up in a musical family in Edmonton, Alberta. “I’ve never changed my mind.”

The now-Montreal-based Rault recently unleashed It’s A New Day Tonight, his latest album and first with Daptone Records’ rock n’ roll imprint Wick Records. Currently on tour supporting the release, Rault will descend on the Music City for a show at The Basement on Friday, May 25th. The record is a ten-song collection of dream-inspired, psych-rock infused tunes which use the foundation laid by post-Beatles era bands in the 1970s.

“My parents played a lot of stuff from the 50s, 60s, and 70s in our house, and my dad had a soul and R&B radio show. I went through a huge phase of digging through 70s rock n’ roll, and that influenced the writing and arranging on this record,” he explains. “I also think I’d like to be a continuation of certain musical traditions. In the modern age, there’s a little too much emphasis placed on how special and creative we all are as individuals, which is true, but I think we need to learn the craft, learning the traditions of the things that have come before gives you a strong basis on which to  build your own individual creation,” he continues. “I’m all for experimentation and trying to do something new that’s not a repetition of something else in the past, but I do think using the building blocks of the language of music we’ve grown up with is good too.”

The album uniquely is inspired by the dream state, using ideas that bubbled up from the subconscious. “I think I always try to approach songwriting from a subconscious place and use my conscious mind to round it out into something somewhat understandable without ruining it,” he says. “I ended up writing ‘Sleep With Me,’ which was the first song with that sleeping/dreaming theme that became a major part of this record, the difference between waking life and dreaming life. I might have been sorting through some issues subconsciously and was dealing with it through songwriting, finding harmony between the conscious and subconscious.”

The sonic landscape created by Rault’s nods to the past are the perfect vehicle to relay the dreamy subject matter, a bewitching blend to be sure. “I want to make people feel something, have some sort of emotional response,” he says. “It’s funny that we spend so much time on projects like making records, and so often it ends up playing in the background when they’re cooking breakfast or whatever,” he laughs. ”That’s okay with me, I just want people to enjoy it.”