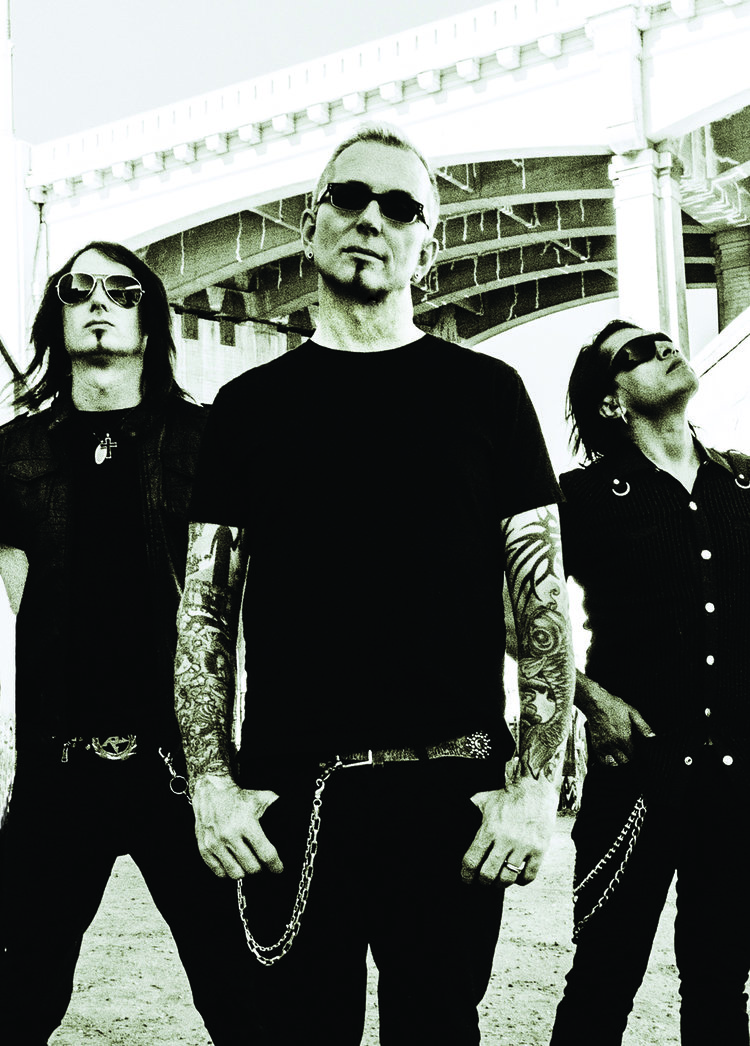 Iconic alt-rock powerhouse Everclear was a major part of my adolescent musical experience; in fact, with their signature catchy guitar riffs that inspired young folks to learn guitar and raw, lyrical honesty that cuts right to the quick, Everlcear has been a major part of countless others’ immersion into music. “I’m blessed, man. I’ve had a great career. I’m still going strong and still touring. I’m a 56-year old that guy gets to play guitar for a living. I mean, come on,” says frontman Art Alexakis as he sits in the living room of his new house in Pasadena, California observing the wild peacocks that roam freely on the property. For sure, Alexakis has come a long way since his tumultuous upbringing and his first album, which he recorded in his basement in Portland with a $400 budget—but he’s never forgotten those early days, which is a major reason why Everclear and its relatable music have been able to maintain worldwide success for decades.

“Music was always a part of our family. I had a very dysfunctional family but music was probably the one continuous thing that connected everybody,” he recalls. “I got Sinatra from my dad; my mom is from the south, Asheville, North Carolina, and I got old school country from her. My oldest sister was into Motown, while my brother was into the harder stuff like Zeppelin, and my middle sister was the hippie type, into stuff like Neil Young, and my younger sister was into bubblegum pop. Everybody was listening to AM radio, and I just couldn’t get enough of it– even with hell breaking out with my parents yelling at each other and fights and all that, as the world around me fell apart, music was always there.” As a young child, Alexakis’ family relocated to the housing projects—recollections of which reverberate throughout some of the band’s most well-known tunes–and music became a main source of comfort. “I was listening to the radio, sharing a room with my brother who always was listening to records. I never wanted to do anything else,” he says. “My letter to Santa when I was four years old said ‘Please bring me an electric guitar with an amplifier.’ I wanted a microphone and an organ and a drum set. I wanted to do it all. I wasn’t great at sports, and as I got bigger and started getting beat up on by other kids. I was like, ‘I’m not built to be bad, I’m built to play guitar.’ I started playing guitar when I was 14 and haven’t turned back once.”

Later, he began to write his own music; “I loved to write, but didn’t write songs until I was about 20. I got sick of dealing with singers who couldn’t play an instrument, so pretentious,” he laughs. “I was just like ‘screw it’ and I took a year off, smoked a lot of pot–I’m clean and sober now almost 30 years–but at the time, I lived in my mom’s house, played guitar all day, worked a shitty job, and taught myself how to sing and play.” Alexakis gravitated towards the sounds of hard rock and punk, music with heavy guitars, and used it as a backdrop to relay his unique brand of storytelling interwoven with his personal narrative. It’s a formula that has survived enormous changes in the industry, has enabled the band to retain hordes of loyal fans and has earned Everclear so many new ones.

“I just get so excited,” he says of his seemingly unending source of creativity and enthusiasm for his craft. “I’ve got a ten-year-old and I’m taking her to school and I’m like ‘What do you want to listen to?’ and she says, ‘I don’t know, something rocking.’ I go, ‘Alright. You know what? It’s Thursday, and from now on this is going to be Punk Rock Thursday,’ and I put on the Sex Pistols. She’s going crazy in the backseat, and it still sounds fresh. It still makes my heart beat faster, just like it did the first time I heard those big guitars,” he says. “I was playing her some Black Sabbath and turned it up loud, and it still gets me. It’s hard to do because everybody and their brother and sister have started a band and come up with some sort of guitar riff. But to be able to do it in your own way and put your fingerprint on it is what I’ve always wanted to do. It’s what I still try to do–hard rock with a punk, old school metal edge to it,” he explains. “That’s what I tried to do with the Everclear sound, that’s what I was trying to capture.”

Everclear tours regularly, and they will make a stop in Nashville on May 23rdfor a show at The Cowan with Local H and Marcy Playground, kicked off by a DJ set of Alexakis’ favorite 90s tunes. The band will play songs fans haven’t heard live in years, but the show will definitely feature the songs we all know and love.“I get very frustrated with bands that don’t play their hits, so we always do,” Alexakis explains. “I get the energy to feed off that from the crowd. How can you not be excited when you’ve got thousands of people singing your lyrics? You can’t phone it in, you’ve got to be present. That’s how you keep it new,” he continues. “When I’m singing the lyrics to ‘Father Of Mine,’ I have to get emotional and touch in with that kid that I touched in with when I wrote that song. ‘Father Of Mine’ is a hard song to sing, and you get used to it. But you can’t phone it in.  I have to be present every night and I have to sing those lyrics and tell the stories in a way that feels fresh, and when I do that, the crowd responds. When they respond I respond and the band responds. I still I still feel like a kid every time I walk onstage, and the lights go down, and the intro starts and I walk out on stage. I can hear the crowd cheering,” he adds. “I dig it.”