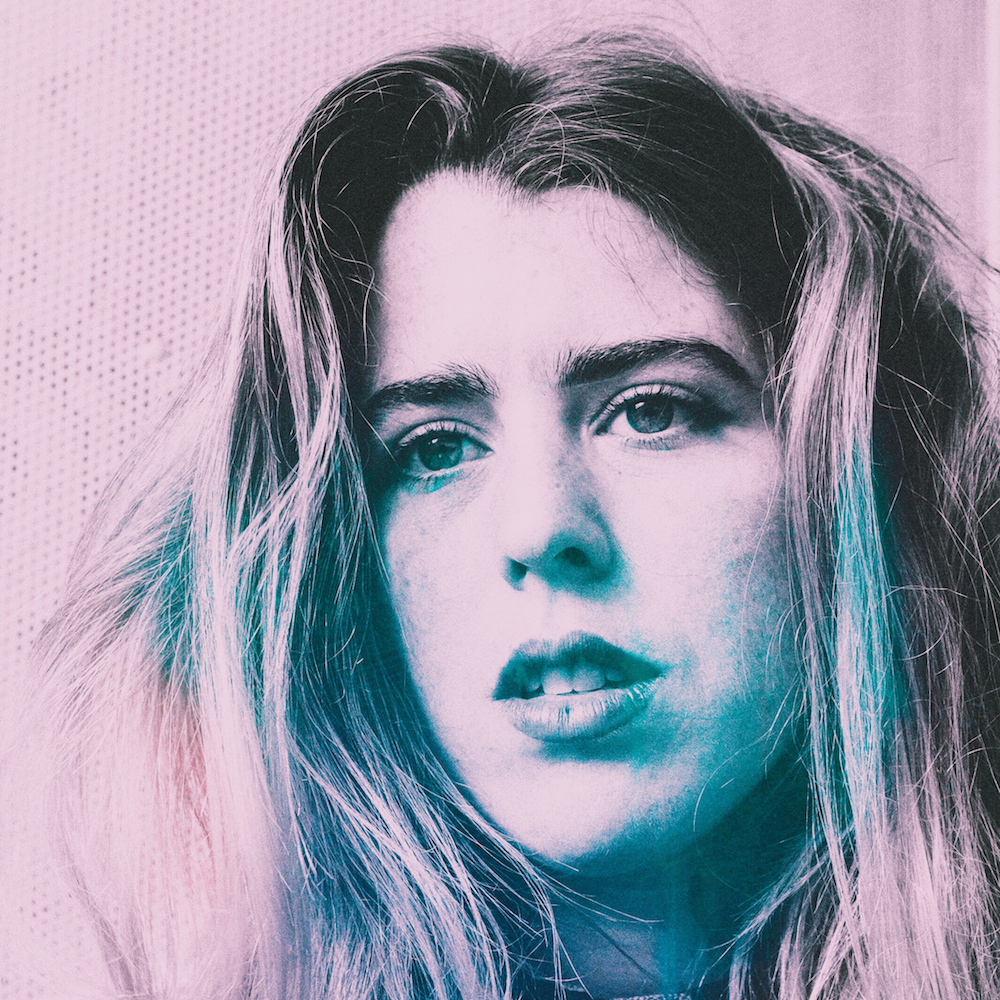 Sitting by the water as she drinks coffee in the brilliant California sun, Maddi Hawkes, who makes her gut-punching brand of pop rock music under the moniker Mad Hawkes, the self-proclaimed beach kid who always has a suit in her car, is contemplating a swim. Los Angeles native Hawkes will release Undone, her new EP, on May 11thvia Parts and Labor Records.

Born into a family of music lovers, Hawkes was always around music from an early age. At age 12, the family took a trip up the coast, and a family friend who was along for the ride taught her how to play the guitar. “I kind of took it from there, writing songs, playing guitar, and singing. Pretty quickly, my voice got along better than my guitar playing,” she laughs. My 13-year-old self was so sad,” she adds about the subjects from her early songwriting attempts. “I don’t know why! I hope no one ever hears those songs, they’ll think I’m totally messed up. It’s not like a had a rough life or anything, it’s the nonsense of being a teenager I guess.”

The songs from her new EP bear the mark of maturity earned by navigating the minefield of young adult life showcased by tracks that are straightforward and brutally honest, lyrically-speaking. “I summed it up to what it means to be in your early to mid-20s, it’s an intense amount of growing that happens in a small amount of time,” she explains. “You’re on your own now, you’re making your own rules, you’re living your own life, and you kind of you lose that structure having a family and living at home. Music is how I cope with experiences in my life, so I write them directly from something I’m feeling, a reaction to a situation or to a mistake or to an experience,” she continues. “The songs are really about the emotional trauma of being in your 20s and being the kind of person that makes mistakes and bares it all. It’s a cool thing because you experience more life. It’s also a painful thing that you’re always just like ‘damn it, another stab to the heart.'”

“It’s not hard for me to go back to those feelings to perform those songs,” she continues. “The hardest part is actually writing the song and sitting with it by myself. That’s where I do all the healing and the opening of the wound. That’s when it’s really hard and really emotional. I feel that pain because that’s what I’m reliving and I’m getting it out. But then once I’m onstage and performing them, I don’t really think twice about it. I feel more empowered by the experience afterwards, rather than when I’m writing the song in the moment,” she admits. “It hurts. It really hurts and it’s difficult, but afterwards, the wound is healed and I can sing confidently and powerfully about the situation that I went through.”

Hawkes teamed with the legendary Jimmy Messer (AWOLNATION) to produce the album and help her bring her vision to life. ”He’s the coolest,” she says. “He’s family to me and I’m beyond grateful that I have had this opportunity with him.  I think because we’ve known each other for a long time, and he knows me really well, I didn’t have to verbalize a lot of things. He got the gist of what I was trying to say. We want to make the best possible music. He’s got a really really great way of developing new sounds and trying new things and finding his own unique approach to making music,” she continues. “I’ll bring him the song that I’ve written and he will just totally elevate it to this next level where I’m like, ‘whoa, did I really write that?” she laughs. “He’s very good at what he does. He played a huge part in shaping who I am as an artist.”

And for Hawkes, the message is that honesty is the best policy when it comes to making music. “I’m super excited and I really can’t wait for people to hear it,” she says. “I really want to inspire confidence and honesty in people. I think that it’s really empowering when you are able to admit your flaws and just be truthful and honest about things. It really helps you be yourself. If you’re honest about mistakes or situations, you just end up being this better person, a more rounded well-rounded person,” she continues. “I grew up in LA where no one is themselves. It’s hard to find people that are truly themselves. Once you do, it’s just such a special thing. I have two little sisters and I see how awesome they are and how they’re little powerhouses who are so confident in themselves. They just have such a big draw from the people around them and I want everyone to be like that,” she adds. “I really want people to be free to be themselves.”

2 thoughts on “AN EXCLUSIVE INTERVIEW with MAD HAWKES”