Though often obscured by the layers of country, Americana, rock, and more country, there has always been a pop music scene in Nashville. As artists have pushed the boundaries of the genre with bolder offerings that forgo the glitter-tripe frequently associated with “pop music,” indie-pop is undeniably establishing itself as the new cool in Nashville. With the same explosive energy as the genre itself, rising New York indie-pop artist VÉRITÉ recently roared into Nashville’s Mercy Lounge, a venue that has long been a home to diverse musical perspectives.

VÉRITÉ has truly remained independent– the label of “indie” wasn’t added to her craft just for appearances. Even after having viral success, she has self-released her albums—a bold balancing act between artistic freedom and financial backing, and a sure sign of her industry fortitude.  However, at Mercy Lounge, she proved over and over that she can be independent with a sound that connects to fans across all genres, a trait coveted by the Nashville music fans that eschew the mainstream-big-machines and love their gritty fighters. Saying only, “Nashville, this is not my song,” the crowd thundered in approval as VÉRITÉ started into her popular, more up-tempo cover of The 1975’s “Somebody Else.”  Putting her own twist on the song, with a head nodding synth-bounce-beat, she managed to retain the same melancholy as the original through the bleeding inflection of her voice.  As the crowd rocked and swayed, some with hands raised in the air, VÉRITÉ made-over “Somebody Else” while finding a unique way to keep the depressive gleam of the original.

She also carried a sense of independence at the core of her performance. She was always in control, comfortable in her artistic skin, even when her songs dealt with out of control emotions. While musically the night featured soul-shaking bass, a driving beat supported by live drums, and grand synth melodies, her lyrics are not beholden to the pop-glam norms. She embraces sadness, contemplation, longing, and introspection—elements traditionally associated with indie rock. While the show-closer “Undressed” boasted a dramatic music build before kicking in full power as an anthemic, dance-ready banger, there was a love-weary angst in VÉRITÉ’s vocals that packed an undeniable emotional punch.  Another highlight of the show was her newest song, “Nothing.” As an opening of synthesized bells and starkly contrasting minimal bass gave way to bright arcs and a head-nodding bass groove, VÉRITÉ put her crystalline vocals on full display. The song, especially with the rawness of the live performance, carried a Regina Spektor-meets-Lorde vibe and was met with one of several approving roars from the audience.

Whether intentional or not, VÉRITÉ’s recent Nashville show stands as an illustration of the renaissance of the city’s indie-pop scene. The fans packed into Mercy Lounge, made of a truly all-ages crowd, demonstrated the city’s insatiable hunger for strong original music. VÉRITÉ served notice that a powerful beat and solid hooks can be the foundation of catchy pop music, but that it is in the lyrical and musical nuances that indie-pop takes shape and demands the attention it is getting.  It was a night where you couldn’t help but get swept away by the feel-good beat but had to pause every now and then to appreciate the depth of the performance. 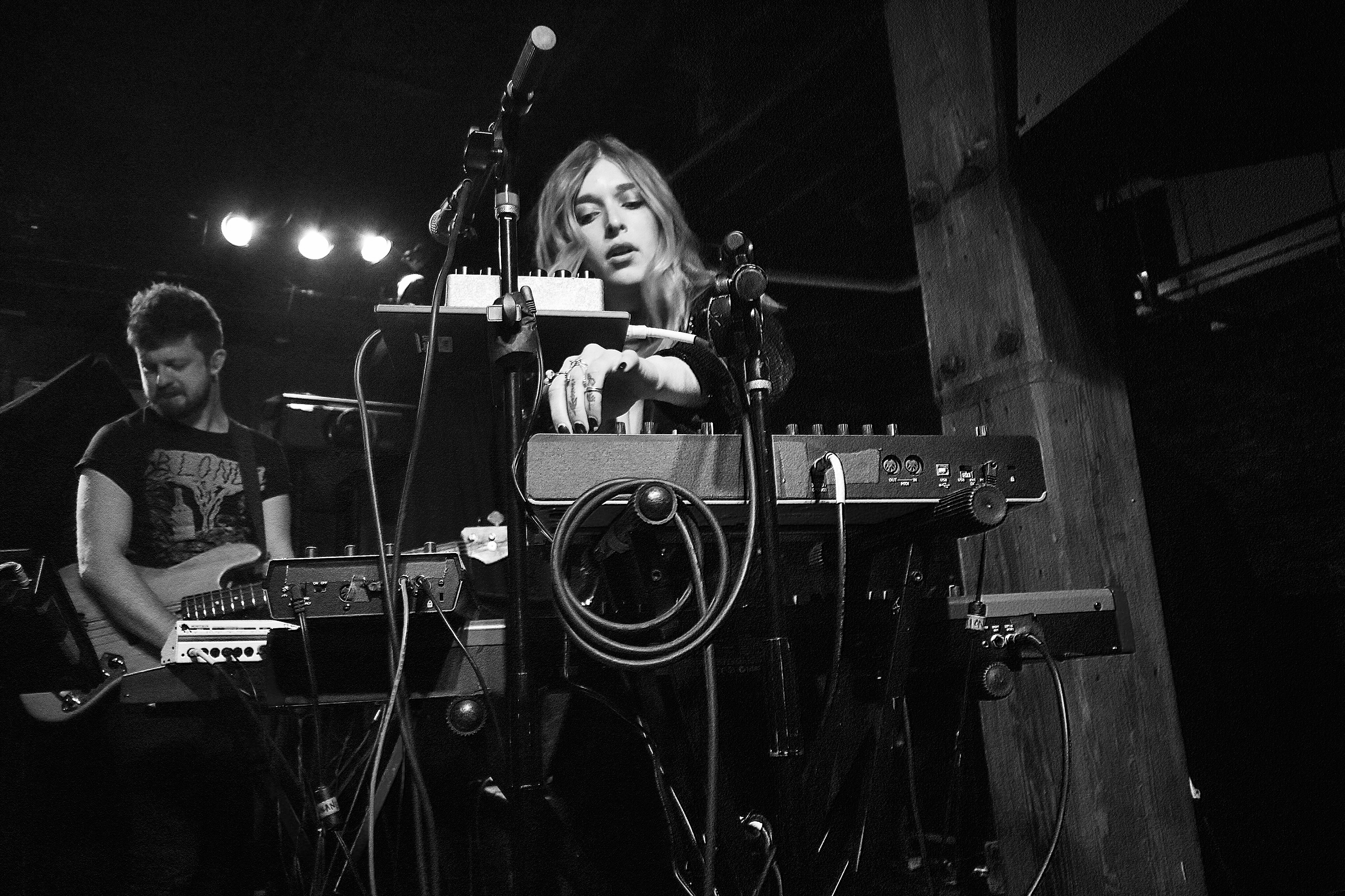 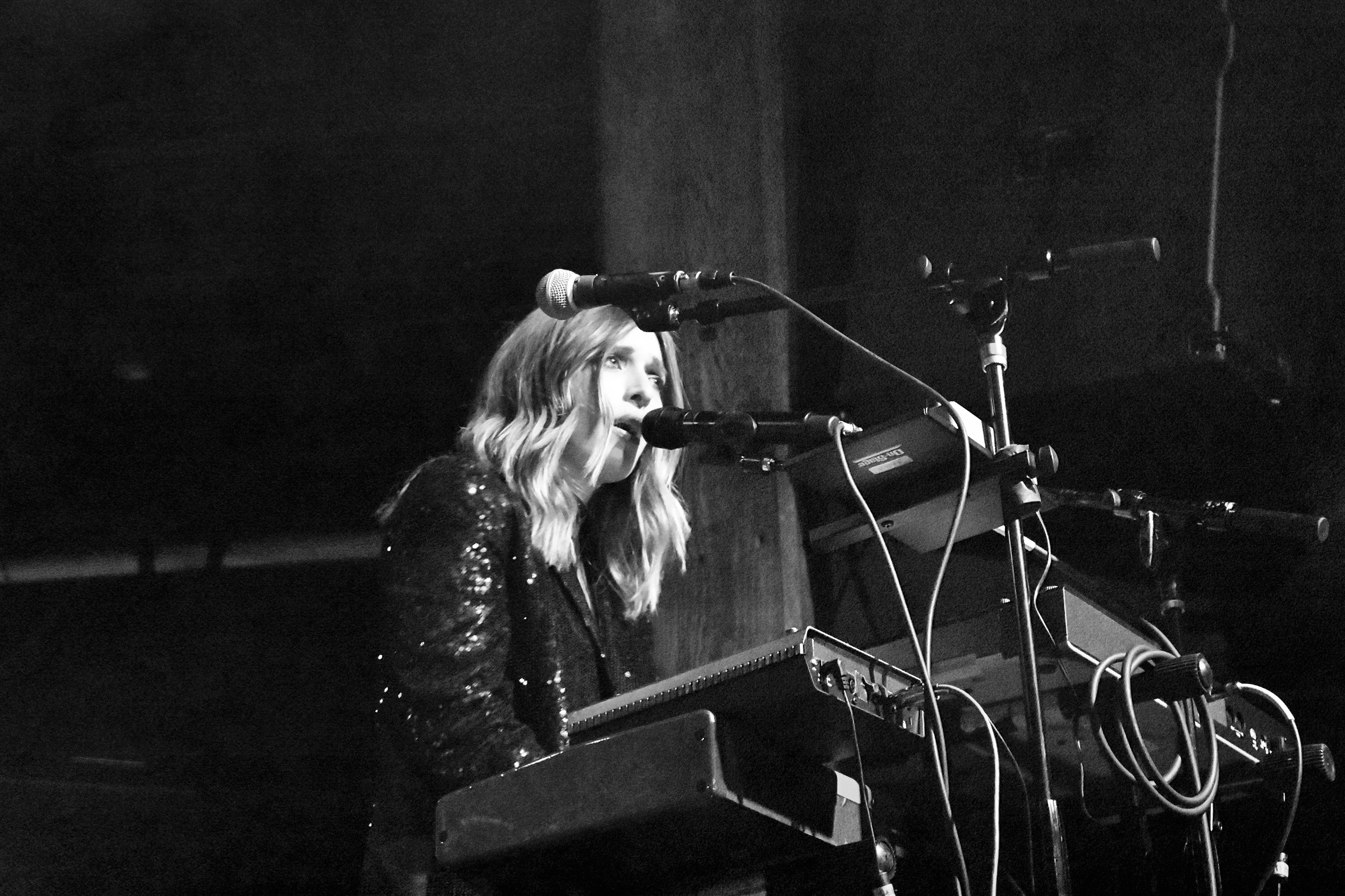 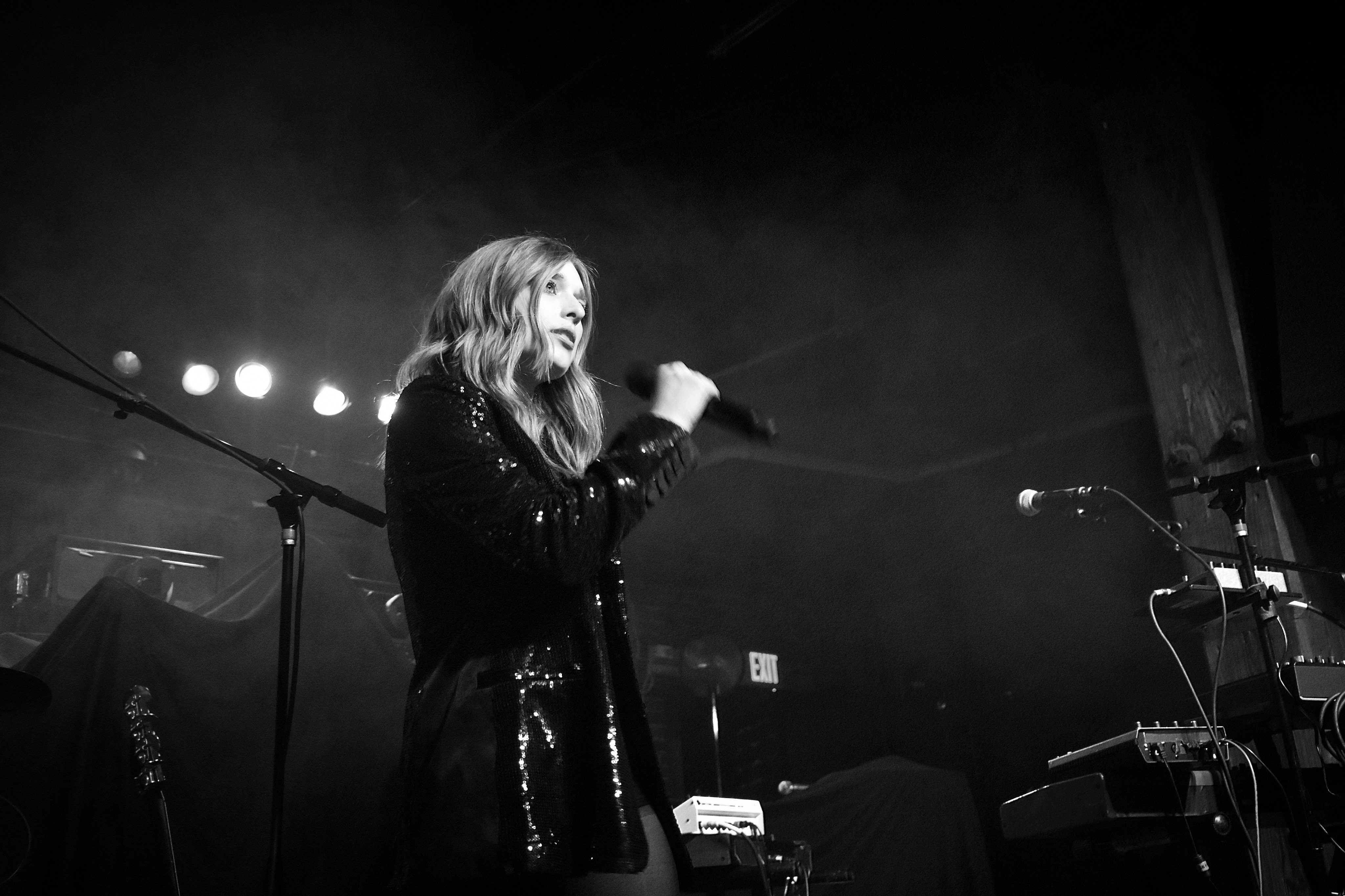 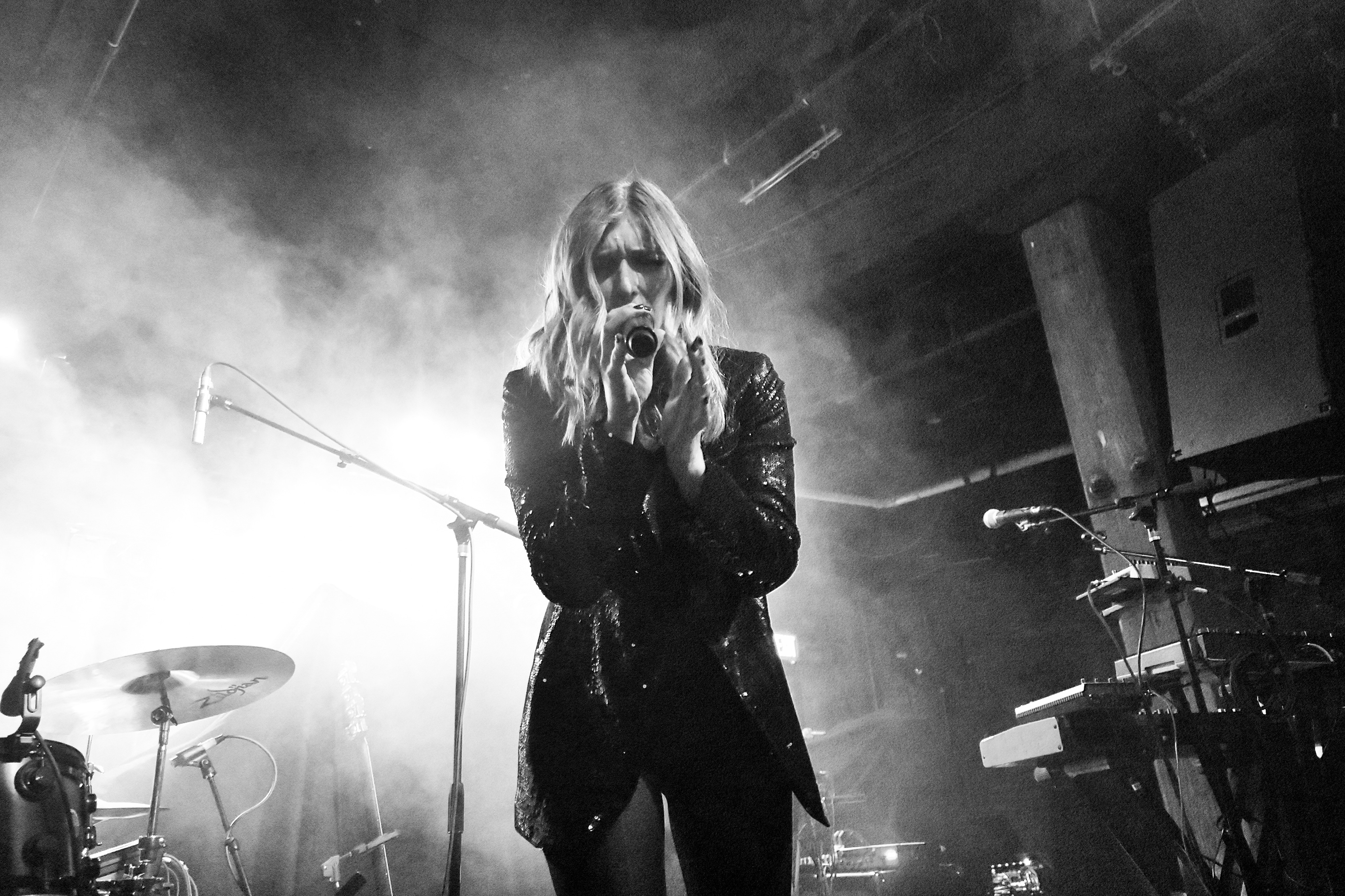 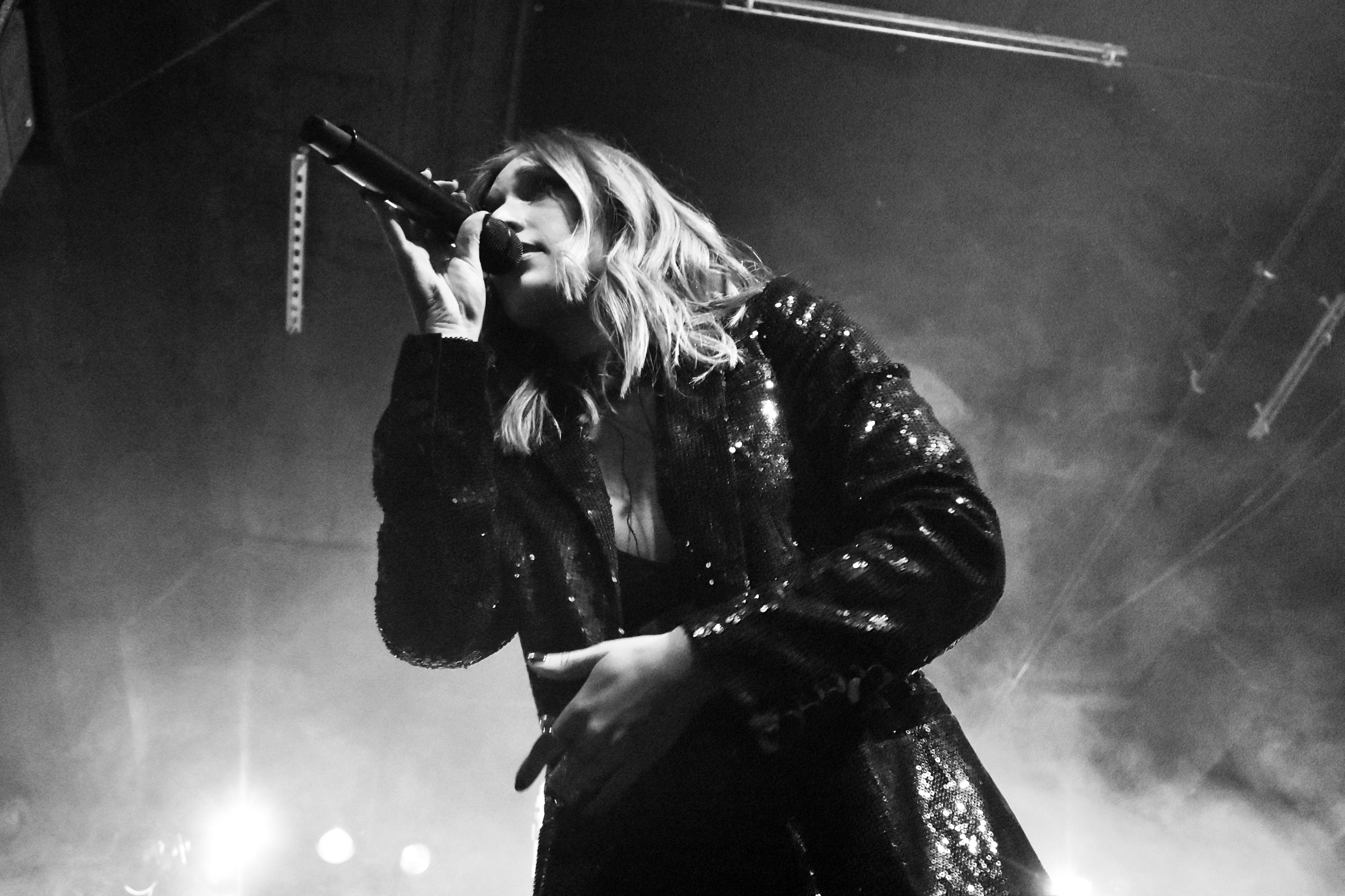 [This review and its photos were handcrafted by Eo8’s own George Maifair.]