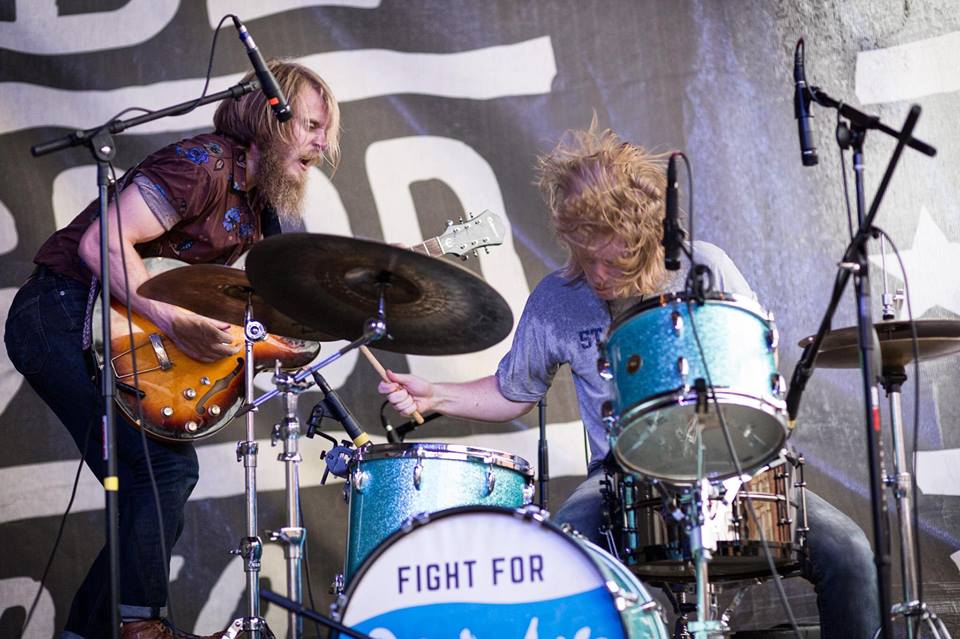 At East of 8th, we do our best to feature the most exciting new alternative offerings taking over the digisphere at any moment, from alt-pop to alt-folk and everything in between. In my heart of hearts, however, I love straight up blues-inspired guitar-driven rock n’ roll. Bands like Austin’s Black Pistol Fire, Brooklyn-based Winstons, and Cleveland’s Welshly Arms—these are bands that speak my love language. Enter Nashville’s Brother Man, a duo who makes a whole lot of noise for two people.

Chris Winfree and Dalton Smith, a.k.a Brother Man, are taking Nashville’s rock n’ roll scene back to the basics with Robert Johnson-esque blues sensibilities mixed with Jack White’s fuzzy bravado, coupled with a fiery live performance style. Their third EP, All On My Own, set for release on May 18th, was recorded at former Band of Horses member, Bill Reynolds’ Fleetwood Shack in Nashville. The record was engineered, produced, and mixed by Marc Whitmore (Michelle Branch, Patrick Carney, Aida Victoria) and mastered by Amy Marie of Yes Master Studios.

Today, the pair unleash “Peace Of Mind,” a track from the new album. ”When I wrote ‘Peace of Mind’ in 2014, it was merely a song written out of heartbreak,” explains Winfree of the tune. “Coming out of one of the darker places I was at the time, it was written as a cry for help. I was desperate for any guidance in whatever direction I needed to go because I knew where I was mentally at the time wasn’t sustainable in the long run. I never would have imagined it could turn out as well as it did on this record,” he continues. “Dalton did an excellent job of honing in on Motown grooves and fills throughout the song to give a change of pace from our more frenetic and high energy songs. ‘Peace of Mind’ more than anything is a testimony to Marc Whitmore’s talents at engineering and producing. He helped us find the missing pieces and together we created a recording of which I’m truly proud.”

Dear Brother Man, thanks for giving us something we can chew on, grit and all. Without further ado, East of 8th proudly presents “Peace Of Mind” by Brother Man:

[Brother Man will celebrate the release of AOMO with a headlining show at The High Watt on May 19th, with Microwave Mountain and The Ragcoats. Click HERE for tickets and show information.]