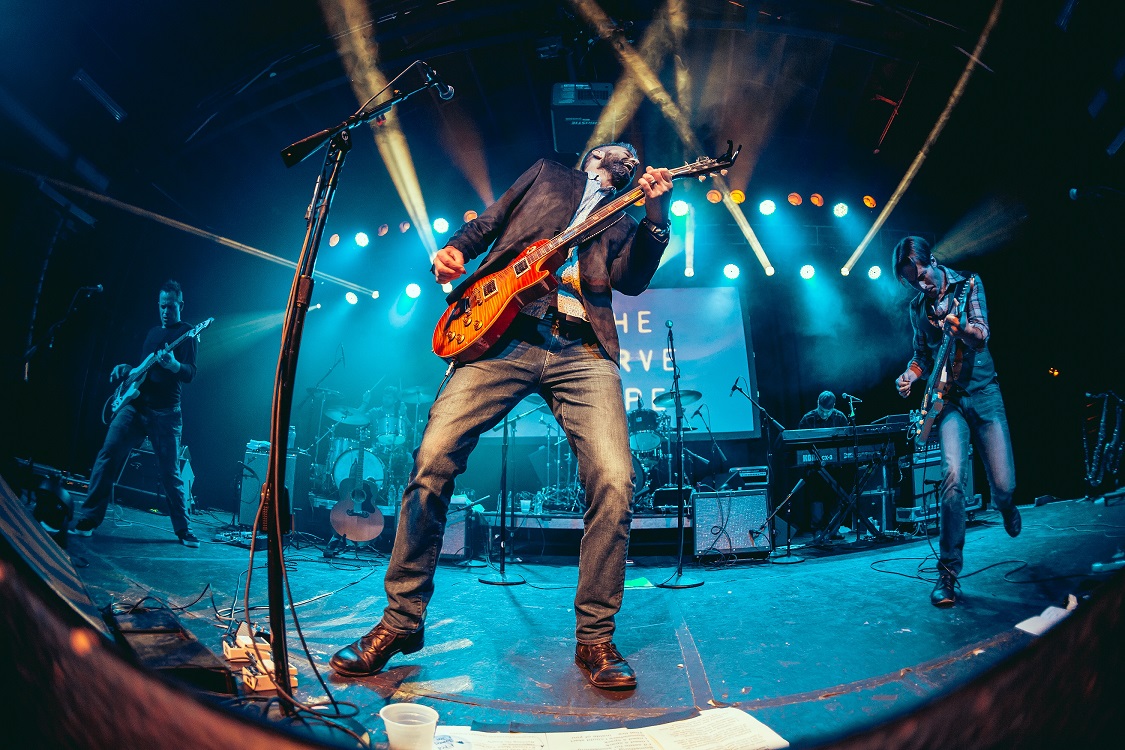 Internationally-acclaimed multi-platinum rock band The Verve Pipe has been making music for the last 25 years; known for cranking out stellar songs, they’re widely known for their massive 1997 hit “The Freshmen,” which made those of us who were freshmen around that time swoon whenever we heard it—and, it still has that same emotional effect on listeners far and wide.

“I understand the impact it had on people,” explains frontman Brian Vander Ark.“I never really get tired of playing it because it’s a moment in the set that people come specifically for. There’s a real nostalgic feeling for it. And you know, I feel that way about songs that I grew up with in the 70s,” he says. “The nice thing about ‘The Freshman’ is that it still resonates with people and I’m proud of that. I’m proud of the lyrics. I’m proud of the fact that we made a song that we can hold our head up high over.”

It’s been quite a journey for this hard-working band from Michigan, who has seen the music industry completely change during its tenure—but, The Verve Pipe is living proof that ingenuity, creativity, and Midwestern tenacity is a powerful combination, one that has sustained decades-long success, and has helped them overcome some significant challenges. “Our album Underneath came out at 9/11, and that was an omen for us, that was the thing that made us say, ‘We need to take a break and we need to figure this out,’” Vander Ark explains of the band’s eight-year absence from the studio. In 2009, the band released A Family Album, the first of two children’s records which left some fans scratching their heads. “I thought we needed to figure out a way to reach young kids,” he reveals. “All the band members are very funny, very silly people, and a lot of us have kids. I felt like it would be a challenge to do a kid’s record, and make it enjoyable enough that adults would listen to it too. There was a lot of criticism about our kids’ music from the real die-hard fans,” he adds. “The critics loved the albums but the fans were like, ‘What are they doing? They’re a kiddie band now?’” he laughs. “We just had to ignore it,” he continues of some fans’ reactions to the children’s music. “It was a lot of stuff online, a lot of emails came in about it. We played the kids’ stage at Austin City Limits, and ten thousand people showed up for this thinking that we were going to play ‘The Freshman’ who had no idea we’d made a kids’ album. When we played the kids’ set, there was a mass exodus after the fourth or fifth song,” he recalls. “We even got booed when we were in Mobile, Alabama for playing the kids’ stuff. We stood by our guns and said ‘We’re going to make this is a kids’ show, and we’re going to put on a good one.’”

“Making a kids’ album was a way for us to get back into the studio and make it fun,” he continues. “Once we got back into it, I got that taste for it again–after we did two kids’ albums, I wanted to make a rock record and make it a fun recording process, which it never really had been until the kids’ stuff,” he says of the process of making 2014’s Overboard, which Vander Ark thought would be their “comeback album.” “I didn’t think that the songs were what they could be,” he admits. “Some of the songs were really great and some of them fell short. So, I said, ‘Well, let’s get right back in and get back on this horse and do it again.’” What resulted was their brilliant 2017 release, Parachute. “I feel like we’ve had enough people come to us and write to us that say, ‘Oh my God, this album!’ and ‘I’ve rediscovered you guys!’ And now that the shows are selling out, I think it’s a testament to how powerful that album is,” he continues. “I think things are just getting better.”

The Verve Pipe’s musical foundation is as strong as ever, and Vander Ark partly attributes the band’s longevity and signature relatability to storytelling. “I was quite the liar when I was a kid,” he laughs. “My mom would tell you that. ‘He was such a liar when he was a kid, no wonder he could tell stories!’ I love my mom to death. That’s the truth. I love stories. I love film. I love stage plays. I think of a story, I try to put myself in the character’s position, and write from their perspective, then the music comes after the story,” he says. “Knock on wood, that muse has not left me yet.”

Crowds from sea to shining sea have the chance to see and hear for themselves, as the band is currently on a tour which brings them to Nashville’s City Winery on Sunday, April 22nd. “We always have a great time there,” Vander Ark says of the Music City. “It’s been phenomenal. This show is going to be about musicianship. We’re gonna play some old stuff. We’re gonna play a new stuff. We’re gonna say hi to some old friends. It’s always a good time. We always enjoy ourselves on stage,” he adds of their live performances. ”We entertain each other on stage by making each other laugh or enjoy telling stories and that kind of thing is kind of infectious. We have too many stories to tell to just get on stage and shoegaze,” he laughs. “We have something to say–whether it’s serious at times, or funny or self-deprecating. We find the energy and we rock it out.”