Simplicity can be hard to come by these days, especially when it comes to live shows. Artists fill rooms with artificial fog and multicolored strobe lights, putting on some of the most elaborate live performances you will ever see.

Yet when Max Gomez played Nashville’s High Watt on April 3rd, it was like a breath of fresh air. Being anything but a traditional concert, the entire show consisted of only Gomez and his guitar, with the occasional addition of a harmonica. There was no need for extravagant lights and sounds. Even neglecting to religiously follow a set list, Gomez wanted every audience member to be a part of his songs.

It became evident throughout Gomez’s performance just how important audience engagement is to him. From his story-like songs to giving audience members the opportunity to shout out requests, Gomez was there to please. And if his music isn’t enough to captivate you, perhaps his stage presence will do the trick. Often bringing his instrument to face level, we got to see firsthand just how quickly and chaotically Gomez’s fingertips move across the strings of his guitar.

Opening with an unreleased song titled “Good Friends,” Gomez told the classic tale of friends turning into lovers. The first strum of this song immediately transformed the High Watt, making every member of the audience feel like one of Gomez’s closest friends–with each lyric sung, he put everyone in the room inside the song. Treated to yet another unreleased treasure, Gomez told the story of some friends who bought an antique store. Sung from the perspective of the store’s clerk, we couldn’t help but feel the loneliness and boredom of his mundane life. Gomez admitted the song is based off “real people from a real place,” so he had to be especially careful in crafting the song to ensure no one’s feelings got hurt. It felt as if we were hearing a friend tell us a secret.

Yet Gomez’s songs weren’t the only stories told throughout the night. Even between songs, he filled the silence with quirky stories from his life and past shows. Before covering John Hartford’s “In Tall Buildings,” Gomez told the story of the event that sparked him to start covering the classic folk tune. After seeing a young boy dressed head to toe in a suit, Gomez overheard the boy’s father tell him to get used to the suit because he’ll have to wear it every day for work. Still in disbelief about the father’s disheartening comment later that night, Gomez dusted off Hartford’s tune and claimed he’s been playing it at shows ever since.

Despite a catalog of fairly serious songs, he admits to writing “silly songs” with one of his close songwriting friends, Jed Zimmerman. Claiming to create some of the “best songs you’ve never heard” in Zimmerman’s garage, we got the privilege to hear one of these so-called songs. And funny it was. Who knew you could write an entire song about whitey tighties?

It’s not every day we come by an artist who blows us away with solely his voice and a guitar, yet Max Gomez did just that. From his suave, low vocal range to his insane guitar strumming, it was hard to take our eyes off the stage. Gomez reminds us you don’t need all those fancy components of a live performance to get an entertaining show. After all, you know what they say: Less is more. 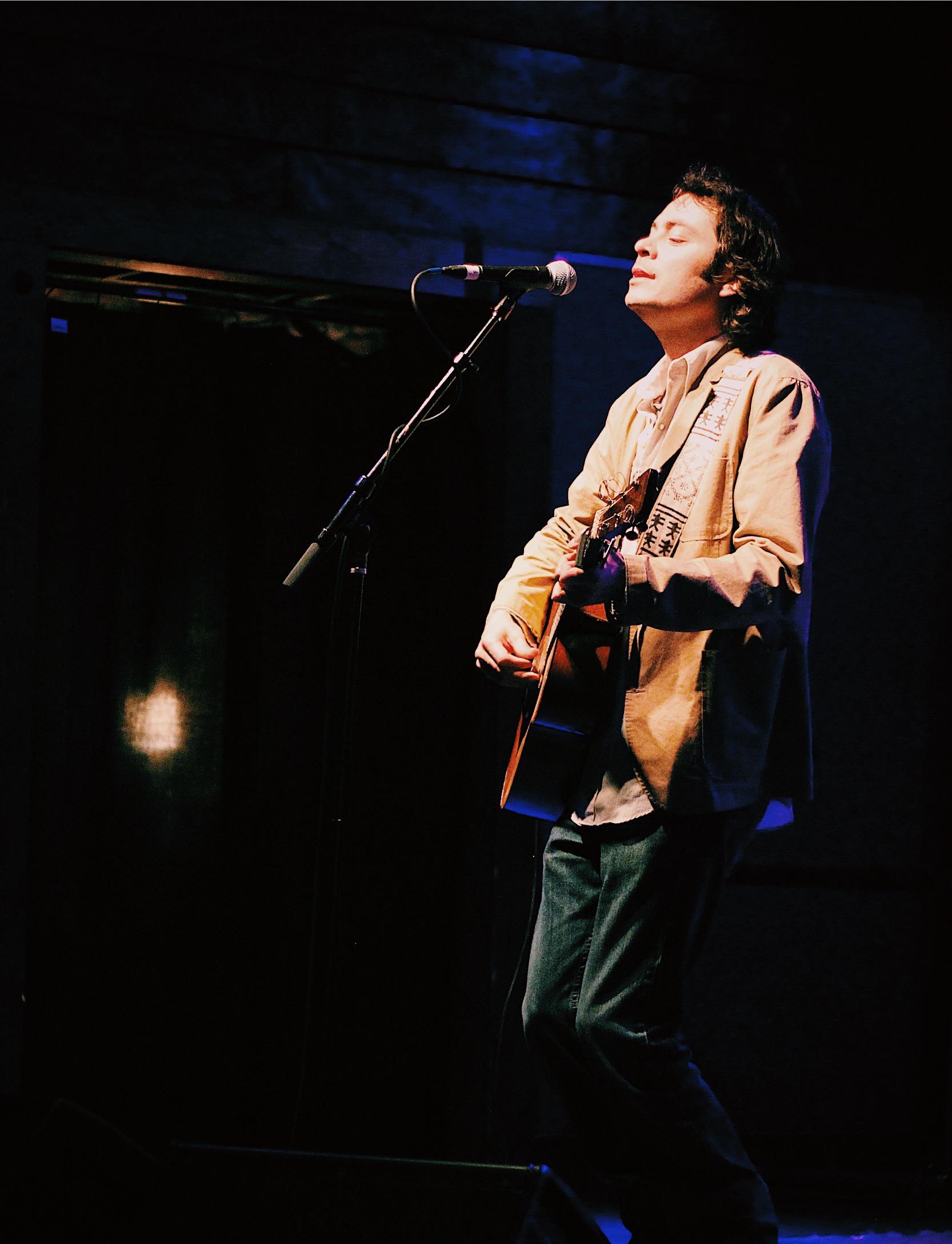 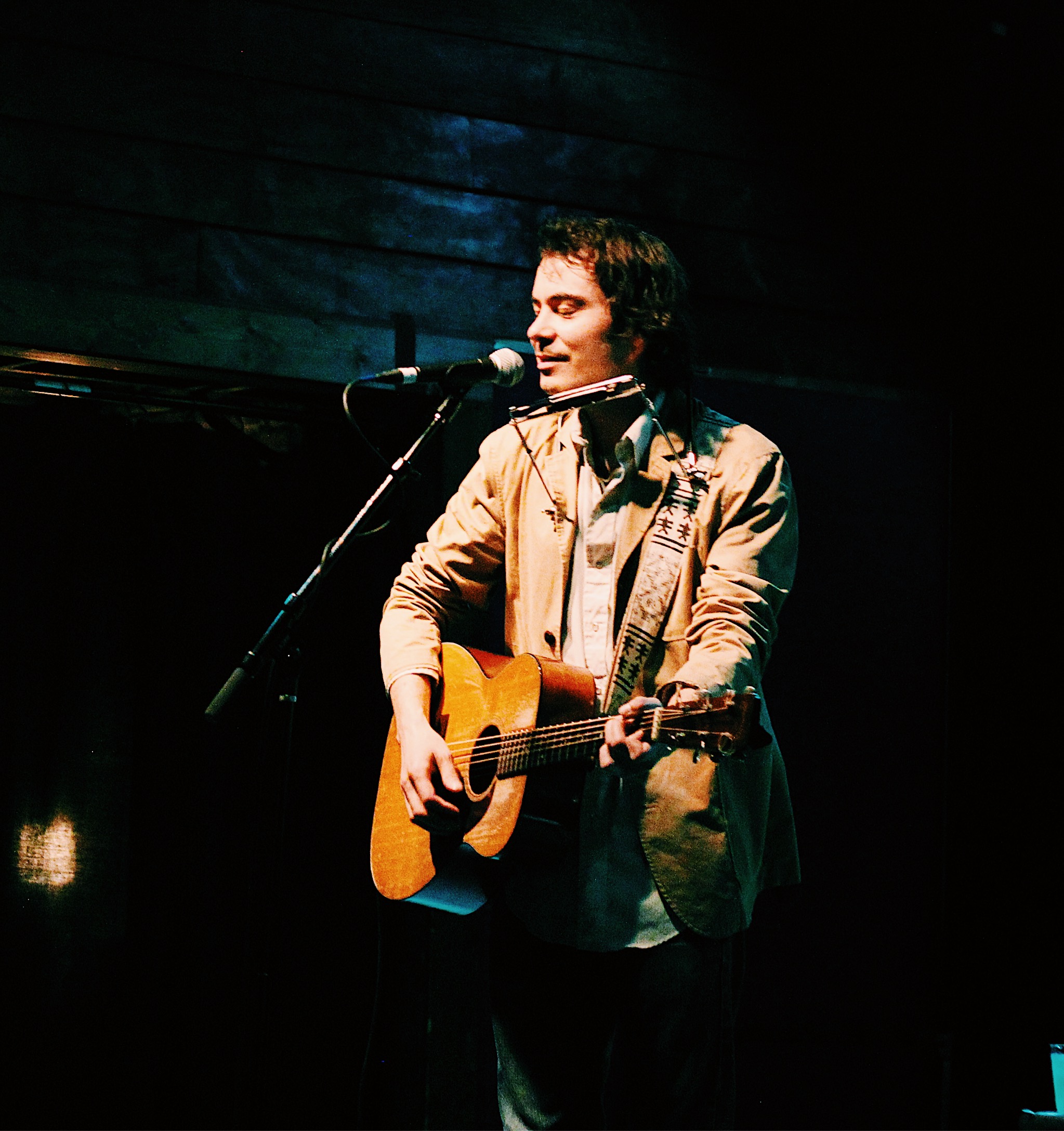 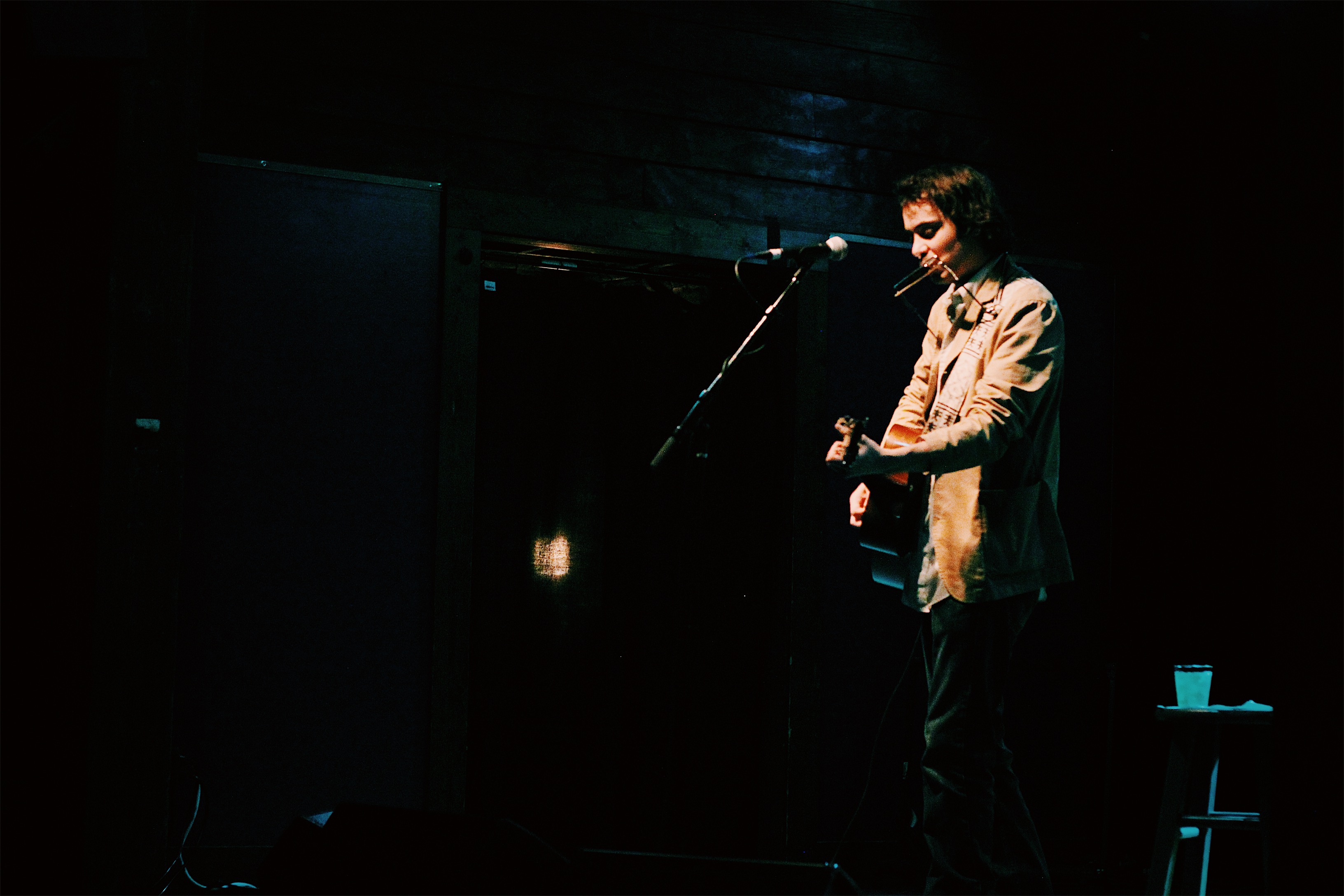 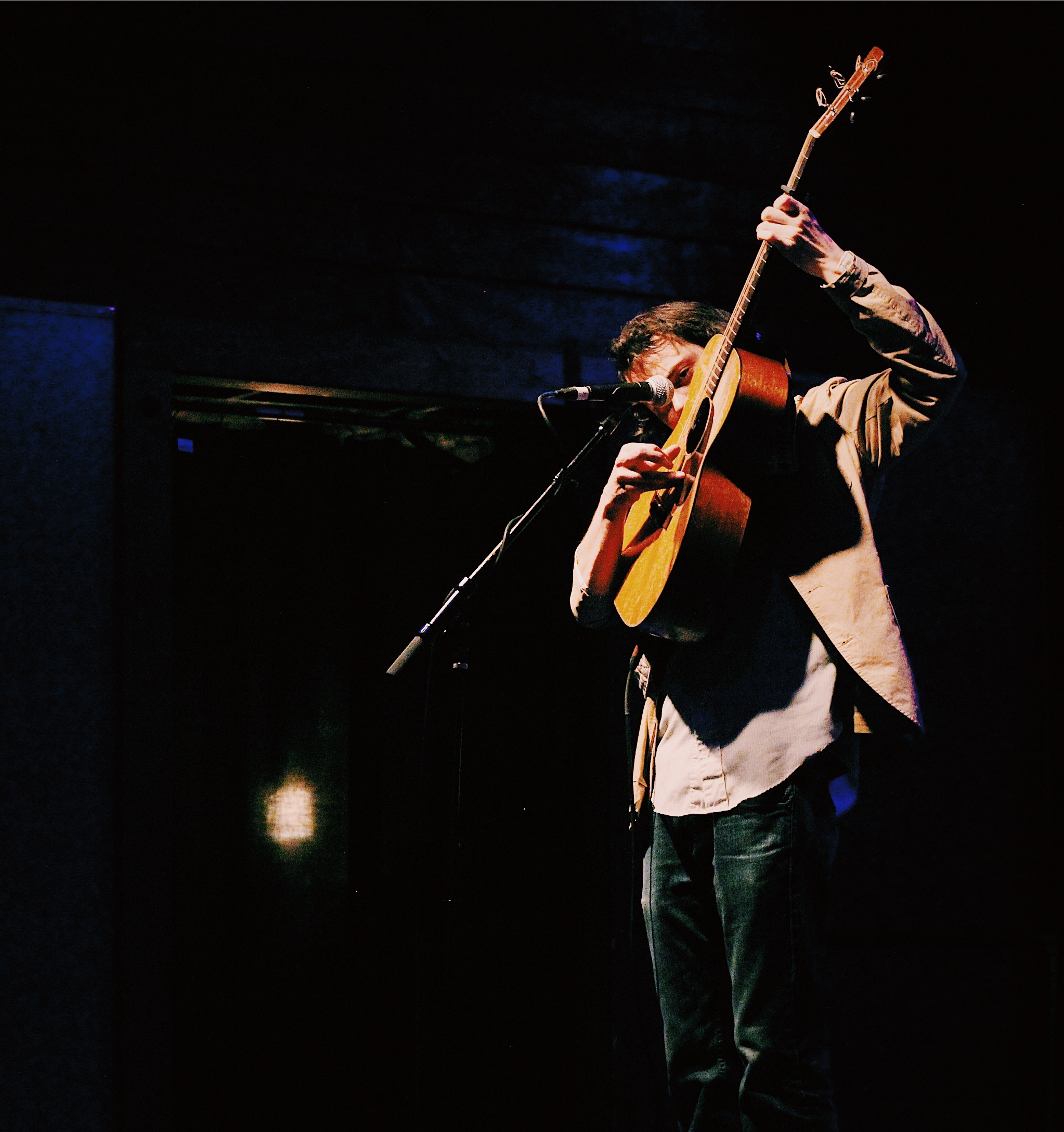 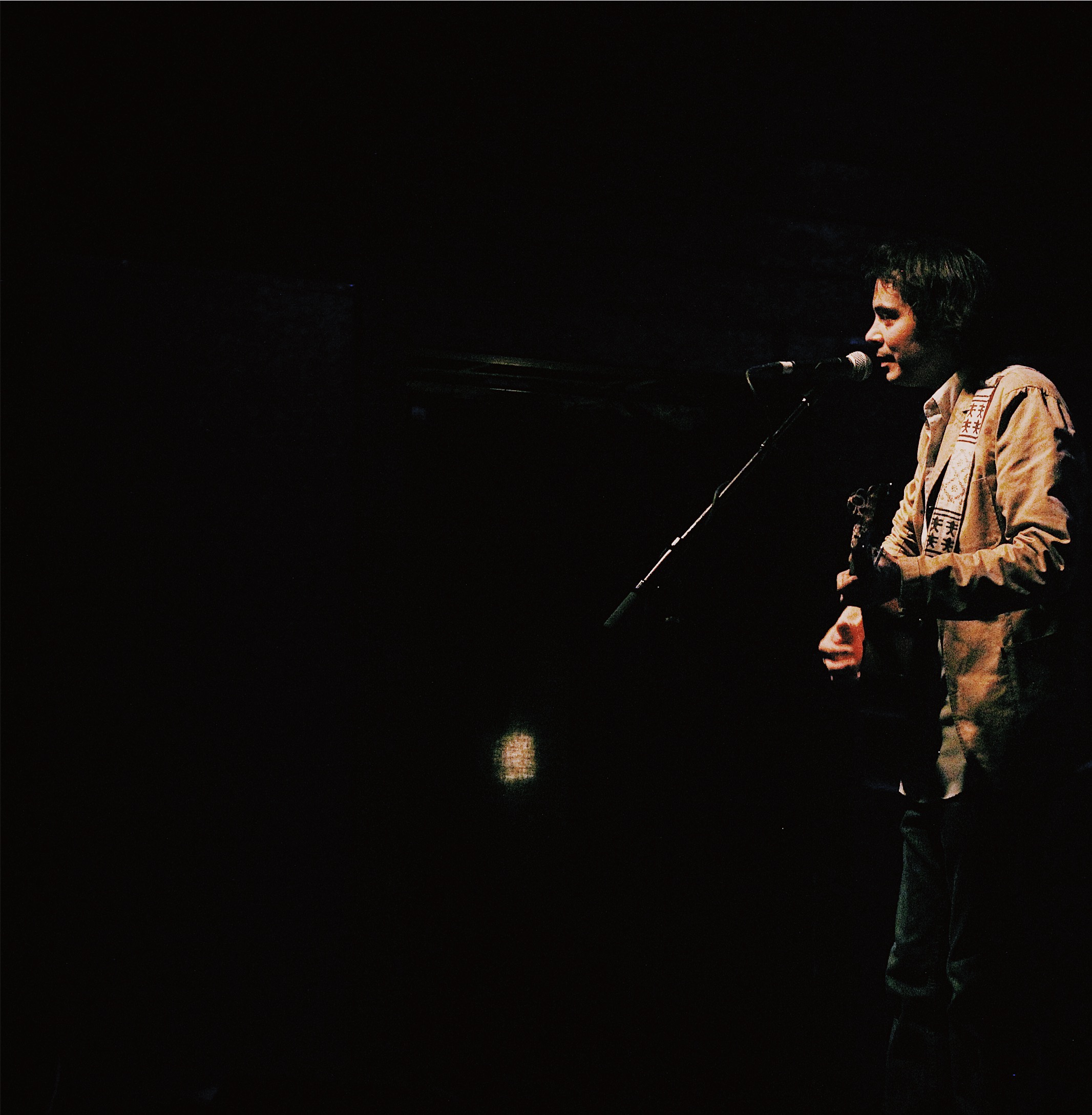 [This lovely review was handcrafted by Eo8’s own Bru Goebel; the photos were provided by Eo8 editor Susan Hubbard.]