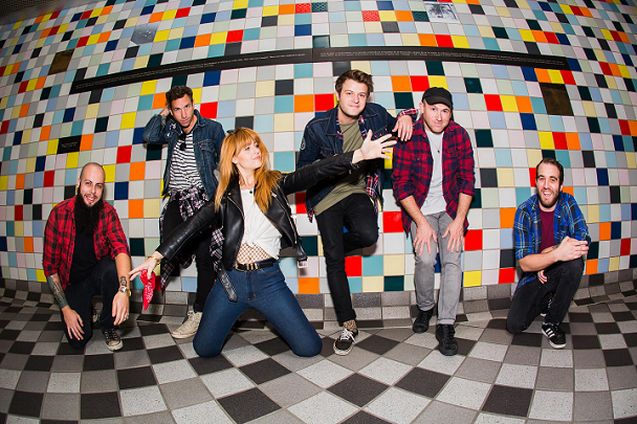 “We definitely went in that day with the intention of writing a happy song, that’s what we do,” says Colin Louis Dieden, vocalist for Southern California collective The Mowgli’s of their latest single, “Real Good Life.” “We wanted to remind people that even though it’s hard to remember sometimes, especially with the political and social climate in the world right now, life is still good and beautiful, that good things are happening around you all the time, that there are amazing people everywhere,” he continues. “It’s really easy to lose sight of that in light of how messed up the world is.”

It’s this ability to see the good things, to appreciate the forest for all of its trees, that makes The Mowgli’s’ story so endearing. The 2013 release of their first major-label LP Waiting For The Dawn which housed their wildly popular hit single “San Francisco,” focused on the joy of bringing people together and immediately connected to listeners across the world. The success led to playing for sold out crowds in club shows all over the country, appearances at major festivals, and performances on late night television. It was a journey that came with many highs and lows, but Mowgli’s has been able to stay grounded in their mission of positivity.

The band, now independent again, has refocused, returned to their roots, and embarked on a tour of smaller clubs to better connect with their fans. “We’ve been doing this for a long time, playing huge shows and big festivals, and I think that we wanted to do a tour where we could let people back into our lives in a way, allow people to feel part of this again, instead of being so far away behind a barricade,” says Dieden. “The whole point of this band is inclusion. We wanted to give people an opportunity to feel close to us, so we went for an intimate vibe. It’s going really well. Everyone’s having a great time,” he adds. “It’s easier to give your attention to a room of a couple hundred than it is to a room of 5,000.”

Inclusion is a key tenet of The Mowgli’s’ mission; several times, they have partnered with the International Rescue Committee to raise funds and awareness, and have dedicated a portion of their tour proceeds to the cause. “We’ve worked with them in the past and they’re really great,” Dieden says. “We believe everyone deserves to have a safe place in this world. We’ve gotten a lot of shit for it from people that are like ‘This is our country,’ the same people that are ruining the world are the same people are firing back at us. The IRC does a great job, and we’re really passionate about this cause, so we wanted to give a portion of our proceeds to them,” he explains. “We just want to help.”

The tour will bring The Mowgli’s to Nashville on March 8th for a show at The Basement East. “I love Nashville, I go there to write frequently. I love the city,” Dieden reveals. “I’ve played awesome shows there and I’ve played shows where I’ve felt we were playing to people who just got done writing songs all day and they were music-ed out. It’s like a factory, it’s the same in L.A,” he says. “That’s just part of it.” The band is currently working on writing songs for their next album and enjoying getting back to the basics band-hood. “We’re a family, we’ve been best friends for 10 plus years,” explains Dieden. “We just happen to be in this band together. If we weren’t out here doing this, we’d be back in L.A. hanging out regardless,” he adds. “It’s just great.”