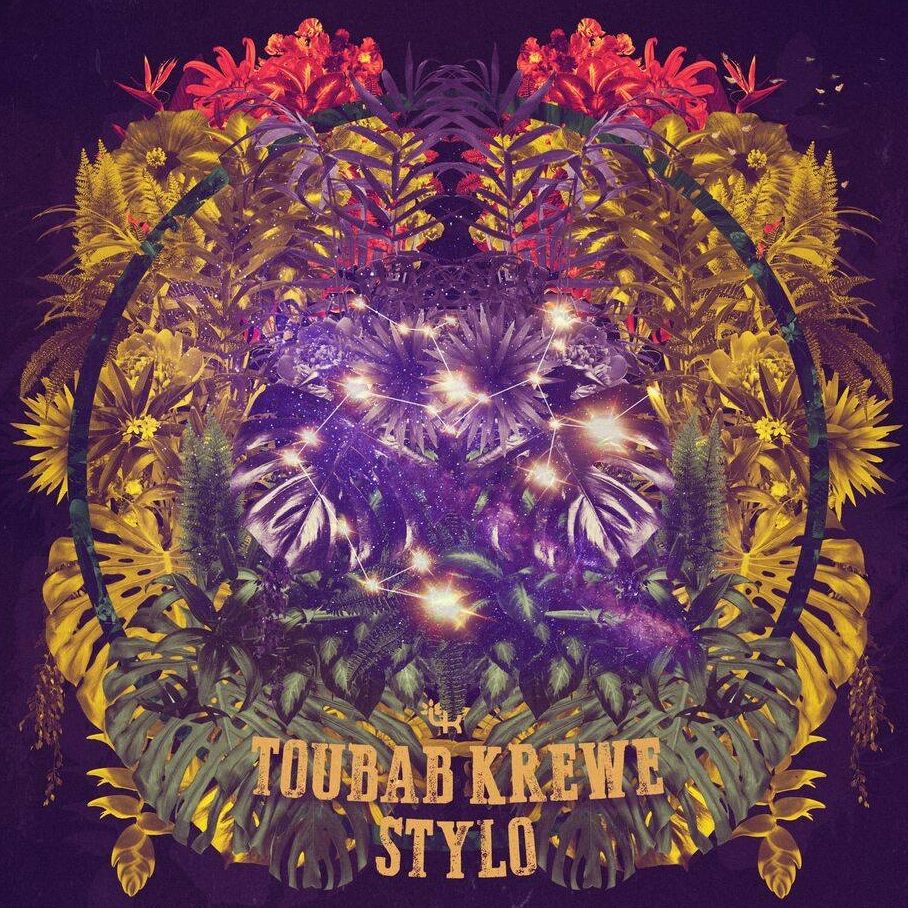 OG Asheville band Toubab Krewe is breaking their seven-year studio silence with Stylo, their new album set for release on March 2nd.  Again, no words are needed as West African polyrhythmic melodies produced by instruments such as the Kora and Kamele n’goni are partnered with hypnotic beats from a traditional drum set and other African-centric percussion.  The quintet stacks these with Appalachian mountain picking to produce intricately unique body-moving grooves that separate them from other top instrumental outfits.  Musical quest seekers will find solace and spirit on this eight-track album.

“Night Shade” begins as it ends–with organic guitar tones; the meat of the song whisks us away to a Shaman-led ritualistic ceremony embracing African dance as the song builds into an exhilarating frenzy with a concise release, while bottled Caribbean energy of “Saba Meniya” calls for a dance in the sand with a favorite drink.  The infectious tones of the Kora carve the path to the subconscious, lighting the way to a dreamlike carpet ride. The group’s African musical education further shines in “Lafia,” laden with grungy electric guitar that is hidden by a driving force of gypsy-like music headed for worlds unknown.

“Toubab” in West African cultures means “person of white descent” or “foreigner,” and “Krewe,” which originated in New Orleans, refers to a group of people “putting on a parade or ball.” Embracing their moniker to the fullest, Toubab Krewe expresses their originality by enveloping a worldly sound that is at home nowhere and everywhere at once.

[This review was handcrafted by Eo8’s own jam band enthusiast Rich Harley.]