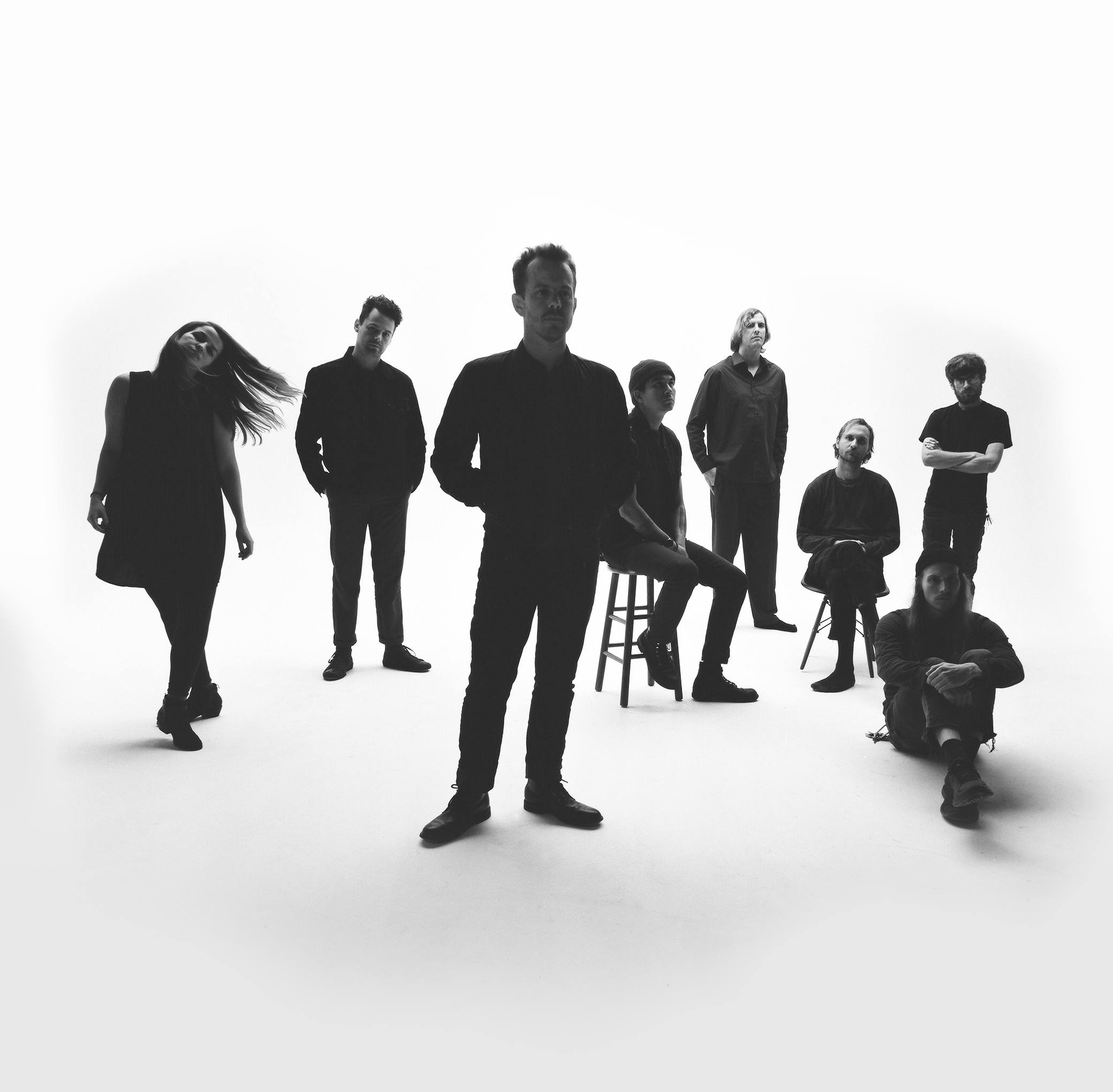 “Listen. Of all the things you’re about to lose, this will be the most painful,” relays Typhoon’s Kyle Morton, in the spoken word introduction to the band’s latest release, Offerings, out January 12th via Roll Call Records. The album was an ambitious undertaking, almost two years in the making, which tackled the theme of memory loss, and the madness that results from it on a personal and social level—the sonic expression of which is nothing short of mind-blowing.

“Musically, it’s a departure for us, because we’d been this chamber-pop/folk thing for the last five years; this one goes back to rock n’ roll, and it’s more experimental than our other records, with all the noisescapes,” Morton explains. “I wanted it to emulate what I imagine memory loss is like, moments of clarity that melt into backdrops of confusion and oblivion. It was a steep curve; I engineered it, and it allowed me to go down the wormhole on those noise experiments. I’ve always been pretty fascinated by memory,” he continues of the album’s theme. “Memory can be selective, and if human life is subtractive and you lose things as you get older, what are the bare essentials to hold onto when you get to that endpoint? Also, I was amazed how many people my age and younger can’t remember what happened a month ago. There seems to be kind of an early onset dementia en masse. The way we get our information is in little bite-sized chunks without continuous meaning, 240 characters here, an image or two there. Attention spans keep getting shorter,” he adds. “It’s a disturbing trend.” Inspired by the dream logic and surrealistic landscapes of David Lynch films, and specifically Federico Fellini’s 8½, a film about memory and composing one’s life out of pivotal moments, Offerings is divided into four movements (Floodplains, Flood, Reckoning, and Afterparty) to represent the mental phases the main character goes through where he first realizes that something is wrong, then struggles through the chaos of his situation, and finally moves into acceptance before succumbing to his dreadful fate. In an age of singles, this album is meant to be thoughtfully digested as a whole. “The songs are nice on their own, but to only listen to it piecemeal, it doesn’t work the same way,” says Morton. “It would be like watching only one scene from a movie.”

The Portland-based collective, a small army on its own, began in a Salem, Oregon garage when Morton and bassist Toby Tanabe were all of 13 years old. The band was called The Mops, which might be the cutest thing we’ve ever heard. “My songwriting back then was atrocious, angsty heartbreak songs,” laughs Morton. “I eventually started reading a lot more, watching a lot of films, and exposing myself to the arts in a way, and started writing Typhoon songs.” He recruited his friends from Salem, they moved to Portland, and Typhoon was born. The band, whose music bursts with movement, experimental sounds, and at times, commands audience participation, makes rock music that resembles classical pieces, rather than just songs. “I really like music that moves, music that doesn’t get tied down by a chorus. That’s one reason why we got told early-on that we’d never be a radio band because we never really have choruses,” he laughs. “It’s more of a painterly way of writing music. I can’t write pop songs, but I really admire people who can. There’s an economy that I don’t have that’s required to write a good, catchy pop song. For better or worse, I just write songs, and I’m just glad if anybody shows up,” he adds with a laugh. “We’ve been around for about 12 years now, and for the first half of that musical career we were just playing to either nobody or our friends in a basement.”

They’ve definitely come a long way from playing basement shows—Typhoon is currently on a world tour, landing in Nashville to perform at landmark venue Exit/In on February 3rd with Bad Bad Hats providing opening support. And don’t worry, the band will be playing old favorites at the show along with tracks from the new record. “We wanted to ease people into it because it’s a little bit of a system shock for those die-hard people who love the clapping and chanting from our previous stuff,” Morton laughs. “We’ve only played Nashville once before, but we had so much fun. We can’t wait to go back.”